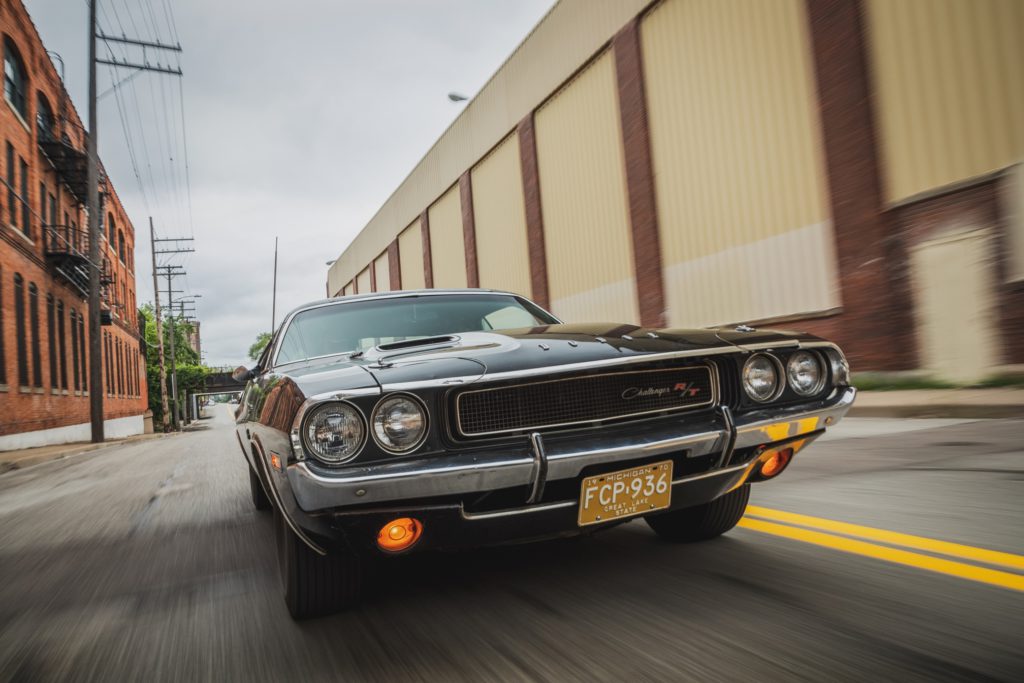 1970 Challenger on the streets

At first glance, any list that includes a Duesenberg and a Dodge Challenger has to be a misprint. But, when the Historic Vehicle Association (HVA) recently added these two cars to their registry for 2020 it actually made sense. These two models, light years apart, still presented as muscle car icons in their day. 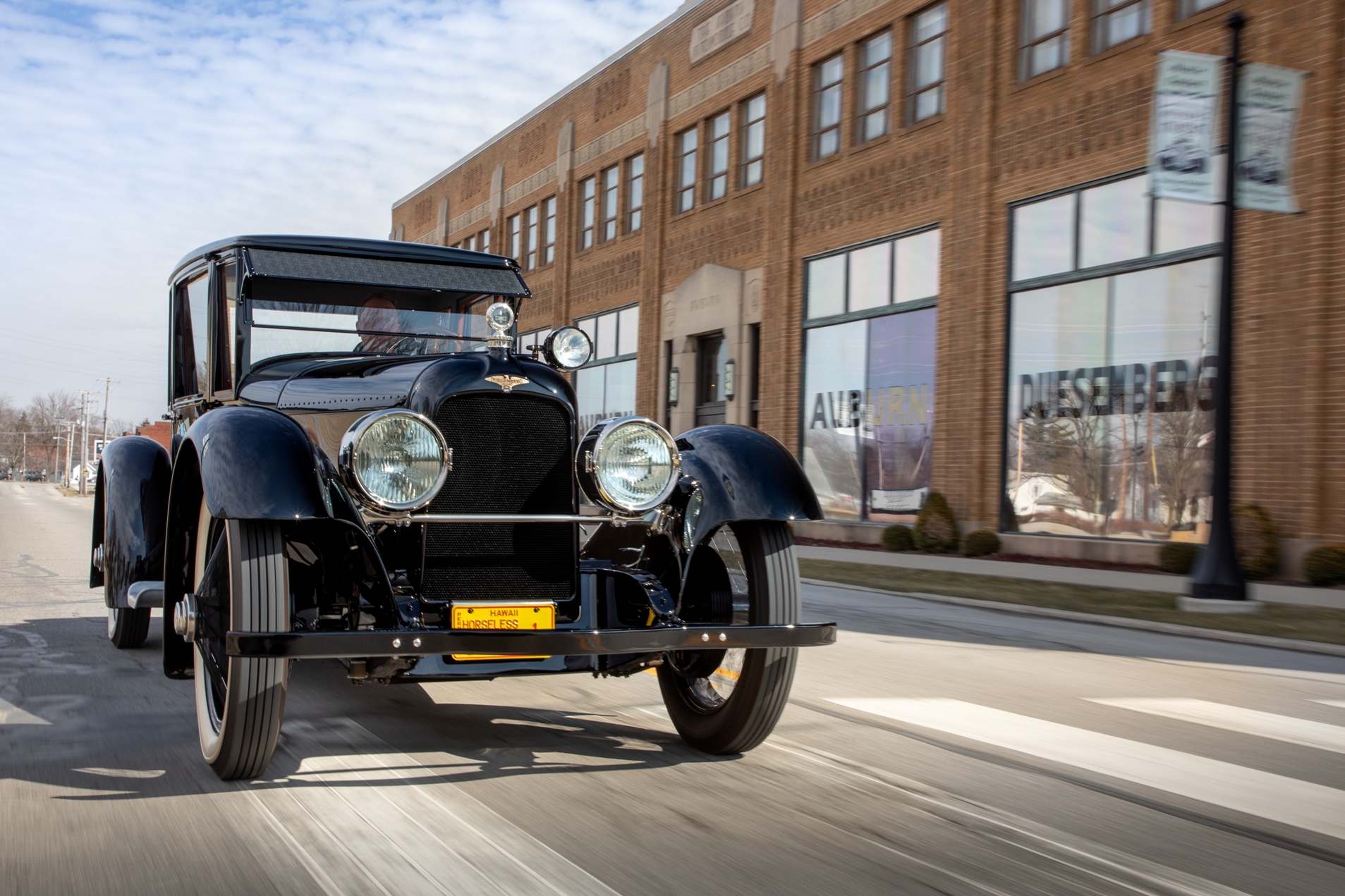 The Historic Vehicle Association (HVA) was founded in 2009 to “promote the cultural and historical significance of the automobile and protect the future of our automotive past.”

They accomplish that mission statement through four major activities: 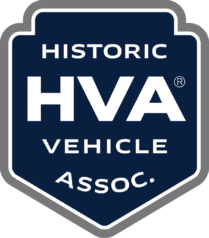 In 2013 they joined forces with the United States Department of Interior to formally recognize their registry, which is documented in the Library of Congress. As HVA’s Historian Casey Maxon advised, they carefully photograph and document these vehicles so they can be preserved for future generations. What is unique about this registry is that specific cars are selected and made part of the registry. So they aren’t just acknowledging the significance of all 1970 Dodge Challengers but selecting a specific car, like the 1970 Challenger RT S/E owned by the Qualls Family. 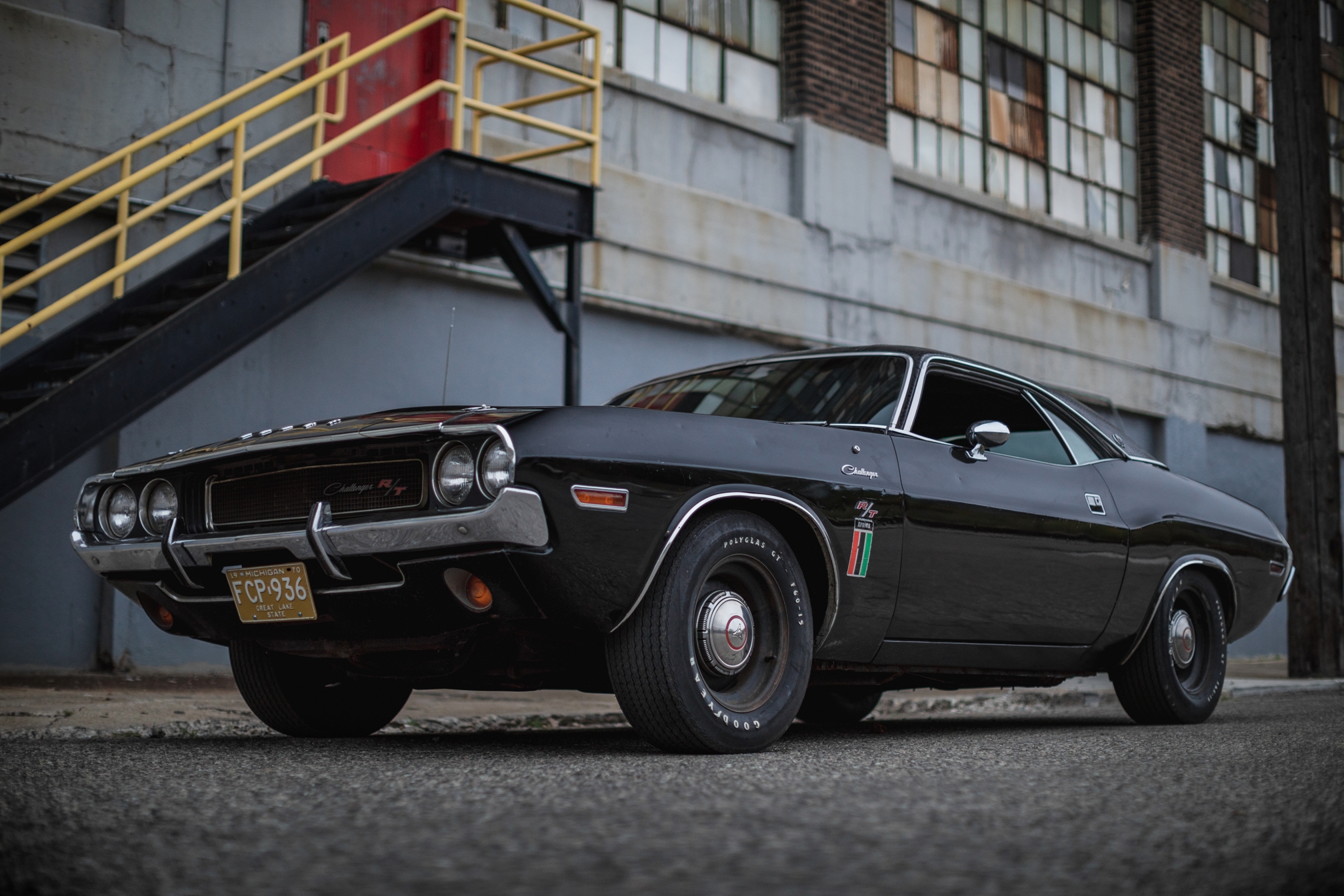 This Challenger has an interesting story regarding the ownership, but beyond that it, it is an unrestored car with only 45,000 miles on the odometer. Godfrey Quall, a Detroit motorcycle police officer, special ordered this Challenger and knew what he was doing when selecting this street racer. It comes with the revered 426 CI HEMI engine. Even more important it has the “Super Track Pak,” which included the four-speed manual transmission with the Hurst pistol grip shifter and a Dana 60 rear end with 4.10 gears. Quall styled it with a vinyl roof and a houndstooth interior. 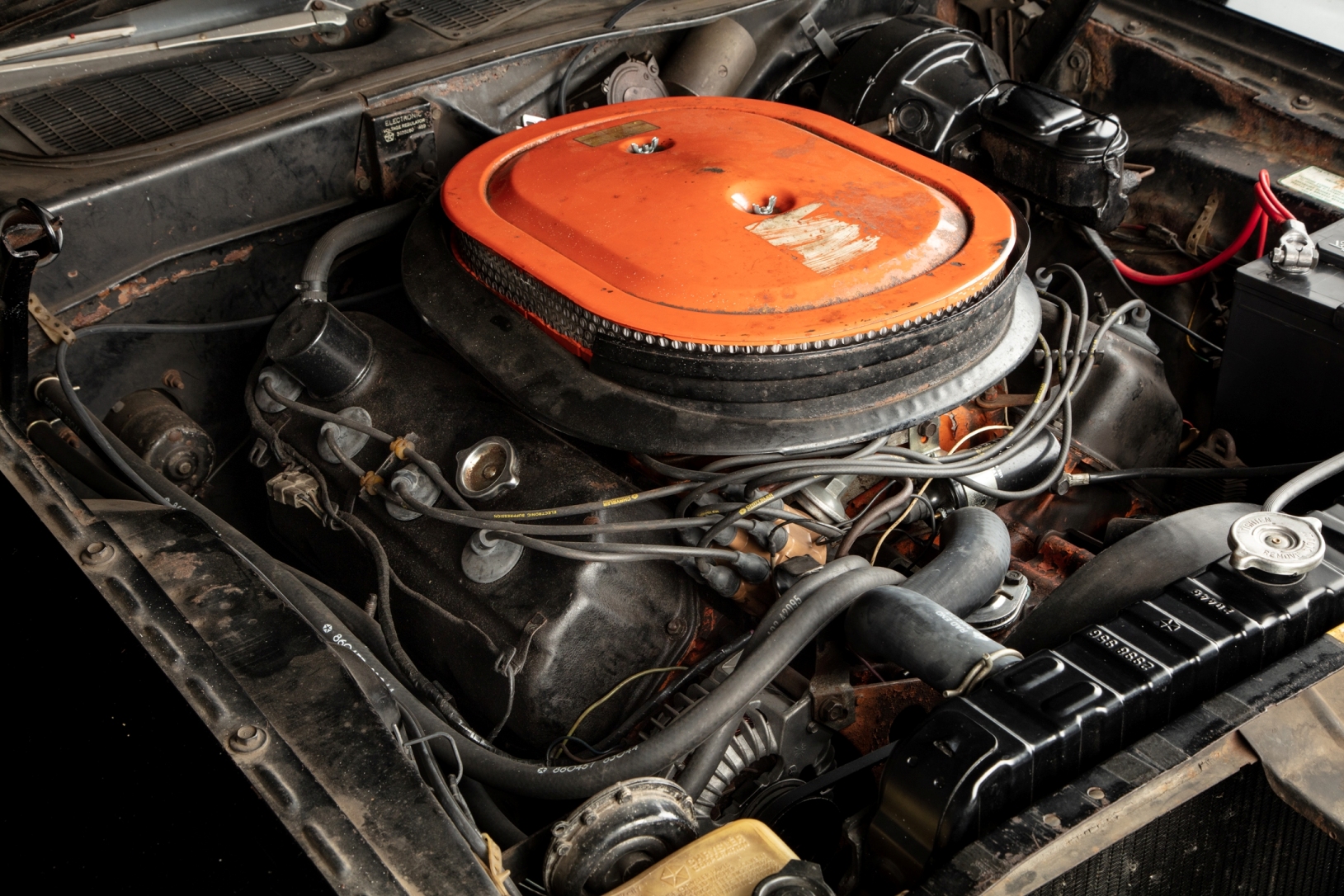 Quall used this car as his daily driver, but the policeman also had a second use for this impressive machine. After working days as a traffic officer, he would cruise the avenues around Detroit at night as a street racer. His day job probably was why he kept such a low profile, often disappearing from the racing scene for months at a time, earning him the nickname of the “black ghost.” 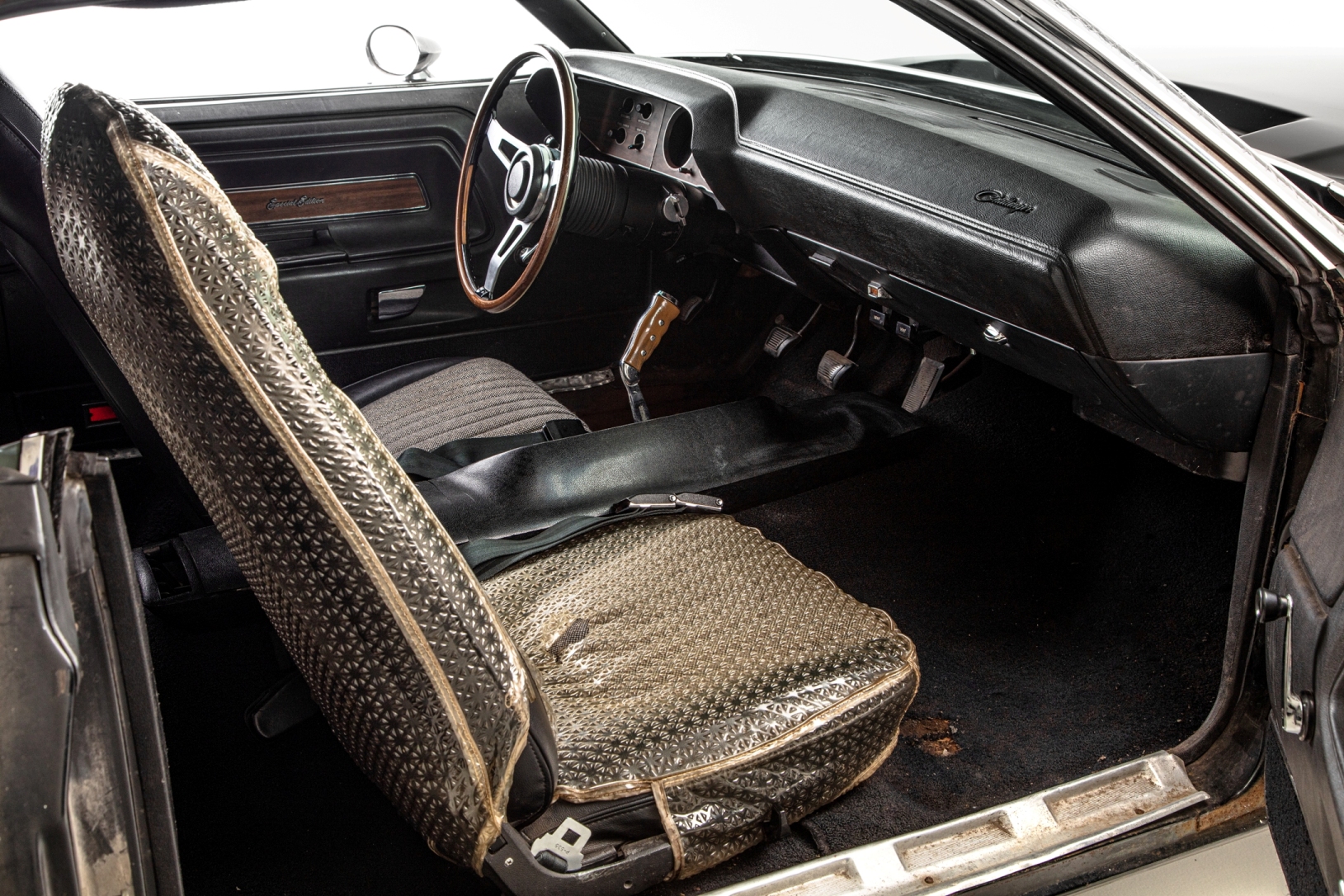 Eventually, the car went into long term storage for over two decades. After Godfrey Qualls passed away in 2016, his son Gregory opted to bring it back to the streets as a tribute to his Dad, who was also a veteran and Purple Heart recipient. Gregory Qualls has shown the car at various events and hopes to pass it on to his son eventually. 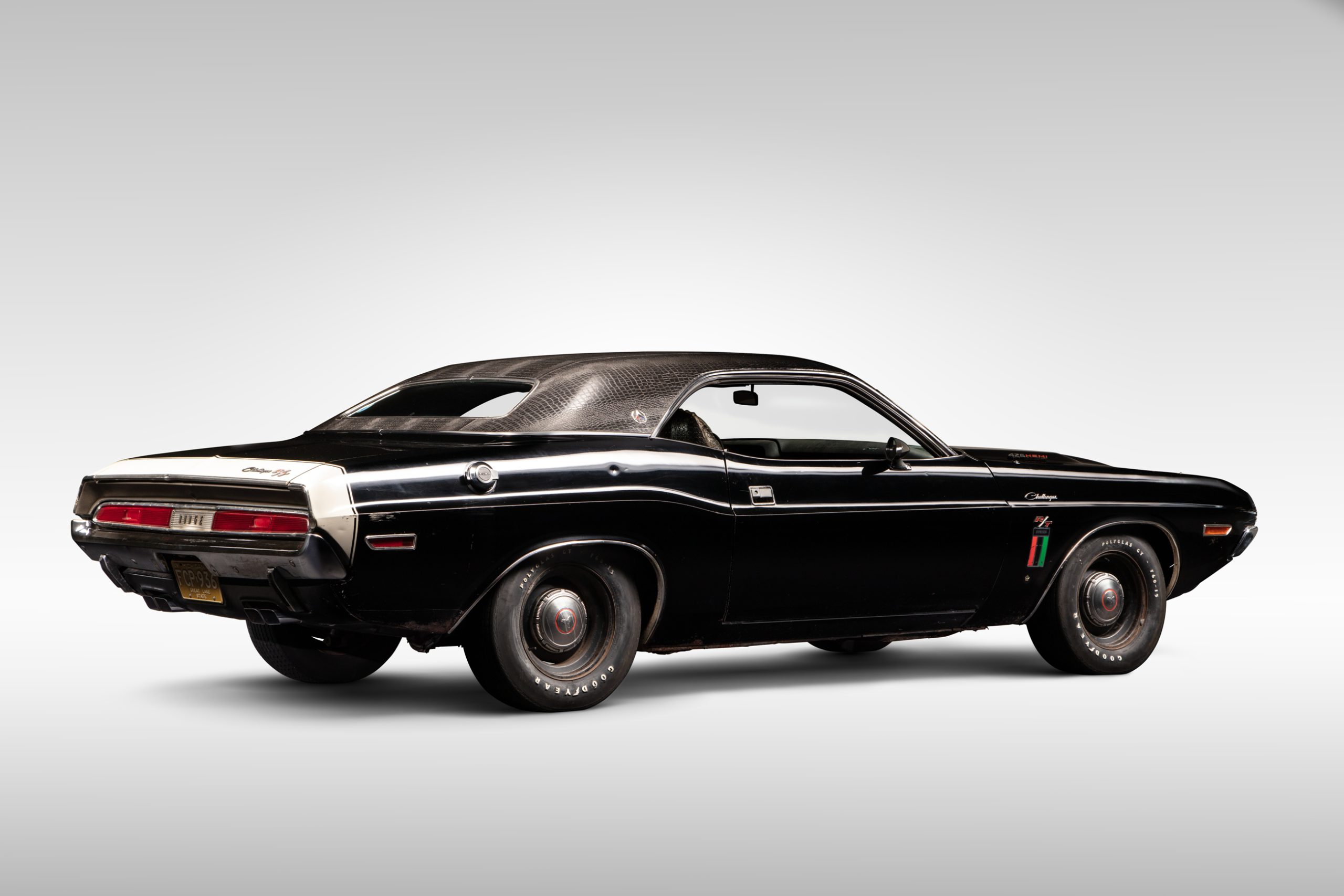 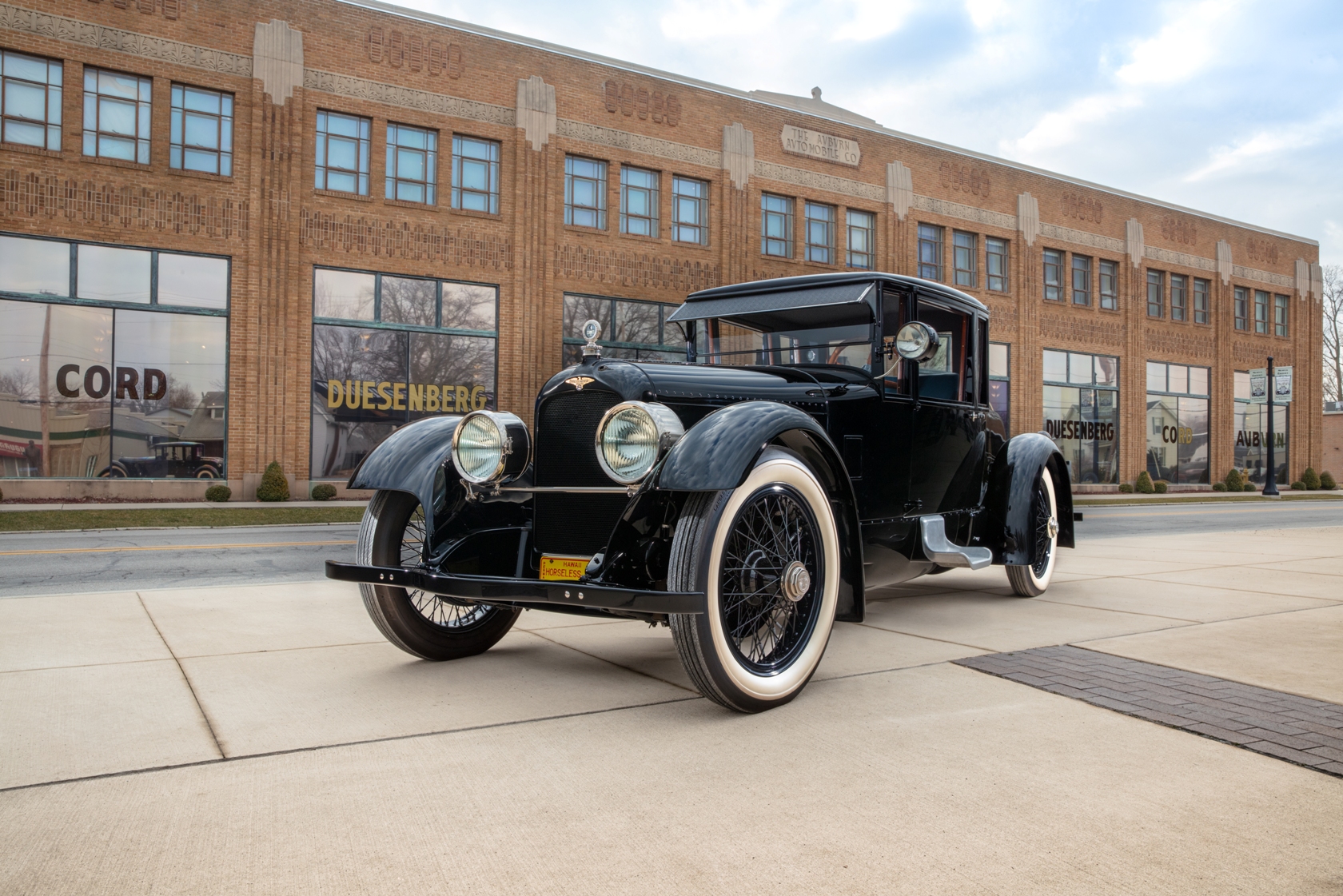 Since 2020 marks the 100th anniversary of Duesenberg, it seems more than appropriate to select a Duesenberg as the bookend for the Challenger on the HVA Registry. This specific Duesenberg Straight Eight was ordered in 1919 by Samuel Castle of Hawaii. After some production delays, he took possession of the car in 1921, becoming the first owner of a Duesenberg passenger car. 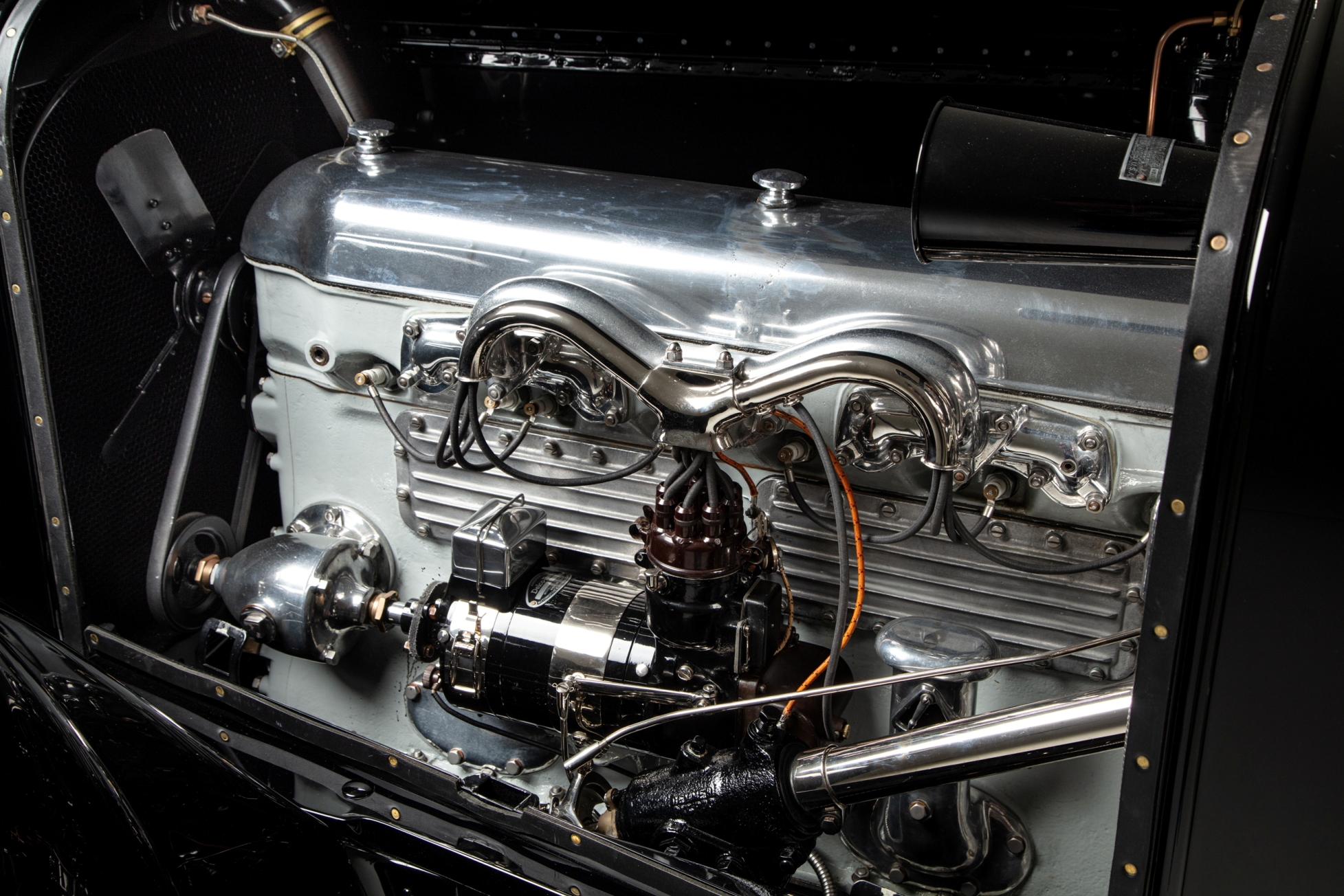 At the time Duesenberg engines were high-end racing engines and frequent winners at American and European racetracks. The Straight Eight engine could move the car up to 100 mph, a truly impressive feat in 1921, especially for a street-car. 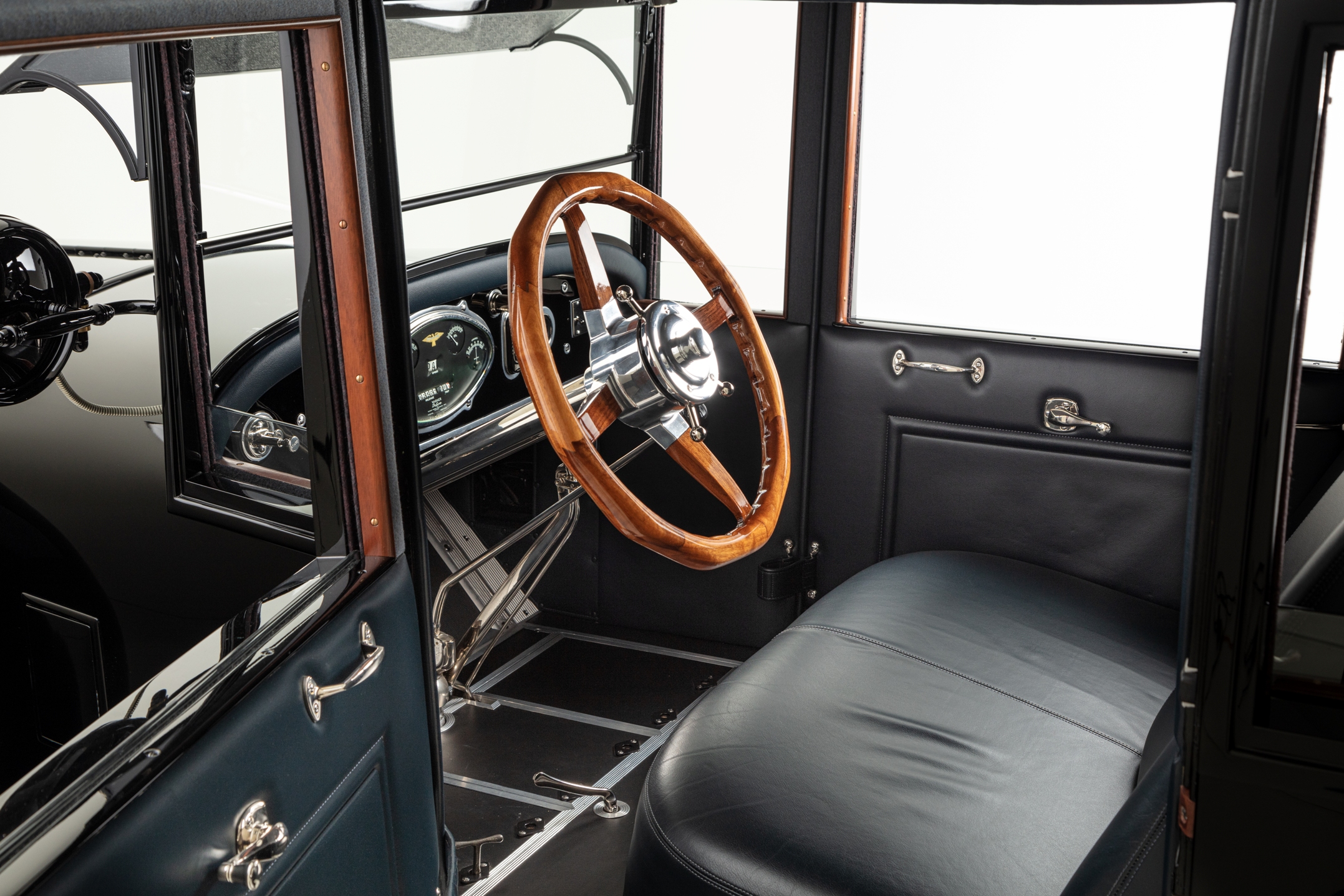 Duesenberg’s were sold as an engine and chassis, then owners would select a custom coachbuilder for the body. Castle had the coachwork customized by Ohio’s Bender Body Company to accommodate his seven-foot frame. The car featured patented four-wheel hydraulic brakes and an overhead cam in the straight-eight engine.

The Castle Duesenberg stayed in the family when Samuel Castle died in 1959, with his nephew James taking ownership. James had the car transported to San Francisco and kept it in storage there before his son James Castle Jr. became the owner in 1994. In 2010 a 10,000-hour restoration/preservation of the Duesenberg was commissioned. Afterward, the car was donated to the Auburn Cord Duesenberg Automobile Museum in 2019. 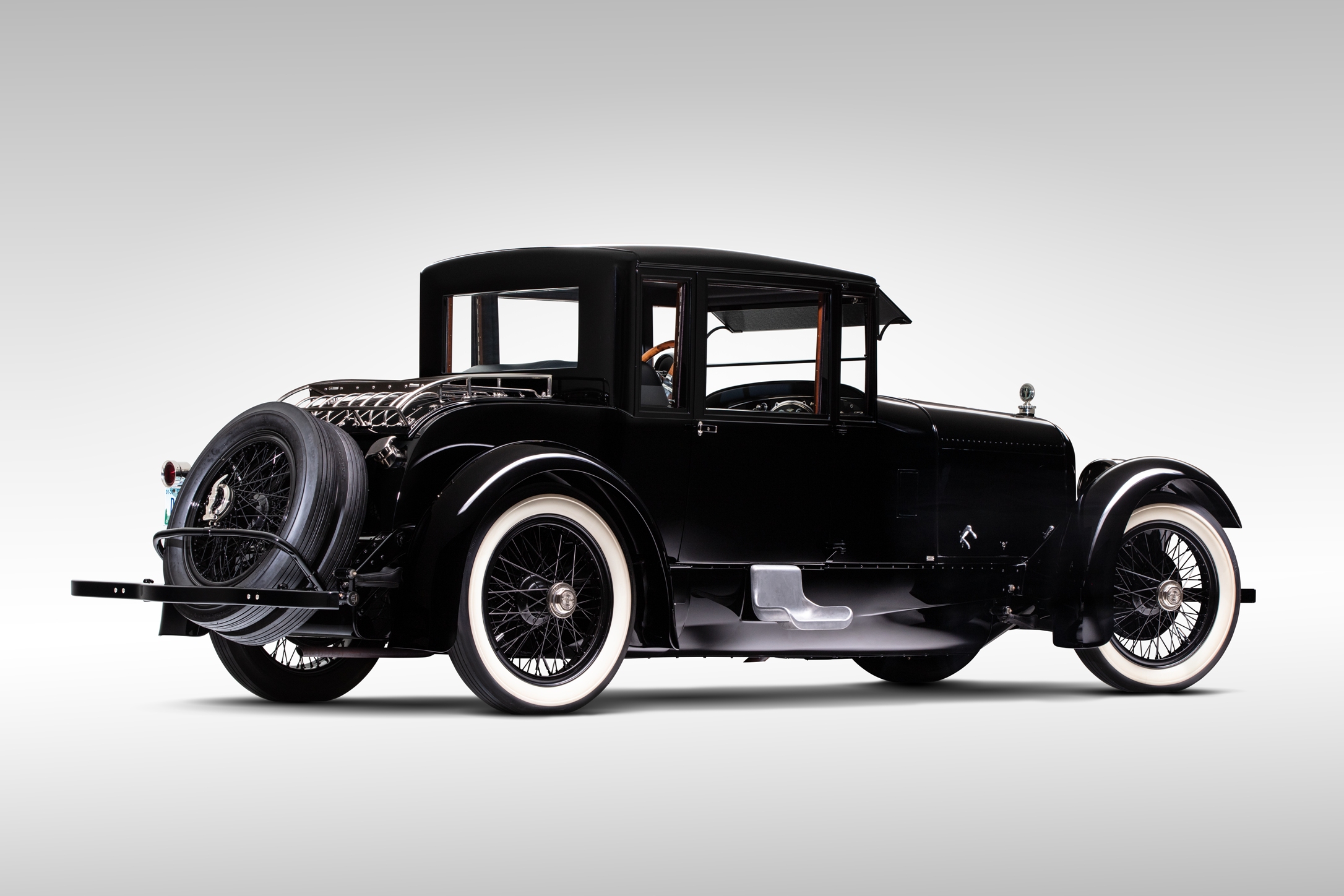 Now, when the 1921 Castle Duesenberg was developed only the ultra-rich could even think of owning such a machine, which went for over $7,000 without a body. But, nearly 50-years later the 1970 Challenger could be purchased by an “every day guy” like Quall. Quall’s Challenger even had a trailer hitch mounted, as Quall would trailer a Norton Commando motorcycle to area race tracks for some cycle races.

Maxon, HVA’s Historian, admits that “at first glance, these cars are polar opposites.” But he feels the selection of these two cars; “help tell the story of how the economy and car ownership changed over the decades.”

The Castle Duesenberg was outfitted with full-length aluminum belly pans and exhaust cutouts to improve the performance of this race engine. The first year Challenger was rated at 425 horsepower and was equipped with a 150 mph speedometer and a tach that redlined at 8,000 RPM’s. Both cars would be popular “muscle cars” for their era.

Generally, the cars selected for the HVA Registry are honored with a display on the Washington Mall in D.C., according to HVA’s Vice President, Diane Parker. But COVID-19 restrictions prevented that in 2020. Hopefully, the 2021 selections will return to the Mall for all to see and admire. Presently there are twenty-eight vehicles in the registry, so check out the list and see which automobiles are already enshrined and which might be your favorite.