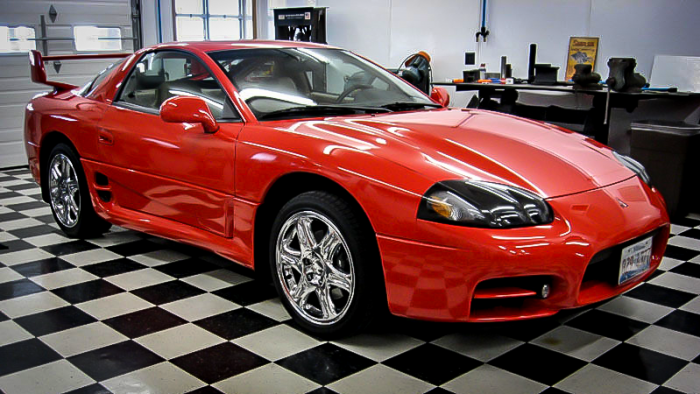 The 1990s began to show promise for speed junkies longing for a car worthy to be called fast. Dodge had just introduced the concept Dodge Viper at the end of the previous decade, and GM was making strides with their small block V8 technology that would forever change the way performance was viewed. The golden age of muscle cars was long past, and a new breed of high performance production cars emerged revolutionizing what fun to drive fast cars could be. And while there was progress being made in the United States, there was a real revolution going on in Japan and Europe, where some of the best cars of all time were being dreamed up and built.

Perhaps even more important, is the fact that “supercars” could now justify being called by that term, without imparting any disgrace to it. Finally, this is also the decade that Japanese car manufacturers said, “wait, we can be fast, too!” So lets take a look at the fastest Japanese-made cars from the 1990s:

The Fastest Japanese Cars Of The 90s! 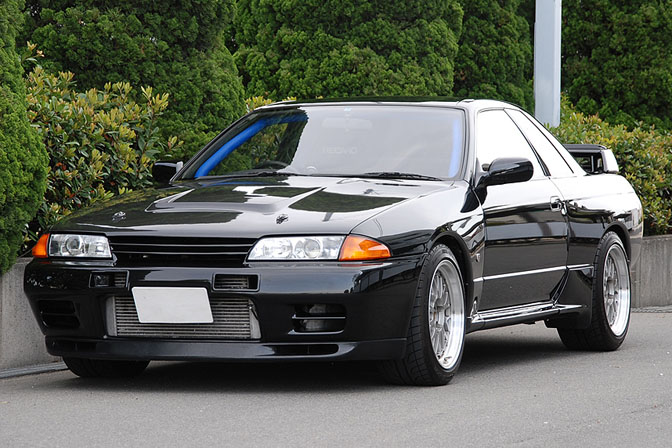 The Skyline holds a special place in my heart because I actually lived in Japan for a year and had the pleasure of owning an R32. The Skyline GTRs of the 90s came with the RB26DETT twin turbo inline 6 cylinder engine and an all wheel drive system that helped this car achieve some of the fastest times ever recorded at Nurburghring. In fact, a 1995 GT-R completed the lap at 7:59. This is faster than many of the exotic cars on the list, including the Bugatti EB110, Porsche 911 Carrera and a Lamborghini Gallardo. 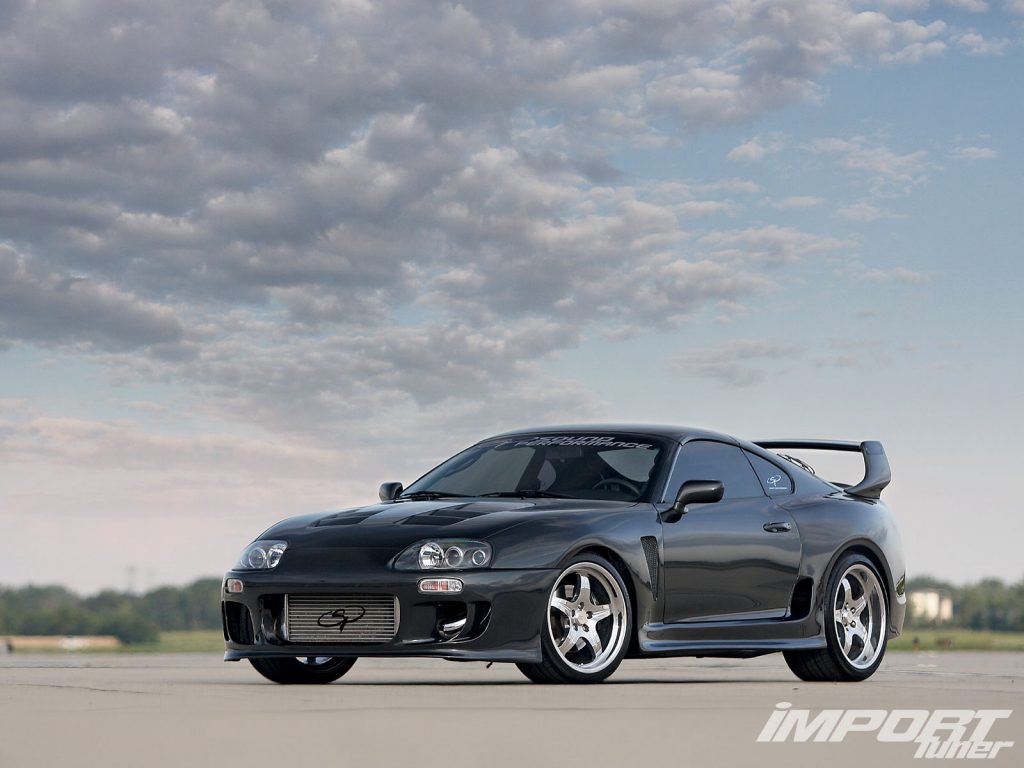 Very few cars are as recognizable on the tuner scene as the Supra is. Of course, there are also none as rare. Even during my time in Japan, seeing a Supra at the local drags was a rare occurrence that marked the highlight of my week. The legendary 321 horsepower 2JZ engine was made even more famous when movies like The Fast and The Furious hit the big screen. Unfortunately, it is almost impossible to find an un-molested Toyota Supra in good condition. 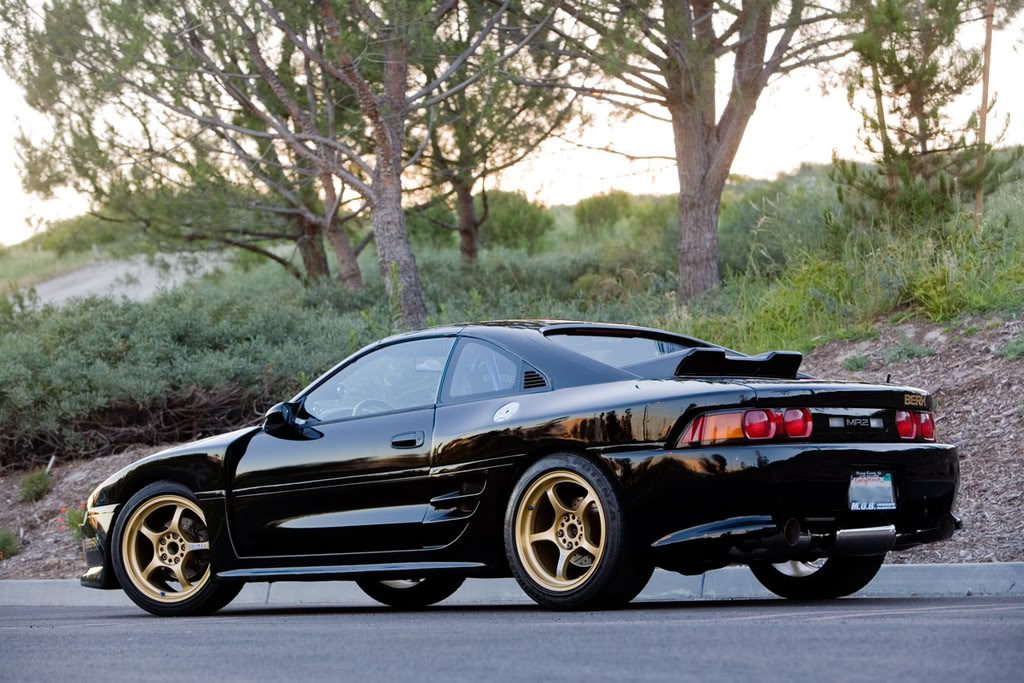 While far from the most powerful car on this list, it still deserves recognition because of the overall lightweight and excellent handling of this little mid-engine car. And, if you didn’t know any better, you’d have to give it a second look just to make sure you weren’t looking at something a bit more exotic. At its height, the Toyota MR2 was capable of running a ¼ mile in 14.2 seconds. 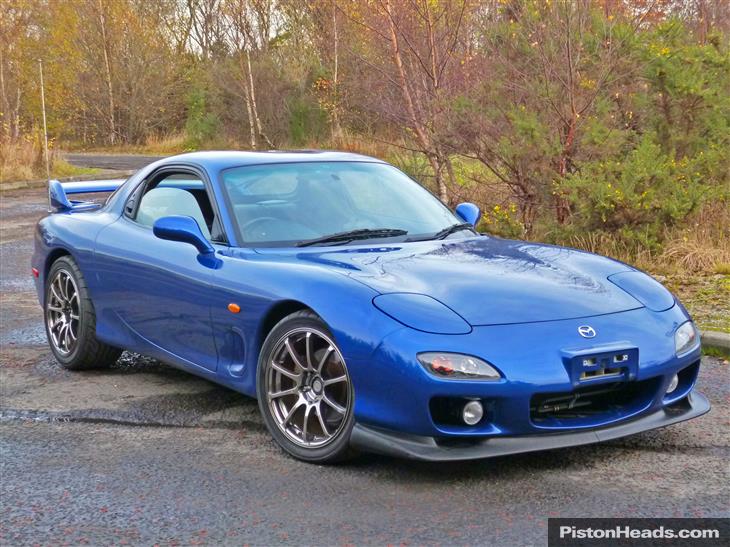 I had the privilege of riding along in a late 90s Mazda RX7 on a few occasions before I left Japan, and I can say that holding on for dear life was necessary. These rotary engines produce 276 horsepower and weigh much less than a piston engine does. Even though the last year of US production was in 1995, the car would see another seven years abroad. And, in 1999, the RX7 was an all out sports car with one goal in mind: world domination. In 1999, the Type RS could reach 0-62 mph in only 5.3 seconds.

Because I’m not a fan of anything made by Honda, it pains me to add the Acura NSX. But, I have to give credit where it is due. So, there it is. And now I’m gonna make like Forrest Gump and say, “That’s all I have to say about that.” 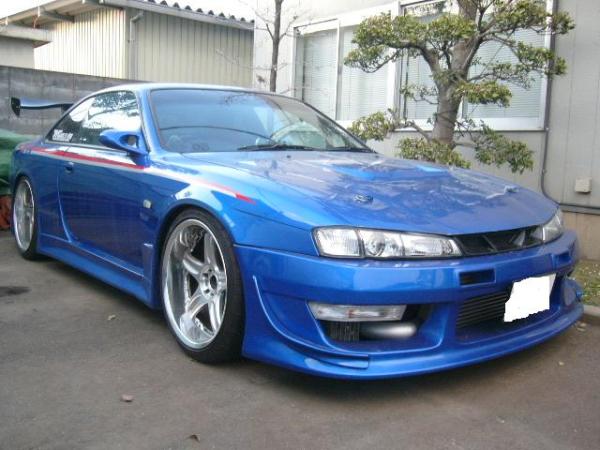 AKA 240SX, this sport coupe came with the SR20DET 4 cylinder turbo engine. It produced just shy of 250 horsepower which helped it limp down the ¼ mile in under 14 seconds. In a world of front wheel drive entry level coupes, the Nissan Silvia stands out as one of the few made in rear-wheel drive. Which, if we are being totally honest with each other, is a necessity if you’re serious about performance. However, the real performance of the Silvia rests in its excellent ability to take tight corners at higher speeds.

Mitsubishi had the right combination of an AWD twin turbo V6 capable of producing 320 horsepower and making the mad dash from 0-60 in just 5.1 seconds. The 3000 GT, also available as the Dodge Stealth, is a fairly rare sight. They were a bit on the heavy side, and after the quick acceleration was over, it was more of a dead fish than a torpedo. 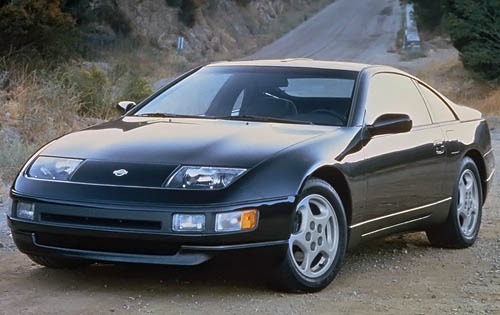 Yes, another Nissan. But hey, when you’re good at what you do, you get recognized for it. The Fairlady Z broke into the middle-of-the-road American sports car market with a finely tuned 300 horsepower twin turbo V6 with lots of high-tech Japanese goodies. What kind of Japanese goodies? How about the Super HICAS steering which turned all four wheels in cornering? And, to make matters even better, the car was cheaper than almost anything else in its class.

The Fastest European Cars Of The 90s! 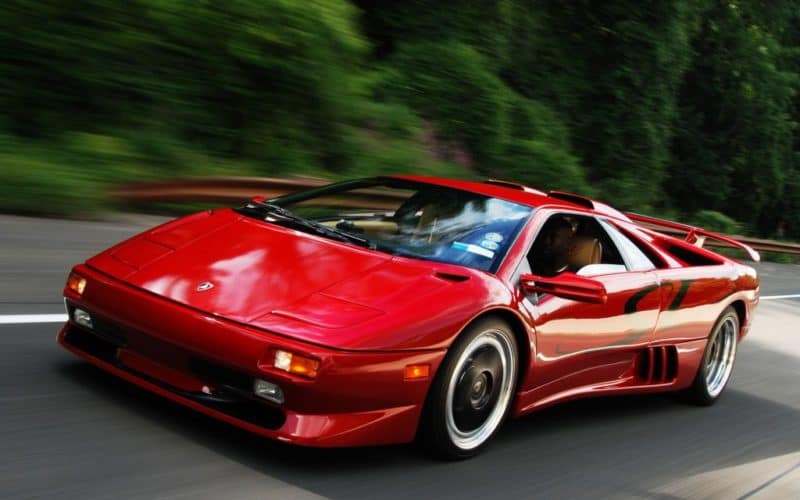 This time, we’ll look at the fastest cars of the 90s that came from Europe. The cars range from exotics to sedans, but all have one thing in common: they were the fastest cars coming out of Europe at the time. Scroll down to view the list. 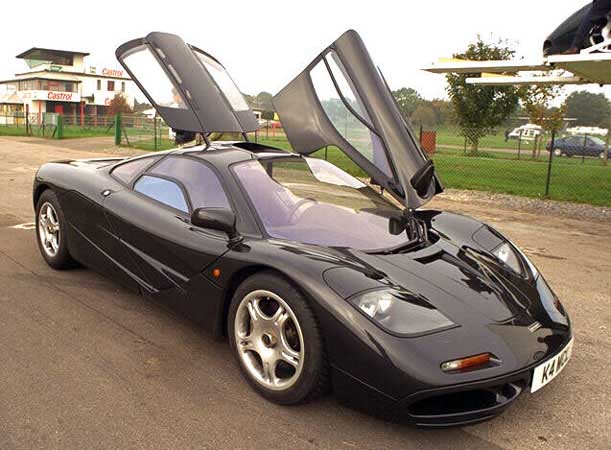 Few cars on this list remain relevant by today’s go-fast standards. However, the McLaren F-1 was the original super car, with its capable top speed of over 230 miles per hour. Everything about this car from the 6.1 liter 618 horsepower naturally aspirated V12 to the liquid lines of the body forced all other automotive manufactures who wanted to be called exotic car makers grimace with envy. Truly, this British car maker set the standard for every super car to follow.

Following the highly successful racing scene of the F40, it seemed obvious that Ferrari would continue on with this heritage. However, the Ferrari F50 wasn’t quite as fast as its predecessor. It still made the jump from 0-60 in 3.8 seconds with a ¼ mile time of just 12.1. And, top speed wasn’t too shabby, either, at 190 miles per hour. Even though this is one of the fastest cars of the 90s, something seemed to be missing.

There have been quite a few fast Mercedes to grace us with their presence over the years, but none were as influential as the AMG built CLK. The 6.9 liter V12 was capable of launching this long and low Benz from 0-60 in just 3.1 seconds, while achieving a blistering top speed of 215 mph. These cars were basically built for one reason: To dominate on the track. But, in order to comply with the rules, Mercedes couldn’t just build a race car, they had to sell a few of them to some lucky buyers with deep pockets. 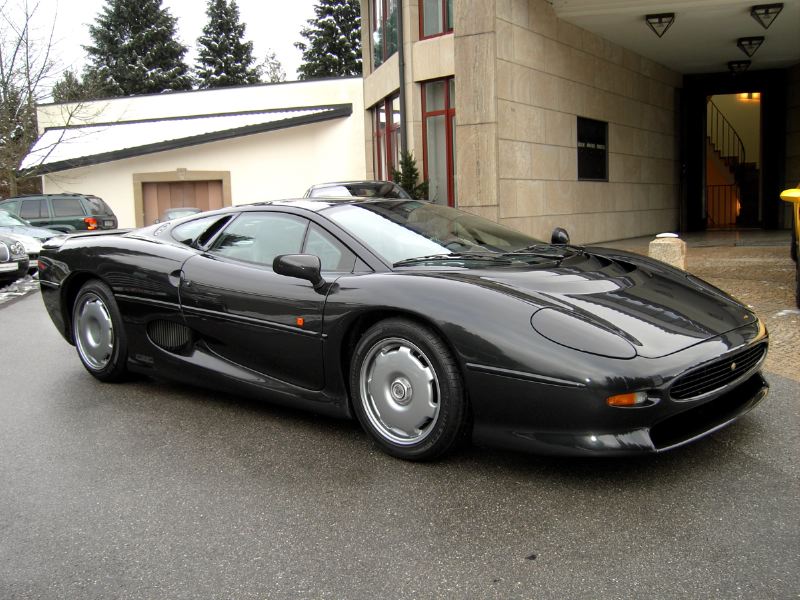 Generally speaking, I dislike Jaguars as much as any red blooded American does. So, the only reason why I’m listing this car, is because it is fast. Reliability on the other hand, is an entirely different story. 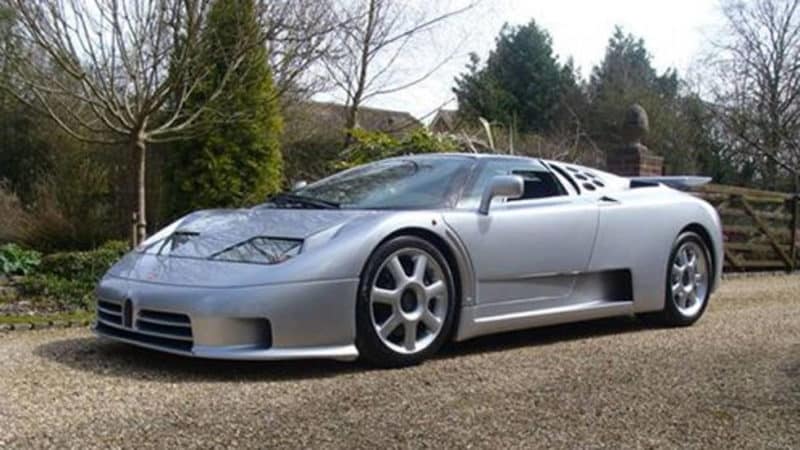 Bugatti is a far cry from who they were back in the 90s, in a good way. Automotive technology has come a long way for the hyper-car manufacturer, who is still very much the fastest kid in town. The EB 110’s quad turbo (yes, that’s 4 turbos) 3.5 liter V12 engine unleashed all of its power to drive each of the four wheels, which helped it inch from 0-62 in only 3.2 seconds, with a top speed of 216 miles per hour. By the standards put forth by the early 1990s, that ain’t bad. 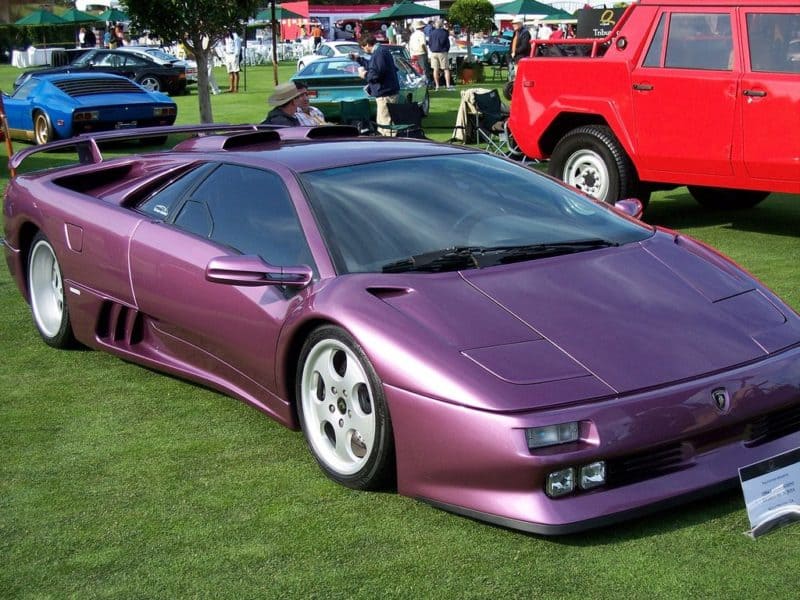 The Diablo was the successor to the Countach throne, after it ended its decades long reign as the Lamborghini flagship model. The Diablo took style and looks to a new level, and disappearing were the days of the wedge shaped super car. Truly innovative, the mid-rear engine super car came with an all wheel drive system that helped plant the almost 500 ponies to the wheels, launching it from 0-100 mph in only 4.5 seconds. The Diablo was the link between what Lamborghinis were, and what they are today. 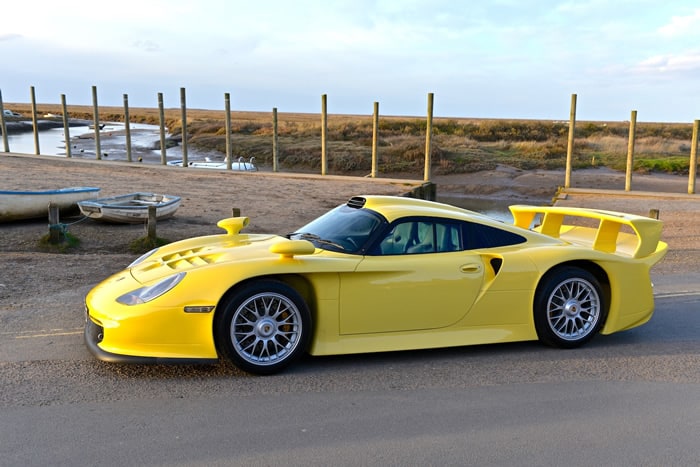 Porsche 911s are fast, regardless. They handle flawlessly, turn heads and drop jaws whenever the tree lights up. However, every so often, Porsche makes their other cars look like shiny turds whenever they introduce something truly spectacular. Such is the case with this race car equipped with a twin-turbo 3.2 liter six-cylinder. Somehow, those Germans were able to squeak 537 horsepower out of a much lighter setup, allowing it to go from 0-60 in 3.9 seconds with a top speed of 191. 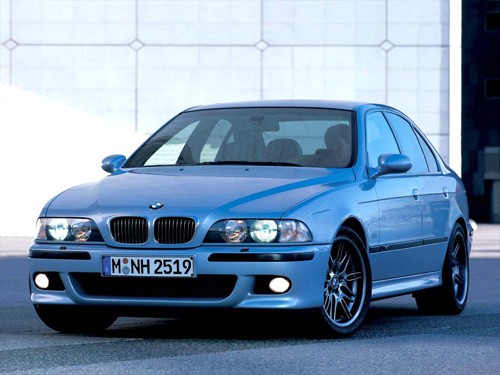 In 1999, the BMW M5 produced a staggering 394 horsepower and was capable of going from 0-60 in only 5 seconds with a factory governed top speed of 155 miles per hour. Those are some awesome numbers coming from a 4-door sedan. 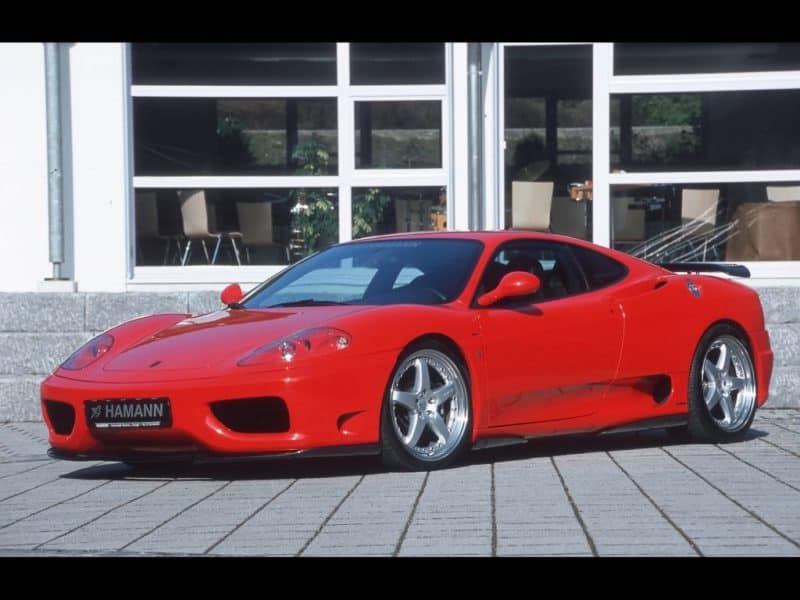 A late-comer to this decade is the 3.6 liter V8 powered 360 Modena. If ever there was such a thing as an “affordable” Ferrari, it would be the 360. The 360 is still modern enough to be cool, but old enough that you won’t have to auction your kidneys on the black market so you can actually buy one. The 400 horsepower engine helped it get from 0-62 mph in 4.3 seconds 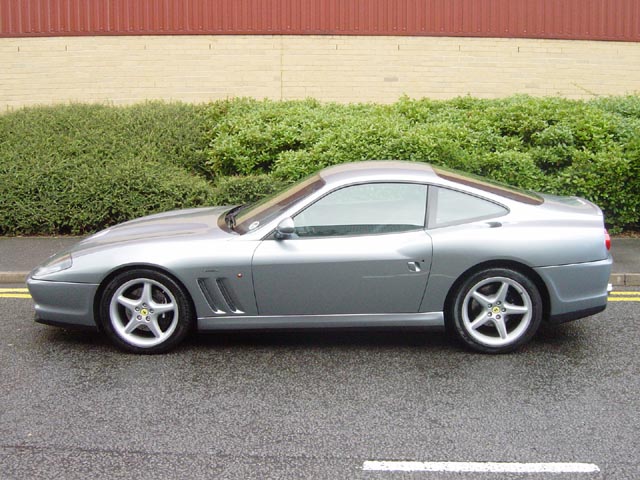 Ferraris were really starting to come into their own by the time the 550 came on the scene. Gone were the days of the slow Testarossa, but still far off from what we’d call a fast Ferrari by today’s standards, the 550 Maranello is a classic and attainable Ferrari for many today. And, when you consider that the 492 horses under the hood of this front-engine mounted beauty helps propel it to 60 miles per hour in only 4.2 seconds, you can’t help but smile. It’s one of the fastest car models to come out of the 90s, and we love it.


Virtual Car Museums Offer Online Adventures for Automotive E...
20 of the Rarest and Coolest Pickup Truck Special Editions Y...
A Dozen Vintage Toy Cars That Are Worth Serious Cash Today
The 2004-2006 Pontiac GTO: Did It End Pontiac?
10 Best 2018 Luxury Vehicles
Do You Call This Overlanding? The HISTORY Channel Does