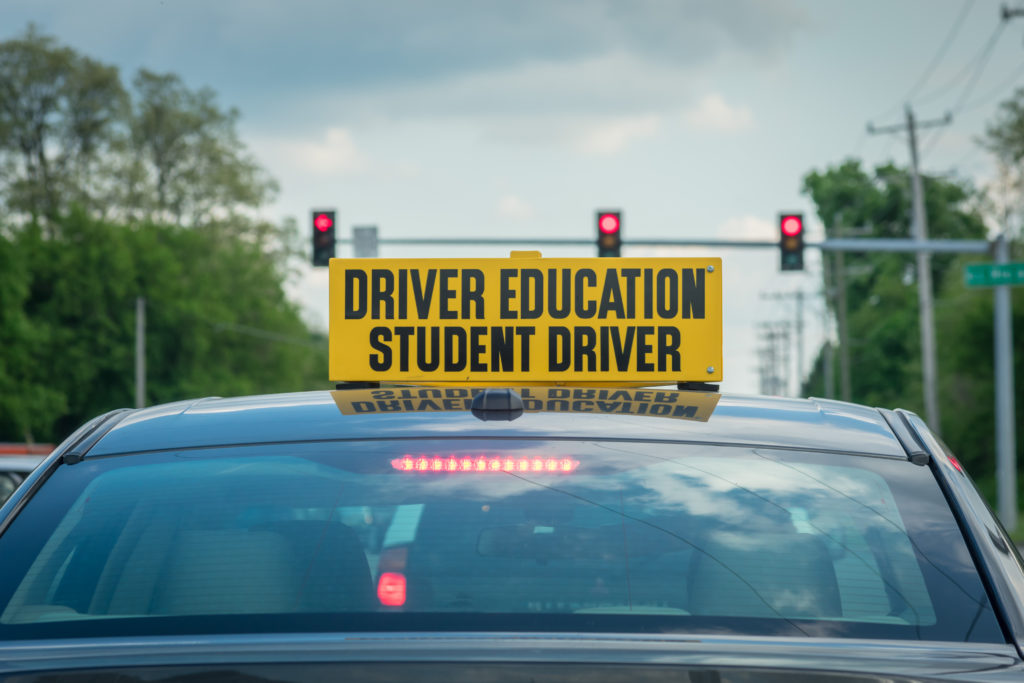 Driving Tests Around the World

Here in the U.S., pass rates can be as high as 96% (in Idaho), according to a National Highway Traffic Safety Administration (NHTSA) study. Even in states with the highest driving test failure rates (New York, Maine), around 60% of those taking the test walk away with a license.

Then there are countries like Honduras, where no practical test at all is required to obtain a driver’s license (just a written quiz). And in the famously traffic-choked Mexico City, no test of any description is needed to legally drive.

Some countries’ driving tests include bizarre components like “driving” a toy car around a tabletop board (Kenya), being repeatedly photographed during the theory exam to prove that you actually sat it yourself (Romania), and testing on environmentally-friendly driving (Slovenia).

We took a look at some of the hardest, easiest, and downright oddest national driving tests.

If you’ve ever yelled, “You need your head examined!” at another driver, Montenegro is your spirit nation. The tiny Balkan country may have only regained independence in 2006, but it already cooked up a comprehensive process for obtaining a driving license, including a psychiatric examination.

Before even taking the practical test, an applicant must attend a 40-hour class at a driving school and then pass a 40-question theoretical exam. But you cannot even sit the theoretical test unless you can produce a medical certificate, which involves being examined by an ophthalmologist and, in all seriousness, by a psychiatrist. Only after all this, and passing the written test, can you even consider the actual Montenegrin driver’s test.

But there’s more. Forty-five minutes of daily training with a professional instructor is recommended, and only when the instructor deems this training complete will you be able to set a test date. The behind-the-wheel exam takes place on a closed training ground and then on public roads. As if to add to the pressure, both the inspector and instructor come along for the ride.

The process for earning a Japanese driving license is notoriously long-winded, bureaucratic, and just plain arduous. Filling out the required paperwork and then completing a rigorous written test can consume an entire day. Then you’ll need to complete 31 hours of training at a driving school before the automatic-transmission test, or 34 hours if testing in a stick shift.

There’s often also a considerable waiting period before the hands-on driving test (which you can skip by graduating from a designated driving school). The Japanese approach is all about the skills needed to safely operate a vehicle, rather than focusing on everyday road savvy.

So, applicants test on a winding closed course, rather than out on public roads. Japan’s examiners are looking for a required level of competence in turning, stopping, signaling, visual safety habits, and compliance with the rules of the road. So much as clip a curb, and it’s all over.

A legal loophole has allowed many Irish to drive for years or even decades without actually passing a practical driving test. The law in Ireland allows drivers to keep renewing their learner permit on the condition that they have a driving test scheduled at the time of renewal. Only the learner driver need not pass, or even show up for, said test. Sure enough, around 10% of applicants fail to attend their scheduled test, and as many as 1 in 6 Irish drivers have never passed a behind-the-wheel driving exam.

Instead, they just keep renewing their learner permit, in at least one case for nearly half a century. No loophole was even needed back in 1979, when the Irish government, in a bid to cut waiting lists for driving tests, declared an amnesty for holders of a provisional license. Around 45,000 motorists took up the amnesty, some of whom are still — completely untested — out on Irish roads.

Unlike Honduras and Mexico City, Egypt does insist on at least a rudimentary hands-on driving test to earn a license. But the North African country has long topped lists of “world’s easiest driving tests,” requiring only that the applicant drive an automobile six meters forward and six meters in reverse. However, this has recently been bolstered with a 10-question written exam.

It may be no coincidence that Egypt consistently ranks among the worst countries for road fatalities (a rate of 42 deaths per 100,000 population, according to the World Health Organization). Hopefully, its new exam addresses the widespread habit among Egyptians of not using headlamps after dark, in the misguided belief that doing so will drain their battery. 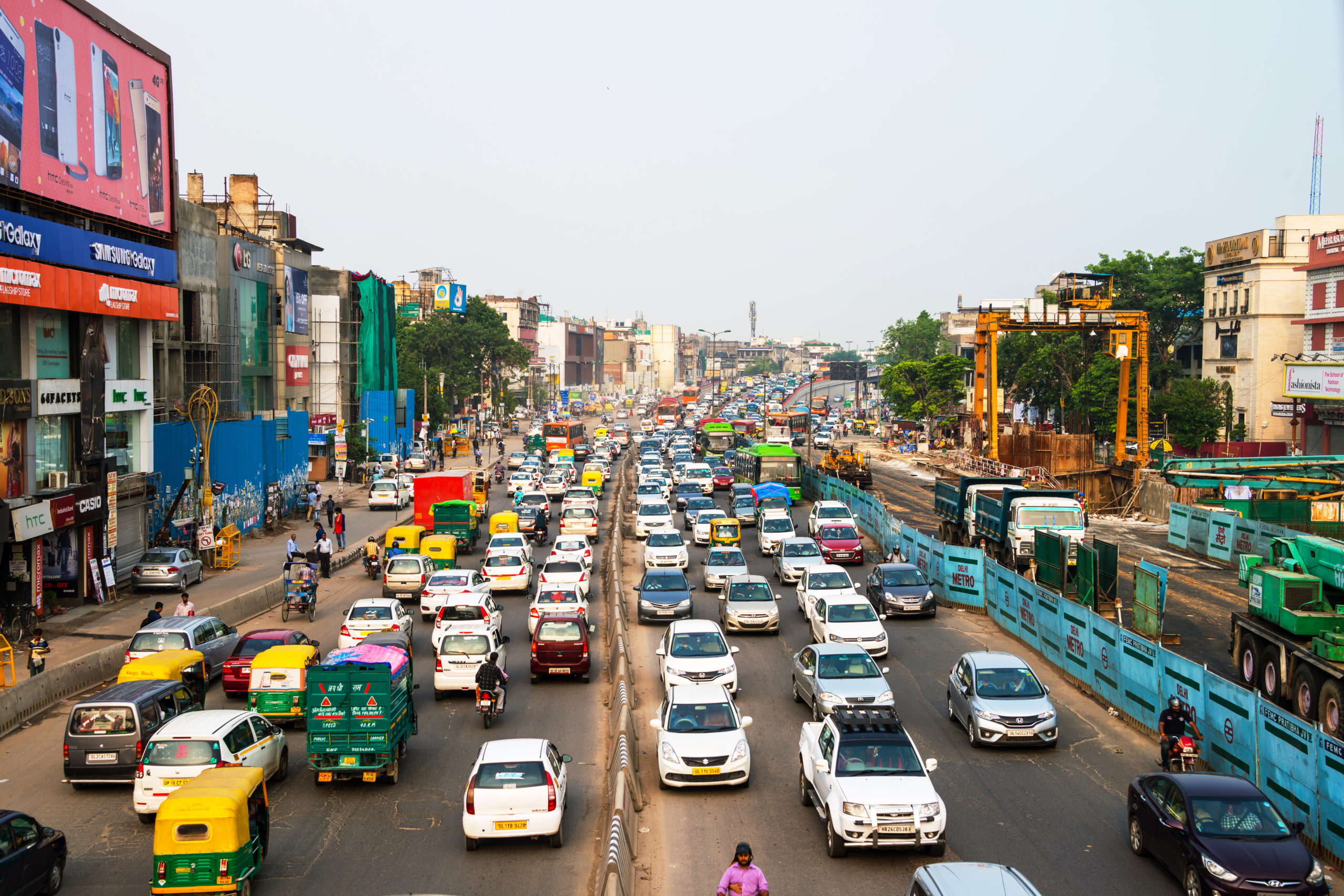 India is another country known for its easy driving test. The theory testing consists of multiple-choice questions, completed on a computer, to determine basic driving rules and road sign knowledge. Then, depending on the state, there’s also a written or verbal test.

The practical test is alarmingly basic, consisting of a simple track where the applicant is required to drive in a straight line, then take a left and come to a stop after 50 yards. Until 2013, the instructor wasn’t even required to be in the car during the test. Once this was enforced, failure rates doubled.

In 2019, the World Resources Institute declared, “India Has the Worst Road Safety Record in the World.” That same year, the Indian government launched a five-year effort to address the issue. The Indian state of Maharashtra even organized a cricket tournament called the Road Safety World Series to raise awareness.

As of 2015, the World Health Organization ranked Libya as the nation with the highest rate of road traffic deaths (73.4 per 100,000 population). At times, road traffic accidents have been the country’s number one killer. But Libya is striving to rectify these grim statistics through its driving license requirements. These included a mandated 65 hours of driving experience before taking a practical driver’s test.

And you won’t be the only person behind that wheel, because you’ll be joined on your test by not only an instructor but also a police officer and other learner drivers awaiting their turn. In a country where small sedans and pickup trucks are the norm, this makes for a really cozy test experience — and probably considerable “back-seat driving.”

In stark contrast to the all-aboard Libyan driving test, applicants in Kazakhstan take the practical portion alone, with no examiner in the vehicle. But don’t expect this to make matters any easier. For starters, this sparsely-populated but oil-rich Central Asian nation has the world’s hardest driving theory test, with a 95% score required to pass. Plus, it has to be taken on the same day as the actual driving exam.

The hands-on driving test is moderated by onboard computers which monitor the driver’s performance. So, no amount of banter or flirting is going to influence a Kazakh driving test. (China’s test similarly includes navigating an obstacle course assessed by cameras and sensors). On the plus side, in 2016 Kazakhstan’s government abolished a law that made training at a driving school mandatory. So, you can take the test without any practical training, which is also the case in countries including the U.K.

Driving tests differ significantly between U.S. states, and pass rates vary between regions, cities, and even between individual DMV offices. Prospective drivers here can “venue-shop,” choosing a DMV that is rumored to be more lenient, or a rural or suburban area where pass rates tend to be higher than in congested inner cities with complex street patterns.

Overall, Americans face a driving test that’s easier than, say, those in Japan or the U.K., but more involved than procuring a license in much of the world. What’s different in the United States is that, with a handful of exceptions such as New York City, you are almost compelled to be able to drive to lead a productive life.

Anemic public transport systems and the sheer distance between points in such a huge country make life extremely challenging for non-drivers. This is what really puts pressure on learner drivers in America and makes the driving test such a crucial rite of passage, rather than the toughness of the actual test procedure.

Once someone gets their license, you might want to check out our list of the 10 Best Gifts for New Drivers.


Think Your Commute Sucks? These Are The Worst Traffic Cities...
The Top 10 Cars Most Desired by Men
8 Cars With The Most Lemon Complaints
2017 Nissan GT-R Convertible Is Something That Should Not Ha...
Modern Hyundai Concept Cars
15 Best-Selling Electric Cars (and 10 That Never Made it)