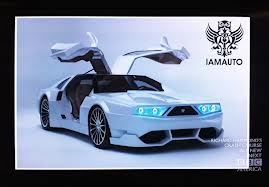 Who among you have heard about Will.I.AM.’s custom Delorean being allegedly stolen? After the evening passed by, and the drinks were pissed away the singer found that his one of a kind $700,000 dollar, prized possession was still sitting pretty at the club where he, and his entourage were living it up at. Now with all of that hoopla out of the way, does anybody actually know how this car came about? Does anyone know where the IAMAUTO Delorean came from? I do.

WILL.I.AM, or William James Adams is a very well known jack of all musical trades. For years he has been a musician, a DJ, a song writer, singer, and producer, just to mention a few things. One title that hasn’t been mentioned, is Car Guy. William has loved cars from way, way back when he was a little boy, but when growing up with very little to call your own, a car is something that had to wait until the time was right. Now being that the music industry has been great to William cars are nothing but a phone call, and a private car ride away, but Mr. WIll.I.AM had something way different in mind.

Instead of buying cars for himself, why not create a car, and treat it like he treats his music, and that’s what he did. He came up with a few sketches of his own and then took them to the world renown West Coast Customs, and had them build his cars for him. He pitched his IAMAUTO idea to Ryan Friedlinghaus of WCC, and the rest was history. His first idea was for a ’57 Corvette that had a sexier appeal than all of the factory models that rolled off of the assembly line. The next car in the IAMAUTO series was his custom Delorean. For all of you readers who watch Inside West Coast Customs on Velocity, will have seen the Delorean sitting in the background for the entire 1st, & 2nd season of the show, and yes it was his. 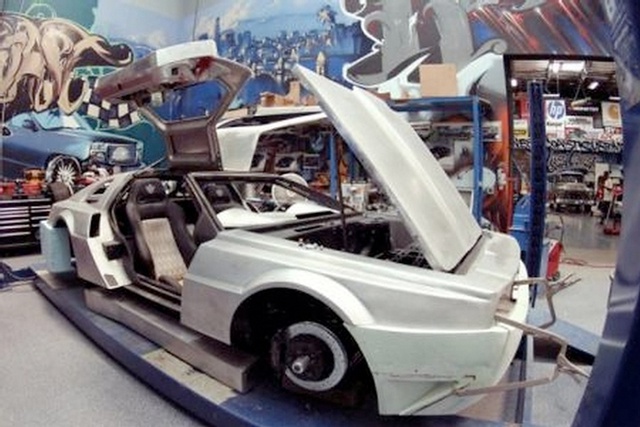 So what went into building this IAMAUTO Delorean? First off a DMC Delorean was procured from a dealer in Texas, stripped down to it’s bare framework, and then the body fabrication commenced. The fab guys at WCC custom made a wide body kit consisting of over twelve(12) pieces of fiber glass body parts. Custom LED/HID headlights were molded into a sunken in headlight bezel. The lower body kit’s fascia consisted of curvacious canard style wings tips that not only accentuated, and added to the overall look of the car, but also served a functional purpose as well. The hood was reworked, and was given a low profile cowl that lies in the middle of the hood now. The patented Gull Wing doors were not forgotten on this build either, widened door sills, and bolstered air vents now reside in plain view for all to see. The body widens out another three quarters of an inch, over the rear wheels, which happened to be One Off set, 20” multi-fin all Aluminum wheels. The specs on the motor are completely under wraps, but anything that comes from the WCC shop has to be bad ass. 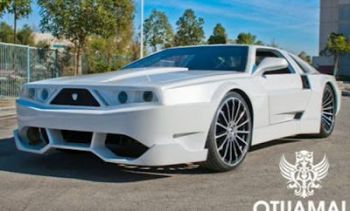 After months of fab work, welding, sculpting, sanding, prepping, clear coating, buffing, and polishing the IAMAUTO Delorean drove out of the WCC rear shop door. WILL.I.AM wanted to build this car as a project for himself, to see what it would take to become a small time automotive business owner. Up until now, there hasn’t been any new word about the IAMAUTO line of cars becoming something more than just a One Off Car that nobody else can really afford, or let alone even wants. If anything we at least know that Will can always focus on his music, and pour his love into that for the time being, and then leave the conceptual ideas to the automotive designers that have been doing it for years now. No offense Will.