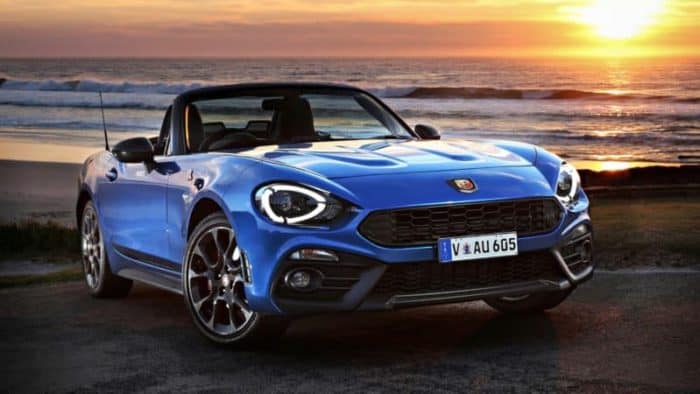 Although it’s one of the most popular automakers in the world, Fiat never managed to attain the same recognition in the U.S. Even the recently established partnership with Chrysler didn’t help much, seeing as the general population still perceives Fiat vehicles as not particularly well-built econoboxes riddled with reliability issues. The Italians were even absent from the U.S. market for more than 25 years between 1983 and 2011 despite having a long history on this side of the Atlantic. After all, their very first North American assembly plant in Poughkeepsie, New York, dates back to 1908, making it older than most surviving U.S. automotive brands. History aside, we’re much more interested in how the modern 2020 Fiat lineup will fare.

One of the largest automakers in the world, Fiat boasted a global sales figure of around 1.4 million vehicles in 2018. However, the Italians are also some of the biggest losers among the largest car makers, having seen their sales fall from around 2 million units in 2010 – not to mention the pre-recession period. The reason behind Fiat’s plummeting sales is a simple one, though. Their failure to adapt to contemporary market demands and start fielding a fleet of crossovers instead of conventional passenger cars has obviously cost them dearly. Fiat isn’t even the best-selling brand within the FCA group, having been overtaken by Jeep after 2017.

Furthermore, the famous Italian automaker’s U.S. sales only amounted to 15,521 total units in 2018. On one hand, a five-digit sales figure is reasonable for the Italian car manufacturer at this point. This is a new beginning for them after all, and their U.S. portfolio is rather slim to say the least. On the other hand, it’s the overall sales trend that’s worrying. Fiat had marketed more than 40,000 vehicles in each year between 2012 and 2015, reaching their modern-day U.S. high in 2014 with 46,121 units. These figures have been dwindling since, and have finally culminated with company’s record-low U.S. sales last year.

It’s evident that things aren’t working out as planned for the automaker that’s given us the likes of the iconic Fiat 500, X1/9, and Dino. Much like Chrysler, Fiat, too is becoming a scapegoat in FCA’s grand business scheme. We know what it meant for the Chrysler brand and we probably won’t have to wait long in order to find out what the parent company has in store for the Fiat division. Considering how neglected the Fiat brand has been in recent years, another withdrawal from the U.S. market and even the ultimate discontinuation of the once-mighty brand on a global scale don’t look like unrealistic propositions at the moment.

Introduced back in 2007, the 500 is a modern version of the classic Fiat Nuova 500 (Italian for New 500) produced between 1957 and 1975. The prefix Nuova wasn’t there for nothing as the original 500-branded Fiat was actually the 500 Topolino produced between 1936 and 1955. The Topolino, however, didn’t feature the Nuova’s or the contemporary 500’s petite and recognizable frame.

Sadly, the mini car has been axed from Fiat lineup for MY 2020 and instead giving it a well-deserved overhaul, the FCA will be getting rid of the leftover 2019 stock throughout the entire 2020 or as long as supplies last.

The Fiat 500 wasn’t exactly an evolution-prone car, but over a decade without any significant upgrades has started taking its toll. Now that the city car is officially gone, we can start missing it already.

The city car’s leftover stock from 2019 still consists of both the conventional and performance-oriented Abarth models. The former use a 135-horsepower 1.4L turbocharged 4-cylinder engine, while the latter use a 160-horsepower version of the same mill. They’re both paired either with an outdated 5-speed manual transmission or an optional 6-speed automatic one. 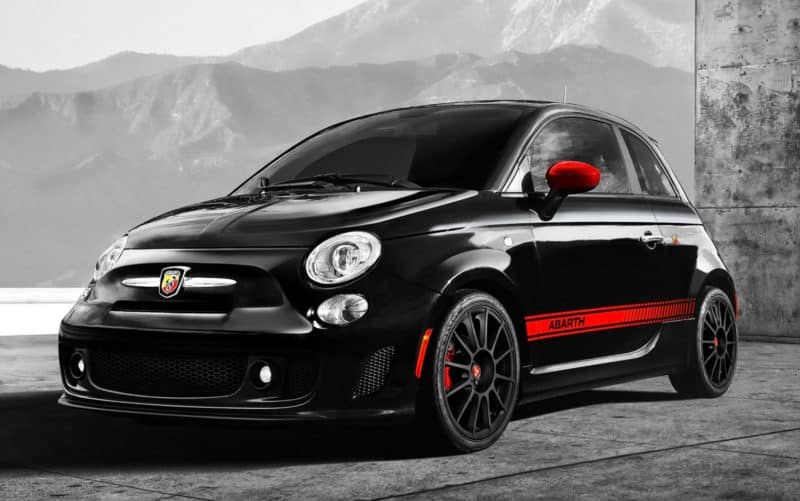 A spiritual successor to the 124 Sport Spider from mid-1960s to mid-1980s (known as Pininfarina at the very end), X1/9 from early 1970s to late 1980s (produced by Bertone for the last 7 years), and Barchetta from mid 1990s to mid-2000s – the modern Fiat 124 Spider represents an ultimate flair so uncharacteristic for the Italian volume car maker.

As evidenced, though, they’ve always had that stylish 2-door convertible in their portfolio, and this roadster introduced in 2016 is only the latest in a long line of lovable compact drop-tops.

Nothing has been changed on the 124 Spider for model year 2020. There’s a new hood decal and side strip on the performance Abarth models and that’s basically it. Then again, a substantial makeover would be asking too much from the Italians. Especially since the 2-door has started disappearing from overseas markets like it is the case in the U.K.

The Fiat 124 Spider is currently available in three different trims – one of which, as already mentioned, carries the Abarth badge up front. The other two are known as Classica and Lusso, and they currently start from $25,000 and $28,000 respectively. Both sport the same 1.4L turbocharged 4-cylinder engine good enough for 160 horsepower and 186 pound-feet of torque and come with a proper short-throw 6-speed stick.

The Abarth offers the same engine, albeit with meager 4 ponies more; it is the performance-oriented model in the lineup, after all. In addition to the manual, the 124 Spider Abarth can also be ordered with a 6-speed auto with paddle shifters. 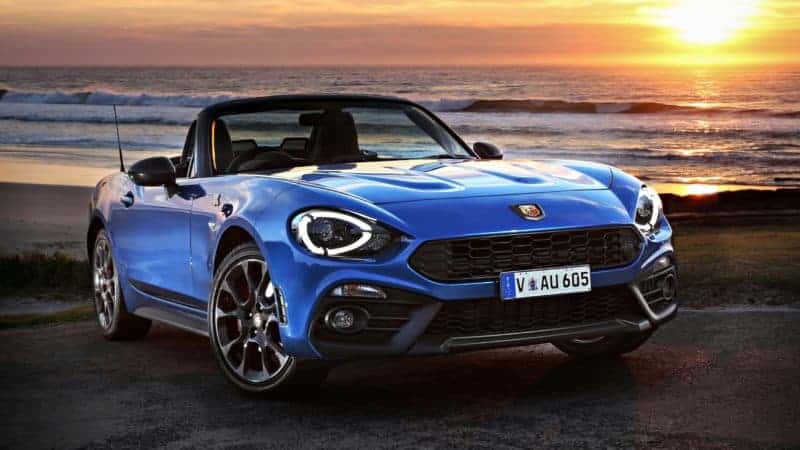 Although officially dubbed a subcompact crossover, the 500X is more of a hatchback with extra ground clearance. Although closely related to the Jeep Renegade, with which it shares the Melfi assembly plant, it’s based on the 500L hatchback MPV’s architecture.

The small crossover was first unveiled in Paris during 2014, but only arrived stateside for MY 2016. It recently underwent a mid-cycle update for MY 2019, hence the 2020 Fiat 500X has been basically carried over with only the new Sport trim joining the lineup. Don’t let its name fool you as improvements are mostly cosmetic (chromed exhaust tips, standard 18-inch wheels, body-color side moldings, etc.).

Despite being freshened up, the 500X’s underpinnings date back to 2005 and the introduction of the SCCS platform on the Fiat Grande Punto. In other words, the Fiat 500X is the same old overpriced city crossover which never stood a chance against the similarly priced yet more spacious Honda CR-V and Mazda CX-5. Speaking of which, the entry-level models start from just north of $25,000, whereas the range-topping Trekking Plus trim costs a whopping-for-its-segment $30,000.

At least the refreshed 500X comes with a new engine which should make the city car more powerful and efficient at the same time. Sadly, the new 1.3L turbocharged 4-cylinder with MultiAir III variable-valve-timing replaces both the 1.4L turbo four and naturally aspirated 2.4L units, effectively becoming the 500X’s sole powertrain choice. It makes 177 horsepower and 220 pound-feet of twist and comes paired with a new 9-speed automatic transmission. Furthermore, every single Fiat 500X is now offered with a mandatory all-wheel-drive setup as of 2019.

Although the Italians have gone a long way to update the 500X’s powertrain, most of the old issues will continue plaguing the subcompact. Its competitors are more spacious, offer better equipment, and have far better-projected reliability scores. Despite its shortcomings, the 500X is still a far better choice of the two larger Fiat 500 models. 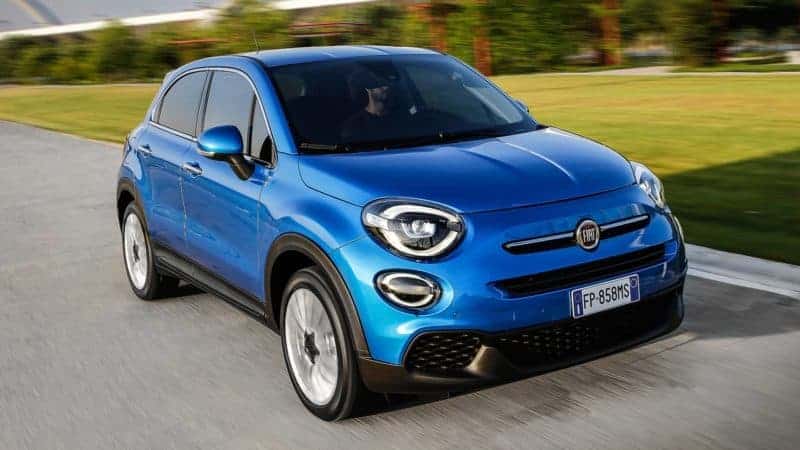 The other of the two larger Fiat 500 models is, of course, the 500L. After all, the suffix L actually stands for “large.” Being produced at the same assembly plant as Yugo used to be, the 500L was always going to struggle on the U.S. market due to its distant, non-related predecessor’s dreadful reputation here (unfairly bad reputation, if I might add). What’s more, being at the bottom of the Consumer Report’s reliability rating lists for consecutive years hasn’t helped it either.

The tall hatchback might not be as bad as the reports suggest, but it still suffers from a wide variety of different issues including clunky ride, tons of body roll, lack of advanced safety gear, and poor cabin material quality among others. It does offer an excellent outward visibility, and lots of cargo and passenger space for a vehicle of its size.

Surprisingly, the Fiat 500L is still available on the U.S. market despite its numerous flaws, poor sales, and advancing years. Unsurprisingly, the Italians haven’t changed it a bit for MY 2020.

The 500L is powered by a 160-horsepower 1.4L turbo four which works like a charm in the smaller Fiat 500 Abarth, but exhibits a substantial amount of turbo lag in the larger and heavier 500L. The only available transmission is a 6-speed auto with manual shifting mode and optional all-wheel drive is nowhere to be found.

The entry-level Fiat 500L starts from around $21,000 and works its way towards the $24,000 mark in the range-topping Lounge model. The Fiat 500L is evidently at the end of its issue-riddled cycle but it’s also apparent that the compact was never exactly desirable to begin with. It’s not only the most uninspiring of Fiat models but is also hands-down one of the most tragic cars on the U.S. market at the moment as a whole. 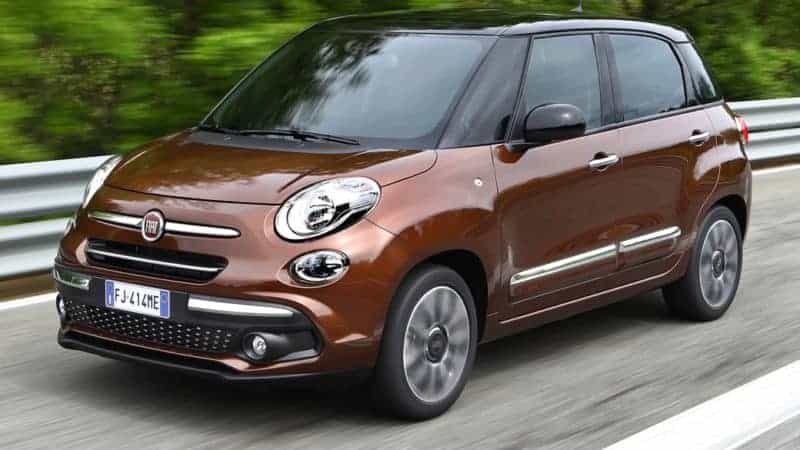 
Ultra-Rare Auto Books Up For Grabs at Geared Auction
How to Find the Best Used Cars Under 3000
12 Highest Horsepower Cars in the World
Licensed to Thrill: 15 Best James Bond Cars
The Top 10 Best Used Minivans
10 Examples Of a Replicar Being as Good as the Original