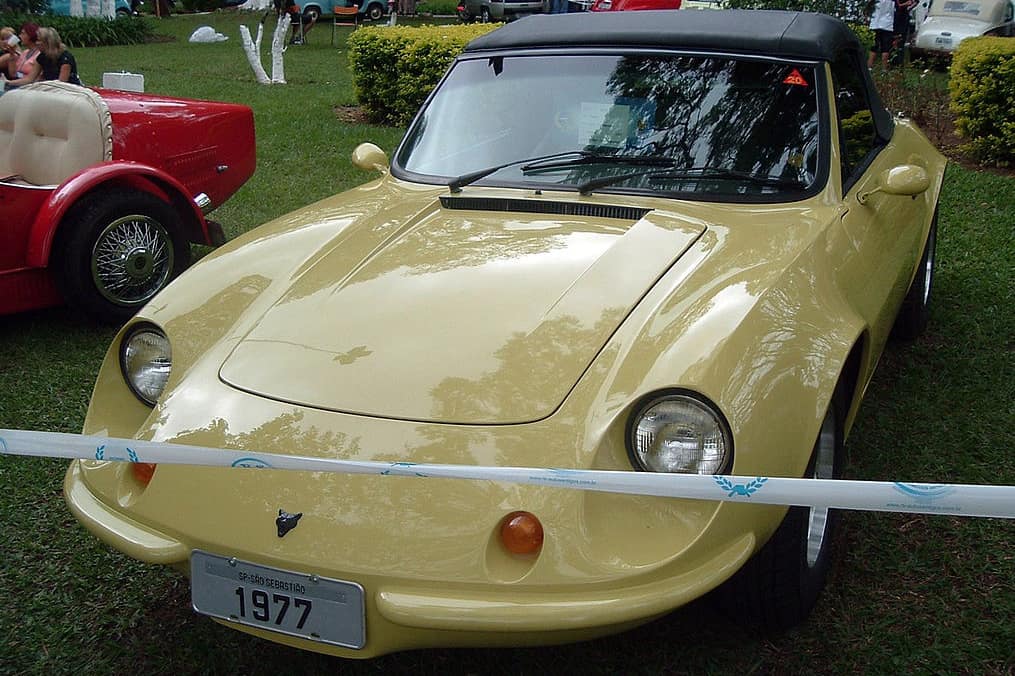 Cars used to be mass-produced in only a handful of countries. But the traditional automobile-producing nations – notably the United States, Japan, and Germany – have increasingly outsourced some of the more labor-intensive segments of their supply chain to lower-income countries. Additionally, indigenous car industries are developing and expanding in places not previously associated with automaking. Where in the world might you think there are unlikely carmaking countries?

The staggering growth of China’s auto industry, which went from producing just 500,000 cars in 1990 to 29 million in 2017, has been well documented. But globalization has also seen major automaking advances elsewhere in Asia, as well as in Latin America and in Central and Southern Europe. Meanwhile, some countries that have traditionally had only modest auto industries have opened up their markets and vastly increased their car-making capacity.

We took a look at six nations that manufacture surprisingly large numbers of automobiles.

As the 2nd most populous country in the world (behind China), it’s little surprise that India has the world’s fifth-largest auto industry. It produced more than 5 million motor vehicles in 2018 and is currently almost neck-and-neck with Germany. What perhaps is surprising is that India’s vast and complex car industry didn’t really take shape until the 1990s.

India’s indigenous auto industry began in the 1940s with the establishment of Hindustan Motors, its longtime rival Premier, and then Mahindra & Mahindra. Hindustan was in collaboration with Britain’s Morris Motors, while Premier built Dodge, Plymouth, and Fiat models under license. Mahindra & Mahindra began by assembling Jeep CJ-3A utility vehicles.

But while these companies were soon producing their own parts (rather than importing these for assembly), sales were very low due to a lack of domestic demand. To help nurture the industry, the Indian government in 1954 moved to eliminate companies that only imported parts for assembly. This caused the closure of Indian assembly-only plants operated by General Motors, Rootes Group, and Ford.

Even into the 1980s, only around one in every thousand Indians owned a car. Just 30,000 cars were built in India in 1980, with Hindustan and Premier still selling superannuated models stuck in a bygone era. Hindustan kept producing its Ambassador model, based on a 1956 Morris Oxford, until 2014.

India finally liberalized its auto industry in the early 1990s, and multinational automakers like Suzuki, Isuzu, and Hyundai poured in. By 2000, there were a dozen large automotive companies in the country, most of them offshoots of global concerns. An import tax of 125% levied on foreign imported cars helped India’s auto industry mushroom from producing 360,000 vehicles in 1990 to nearly 4 million in 2011.

India’s contemporary motor vehicle industry is a bewildering array of companies producing everything from motorcycles and rickshaws to construction cranes and battle tanks. Mumbai-based Tata Motors even bought Jaguar Land Rover from Ford in 2008. Small cars are an Indian specialty, with both Hyundai and Maruti Suzuki exporting these from India in substantial numbers.

While Indian car exports have grown steadily since the 1990s, indigenous Indian models are very rare on U.S. roads. Mahindra & Mahindra canceled plans to introduce its pickups and small SUVs to the American market in the 2000’s. And while the off-road only Mahindra Roxor is available here, at powersports dealers, it is assembled in Michigan.

Industry is probably not the first thing that springs to mind when we think of Thailand. The Southeast Asian country is best known for its immense natural beauty and hedonistic tourism opportunities. Yet Thailand built more than 2 million motor vehicles in 2019. That’s more than Canada or the UK, and rivaling France.

Thailand’s auto industry began in 1961 with the Anglo-Thai Motor Company, a joint venture with Ford of Britain. Only 525 cars were sold domestically that year, but soon other automakers like Fiat, Nissan, and Poland’s FSO appeared. By 1970, local assembly topped 10,000.

As in India in the 1950s, in the 1970s the Thai government tried to boost localization of its auto industry. A proliferation of local auto manufacturers, assemblers, models, and versions hindered economies of scale. This resulted in a moratorium on new assemblers and limits placed on the number of new models offered. Import tariffs were introduced on complete vehicles and local parts requirements were increased to 45% in 1983. This forced Dodge, Holden, Hillman, and Simca out of Thailand.

In another echo of India, Thailand eased market restrictions in 1991. The ASEAN Industrial Cooperation Scheme allowed component manufacturers to freely trade certain parts, which allowed them to finally achieve competitive economies of scale.

Local parts requirements were dropped altogether in 2003, while bilateral trade agreements (notably with China, India, and Australia) further stimulated the growth of Thailand’s automotive sector. Thai automaking exploded accordingly, soaring from just 300,000 units in 1990 to a peak of nearly 2.5 million in 2013.

Over 50 percent of domestic vehicle demand in Thailand is for pickup trucks such as the locally-built Mitsubishi L200. Only Americans buy more pickups. Manufacturers like Ford, Isuzu, Mazda, and Mitsubishi have based their global pickup capacity in Thailand.

But while the majority of Thai-made vehicles are exported, these trucks are not sold in North America, where a 25% import duty is imposed on such vehicles. Nonetheless, Thailand surpassed the U.S. to become the world’s largest manufacturer of light pickup trucks in 2005.

Currently, the likes of BMW, Ford, GM, Tata, Volvo, VW, Mercedes-Benz, and all the major Japanese automakers have plants in Thailand.

Like Thailand, Brazil is so much more than just white-sand beaches and partying tourists. It’s the world’s eighth-largest producer of motor vehicles, making nearly 3 million in 2019. That puts it just behind South Korea, and well ahead of nations like France, Russia, and Italy.

Henry Ford founded the Brazilian automotive industry in 1919, when his company started assembling Model T cars and TT trucks in São Paulo. Ford opened its own local production facility two years later. But Fordlândia, the town Henry Ford established in 1928 along the Tapajós river as a source of rubber for automobiles, famously failed and was abandoned just six years later.

General Motors joined Ford in Brazil in 1926. Volkswagen built a factory in the country in the late 1950s, and Toyota started building its rugged Land Cruiser locally. Mercedes-Benz also started producing trucks and buses in Brazil during that same decade.

The first indigenous Brazilian car, the Romi-Isetta, appeared in 1956. A decade later, Puma began building Brazilian sports cars. Some of these made their way stateside, mostly as kits. The company retains a cult following today as Puma Automobiles, based in South Africa.

Fiat opened its first factory in Brazil in the 1970s and, alongside the global manufacturers mentioned above, dominated the local market until well into the ‘90s. At that time Brazil was opened to imports, and the likes of Nissan, Renault, Honda, Citroën, Audi, Chrysler, Mitsubishi, Hyundai, and Peugeot all opened factories. In 1998, Mercedes-Benz opened its first Brazilian car plant.

The 1990s also saw the founding of Brazil’s most successful homegrown auto company, Troller (now a subsidiary of Ford). Troller sells its Pantanal mid-size pickup truck and Jeep-inspired T4 4×4 all over Latin America and Africa.

But Brazilian vehicle production has dropped off dramatically of late, down from 4.1 million units as recently as 2018. This is in large part due to a slump in exports to neighboring Argentina, Brazil’s main trade partner, during the former’s ongoing economic crisis.

Slovakia is the world’s largest producer of cars per capita. Last year, this landlocked Central European state made 1.1 million autos, yet has a population of fewer than 5.5 million. That’s the equivalent of the U.S. producing 66 million cars each year (the actual figure was 10.9 million in 2019). Even more amazing is that as recently as 1990 Slovakia barely manufactured cars at all. Today, automaking is the country’s largest industry.

Slovakia was part of Czechoslovakia, which has a long history of automaking, until that country’s dissolution in 1993. But most of that capacity – which included the indigenous Škoda and Tatra marques, as well as Jawa and ČZ motorcycles – was in the region that is now the Czech Republic. The latter continues to be a significant producer of cars, manufacturing over 1.4 million last year, including Hyundais, Peugeots, Citroëns, and Toyotas.

Slovakia’s own auto industry didn’t really take off until the establishment of Volkswagen Slovakia in 1999. Today, there are four major auto plants in the country: VW’s in Bratislava (which also makes the Škoda Citigo, SEAT Mii, Audi Q7, and Porsche Cayenne); PSA Peugeot Citroën’s in Trnava; Kia Motors’ Žilina Plant; and, as of 2018, a Jaguar Land Rover factory in Nitra.

While Toyota is the market leader, the largest automaker in Indonesia is actually the Toyota-owned Astra Daihatsu Motor (ADM). ADM’s several Indonesian plants are collectively capable of building 530,000 cars per year.

Tax incentives were introduced by the Indonesian government in 2007 to encourage the development of a low-cost, relatively eco-friendly “people’s car.” This spawned models like the Daihatsu Ayla (also marketed at the Toyota Agya). The government has also long encouraged local manufacture through import tariffs.

As well as ADM, active automakers in Indonesia include BMW, Honda, Mercedes-Benz, Mitsubishi (including the long-running Colt L300 van), Suzuki, Toyota (including the big-selling Kijang trucks), Volkswagen, and Wuling.

Concentrated in the Marmara Region, Turkey’s auto industry produced 1.46 million cars last year. That’s more than the UK and Italy. Starting in the 1950s, Turkey has been home to both domestic marques, such as the now-defunct Devrim and Anadol, and production plants of global automakers.

As early as 1960, Fords were being produced under license in Turkey’s Otosan factory. These have included face-lifted variants of European-market models such as the Taunus sedan. The first domestic Devrim sedan appeared in 1961. Three years later a British Motor Corporation factory is Izmir began making Austin- and Morris-branded cars. BMC is now fully owned by Turkey’s Çukurova group, but makes only commercial vehicles.

Current automaking joint ventures in Turkey include Ford Otosan, Oyak-Renault, and Tofaş (which is jointly owned by Fiat Chrysler). Additionally, Honda, Hyundai, and Toyota all have Turkish plants. Indigenous marques today include Diardi and Etox sports cars, and a number of commercial and military vehicle manufacturers.

Tofaş alone produces 400,000 vehicles per year: Fiats, Citroëns, Peugeots, Opels, and Vauxhalls. However, you’re unlikely to see a Turkish-made car stateside, as 85% of its automotive exports go to Europe. Which is a shame, because the Lotus Seven-like Diardi S and the Etox Zafer – which resembles a modded Nissan 350Z – are both head-turners.

So take a look at your car’s data label (located on the driver’s door jamb) and you may be surprised to discover just where in the world your American-, Japanese-, or Korean-branded car was actually manufactured. What unlikely carmaking countries surprised you?


What Happened to the British Automotive Industry and Where i...
No, Not Muscle Cars, Muscle FOUR DOOR SEDANS
The Fastest, Heaviest, Longest, Slowest, Tallest, Lightest 2...
Supercharger vs Turbo: What is the Difference and Which is B...
A Guide to Every Small Block Ever Offered in a Car by Chevy
25 Car Myths that Most People Still Believe