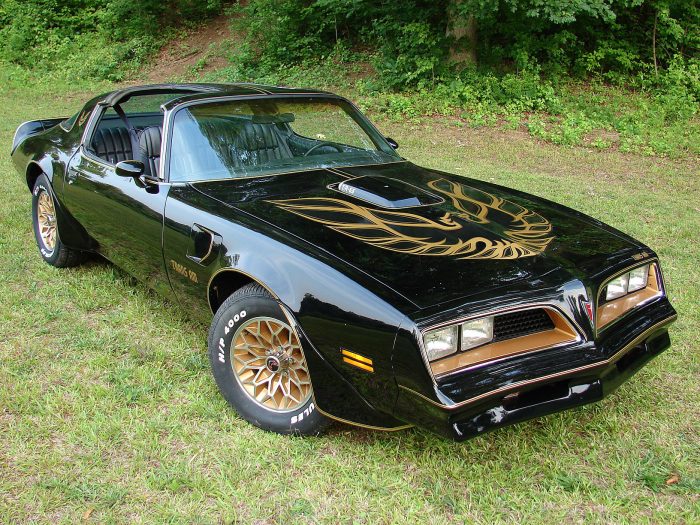 Anyone perusing Autowise likely has a mental list of flash cars that they are determined to one day own. Some of these may have been on that list for decades, starting as posters on teenage bedroom walls, covers of auto mags, or four-wheeled stars of favorite movies. But the reality of owning some such “dream” cars can be an expensive, frustrating nightmare. Here are 10 to avoid waking up to.

Maserati earned supercar status with turn-of-the-1970s stunners like the Ghibli and Khamsin, and has enjoyed a recent resurgence under Fiat Group. But there was a decidedly wobbly period for the Italian marque after the 1973 oil crisis hit sales hard and then-owner Citroën jumped ship. One victim was the svelte 2+2 Maserati Merak, which certainly meets archetypal dream car criteria with its gorgeous Giugiaro lines and mid-engined layout. Yet the Merak is the Wonderbra of classic cars, its seductive shape flattering its contents – an underwhelming 2.0-liter V6 delivering just 168 horsepower in later models. 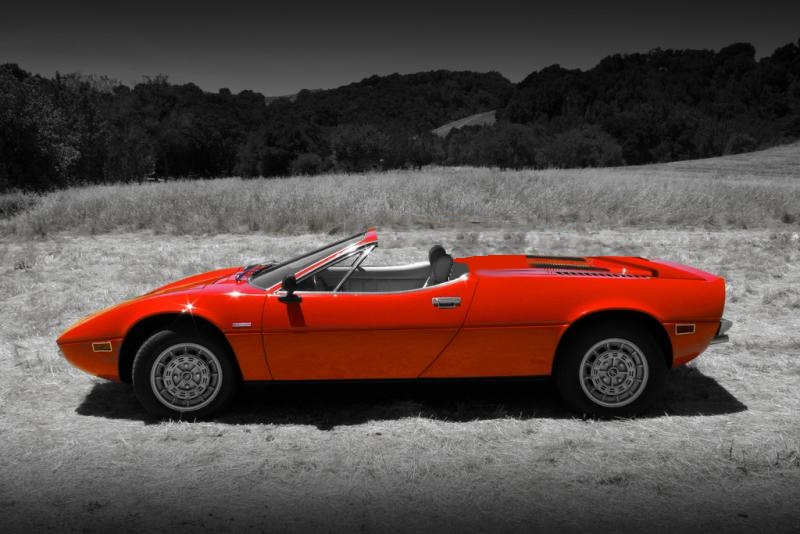 A car boasting Space Age design and gull-wing doors, that none of your neighbors will have, all for as low as $10k? On paper, the Canadian-made Bricklin SV-1, of which fewer than 3,000 were built in 1974-75, is an under-the-radar steal on wheels. But, despite its plastic body, the SV-1’s array of well-intentioned safety features made it too hefty for even a gas-guzzling V8 to move with any pace or panache. A patchwork of parts from diverse sources, the safest thing about the hard-to-maintain Bricklin is actually its typically stationary stance – on a driveway, under a tarp. 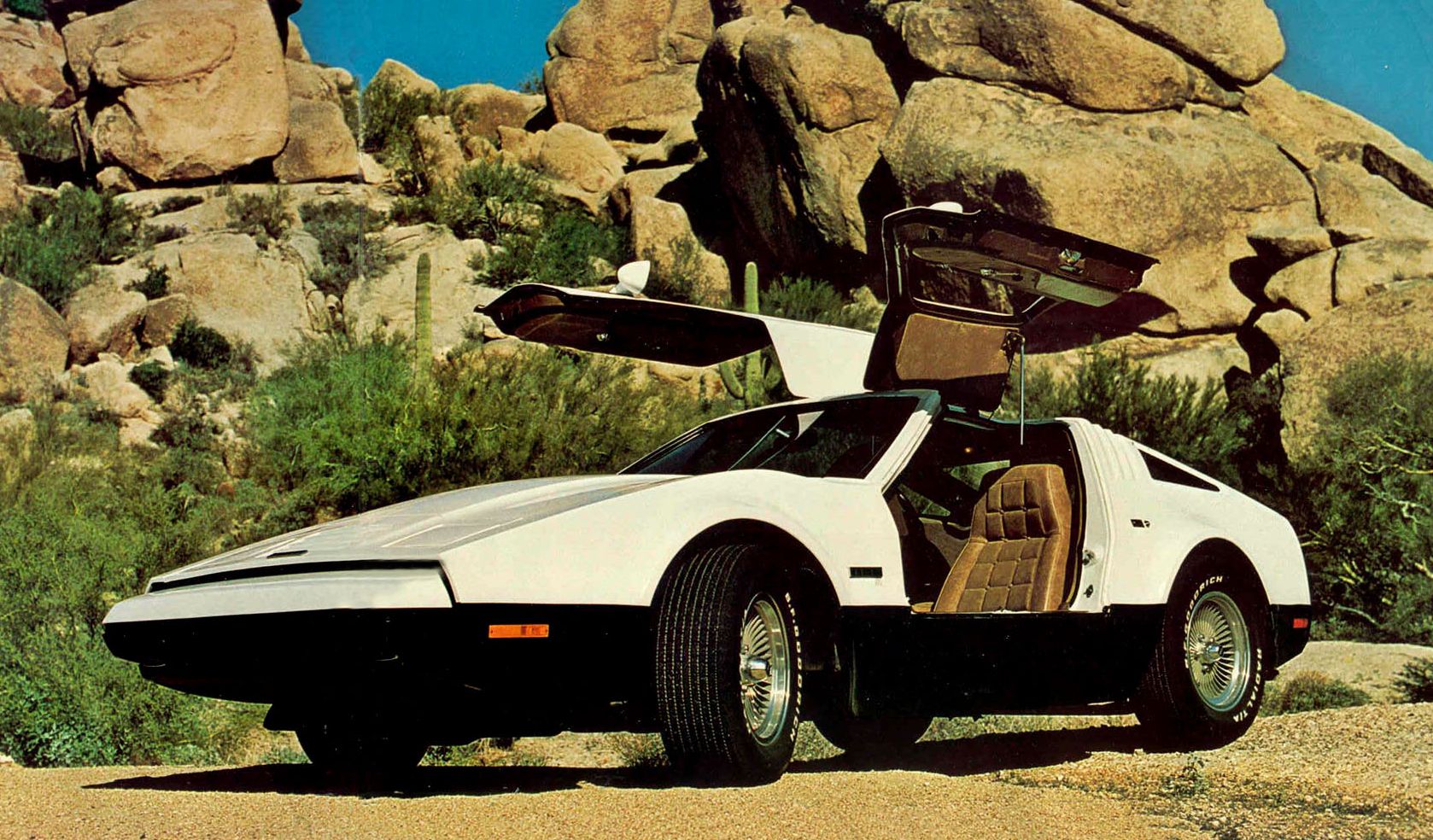 Among the world’s most expensive cars upon its 1974 unveiling and with only 645 made, Aston Martin’s Lagonda is one of luxury automaking’s great follies. Costing around $150,000 new (in 1970s dollars), you can now snag a Lagonda for as low as $30k. But unless pure novelty value is a priority, these angular exotics are still a rip. Topped only by the similarly ill-conceived Maserati Quattroporte III for four-door awkwardness, the Lagonda appears good only for wedging open giant doors. Brave but failure-prone computer-driven electronics and borderline mythological spare parts make the Lagonda, in Jalopnik’s words, “a turd”. 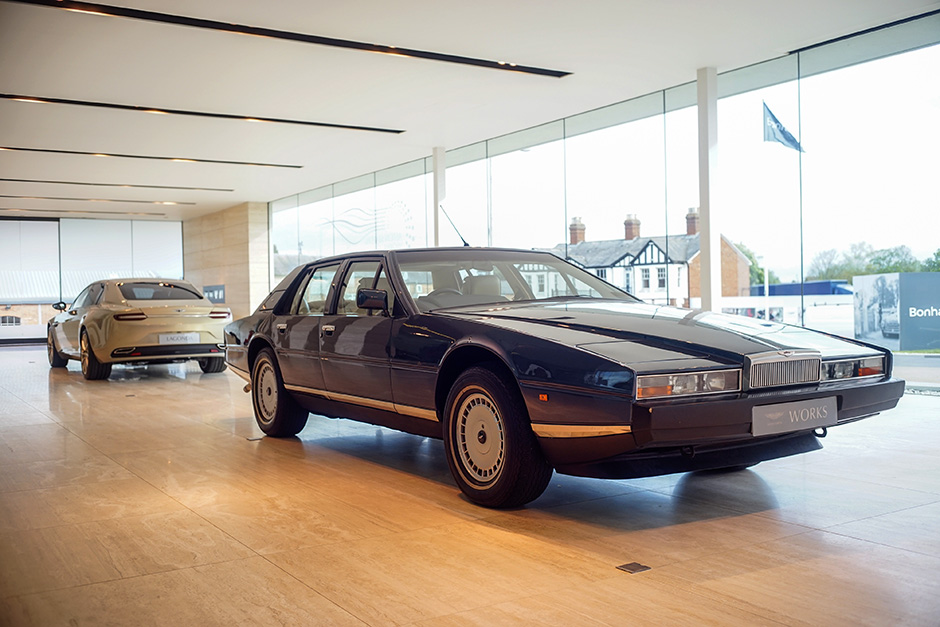 You’ve always wanted a Porsche and are convinced that the German brand’s distinctive hood crest alone will massively boost your street cred. But stop kidding yourself – however affordable, a 914 just won’t cut it. Actually a late 1960s collaboration between Volkswagen and Porsche, there’s so much VW in this targa-topped two-seater that, outside of the U.S., it was sold as the VW-Porsche 914. Additionally, the 914 is so aesthetically atypical that casual observers won’t even recognize it as related to the iconic 911 or Carrera – and having to point out your Porsche really dampens the desired effect.

Introduced in 1976, Jaguar’s XJS grand tourer is a car so beautiful that the body style remained in production for fully two decades. Often fetching below $3k today, an XJS might seem like an attainable fantasy. But, while later 6.0-liter and 6-cylinder versions are a little more manageable, avoid the pre-1993 5.3-liter V12. Reported problems with this ultra-complex powerplant include dropped valve seats, engine fires, and expensive and hard-to-find parts. My 1989 Tungsten Blue XJS drew endless compliments, but returned just 6 MPG around town and would need to warm up before even shifting into reverse. 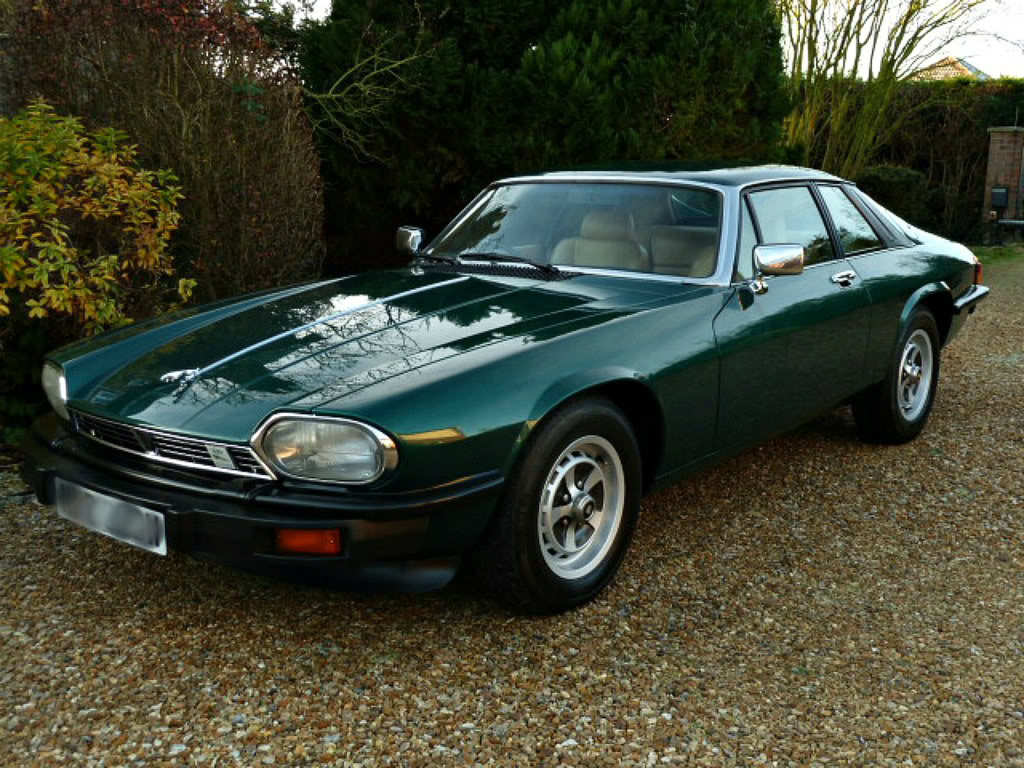 Yes, it’s Lamborghini and, yes, it featured in Fast and Furious, but the LM002 won’t remotely satiate your desire for that dope Diablo or classic Countach. See, years before the herculean horror of the Hummer, Lamborghini ambushed auto lovers with the alarmingly similar LM002. Introduced in 1986, this 6-MPG “Rambo Lambo” is (like the Hummer) a spruced-up civilian version of a military vehicle. With an optional 77-gallon fuel tank and boxy, kit-like cosmetics, the best upgrade ever made to an LM002 was when the U.S. military blew up Uday Hussein’s in 2004. 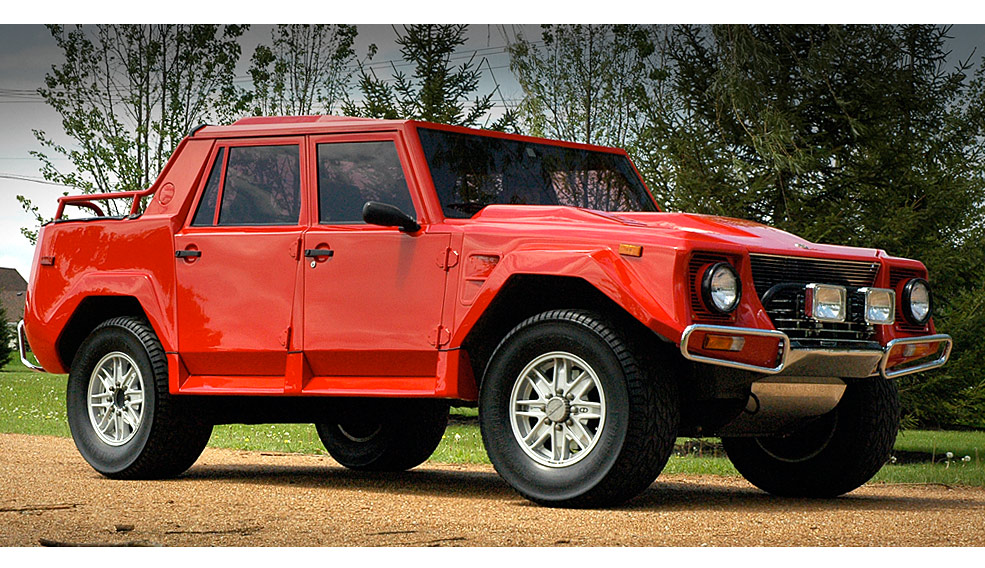 “SMOKEY & THE BANDIT” PONTIAC TRANS AM

This iconic black ‘n’ gold muscle car, star of the movie of the same name, is beloved of nostalgic mid-lifers and “ironic” young hipsters alike, with restored examples fetching serious money. Fast, fun-to-drive ride and a constant conversation starter, these second-generation Trans Ams are, aside from rust issues in damper climates, pretty solid cars, with most mechanical headaches arising from the ham-fisted backyard tuning efforts of previous owners (particularly from back when these cars were considered unfashionable). My Bandit, for which I admittedly paid only $800, required such frequent towing that I was literally kicked out of AAA. 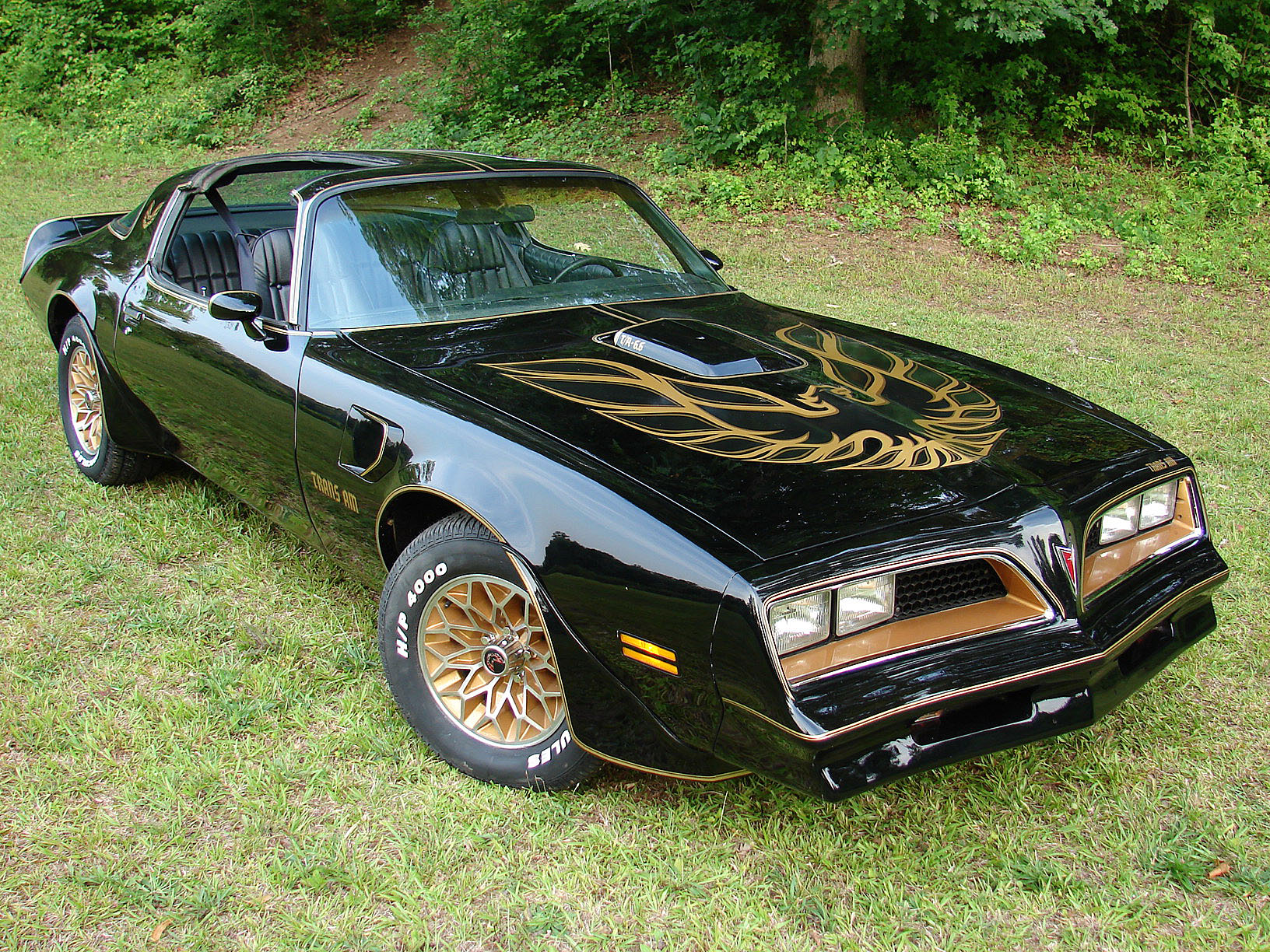 Our lust for Ferraris is based upon their distinctively Italian design flair, throaty performance and legendary handling. Stinting on any of these would be, well, just un-Ferrari-like. Yet the Mondial 8, introduced in 1980, drapes a depressingly tepid, 214-horsepower V8 in an uninspiring wedge-shaped body that, despite being sculpted by Pininfarina, has little to distinguish it from mass-produced sports cars of the era. In fairness, the Mondial handles nicely and makes a relatively affordable “gateway” Ferrari – but you could well find yourself wishing you’d just kept saving on for the real thing. 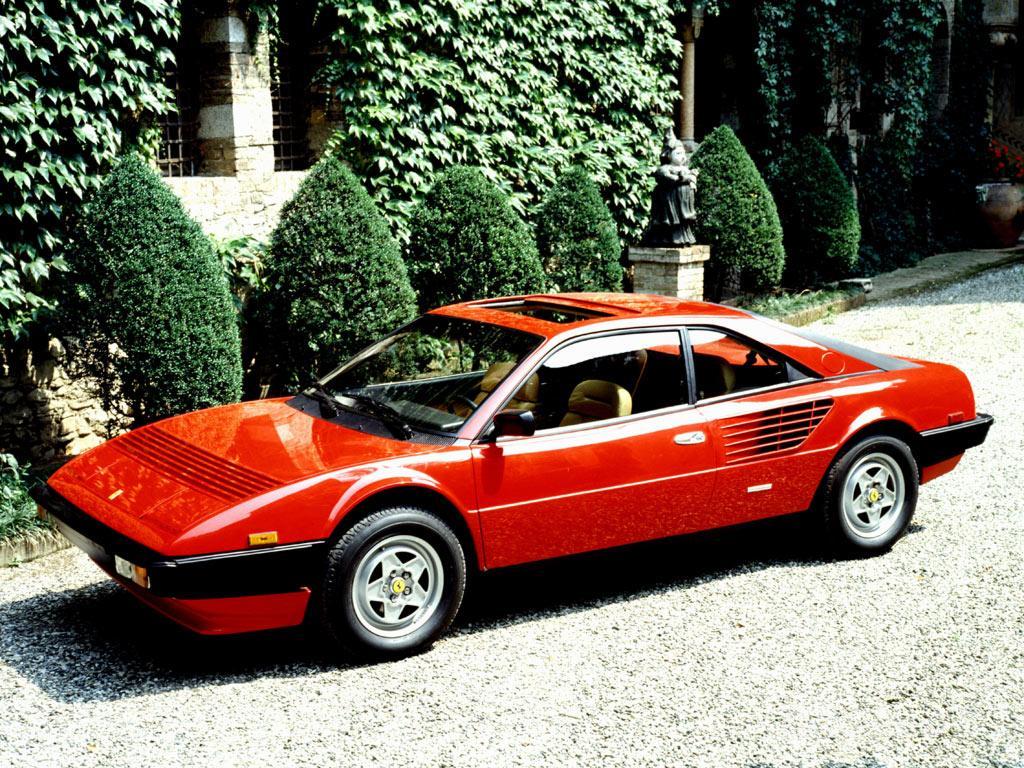 Ever since a posh new family rolled into my childhood village in one of the very first Range Rovers, I had longed to own a Land Rover. Yet the actuality of my second-gen 1997 Discovery was sobering. True, it was cheap to buy (used), a blast to drive, and gushed arctic AC. But little things malfunctioned daily, dashboard warning lights flickered like its “Disco” nickname, and at just 70,000 miles it blew a head gasket. Considering its famously thirsty V8, it was almost a mercy when my Land Rover suddenly stopped accepting gas through the filler neck. Seriously. 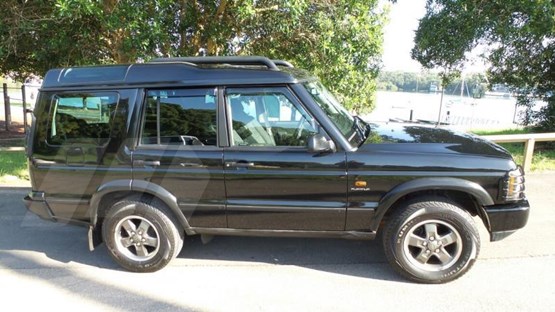 While saving for that ultra-pricey supercar, beware being distracted by much cheaper replica kits. The idea of spending just a few grand on a Ferrari, Lamborghini or Ford GT40 look-alike body that straps on to a reliable, efficient Volkswagen or GM “donor car” might seem like a low-budget balm for your classic-car craving. Only most kits seem doomed to languish half-finished in suburban yards for eternity (note how many part-finished replicas are offered for sale). Though they can look utterly convincing in manufacturers’ photos, you’ll seldom see a finished kit car either on the road or out of primer. 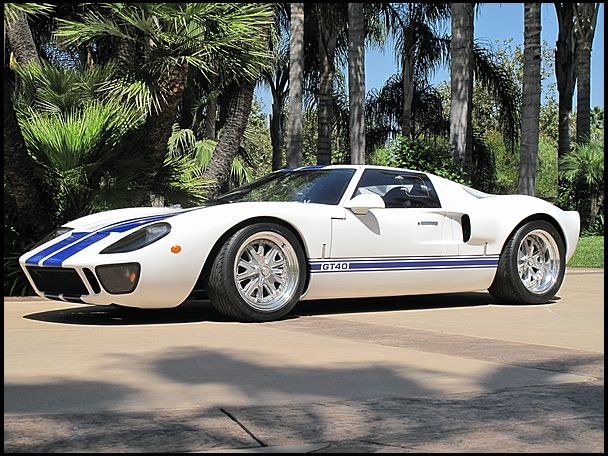