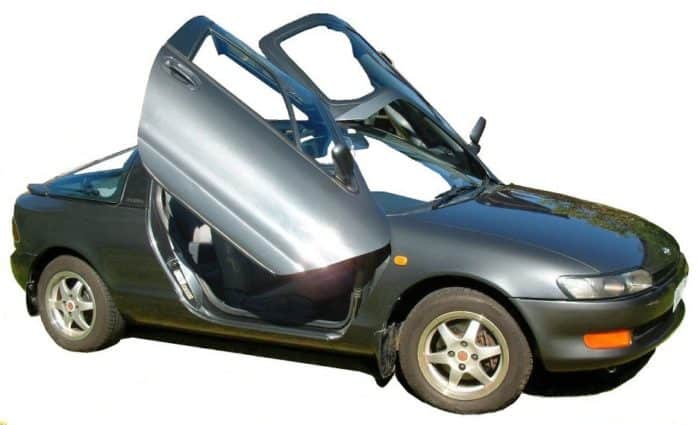 The so-called “25-year rule” states that a vehicle at least a quarter-century old can be lawfully imported into the U.S. without regard to whether it complies with all applicable DOT Federal Motor Vehicle Safety Standards. For hardcore auto aficionados, this opens the door to all sorts of obscure, previously-unavailable import models that are almost guaranteed to be the only one in town – or the only one at the show. Is an obscure import classic in your future?

We looked at seven such cars, from seven different nations. Let’s see just why these obscure foreign cars might be worth the effort and expense of importing.

Widely hailed as the world’s first crossover SUV, the Matra Rancho looks oddly like a scaled-down Land Rover Discovery (which it preceded by fully 12 years). The Rancho was created by French engineering group Matra, which also manufactured some Renault models, in cooperation with now-defunct compatriot automaker Simca. This car was initially sold as the Matra-Simca Rancho.

In true crossover fashion, the Rancho was a car-based creation, using the front structure and a stretched chassis from the popular Simca 1100 supermini. But its design, by Antonis Volanis, cleverly disguised this behind robust-looking fiberglass and polyester moldings. A sheep in wolf’s clothing, the Rancho was only available with front-wheel-drive and delivered a top speed of just 91 mph from an apathetic 1.4-liter four-banger.

Today, many Matra Ranchos can be seen languishing in French fields and might be yours for the towing, at a nominal price. Most of the nice examples, for some reason, appear to be in Germany.

In most circumstances, Toyota’s sporty Sera compact appears unremarkable. Other than its glassy roof canopy, it doesn’t look so different from its sister Paseo model. But when its doors open, there’s a surprise. Because they’re butterfly doors, that tilt forward and upward rather than outward. A feature more commonly associated with super-flashy rides like the McLaren F1 and Saleen S7, it looks truly incongruous on a compact car. Yet butterfly doors have a legit role in Japan’s ultra-crowded cities. The Sera’s doors require only 17 inches of lateral clearance to be fully opened, which could make all the difference in extremely compact Japanese parking spots.

Although a true JDM (Japan Domestic Market) vehicle – of the 15,941 built, 15,852 were registered in Japan – the Sera makes a good import candidate. Sharing components with the popular Tercel makes parts easy to find around the globe. By the mid 2000s, more than 300 Seras had been imported into Britain alone. But Japanese owners have begun to cherish them, and prices are rising.

Growing up in rural England, I was astounded one unusually sunny Sunday to see a convoy of futuristic, barely-disguised mule cars driving loops around our obscure West Country village. Each in a different color, they turned out to be production-ready prototypes of the Rover SD1. The SD1 was an executive hatchback that, long before the Porsche Panamera or Audi A7, offered five-door family-friendly practicality in a sleek and well-appointed package. It even won the European Car of the Year title in 1977, a feat unmatched by a British car until the Jaguar I-Pace over 40 years later.

A very small number of SD1s – fewer than 1,300 – were actually sold in the U.S., as the Rover 3500, in 1980 and ’81. But quality issues in early models, combined with a small dealership network, doomed the SD1 stateside, and few federalized examples survive. With around 300,000 being sold worldwide, in numerous configurations and under various names, importing a better-made, later-model SD1 might be the way to go. 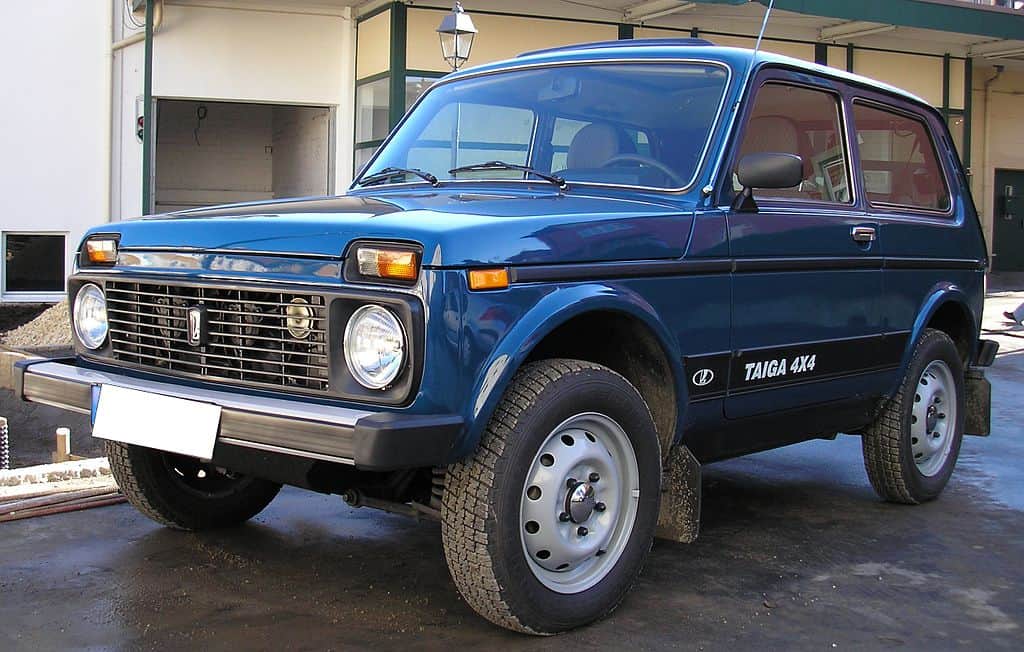 Introduced in 1977, the Lada Niva is another unsung, unibody proto-crossover. Now called simply the Lada 4×4, it’s the longest-running four-wheel-drive vehicle still in production. Although originally intended primarily for use in rural Russia (“Niva” translates as “field”), it swiftly scooped up 40% of Europe’s 4×4 market, leaving domestic customers to endure long waiting lists.

Widely used by military and police forces around the world, and by expeditions to some of the planet’s most forbidding places, the boxy and supremely capable first-gen Niva has also earned a cult following among urban drivers. Robert Smith, singer of The Cure, imported a Niva into London in 1981 and was still driving it into the 1990s, despite his band’s enormous success. In 2009, Vladimir Putin bought a camo-painted model.

The Niva was assembled in numerous countries and used under various names on all six continents. With more than 2.5 million produced, including tens of thousands sold in Canada in the 1980s and ‘90s, finding one for import shouldn’t be hard.

The gorgeous Bitter CD is a German car with a lot of American in it. Its 1969 prototype, dubbed the Opel Coupé Diplomat (hence “CD”), was principally the work of American GM designers “Chuck” Jordan and Dick Ruzzin. And the three-door production model, refined by Italian designer Pietro Frua, featured a Chevy V8.

Bitter specializes in re-bodying other manufacturers’ vehicles, with the CD being based on a shortened Opel Diplomat platform. Yet, with its long hood and smoothly tapering roofline, it was a stunner. Upon debuting at the 1973 Frankfurt Motor Show, 176 CDs were immediately ordered, despite costing $34,000 (at a time when a Ferrari Daytona or Maserati Ghibli was in the low $20,000s).

Only 395 CDs were ultimately made. More (relatively) common stateside is the later Bitter SC sedan, which was briefly sold by a handful of Buick dealers in the mid-1980s. The SC resembles Ferrari’s 365 GT4 2+2 so closely that the only one I’ve ever seen in L.A., an imported coupe, is badged as a Ferrari.

At a time when strict regulations curtailed imports of foreign-made cars into Brazil, domestic automaker Puma sprang up to help fill the void. Initially making DKW-engined racing cars, Puma soon switched to rear-engined, Volkswagen-based specialty sports cars with shapely fiberglass bodies. The Lamborghini Miura-inspired, rear-wheel-drive GTE was the most numerous of these, with more than 8,700 made.

The beautiful and nimble GTE used a Brazilian VW Karmann Ghia (or Brasilia, on later models) floorpan, with a 1.6-liter VW engine and drivetrain. Small numbers of GTEs sporadically found their way to the U.S., but most were in kit form. Less restrictive regulations allowed some complete models to be sold in Canada.

With the history and build quality of a classic kit car always hard to determine (especially as Pumas were not designed to be sold as kits), importing a complete GTE from Brazil may well prove preferable. Kombi Warriors, a company that specializes in sourcing classic cars in Brazil, has several GTEs ready for export. 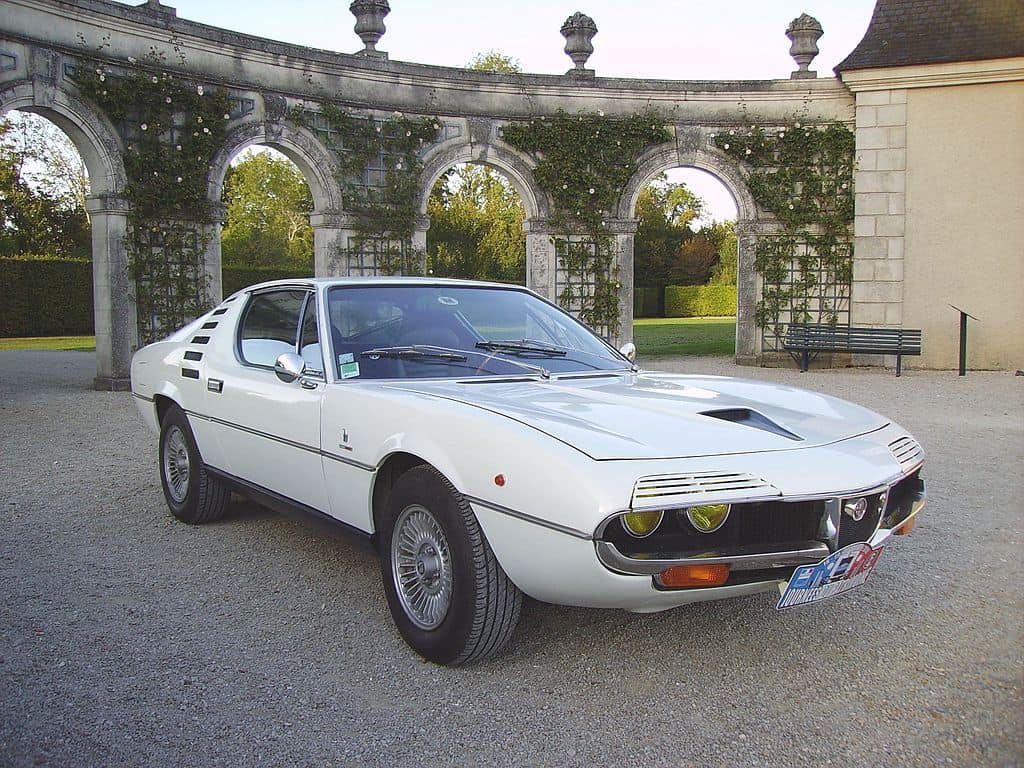 For most of us, importing an Alfa Romeo Montreal – or even just sitting in one – is the stuff of fantasy. A 2+2 coupé designed by Marcello Gandini at Bertone (who also styled the Lamborghini Miura), the Montreal was so singularly jaw-dropping that it remained almost unchanged throughout its 7-year run.

It was informally christened by the public after its nameless concept debuted in 1967 at Expo 67, held in Montreal, Canada. Alfa Romeo simply ran with the Montreal name when the production version appeared three years later. Ironically, none of the approximately 3,900 Montreals made were originally sold in Canada or the U.S., as Alfa never developed a version that would meet North American emissions requirements. But some have made their way stateside.


The Most Dangerous Road in the World
15 of the Baddest Modern Custom Trucks and Pickup Truck Conc...
Believe It Or Not, There Is a Hemi Camaro Out There
The Fastest, Heaviest, Longest, Slowest, Tallest, Lightest 2...
The Top Ten Cars Most Desired by Women
15 Best Drift Videos Of All Time