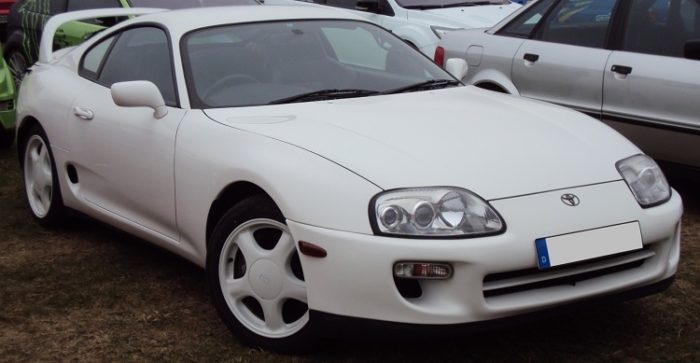 Your typical car buyer understands that Japanese cars have developed quite the reputation for building quality cars with low maintenance, good fuel economy, and high resale values. However, some buyers may not realize that several Japanese automakers have built some of the coolest cars ever.

To help get everyone acquainted with the awesome Japanese cars over the years, we tossed together this list of our 10 favorite Japanese cars. 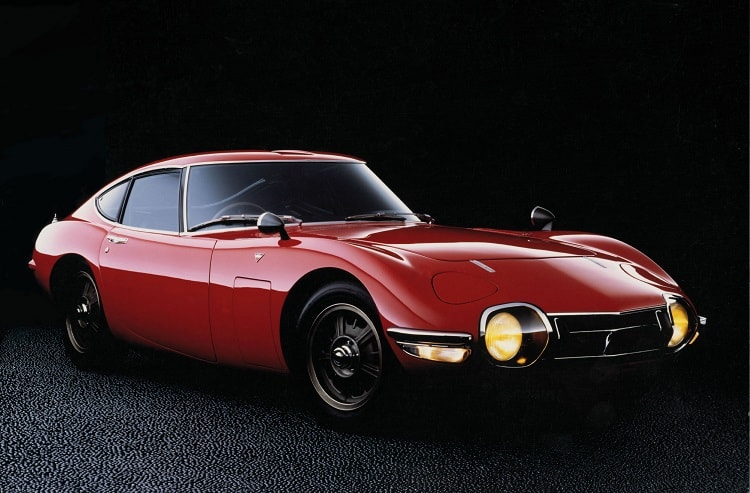 The Toyota 2000GT wasn’t overly fast or powerful, but it was one of the original Japanese sports cars. Plus, for its era, it was damn sexy. Its long hood and curvy body looked almost Jaguar-like, and its low curb weight and responsive chassis made it a blast to drive.

It’s no wonder pristine examples of this classic Japanese sports car rake in more than $1 million. Also aiding in its high price tag is the fact that Toyota built only 351 units between 1967 and 1970. 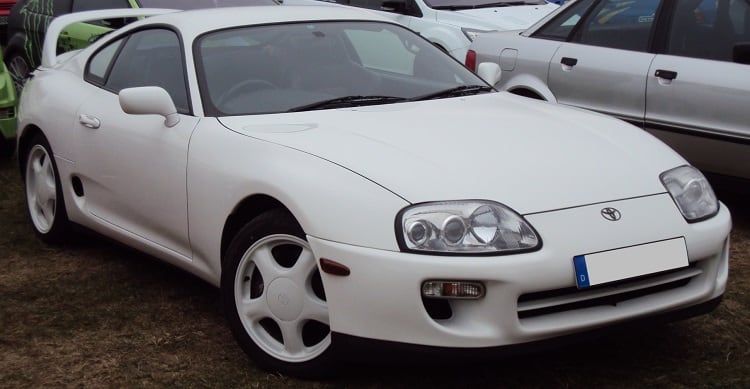 The Toyota Supra was the spiritual successor to the iconic 2000GT, and it held the position as the brand’s resident sports car rather well. The Supra began life in 1978 as the Celica Supra, but this generation wasn’t overly impressive. In 1987, however, Toyota introduced the first turbocharged Supra, which pumped out 230 horsepower, thereby lighting the fuse on its soon-to-explode bomb of popularity.

By the time the final-generation Supra was upon us, it topped out at an incredible 320 horsepower and made auto enthusiasts everywhere drool. 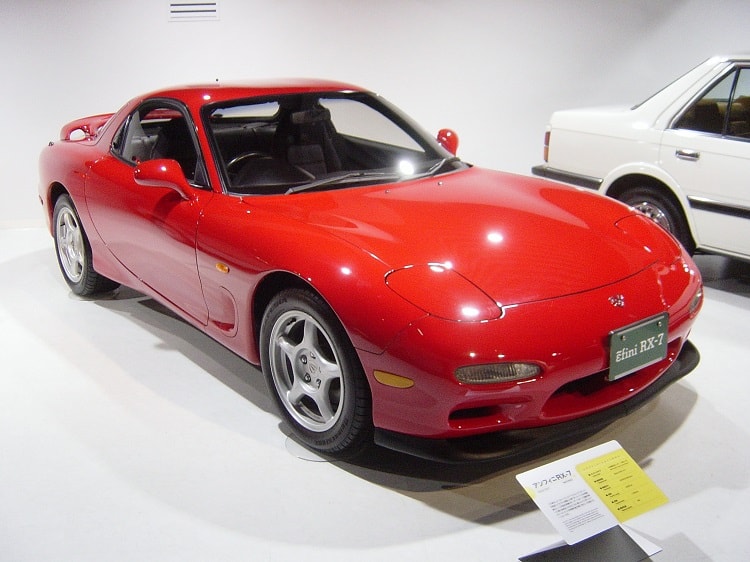 The Mazda RX-7 is yet another Japanese icon that deserves its spot on this list. It began in 1978 as a lightweight sports car that used a unique rotary engine instead of a traditional piston engine. This engine was well known for producing high horsepower for its relatively small size, and it allowed Mazda engineers to better balance the front-to-rear weight distribution.

Later in life, the RX-7 gained a turbocharger and became one of the most awesome sports cars on the road. These turbocharged RXs are some of the most desired Japanese cars in the world. 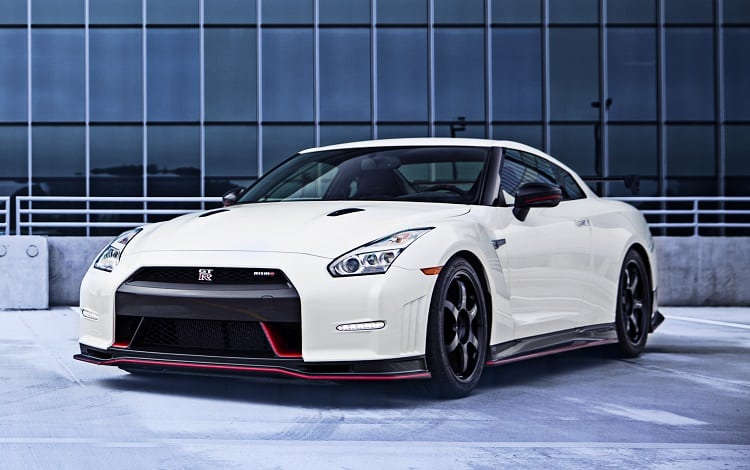 The Nissan Skyline GT-R was a great car, but its successor, the GT-R, is the coolest new Japanese car today and stands as one of the coolest ever.

The GT-R debuted here in the U.S. in 2009 with a twin-turbo V-6 that produced 480 horsepower, and a chassis that felt like it was on rails. With each passing year, Nisan improved the GT-R, and as of the 2016 model year, the GT-R produces upward of 600 horsepower from its NISMO version. 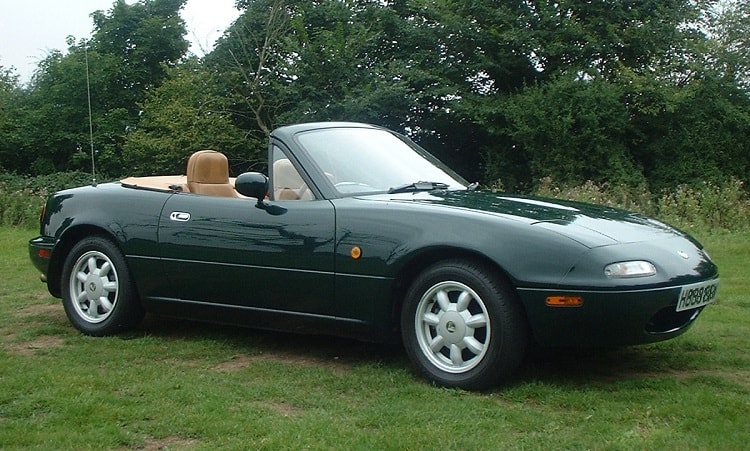 The Miata took a formula that few thought would work – low weight, low power, precision steering, and a small-displacement engine – and turned it into the MX-5 Miata. To this day, the Miata remains a Japanese icon, and is now entering its fourth generation.

Throughout the years, the Miata was never an overly powerful car, as its strongest models were the 178-horsepower Mazdaspeed versions in 2004 and 2005. Instead, the Miata has been a shining example that you don’t have to have huge horsepower numbers to have fun. 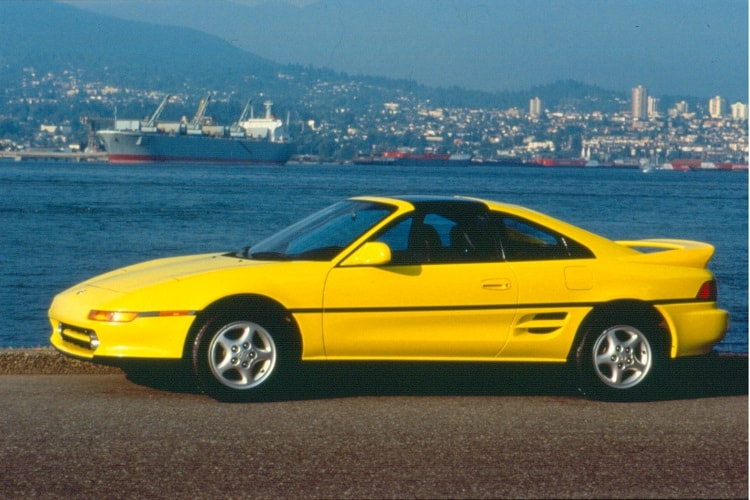 Sans the final generation of MR2 Spyders, the “Mister 2” was one of the coolest Japanese cars ever manufactured. It featured a small footprint, a mid-mounted engine, and all the character an enthusiast could ever want.

The MR2 hit paydirt with the introduction of the supercharged model in the U.S. in 1988, which bumped its output to 145 horsepower and dropped its 0-to-60 time to fewer than seven seconds.

With the 1991 introduction of the second-gen MR2, the model took a step toward the exotic, thanks to its aggressive-looking, Ferrari-like body. In this generation, Toyota offered a turbocharged model that produced a mighty 200 horsepower, solidifying its place as one of the greatest Japanese cars ever. 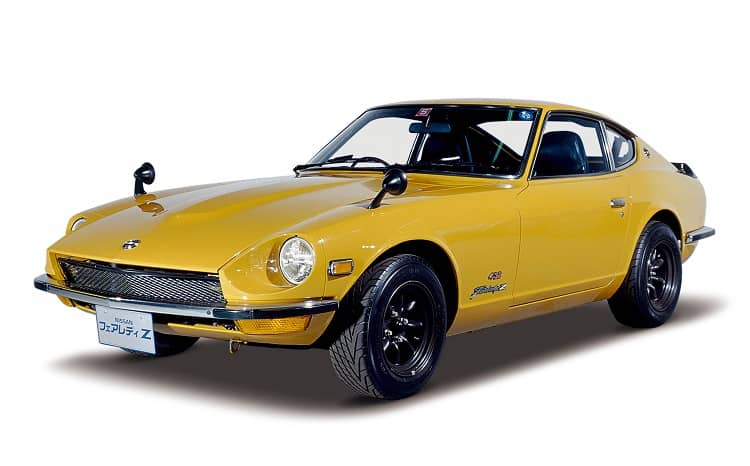 You cannot talk about the greatest Japanese cars and not bring up the Nissan/Datsun Z-cars. The legend of the Z-cars stretches back to the 1969 introduction of the Datsun 240Z. The 240Z combined power and nimbleness like none before it, thanks to a low curb weight, a well-tuned suspension, and a 2.4-liter inline-six engine that developed 151 horsepower.

In the early 1980s, the Z gained a turbocharger in its 280ZX generation, and this model produced a mighty-for-its-era 180 horsepower and 203 pound-feet of twist. Power continued rising throughout its generations to 300 horsepower in the 300ZX of the 1990s. 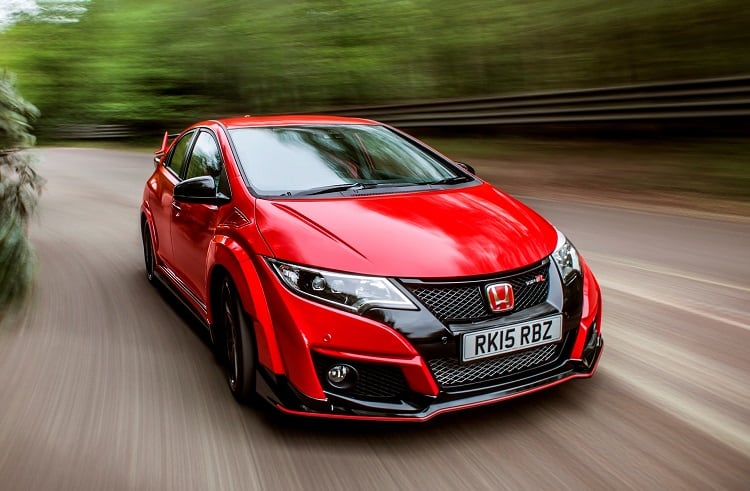 The Civic Type R had long been a unicorn here in the U.S., as we’ve always been the recipients of the almost-as-cool Si model, while Japan and Europe got the full-on “R” treatment. Fortunately, there was never a massive power gap between the U.S.-spec Si and the JDM-pec Type R, until recently.

The latest iteration of the Type R produces 306 horsepower and 295 pound-feet of twist from its turbocharged 2.0-liter four-cylinder engine. That’s a massive leap over the U.S.-spec Si, but fortunately, the U.S. will receive this version of the Type R, satisfying the itch of Civic fans across the country. 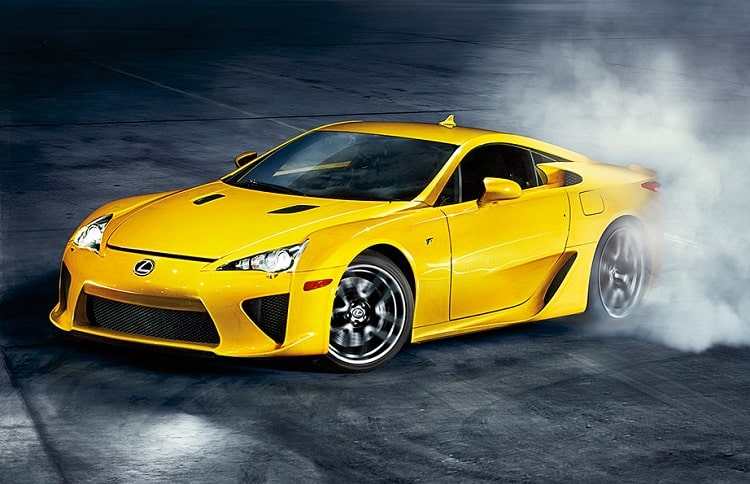 Lexus has never been an overly exciting company, but it did release one truly drool-inspiring rig, and that is the LFA. This V-10-powered Lexus supercar hit the market in 2012 and gave buyers a new reason to look at the Japanese luxury brand thanks to its 552 horsepower, 354 pound-feet of twist, and stunning appearance.

The V-10 powerplant mated with a six-speed sequential gearbox that delivered power to the rear wheels. This drivetrain combo allowed the LFA to hit 60 mph in just 3.6 seconds and hit a top speed of 202 mph. 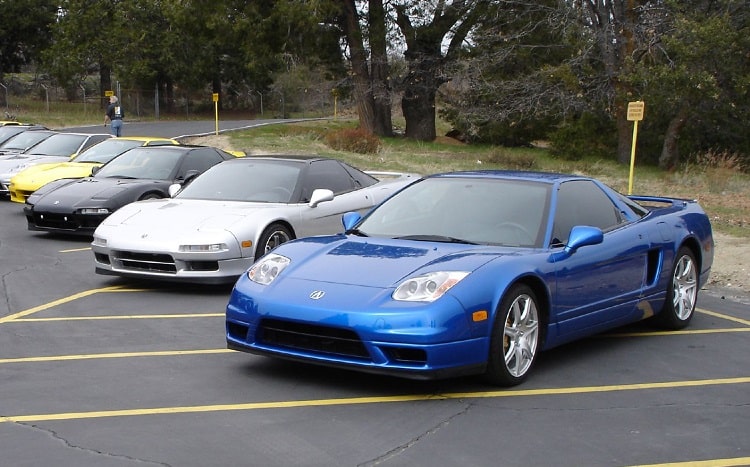 For a niche sports car, the Acura NSX lived a pretty long life that spanned from 1991 through 2005. Through these years, the NSX gave buyers with the desire of owning an exotic but not the appropriate bank account the opportunity to own an exotic-looking car.

Unfortunately, the NSX wasn’t near the supercars of the era, as its 3.0-liter V-6 produced only 270 horsepower and 210 pound-feet of torque and its 3.2-liter engine in later models cranked out only 290 horsepower. Regardless, the NSX looks and handles like a supercar, making it one of the best Japanese cars ever.

The NSX is due to make a return in 2016 with a V-6 engine that features hybrid technology to push its output to nearly 450 ponies.


The Compelling History Of The Dodge Dually Pickup
HOT NEWS: 2020 is The Last Year for The Toyota Yaris!
8 of the Best 2021 Sedans
Toyota Enthusiasts Call Out Hummer, So We Made The 'HummJ'
Extremely Rare "A" Scheme '69 AMC Hurst SC/Rambler for Sale ...
Hyundai Celebrates Earth Day with K-Pop Group BTS and Global...