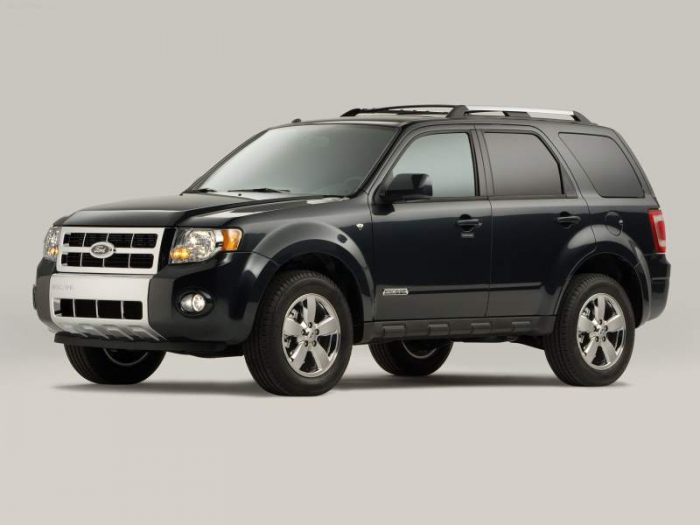 Sport utility vehicles, or SUVs, offer versatility, the room to haul lots of people and gear, and the ability to get you just about anywhere you need to go. They are a great choice for families as well as just about any other type of driver. Unfortunately, putting a brand new one in the garage can be expensive. Luckily, there are plenty of great used SUVs available that will fit the bill. If you are looking for the best used SUV, you have come to the right place.

The vehicles on our best used SUV list range from large luxury rides to the more basic crossovers and CUVs. Keep reading to find the best used SUV for you.

The Acadia is a great choice if you are looking for a full size SUV. It was introduced in 2007 but we think the 2011 to 2014 models are the best choice. These Acadia’s managed a 5-star rating from the NHTSA and are nicely outfitted with safety features and the latest technology of their time. The 2011-2013 models earned the “Top Safety Pick” designation from the IIHS, making them particularly attractive, especially if you are buying for a teen driver. 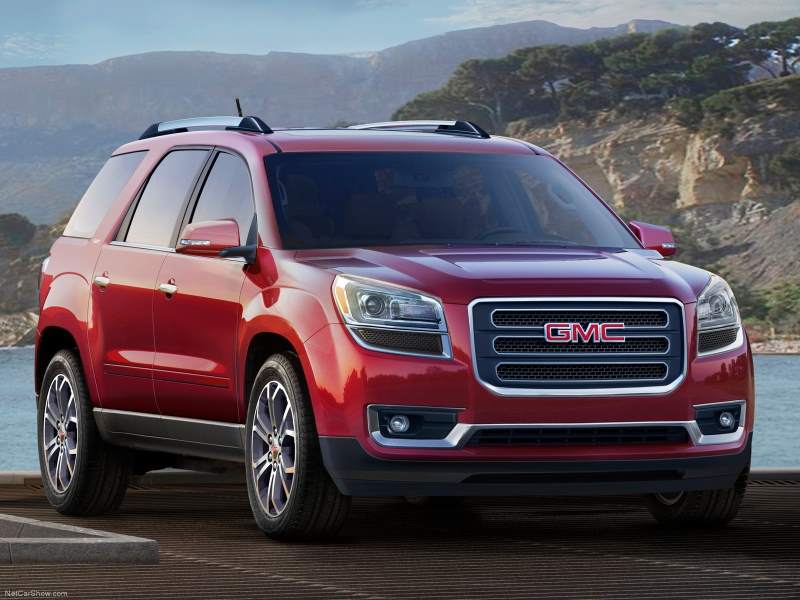 The Acadia is well powered with a 3.6 liter V-6 under the hood that puts out 288 horsepower and is paired with a six-speed automatic transmission. Front wheel drive is standard on most trims but all-wheel-drive is an option. The Acadia has one of the largest cargo areas in its class and depending on the trim level you choose it may come standard with leather seats, navigation, heated seats and even a power lift gate. 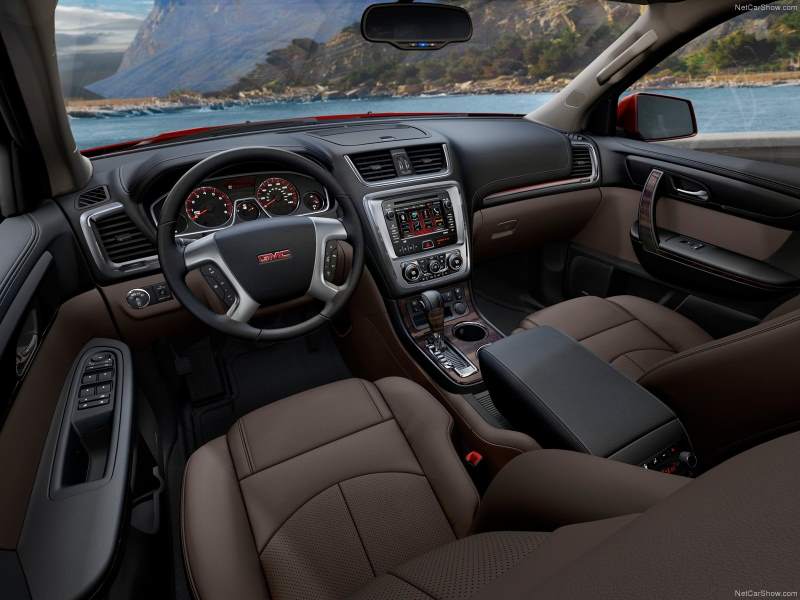 While critics complained that the interior was outfitted with materials that felt cheap, later model years saw an upgraded interior.

If you are looking for something that comes in under the $10,000 price range but still has plenty of room, consider the 2009 Saturn Outlook. It shared many of the same features and parts of the Acadia but at a lower price point. 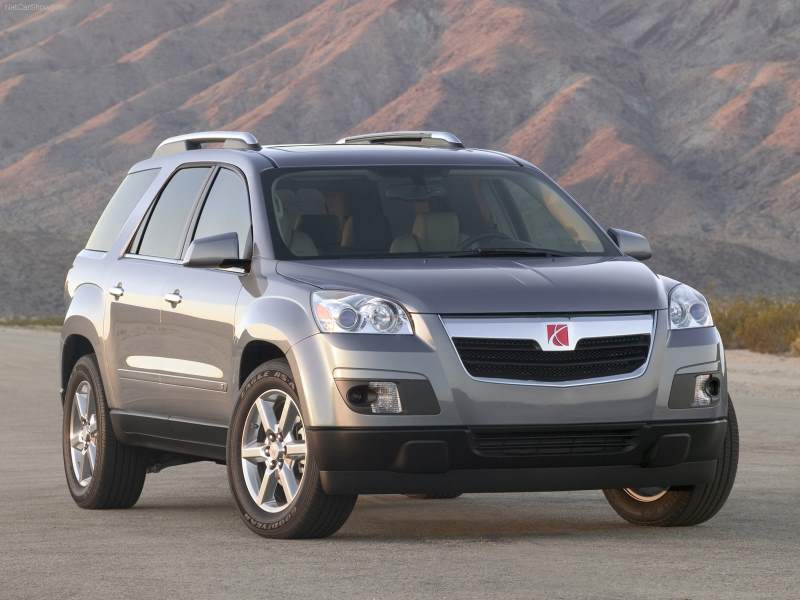 Like the Acadia, it can seat eight and haul a ton of cargo with 116 cubic feet of available cargo space. The Outlook also came with a 3.6 V6 engine and standard front wheel drive with all-wheel drive as an option. 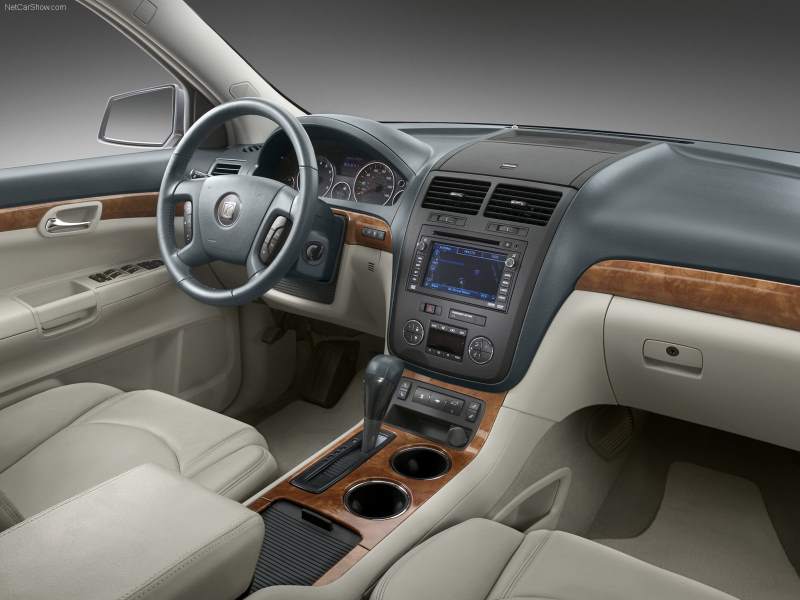 The Outlook was a Top Safety Pick according to the IIHS and received 5 stars from the NHTSA.

Looking for a luxury ride? The Acura MDX is a great choice and we recommend the 2008-2013 model years. The MDX has three rows of seating and comes with a 3.7-liter V-6 that puts out 300 horsepower as standard equipment. Acura’s Super Handling All-Wheel Drive (SH-AWD) system was standard across all trims so regardless of which model year you choose, it will be an all-wheel drive SUV. 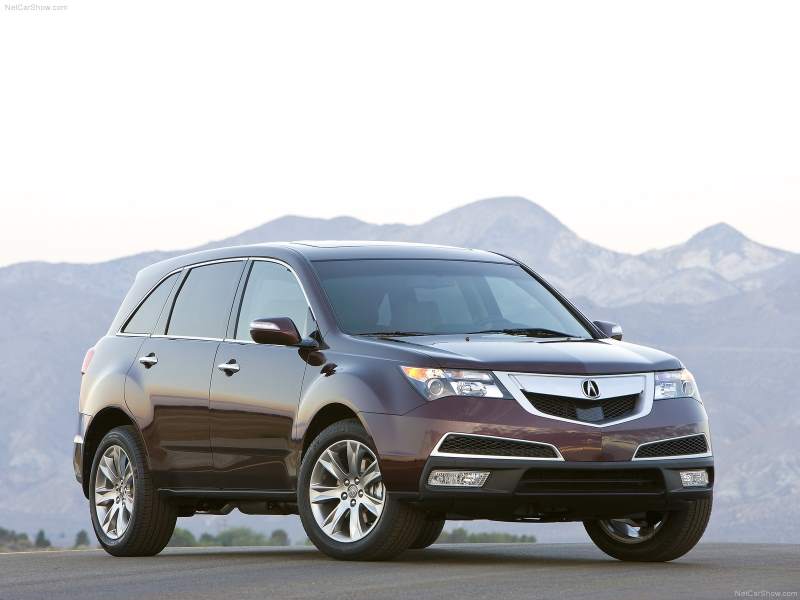 While not as spacious as the Acadia, it can handle up to 83.5 cubic feet of cargo so you can still haul plenty of gear. The main complaint about the MDX was a cramped third row. 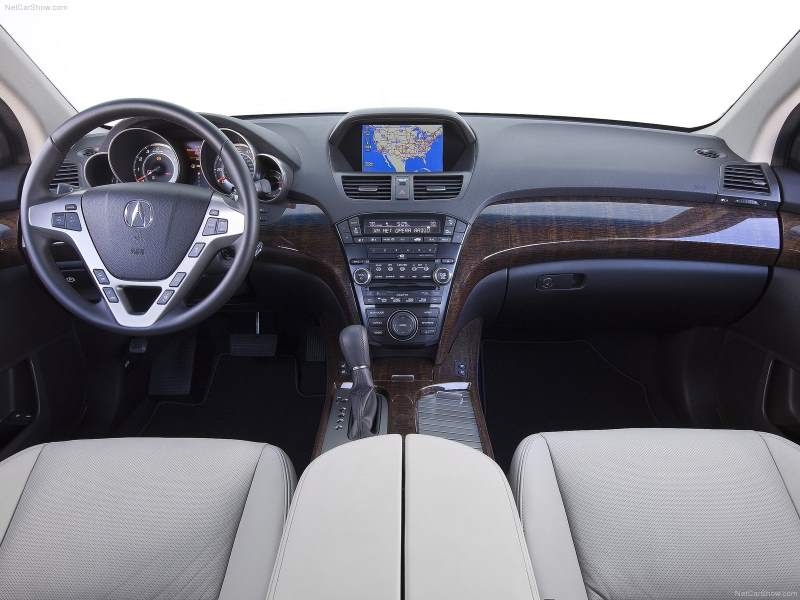 The MDX is considered extremely reliable and very safe. Safety ratings vary over the model years with the 2012 and 2013 being named a Top Safety Pick by the IIHS. Safety features included blind spot warning, rear view camera and even Collision Mitigation Braking on higher trim levels. All of these safety features, combined with a luxurious interior and all-wheel drive make the MDX a top contender for the best used SUV available.

Prices can vary dramatically depending on year, condition, and trim level, but expect to pay between $14,000 and $25,000.

The Escape has been an excellent choice in the compact SUV market for years but if you are looking for a reliable ride at an extremely affordable price, we recommend the 2009 model year. You can often pick one of these up for $5,000-$6,000 so it is very affordable and still provides plenty of safety features. 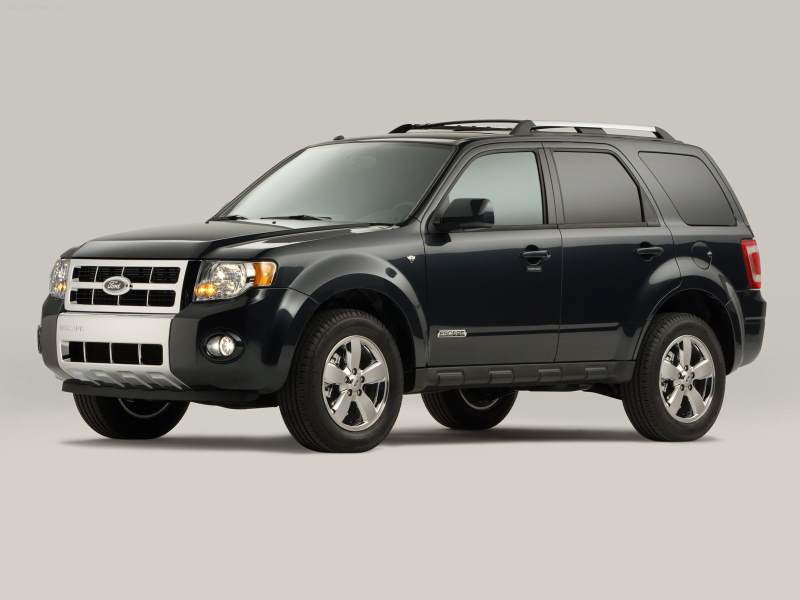 The base model came with a 171 hp four-cylinder engine but if you can find one, upgrade to the V6 that put out 240 hp. Front wheel drive was standard with four-wheel drive being an option. The Escape was a Top Safety Pick according to the IIHS and received 5 stars from the NHTSA. 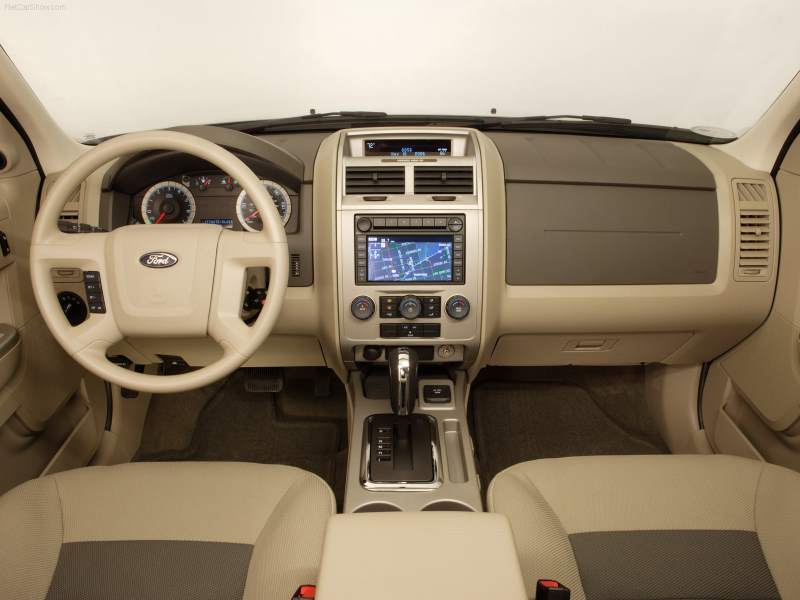 The 2009 Escape was a bit underwhelming when it came to the interior with cloth seats and a basic stereo coming as a standard. Moving up trim levels adds leather, Bluetooth, a power sunroof and navigation. It can handle roughly 67 cubic feet of cargo.

At this price point, the Escape is one of the most affordable choices and definitely a great choice for our best used SUV list.

This is another long-time favorite with critics and consumers. There are a number of model years to choose from but we like the 2012-2014 CR-Vs. The CR-V was a Top Safety Pick during these years and also earned a 5 Star rating from the NHTSA. 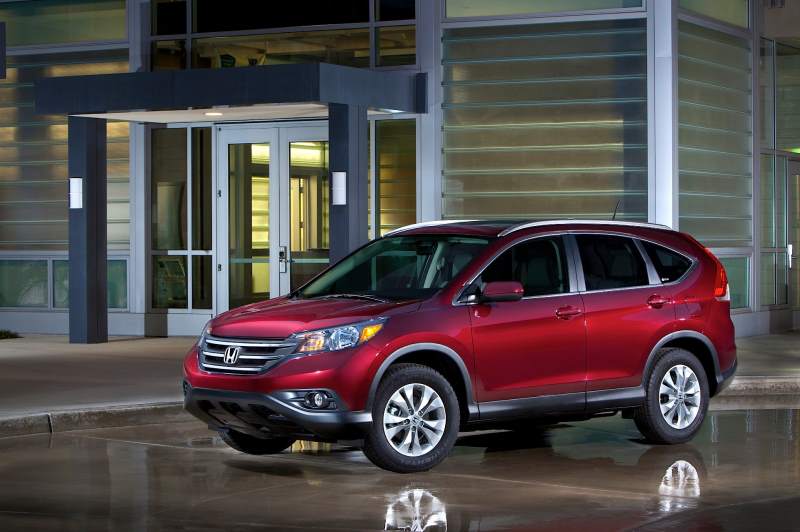 The CR-V is powered by a four-cylinder engine that can be a little underwhelming according to critics. The CR-V makes up for its lack of power with plenty of standard features that include a rearview camera, Bluetooth and a USB port for your phone. Higher trim levels include navigation and a rear-seat DVD entertainment system. 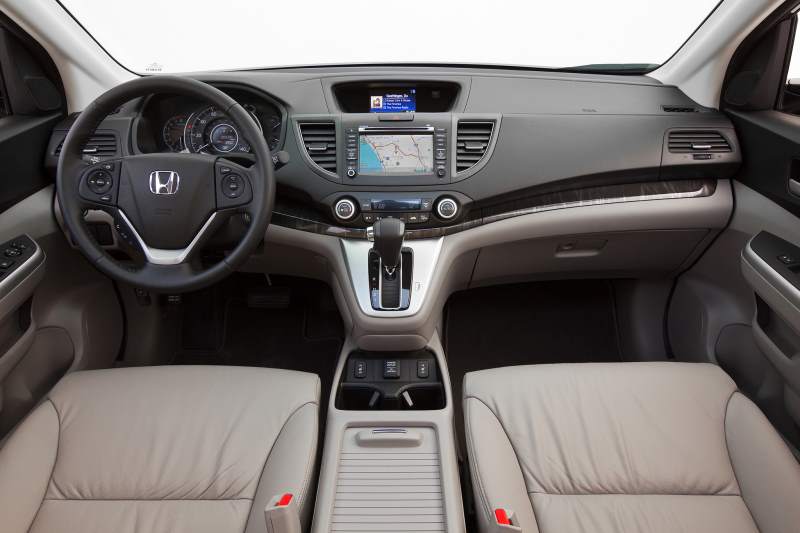 The CR-V is a very dependable SUV that will provide years of service, which is why it makes our best used SUV list. Pricing will vary but expect to shell out between $8,000 and $16,000 for low mileage EX-L trims.

Another luxury choice is the Lexus RX 350. While this vehicle has always been a winner, we prefer the 2010 to 2013 model years when it comes to the best used SUV accolade. In 2010, the RX was completely redesigned so it is loaded with features that make it both safe and luxurious. 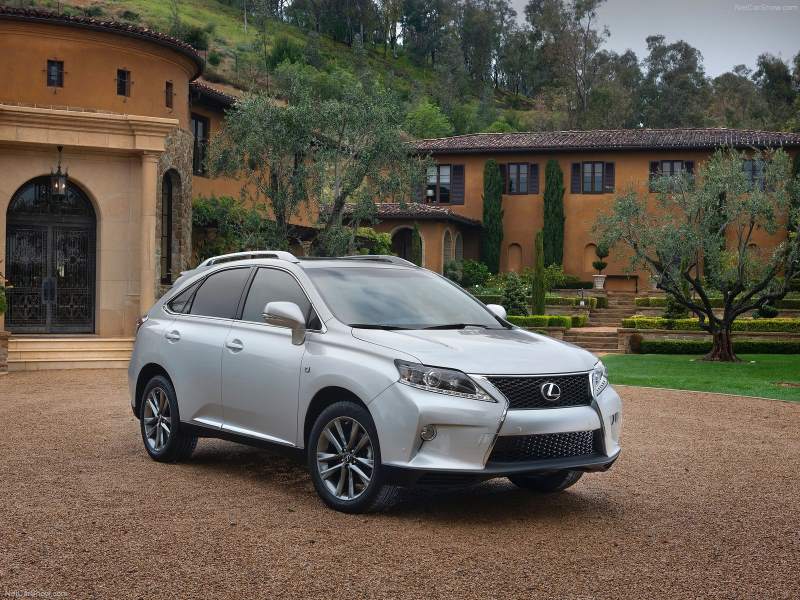 The RX was named an IIHS Top Safety Pick in 2010 due to its 10 airbags and an Automatic Collision Notification system that came as standard equipment. A rearview camera, adaptive headlights, and radar cruise control were also available as optional equipment. 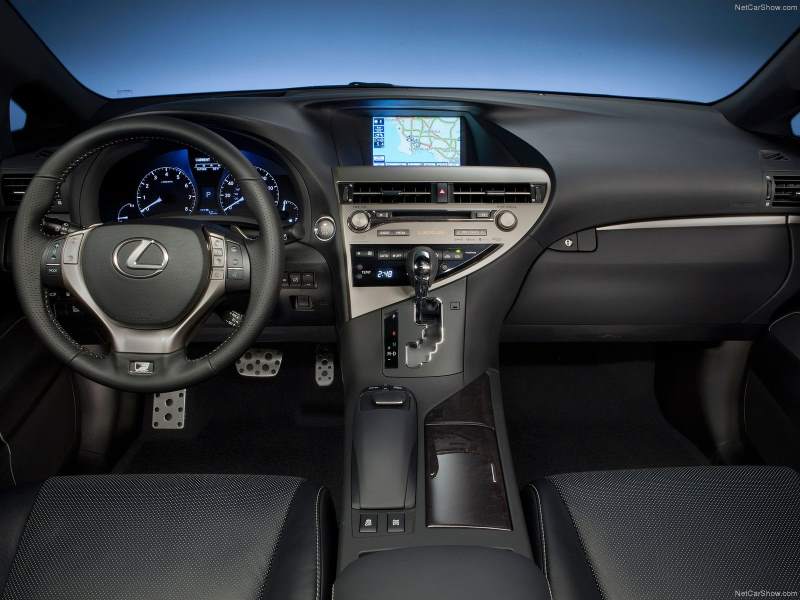 As expected, the interior is pure luxury with a leather-wrapped steering wheel, nine-speaker high-end stereo and wood trim all coming as standard equipment.

The Santa Fe is another great choice if affordable is your main criteria and we recommend the 2009 model year. You should be able to pick one up for between $6,000 and $8,000 making it one of the cheapest vehicles on our best used SUV list. 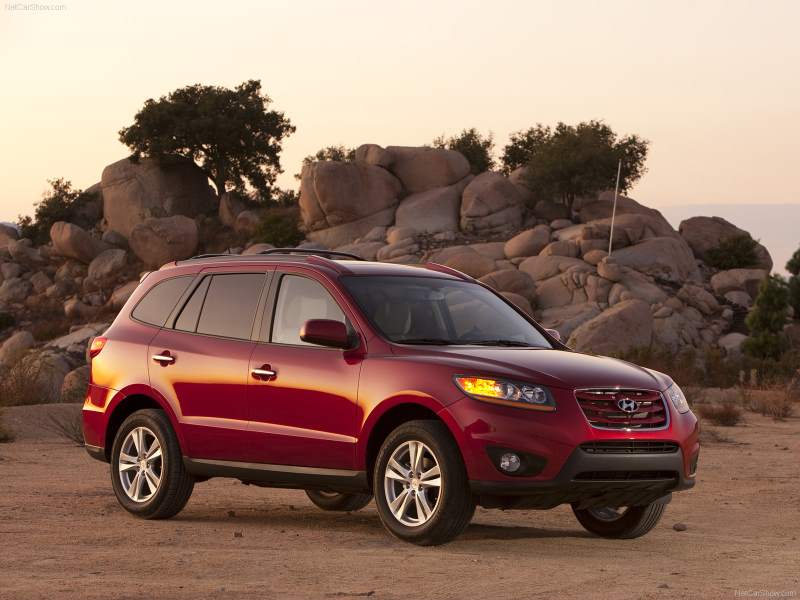 The Santa Fe was a Top Safety Pick and also managed a 5 Star rating from the NHTSA. 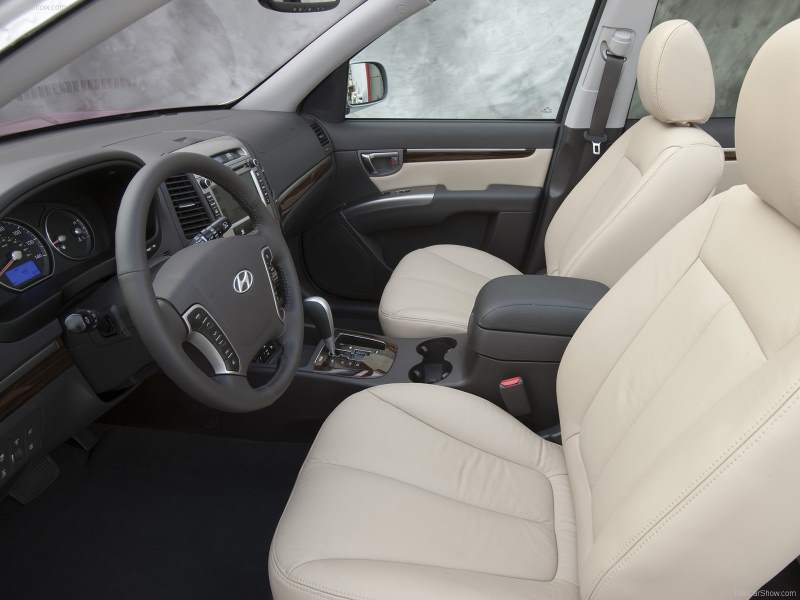 As you’re now hopefully aware, buying a used SUV doesn’t have to be a nightmare, and there are actually some really good options on the market. You can still have exactly what you need or want for a fraction of the price, the only thing left to determine is what the best used SUV for you is!


The Best Bentley 2021 Cars
New Porsche Cayenne Crushes Italians in Record Nordschleife ...
Save Money with These 10 New Cars under $15,000
The Best Car Duster of 2020
The Best 2020 Buick Models
10 Best Off-Road Wheels: Not All Wheels Are Created Equal [B...