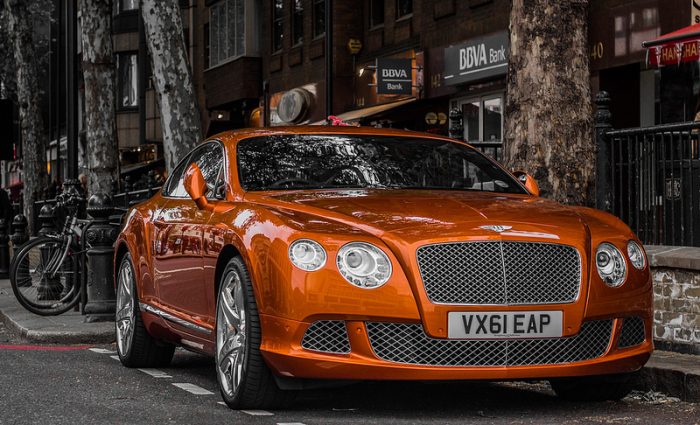 In a bygone era, finding affordable luxury cars was an easy task; especially if $75,000 was your benchmark. As recently as 2010 you could buy a respectably equipped Bentley Continental GT for that kind of money.

Unfortunately, inflation and other factors have made finding affordable luxury cars a tad more difficult. That’s where Gearheads comes to the rescue. We have scoured the world to find premium cars that can be bought for less than $75K. To make the list as interesting as possible we took into account that premium and luxury mean different things to different people, so we threw in luxury cars, sports cars, and premium sport sedans. Luxury SUVs deserve a list of their own, so we will leave that for another day. 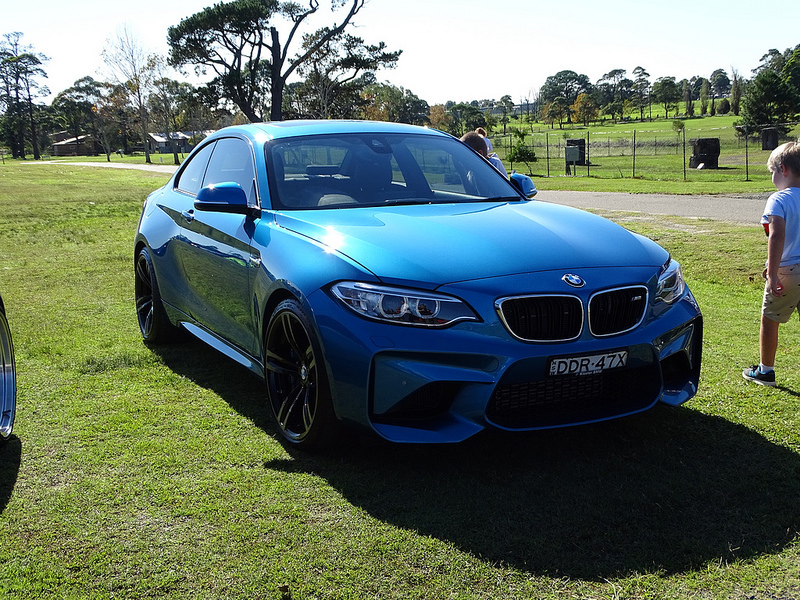 If you want an affordable luxury car with reasonable power and driving excitement in one package, then the BMW M2 is the place to start. For about $56,000, you get 365 horsepower that will propel you from 0 to 60 mph in just 4.1 seconds. According to the BMW website, the M2 has a Nurburgring lap time of 7:58. The M2 is built on the same lightweight aluminum suspension as the M4 in addition to being equipped with compound brakes and BMW’s Active M Differential. That’s pretty impressive for an introductory M-series car. 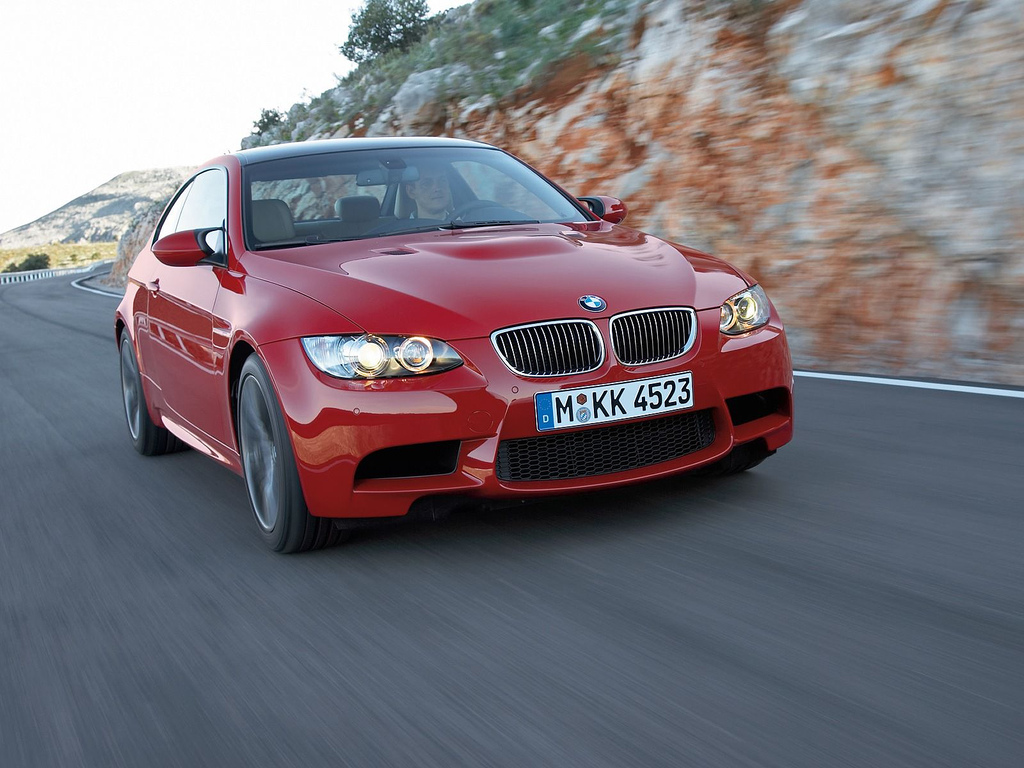 Any time you discuss the BMW M-series, you have to discuss the M3. The M3 has a base price of $65,500. Unfortunately, that means adding all of the bells and whistles that you want will push it past the $75,000 benchmark we have set. As long as you skip the bells and only add a few whistles, you’ll be fine. What you get from the M3 is 425 ponies that push out a 3.9-second 0-60 time. The top speed is electronically controlled at 155 mph, which is only slightly disappointing. If you know how to get around that though, the M3 is definitely capable of more. The M3 uses variable camshaft timing to create higher pressures in each cylinder to force feed its TwinPower turbos. The combination guarantees perfect power output across the entire rev range.

The Chevrolet Corvette Grand Sport is more of a pure sports car than the BMWs we have covered so far, but premium still applies. It makes our list of afordable luxury cars because it comes in around the $66,000 mark. The Grand Sport mates a Z06 suspension with the 460 hp 6.2L V8 powerplant from the Stingray to create a Corvette that has a 0-60 time of 3.6 seconds and an estimated top speed of 195 mph. If you upgrade to the Z07 performance package, you add carbon ceramic Brembo brakes and high-performance tires, making the Grand Sport track-ready so you can test out that top speed. The Z07 package adds eight grand to the sticker, keeping it just under 75K. 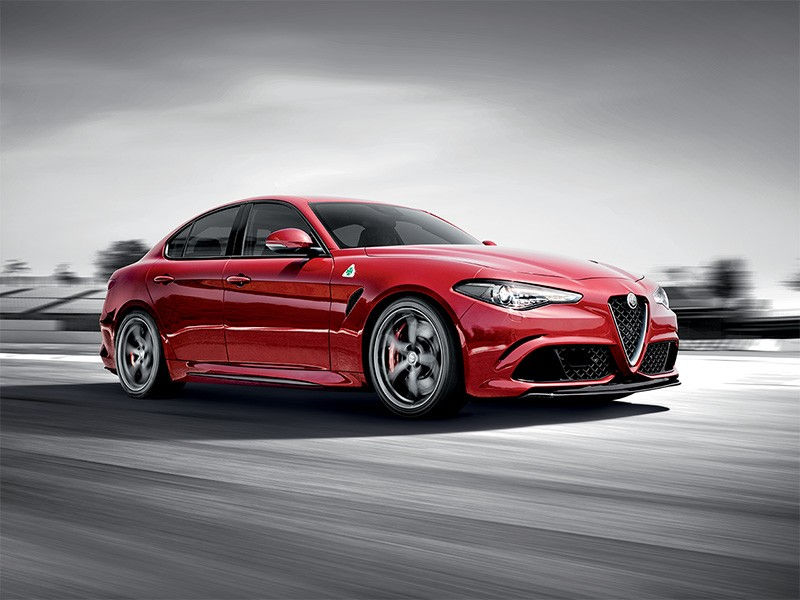 Alfa Romeo has been absent from the North American scene for quite a while and many detractors say that the build quality of the Italian maker has been suspect at times. However, Alfa Romeo has hit a home run with the Giulia Quadrifoglio. This sport sedan combines sharp handling with a 505 hp engine and a smooth-as-butter eight-speed automatic gearbox. The Giulia Quadrifoglio has a 3.8 second 0-60 time, a top speed of 191 mph, and a Nurburgring lap time of 7:32. The sum total is a $72,000 car that practically begs to be driven hard and put away wet. 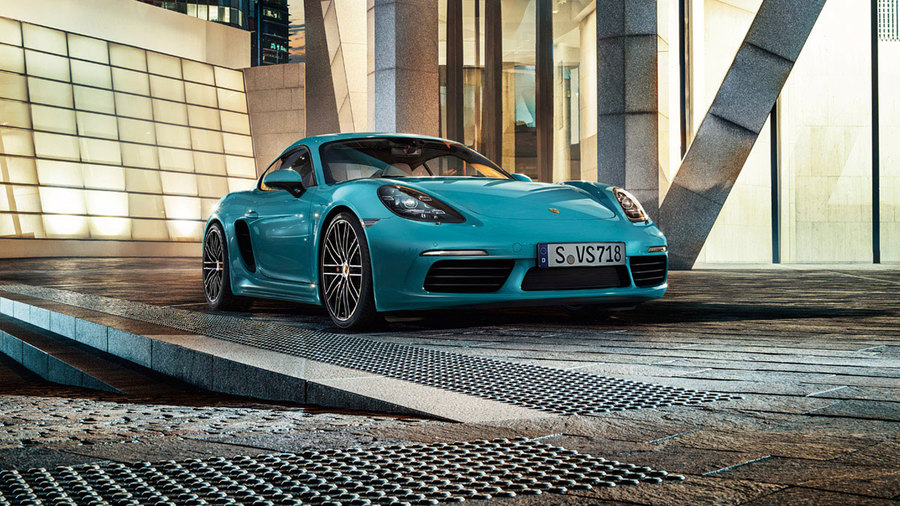 Porsche recently opted to do away with naturally-aspirated engines. For some purists that is a negative, but the majority of us agree that turbocharged Porsche powerplants are exciting. The Porsche 718 Cayman S uses a 2.5L turbocharged flat-four that has a maximum output of 350 hp and is capable of jumping from 0-60 in 4.4 seconds. It also has an MSRP of $67,700. If you opt for the base model Porsche 718 Cayman, you don’t really lose a whole lot. Sure, the base unit only has 300 hp and the 0-60 time creeps to 4.9 seconds, but it has a bargain-basement starting price of just $55,300, truly a great option as far as affordable luxury cars go. 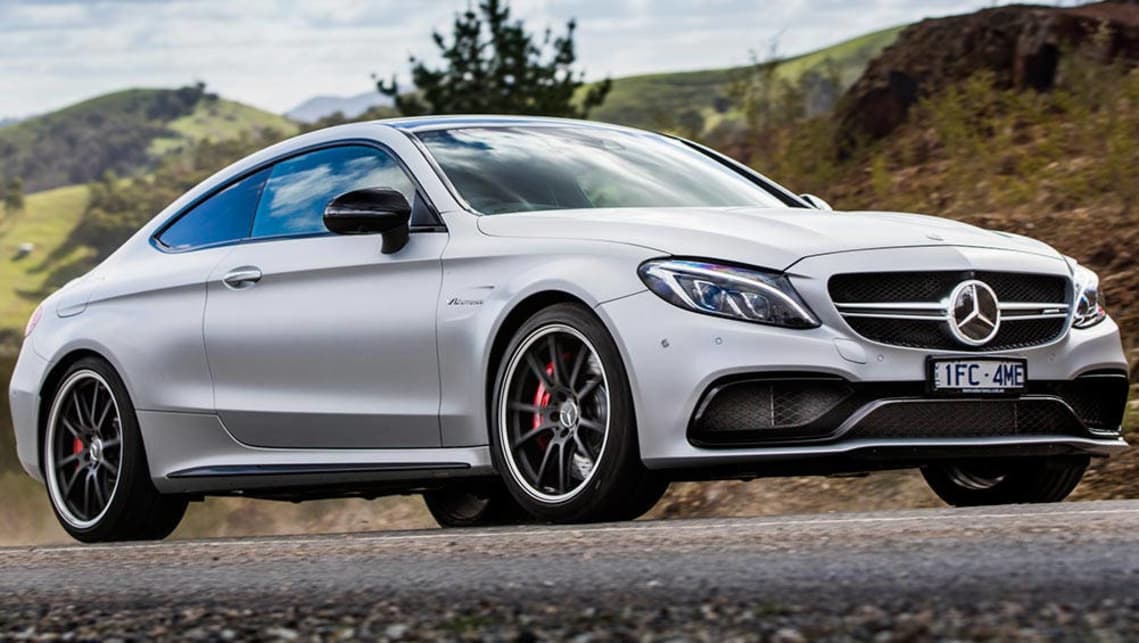 It is hard to wrap your mind around finding affordable luxury cars with the Mercedes-AMG badge, but for $75,000 you can buy a C63 S Coupe. The Mercedes-AMG C63 S Coupe is powered by a sensually responsive twin-turbo 4.0L that smashes 503 hp and 516 lb-ft of torque through an eight-speed gearbox. The result is a sub-4 second 0-60 time. The top speed is electronically limited to 180 mph, but that is more than enough for the average driver to handle. The suspension is tuned for aggression and you will be wrapped in a driver-centric cockpit that is the epitome of luxury.

Cadillac has been defining affordable luxury cars for several decades. The Cadillac CTS is the current award winner from the storied automaker. The base unit is powered by a turbocharged 2.0L capable of 268 hp. A little humdrum, but it has a very affordable sticker of $46,000. If you want to combine power and luxury, you will want to upgrade to the CTS-V Sport. The CTS-V Sport is powered by a twin-turbo V6 that offers 420 hp and 430 lb-ft of torque. In addition to a 0-60 time of 4.4 seconds, the CTS-V Sport has a list of luxury options that is far too long to add here. Despite all of the power and luxury, the CTS-V Sport is still affordable at $62,000. 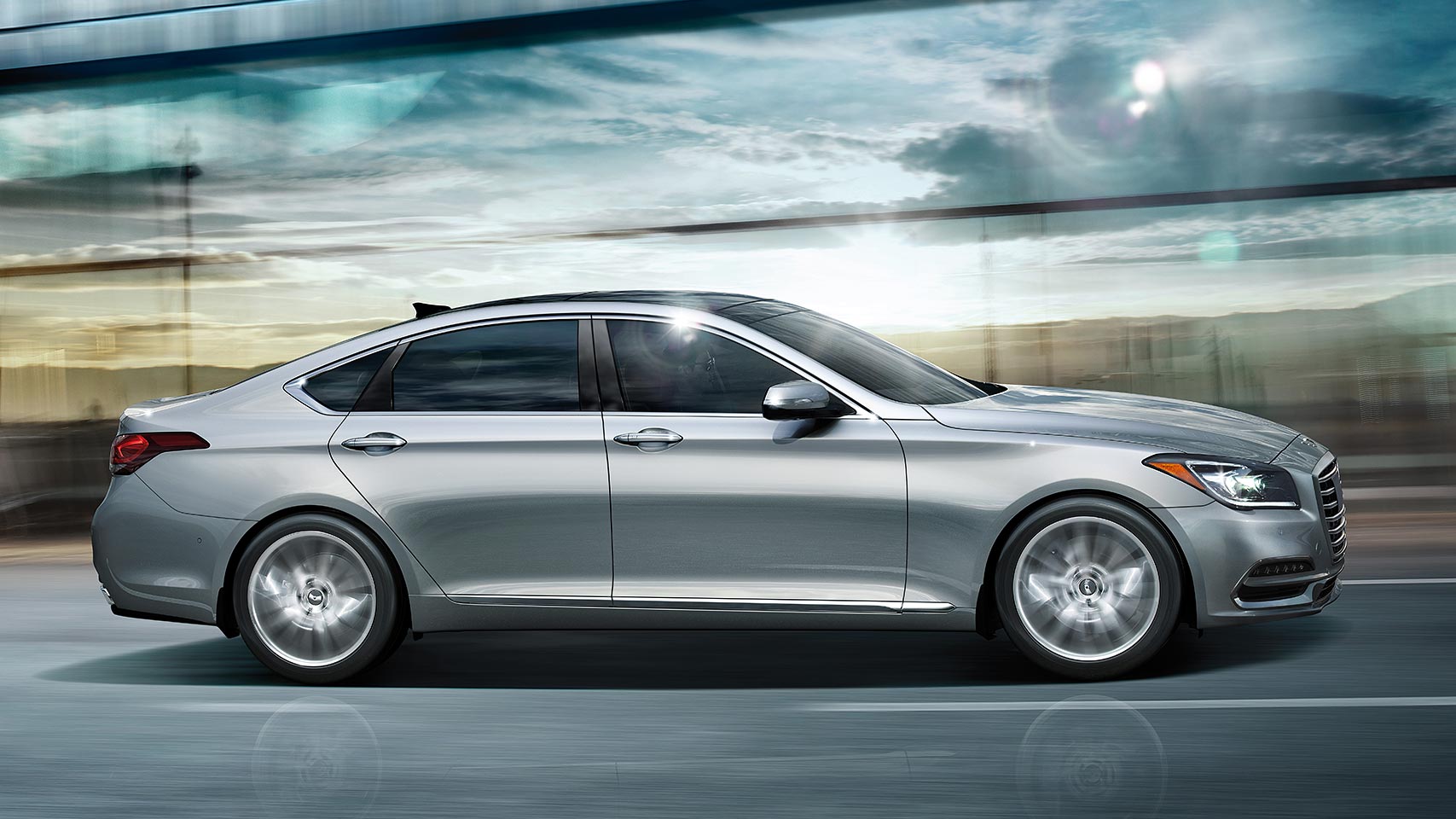 The Hyundai nameplate is more often associated with economy cars than with affordable luxury cars. The Genesis G80, however, might just be able to change your perspective. The G80 offers a sleek design, 311 hp, and the lowest price tag on our list. Starting at just $41,750 according to the Hyundai website, the G80 can quickly steal your heart and soul. While the numbers from the base engine are pretty nice, things really start to get interesting with the optional 5.0L V8 and AWD. That gives you 420 ponies and 383 lb-ft to play with. It also bumps the MSRP up to $59,500, but we all know you have to pay to play. 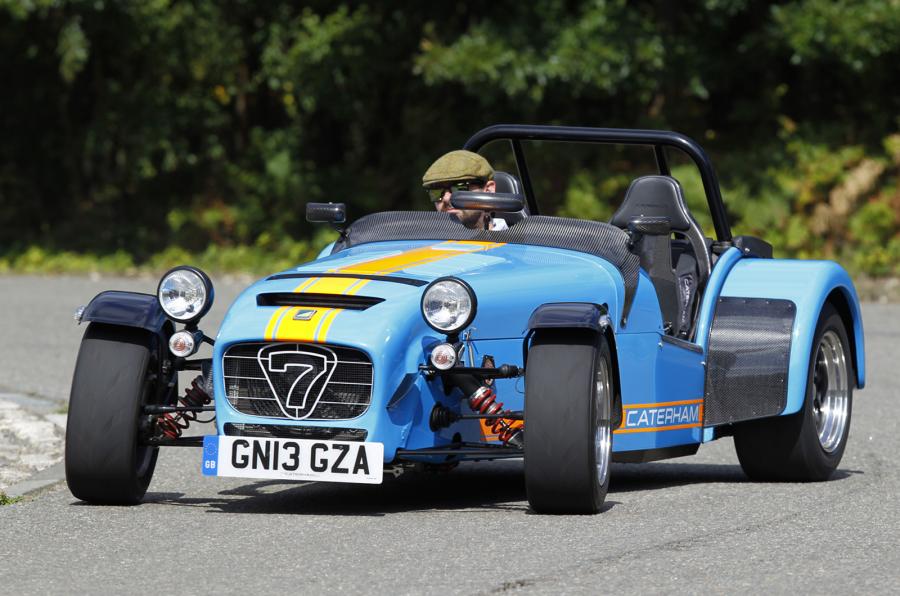 The Caterham 620R is more of a do-it-yourself minimalist project than it is an affordable luxury car, but it begs to be added to our list. For $73,000 you get a fully-wired rolling chassis that harkens back to the roadsters of the 1920s. Adding the called for 310 hp supercharged Ford 2.0L engine pushes the 620R past our benchmark price tag by fifteen grand. That seems like a lot of money to pay for a minimalist’s dream, but the Caterham 620R is so lightweight that the 2.0L offers a sub-3 second 0-60 time. One drive will justify the price!

Arguably, there should be a few more cars on this list. We tried to limit ourselves to truly premium and exciting affordable luxury cars, so it is entirely possible that we missed a few. Sound off in the comments section if you feel particularly offended about the exclusion of a certain car, we’re open to suggestion.