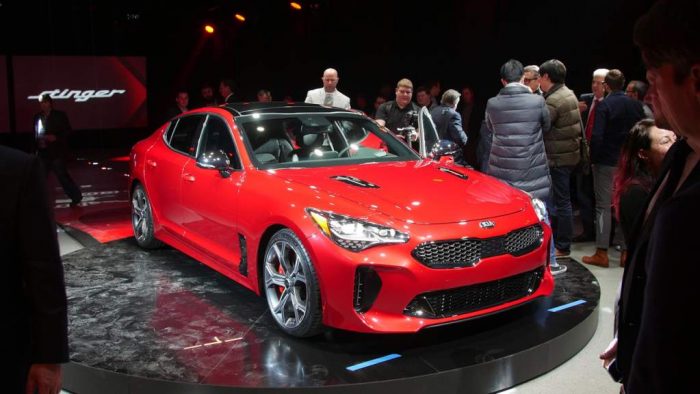 It’s a name like a missile – the Stinger, and when we laid our eyes on it, it did not feel cheezy. At all. It carries the name as no other car can. It deserves it. This is the 2018 Kia Stinger. Most performance orientated Kia car ever. We like it a lot and cannot care less about the Kia-badge stigma anymore. A badass car this is, Kia or not. Well done. 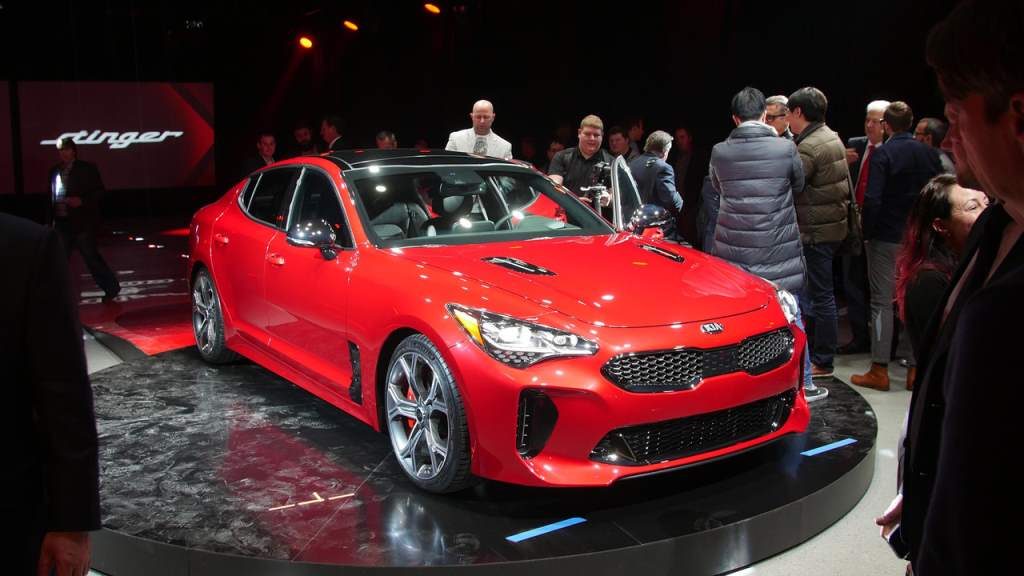 Developed on the Nurburgring, designed by a very inspired and courageous lot and graced with RWD, the latest from Kia shines at the Detroit Motor Show. Four door saloon measures big. It gets 190.2 inches in length and 73.6 inches in width. Handsome numbers which give it a somewhat unique position on the market. See, the Stinger is bigger than usual A4, 3 series cars and it almost dwells into the path of the E-class or the Lexus GS. But, it’ll be a bit cheaper compared to the premium regardless of its rwd reality. 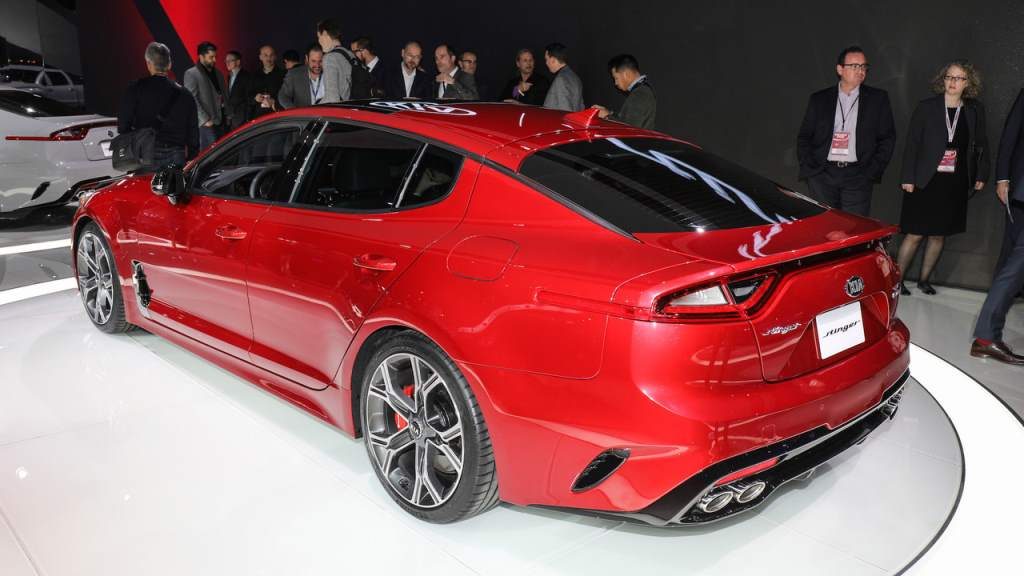 Detroit unveiling gave us two versions of the Stinger. The, err, Stinger and the Stinger GT. Former has smaller wheels (18 inch), a bit less flamboyant outside and slightly less loaded up cabin. Also, it has a smaller engine – two-liter turbocharged unit developing close to 255 hp and 260 lb-ft of torque. It all goes to the back via eight-speed automatic. Some aren’t really satisfied with the lack of a manual, but let’s get real. For 1 percent of people who’d bought a manual Stinger, the production line would need a gazillion dollar investment. And with it, maybe the whole business case about the Stinger would be in jeopardy. So, no manual. Big deal. Still, we have RWD and a Stinger GT as well. 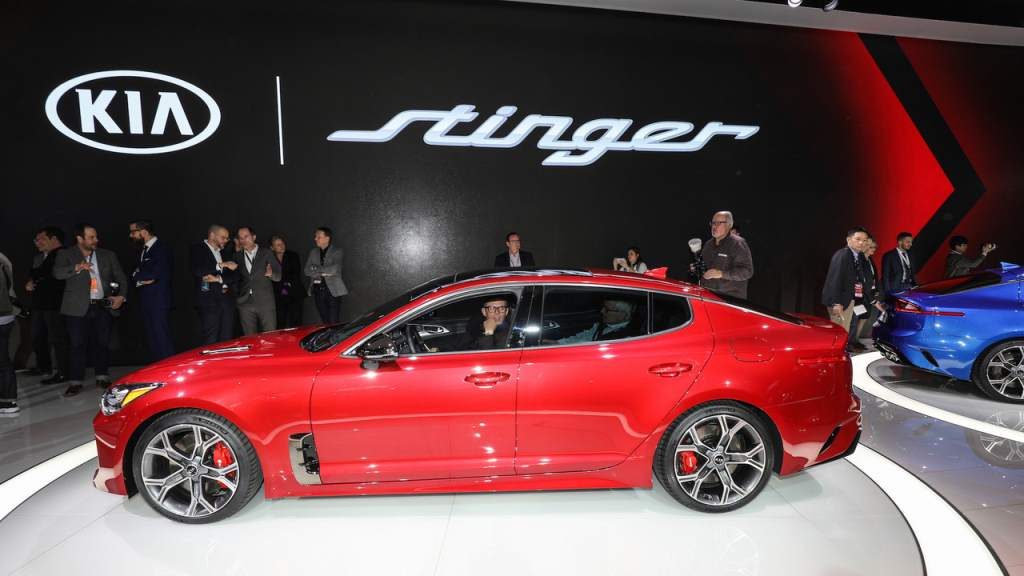 The 2018 Kia Stinger GT is the big deal here. The biggest deal. As the most performance oriented Kia of all time, the car had its suspension dialed up at the ‘ring. Available as AWD and RWD car, the Stinger and the Stinger GT come with the limited rear-slip diff (for RWD). The AWD, although heavily rear axle bias, received a newly developed Dynamic Torque Vectoring Control system. Both, the RWD and the AWD will undoubtedly have a chance to prove their doings at the Nurburgring. Until then, let us introduce you to the Stinger GT 3.3 liter V6 Biturbo engine. Top spec engine guise out 365hp and 376 lb-ft of torque! Not enough!? Well, consider AMG 43 line of cars, or Audi S line of sedans. The Stinger GT certainly falls in the category, although it’s a much bigger and roomier car.

The performance speaks only so much. 62 mph cracked in 5.1 seconds and a top speed of 167 mph offer good fun with the Stinger GT. The Stinger is not so potent tough, but it isn’t a slouch either. 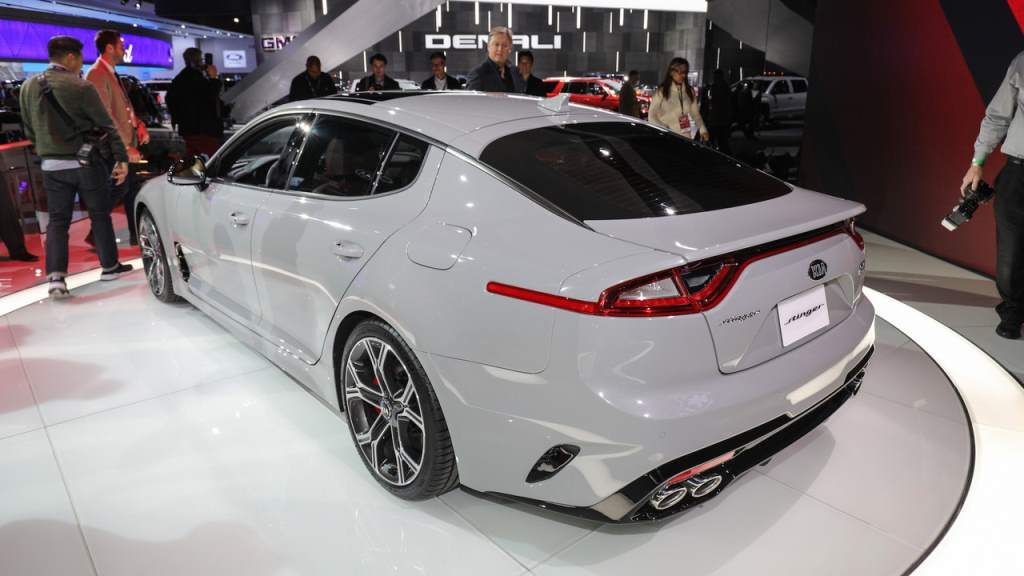 As far as grand tourers go, the Stinger GT should be a peak of all Korean efforts ever. Not only does it have the tech, but it looks the business. Sure, Panamera…ish inspired poise is only a win, especially with smart rear sad lights slightly giving a throwback to the Maserati GranTurismo. The inside is equally dramatic and refreshing. Simple design partially interrupted by round vents and advanced infotainment system display with G-force measurement and the like gives the Stinger GT a somewhat premium feel and touch. Yes, we said it – premium and Kia in the same sentence. At least on the pictures, this car looks the part. As expected, the Stinger introduces a host of new technologies for the car. First of all, it comes with electronically adjustable suspension (five modes). It also has under seat mounted subwoofers and a Driver Attention Alert system. 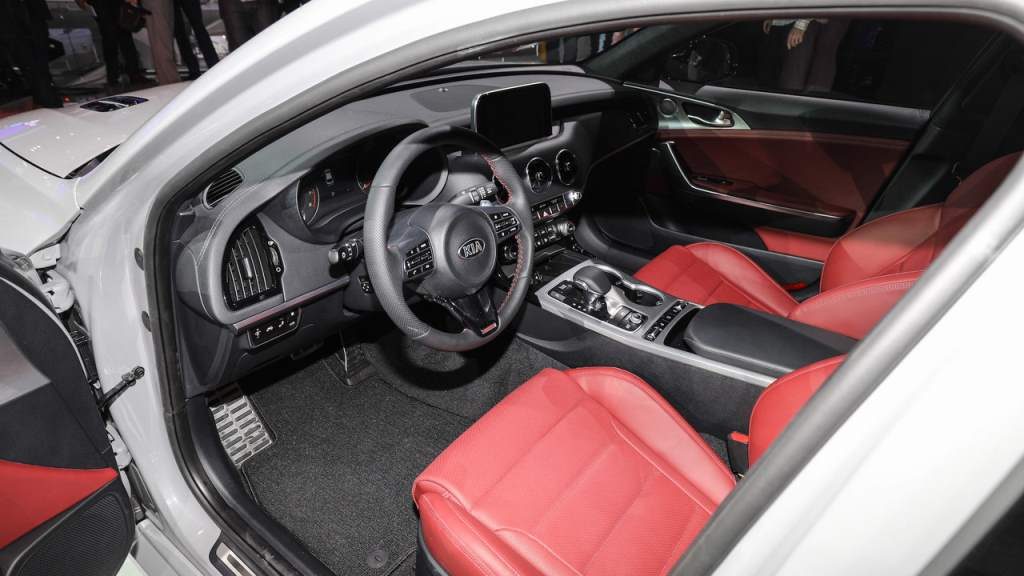 As for the sale details, we’ll have to wait a couple of months. This is a series production car – which is the most important thing – and now, we only have to wait. 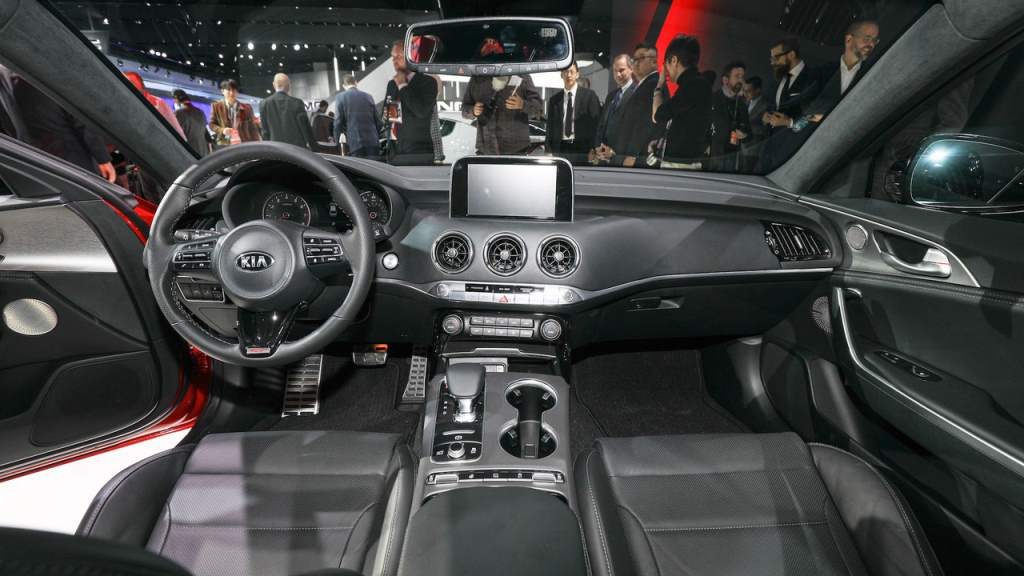