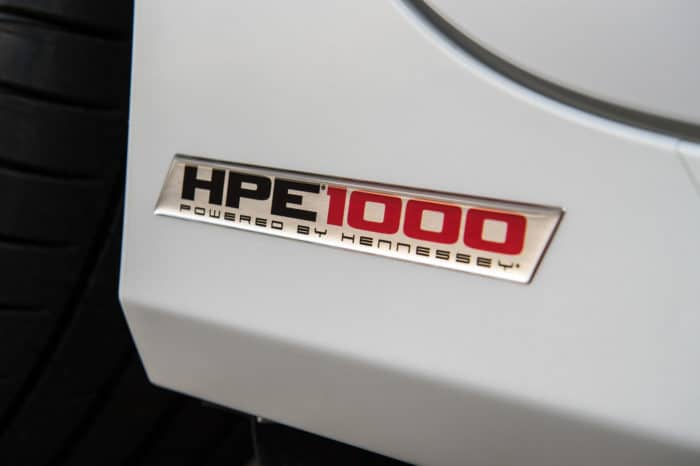 Unless you’ve been living under a rock, by now you’ve heard of Jeep’s Grand Cherokee Trackhawk. Simply put, it’s exactly what the Dodge Challenger Hellcat would be if it were an SUV instead of a muscle coupe. 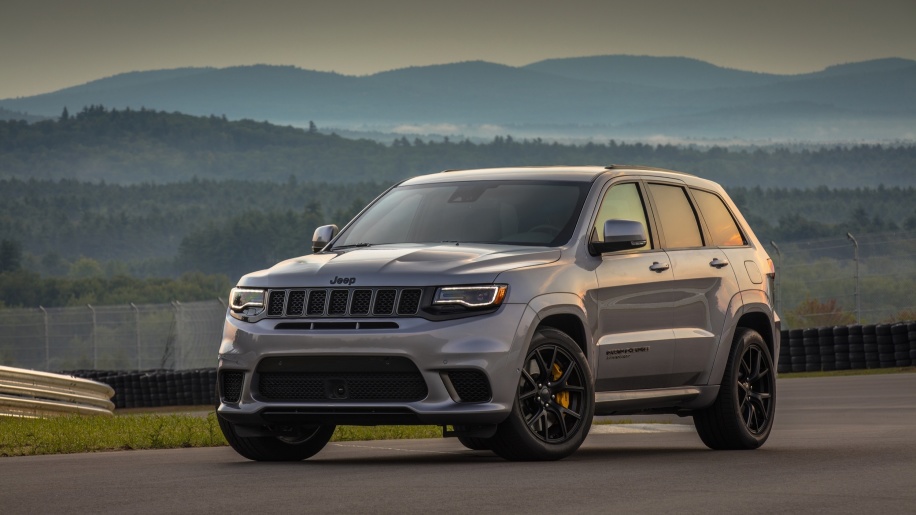 At its base level, the Jeep Grand Cherokee Trackhawk comes equipped with a 6.2L supercharged V8 capable of 707 hp and 645 lb-ft of torque. The Jeep Trackhawk 0-60 time is 3.5 seconds right out of the box and is considered to be the world’s most powerful SUV (sorry G65 AMG).

While that’s all well and good, Hennessey thought they could improve upon the existing design, and they did so in quite a few ways. For starters, the Grand Cherokee Trackhawk received a massive new 4.5L supercharger, stainless steel long tube headers, a high-flow supercharger bypass valve, and high-flow fuel injectors.

There’s also an upgrade for the factory fuel pump, a high-flow air induction system, and an HPE engine management upgrade, which is really just a fancy way of saying they tuned the car professionally.

So what does it all add up to? 0-60 in 2.7 seconds, a quarter-mile time of 10.5 seconds @ 133 mph and an engine setup good for 988 hp and an incredible 861 lb-ft of torque at the crankshaft. Let’s not forget that this is all in a vehicle that weighs over 5,300 lbs. If the factory Jeep Trackhawk is simply insane, the HPE1000 Hennessey Trackhawk is batshit crazy. And we love it.

The best part about all of this, perhaps, is that your Jeep Trackhawk will not only be the fastest SUV on the road, it’ll be a darn sight quicker than most of the sports cars out there as well. If it isn’t driving at highway speeds from a standstill in under 3 seconds, this rather special Jeep Grand Cherokee has it beat.

For the sake of highlighting this fact even more, the Jeep Trackhawk 0-60 is quicker than the Alfa Romeo Giulia Quadrifoglio, Camaro ZL1, Aston Martin V12 Vantage S, Audi R8 GT, Jaguar F-Type, and even the Ferrari Enzo; yet, the list goes on. You get the picture – pick any of the most popular sports cars on the market and Hennessey’s HPE1000 Jeep Grand Cherokee Trackhawk is probably faster than it.

Of course, if you’re dumping Hennessey money into your Jeep Grand Cherokee, chances are you’ll want people to know about it. As such, the package also comes with rear and side “HPE1000 Powered by Hennessey” badges, floor mats, a numbered dash plaque signed by John Hennessey, and a numbered engine bay plaque signed by the technician who builds the car.

Hennessey also provides up to 200 miles of road testing as well as before and after dyno tests to show you just how much better your baby is now. There’s also a one year/12,000 mile warranty on the HPE1000 Trackhawk, so if you’re going to break it, break it quick.

While we could rattle off numbers and figures all day long, it’s much more interesting to see the Hennessey Jeep in action. Below you will find a video of the HPE1000 Trackhawk doing digs on a dragstrip. As much fun as it is to watch the Jeep take off, it’s almost equally as fun just to listen to the sounds it makes as it jumps off of the line.

Below, that, you’ll find a video of Hennessey testing their HPE1000 on the dyno in a rear-wheel setup as opposed to the factory AWD.