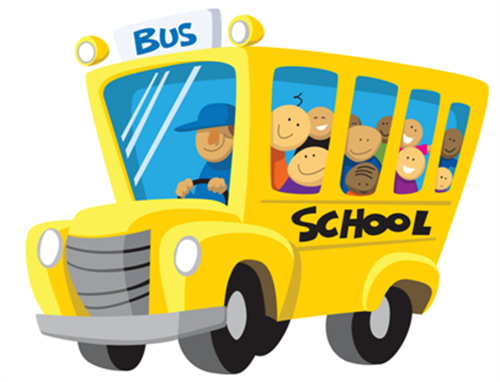 Any SUV is better than the school bus pictured below. Unfortunately, the vast majority of the SUVs currently being built are designed for five or seven passengers. What if you are traveling with extended family or it is your turn to drive the carpool and there are eight people? Take two vehicles? What a waste. That is where owning an 8 passenger SUV comes in handy.

Finding an 8 passenger SUV can be difficult. Most SUVs with three rows of seating can only fit two passengers in the third row. Others use captain’s chairs in the second row, so can only seat two in the middle section. Today, only a handful of SUVs offer the ability to seat three in the second and third rows. Most of the SUVs that are based on full-size pickup truck bodies will seat 8. In some cases, you need to specify a second-row bench over captains’ chairs. No matter what 8 passenger SUV you buy, you want it to handle well in addition to providing a great ride for everyone. Read on to find the best 8 seater SUV models that offer great handling and a comfortable ride.

Are These SUVs The Best 8 Passenger Vehicles?

An 8-passenger SUV with a proper 3rd row, real leg room and interior space, decent cargo capacity is a worthy vehicle in anyone’s garage. Add in heavy duty towing capacity and an assortment of accoutrements that most luxury SUVs have, such as smooth 6-speed automatic gearbox, tough alloy wheels, a cutting edge infotainment system, and a wide range of driving aids, and you’ve got the recipe for a perfect car. Unfortunately, a top of the range full-size SUV comes with a high price tag – so which one is the best value for money in the United States? Here are our favorite 8 seater SUV choices. 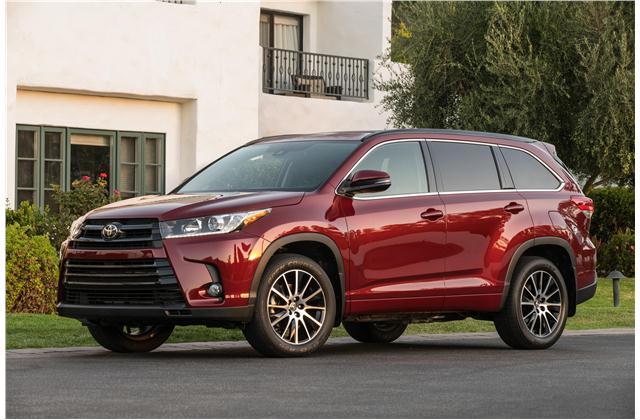 Toyota began building the Highlander for the 2001 model year. It has been one of the largest SUVs on the market since its inception. Prior to 2017, the Highlander was powered by two adequate engines paired to a six-speed gearbox. For 2017, Toyota chose to equip the Highlander with a 3.5L V6 complete with a bunch of new tech. The engine is mated to an eight-speed transmission. The net result is better engine response and fuel economy. The Toyota Highlander is classed as a midsize crossover SUV. It is one of the few mid-size SUVs that has a third-row seat capable of comfortably seating three.

As the 2017 model year is long past, you should be able to find a Toyota Highlander with the V6 priced under $35,000. Certified pre-owned models are coming up with respectable price tags too. Opting for a 2018 or newer model doesn’t add too much to the overall price, making the Highlander a very affordable 8 passenger SUV. 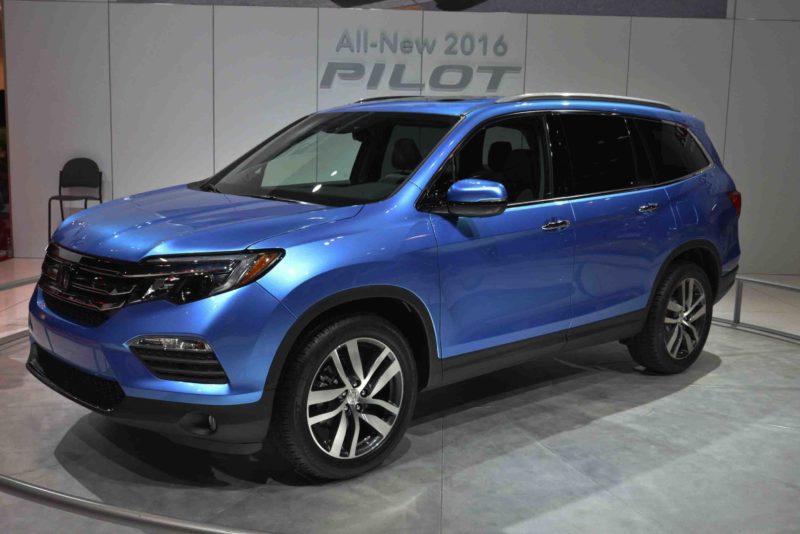 Honda is best known for its fuel efficient cars and small SUVs like the CR-V. That reputation makes it even more surprising that the Honda Pilot has always been designed to seat up to eight passengers. This 8 passenger SUV offers a relatively large amount of shoulder, head, and legroom throughout, so the third row seat is able to comfortably seat three adults. As an added bonus, the third row seat can be folded to nearly double the cargo room in a Pilot.

The Honda Pilot is surprisingly affordable. Starting at $30,595, the Pilot is pretty easy on most budgets. If you want to add active safety aids like forward collision warning and a rear entertainment system, you will need to choose the Touring trim level. Unfortunately, that will add $10,000 to the price tag. 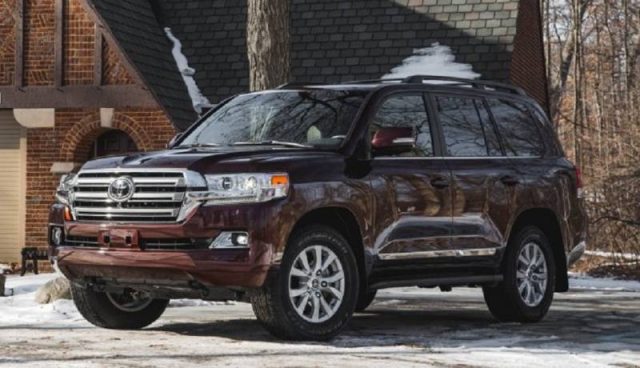 The Toyota Land Cruiser is better known for its off-road durability than for the number of passengers it can carry. This 8 passenger SUV is built more for a safari than everyday driving. The main seating sections can handle six passengers, but eight adults can ride along if you deploy the two less-than-stellar jump seats in the back.

The Toyota Land Cruiser will set you back quite a bit, too. With a starting price that barely manages to stay under $85,000, the Land Cruiser is not for the faint of wallet. Of course that price gets you a powerful V8, outstanding leather, and plenty of tech toys. No matter how you slice it, if you want an 8 passenger SUV built by Toyota, you are better off with the Highlander. 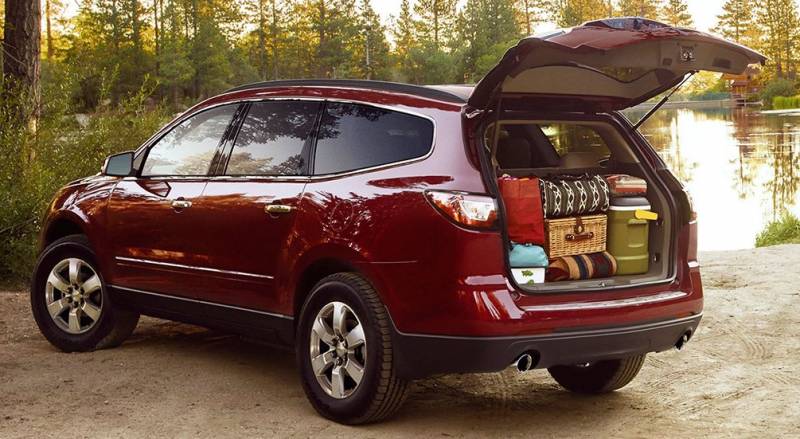 The Chevrolet Traverse is a well rounded 8 passenger SUV. It rides extremely well and handles better than some sedans. The 2018 model year will see an all-new version of the Traverse. Hopefully, Chevrolet will keep the third row seat as is. The current third row easily handles three adults with a bit of elbow room left over. A bench seat in the second row is standard across all trim lines of the Traverse, so you do not have to pay extra to have that eighth passenger.

The Chevrolet Traverse is the most affordable 8 passenger SUV on our list with a starting price under $29,000 for front-wheel drive models. You should be able to find quite a few discounts on the Traverse as the year winds down and dealers want to clear their lots to make room for the incoming redesigned model. 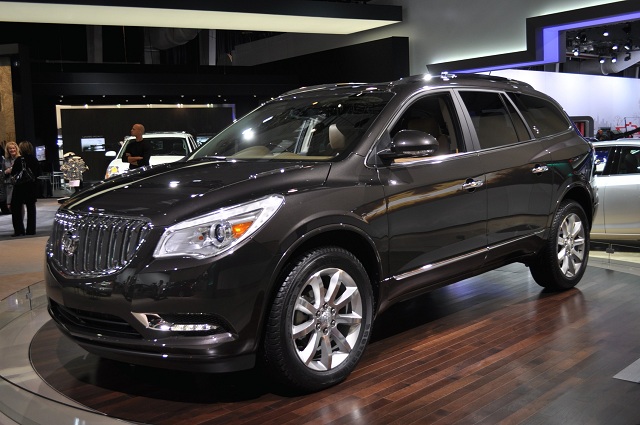 Everything that Buick builds is an upscale twin of a Chevrolet offering. The Buick Enclave is the snooty twin of the Chevrolet Traverse. Well, maybe better healed instead of snooty. Either way, the Buick Enclave is a beautiful SUV, inside and out. Leather, wood, and chrome dominate the interior, while the exterior aesthetic stands out in a crowd. As a twin model should, the Enclave offers the same strong, responsive powerplant options, smooth transmission, and forgiving ride as the Traverse. In the Enclave, the standard and available creature comforts eclipse those offered in the Traverse. 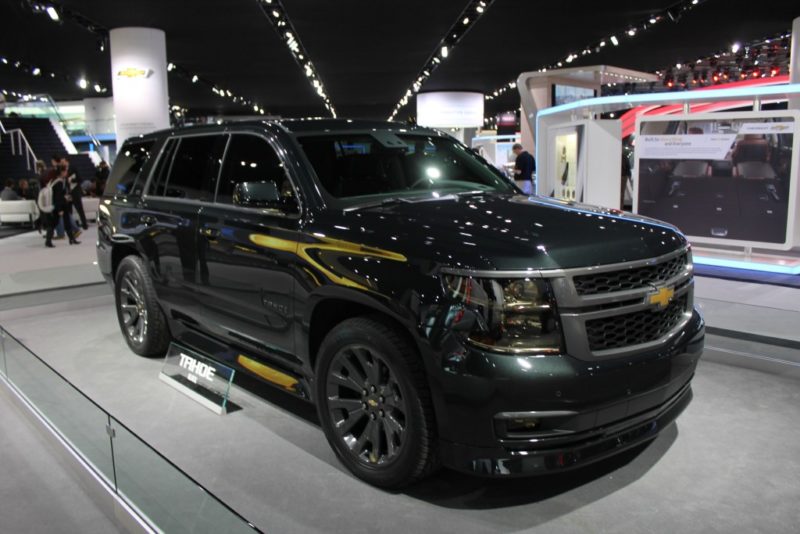 The Chevrolet is by far the most popular big, truck-based SUV on the market today. On top of the ability to carry up to eight passengers, the Tahoe is capable of towing over 8,000 pounds. Chevy has outfitted the Tahoe with a large V8, but paired it to a transmission full of tall, fuel sipping gears(fuel sipping for a large SUV).

The Tahoe offers a luxurious and tech heavy interior at a bargain price. Compared to the $85,000 price tag of the Toyota Land Cruiser, the Tahoe’s MSRP of $47,000 seems like a steal. The Tahoe does fall a tad short on cargo space, though. You can solve that with another Chevrolet product, the Suburban. The Chevrolet Suburban is the original eight-passenger SUV and is just an extended version of the Tahoe. 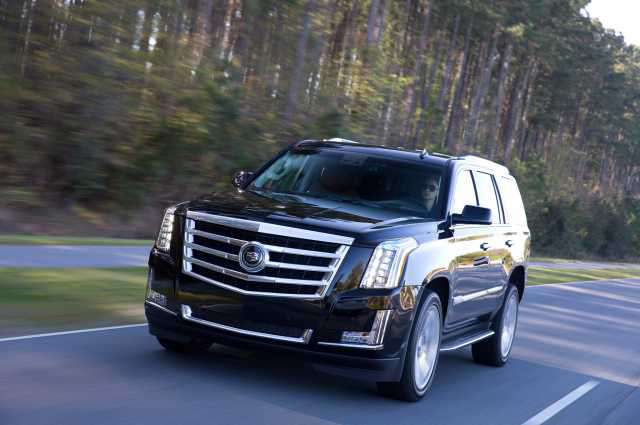 When you think of the Cadillac Escalade, you need to picture a Chevrolet Tahoe in full dress and ready for a ball. The Escalade has the deepest leather seats among the 8 passenger SUV group. On top of that, the interior is lined with distinctive wood trim and packed with a vast array of electronics. Under the hood, you will find a 420 hp powerplant that is mated to a smooth-as-butter eight-speed transmission.

The Cadillac Escalade comes standard with captain’s chairs in the second row. Choosing a bench seat to make this an 8 passenger SUV is a free option on any trim level. Thank goodness. The Escalade has a base price of around $75,000. If you add every bell and whistle to an Escalade and opt for the extra length of the ESV, you can easily spend more than $100,000.

If you’re not content with the entries on our list, you’ll be pleased to know that there are other models out there with 8 seats that have also caught our attention. Topping our list of the best of the rest is the GMC Yukon, which boasts 8 seats in standard trim, but can be configured to seat 9! Next up, we’ve got Nissan Armada, which is another worthy addition. Finally, we also suggest considering the Ford Expedition if you’re looking for something solid. Another SUV that caught our eye is the Kia Sorento. Unfortunately, it’s not an 8 passenger SUV, but it does seat 7 comfortably and is a blast to ride. But whatever you decided to buy, rest assured knowing that you’ve bought yourself a fun, practical, and versatile vehicle.


2020 Cadillac Escalade Delayed Six Months for an Awesome Rea...
Carmakers With the Highest and Lowest Maintenance Costs over...
Top Ten Longest Lasting Trucks and SUVs
8 Awesome SUVs You Will Never Be Able to Buy in the USA
The Enthusiast's Guide BMW E92 M3 Mods
Top 10 Motorcycle Coolant Products On The Market