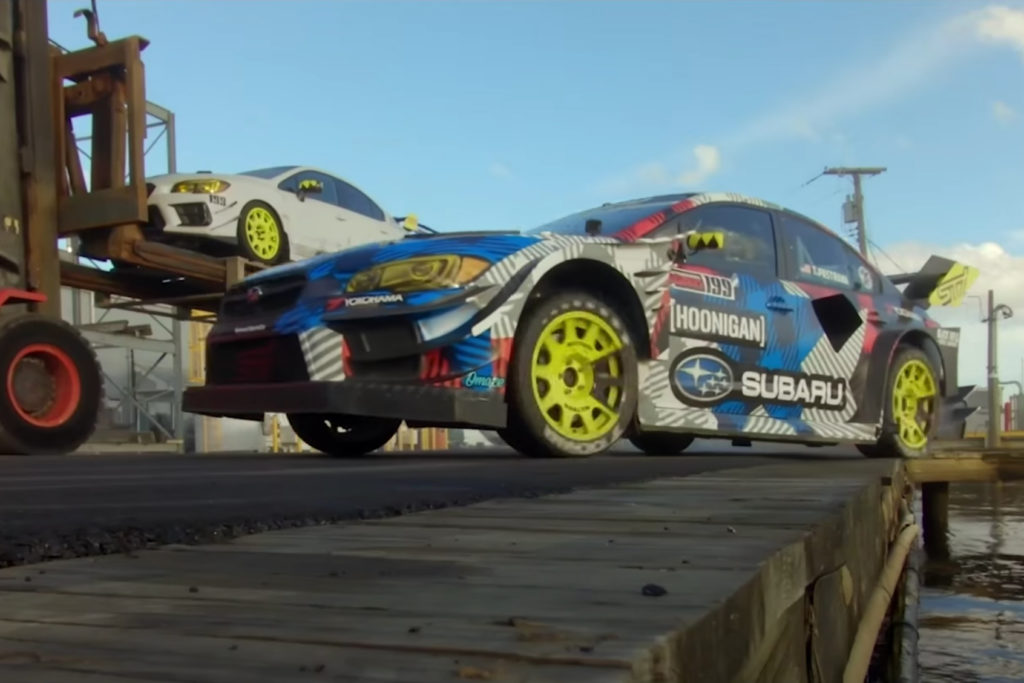 Scotto, head honcho over at Hoonigan, said there wouldn’t be a Gymkhana 11. While there is an 11th Gymkana, it’s called Gymkana Pastrana Takeover or Gymkana 2020 and features a lead driver besides Ken Block for the first time ever. The Hoonigans Gymkhana series started with a Subaru, with Gymkhana Practice in 2008, and now returns to those roots.

Travis Pastrana pilots the most insane Subaru ever created, and goes huge in typical Nitro Circus style in, over, and around his hometown of Annapolis, MD. This ‘Hometown Shred’ is not to be missed!

Built by Vermont SportsCar, which is basically Subaru’s factory works motorsports team, the Pastrana Gymkhana Subaru WRX STI is a fully unrestricted ‘the sky is the limit’ build. It didn’t have to adhere to any race classification rules and was built specifically to fly through the air, spit fire out of the hood, 4-wheel drift over a wide variety of terrain, and just generally shred. 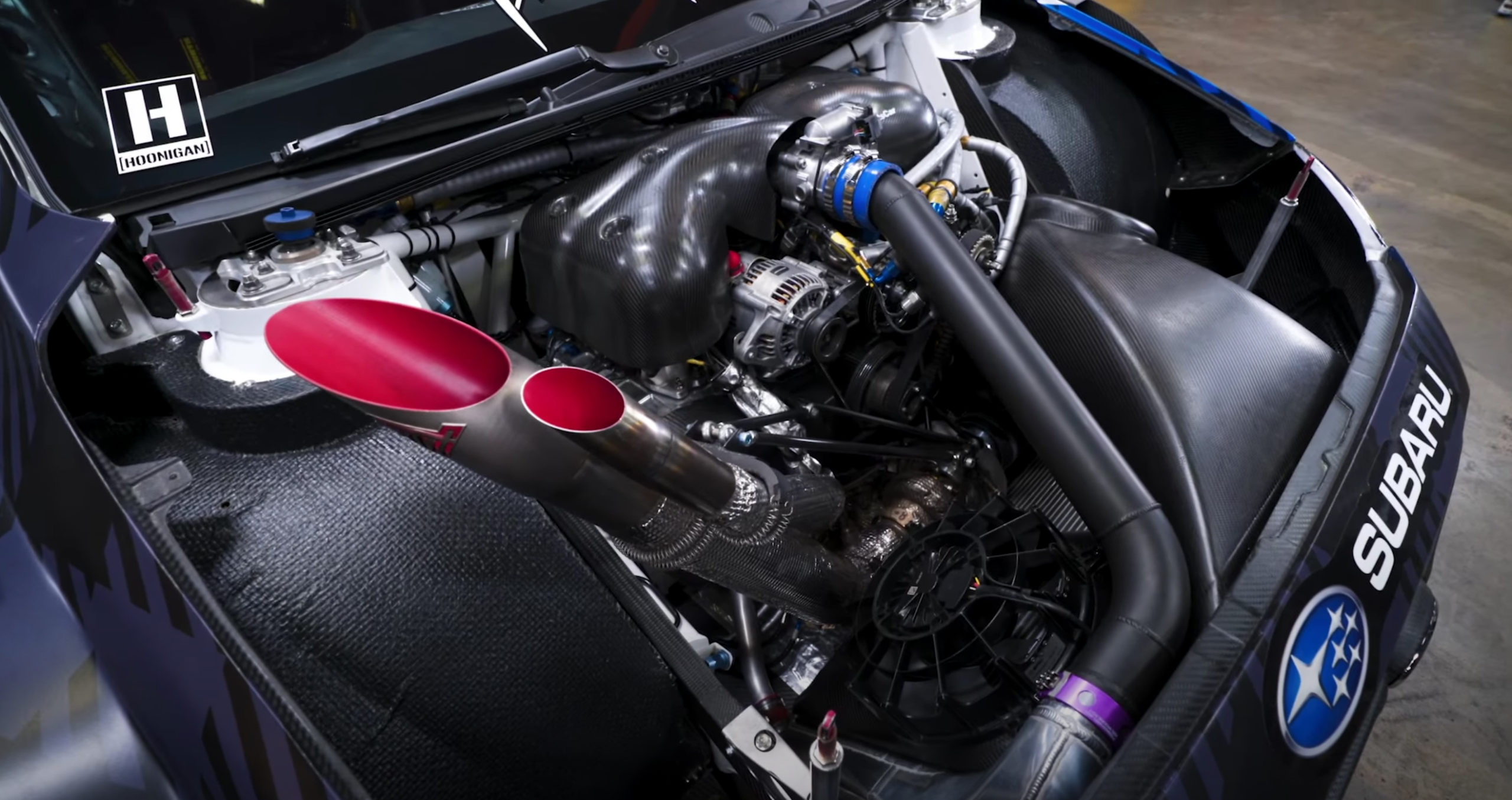 With 862 hp and 664 lb.-ft. of torque on tap from its fully built custom 2.3-liter billet turbocharged (max boost: 50 lbs) boxer motor this insane car has zero issues spinning all four tires. All the crazy carbon winglets and massive wing on the car are all designed to provide downforce and controlled flight when in the air. The rear wing even has an active element that allows Pastrana to hit the “Send It” button on the steering wheel and get the nose of the car to come back down, if needed, when in flight. This STI uses the same Sadev 6-speed sequential gearbox that the Hoonicorn uses.

This Subaru WRX STI is a few inches shorter and a lot wider than a typical STI street car. The front doors, taillights, and the carbon roof (from the limited S209) are the only ‘stock’ parts you’ll find on this insane one-of-a-kind Subaru build. All carbon fiber body, even a flat bottom.

The 18×8.5-inch Method wheels might look a little funny, but they bring in more of the Maryland flag theme and really work well to show off wheel spin and lockup in slow motion. The big wheels are wrapped in Yokohama AO52 and Apex tires for maximum grip, smoke, and control.

The Stunts: Go Big At Home 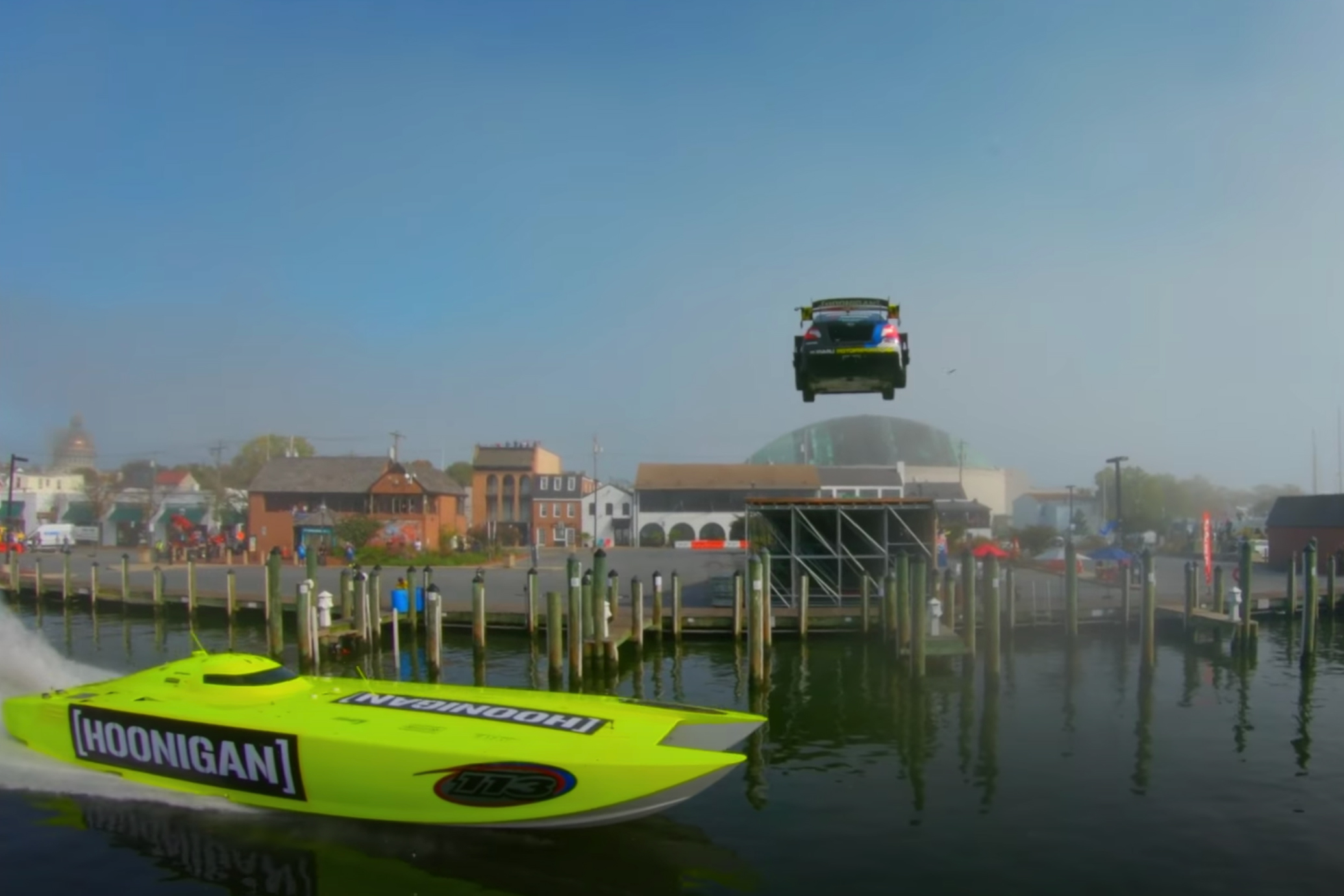 While Ken Block is a super precise driver, Travis Pastrana is known to be a bit looser and have a bigger and more is better attitude. The Gymkana Pastrana Takeover is loaded with big jumps and action, but also a ton of high-speed close proximity stunts.

Pastrana’s friends at Red Bull got in on the action as well, with Kirby Chambliss flying some stunt plane action around Pastrana’s Subaru. Not to mention Pastrana’s off-shore racing team Miss Geico, which is jumped in Ego Alley in Annapolis. The 2022 Subaru BRZ even made a smokey burnout appearance in the film. The credits of this video showcase Pastranaland, Pastrana’s family, and a few of the action sports stars we know from Nitro Circus. The youngest double back flip on a bicycle is even shown at the end of the film. 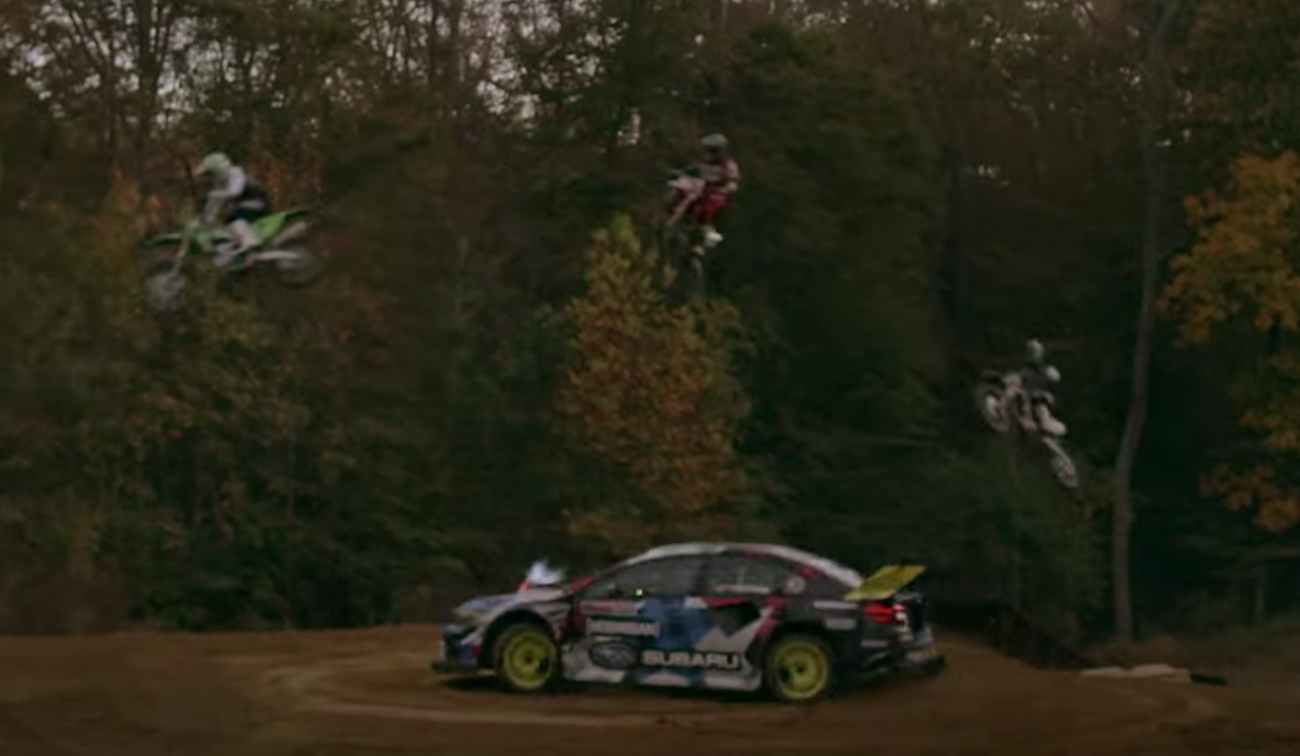 What’s Next For The Hoonigan Gymkhana Franchise?

We have already been told that Ken Block is planning a rebuttal film to this latest Gymkanna film from Travis. Will he actually build a Hoonifox or maybe use an RTR Mustang Mach-E 1400 for the next film? Will the Gymkhana franchise change into a battling drivers format? As long as Hoonigan keeps making insanely high production cinematic action car films we’re excited for it all!

It’s so hard to top what has already been done in these 11 films, so we can’t imagine what Scotto and the Hoonigan crew will think up next. What do you think is the next big Gymkanna stunt? What is your favorite film from the franchise so far?

What we do know is that we’ll get an extended cut of the Gymkana Pastrana Takeover in 2021.