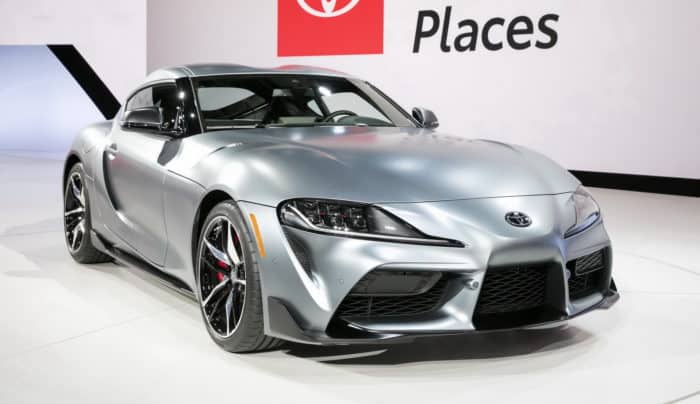 Toyota is the largest of the Japanese automakers and arguably one of the most influential car manufacturers in the world. Over the years, it has moved from strength to strength, tapping into emerging markets and posting incredibly production figures, and even more impressive sales figures.

Today, the brand is an essential part of the American automotive industry. It’s had a presence in North America for more than 60 years, and while it has a long and illustrious history, it has an even more interesting and brighter future. The company is now focusing on developing a new generation of sustainable vehicles that will help propel mankind into a greener, and more efficient era.

In the United States alone, Toyota operates 14 manufacturing plants and directly employs more than 36,000 people. In 2018, the brand sold more than 2.8 million vehicles in North America through 1,800 dealerships. 2018’s global sales figures were even more impressive, with Toyota clocking up a total of 10,594,000 units sold (including Toyota’s Daihatsu and Hino subsidiary companies).

With such strong sales in the United States, it should come as no surprise that the US market is easily Toyota’s strongest. The sales figures are big, but it actually highlights a miniscule drop in sales of 0.04% from 2017. Now, it might be small, but a drop in sales is still a drop in sales. Fortunately, 2019 was on course to looking better, and looking at what’s coming in 2020 from Toyota, sales look like they’re going to get even better thanks to some exciting new and updated models.

While the 2020 model line-up boasts some interesting cars, we’re looking even further in time to the 2021 model year. There have been some solid confirmations for new releases, hushed information leaks about others, and some of our listed models are pure speculation-only. So without further ado, here are some of the most anticipated 2021 Toyota units.

What To Expect From The 2021 Toyota Line-Up 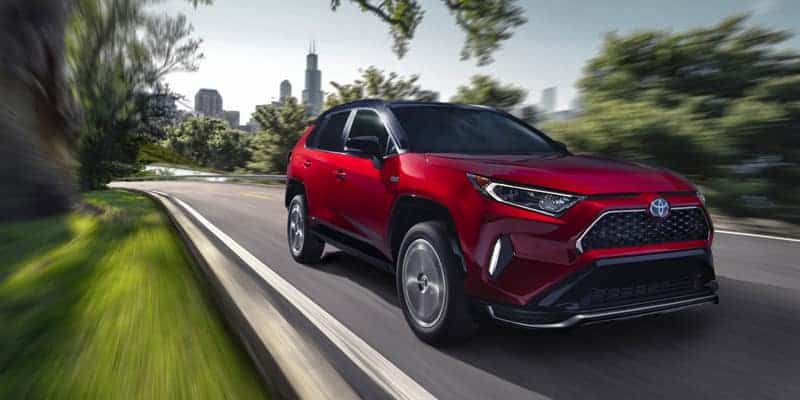 Toyota first pulled the covers off of the 2021 Toyota RAV4 Prime at the Los Angeles Auto Show in 2019, and it immediately impressed the onlookers. It’s part of a new generation of plug-in hybrid models from the Japanese manufacturer, and it boasts performance specs that you’d never expect from anything with the word “plug-in hybrid” in the description.

In short: it’s a 302 horsepower beast with a mileage equivalent of 90 miles per gallon, and it can do 0-60 mph in a hair-raising 5.8 seconds. Toyota fans might notice that the new RAV4 Prime will be the second quickest car in the Toyota stable, trailing behind the Supra.

The secret to the 2021 Toyota RAV4 Prime’s success is the new powertrain. Underneath the handsome exterior, you’ll find the usual RAV4 Hybrid arrangement. There’s a 2.5 liter Atkinson inline-four engine that produces a respectable 176 horsepower. Thankfully, there’s more going on than just that. Two electric motors and a lithium-ion battery work together with the internal-combustion lump to produce a handsome 302 horses, which is delivered through an advanced All Wheel Drive system that delivers extra power to the rear when necessary. 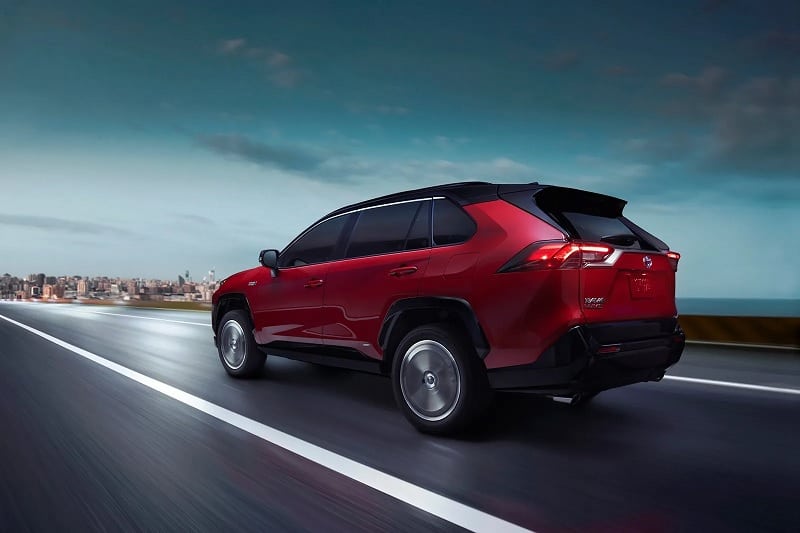 The RAV4 Prime isn’t just about adding electric motors for the sake of efficiency—it’s the crossover’s top shelf model, with all the performance you’d want. It handles amazingly with the AWD, and it can even handle some light off-roading thanks to the addition of a “trail” mode. It just happens to be pretty good with mileage too.

This 2021 Toyota model will be available in two forms: the SE trim, or XSE trim. The SE will arrive with 18-inch rims, black features, heated front seats, a touchscreen display, and Apple and Android compatibility. The SE model will also feature a power seat, an updated digital instrument cluster, and a power lift-gate.

This 2021 Toyota is actually expected to arrive in mid-2020, but still badged up as a 2021 model. No doubt the RAV4 Prime will be released to do battle with the upcoming Ford Escape hybrid, but we will have to wait and see. There’s no official word on the price yet, but expect models to start from $36,500. 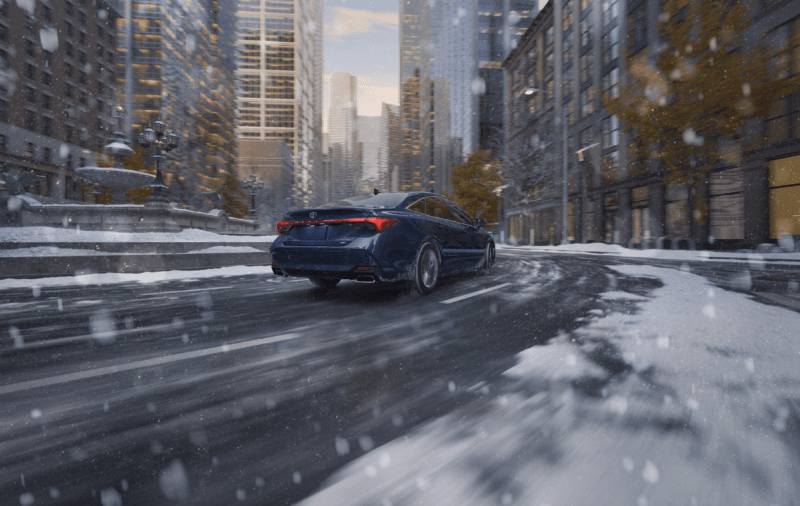 The next big one to look forward to from 2021 Toyota would have to be the upcoming Avalon AWD. But it’s no All-Trac. The North-American only model Avalon AWD is going to be manufactured exclusively at the Toyota Motor Manufacturing Kentucky plant, making this exciting vehicle a real American.

The new sedan is slated to come equipped with Toyota’s efficient 2.5 liter DOHC inline-four engine that you’d find on the 2020 Camry, but teamed up with an 8-speed Direct-Shift automatic gearbox. Unlike the base model Camry though, the new Avalon AWD will produce 205 horsepower thanks to the new dual exhaust system.

It might seem underpowered compared to before, but the AWD model Avalon isn’t just for muscular city prowling. Instead, the new AWD will actually be able to handle adverse weather conditions and less-than-favorable terrains. For example, drivers who need four-wheel traction can now invest in a practical and economical full-size sedan rather than resort to an SUV or crossover. The four-cylinder engine might be a bit off-putting for some drivers. Especially those who prefer a V6. 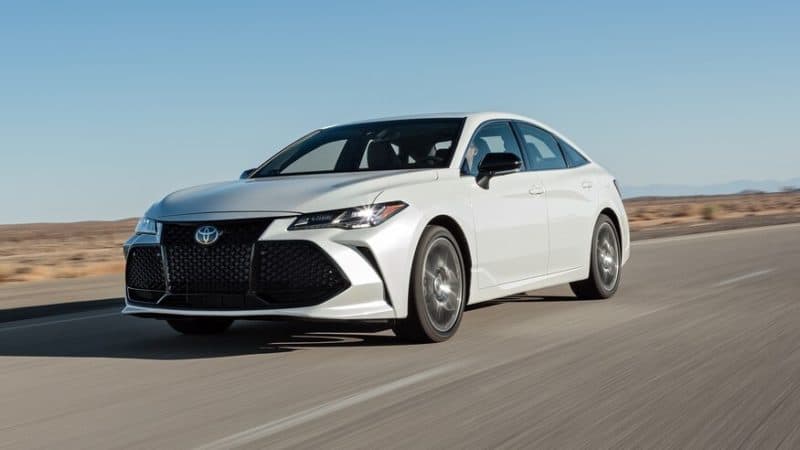 It’s a small price to pay for AWD though. Especially such an advanced AWD package. In fact, Toyota has already explained that the 2021 Avalon’s AWD system can route an impressive 50% of engine torque to the rear wheels when necessary, but it also decouples itself from the rear for times when all-wheel drive isn’t required, which drastically improves fuel economy.

The all-new Avalon will be available in two flavors: XLE, and Limited. However, we currently have no firm delivery date for the model. It’s rumored to hit dealerships in fall of 2020, badged as a 2021 model. And as for the price, well, we will just have to wait and see. No doubt it will be similarly priced to the premium spec Camry, with prices starting from around $33,000 depending on trim.

Still, no matter the price, it should be a serious match for the likes of other mid-sized sedan contenders, like the Buick Regal Sportback, Nissan Altima, and Volkswagen Arteon. 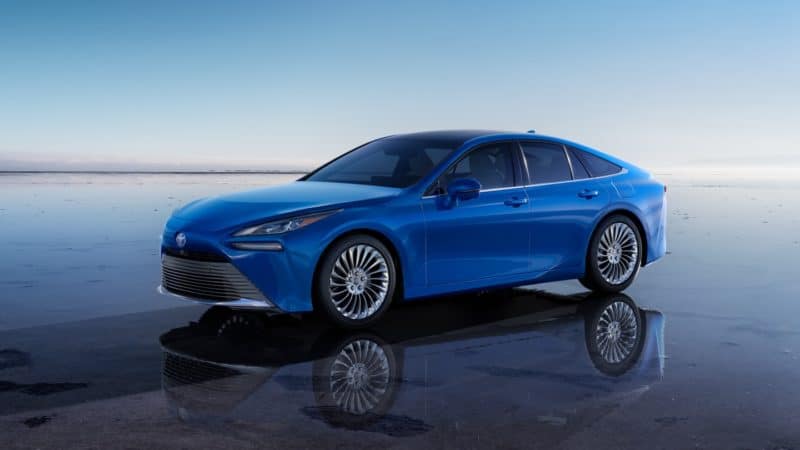 The Toyota Mirai is a wildcard. Or rather, a curveball. Well, we’re not really sure what it is, but if the production version of the next-generation Mirai is anything like the concept, then it’s certainly going to be a very interesting car that people will be talking about for years to come. Toyota have a knack for doing things like this.

Back in 1997 we had the Prius hybrid from Toyota. In 2015, the company then unveiled the first production Hydrogen Fuel Cell Electric Vehicle (FCEV, to its friends) for the American market. And while it offered an interesting glimpse into the future, it was expensive, impractical, and just too weird to even be taken into consideration by most drivers. It wasn’t a sales success, but that was to be expected. 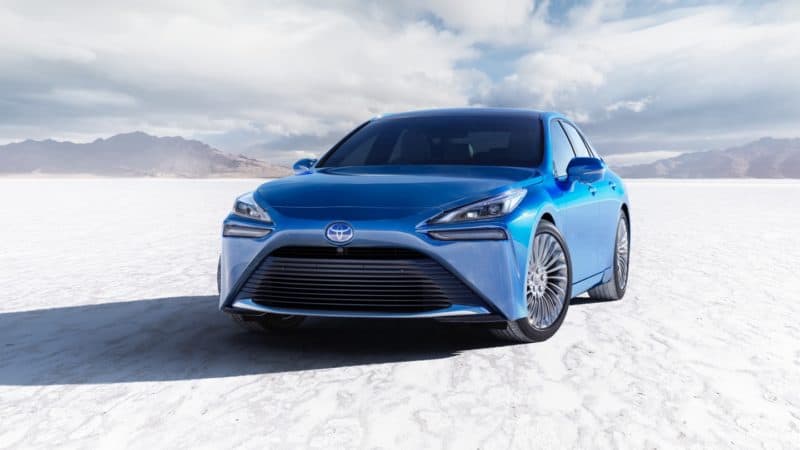 So, when Toyota announced a next-gen model, everyone was a bit shocked. The new Mirai (which means “future” in Japanese) is more than just a design exercise. It has been remodelled into a practical but premium sedan with a cutting-edge powertrain, and luxurious performance specifications.

First of all, it’s now a rear-wheel drive machine. Now, that certainly makes it more fun to drive, but it’s actually a decision driven by practicality. The added space allowed more room for hydrogen fuel tanks, which helps combat the fact that hydrogen fuelling stations are few and far between. More tanks means more range, and if Toyota can be believed, the Mirai will have an operational range of 390 miles. That makes it quite the practical ride, with a sporty nature, wrapped in a sexy package. 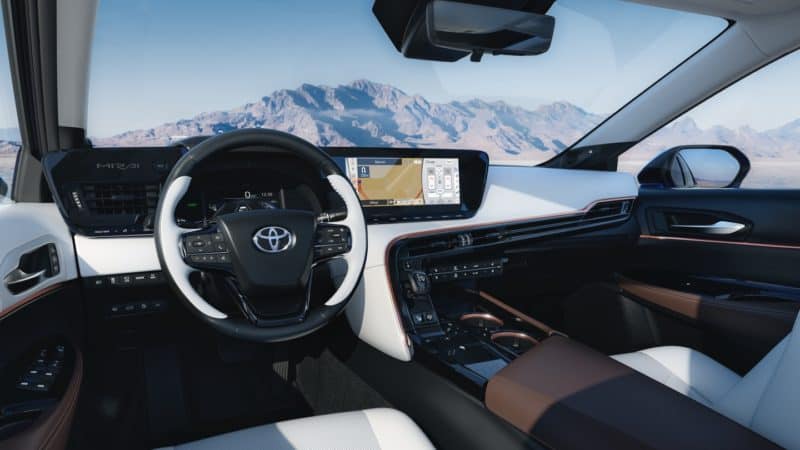 If the concept is to be believed, the 2021 Toyota Mirai could be a real sports-focused hydrogen car, and what’s more, it may reveal an insightful glimpse into Toyota’s future. We will have to wait and see. The Mirai is expected to break cover in late 2020, but it may drag on into 2021. And what will it cost? Around $70,000 seems like a good ballpark figure for what it is. 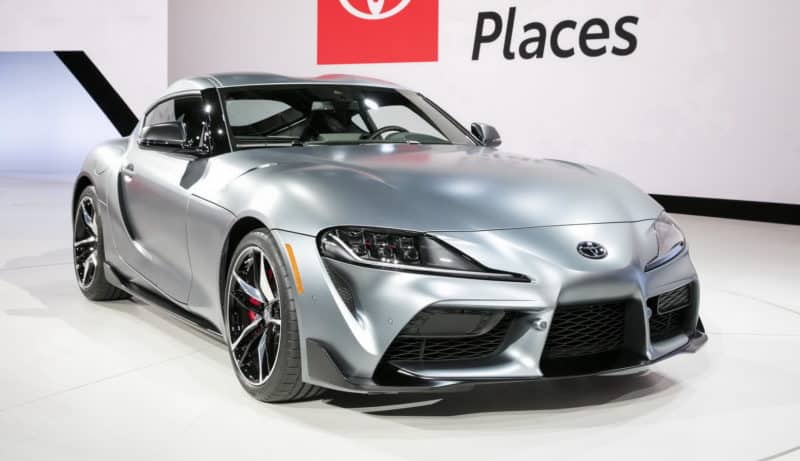 Talking of exciting and sporty rear-wheel-drive vehicles, there’s talk of an all-new Toyota 86 (also known as the Subaru BRZ) arriving in 2021. This rumor happens every year and anyone who knows anything about cars is excited about the prospect of a second generation Toyota 86. Unlike other years though, this one seems to be true! Toyota confirmed it with an announcement of their continuing partnership with Subaru.

While Toyota confirmed that a new Toyota 86 is likely to arrive in 2020, they didn’t give any clues away about what the new 86 would be like. However, we can make some educated guesses. Rumors have been circulating about a certain turbocharged 2.4 liter flat-four from Subaru—the same unit more commonly found in the Legacy, Outback, and Ascent models. That engine produces 260 horses and 277 lb-ft of torque when powering the Ascent, making for an admirable improvement over the outgoing Toyota 86’s 205 horses and 156 lb-ft of torque from the 2.0 liter four-cylinder. 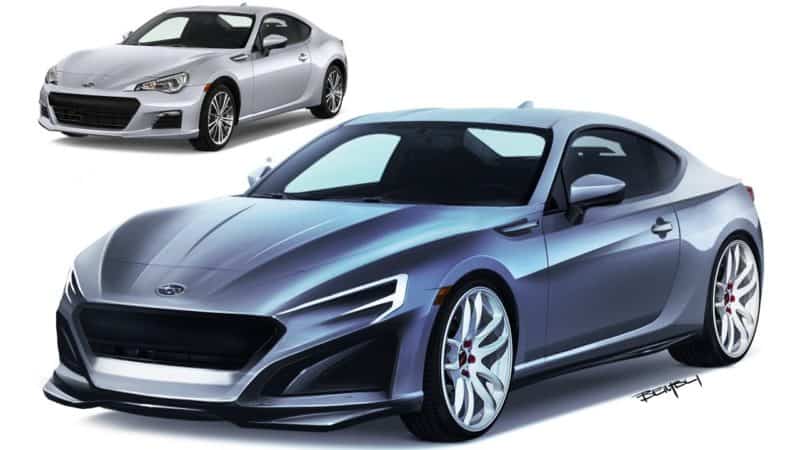 That is all speculation though. In fact, saying it will be a manual, rear-wheel-drive car is also only speculation, but it would be very odd if Toyota bucked the trend there. There are two logical choices in that department: either Toyota will upgrade the existing drivetrain and architecture, or they’ll transfer the whole platform to the new Toyota New Global Architecture design…which is also rear-wheel drive.

Not much else has been said about it, but Toyota’s chief engineer mentioned that the new 86 is “better than the Supra,” which is exciting news indeed. At the moment, there’s no word on the price or delivery date, but late 2020 seems likely, and a price tag of around $30,000 seems fair. 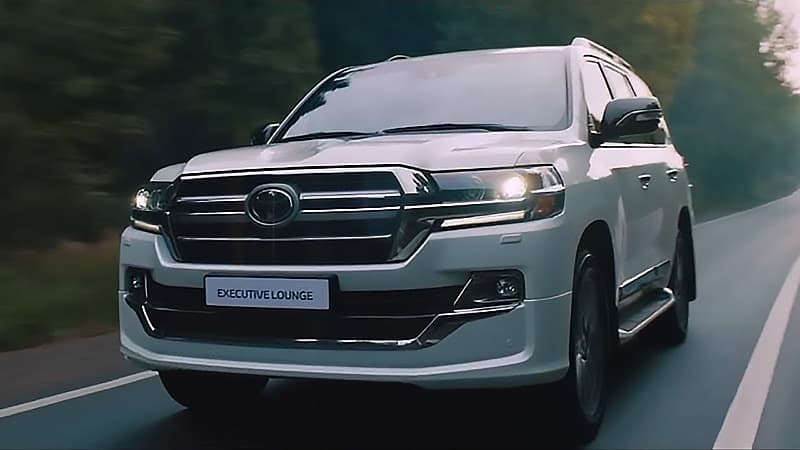 What seems to be fuelling the Land Cruiser rumor mill is Toyota’s application for a trademark for a model called the LX570—a Lexus model. The theory is that either the Land Cruiser gets an update along with the launch of a new Lexus model built with the same architecture, or we simply get a new Lexus. Either way, something is happening. 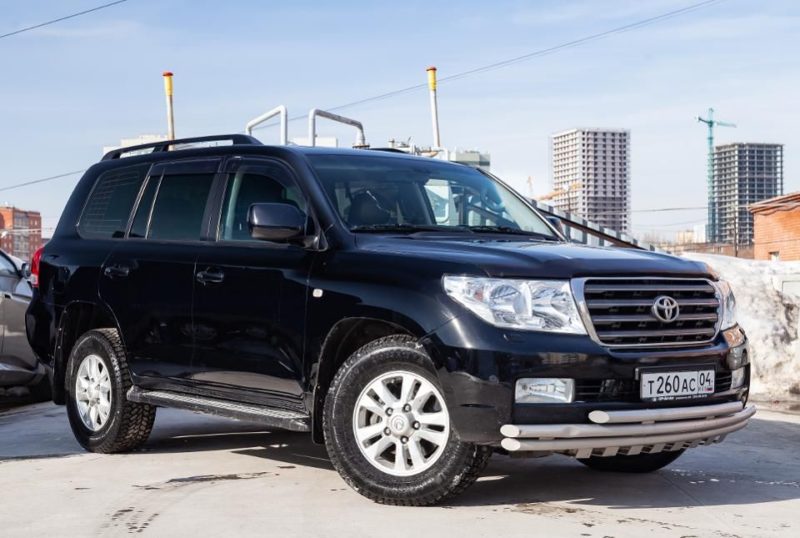 That’s all we know from 2021 Toyota for now, but no doubt we will have more news as time moves forward. There will definitely be more to add to this list, and probably a fair bit that we can strike a line through. Some rumors are sadly just too good to be true.