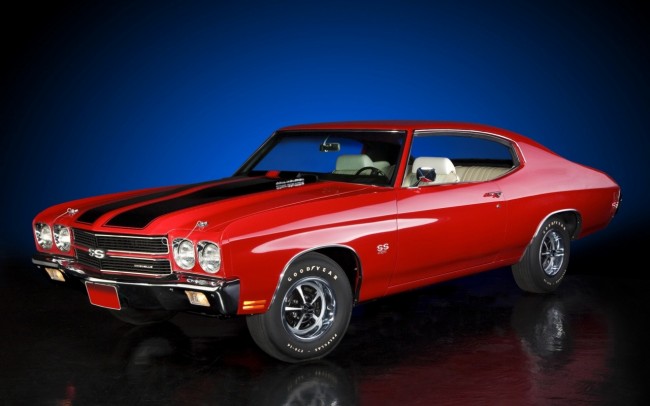 The 10 most expensive Muscle Cars is a pretty exclusive club as entry starts at about $1 million. Let’s see how high the prices go on these rare classics.

This list is all about muscle cars. While there’s not really a clear criteria for a car to be considered real American muscle cars, we’re going to go ahead and set our own rules. (Why? Because we can).

Second, the body is steel and there are are only two doors (not counting a hatchback as a door). There is room for four adults, or the car was designed to carry four adults and the particular model deleted the rear seat (like the AMX). Four door cars with high performance engines and modifications deserve their own category, it’s just that no one has come up with one yet.

Third, a Muscle Car is powered by an OHV V8  engine with a higher output than the same engine in its base model configuration.

Fourth, the car was originally intended for street use and carries full road equipment. Special versions made for racers that deleted road equipment or replaced parts like a race-spec exhaust system, for example, are race cars, not Muscle Cars. This also rules out prototypes, such as the Shelby Green Hornet prototype.

So let’s take a look at the world’s most expensive American muscle cars ever sold! Amazingly, there are no old Dodge Charger models listed, and a Chevrolet Corvette L88 doesn’t even make it on to the list either – but what else does? 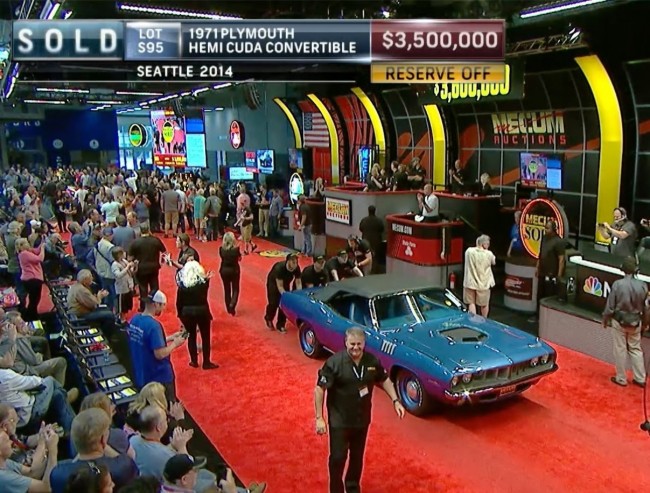 Sold just this past spring at the Mecum auction in Kissimmee, FL is a 1969 Dodge Hemi 4-speed Daytona, which has been driven only 6,435 miles. It is the lowest-mileage example known to exist with its original 426/425 hp Hemi engine still intact. Of the 503 Daytonas built, only 70 were Hemi-powered, and only 20 combined that powerful engine with a 4-speed manual transmission, making this example a very special Mopar indeed. 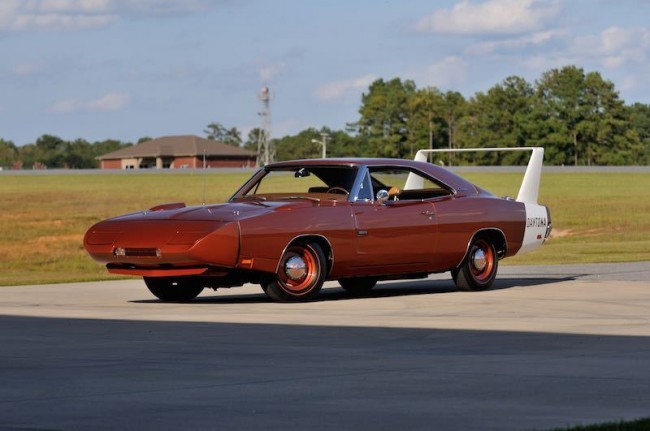 There are two Shelby GT350 R models sharing this listing as they sold for within 0.05% of each other the other sold for $990K). The 1965 Shelby GT350 R was a race car straight from the Shelby factory. It literally could be picked yup at the delivering Ford dealer and driven directly to raced track and compete (and very often win). The Shelby GT350 R was a three-time consecutive B Production SCCA National Champion (A Production was for big block Shelby Cobra roadster models and Chevrolet Corvette units). 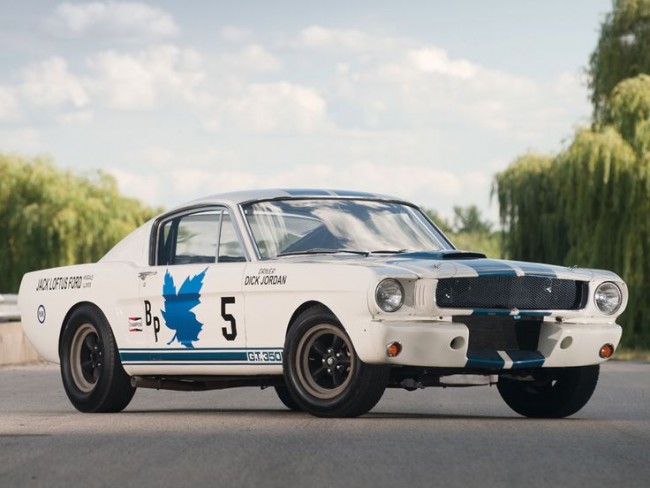 A company named Cinema Vehicle Services built about a dozen  “Eleanor” cars built for the 2000 film Gone In 60 Seconds (some just stunt shells) , but this particular car is the “Hero car” which is the one the star drives, close-ups are taken in, etc.  It’s not actually a GT500 but a heavily modified ’67 fastback with a 351/400hp crate motor, coilover suspension, power rack and pinion, and heavily revised bodywork designed by noted illustrator Steve Stanford. Apparently the auctioneers at Mecum were a little shocked was the bidding continued to rise, as it sold for way over the estimate at the 2013 Indianapolis auction. While $1 million may seem excessive for whjat’s essentially a well-executed restro-mod conversion, it’s the cache for movie stardom that provided this car with its value. 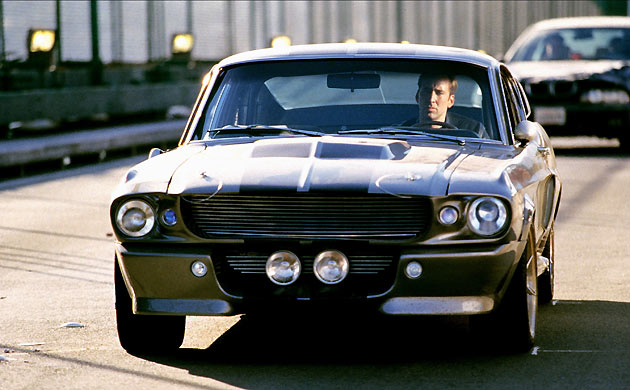 The ZL1 engine, often referred to as the Can-Am engine was an aluminum casting of the L88 block and cylinder heads. Unlike the McLaren Can-Am team’s engines, which received their experimental linerless blocks directly from Alcoa, the ZL-1 used iron cylinder liners. A total of only 69 Chevrolet Camaros were fitted with the ZL1 engine, at a cost that doubled the price of the car. It is also one of 12 that were fitted with the close ratio Muncie M22 transmission. After 1969, the ZL1 engine was no longer produced, making these Camaros the most highly sought after of any of the car’s production years. The only red/red Chevrolet Camaro ZL-1 produced was sold at the Dallas 2013 Mecum auction for a cool $1 million. 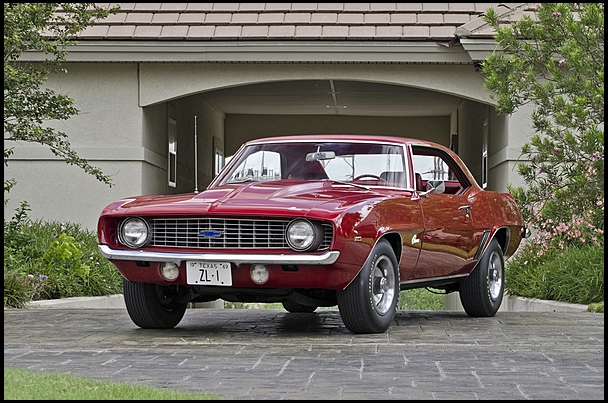 The Chevrolet Chevelle is one of the most sought after muscle cars by collectors, and the most sought after Chevelle is one of the 20 ever made with a 450 hp LS6 454 CID Chevy engine. The LS6 big block engine featured a forged steel crank riding in 4-bolt mains, forged steel connecting rods and aluminum pistons, a high lift, high duration solid lifter cam, a Holley 4-barrel carburetor on an aluminum dual plane intake manifold and massive intake and exhaust valves in high flow heads. This example sold at a 2013 Mecum auction after a professional restored by Car Connection and verification of its chassis and engine numbers  by the National Chevelle Owners’ Association. Even the build sheet came with the car.

The 1967 Shelby GT500e Super Snake was a project undertaken for Goodyear for Shelby himself to demonstrate the capabilities of a new tire at Goodyear’s massive 5 mile oval test track in Texas. The idea was also floated of building additional examples of the Super Snake but it didn’t really make economic sense. While there were many detail changes between the Super Snake the the standard GT500, the most significant was the removal of the production-based 428 for a race-prepped 427. At a purchase price of $1,300,000, this is the most expensive Mustang ever sold. Carroll Shelby himself personally owned one of these! 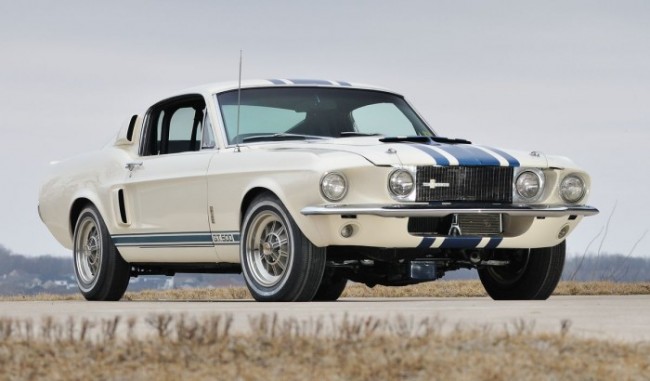 The popularity of convertibles was at an all time low in the late 1960s and early 1970s. As a result, only 14 Hemi ‘Cuda convertibles were produced in 1970. Of those, only nine were manufactured with a Hemi-specific 727 three speed automatic transmission. This particular ‘Cuda has all matching numbers and its white paint over a red interior is consistent with its VIN number. In over forty years since it rolled off the assembly line, it had racked up only 19,000 miles through its Hemi V8 engine. This ‘Cuda  sold for $2 million at a 2011 Russo and Steele auction block, making it one of the most expensive cars to go under the hammer in muscle car history! 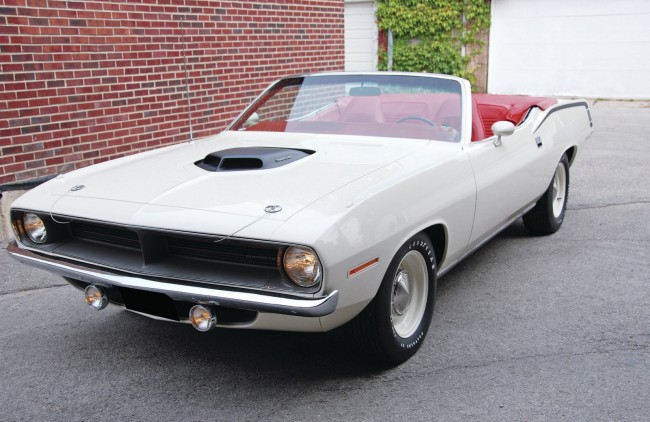 If you thought that  1971 Hemi Cuda convertibles are rare at 14, only 11 were made in 1971. This one sold for $2,200,000 in 2007 at a Barrett Jackson auto auction despite that fact that it did not have its original matching number engine. It did, however, have the correct 1971 version of the Chrysler 426 Hemi installed. No doubt this is the highest price paid for a non-matching numbers Muscle Car. 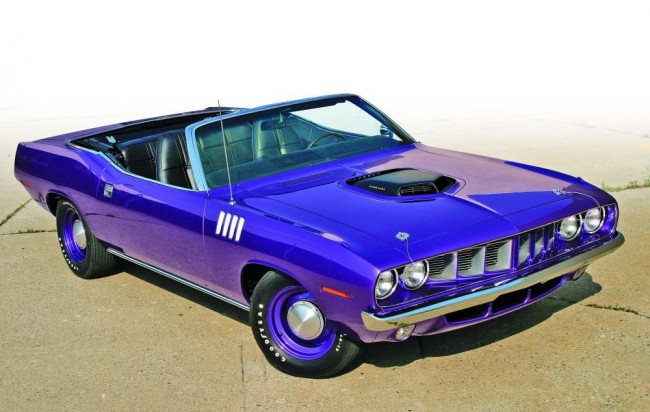 Built as the personal car of John Herlitz, the Chrysler designer who  penned the exterior of the ’70-’71 Barracudas at just 27 years of age, the 425-hp Hemi ‘Cuda convertible is one of 19 such models built in 1970. While its not quite as rare as the 1971 Hemi ‘Cuda convertible that Mecum sold last year for $3.5 million, the ownership by Herlitz helps drive the price up to the second most expensive Muscle Car ever sold at auction. 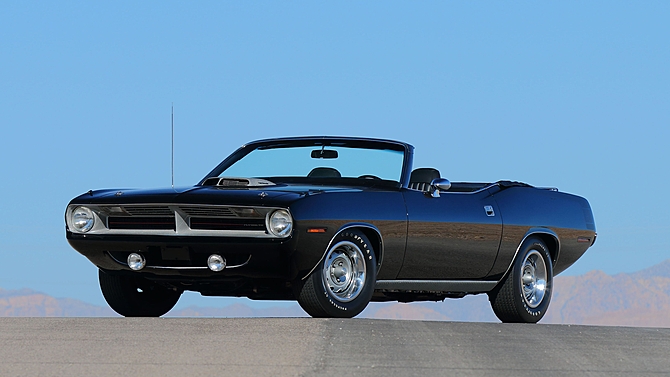 This particular 1971 Hemi Cuda convertible has earned the nickname as “The Holy Grail of Muscle Cars”. It is one of the 11 original Hemi Cuda convertibles from 1971 – the year of the fewest Hemi convertibles produced. It is also one of the two Hemi Cudas that were fitted with a four-speed transmission and Hurst shifter in the factory. It is the only original four-speed Hemi ‘Cuda, the other Hurst car runs but no longer carries its original engine or transmission. This four-speed manual ’71 ‘Cuda was purchased for $3.5 million at a 2014 Mecum auto auction. It is the highest price ever paid for any Muscle Car and the highest price ever paid for any Chrysler passenger vehicle. That’s a lot of money, making it one of the most expensive cars in the world. 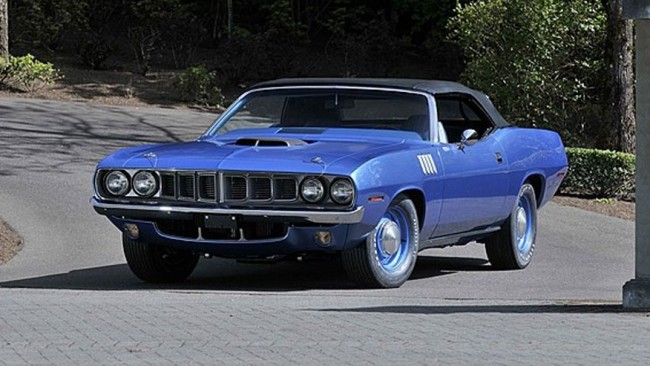 
Car Overheating? What To Do When Your Engine Temp Spikes
10 of the Best 70s Muscle Cars
The 11 Best 2 Seater Cars to Drive Off The Dealer Lot Today
8 of the Best 2021 Luxury Cars
AVA Stingray: Reimagined Iconic Stingray Corvette With Elect...
10 Expensive SUVs Worth Their Price Tag (And 5 That Aren’t)