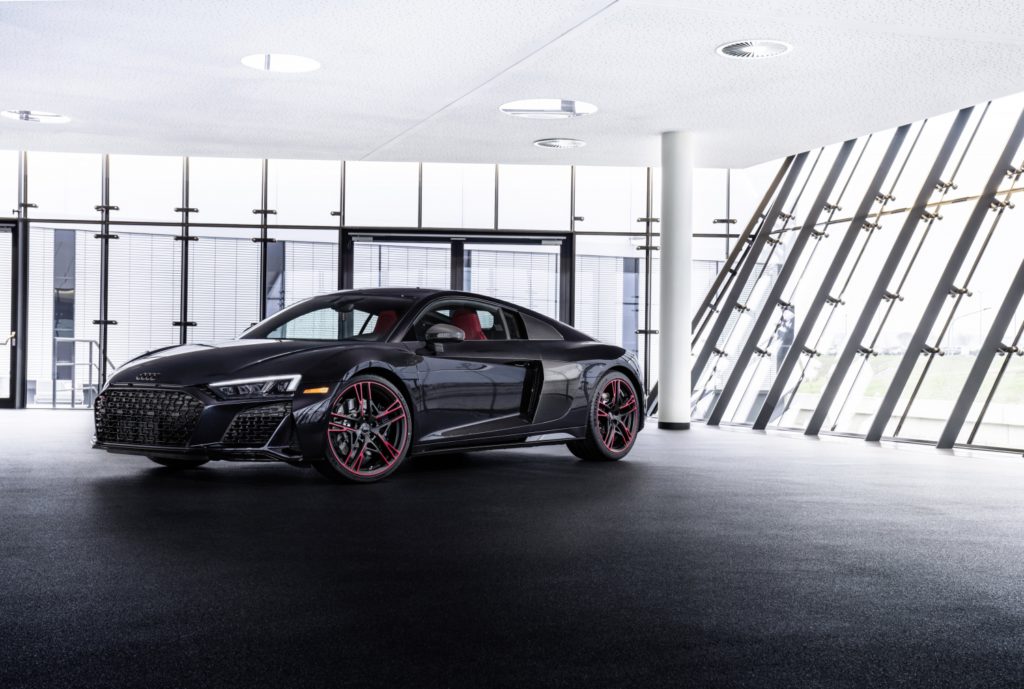 It was only a few months ago that Audi first revealed the updated rear-wheel-drive variant of the Audi R8 supercar. The company confirmed that it would be coming to the U.S. but stopped short of what we could expect when the car would eventually make its way here. But at last, Audi has caved and has revealed that buyers will be in for a pleasant surprise with the first 30 units being dubbed the 2021 Audi R8 Panther Edition. 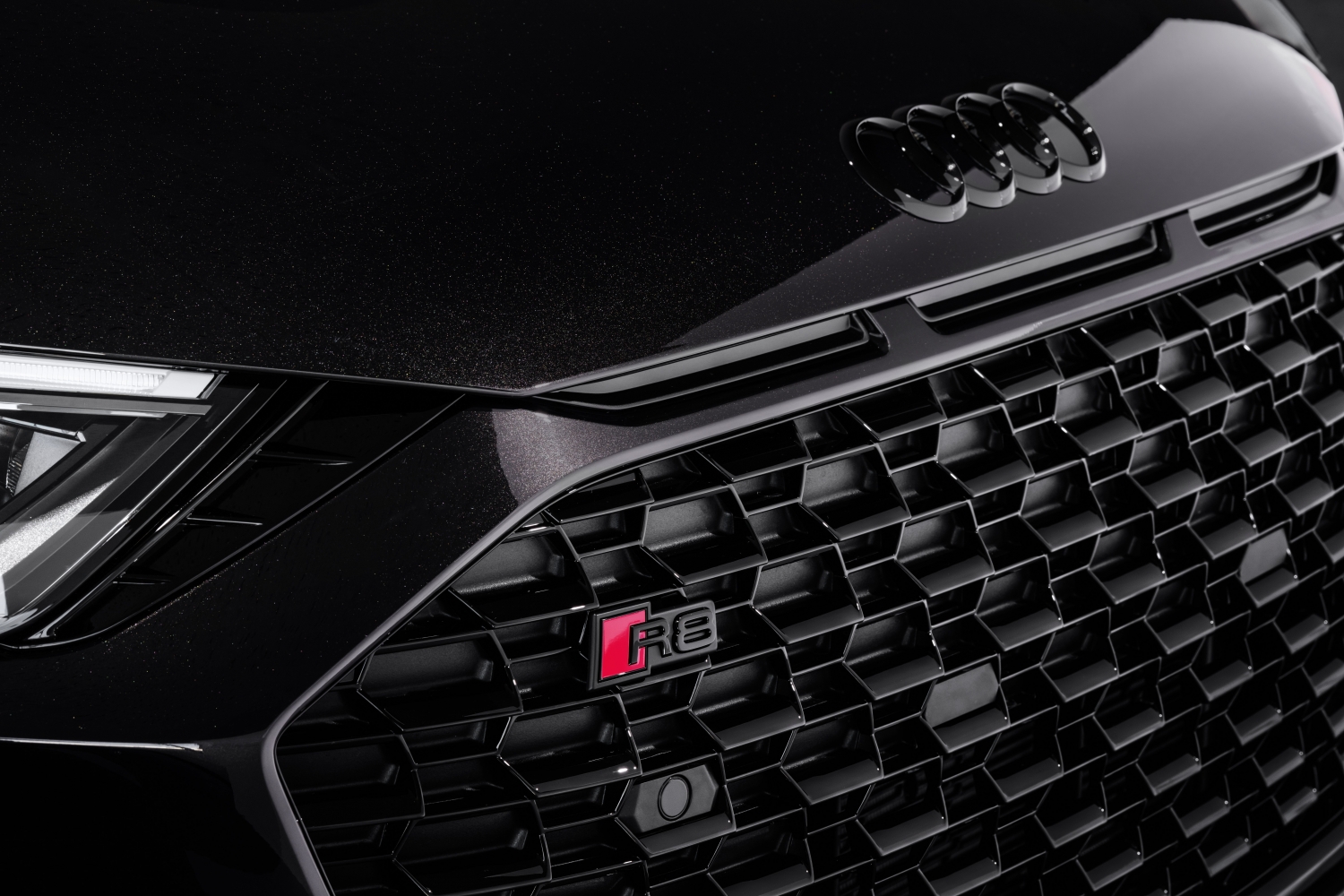 A big difference that buyers will notice is the sinister shade of black that will adorn the R8 Panther Edition. Like its feline namesake, the car is slathered in a very special shade of black that Audi calls ‘Panther Black’ (the only color offered here), with the hue giving the car a very sinister presence when viewed from any angle. Even the badging gets in on the act with virtually all the exterior badging being dipped in gloss black versus the usual chrome hued badging that we see on other R8 models.

The most striking aspect of the Panther Edition is the 20-inch double-spoke alloy wheels which are also adorned in gloss black accents. However, the outermost spokes are coated in blood-red accents and they do add a spark of contrast to the rest of the sinister vibes generated by the Panther Edition. Other goodies include a carbon fiber exterior appearance package, LED head and taillights, as well as a sport-tuned exhaust system. 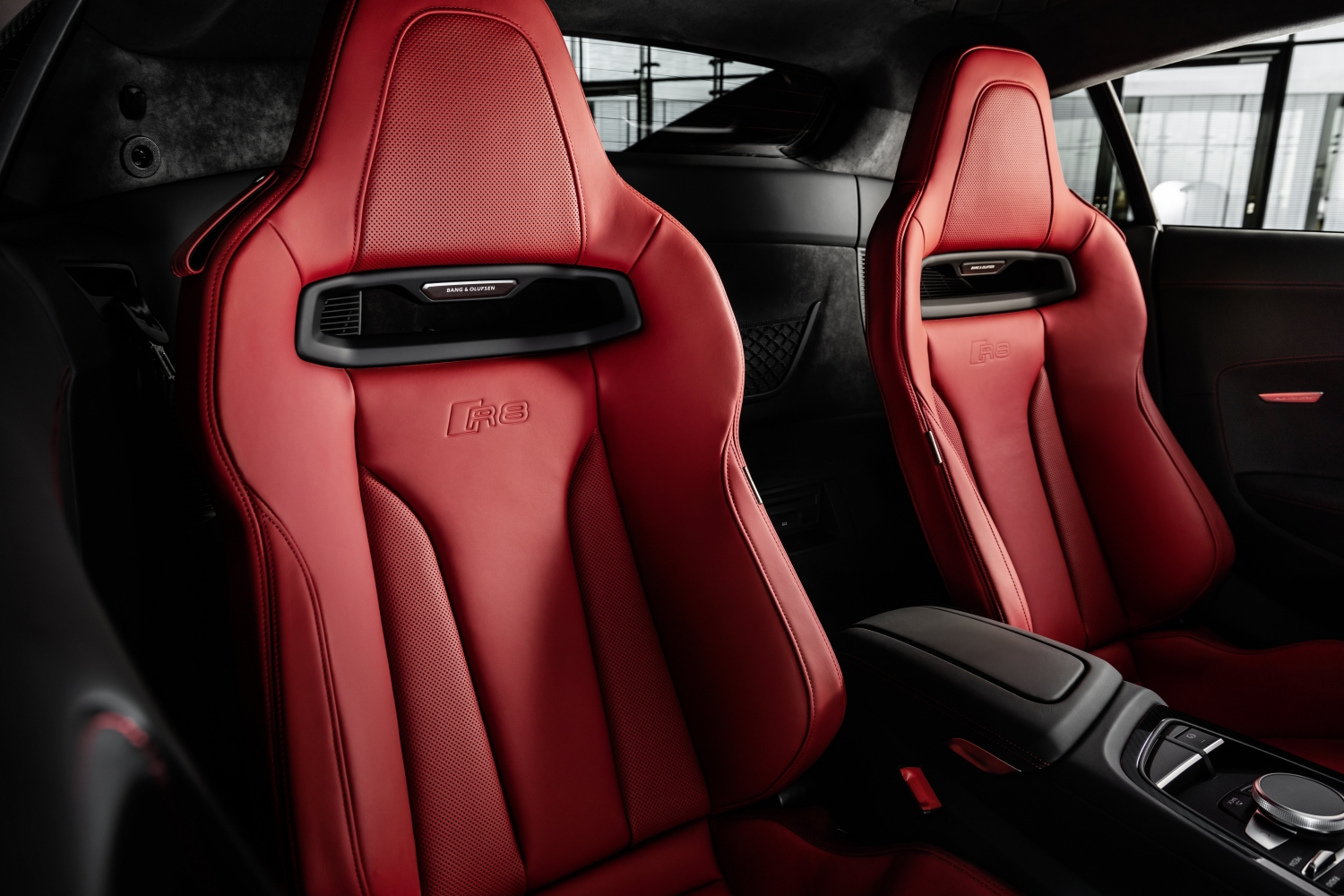 While the exterior proudly broadcasts its track-slaying intentions to the world the interior of the R8 Panther Edition prefers to indulge owners with impressive amounts of comfort and technology. The crimson red Nappa leather sport seats help set the mood, while red accents on the edges of the floormats and the stitching blend nicely with the rest of the black interior to help create a distinctive appearance. The leather and Alcantara wrapped steering wheel is largely what you see in other R8s, but Panther Editions feature a red-hued center line on top of the steering wheel rim. 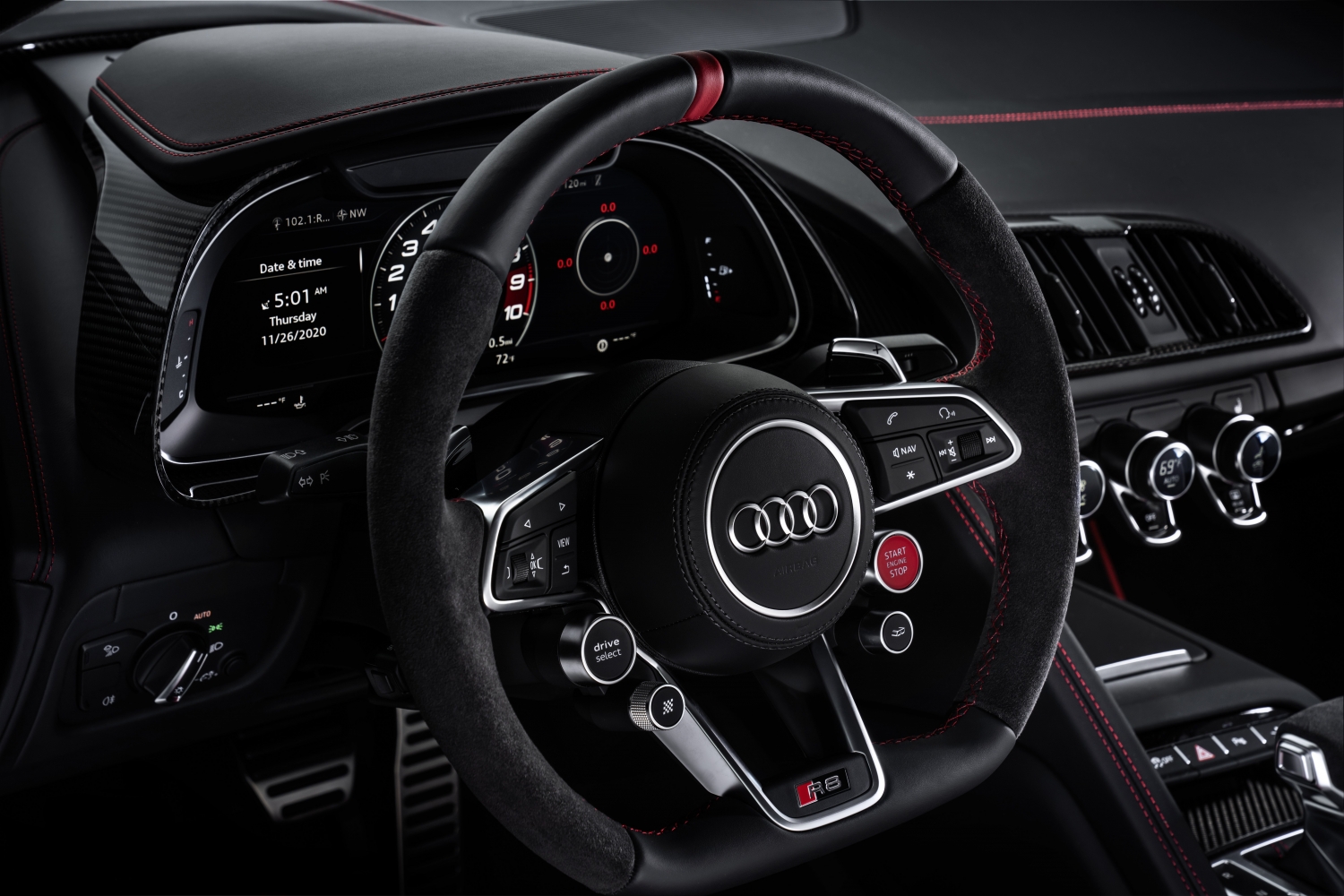 But don’t let the looks fool you, the R8 Panther Edition has the substance to back up its good looks with Audi engineers infusing it with a high level of technology. That includes a 13-speaker Bang & Olufsen sound system, Audi’s virtual cockpit system, as well as illuminated door sills. The Panther Edition is all about making a very potent styling statement and we suspect that the stylish interior when combined with the eye-catching interior will make this feline the talk of the town. 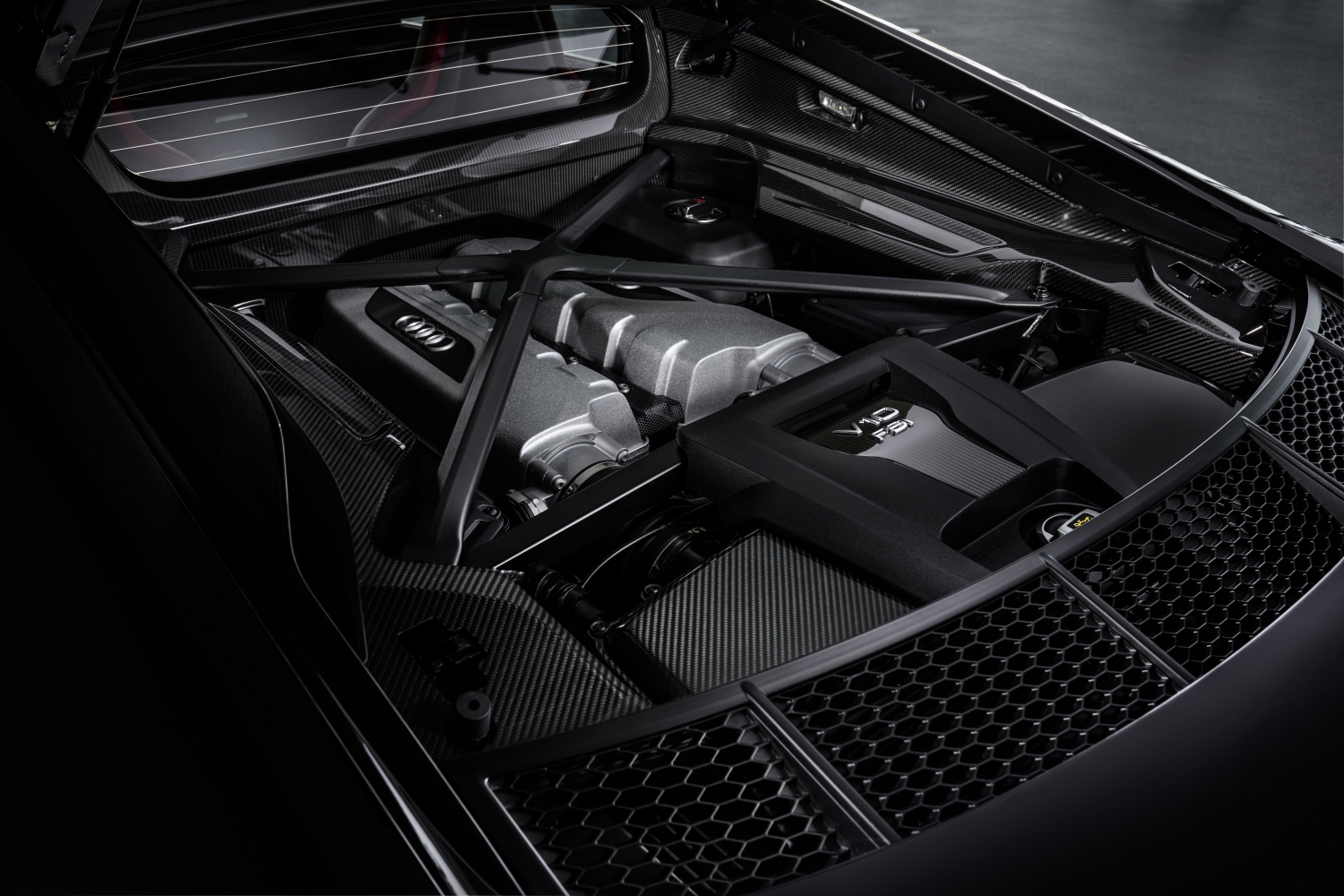 While the range-topping Audi R8 Performance model is still the fastest R8 money can buy, the Panther Edition is no slouch in this department either. Switching to RWD, from AWD, did force engineers to dial things back a bit, but the Panther still has the horsepower to back up its looks. This particular flavor of R8 is powered by a naturally aspirated 5.2-liter V10 engine. This mid-mounted marvel produces 532 hp and 398 lb.-ft. of torque, which is enough to rocket the Panther Edition to 60 mph in 3.6 seconds before topping out at 201 mph.

A seven-speed dual-clutch automatic is still the only transmission choice on hand but Audi has mentioned in the past that it is a smooth operator at high speeds and we suspect that the removal of the AWD system will make the Panther Edition a much more involved driving companion when you push the car hard through the twisties.
(If you want to row your own gears, there aren’t many cars left, but you can find our list of all of them HERE.) 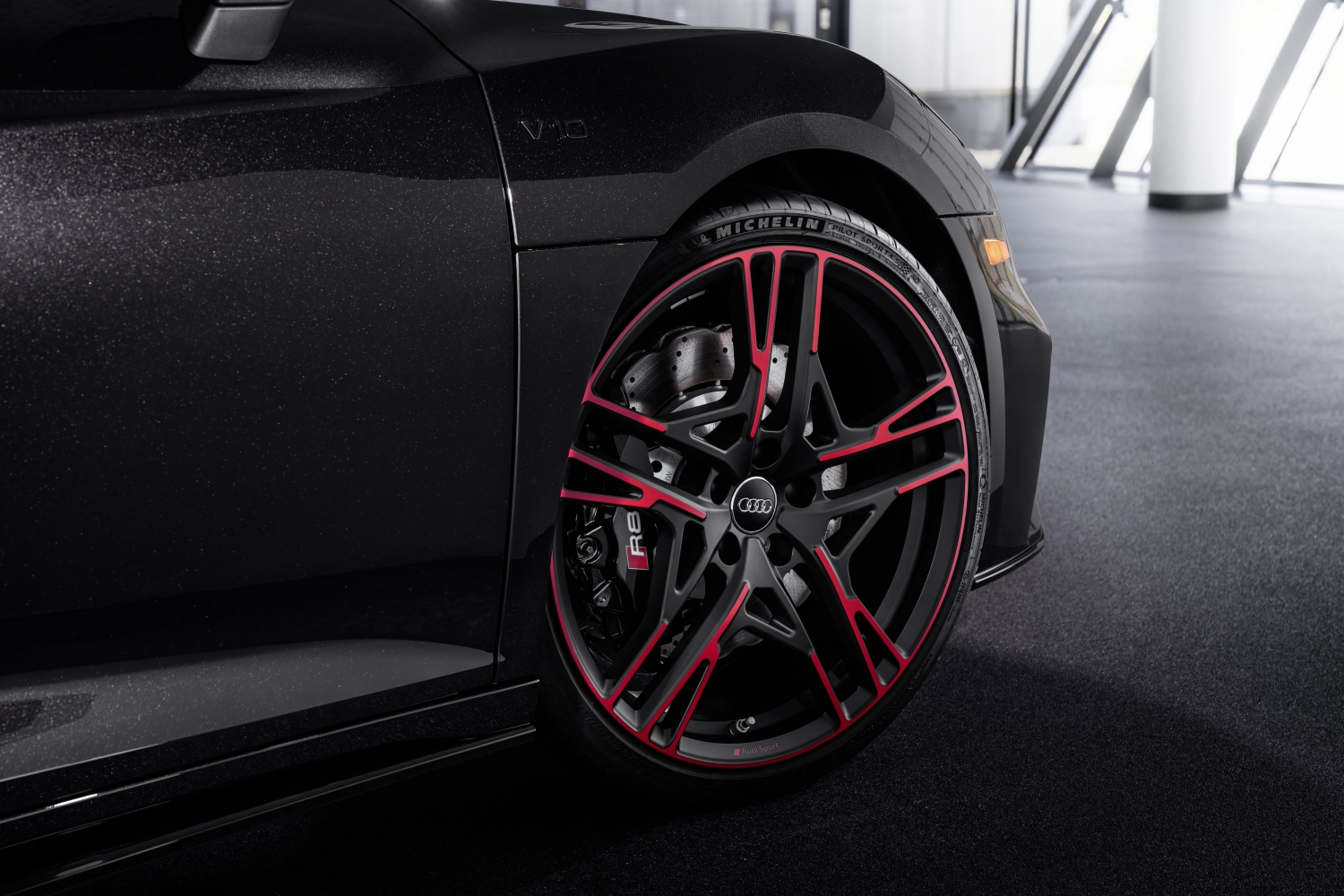 The 2021 Audi R8 Panther Edition brings plenty of exclusivity and style to the well-heeled clientele that can afford it but this sleek looking feline will require you to pay a premium for the chance of owning one. Base Panther Edition models start at $183,300, which is a whopping $13,400 premium over a base $169,900 R8 model with rear-wheel drive. Punching the numbers further reveals that the Panther occupies a pricey middle ground between its base cousin and the ritzier $195,900 V10 Performance model which is your ticket to more horsepower and all-wheel-drive.

As for exclusivity, the Panther Edition will be limited to a mere 30 examples, with all of them being produced as coupes. Thankfully the wait will be brief with the German luxury carmaker revealing that the first models will begin making their way to showrooms later this month (December 2020).

Act quickly if you want one of these machines, as they will no doubt be instant collector’s items and sell fast. You can find your local Audi dealer HERE. 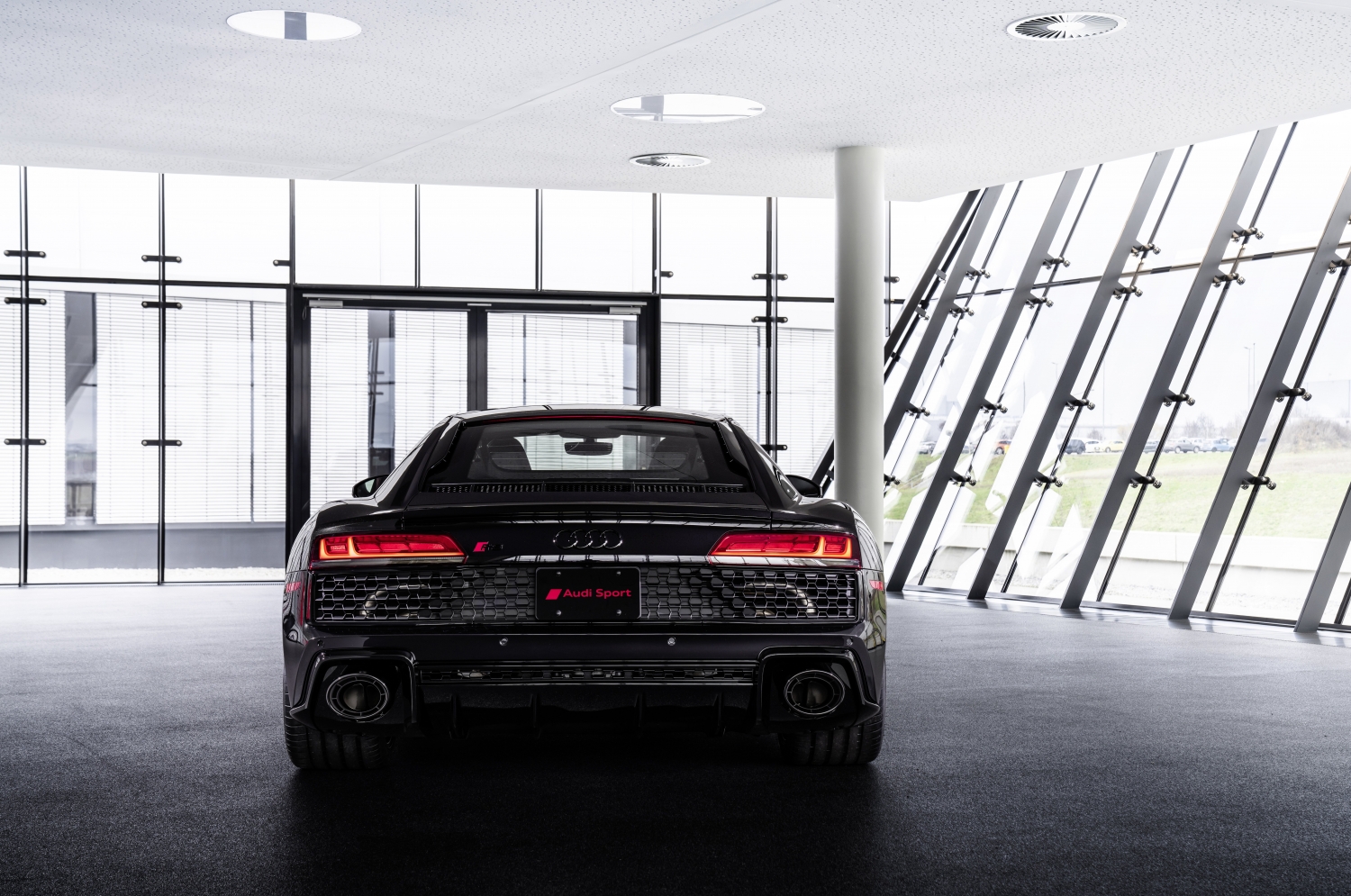 
15 Best Concept Cars Ever (And 15 Of The Worst)
2021 Will Be Last Year For Land Cruiser in U.S.
The Coolest CAR-B-Q Grills Around for Cooking Out this Holid...
Power Stroke Selected as Best Diesel over Cummins and Durama...
10 Most Likely Car Companies to Fail Within a Decade
The Marauder MPV. Bigger is Better.