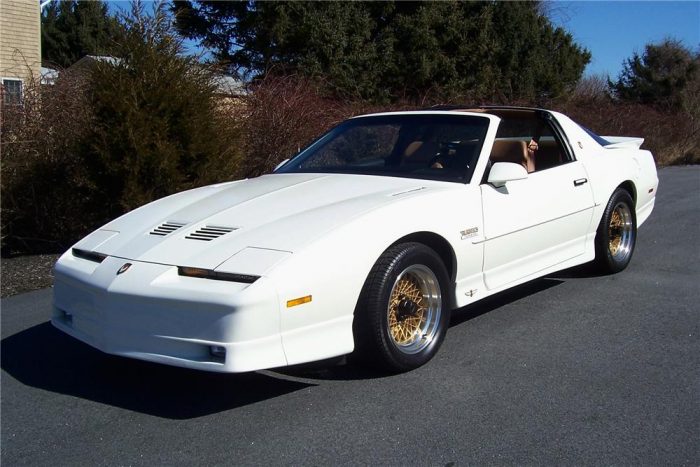 In the 1980s, auto manufacturers were still licking their wounds from the great horsepower purge created by the emission regulations in the 1970s. However, this is also the era when automakers started playing around with various ideas to increase power, like turbocharging small-displacement engines.

The results of these experiments were some of the greatest cars of the 1980s. With this on our minds, we decided to create a list of out 10 favorite cars from the 1980s. Let us know in the comments what your favorite rig from the 1980s was.

The Firebird and Camaros of the 1980s don’t have much to brag about, as even their highest-output models hung around in the low-200-horsepower range, except one outlier. I am talking about the 1989 20th Anniversary Trans Am, which featured the turbocharged 3.8-liter V-6 from the then-discontinued Grand National. 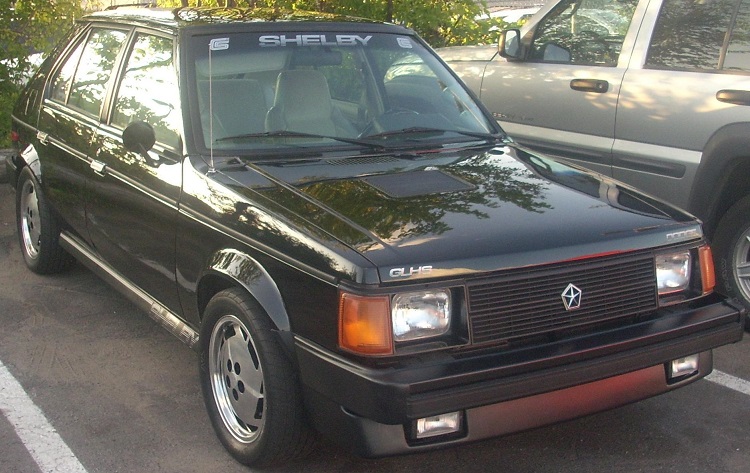 I would never think that the Dodge Omni deserves a spot in a list of the best cars of the 1980s, but there is one exception, and that is the 1986 Shelby GLH-S. The only thing that the GLH-S actually shares with the Omni is its ugly-ass body, which is actually part of this rig’s charm, and makes it the first-ever hot-hatch in the U.S. (sorry GTI fans, it’s true).

Powering this rolling shoe was a 2.2-liter turbocharged four-banger that produced 175 horsepower and 175 pound-feet of torque. While those numbers seem rather pedestrian by today’s standards, they were insane for the 1980s. All told, the Omni GLH-S could hit 60 mph in 6.7 seconds and it was quite nimble too. The best part, however, was its $11,000 base price. Unfortunately, these cars are unicorns, as Shelby produced only 500 of them. 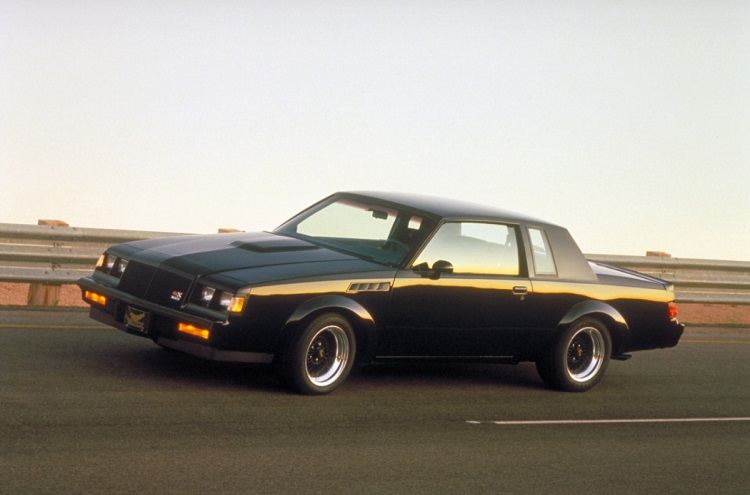 As if the Grand National wasn’t crazy enough, Buick employed McLaren to turn the Grand National into the GNX model. The result was a new turbocharger, a larger intercooler, an E-EPROM low-restriction exhaust, and a reprogramed auto transmission.

Buick rated the GNX at 245 horsepower and 360 pound-feet of torque, though most enthusiasts claim that these numbers were understated. The GNX launched to 60 mph in just 4.3 seconds and through the quarter mile in just 13.2 seconds. Not bad to a $29,900 car. 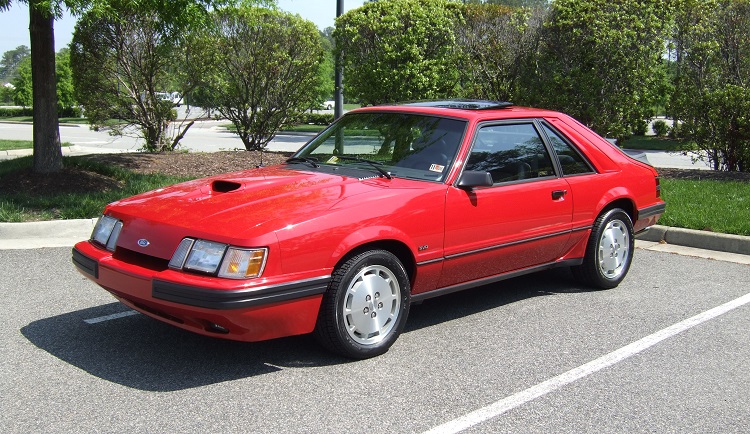 In the early 1980s, automakers were still trying to figure out workarounds for emission regulations and rising fuel costs. Ford’s Special Vehicle Operations team was tasked with creating a high-performance version of the recently redesigned Mustang, and from that came the 1984 Mustang SVO.

On top of being pretty quick for a 1980s four-cylinder, the Mustang SVO was fairly nimble thanks to four-wheel disc brakes, and a Koni suspension system. 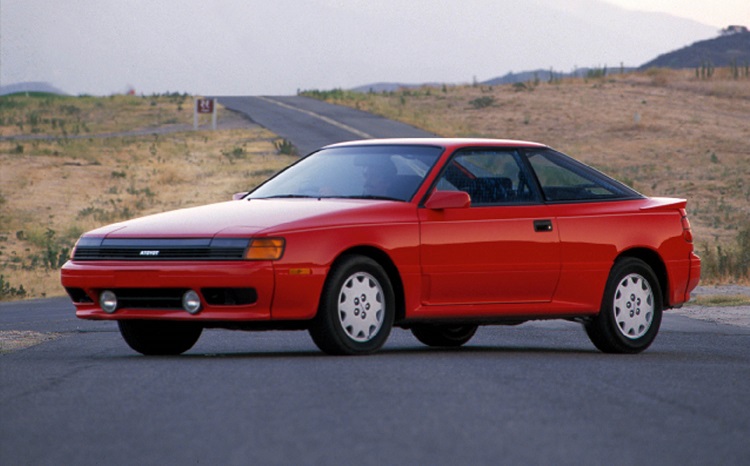 Folks often forget just how awesome the Toyota Celica once was, and the All-Trac Turbo model was the pinnacle of its awesomeness. Introduced in bulk in the U.S. in 1988, the Celica All-Trac arrived with a 2.0-liter turbocharged four-pot with 190 horsepower and 190 pound-feet of twist. On top of being powerful, the All-Trac also looked damn fine for its time.

The powerful four-cylinder engine delivered pretty good performance numbers too, as Toyota claimed it could sprint to 60 mph in 7.7 seconds and hit 135 mph. In independent testing, some folks noted sprint times as low as 7.3 seconds. 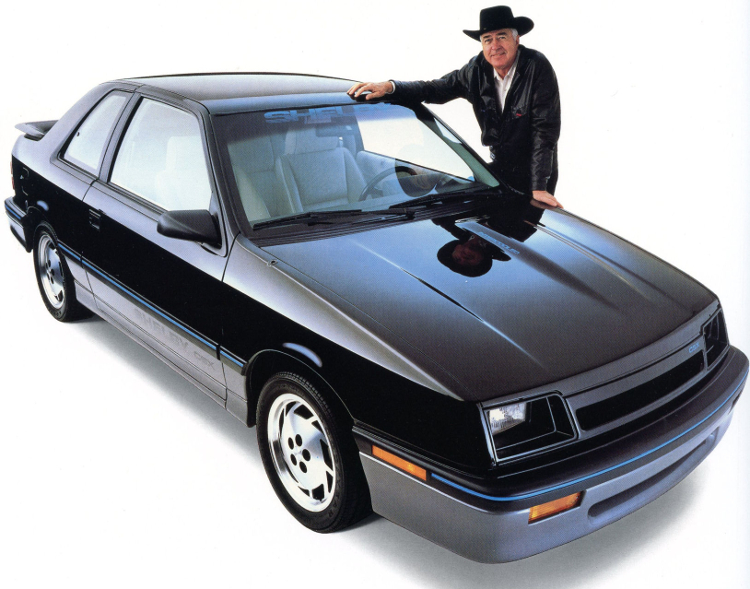 Another Shelby? Yes, Carrol Shelby had a huge hand in making the 1980s a more tolerable era for auto enthusiasts. The Shelby CSX took yet another lowly Chrysler vehicle, the Dodge Shadow, and turned it on its ear.

Thanks to a modified suspension and 15-by-6-inch Shelby wheels with Goodyear rubber, the Shelby CSX could hold 0.85g on the skid pad.

In 1989, Shelby revealed the CSX-VNT – “VNT” stood for variable nozzle turbo. This model used a variable-geometry turbo to eliminate turbo lag and bump torque to 205 pound-feet. 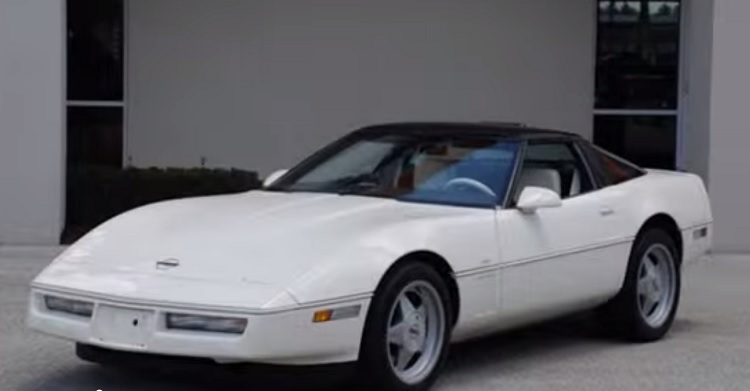 This is a controversial pick, as the B2K Corvette was one of the best and one of the worst Chevrolet Corvettes ever built. Thanks to the twin-turbo system provided by Callaway, this monster Corvette produced 382 horsepower and 526 pound-feet of torque in the era of sub-250-horse Corvettes. This power resulted in a 0-to-60 sprint that rivaled some supercars.

Unfortunately, the added power also made the Chevrolet Corvette B2K pretty fragile, which led to serious reliability issues. On top of that, the B2K option was expensive at $19,999 on top of the Corvette’s base MSRP.

Regardless of its issues, this car remains one of the greats of the 1980s. 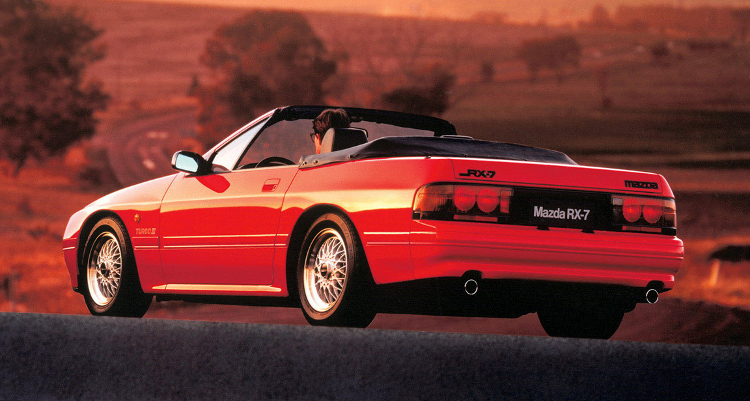 The RX-7 of the 1980s was one of the greatest sports cars ever, and the turbocharged model was the best of the RX-7s. This model put out 182 to 202 horsepower, depending on the model year. This combined with the relatively lightweight body and chassis resulted in quite the performer, as the RX-7 Turbo II could hit 60 mph in the mid-six-second range. No too bad or a sports car in the 1980s.

The BMW M3 was a rarity in the 1980s, as it came with a 2.3-liter four0cylinder engine that managed to produce 192 horsepower and 170 pound-feet of torque without the aid of forced induction. Sure, this meant that the driver needed to keep the revs above 4,000 for maximum enjoyment, but that was part of the M3’s charm.

While the original M3 was quite quick at 6.9 seconds to 60 mph, it wasn’t the track monster we know today, as it could only hold 0.81g on the skid pad.

The 1980s wasn’t a hotbed for super-powerful supercars, though there were a few here and there. The 959, which Porsche built from 1986 through 1989, was one of the few insanely fast models available in this era.