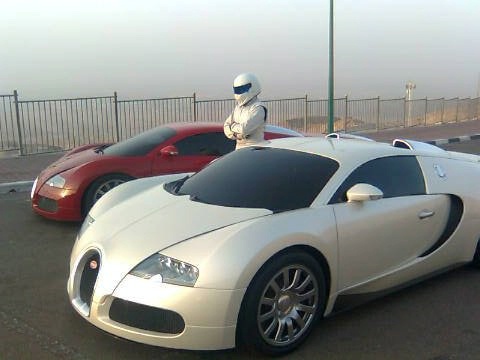 When it comes to television shows, I think most of us gearheads would agree there aren’t enough shows about cars. In recent years though, we’ve seen a couple new networks like Speed and Velocity from Discovery Channel start to put more automotive content out there. History and Discovery do have quite a few shows dedicated to our obsession, so I thought I’d give you a rundown of your options the next time you’re looking online for car shows on Netflix or on cable for something to watch.

Ranking The Best Car TV Shows Out There!

10. Comedians in Cars Getting Coffee

Right now available on Netflix, Comedians in Cars Getting Coffee is a rather interesting concept where Jerry Seinfeld (a well-known Gearhead) interviews stars. He starts every show by driving really interesting classic cars. After telling us a bit about the cool cars and a bit of history, he goes to pick up a star in his/hers place. Just a casual conversation sometimes ends up totally spontaneously with stars just hanging out in some of the coolest spots in the nation’s cities, like New York and Los Angeles, talking about stuff and some cars. 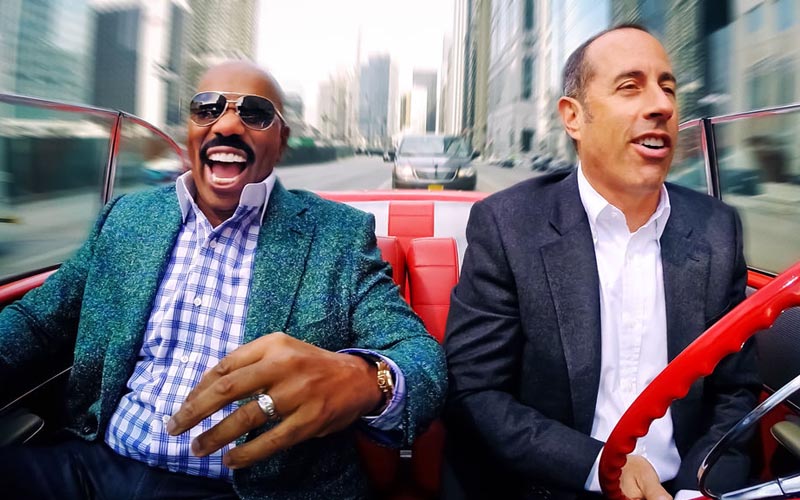 The show started in 2012 and it was a star show of the Crackle network for the first five years. Since January 2018, the show is distributed over Netflix for all the world to enjoy. Up until this moment, Seinfeld filmed 72 episodes for 10 seasons in total.

The shop made famous by MTV’s great show Pimp My Ride is still going strong. Xzibit may have moved on, but CEO Ryan Friedlinghaus is still pushing the limits of custom car builds, often times doing work for celebrity clients like Mark Wahlberg and Justin Bieber. 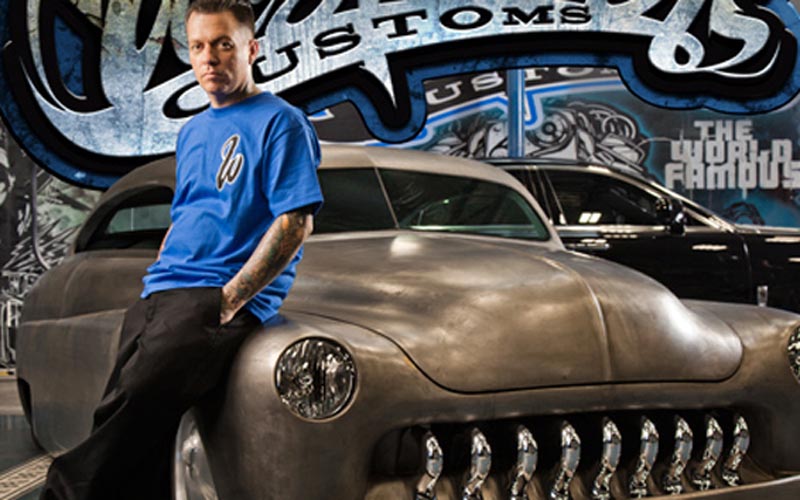 Each client gets something unique to match their personality, lifestyle or brand, which makes every episode a new adventure. It’s a great show for car lovers.

Wheeler Dealers is a British television phenomenon airing since 2003. The premise is a rather simple one – one guy buys a beaten up car, the other guy fixes it up and they sell it for profit. Obviously, making car restoration shows like these is rather hard and time-consuming, but we did get some awesome content many generations will enjoy. 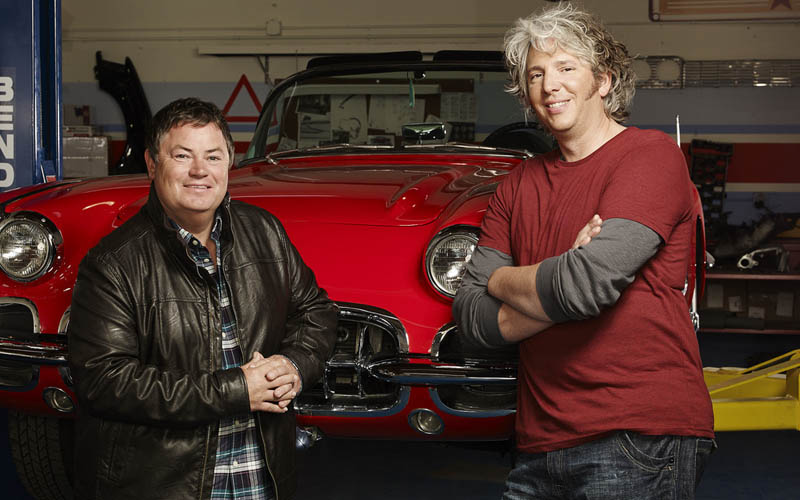 Mike Brewer, TV-series host and Edd China, a mechanic, became quite the celebrities in the world of gearheads. However, Wheeler Dealers changed a bit for the season 14. Edd China left the show. He was replaced by equally charismatic Ant Anstead. This thing is worth a watch. And if you are afraid you’ll be only watching Euro and Japanese cars, don’t be. Wheeler Dealers visited the USA a few times so there’s plenty of good old muscle cars and hot rod action. Check it out now.

Now in it’s 21st season, Fifth Gear is the top rival motoring show to UK’s renowned Top Gear. It’s a little more sensible, and has a focus on useful and newsworthy information. They usually review more affordable cars than their counterpart. 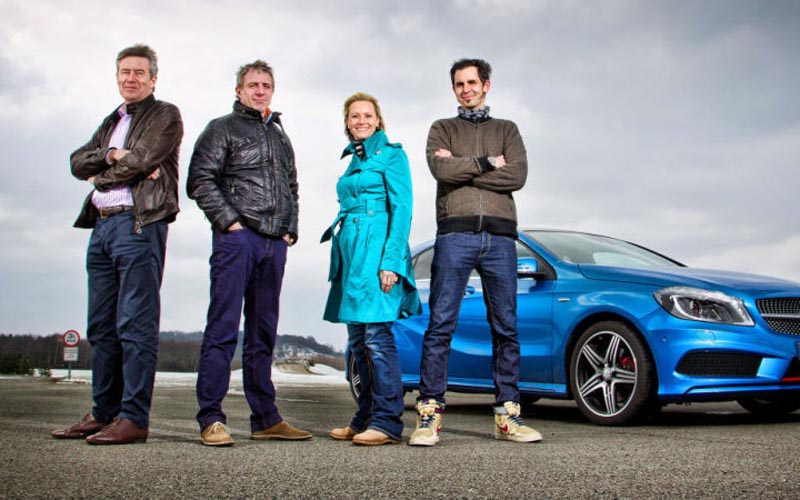 A couple of the hosts were once professional race car drivers, which allows for some pretty interesting insights. You can watch this television series on Velocity, Discovery’s repurposed automotive channel.

The famed host of The Tonight Show Jay Leno is a well known and renowned gearhead with a car collection so rich I could spend my life there and still be hungry for car knowledge. So, when he left The Tonight Show and announced an all-new car show all the gearheads were interested. Called the Jay Leno’s Garage, the car TV show has been on since 2015 with Jay Leno reviewing a number of vintage cars, classic cars, sports cars, supercars and custom cars. We are four seasons in with 52 episodes. 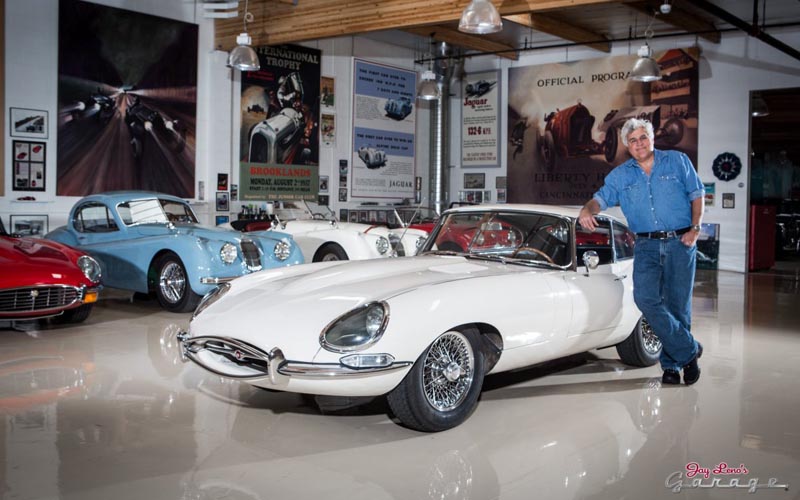 The show is so good that it won a Primetime Emmy Award for “Outstanding Special Class — Short-Format Nonfiction Program” in 2016.

The premise here is all about surprise. Through some form of trickery and help from friends and family, the hosts go in and steal a car from the unsuspecting mark.

They then have a week to rebuild and refurbish the car to turn it into a custom masterpiece. Usually the car is some kind of beat-up classic and episodes end in elation when the car, new and improved, is returned to the surprised owner. 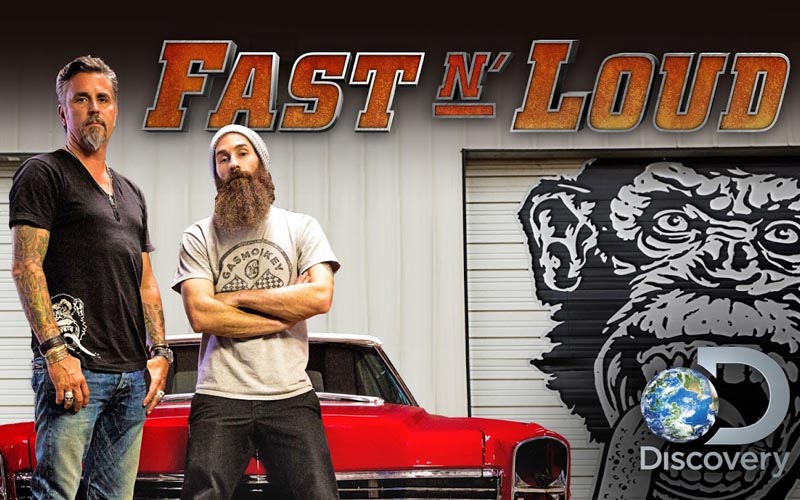 Every episode is a race against the clock as Kaufmann often spends night and day in the garage, working non-stop to fix up all kinds of great car classics and antiques to flip for car shows and profits. Rawlings searches high and low for targets so you get to see a wide range of incredible and rare old cars. The subsequent spin-off, Misfit Garage, is also worth a watch but not as good as the original!

Fans of Pawn Stars will recognize “The Count,” Danny Koker – he’s the expert gearhead and self-proclaimed car addict they call in to appraise the vehicles people want to sell. 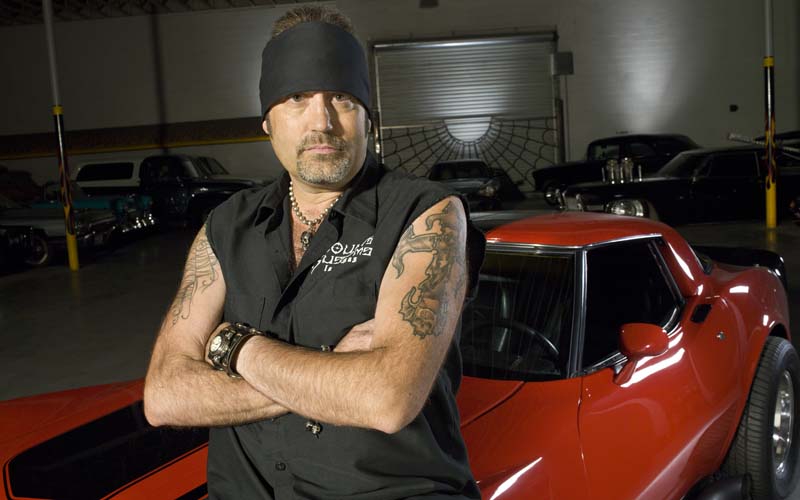 The show follows his business at Count’s Kustoms in Las Vegas, a restoration company that specializes in old classics as well as motorcycles. If he sees a car he likes on the streets, he’s never shy about flagging the driver down to ask if they’re willing to sell.

Top Gear was the ultimate gearhead show. Whether it’s the UK version or the U.S., the spirit, and the enthusiasm are the same. The Brits are known for their wacky humor, but that doesn’t mean the American version is short on laughs. The key difference between Top Gear and Fifth Gear, described above, is that the former focuses as much on entertainment, competition and humorous banter as it does new car information. 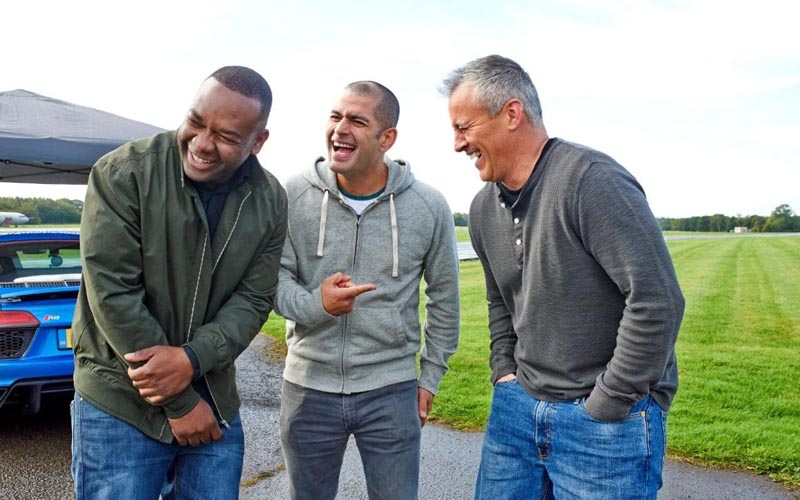 Between driving incredible, quarter of a million dollar cars at 150 miles an hour and performing stunts on a closed course, I’m usually left pretty envious by the end of every single segment. Now, the Top Gear changed its format after their main stars Clarkson, Hammond and May left for The Grand Tour, but it is obvious that Top Gear found its footing with Chris Harris, Matt LeBlanc and Rory Reid.

Honestly, I did not know whether I should list The Grand Tour or the Top Gear at the first place of the Top 10 Car Shows on TV list. See, while Top Gear boys Richard Hammond, James May and Jeremy Clarkson did leave the Top Gear in a shroud of controversy, BBC actually found a proper footing with their latest season. Nevertheless, the Grand Tour seems to be a bigger show with much more dedicated viewers and three boys who introduced cars as household items. 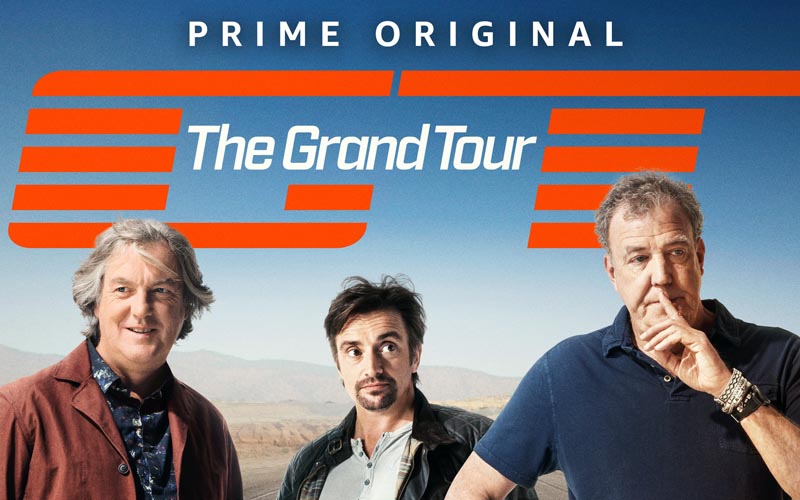 With 22 episodes and two seasons, The Grand Tour became Amazon Prime star show. We are in for a whole lot more incredible content in the coming years. The only question is how long our chaps will be able to do what they do. Hopefully, the king of car TV shows will continue for a long time in the future.

I’ll close with this montage of The Grand Tour with a nice short video. Enjoy!

I’ll start off the countdown with arguably the most dramatic show on the list. To the casual observer, American Chopper might just seem like a show about tattooed hot heads screaming at each other. To the gearhead, though, they just build badass custom bikes. 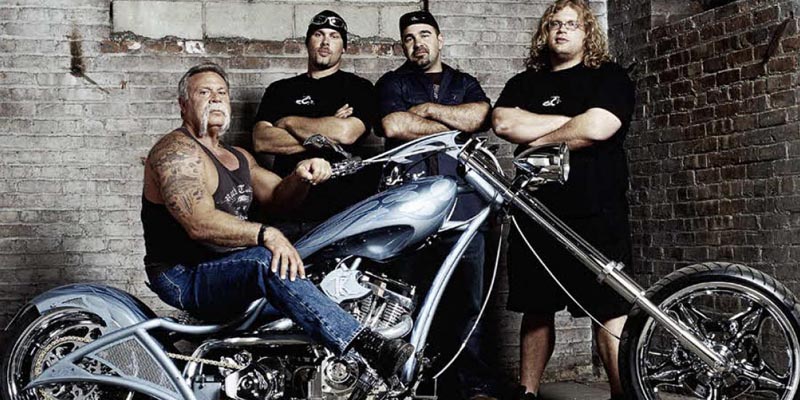 The series started out with the father-and-son team of Paul Teutul Sr. and Paul Teutul Jr. working in tandem at Orange County Choppers in Newburgh, New Jersey. The two have since parted ways, but now compete head-to-head on a spin-off series called Senior vs. Junior on Discovery. If you love choppers or building bikes, there’s plenty of eye candy here when they’re not busy feuding.

This is a spin-off of Pawn Stars on the History channel, featuring cameos from the cast as well as that of American Pickers, Lance Burton, NASCAR driver Greg Biffle and even famed rocker Sammy Hagar. 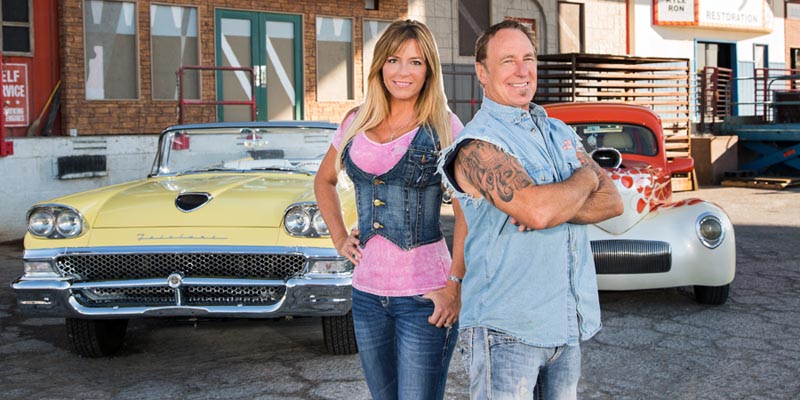 The car restoration show follows the daily operation of Rick’s Restorations, which specializes in fixing up old bikes, cars and every other kind of antique collectible. It comes in the bonus section because it’s not specifically about cars or motorcycles, though most episodes feature at least one or two.

Speed has some really great programs, especially if you follow NASCAR or Formula One. But it doesn’t stop there – I think Car Warriors is one of the hidden gems when it comes to car shows. 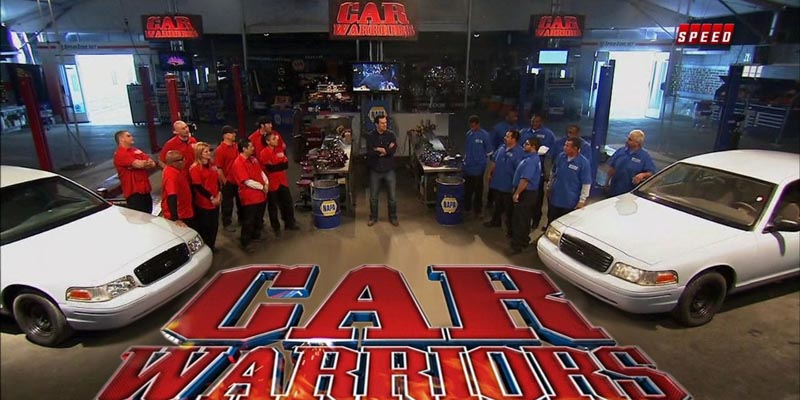 Each episode features two competing teams racing against the clock to take identical cars – everything from Corvettes to VW Bugs – and soup them up in every way imaginable. Fans of Pimp My Ride might recognize Mad Mike, who judges the final products.

What else did we miss that could’ve been included on this list of car TV shows? What about Wayne Carini and his excellent Chasing Classic Cars show? Or how about Boyd Coddington and his team on American Hot Rod? Is Street Outlaws more of you thing?


10 Reasons Why Your Car Won’t Start
Most Expensive Cars of All Time
The Coolest, Weirdest, Wildest Car - Boat Mashups Ever
The 10 Worst New Car Flops & Fails of the 21st Century
9 Biggest BMW Recalls of All Time
2015 Toyota Supra