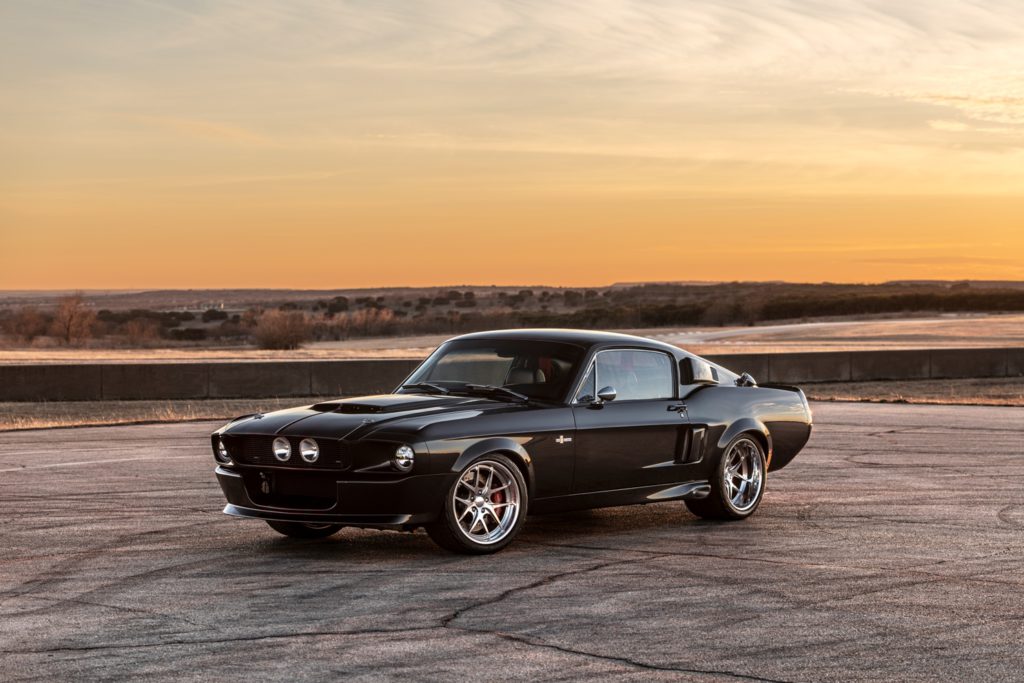 Crafting a 1967 Shelby GT500 Mustang body from high-tech carbon fiber is not only a slick look, but shaved 600 pounds off the Classic Recreations build. Match that slimmed down body with a Ford 5.2 liter Gen 3 Coyote engine with 810 hp and you end up with a supercar competitor with classic style. The limited-edition Classic Restorations GT500CR Shelby Carbon Edition is sure to turn heads wherever it goes!

Classic Recreations had already been building Shelby licensed classic GT350 and GT500 models in their shop in Oklahoma. So they partnered with SpeedKore Performance Group to make molds from their steel 1967 GT500CR model to produce lightweight carbon fiber body panels for the Mustang. Previously you might have seen hoods or vents made from carbon fiber for these Mustangs, but this is an entire complete body made way lighter with carbon fiber panels.

We got an AutoWise exclusive interview with Jason Engel, the founder of Classic Recreations, and Jeff Stone, the company’s CEO, for their insights on this undertaking. 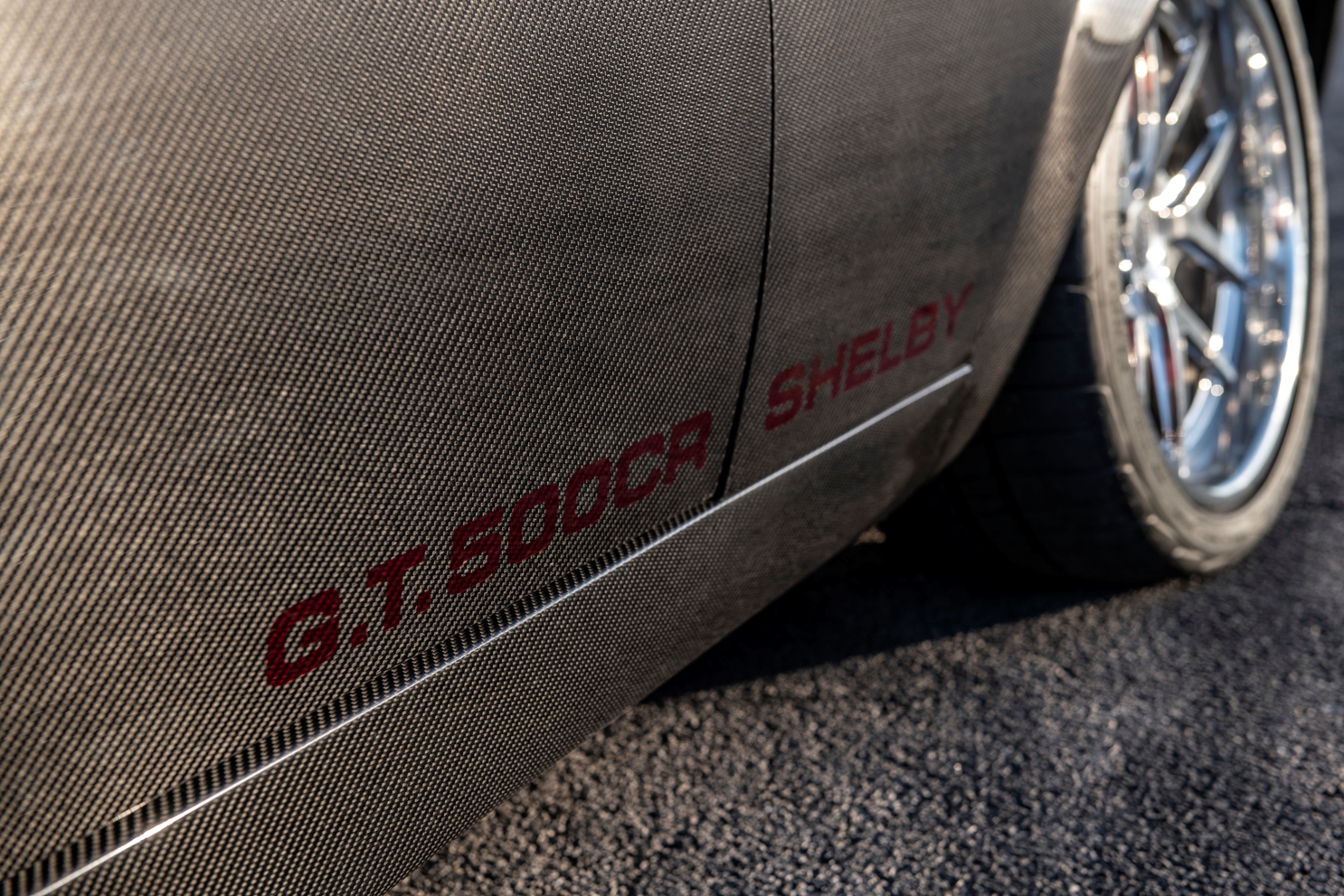 Carbon Fiber All The Things

Carbon fiber composites have been popular as a strong, weight-saving material since the 1960s after scientists figured out how to make it efficiently. It is five times stronger than steel and twice as stiff, but much lighter. Strands of the carbon are woven into a fiber material which is then coated with resin.  You may see parts that have been wrapped with a vinyl covering simulating carbon fiber’s weave, but the real thing is lighter and much more expensive.

SpeedKore Performance Group made the carbon pieces in their Wisconsin plant. The carbon fiber pieces are already pre-coated with resin, placed into the molds, and then placed into vacuum bags to help force the resin throughout the materials.  The molds are then placed into autoclave units that add heat and additional vacuum to fully cure the body panels.  Engel noted that Classic Recreations had “used some small parts in the past but never have used a carbon fiber part cured in an autoclave and made from a six-axis CAD machine. By using this advanced technology you get a much higher quality part and ensure panel-to-panel perfection for every single build.”

Engel added that the reasons for carbon fiber were multi-fold. “The weight reduction, the efficiency in production, the quality of the parts, the beautiful finish, and many more but what really made us decide to take on Carbon Fiber production vehicles was our commitment to Carroll Shelby’s vision and legacy.” Shelby saw the advantages of the lightweight material and now Classic Recreations could follow through on that vision.

Of course, they still had to engineer how these panels would attach to the Mustang’s structure. Stone advised, “we worked closely with our parts manufacturers to make sure the vehicle was still structurally solid while making adjustments to attach what used to be steel.”

You could paint the panels, but why would you want to mask the fact that your Mustang is made from carbon fiber? Classic Recreations chose to add a faint set of red racing stripes and then clear coated the carbon fiber.

Carroll Shelby made a name outfitting stock Ford Mustangs with better performance parts and the 1967 Shelby’s were the last produced by the Shelby American group. Ford took over production of the 1968-1970 GT500s. The 1967 Shelby GT500 was the most powerful Mustang then available and helped transform the Mustang from a pony car to an awesome muscle car. Shelby put a 428 CI V-8 engine under the hood allowing it to zip down a quarter-mile track in under 14 seconds.

You may recall the 2000 remake of Gone in 60 Seconds featured “Eleanor,” a 1967 Mustang GT500 Fastback that had a customized body kit. It played a prominent role in the movie and greatly boosted interest in the classic GT500s. For a few years after the movie, Classic Recreations also offered reproductions of the Eleanor model.

This past week Classic Recreations unveiled their first production vehicle clad in carbon fiber. The carbon fiber body can be ordered in any of the three drivetrains that Classic Recreations offers; the GT500CR 900C, 900S, or the 545 versions. Since they are Shelby licensed continuation cars, they are given a Shelby serial number and included in the Shelby Worldwide Registry.

Pricing starts at $265,000.  Or a buyer could upgrade to the “Carbon Edition” with only 35 limited edition units being offered for sale. These include special badging, and a delivery experience at Shelby American’s site in Las Vegas. But you better hurry, as only 10 of these 35 Mustangs are still available, with a starting price tag of $298,000. Stone noted “the Carbon Edition is a special edition. We’ll be producing carbon fiber cars for years to come.” 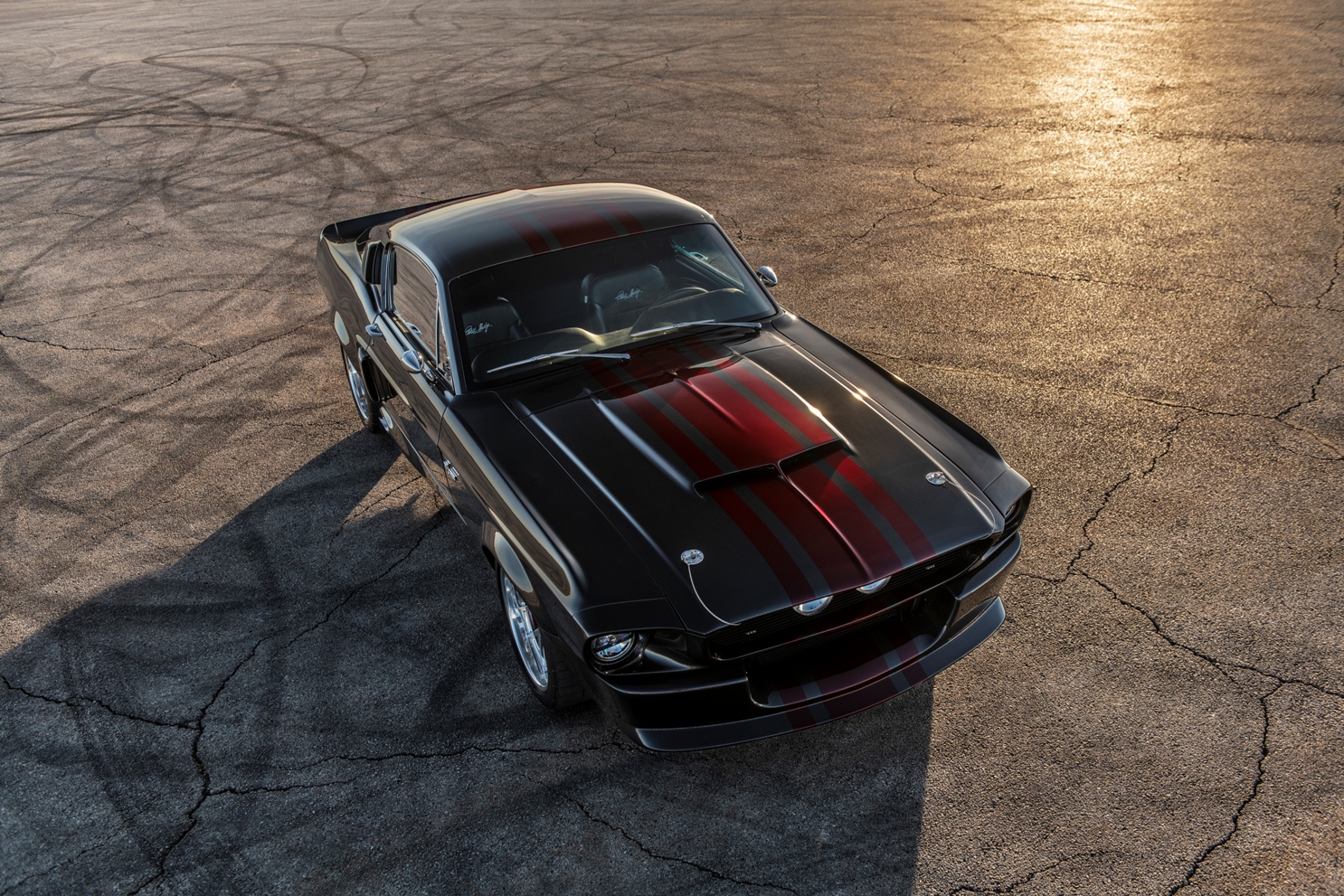 Since this is a Shelby you expect some high-performance parts from Ford under the hood and you won’t be disappointed. They are putting a Ford 5.2L Aluminator Gen 3 Coyote engine in place with a 2.9L Whipple Big-Mouth supercharger. That delivers 810 hp to the Ford 10R80 10-speed automatic with paddle shifters. The speedometer from Classic Instruments tops out at 200 MPH, but Engel figures “top speed flattening out around 185.”

To slow this monster down the Mustang features Wilwood 6-piston calipers up front and 4-pistons calipers in the rear. They used a Detroit Speed Alumaframe front suspension and a Quadralink for the rear, with JRI coilovers and oversized sway bars. The GT500 comes with Forgeline wheels with massive BFGoodrich Rival G-Force 335/30/18 tires on the back with a pair of 275/35/18’s up front.

The folks at Classic Recreations did not forget the creature comforts inside the cabin though. They included ProCar leather bucket seats, five-point seatbelts along with an Alcantara headliner. The radio is a Kenwood model with navigation and a Kicker sound system. 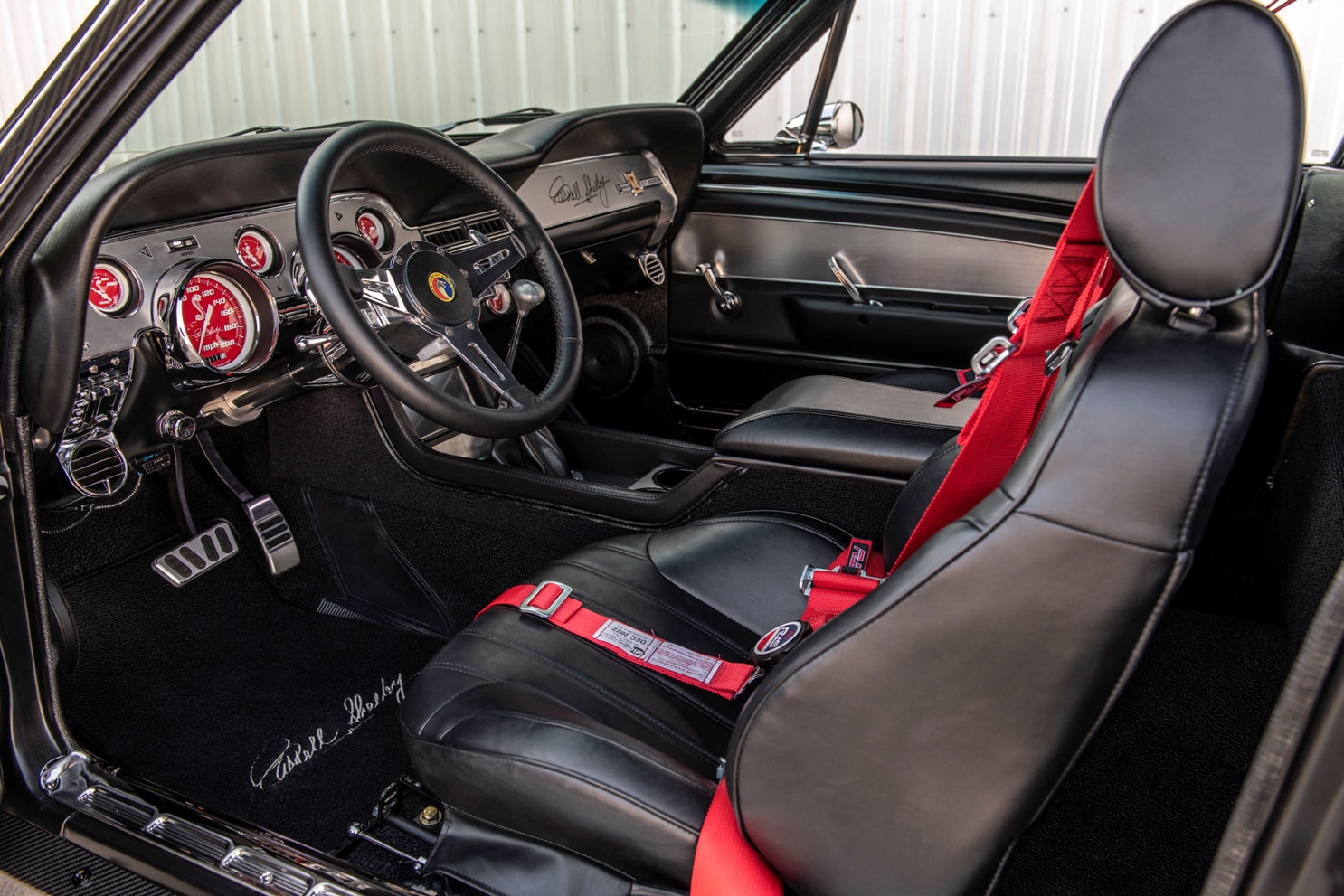 Each unit takes about 2,500 man-hours to build, so delivery is 12-18 months out. Demand was so strong the company added a plant in Dallas, Texas last year and employs 53 workers overall. Stone noted, “between Oklahoma and Texas, we are currently using approximately 50,000 square feet. By the end of this year, we will be upgrading the Texas facility giving us just north of 100,000 square feet.”

A 1967 Shelby GT500 Mustang was already a head-turner. The fastback had classic styling and superior performance. But with 810 hp now coming from a tuned Ford Coyote engine and that shiny, lightweight carbon fiber body you can expect some serious accolades on track, at car shows, or just around town with this visionary modern interpretation of an iconic classic.