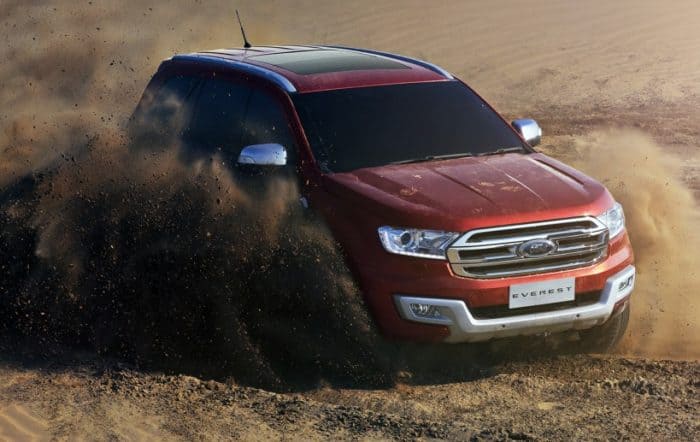 While consumerism and the idea that if there’s something you want, there’s a price you can get it for runs rampant in the U.S., believe it or not, there are actually quite a few things that we don’t get stateside. We’ve had some very capable off-roaders and SUVs come through U.S. dealerships, but there are some even more awesome and exclusive SUVs out there that never even make it over here. While we might make due with some tamer examples from the likes of Nissan and Toyota with third-row seating and child-seat anchors with the occasional flair of something from the TRD division, the truth is, we’re missing out on some of the most awesome SUVs ever produced.

While it’s true that we get fun offerings such as the Jeep Grand Cherokee Trackhawk or the Toyota 4Runner TRD Pro, there are still tons of exclusives (think Toyota Hilux) and off-road monsters that for whatever reason, aren’t offered here. Automakers must think we’re so content with our lifted diesel trucks and pickup-fever that we’d never be interested in the likes of these 8 awesome SUVs that are only available outside the United States, but if you’re anything like us, this list will leave you petitioning your brand of choice for something big and fun to throw in the mud. 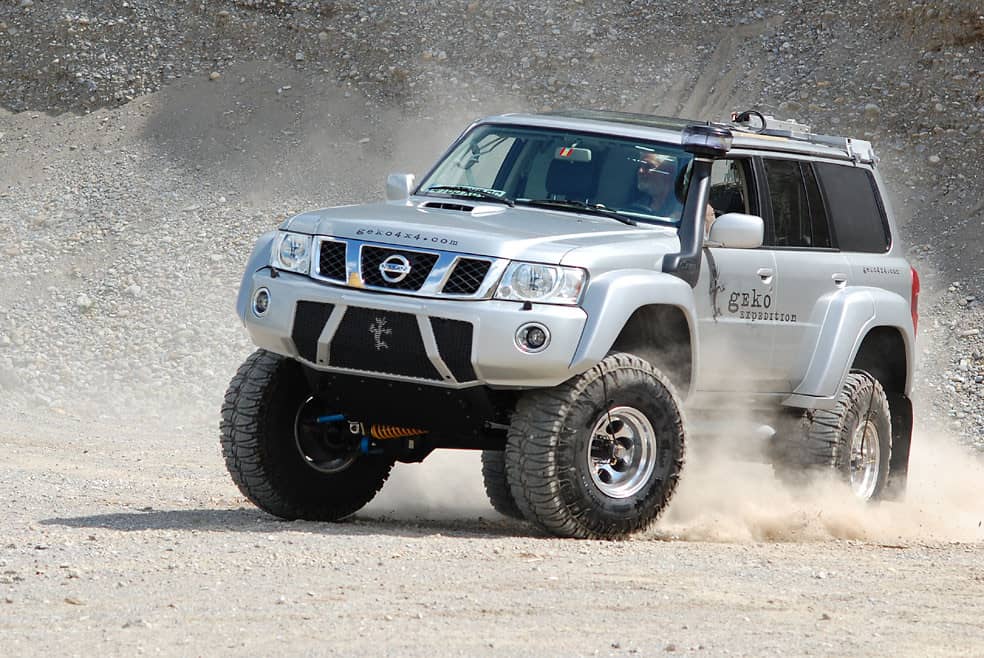 Gone from the US since 1997, the Land Rover Defender has hit the end of the line in Europe as well, unable to overcome safety and emissions regulations. Production will continue at least into early next year, based on last minute orders. Currently the Defender is powered by a Ford-produced  2.2 L turbocharged diesel engine as also used in the Jaguar X-Type, which produced 155, bolted to a 6- speed gearbox which provides a gear lower than 1st, rather than higher than 5th, as do most 6-speeds. 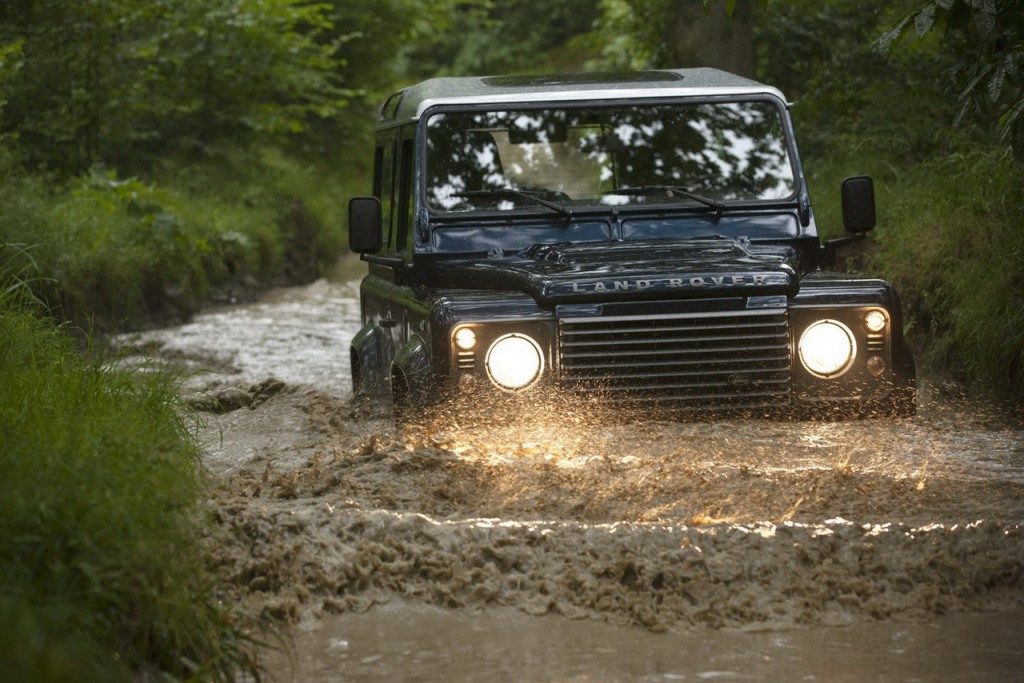 Ford of Australia has developed a 7 passenger midsize SUV based the on the Ford Ranger we also can’t have in America. Inside, it’s as plush as an SUVs sold in the States. But its built for the harsher conditions found in the Outback, it features a full ladder frame, skid plates galore, 9″ of ground clearance, and the ability to ford a stream 30″ deep. Powertrain is a 3.2 L 5-cylinder turbo diesel, six-speed automatic, and AWD.

Based on the Toyota Hi-Lux truck chassis (the rougher, tougher cousin to the Tacoma) the Fortuner is sold in the rougher, tougher parts of the world, primarily India, Pakistan, Southeast Asia, and South and Central America. Powertrain choices run from a 2.7 L four cylinder to 4.6 L gasoline and 2.5 L to 3.0 L diesel motors, with 5-speed manual or 4-speed automatic, all of which are dependent upon the market. 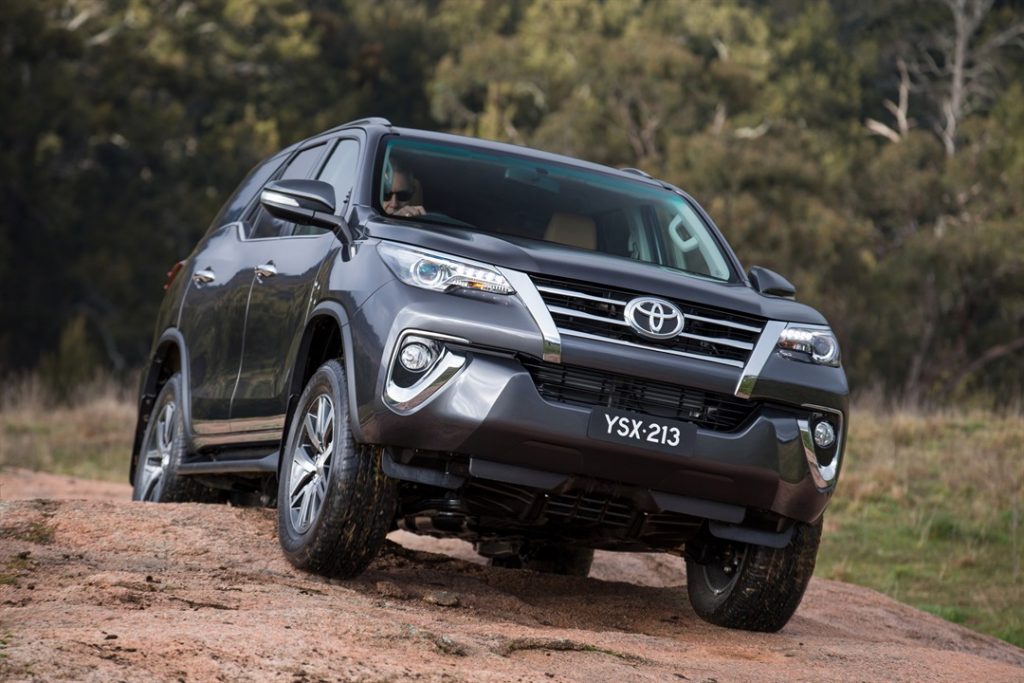 Started as an independent company in 1995, Troller was acquired by Ford of Brazil in 2007, and with it the neat little Troller T4 4×4.  Built on a steel chassis and fitted with a fiberglass body, the Troller T4 features, oddly enough, a 3.0L Navistar (and not Ford) turbodiesel engine.

Those of you with long memories and brains clogged with trivia (like mine) will recall the short wheelbase two-door Mitsubishi Montero (also  badged the Dodge Raider) and sold in the US in the 1980s may have left our shores but is still sold around the world. Even after all those years, it’s not lost any of its quirky charm or off-road capabilities. 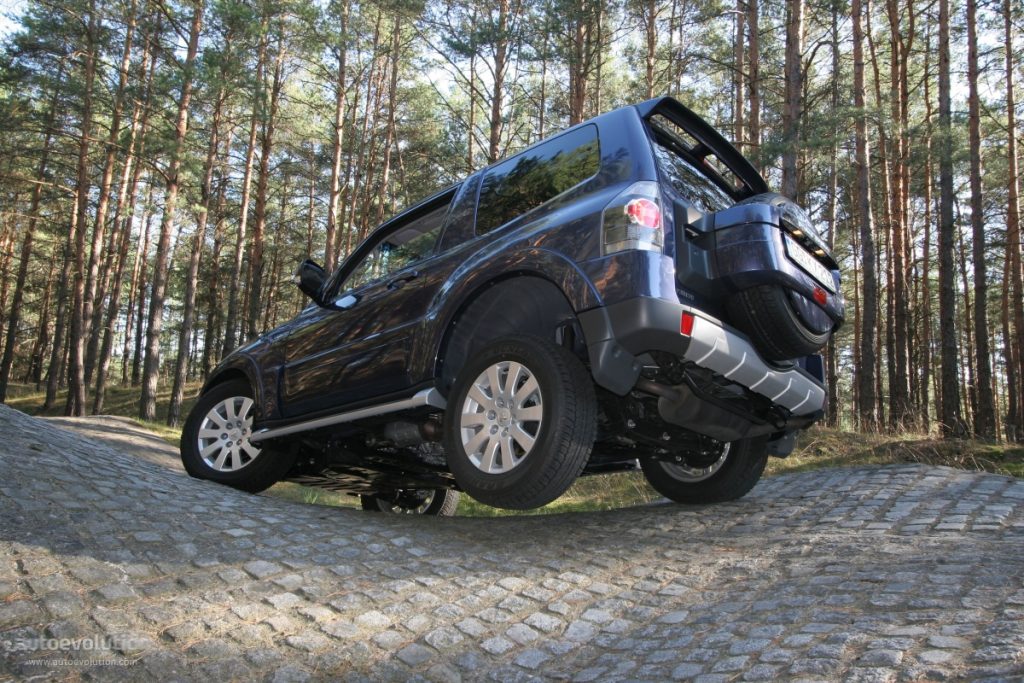 Unlike Toyota, which sold its Land Cruiser in the US almost from day one, Nissan never officially imported their competitor – the Nissan Patrol – into this country. While it’s a big, 7-passenger cruiser, it’s also a workhorse, its 3.0 L turbocharged diesel and rugged manual transmission give it an almost 7,100 lbs. towing capacity. It still retains if off-highway capabilities, though. In Australia, you came even purchase your Y61 with an N-Trek off road package as shown in the photo above. 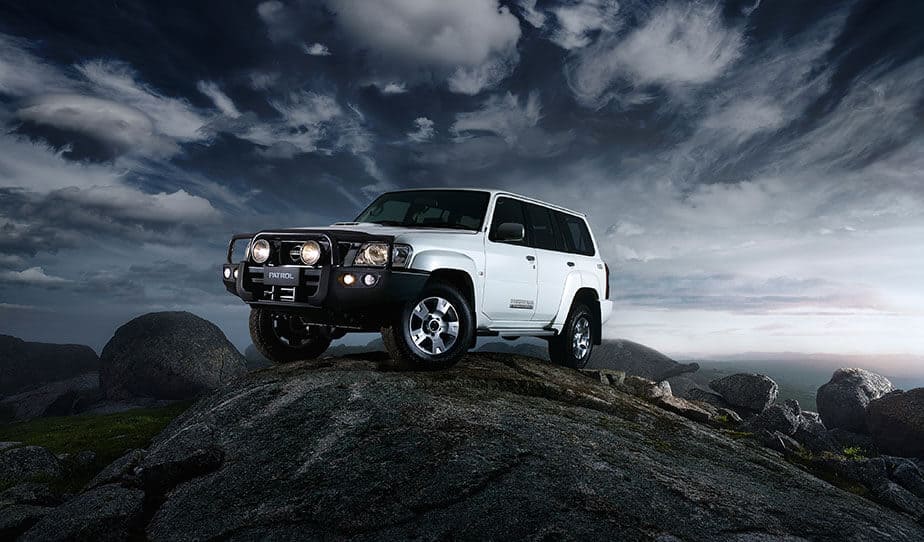 First, if you’re not familiar with Skoda, they’re a Czech manufacturer that built its first car in 1895 and since 2000 has been part of VW. Its tiny Yeti crossover is available with three engine options, the top of the line is a 168 hp turbocharged diesel, with all-wheel drive as an available option. Interestingly enough, there are several transmission choices, up to a 7-speed DSG. Assisting its off-road capabilities are a fully independent rear suspension and an “off road” switch on the dash that adjust accelerator and brake sensitively accordingly, among other things. 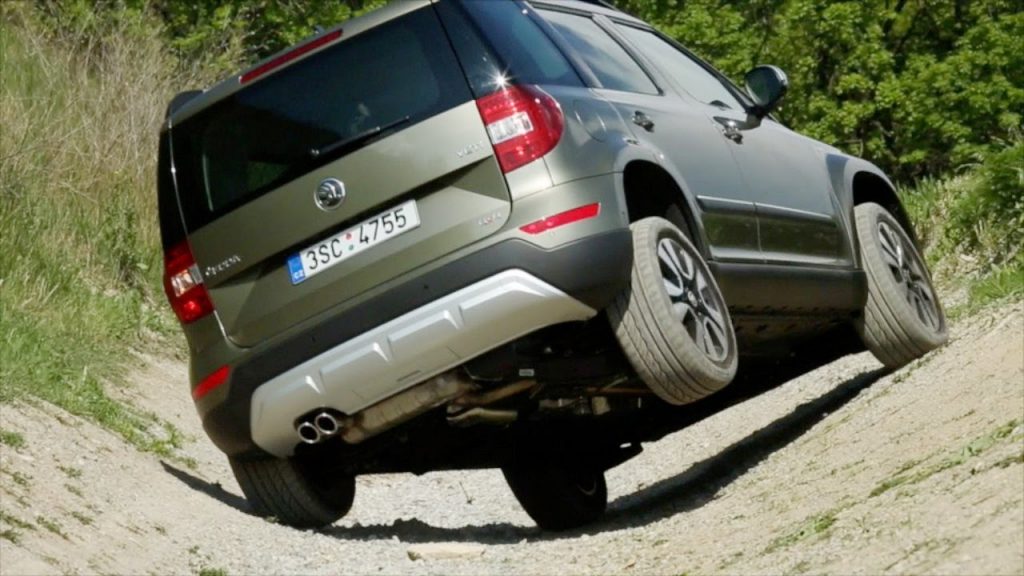 Designed, developed, and manufactured by Volkswagen of Brazil, the CrossFox was developed specifically for the South American market. While it is probably the least capable of the bunch, the CrossFox is priced at around $12,000 US. For that you get the ancient but reliable 1.6 L 100 hp engine and front-wheel drive only in a pretty cool looking small SUV. 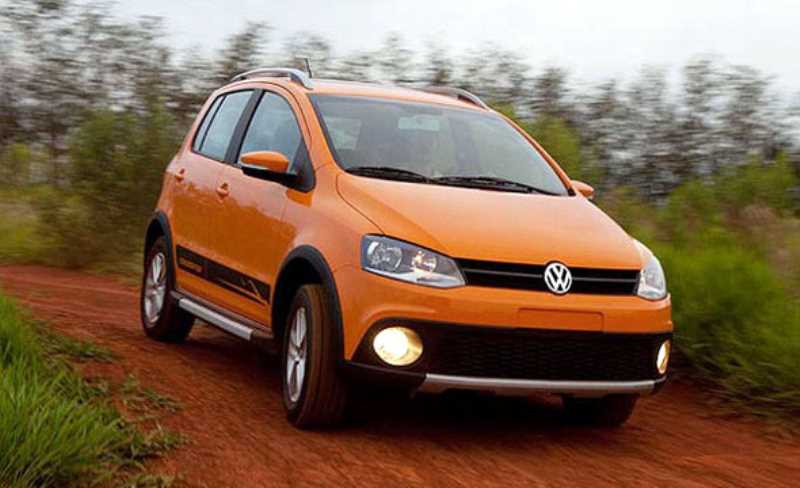