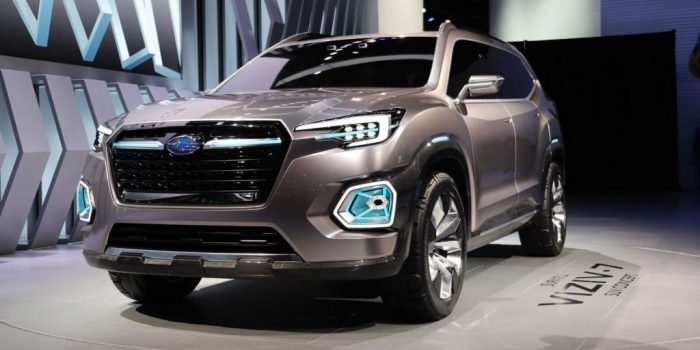 This is the Viziv-7 – a crossover with seven seats. The one that should sell well. The one that should take all the buyers Volkswagen Atlas may have. Only, it is not ready yet. This is a concept car revealed at the Los Angeles auto show that somehow was left in the dark behind all the flashy stuff that included, among others, Rezvani, Alfa, Porsche, and Jaguar. Yet, as we live in such a boring time when everyone just wants a crossover, this one will probably outsell everything. 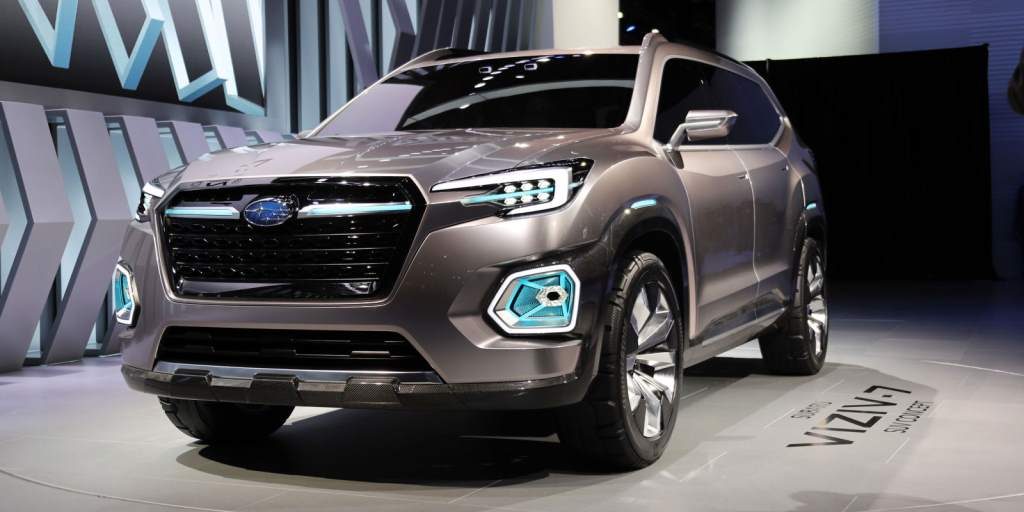 The 7 of the Viziv 7 name stands for the number of seats, and it seems this is also the measure of a modern family. Subaru is looking to introduce a production three row crossover sometime in 2018 and the study you see here is a shape of things to come. It is quite possible the one to be revealed will employ much the same styling and much the same dimensions. It may not be as posh as the Volvo XC90, or the Audi Q7, but the size match. 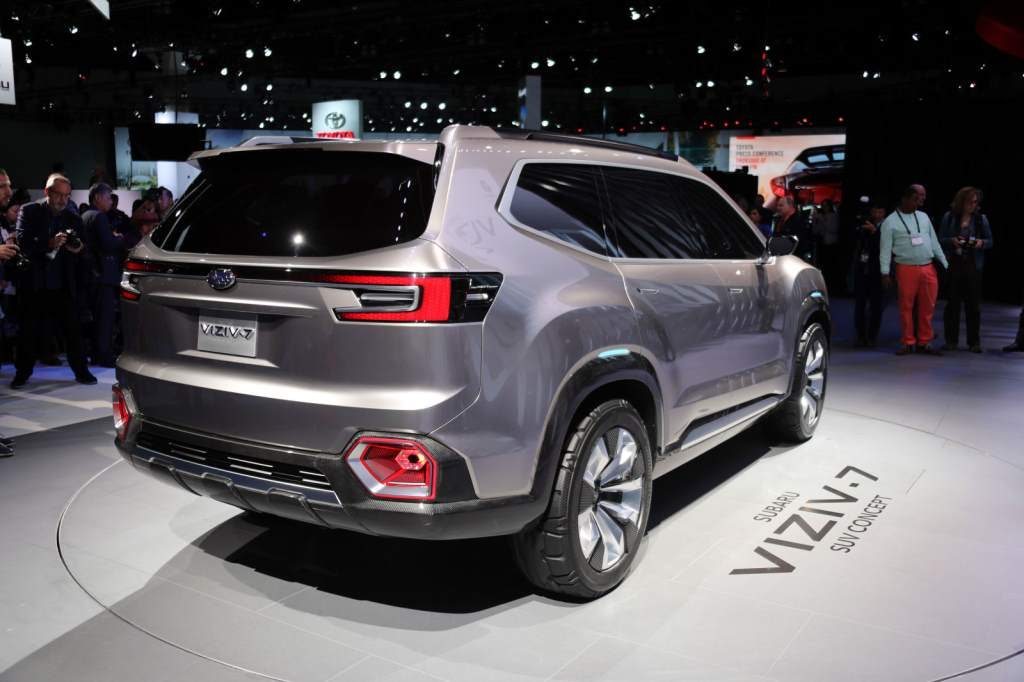 “The concept expresses our core brand values, safety, dependability, capability for outdoor activities and a forward looking attitude,” said Takeshi Tachimori, vice president of the Fuji Heavy Industries. “We know customers in this segment want a full sized vehicle and the next 3-row from Subaru will be the biggest Subaru ever.” 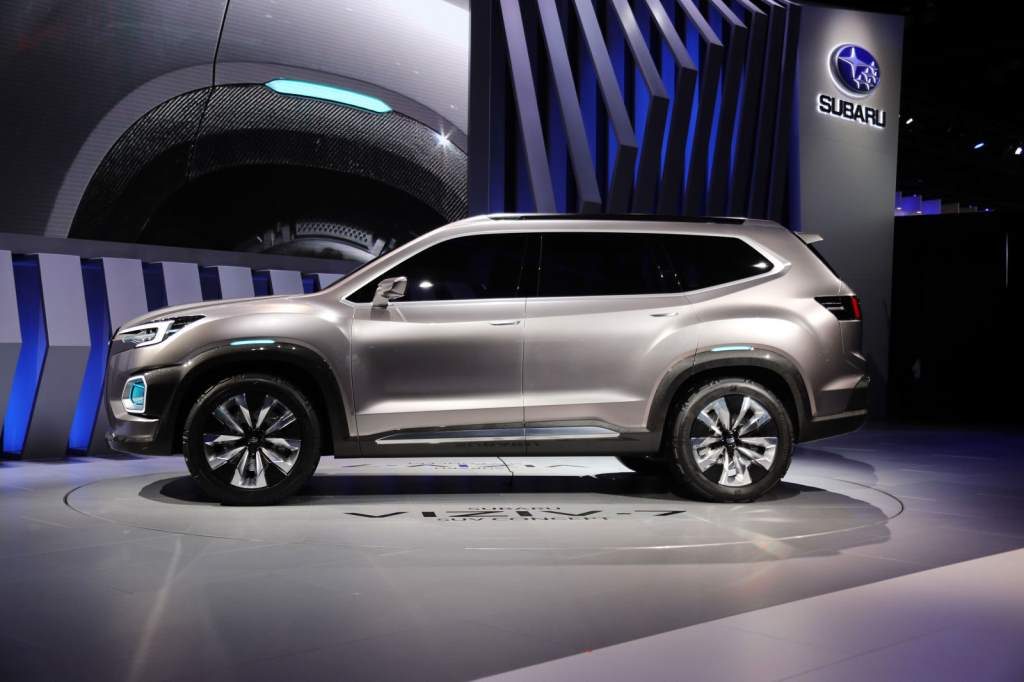 As we all know Subaru did good in recent years with its cars. They sell well and the large family SUV should be a money-making machine. What is especially cool about the Subaru Viziv 7 is its four-wheel-drive system. As any other Subaru, it will come with one as standard. Bear in mind, Volkswagen Atlas has one only as an option. 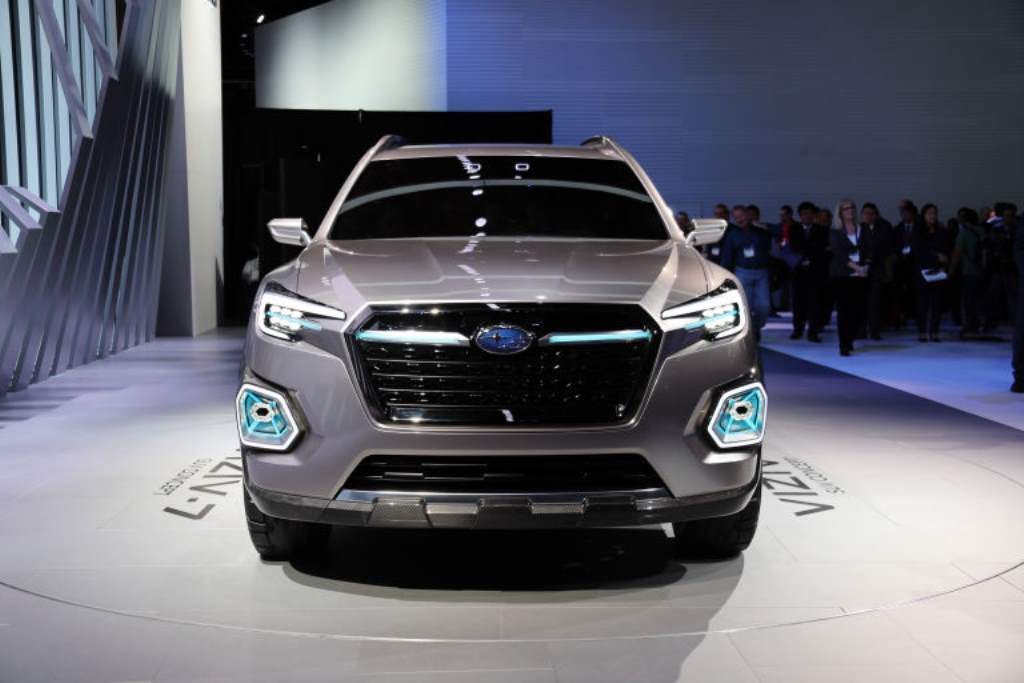 The study did not show us a lot really. We only know the basic shapes it will bring. And also we know the dimensions. They report the Viziv-7 is a bit bigger compared to the Atlas. In numbers, it goes like this: 204.7 inches in length, 79.9 inches in width and 72 inches in height. Wheelbase measure 117.7 inches. Quite a massive car, won’t you say!? It rides on massive wheels too. Subaru reports – 265/55 R21. Production version, on the other hand is more likely to use 18 inch wheels. 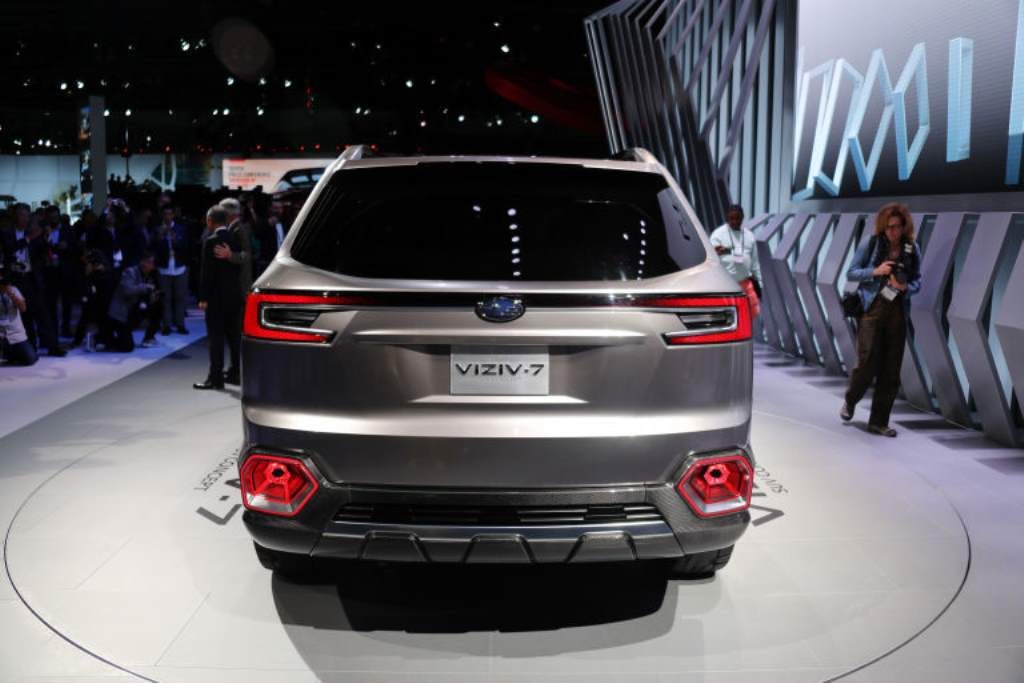 Although Subaru did not actually release much info about the Viziv 7, we are curious could it be that it uses the same global modular architecture they revealed with the new 2017 Subaru Impreza!? Sure, the Impreza is a small compact sedan, and this a huge behemoth, but wouldn’t that be a proper use for a modular platform? We also do not have the faintest idea what will power the thing. A 2.4-liter engine level engine may be too small. The truth is that Subaru is not exactly teeming with larger engines at this point. The most logical assumption is that it will have some sort of an entry four cylinder. Yet, it could get the 3.6L boxer-6 from the Outback model. There’s also a good chance Subaru is probably developing a new one at this point, though.

All in all, the massive Viziv-7 concept is far bigger and we presume, far usable compared to the latest three row Subaru the Tribeca. As for the name, some speculated it will be called the Ascent. After all, Subaru registered the name at the US Patent & Trademark Office.

Whatever it ends up being called, the Subaru Viziv 7 is tapping into a highly lucrative market – one that the Japanese automaker has yet tried to master. Will buyers value the symmetrical AWD system and simpler Subaru interiors enough to ensure the Viziv 7 becomes a sales success when it hits the market? We don’t doubt it.