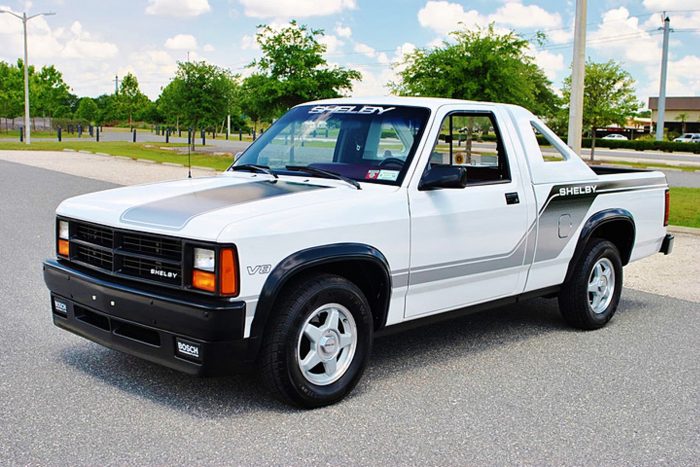 If you’re a Mopar-Chrysler fan, you likely know something about their special edition models over the years. You likely also know that they often didn’t make too much of an effort in order to distinguish a Plymouth from a Dodge. Even some Chryslers were often very similar to their counterparts from other Mopar divisions. Badge engineering was strong with Chrysler – there’s no denying that. However, rare special edition, one-off and limited production models that they made were probably the most colorful among the Big Three. Being special editions, most of them are extremely rare today. Moreover, those that have survived the test of time often command quite a hefty price tag. Here are some of the coolest and rarest Mopar-Chrysler limited option package and special edition cars. It’s often tough tracking and documenting them (especially if they’re extremely limited regional dealership models), so feel free to contribute to the post.

Now that the Mitsubishi Lancer is officially discontinued, it’s the perfect opportunity to reminisce the first generation Lancers which were also offered under the Plymouth badge as captive imports. Actually, Celeste – a hatchback version of the Lancer – was. The name given to the import would be Arrow and one of the most interesting packages that came with it would have to be the Fire Arrow. It was the sportiest of all special edition Arrows with 2.6L engine pushing 105 horsepower due to the strict emissions regulations. It also had the 5-speed tranny and four-wheel disc brakes. At least in 1979, it did. 1980 brought a number of changes including additional colors and optional 1.6L and 2.0L fours. Original white Fire Arrow, however, would remain exclusively offered with the 2.6L in-line four Mitsubishi Astron. It would also be one of the cars with the best power to weight ratios of the time. 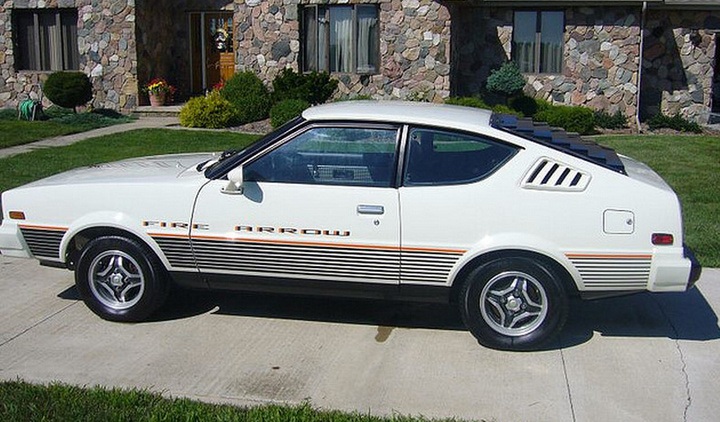 Duster was actually a coupe version of the Plymouth Valiant, and as such, it was the prime candidate for special edition packages and limited run edition makeovers. In accordance to that, there were numerous special edition Dusters throughout its 7-year long production stint. Twister, Gold Duster, Silver Duster, and Space Duster were only a few. Our pick of the day is the Feather Duster.

No, it wasn’t overly expensive cleaning implement. It was actually a lightweight package introduced during Duster’s last year with both performance and fuel economy in mind. Feather Duster implemented aluminum parts like intake manifold, hood, bumper brackets, and transmission housing (manual) in order to save some 200 pounds of weight. It also had the second smallest 225ci slant six engine available in the lineup, and fuel efficiency of 24 mpg in the city and 36 mpg on the highway. Solid enough even for today’s standards. Dodge version of the car was called Dart Lite. 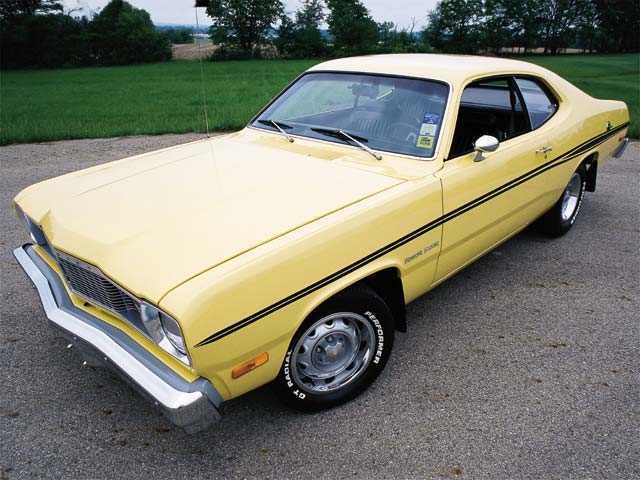 Bengal Charger was introduced as a limited 50-unit run in order to commemorate the forming of the Cincinnati Bengals. Bengals and second-gen Charger were both new for 1968, and local Dodge dealer Tom Kneer took the opportunity to create his own special edition Charger. It featured Bengals colors through and through with PPG 60326 used as a base. Kneer dubbed the color “Tiger Orange”. Furthermore, Bengal Charger had the black roof and black stripes around the rear-quarter panels and the trunk. Other than that, there were the blacked-out grille and custom-made fender badges with Bengal lettering. It could have been ordered with any Charger engine, but none of the 50 was ordered with the Hemi Elephant powerplant. Only two of them have survived to date which makes them some of the scarcest muscles in existence. They’re truly endangered species. Just like the Bengal tigers. 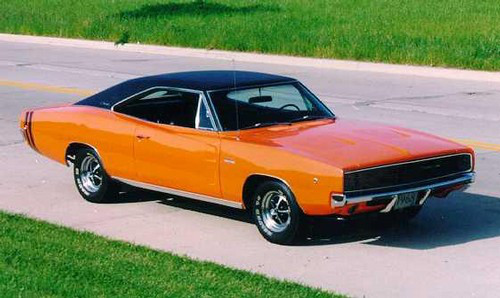 Part of the revolutionary first generation Dakota mid-size truck, Shelby Dakota was its high-performance version. It came with 5.2L V8 making 175 hp and 270 lb-ft of torque, but not before some corrections were implemented. Being a V8 (regular Dakota came with a V6), the engine took the space otherwise used by the cooling system. Engine-driven cooling fan that slotted between the block and the radiator was scrapped in favor of electric fan on the frontal side of the radiator. This is what gave the engine those additional 5 horsepower. Only 1,475 of them were ever made (995 in red and 480 in white), and it was Carroll Shelby’s first rear-wheel drive vehicle since the sixties. 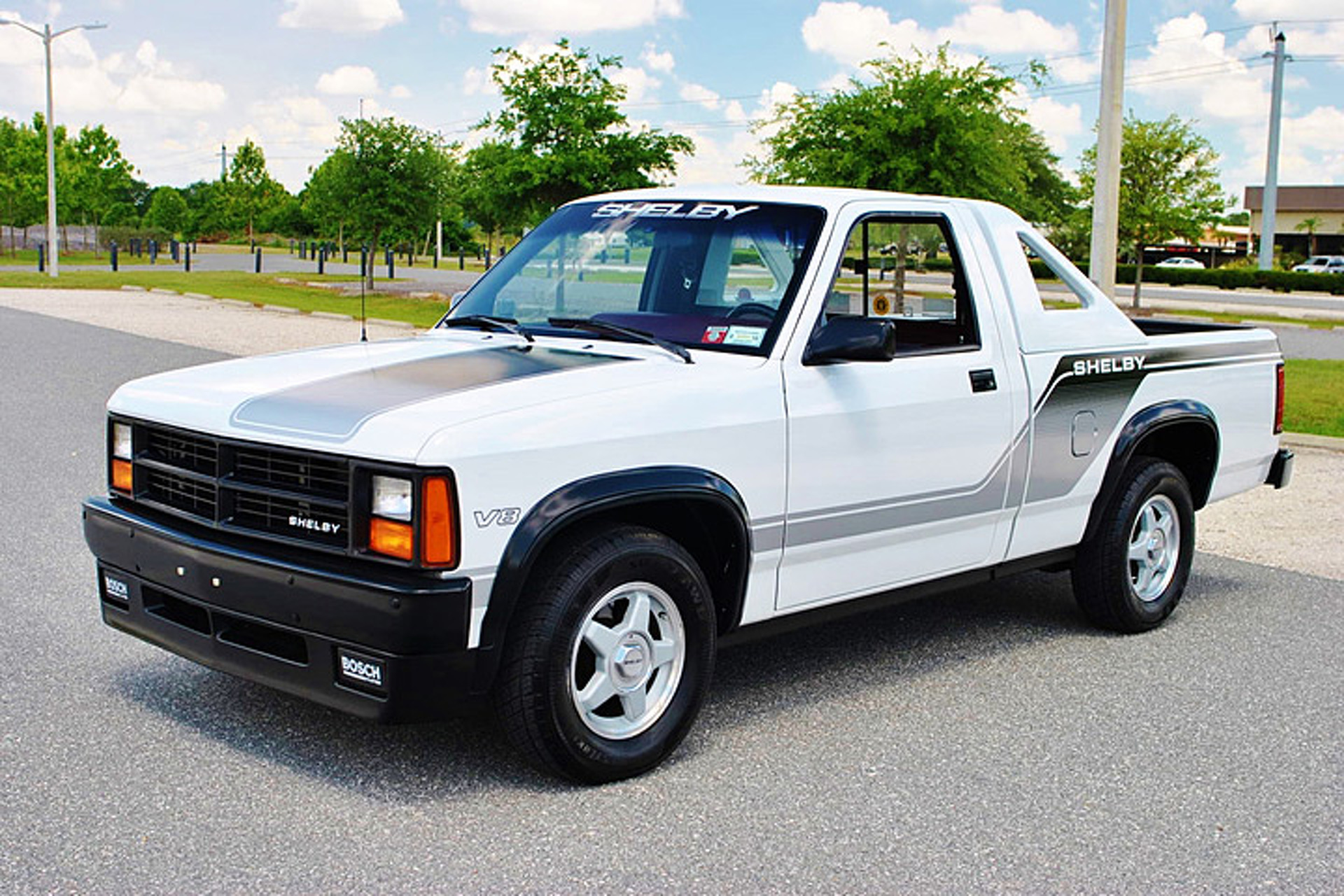 Although fifth-gen Plymouth Fury wasn’t really that rare, some of its special editions were. Here are two regional specials from fifth-gen’s first production year. Plymouth Fury Snapper was based on Fury III two-door hardtop and commanded the starting price of $2,789. Mid-year specials weren’t at all rare, but this spring special was. It had deluxe interior, deluxe wheel covers, gold paint job, turtle-shell vinyl roof, and turtle image on the C-pillar. Plymouth Fury Diplomat was a regional special commissioned by Toledo, Ohio dealer, and offered as 1969 and 1/2 model. It was essentially a Fury coupe with Sport Fury badges priced at $2,445. It’s these extremely rare limited edition models that are toughest to track as none of them is probably alive anymore. 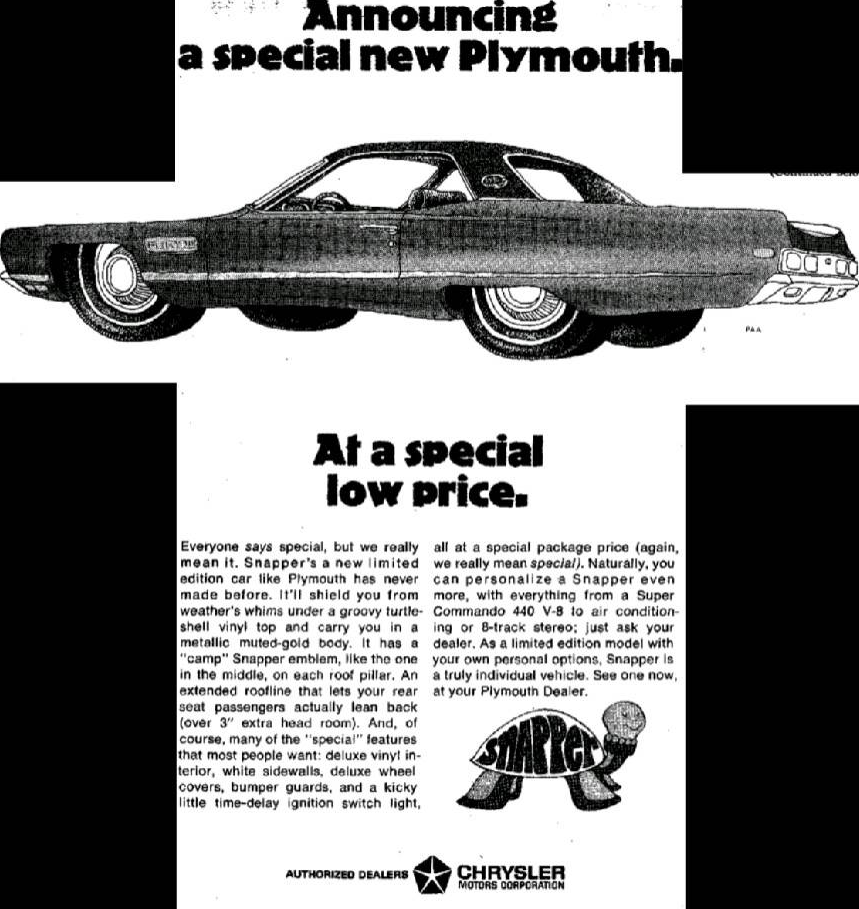 Midnite Express was part of the “Adult Toys” lineup of the late seventies. It was essentially a Dodge Warlock in black paint job. But wait. That’s not all. In order to distinguish your Midnite Express pickup from the Warlock pickup, you also needed Dodge Lil’ Red Express parts. Mainly its semi truck exhausts, gold pin stripes, and door decals. Unlike the Lil’ Red Express, Midnite Express could have been ordered with any D Series pickup engine, provided it was a V8. Most of them ended up stuffed with the 440ci Magnum, and there’s really nothing wrong with that. Production numbers were so low that official figures contradict. It seems that around 270 of them were produced, and very few are still here to tell the tale. 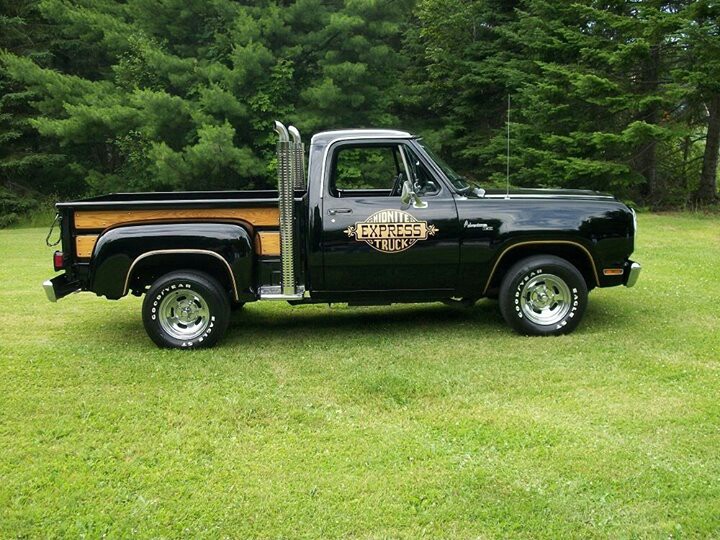 When it was introduced in 1971, Dodge Demon was intended as badge-engineered Plymouth Duster that would slot in the Dodge Dart lineup. Religious zealots quickly jumped at the first mention of its name and Demon nameplate was killed off the following year (although the car itself would continue on until 1976 as Dart Sport). Before all that happened, however, there was the mid-year spring package for the Demon, called Sizzler. Sizzler offered 14 optional pieces, 6 of which were “no charge” options including the unique blacked out hood, rallye wheels, side tape stripes and rear deck panel tape treatment from Demon 340, and color-keyed grille collar. Standard engines were either 198ci slant six or 318 ci V8, while 225ci slant six was optional. 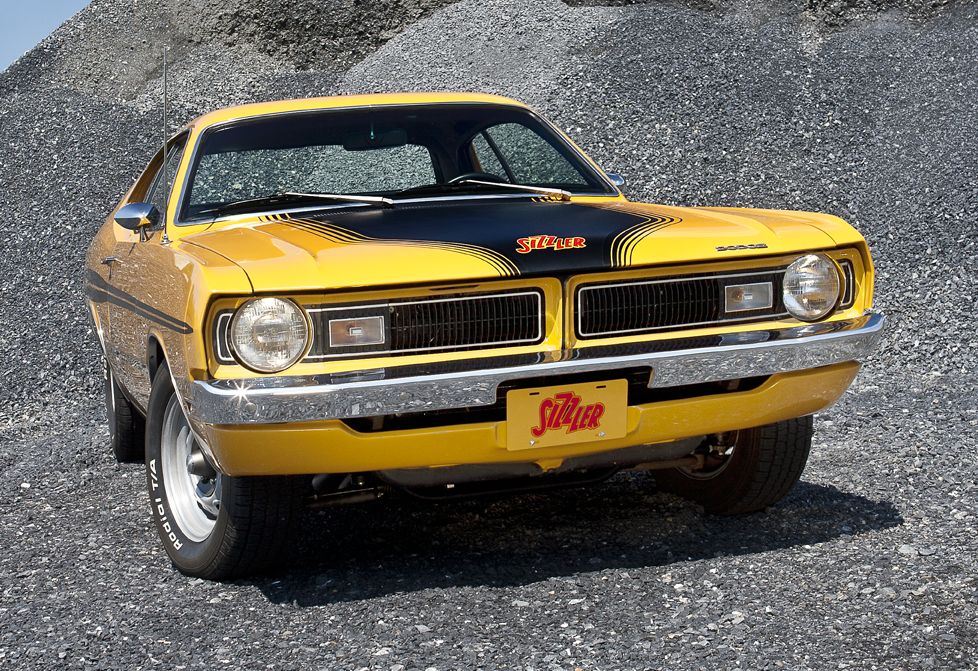 1975 Dart Hang 10 was based on ’73 and ’74 Convertriple option of the Dart Sport which offered fold down rear seat and manually operated metal sunroof. Hang 10’s main target buyers were supposed to be the surfers. Even the name was a surfing expression. Hang 10 too had the mandatory sunroof and fold-down rear seat ideal for surfing boards. Moreover, it was exclusively offered in Eggshell White with red and blue stripe and wave-riding surfer graphic on the rear-quarter panel. Interior mixed things up with orange carpet and accents, and rainbow-like seats and door panel accents. 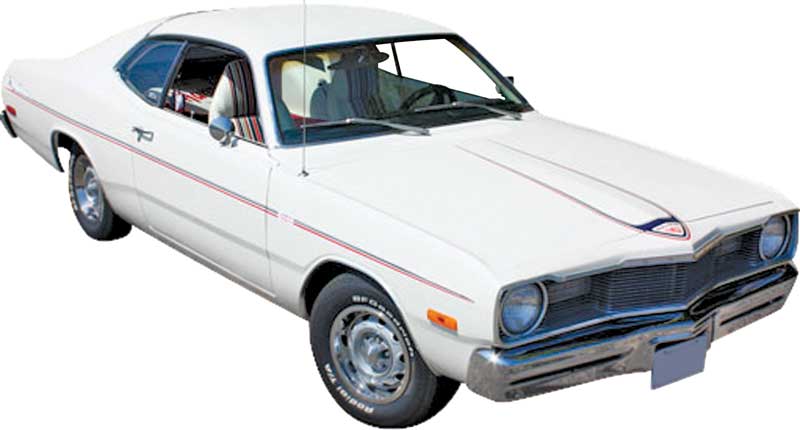 “The Dude” was a muscle lifestyle truck that came before most known muscle pickups as a part of then new Sweptline lineup. Officially dubbed the “Dude Sport Trim Package”, “The Dude” wasn’t that different than conventional D100 trucks. It differed thanks to unique decals and body-side C stripe that could have been offered in either white or black, and stretched across its entire body. 245-horsepower 383ci V8 was Dude’s only available engine. Of some 73,000 Dodge D100 pickups produced during those couple of droughty years, only 1,500 to 2,000 were ordered with “The Dude” package. That alone makes them rare – needless to mention that very few have survived to date. Even rarer were Canadian Dudes marketed under the Fargo badge. 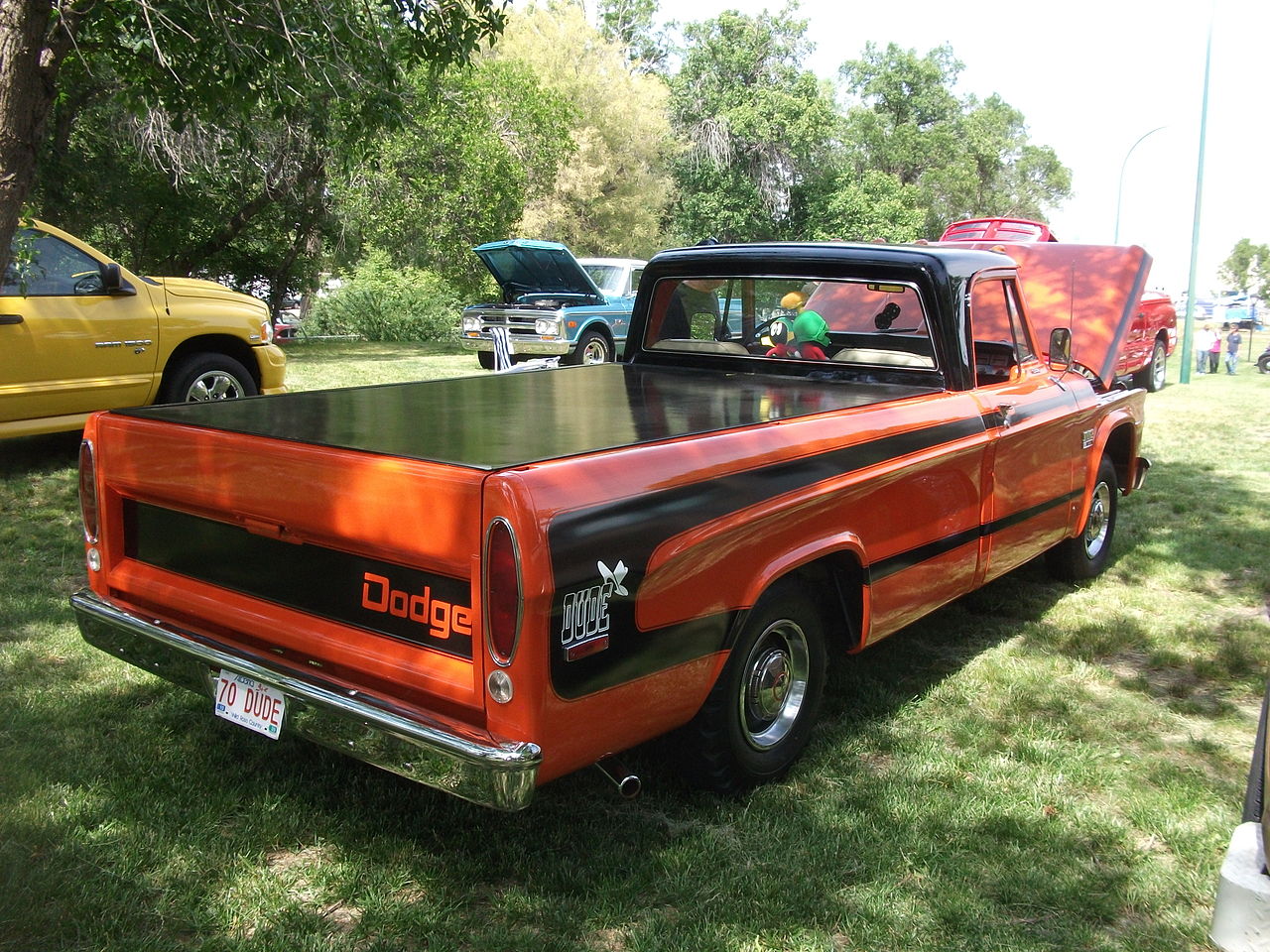 Dodge Omni 024 already differed enough from the regular Omni due to its unique frontal fascia which would later become a base for the Dodge Rampage/Plymouth Scamp and the Dodge Charger L-Body. De Tomaso package also distanced the car from conventional models by applying either Graphic Red or Bight Yellow paint, and adding blacked-out louvers, grille, rear end, and lower paint. It was exclusively offered with 84-horsepower 2.2L in-line 4-cylinder engine which was enough considering how light the car was. Omni 024 was one perky and fun to drive car, but it was also prone to rusting. And that’s an understatement. Good luck finding one of 1,952 produced during those two years. 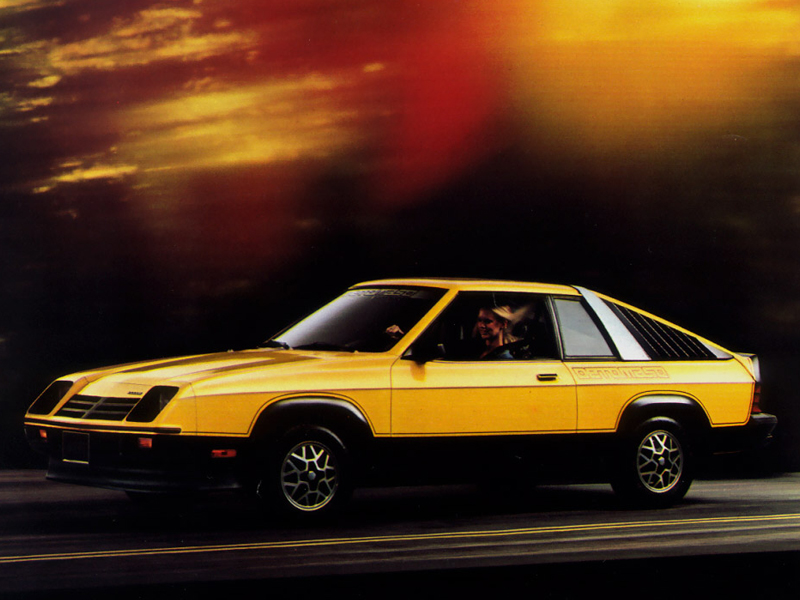 With denim being so popular back in the day, it didn’t come as a surprise Chrysler tried to cash in on the trend. They devised the Jean Machine special edition for Dodge pickups of the day which utilized denim theme inside out. More outside than inside, though, since the seats weren’t really covered in denim. They did, however, have the orange piping around the edges. Exact production numbers are unknown, but it is believed less of these than Warlocks or Lil’ Red Express pickups were produced. Needless to say, this makes Jean Machine-themed trucks as rare as they come. 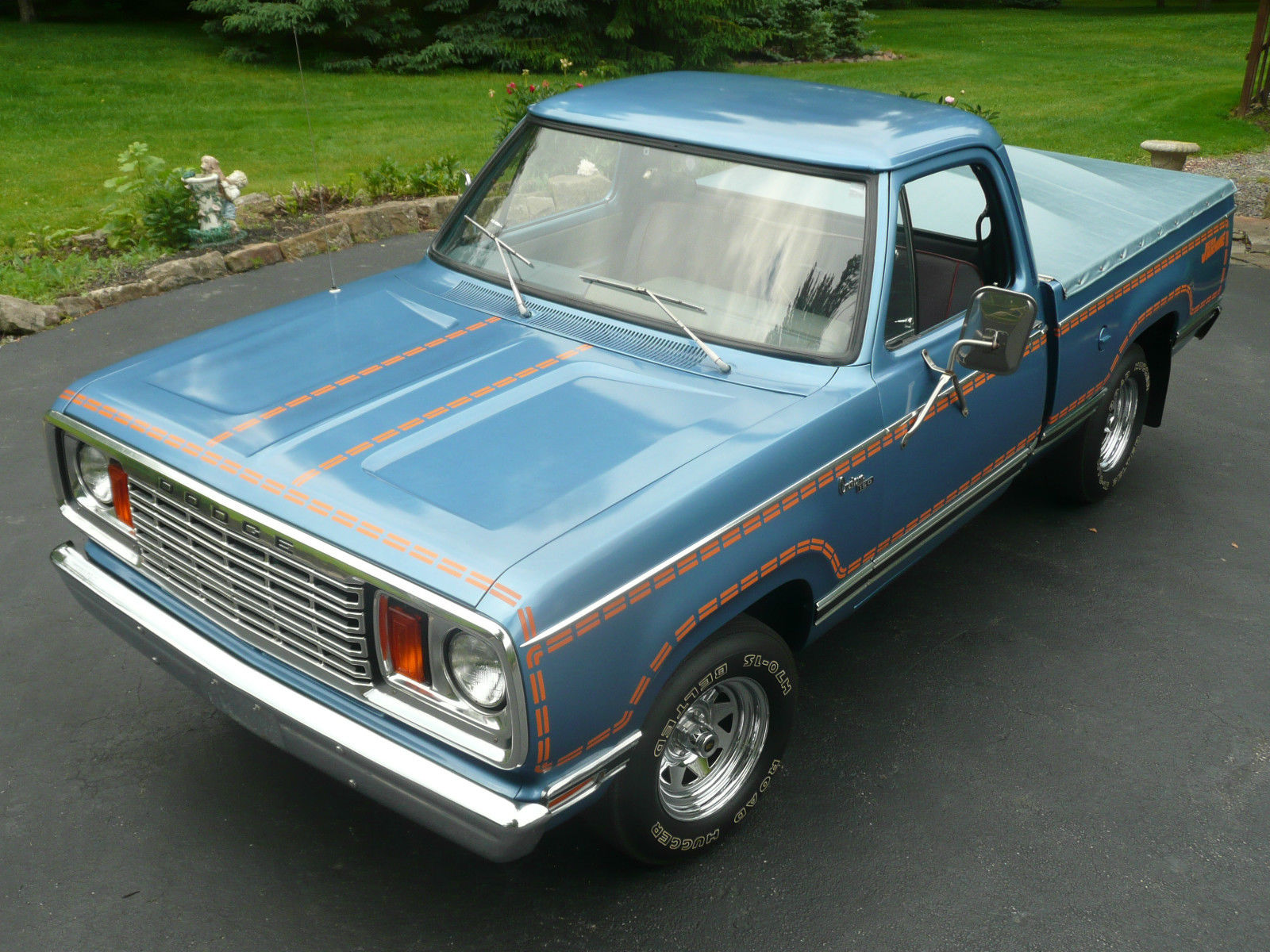 Hemi GTX package for the third generation Dodge Ram was a throwback to the early seventies. It celebrated what’s arguably Mopar’s biggest contribution to the automotive world – the 426ci Hemi V8. Package was offered with both regular and quad cab short box pickups. Both 2WD and 4WD were available, and so were Mopar’s High Impact colors like Hemi Orange, Plum Crazy Purple, Sublime Green, and Banana Yellow. Exterior also included the hockey stick stripe, 20-inch American Racing Motto chrome wheels, and blacked-out cowl hood. 5.7L Hemi Magnum V8 packing 345 horsepower is what powered it. Only 433 of them were produced in 2004 and similar number of units followed the next year. 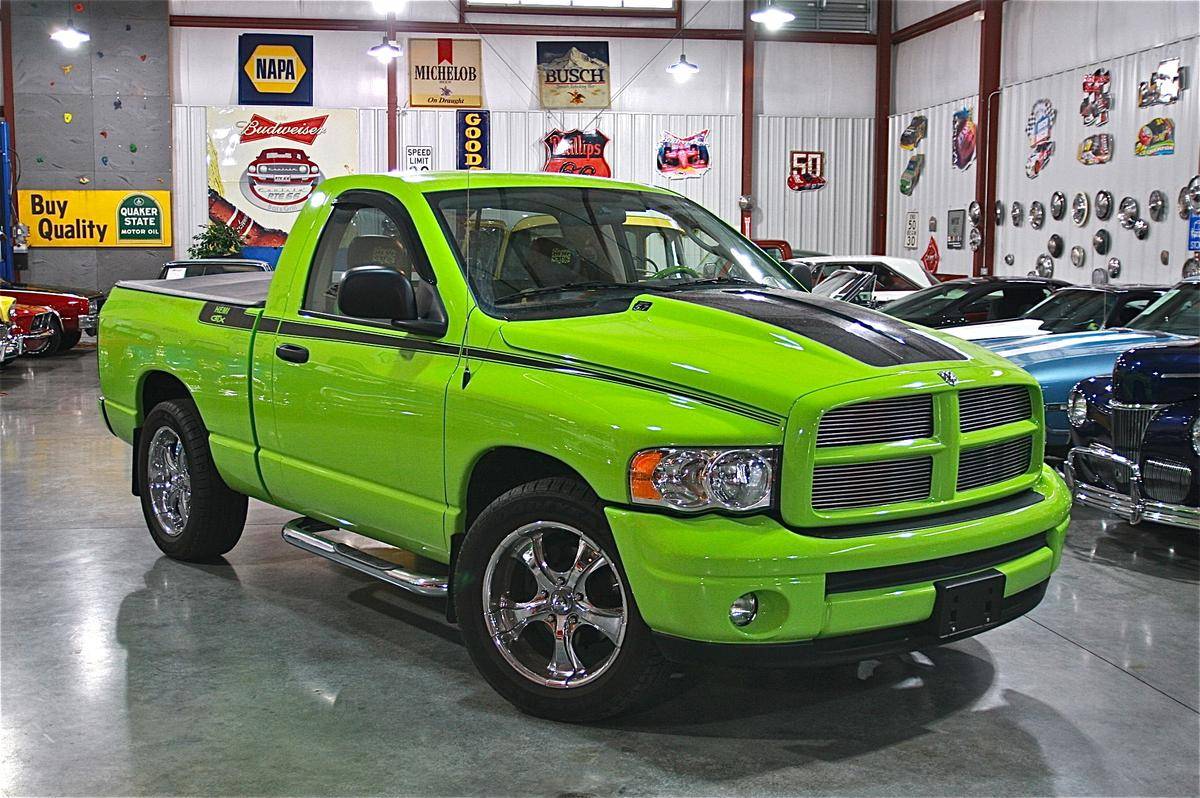 Nothing unique or rare with Chrysler Cordoba, right? Except this one’s a limited model produced only in ’79, which came with non-letter Chrysler 300 series’ cross-hair grille. It was offered almost exclusively in Spinnaker White with some 30 models painted Rallye Red. Cordoba 300 coupe was powered by 195-horsepower 360ci 5.9L V8 mill with a four-barrel carburetor. Only around 2,900 were produced. Although it was intended for it to continue to the next generation Cordoba, the 300 was scrapped. Instead, new J-Body Cordoba received the LS option with similar grille. 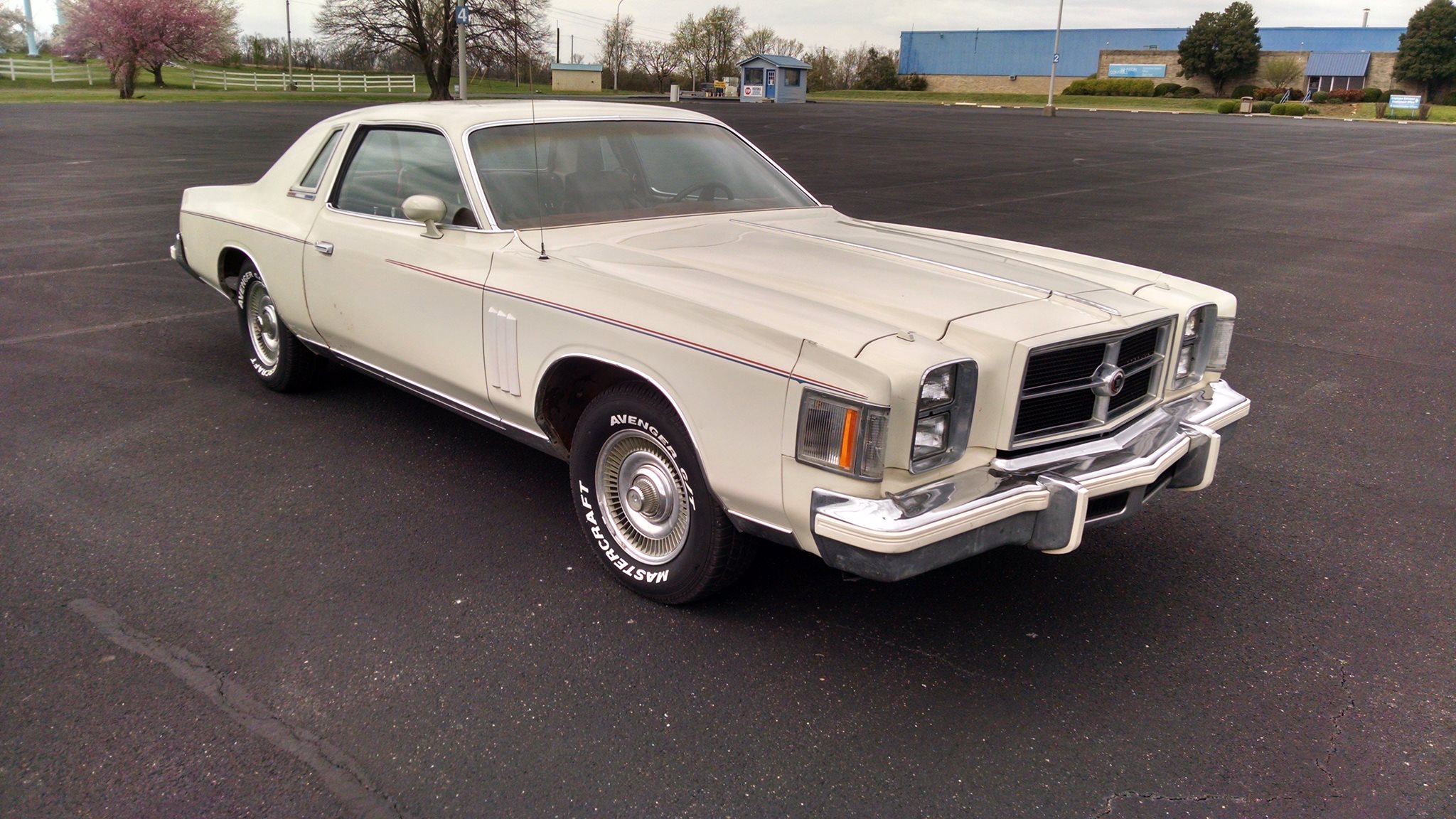 It’s the last generation of the original B-Body Charger that we’re talking about here. Not the famous 1969 Charger Daytona NASCAR homologation. While using such a cult name on generally uninspiring car might seem like affront to everything Charger used to stand for, Daytona package actually looked cool. Two-tone paint job separated the roof, hood, rocker panels and trunklid from the rest of the body in late ’75 and throughout ’76. Same thing happened with the roof and fenders for ’77. All three engines (318ci, 360ci, and 400ci) were available, but transmission choices were limited to the 3-speed auto. Cordoba clone which most people deem unworthy of the Charger nameplate never caught up however, and was quickly replaced with Dodge Magnum. 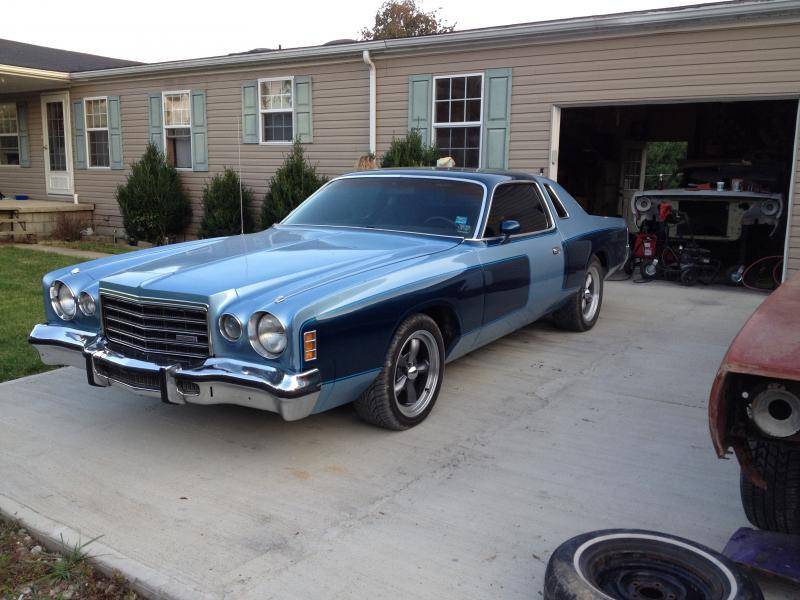