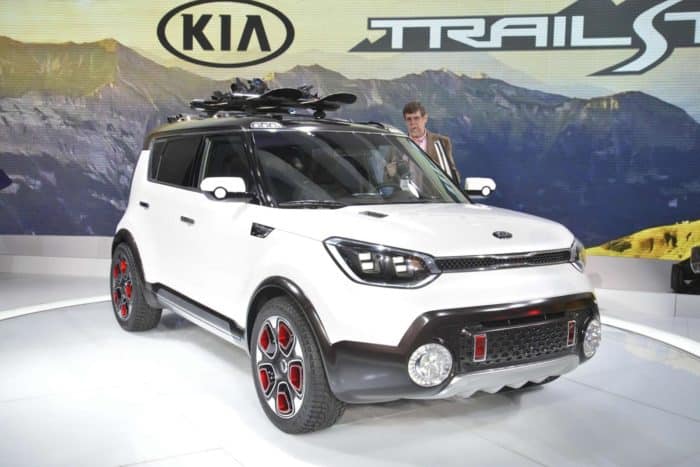 Ever since Kia revealed the first MPV Soul, which was a more of an “MPV-SUV-Crossover-Thing-Vehicle”, its buyers had one small secret – they liked Kia’s original offering but what they really wanted was a four-wheel-drive version of it. Think about it – the Kia Soul is a fairly nice-looking compact MPV. It has a roomy interior, styling that is not so dull and uninspiring like some of its competitors, and it can even be ordered with some pretty solid features. The sales aren’t great, but then again, who would think that they would be? However, the sales were strong enough for Kia to introduce a second-gen vehicle and now, introduce an amazing concept called the Trail’ster. 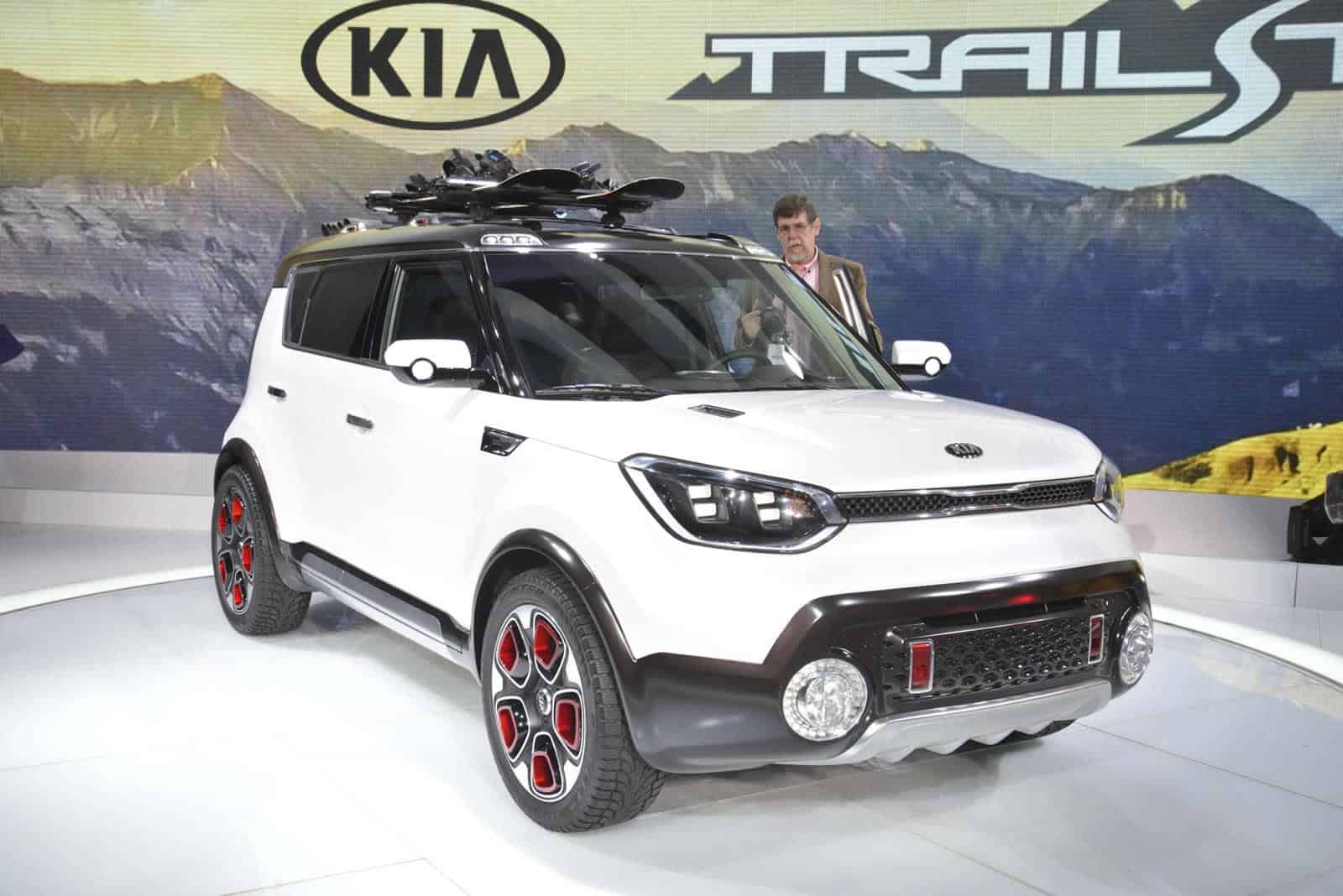 Revealed at the Chicago Auto Show, the Kia Trailster concept manages to capture the essence of the adventurous spirit Soul owners might have. It has a pearl white color, 19 inch alloy wheels, a body kit consisting of plastic covers that should protect the car in less-than-ideal environs (such as slightly challenging roads), and a roof rack that can carry all kinds of gear for adventurers. However, none of this would make any sense if there is no four-wheel drive option. Luckily, the Kia Trail’ster is here to correct that. 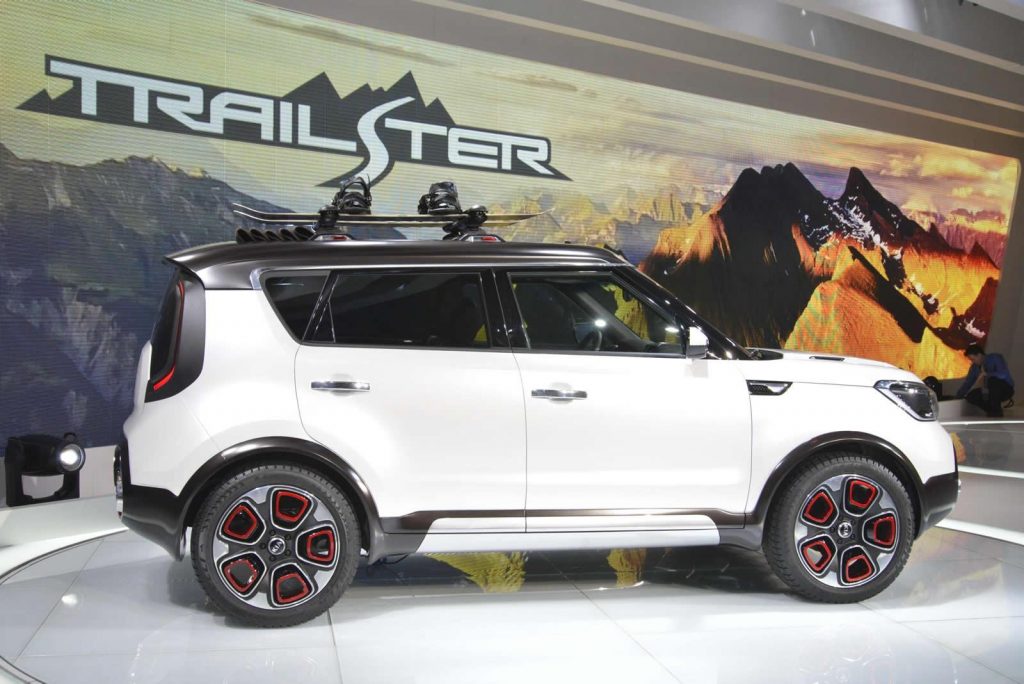 The propulsion system in the Kia Trail’ster consists of a 1.6-liter turbocharged petrol engine which develops 188 HP and 185 lb-ft of torque. That engine powers the front wheels, but at the back, the innovative Trail’ster features a 36 hp electric engine which generates an additional 100 lb-ft of torque. As there are no differentials or mechanical setups connecting the front and rear motors, the weight of the concept has been kept at a minimum. Of course, the electric engine sources its power from a 1.2 kW battery pack and, amazingly, this enables the car to travel using only electricity for two or three miles (of course at fairly low speeds). 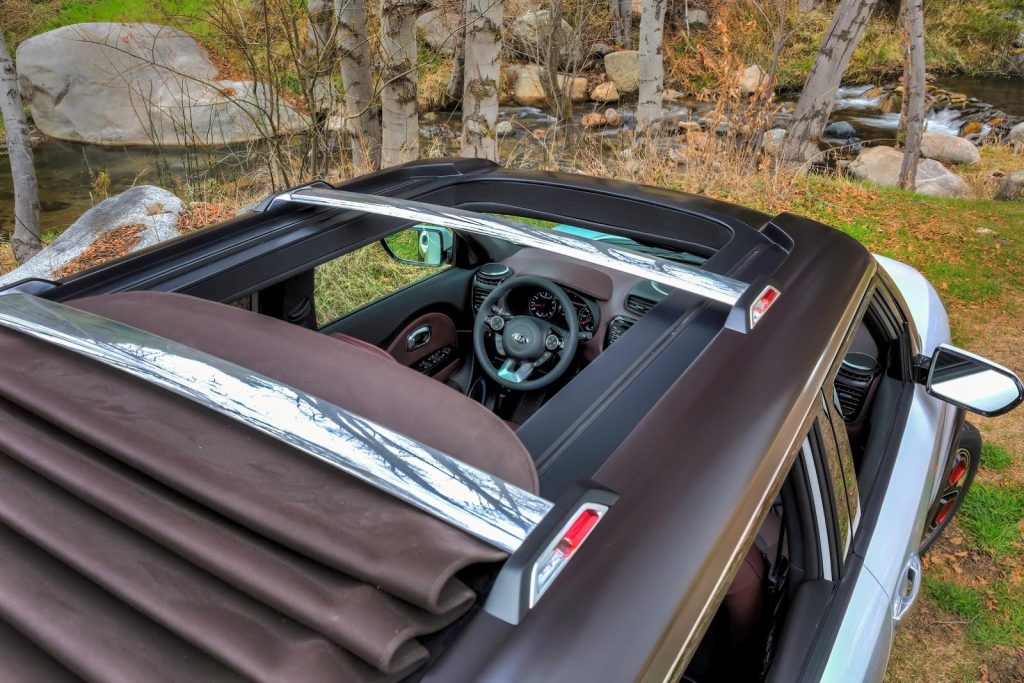 The more important feature of this setup is that the rear-mounted engine provides power for the back wheels, thus making the Trail’ster a four-wheel drive car. It seems that the complex electric sensory system monitors every movement of the wheels and, in accordance to the current needs, delivers maximum power to the back or front wheels.

A similar system is actually used by the European Peugeot in some of its MPV styled vehicles. Apart from providing the Soul with four-wheel drive, the hybrid system certainly helps lower fuel consumption. According to the official press release, the system lowers fuel consumption by 25-30 percent in the city while consumption on the highway is lowered by 5 to 10 percent depending on the conditions. The electric engine serves as a generator when decelerating, too. 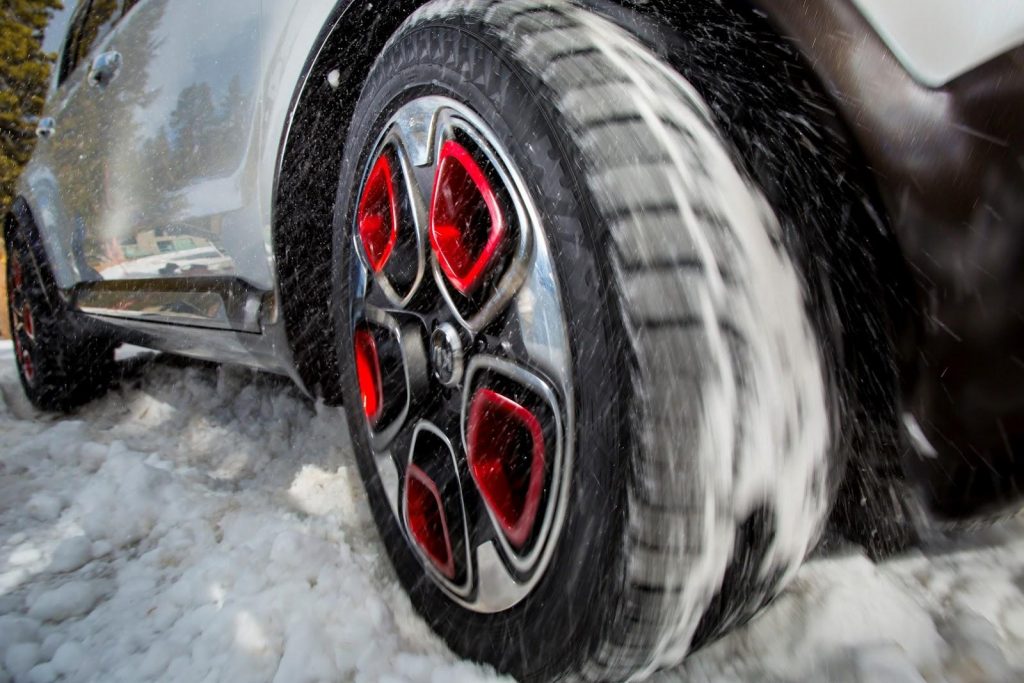 Even though the Kia Trailster is still a concept car, it is widely known that this car will overgrow the concept stage and evolve into a full-fledged AWD Soul. We do not know if the production Soul is going to receive all the tech from this concept or just some of it, but we wouldn’t be surprised if it made out like a bandit in the end. The Trail’ster is already ready to roll and the pictures Kia revealed online show that the four-wheel-drive Kia is basically a production-ready vehicle. We wouldn’t be surprised if we see a series production vehicle on the road in a few months. 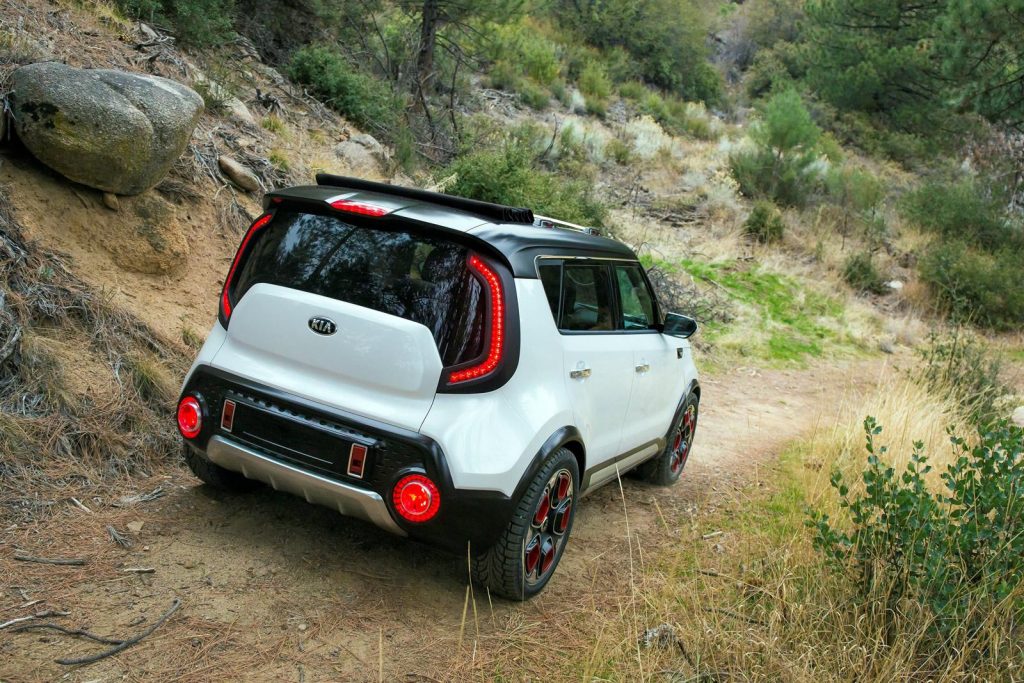