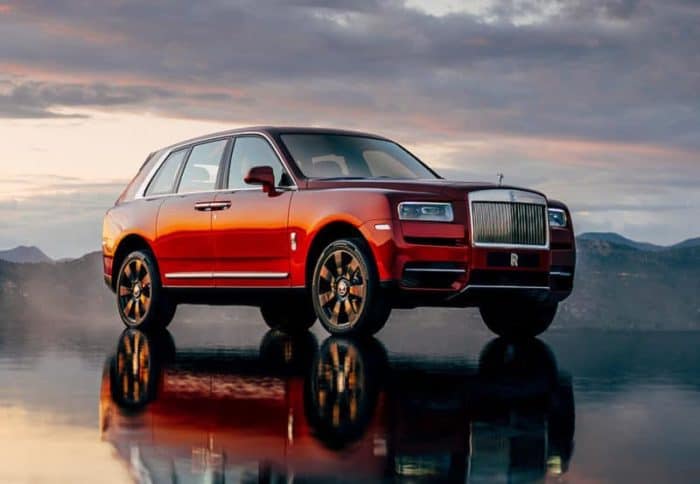 The iconic British ultra-luxury automaker is enjoying life under the BMW Group’s reign. Being a subsidiary of such a prolific manufacturer has given them access to shared technology, know-how, and most importantly, platforms upon which to quickly and seamlessly expand their range if and when necessary. An SUV of their own has become one such necessity for ultra-luxury automakers in recent years, and thanks to BMW, Rolls-Royce has been able to answer the call. The all-new Cullinan SUV has helped the venerable brand achieve the best sales record in its 115-year long history, but its impact is yet to be felt in full extent. The forthcoming 2020 Rolls-Royce lineup is sure to build on that success – especially since the mentioned Rolls-Royce SUV is expected to hit full stride by then.

The Rolls-Royce Motor Cars division has sold exactly 4,107 models across the globe throughout 2018 which is a 22.2 percent increase compared to 2017. Although exact figures for separate markets haven’t been disclosed yet, Peter Schwarzenbauer – the BMW AG board member responsible for Mini, Rolls-Royce and BMW Motorrad – said that all separate markets had exhibited growth during the stated period. This would mean that Rolls-Royce’s total U.S. sales are higher than 1,373 units which the company had reported for 2017.  This means that the U.S. market still accounts for around 30 percent of Rolls-Royce’s totals, effectively making it the most important single market for the German-owned British brand.

Apart from the recently introduced all-terrain Cullinan SUV, MY 2020 will bring us a number of other redesigned Rolls Royce models like the new Ghost. Let’s take a closer look at the Rolls Royce range for 2020 which should, as always, represent the ultimate selection of forthcoming 2020 luxury cars.

The latest and most unorthodox addition (thus far) to the Rolls-Royce lineup has immediately received accolades reserved for the most luxurious SUV out there. And rightfully so, because for some $325,000, you get pretty much anything you could have hoped for from a large luxury vehicle and more.

The thing is, precious few people will decide to leave their Cullinans “bare-boned” which is understandable. Since they’ve already spent a small fortune on it, why not take another step and give it even more pizzazz?

Even the base models offer no fewer than 21 different interior colors (all leather of course) and 8 different wood trims. At the same time, the exterior can be treated to no fewer than 32 color choices and 5 different wheel designs. Although capable off-road, the Cullinan is still best-utilized on pavement where it offers a dreamy ride worthy of its legacy.

There’s only one engine under the Rolls-Royce Cullinan’s hood. A 6.75L twin-turbo V12 cranks up as much as 563 horsepower and 627 pound-feet of twist, but it’s the powertrain’s silent demeanor that impresses the most – not its output.

Paired to the 8-speed ZF automatic gearbox which routes all that power to all four corners, the Cullinan manages to hit 60 mph from a standing start in just 4.8 seconds on the way to its electronically limited top speed of 155 mph.

It’s actually quite commendable for a vehicle tipping the scales at around 6,000 pounds. Of course, it’s not exactly the “greenest” of vehicles on the market. Rated at 12 mpg in the city and 20 mpg on the highway, the Cullinan does just as you’d expect from a Rolls. I expect not a single future Cullinan owner will lose much sleep over that fact, though. 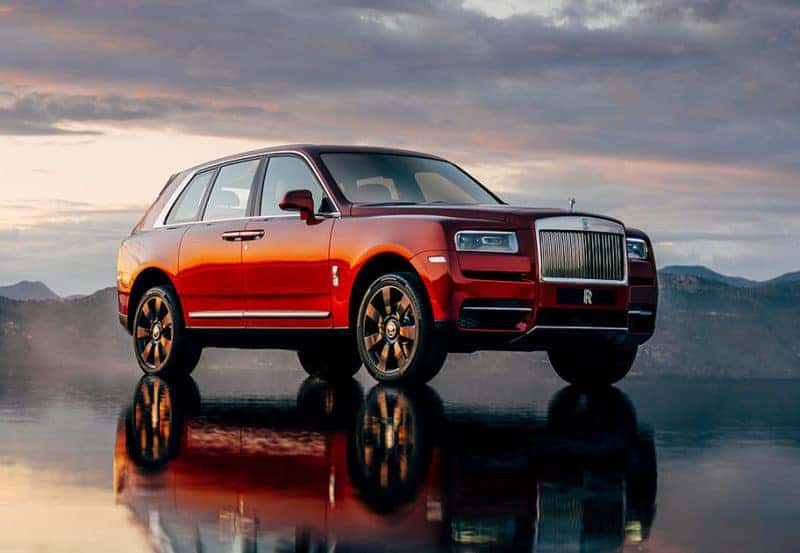 Named after the legendary Silver Ghost from 1906, Rolls-Royce’s 4-door sedan has been providing ultimate luxury for exactly a decade now. The 2020 Rolls-Royce Ghost is fully redesigned and built anew from the ground up.

Previously built on the BMW 7 Series platform, the next-gen Ghost rides on Rolls-Royce’s in-house underpinnings dubbed the “Architecture of Luxury” that should help it develop a new identity. The new model is still a large 4-door sedan and an entry level to the Rolls-Royce range with prices starting from around $315,000 or thereabouts.

Although it retains much of its original boxy shape while adopting some of the new Phantom’s cues, the next-gen Ghost offers a completely overhauled interior with company’s new infotainment system as its centerpiece. Most importantly, the new Ghost will enable the Wraith coupe and Dawn convertible to undergo a similar transformation in the near future.

As before, the entry-level Rolls-Royce offers only one powertrain option. As is the case with the remainder of the Rolls-Royce lineup, the engine in question is a twin-turbo V12 mated to an 8-speed automatic gearbox, but 6.75L in displacement this time. There’s also a possibility of the new Ghost adopting an all-wheel drive config making it the first ever such Rolls-Royce – excluding the Cullinan SUV, of course.

The final power output comes to 563 horsepower and 664 pound-feet of rotational force. That’s not all as the Black Badge models provide additional 40 ponies, effectively raising the Ghost’s output to over 600 horsepower. 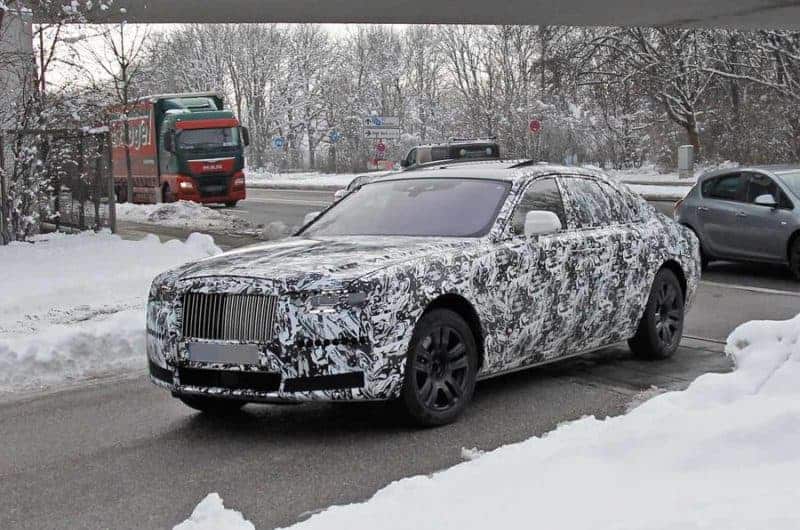 Sitting atop the Rolls-Royce range for nearly a century, the Phantom is one of the most coveted and respected nameplates in the auto industry. Sadly, its exorbitant starting price of $450,000 means precious few people are able to enjoy its splendors.

The ultra-luxury full-size sedan was only recently fully redesigned after its predecessor ran relatively unchanged for almost a decade and a half. The eighth-generation Phantom represents the pinnacle of Rolls-Royce evolution and a status symbol unlike any other car in the automotive world. The new Phantoms are not only more luxurious and refined than their predecessors but more advanced in every way conceivable.

They also provide an even smoother ride than Phantoms of the past. Of course, there’s always a way to further elevate what they bring to the table. The extended wheelbase Phantom, which starts from around $500,000, is one of them, but most Phantom buyers opt for one of the numerous bespoke improvements that raise their prices sky high without blinking an eye.

As is the case with the entire Rolls Royce lineup, there’s only one engine available with the Phantom VIII. The company’s 6.75L twin-turbocharged V12, however, cranks up 563 horsepower and 664 lb-ft of twist in this instance.

An 8-speed automatic transmission and a rear-wheel drive setup means that the 5,650-pound regular Phantom accelerates from 0 to 60 mph in 5.1 seconds, while the 100-pound heavier and 8.6-inches longer extended-wheelbase Phantom requires one-tenth of a second atop of that.

Fuel economy is locked at 12 mpg in the city and 19 mpg on the highway but that’s a relatively unimportant bit of info for prospective Rolls-Royce Phantom owners. Probably as unimportant as the salary they’ll be paying to their chauffeurs every month. 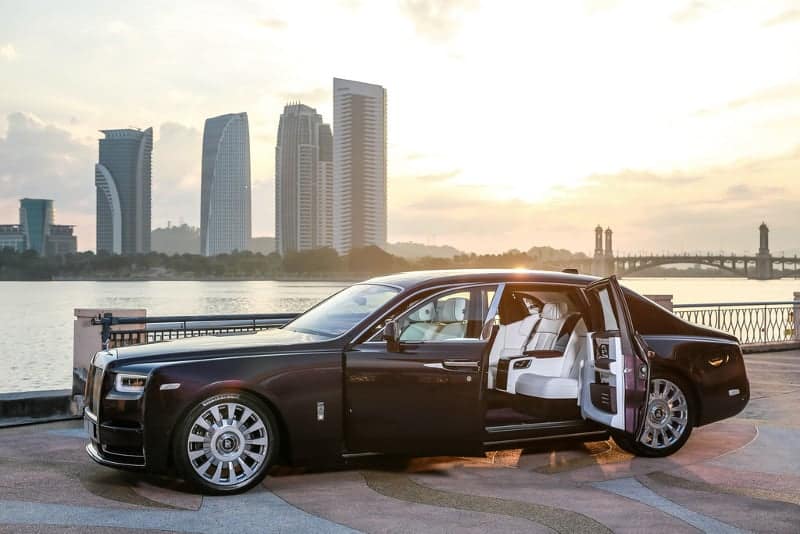 What’s Not in the New 2020 Rolls-Royce Lineup

Starting from around $320,000 the Wraith is as close to the entry-level as Rolls-Royce cars get. Unlike the Ghost, which has undergone a major transformation and received a whole new underpinnings, the 2-door coupe still clings to its BMW roots.

MY 2020 hasn’t brought any significant changes although the current-generation Wraith made its debut in now distant 2013. While both the current Wraith and outgoing Ghost upon which the former is based on, share the same BMW F01 platform, they differ in more ways than one.

It’s not just the number of doors, but the way they treat the roads upon which they tread. The Rolls-Royce Wraith is a much sportier version of the two and it’s not just a few extra horsepower that make us say that. For starters, it loses more than 7 inches in wheelbase and some weight in the process, and then there’s a specially-tuned suspension. At the end of the day, it’s the little bits that make the difference, and a number of them can be a great boost too.

The BMW’s N74B66 powerplant serves as the only motivational factor behind the Wraith coupe. A 6.6L twin-turbo V12 develops 624 ponies and 590 pound-feet of torque in its regular form, while the performance-oriented Black Badge raises the total torque output to 642 lb-ft. Horsepower ratings remain unchanged though.

Every Rolls-Royce Wraith sports a rear-wheel drive setup with an 8-speed ZF automatic transmission included. None of this is expected to change anytime soon but an imminent powertrain upgrade still looms behind the corner waiting for the right moment. 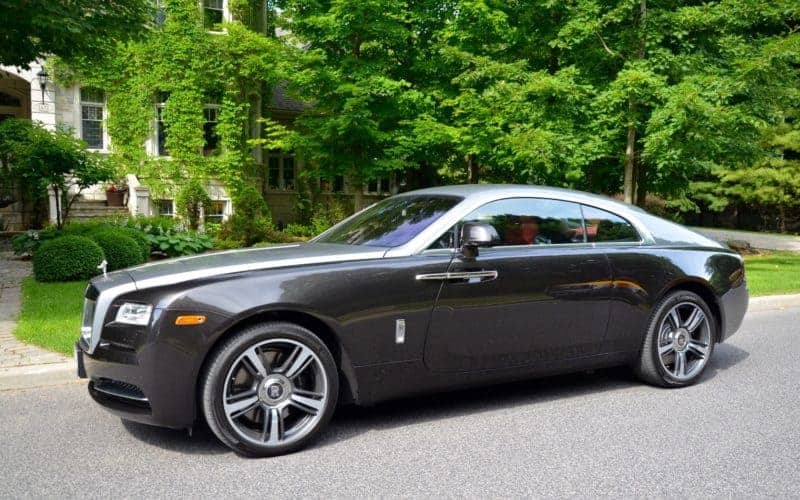 Another Rolls-Royce based on the outgoing Ghost Series II is nearing its production end. The $350,000 2-door convertible is practically a Wraith drop-top counterpart despite the company’s statement it shares only 20 percent of body panels with the coupe.

Although the Ghost sedan has undergone a major redesign for MY 2020, the Dawn, just like the Wraith coupe, remain mostly intact for at least another year – if not longer.

Despite being the “sexiest Rolls-Royce ever built,” the ultra-luxury 4-seat convertible still needs to keep up with the times. What’s more, despite being derived from a model as sporty as the Wraith (as far as sporty goes in Rolls-Royce speak), the convertible does have its limitations in that regard. For starters, it’s 400 pounds heavier than its coupe counterpart and it rolls with 61 ponies fewer than Wraith. This might not sound like much, but it can easily be felt in certain situations, even by novice drivers.

Speaking of Dawn’s power – it comes from a 6.6L twin-turbo V12 version of the BMW’s N74 mill. All 563 horses and 605 lb-ft of rotational force, that is. Even the more powerful Black Badge fails to replicate the coupe version’s output by providing only 593 horsepower and 620 pound-feet of twist.

As expected, the only Rolls-Royce drop-top available at the moment routes all that power to the rear using a contemporary 8-speed ZF automatic transmission. None of this is expected to change until the company decides it’s time for Wraith and Dawn to pack their bags and follow in the Ghost sedan’s footsteps.

In other words, as long as they’re still being assembled upon the BMW F01 platform from the 7 Series, there’s no reason to waste time and money on what are slowly but steadily becoming the most outdated Rolls-Royce vehicles on the market. All this will be done as soon as they switch to the Rolls-exclusive “Architecture of Luxury” platform. 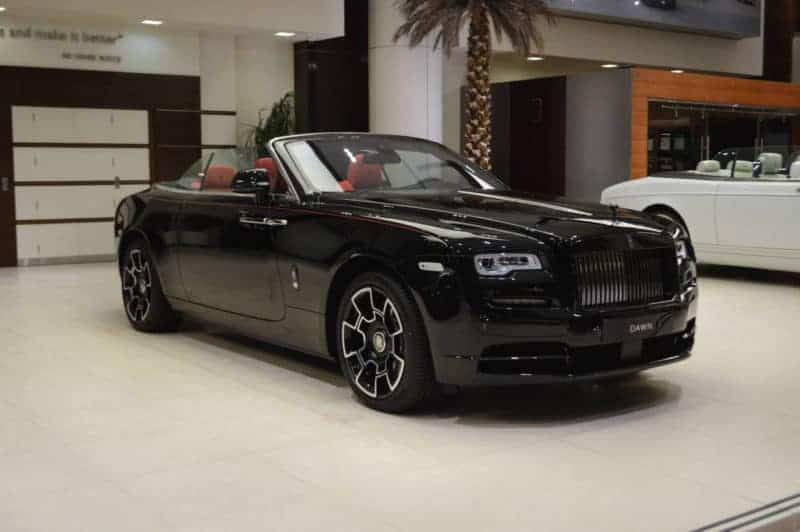