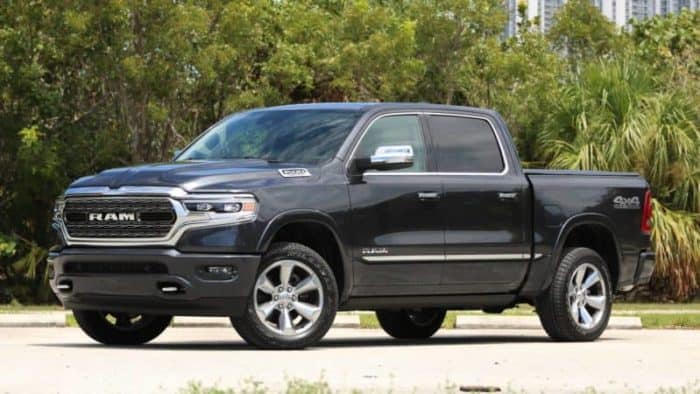 The Ram Truck Division is – alongside Jeep – what keeps the FCA brand afloat these days. The relatively young division’s sales have been growing rapidly ever since the brand spun off from the parent Dodge division in 2010. Back then, Dodge Ram sales were at one of their all-time lows of around 200,000 units. We’ll now take a look at what the future has in store for this blue-collar niche brand by looking at what the 2020 Ram models will possibly have to offer.

The Ram’s U.S. sales account for around 80 percent of company’s totals, and in 2018 they amounted to 597,368 units. Exactly 536,980 of that figure falls off on Ram Trucks, while the remainder goes on Pro Master vans. This is now on par with results from around the millennium when then-Daimler-Chrysler was selling close to 600,000 Dodge Ram and Ram Dakota pickup trucks across the country annually.

Considering the brand operates almost exclusively on the North American continent (excluding 0.3 percent of the production totals exported to Saudi Arabia), there’s not much global outreach to speak of. Canadian sales amount to around 13.5 percent of the totals while the Mexican market takes up another 4.7 percent.

There won’t be too many attempts to shake things up when it comes to company’s future. After they’ve recently completely redesigned their half-ton offering, the heavy-duty truck lineup is now next in line for a makeover. The Ram HD 2500 and HD 3500 have already been caught testing with almost no camo at all which means they’ll arrive later in 2019, just in time for MY 2020. They promise to be some of the best trucks 2020 will bring to market and should help the brand surpass the magic 600,000-unit barrier in the U.S. for the first time in its history.

It’s no secret that the new lineup of heavy-duty Ram offerings draws inspiration from the fifth-generation half-ton Ram 1500 which arrived last year. The Ram heavy-duty trucks also depart from the hallmark crosshair grille design that had adorned countless numbers of their trucks over the years.

Like the non-HD half-ton models, the heavy-duty three-quarter-ton and one-ton trucks also offer a more refined and better-appointed cabin with more room than before. An 8.4-inch touchscreen display is now standard across the board, while a larger 12-inch unit is set to serve as an option.

Much like the Ram 1500, the HD Rams, too have slightly grown in size compared to their predecessors and are comparably more capable at hauling cargo. The most capable of Ram Heavy Duty trucks can tow up to 35,100 pounds of trailer if properly fitted alongside boasting a 7,680-lb max payload.

As far as the powertrain lineup of the forthcoming heavy-duty Rams goes, there aren’t too many surprises. A number of HD Rams will be ordered with a 6.4L Hemi V8 which, at the moment, generates 410 horsepower and 429 pound-feet of torque in combination with the new TorqueFlite 8-speed auto.

Those in need of ultimate towing and hauling performance will opt for an expensive 6.7L Cummins turbo-diesel straight-six upgrade which cranks up 370 ponies and 850 lb-ft of torque in its base form or a colossal 400 horses and 1,000 pound-feet of twist in its High Output form. The new Cummins oil burner is 60 pounds lighter than its predecessor and is paired with the correspondingly-new Aisin 6-speed auto especially designed to withstand such a humongous amount of twist.

Prices of the redesigned HD Rams should remain more or less intact and they’ll be built in the Warren, Michigan assembly plant from now on. 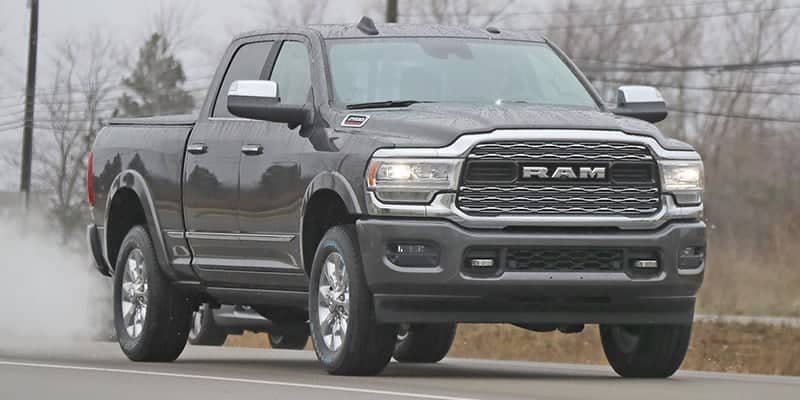 The all-new fifth-generation Ram pickup truck made its debut last year, and brought numerous upgrades and improvements over its already solid predecessor.

The new half-ton pickup truck is larger and more capable than the outgoing versions and, at the same time, more luxurious and tech-savvy as well. It’s also more efficient thanks to new mild-hybrid technology and a lighter frame which stems from the more widespread use of aluminum in its structure.

Available in traditionally large selection of trim choices, the new Ram 1500 offers both the traditional blue-collar sturdiness and plushness of a luxury car, not to mention everything in between the two extremes.

New for MY 2020 are the unconventional asymmetrical split-opening tailgate, some color arrangements, and a well-known turbo-diesel V6 engine. Furthermore, Ram has unveiled the new high-end Night Edition which boasts an all-black demeanor and starts from $53,000.

Prices are set to $33,000 for the entry-level Tradesman trim with a two-wheel drive, a Quad Cab setup, and a long bed. On the other hand, the most expensive Limited trim with a four-wheel drive and a Crew Cab setup costs more than $58,000.

There are three engines to choose from. The base Ram 1500’s get the rejuvenated 3.6L V6 with an eTorque mild-hybrid system which now makes 305 horses and 269 lb-ft of torque.

The optional gas burner also sports the new 48-volt motor/generator but provides 395 horsepower and 410 pound-feet of torque. After all, it’s the 5.7L V8 we’re speaking of here. Unlike the Pentastar V6 where this system is mandatory, the pushrod’s mild-hybrid setup is actually optional. Both engines are paired with a new 8-speed automatic transmission and are available in both the rear and all-wheel drive setups.

Those in need of even better efficiency and a higher torque output will opt for the expensive new ecodiesel engine upgrade. A 3.0L turbo-diesel V6 has been heavily reworked and now boasts higher figures across the board. Not only is it now making 260 hp and 480 lb-ft of torque, but the Ram 1500 ecodiesel also boasts towing capacity of up to 12,560 pounds. This makes it the most powerful half-ton diesel truck on the market. 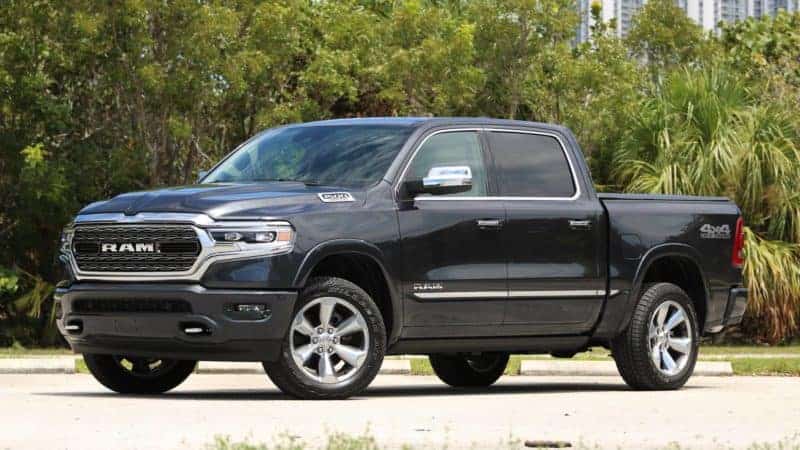 Chrysler hasn’t produced a fully independently-built van since 2003 when the old Dodge B Series went into retirement and got replaced by a lighter Mercedes-Benz-based Dodge Sprinter. After the Chrysler-Daimler marriage ended up in a divorce and the smallest of the “big three” American car manufacturers got remarried to Fiat, the Sprinter mold got replaced by a similar Fiat Ducato alternative. Thus the current generation of Ram ProMaster vans made its debut in late 2013.

With 46,600 units of the ProMaster and 13,788 units of the smaller ProMaster City vans sold in the U.S. during 2018, FCA can’t afford to get complacent. That’s why the entire range was finally revised for MY 2019 in order to fit the company’s newfound design strategy. This means the crosshair grille has departed the van lineup as well, but there aren’t too many changes to the unibody structure otherwise.

There are no changes in the ProMaster van’s powertrain department. The smaller Ram ProMaster City carries over with its 2.4L naturally aspirated 4-cylinder engine capable of putting up 178 horsepower and 174 lb-ft of torque. This engine is paired to a somewhat clumsy 9-speed auto – especially at low speeds.

The larger Ram ProMaster uses a 3.6L V6 and a 6-speed auto combo which gives it 280 ponies and 260 pound-feet of rotational force. If properly fitted, this should be enough for it to carry up to 4,680 pounds or tow up to 6,800 pounds.

Prices for the entry-level ProMaster City cargo van start from just under $26,000 with the passenger version warranting almost $27,500 and the larger regular-wheelbase ProMaster van ringing in at a $32,000 minimum. 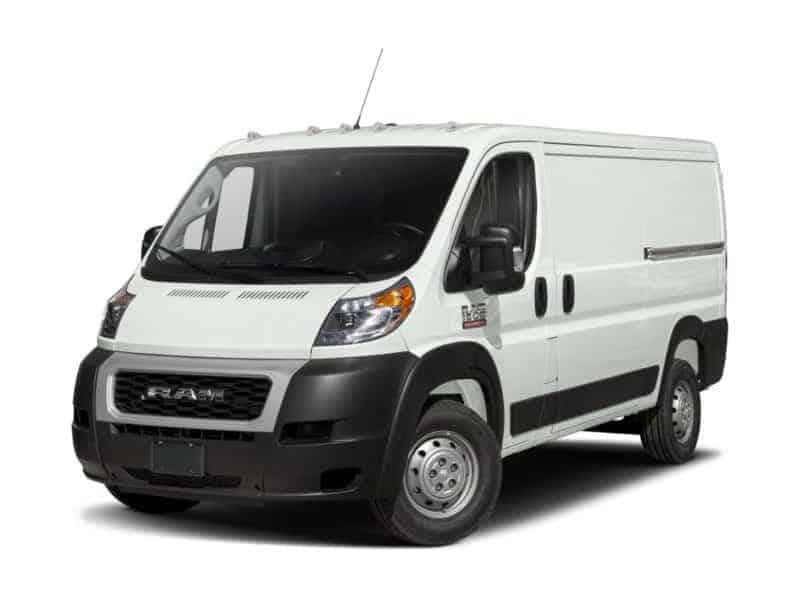