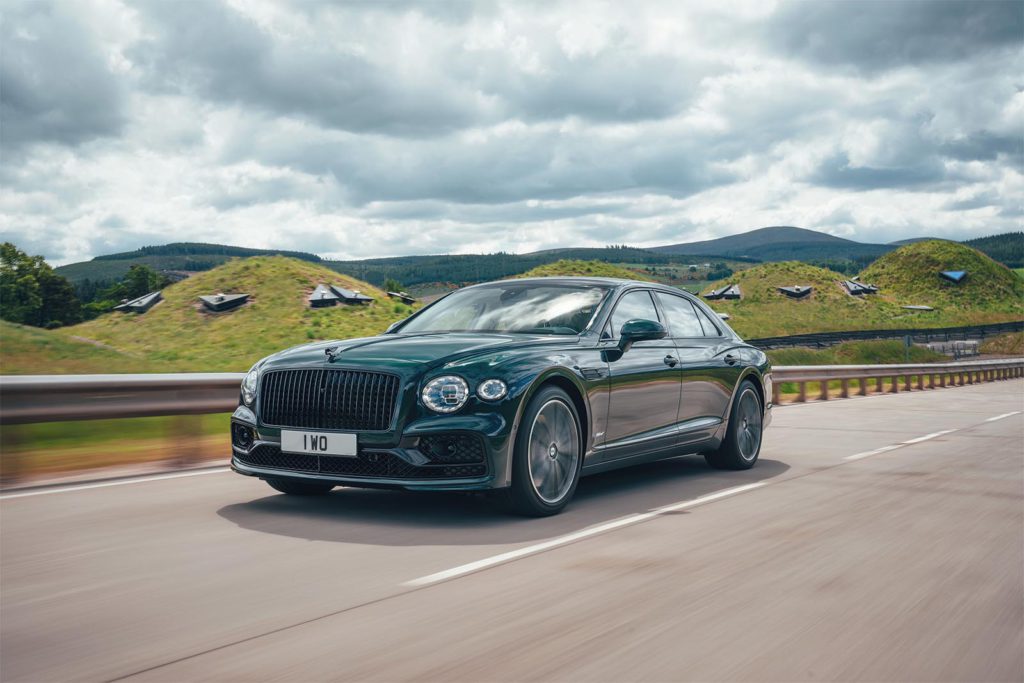 Today, Bentley debuted the new Flying Spur Hybrid, its second plug-in hybrid model – and the next step en route to the all-electric future outlined by its Beyond100 strategy.

Separately, the British marque also announced a new partnership with Scottish whiskey brand Macallan that will include bespoke-badged versions of Bentley products. 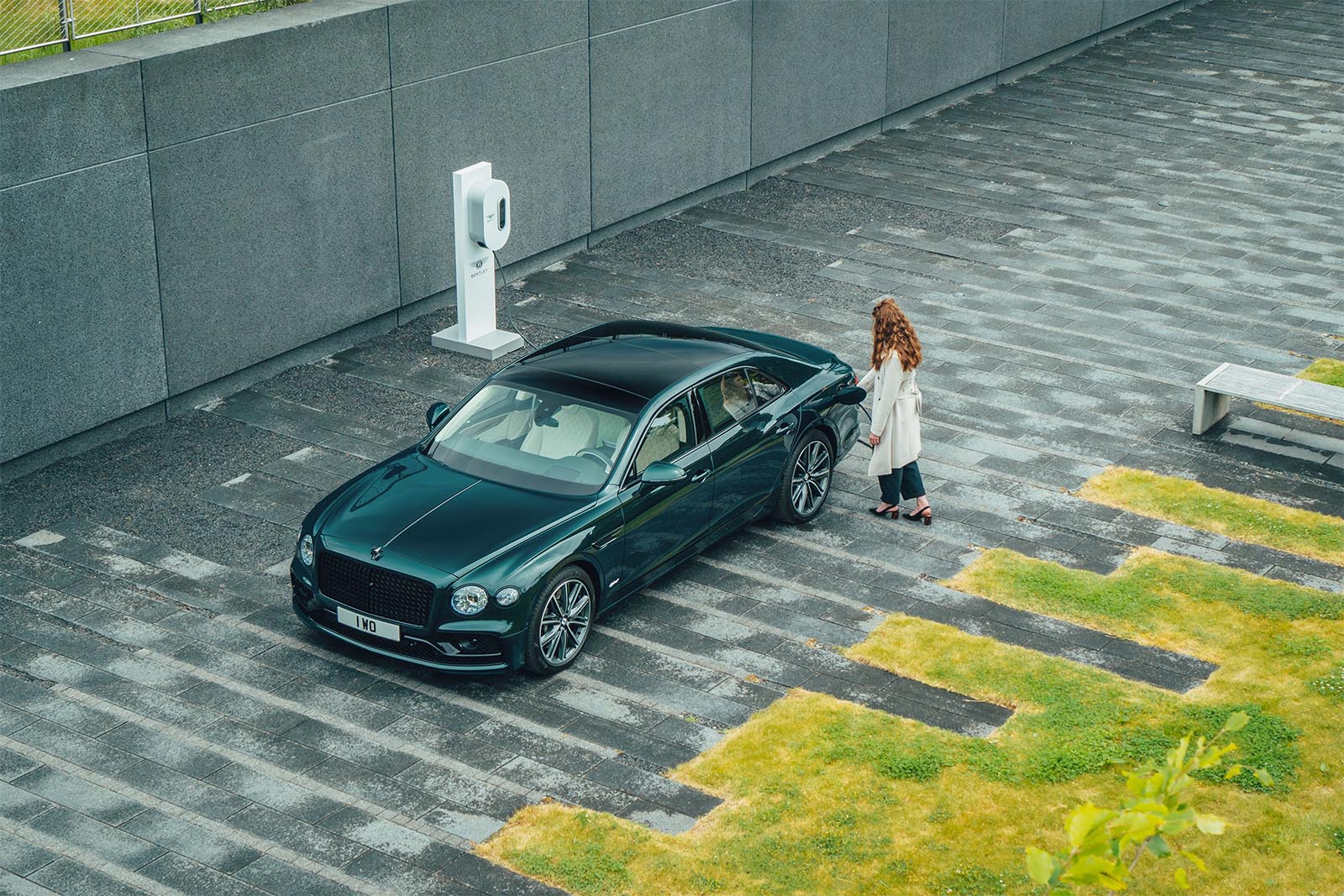 The new Bentley Flying Spur Hybrid will pair an electric motor with a 2.9-liter V-6 to deliver essentially the same power and performance as the current, V-8-powered version of the big sedan. But the package will provide up to 25 miles of all-electric driving while reducing fuel consumption when operating in conventional hybrid mode, the automaker said.

“The next step in our journey,” Bentley CEO Adrian Hallmark said during a media webinar Tuesday morning, “will be to hybridize the Continental family,” including the GT coupe and GTC convertible. He said that should happen “before 2025.”

But Bentley is clearly moving fast. Last November, when he announced the Beyond100 program, Hallmark laid out a timetable that will see the brand initially focus on plug-in hybrids but then switch entirely to battery-electric vehicles, or BEVs, by 2030. On Tuesday, the British executive said the goal is to bring Bentley’s first BEV to market by 2026. 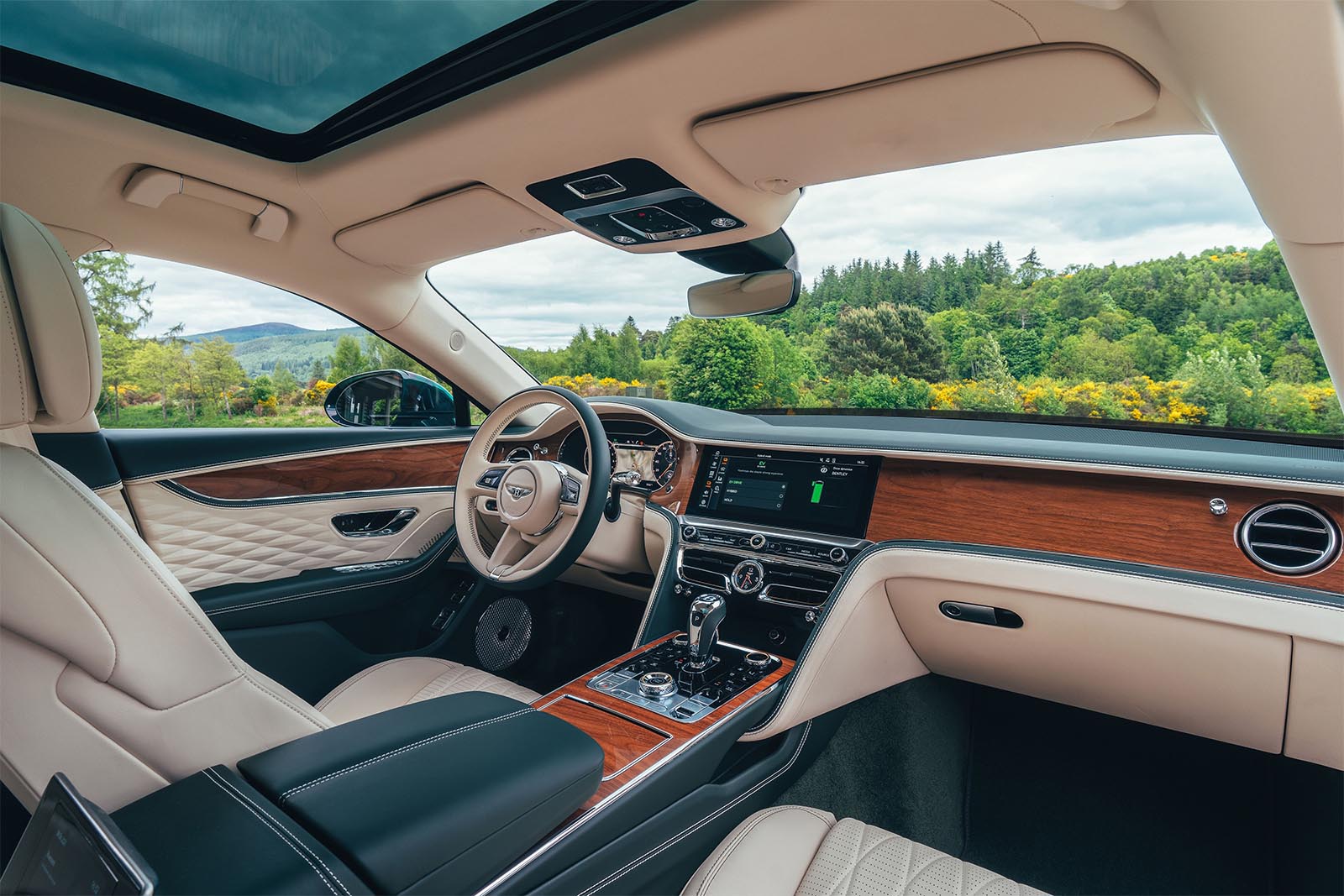 Initially, luxury automakers were skeptical of battery power, pointing to the limited range offered as the first BEVs came to market. But newer versions of lithium-ion batteries have boosted range substantially while helping cut charging times. And the technology also adds some distinct advantages, such as instant torque.

The Bentley Flying Spur Hybrid can punch out as much as 536 horsepower and 563 pound-feet of torque. The single electric motor – mounted between the engine and transmission – makes a peak of 134 hp and 295 lb-ft. The Hybrid model can launch from 0 to 60 in 4.1 seconds. That’s only 0.1 seconds slower than the Flying Spur V-8 and 0.6 seconds slower than the flagship V-12-powered version of the sedan. 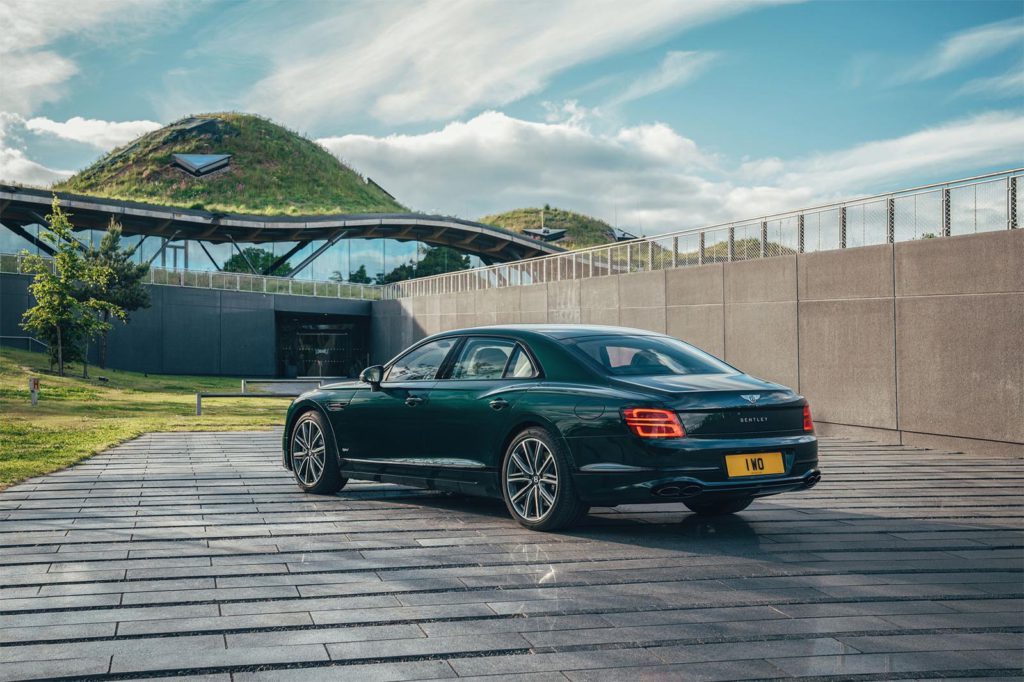 “Whenever you build a car it’s got to deliver on Bentley values,” said Hallmark, who said he has shifted from “EV skeptic” to “evangelist” over the last several years. “Now, we believe that electric  powertrains fundamentally fit our DNA, giving effortless performance, a linear torque curve – and they’re refined.”

The Bentley Flying Spur Hybrid will deliver up to 25 miles of all-electric range, Bentley estimates. However, that number is based on the European WLTP test cycle and is expected to drop when the sedan is rated by the U.S. EPA. Charging times will be as little as 2.5 hours, according to the automaker.

Bentley Partners with Rimac and Macallan 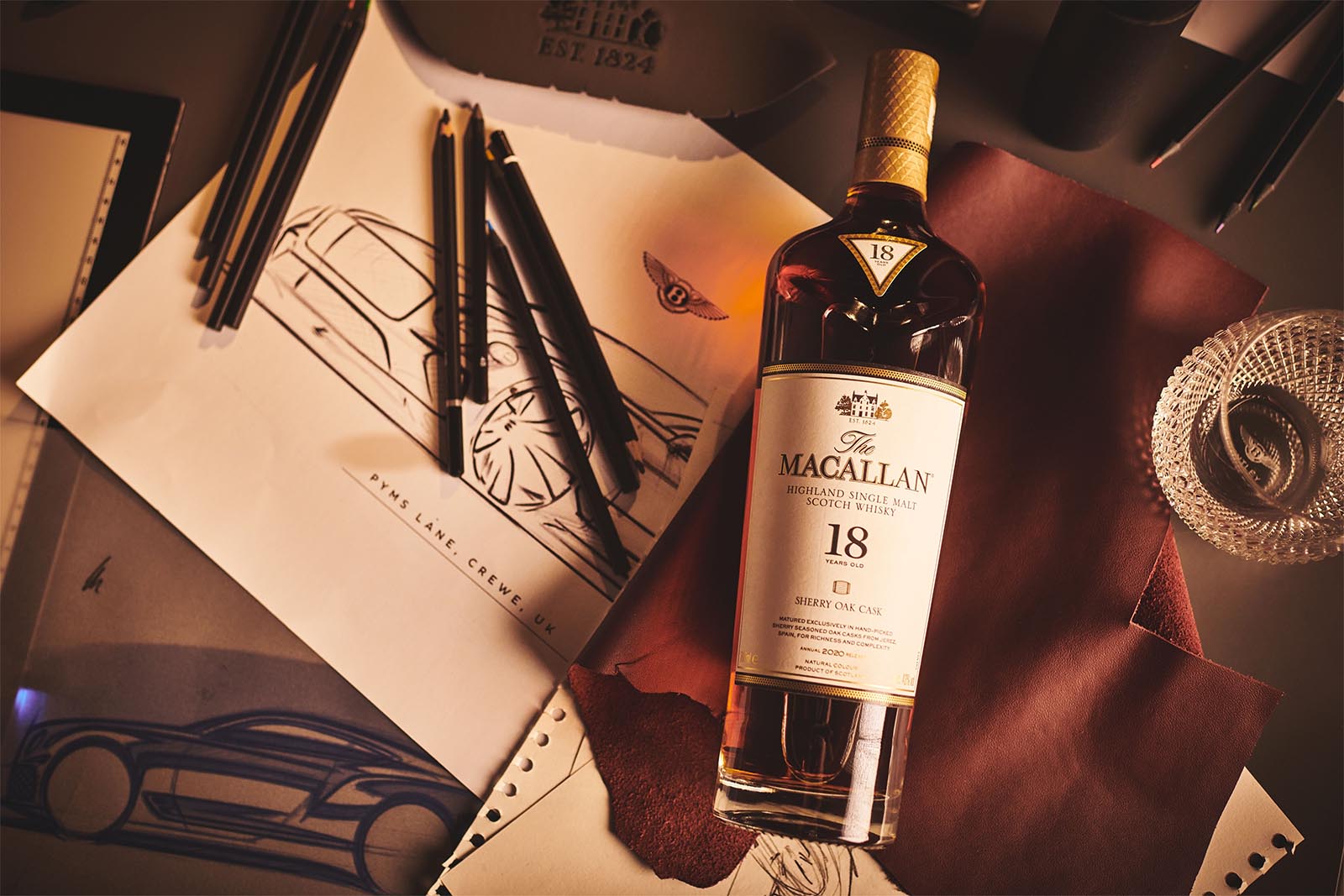 The underlying electric drive technology was developed in cooperation with Audi, another high-line member of the big Volkswagen Group. On Monday, VW announced that it was entering into a partnership with Croatian EV manufacturer Rimac, creating a new joint venture based on its ultra-exclusive Bugatti supercar brand. There are “no plans” for Bentley to work directly with Rimac, said Hallmark, but the Croatian manufacturer’s technology could find use throughout the entire VW family.

Bentley’s interest in setting up partnerships reflects both its exclusive nature and its limited size. The brand sold a record 11,206 vehicles last year despite the pandemic.

The automaker has had a long relationship with watchmaker Breitling and is now establishing a similar alliance with Macallan, one of the more highly recognized Scotch whiskey brands.

The two new allies said Tuesday that they share a strong interest in sustainability and will explore ways to work together on sourcing sustainable materials. More practically, however, they plan to create cross-marketing ventures and even jointly branded products, such as Macallan-badged versions of Bentley vehicles.

“We’re both established brands trying to reinvent ourselves,” said Hallmark, adding that “our values need to be adapted to a new regulative and environmental context.”


Diesel Engine Failure: Bosch CP4 Lawsuits Roll On
BFGoodrich OnTrail Mobile App is an Off-Road Trail Adventure...
10 Once Illegal Cars You Can Finally Import In 2017
Ford F-150 Raptor Not Enough For You? Then Take a Look at th...
Best of 2019 Lexus
The Best of 2021 Dodge