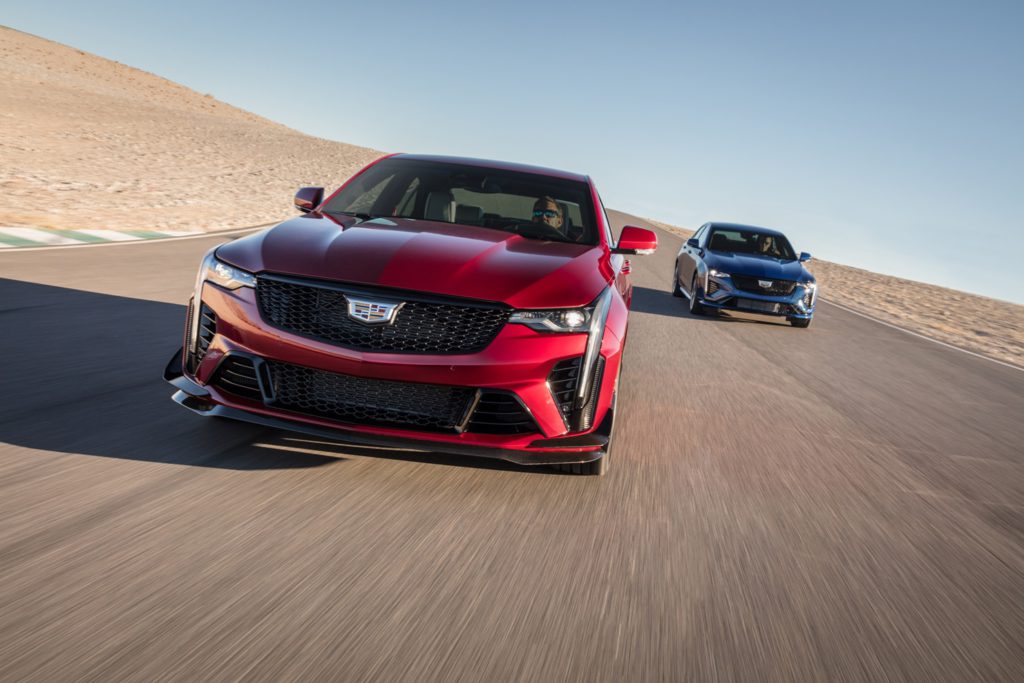 VIN 001 of both the 2022 Cadillac CT4-V Blackwing and 2022 Cadillac CT5-V Blackwing just rolled across the Barrett-Jackson auction block. Both of these instant collectible muscle sedans sold at no-reserve, with all proceeds going to the Black Ambition charity. The first allocation of the first-ever Blackwing cars sold out in just hours, after reservations opened on February 1, 2021, so these first off the production line examples were also hot commodities at auction.

Cadillac recently premiered the Blackwing cars, as the track-ready extreme-performance variants of the CT4 and CT5 sedans. These two 2022 models are the ultimate American luxury big horsepower cars.  The CT4-V Blackwing packs a 3.6L V-6 twin-turbocharged engine with 472 hp, while the CT5-V Blackwing muscles along with a 6.2L V-8 supercharged to 668 hp.

“The Blacking name has come to represent the very best of Cadillac performance engineering, craftsmanship, and technology. The new CT4-V Blackwing and CT5-V Blackwing build on the brand’s respected legacy of ultimate-performance driving experiences and elevate them even further.” -says Brandon Vivian, Cadillac executive chief engineer. 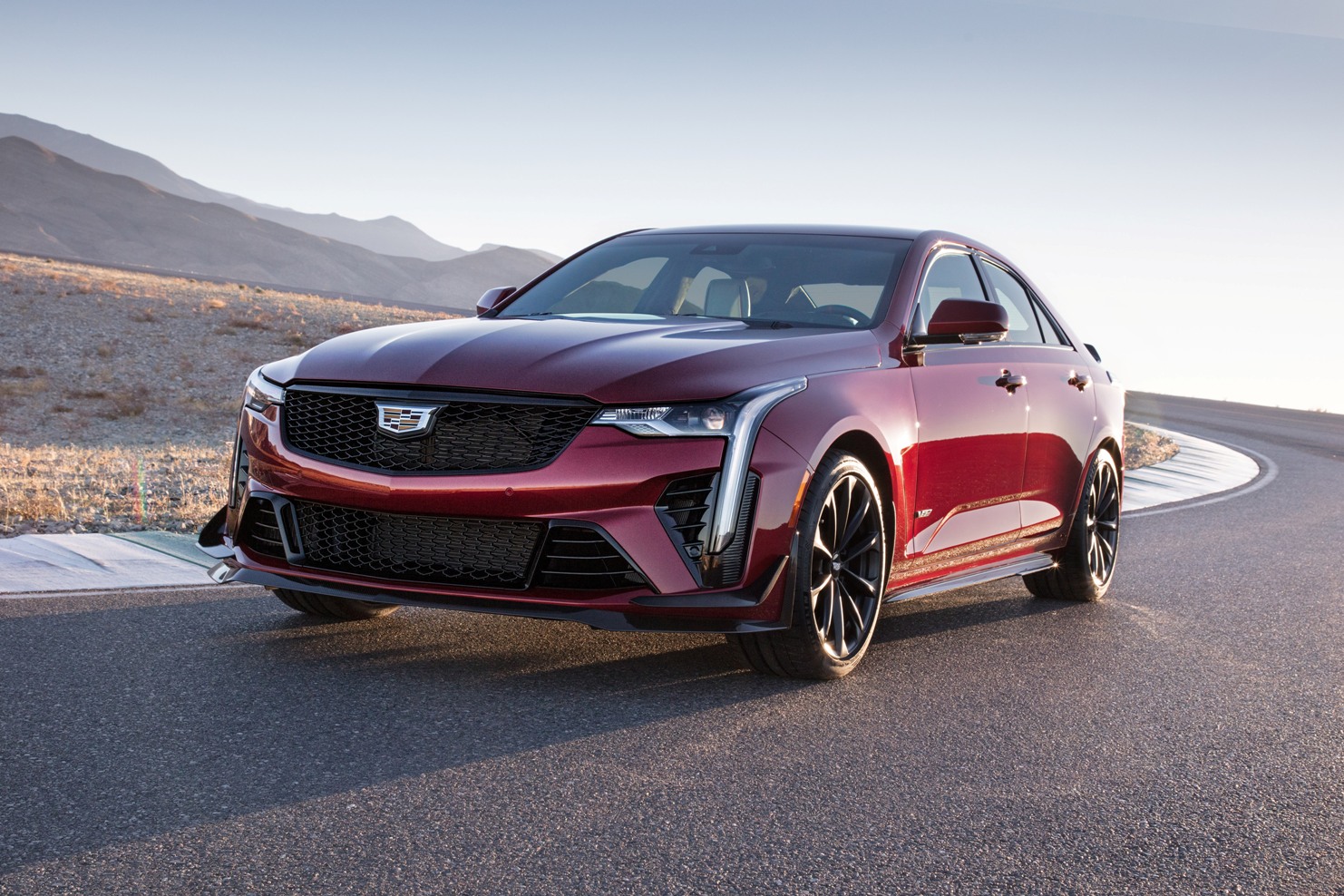 Given the rush towards electric vehicles, these might be the last offerings with high-performance dino juice guzzling engines from Cadillac. Cadillac initially limited reservations of these two sedans to 250 of each model for the 2022 model year, and swiftly sold out within hours. 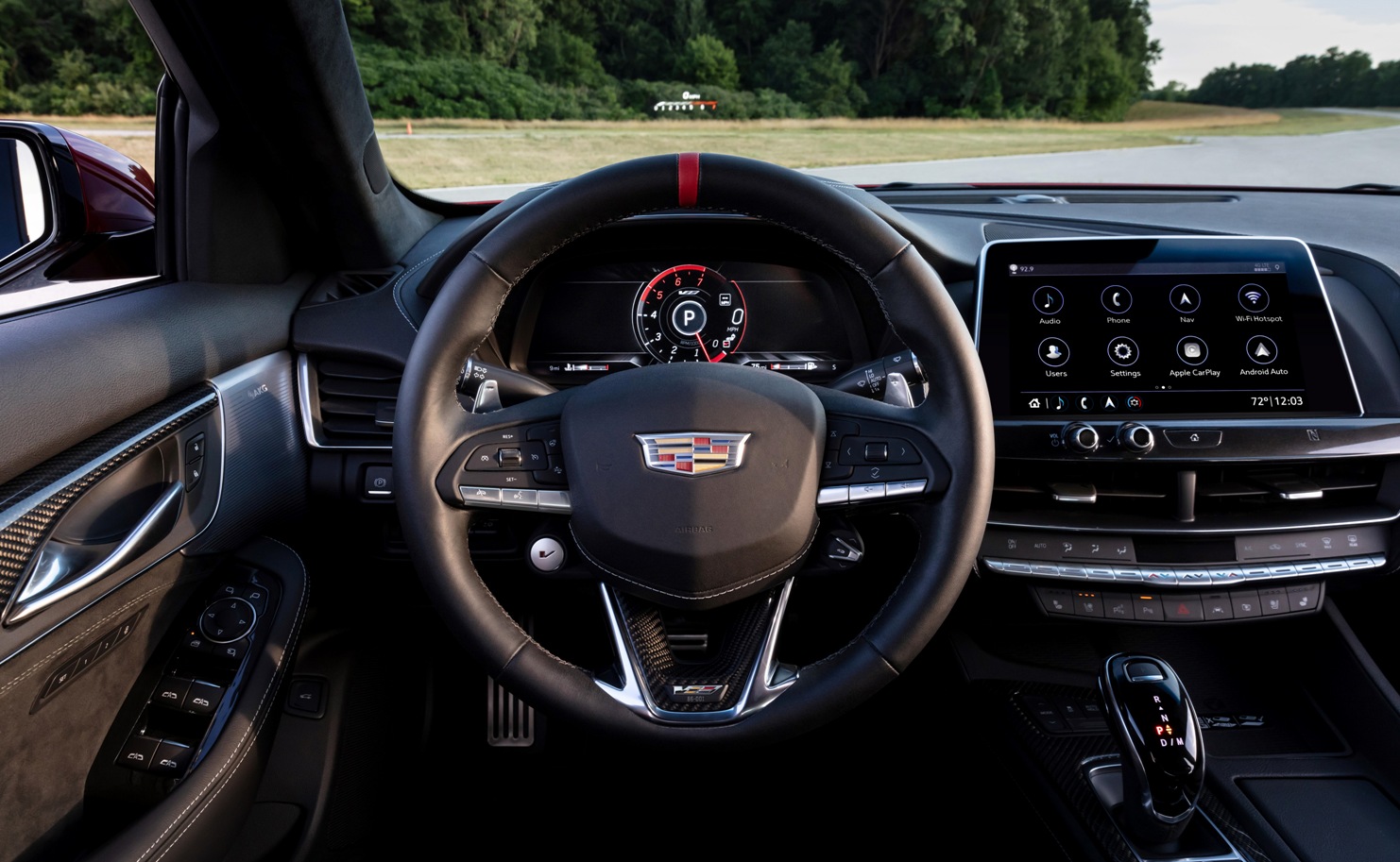 The Cadillac Blackwings start with MSRP’s of $59,990 for the CT4-V and $83,995 for the CT5-V. As VIN 001 and charity cars, these typically get optioned out with all the bells and whistles. The winning bidder was able to choose between the 6-speed manual or the automatic 10-speed along with other track performance options like the carbon-ceramic brakes, track performance data recorder, and carbon fiber spoiler.

Frequently these “charity cars” will bring substantially more than the MSRP, often reaching over a million dollars. These Blackwing cars fell way short of that lofty mark, but still raised substantial funds. The Cadillac CT5-V sold for $265,000 while the CT4-V sold for $165,000.

The folks at Cadillac are suggesting that the first Blackwings will fly out of the factory in early summer 2021.

The Barrett-Jackson auction regularly offers up new models with the first, highly desirable 001 VIN’s. It offers these cars without charging any commission, so all the proceeds go directly to deserving charities. This year $5.8 Million was raised for charity at the auction, with the 2022 HUMMER EV Edition 1 VIN 001 at $2.5 Million being the bell of the ball. The very first 2-door Ford Bronco and Mustang Mach 1 also auctioned for impressive sums.

Craig Jackson, chairman, and CEO of Barrett-Jackson noted, “these modern luxury performance sedans combine Cadillac’s most powerful engines ever built with a spectacular suspension to set a new standard for comfort and performance. As the last in a line of Cadillac’s with a factory 6-speed manual transmission, these two first-production vehicles are destined to be coveted collector cars for generations to come.”

The auction should make Pharrell Williams sing another chorus of “Happy” since the proceeds from both Cadillac Blackwing sales will go to the non-profit, Black Ambition, where he serves as an advisor. Black Ambition’s long-term vision is for inclusive entrepreneurship to be the new normal. The charity is said to be committed to leveling the playing field for non-white entrepreneurs by providing them with funding, opportunities, mentorships, and access. Seems appropriate to make this announcement during Black History Month, doesn’t it?

Given the limited number of available Blackwings and the fever of an in-person live auction, who knows how much this duo of road performance track stars will sell for? But we do know the buyers will be the first on the track with these legendary sought after Cadillac’s.