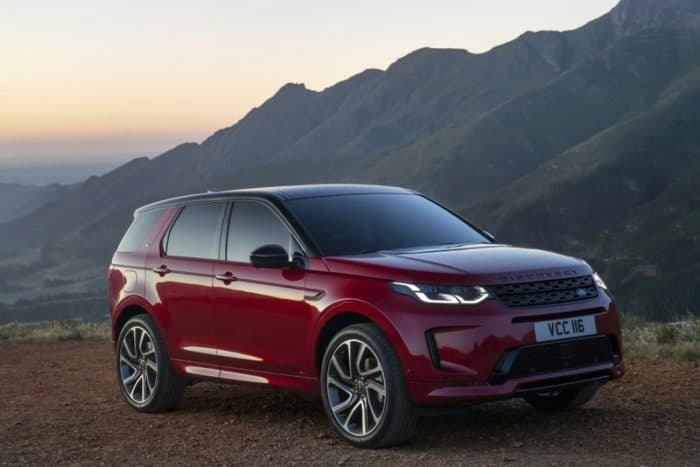 The off-road-oriented subcompact crossover has never been the most successful of Land Rover vehicles in terms of sales. Actually, it’s been one of the most overlooked Land Rovers since its inauguration in 2015. Considering it’s always had a number of shortcomings to keep it company, maybe it was rightfully sidelined as one of the less enthusiastic Land Rover models. That’s why the British have answered with a full-on makeover which should address some of its issues. 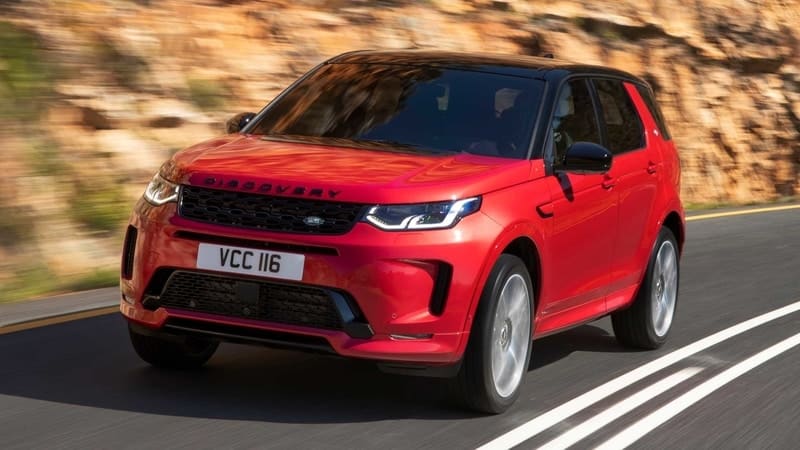 This complete overhaul sees the Land Rover Discovery Sport sit upon a revised version of the D8 platform dubbed the LR-MS which it shares with the new Evoque. This allows the subcompact to offer more interior space for its occupants, and more importantly, to finally adopt the next-generation of the company’s hybrid and electric powertrains. It’s also quite evident that the new model looks much better than the outgoing units which is always a plus in our book. All panels aside from the hood, roof, and tailgate have been replaced as the second-generation Discovery Sport now looks and feels sharper than before. 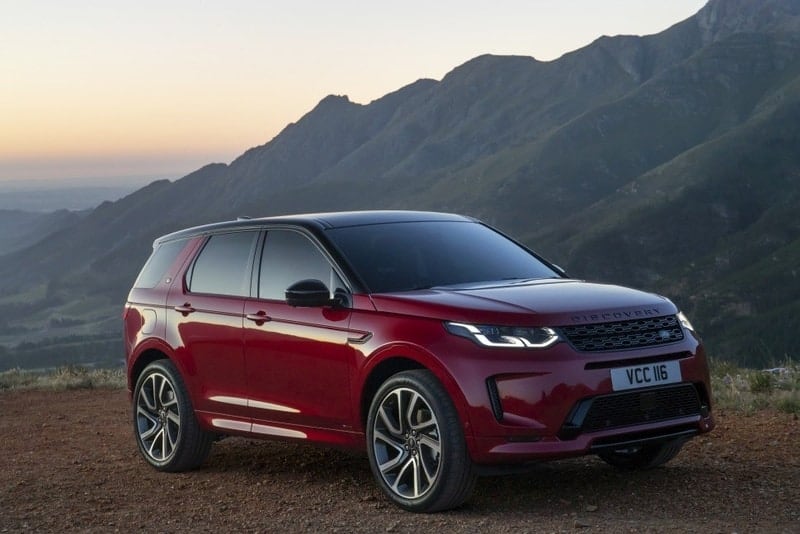 While the outside of the car retains at least some of the first-gen cues, the interior has been completely overhauled. A new steering wheel from the Range Rover, a completely revised instrument panel, new switchgear, more comfortable seats, and a new infotainment system are the biggest changes inside the Disco Sport. However, the new infotainment still leaves a lot to be desired when compared to those of Discovery Sport’s competitors and doesn’t feel like a major improvement over the outgoing unit which suffered from similar issues.

All Discovery Sport’s are now standard with three rows of seats (previously a $2,000 option), and thanks to a completely revised rear suspension setup, they’re now more comfortable. There isn’t plenty of room back there, but there’s definitely more than before. Cargo space has also been improved as the new Discover Sport now offers either 34.6 cubic feet of luggage space behind the second row or up to 60 cubes with all rear seats folded down. Speaking of folding seats, there are now no less than 24 different layouts one can experiment with throughout all three rows.

What’s more, the new car is finally able to enjoy a full array of technology and convenience gear its more illustrious siblings have already received. Apple CarPlay and Android Auto are finally standard, and so is a 4G LTE mobile hotspot. 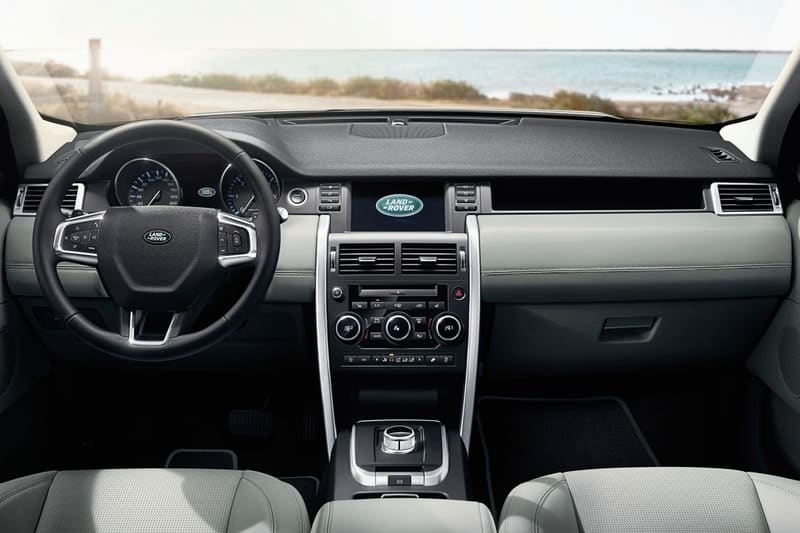 Goodies such as a smart rearview mirror, the ClearSight Ground View, and a full supplement of advanced driver-assist features are available at extra cost. The ClearSight Ground View effectively makes the hood invisible and provides a look at the ground beneath the car. This can be of immense help when taking your Disco Sport off-road, or simply tackling city bumps, potholes, and tight parking spaces. Needless to say, adaptive cruise control, forward-collision warning, automated emergency braking, and lane-keeping assist are also there.

Speaking of hybrid powertrains, the 2020 Land Rover Discovery Sport starts off with the same powertrain lineup as its more road-oriented sibling, the Range Rover Evoque. This means that electrified powertrain at the moment translates to a 296-horsepower 2.0L turbo-four with a mild-hybrid assist. Base models will make do with a more conventional 246-horsepower version of the same engine without any electric assists.

Further down the line, the British will introduce a full plug-in hybrid model, but we’ll probably have to wait beyond MY 2020 in order to finally see them. A 9-speed automatic gearbox and an all-wheel-drive system are mandatory across the range. Properly equipped, the Discovery Sport can tow up to 4,409 pounds of trailer. 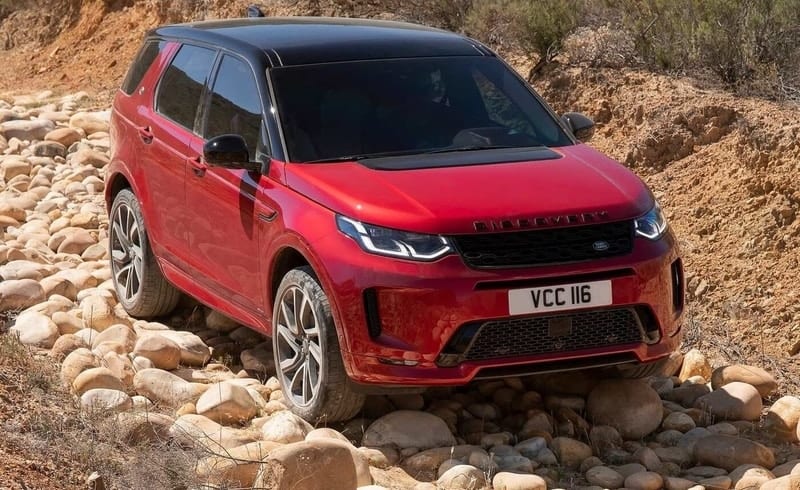 Fuel economy remains poor despite the introduction of mild-hybrid assist. With 19 mpg in the city and 24 mpg on the highway, the 2020 Land Rover Discovery Sport is pretty much outdone by every single one of its competitors. The refreshed Land Rover Discovery Sport starts from just under $38,000 prior to destination charges. The mild-hybrid-assisted models command a slightly higher price tag, however, while the range-topping R-Dynamic HSE trim warrants at least around $53,000.

The Land Rover Discovery Sport might not be the best vehicle in its class but it’s definitely an improvement over the outgoing model. The best is yet to come from the Disco Sport as the new platform allows for more exciting plug-in hybrid models in the near future. Until then, there are two powerful 4-cylinders to choose from and that doesn’t necessarily have to be a bad deal. 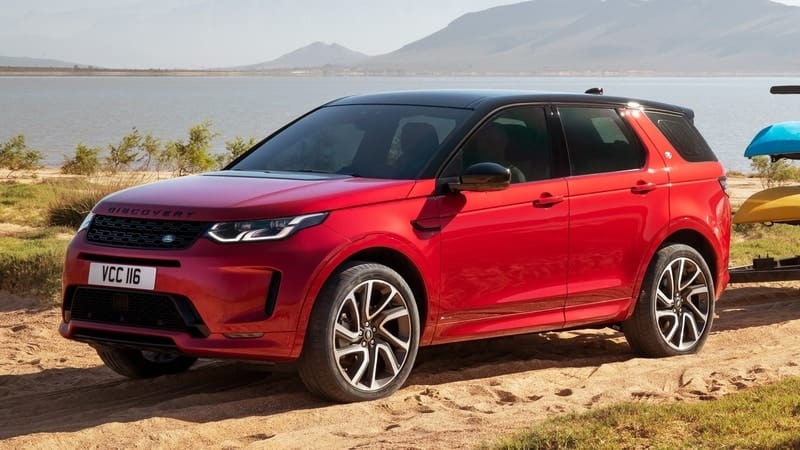