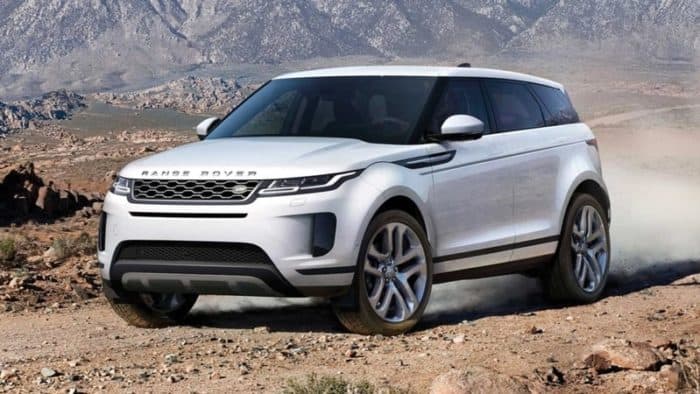 More of a fashion choice than a capability-strong crossover, the 2020 Land Rover Range Rover Evoque represents an entry to the Range Rover world in more ways than one. Although not among the best-selling models in the U.S., the Range Rover Evoque is still an important part of the Land Rover lineup. The subcompact crossover’s sales have dropped below the 10,000 mark for the first time since its introduction back in 2012 and the British have responded by giving it a full makeover. Although Evoque’s U.S. sales have subsequently rebounded to 11,529 units in 2019, they still haven’t done the same on a global level where they had plummeted by more than 30 percent during the same period. 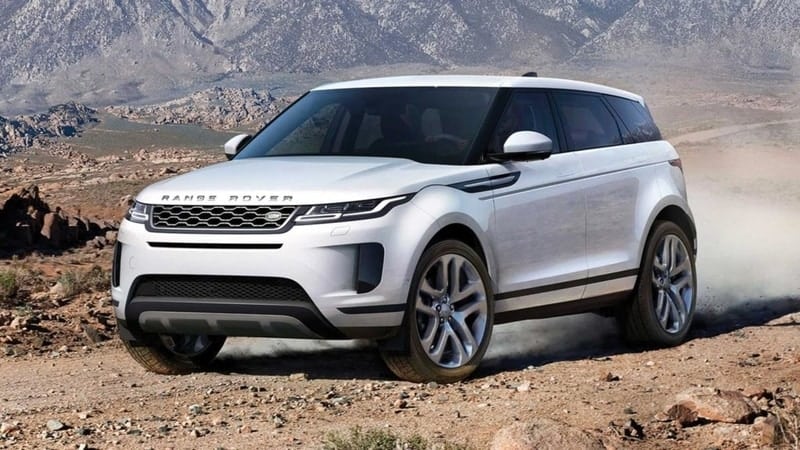 The fully-redesigned second-generation Range Rover Evoque brings about a sharper design but sticks to the proven formula and resembles its predecessor more than we could have expected it will. It rides on an updated version of the previous model’s D8 platform dubbed the Premium Transverse Architecture which adds a meager 0.6 inches in overall length and 0.8 inches in wheelbase length. Thanks to exterior dimension and styling changes, the new models feel slightly more robust, but as mentioned already, it doesn’t stray too far from 2019 models. New pop-out door handles, thicker side panels, and 21-inch wheels from the top-spec models are among the instantly recognizable differences between the two. 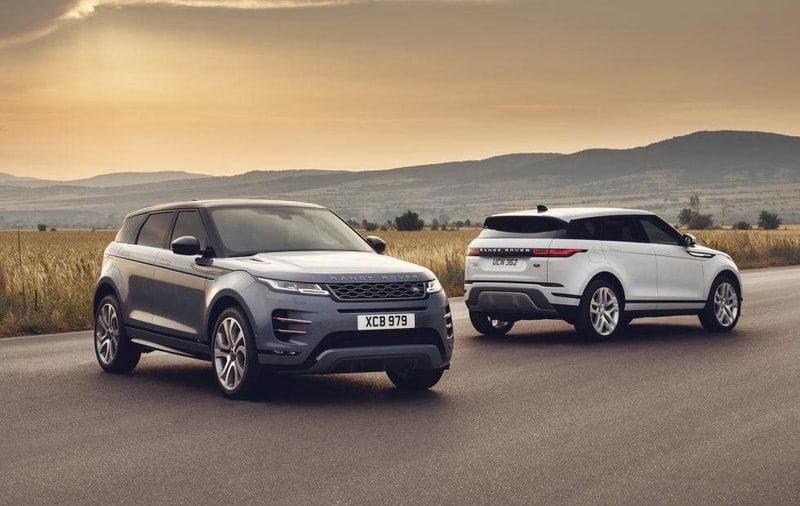 Dimensions, however, aren’t one of the Evoque interior’s strong suits. Due to Evoque’s dimensions, rear seats have been lifted high to provide more legroom but that’s had a detrimental impact on the headroom which wasn’t great, to begin with, due to the compact’s sloping roofline. There’s up to 50.5 cubic feet of luggage room with rear seats folded, but leave them up and you’ll get 21.5 cubic feet. The power-operated tailgate is unavailable only in entry-level models, while the range-topping R-Dynamic HSE models come with a new gesture-controlled tailgate activated by a foot sensor under the bottom left side of the bumper. 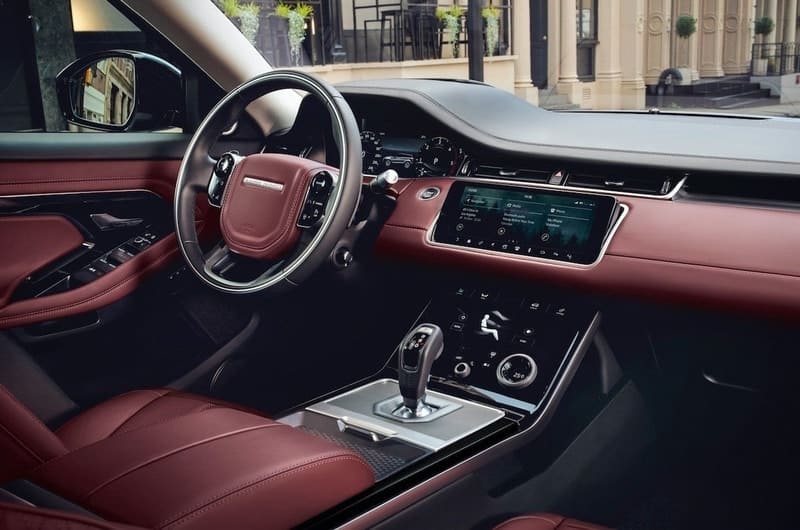 New for 2020 are two high-tech camera-based systems – one in front and one around the back. The frontal ClearSight Ground View displays a video feed in front and underneath the car, while the ClearSight Rear View system displays a video feed on a rearview mirror which comes in handy when the rear window is blocked by passengers or cargo. At the same time, the 2020 Land Rover Range Rover Evoque offers the standard automated emergency braking with pedestrian and cyclist detection, lane-departure warning, and lane-keeping assist. Blind-spot monitors, adaptive cruise control with semi-autonomous driving mode, and surround-view camera are either optional or standard across numerous available upper trim levels.

The 2020 Range Rover Evoque introduces a mild-hybrid system which is nameplate’s first. The company’s 2.0L Ingenium turbo-four carries over in two different tunes delivering 246 hp (P250) and 296 hp (P300) respectively. The 48-volt mild-hybrid system in question is only available with the higher-output version of the engine, however.

Every model is paired with a modern ZF nine-speed automatic transmission and company’s all-wheel-drive system with six available driving modes to choose from. Although the new Range Rover Evoque simply represents an evolution of the outgoing model, JLR has made a first step in electrifying the Evoque and that trend is only expected to catch on as we delve deeper into the 21st century’s third decade. 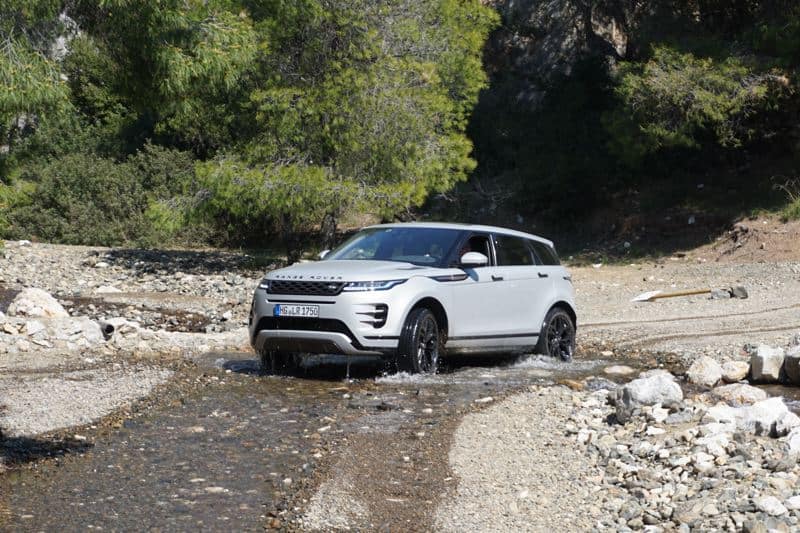 Fuel economy ratings of the new model are rather interesting as the higher-output engine beats the lower-output one with ease. Although that was expected due to the mentioned mild-hybrid assist system being unavailable in the P250, we didn’t expect the P300 will gain a full 3 to 4 mpg combined in real-world testing. The EPA rates them both at 23 mpg combined, but don’t let that fool you; the hybrid setup comes through when it comes to fuel savings.

The Range Rover Evoque is arguably one of the most stylish small luxury crossovers on the market with plenty of interesting features unique to the nameplate. However, it’s not the most off-road capable among Land Rovers (although still eager to get dirty on occasion) and due to its emphasis on styling, isn’t exactly one of the most practical models in its segment either. 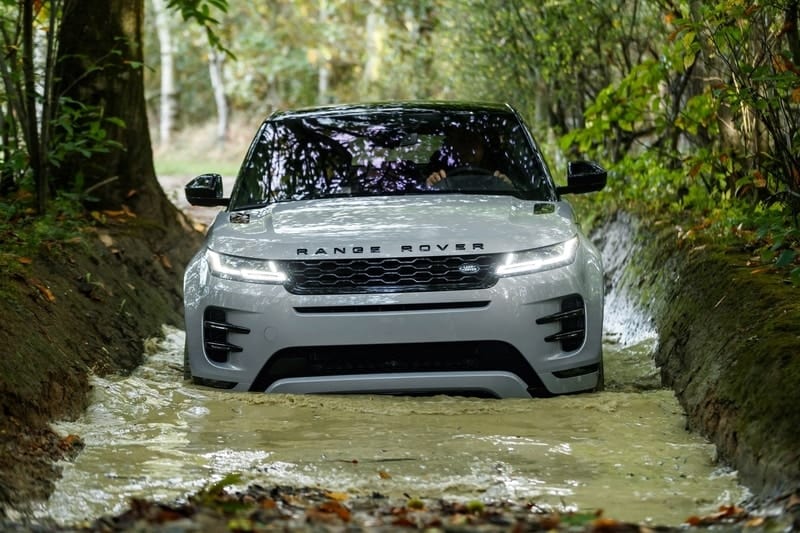