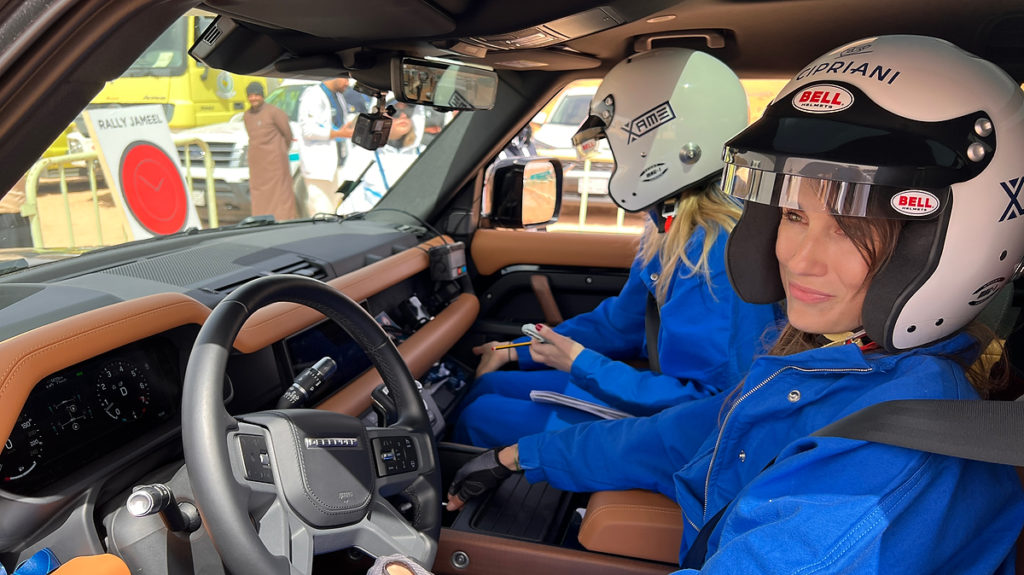 Saudi Arabian women weren’t permitted to drive cars until September 2017, and by the summer of 2018, many Saudi women were behind the wheel on public thoroughfares. And this year, the nation hosted its first women’s only off-road navigation rally race, Rally Jameel, a 3-day event that ran from March 16-19, 2022.

The 2022 Rally Jameel followed the format of similar off-road races in which two-person teams must navigate their AWD or unmodified 4×4 across off-road terrain — in this case, 1,600 miles of remote desert terrain spanning the three-day course. The challenge requires proficiency in desert driving, map reading, route planning, and directional navigation.

The 2022 route began in the city of Hail, passed by Al-Qassim, and terminated in the capital of Al-Riyadh. Teams covered 500-800-mile stages each day, and details about each stage remained confidential until the night leading up to it. The rally objective is acuity, not speed, and teams accrued points by finding and traveling through hidden waypoints along the course. The team with the most waypoints wins.

For a recap of the highlights, check out the video below. And to learn more about Saudi Arabia’s first-ever all-female desert rally, head to RallyJameel.com and follow @rallyjameel on Instagram.


Kimera EVO37 Reimagines One of Rally's Greatest Shapes
Miami Vice 1986 Ferrari Testarossa For Sale
U.S. Sets Testing of EV-Charging Concrete In Motion
2021 Honda Ridgeline Pricing: Starts At $36,490 And AWD Is N...
Pontiac is Coming Back to Life With Nothing Less Than GTO
The Honda Bulldog: It’s Happening (Apparently)