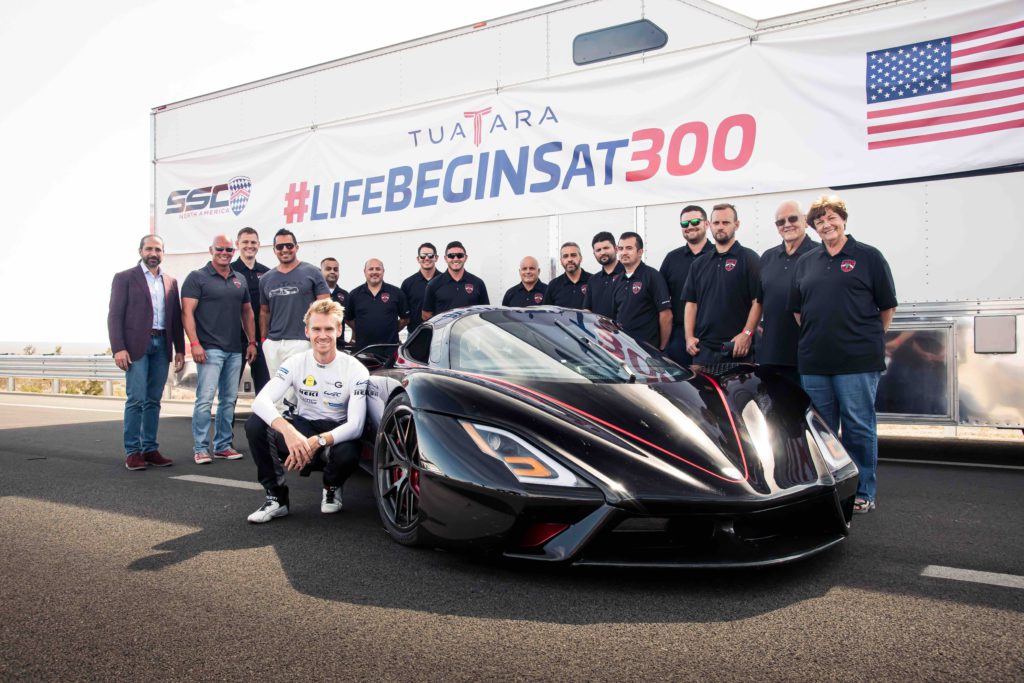 SSC North America has taken the world’s “Fastest Production Vehicle” crown once again. It first held the record from 2007-2010 with the Ultimate Aero, at 256.14 mph. The current record was set in 2017 by the Koenigsegg Agera RS, at 277.9 mph. The 1,750 hp SSC Tuatara hypercar set the new benchmark of 316.11 mph on the same stretch of Nevada highway as the Koenigsegg.  Professional racing driver Oliver Webb was behind the wheel for this impressive record-setting day, where the car saw a max speed of a truly mind warping 331.15 mph. 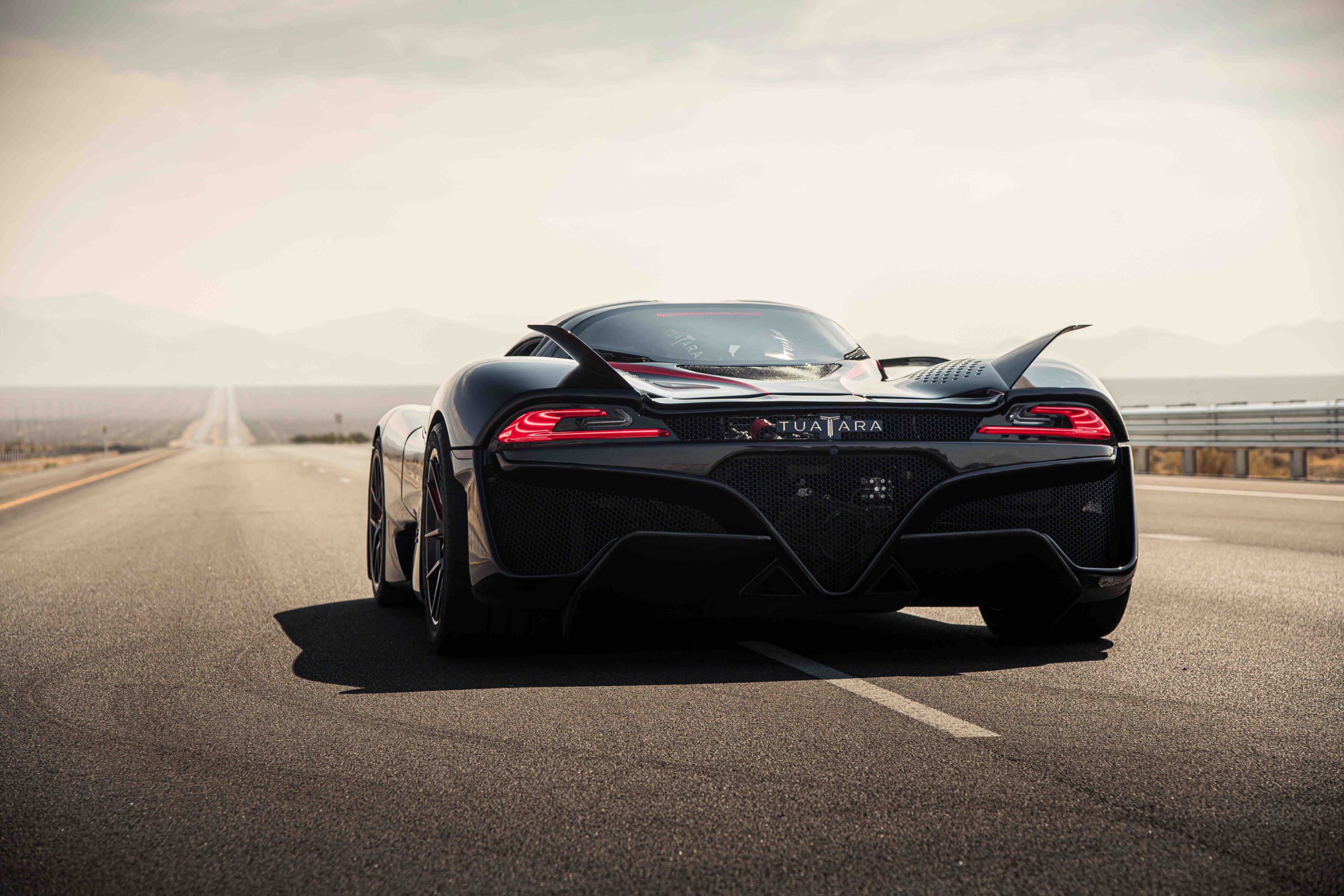 On a chilly morning in the desert about an hour southwest of Las Vegas, near Pahrump, Nevada, Webb strapped himself into the SSC Tuatara and went for the production car speed record on a seven-mile stretch of State Route 160. His first run he hit 301.07 mph and then on his return run he managed an astonishing 331.15 mph. The average of those two runs is 316.11 mph, is the new Guinness World Record for “Fastest Production Vehicle.”

Both runs were completed on a public road, within one hour, in opposite directions on the same route, and in a vehicle identical to what a customer might purchase. All of those things are required to set the official record, along with street tires and non-race fuel. The record also must be witnessed by at least two Guinness World Record witnesses and tracked by a certified GPS measurement system.

“It’s been ten years since we held this record with our first car, the Ultimate Aero, and the Tuatara is leagues ahead. Its performance reflects the dedication and focus with which we pursued this achievement,” said Jerod Shelby, CEO of SSC. “We came pretty close to meeting the theoretical numbers, which is astonishing to do in a real-world setting on a public road. America’s new claim to victory in the ‘land-based space race’ is going to be tough to beat.” 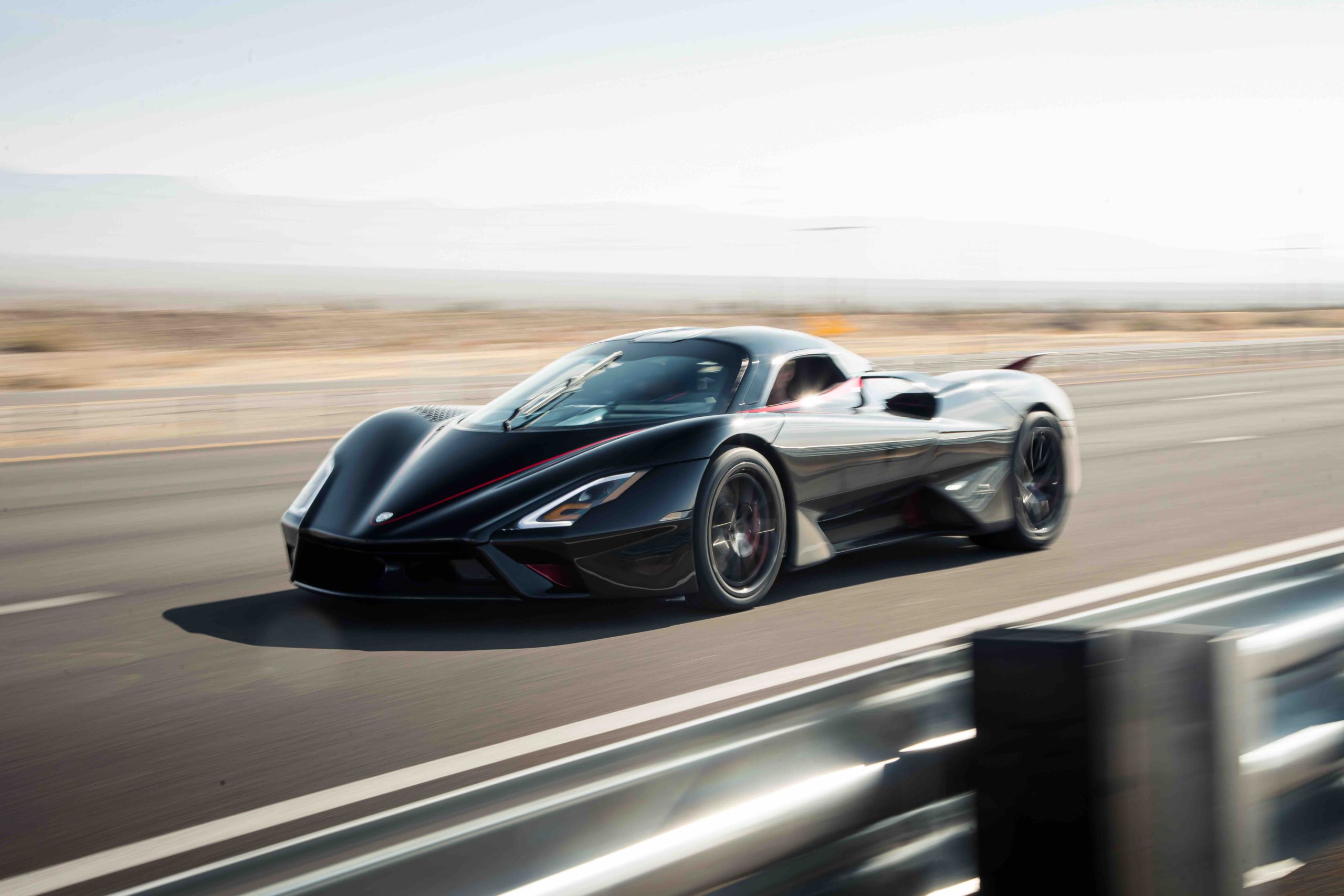 Besides the “Fastest Production Vehicle” record, also known as the fastest production car record, a number of other records were achieved: 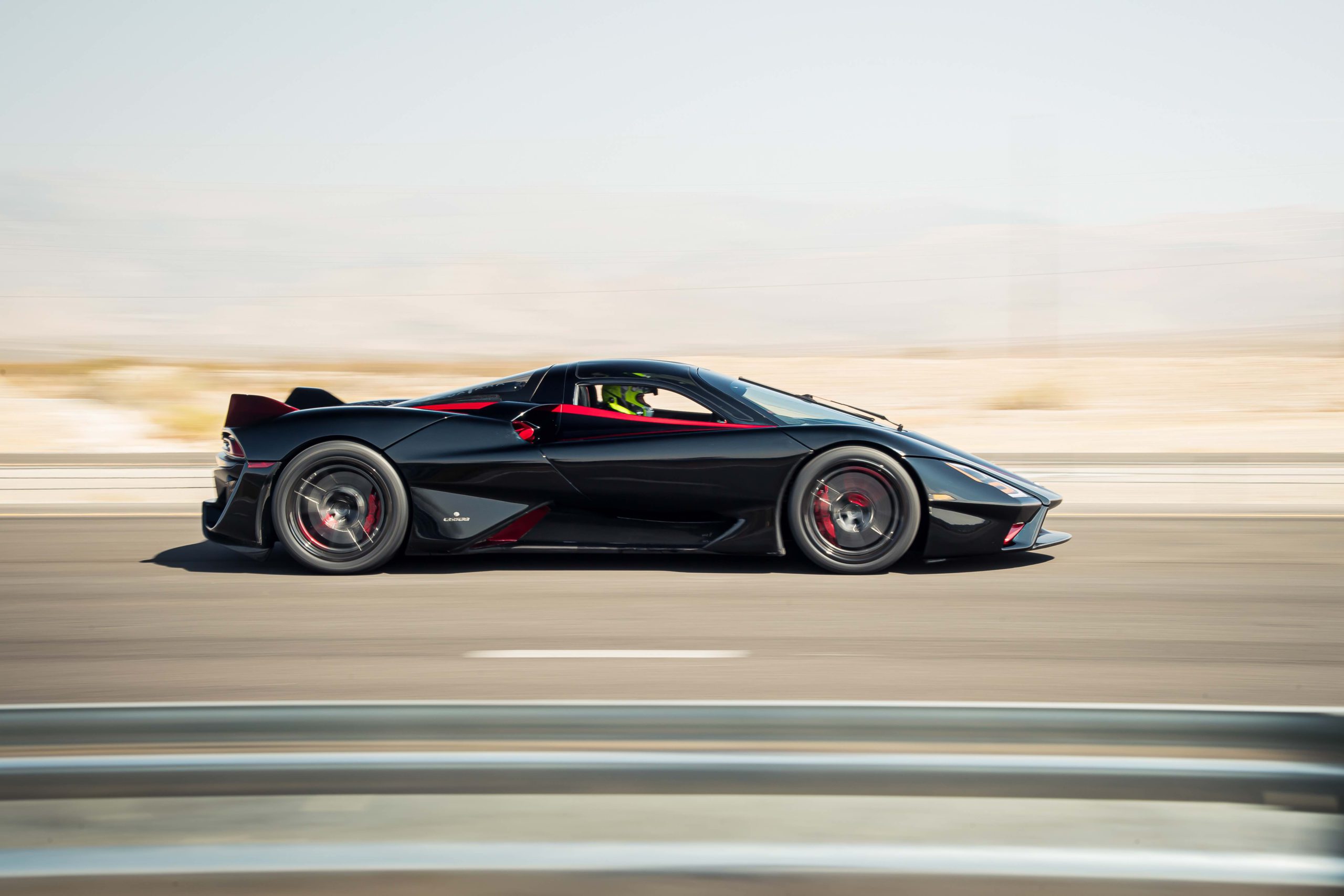 If you’re not familiar with the SSC Tuatara hypercar, don’t be upset. It has largely flown under the radar so far, but this new record is sure to cement its name in the hypercar history books. SSC North America is a hypercar company that has been creating fast cars in Richland, WA, for over 14 years. The Tuatara is their latest insanely aerodynamic and powerful machine, which will have a limited production of only 100 cars at a whopping $1.9Million+ dollars apiece.

To go really fast you first need an insanely slippery shape. The Tuatara achieves a production-hypercar best coefficient of drag of only 0.279. This was achieved through the hard work of world-renowned designer Jason Castriota of Castriota Design. SSC says that from 150-330mph “the car maintained a perfect aerodynamic balance of 37% front and 63% rear, ensuring precision downforce across all four wheels.” 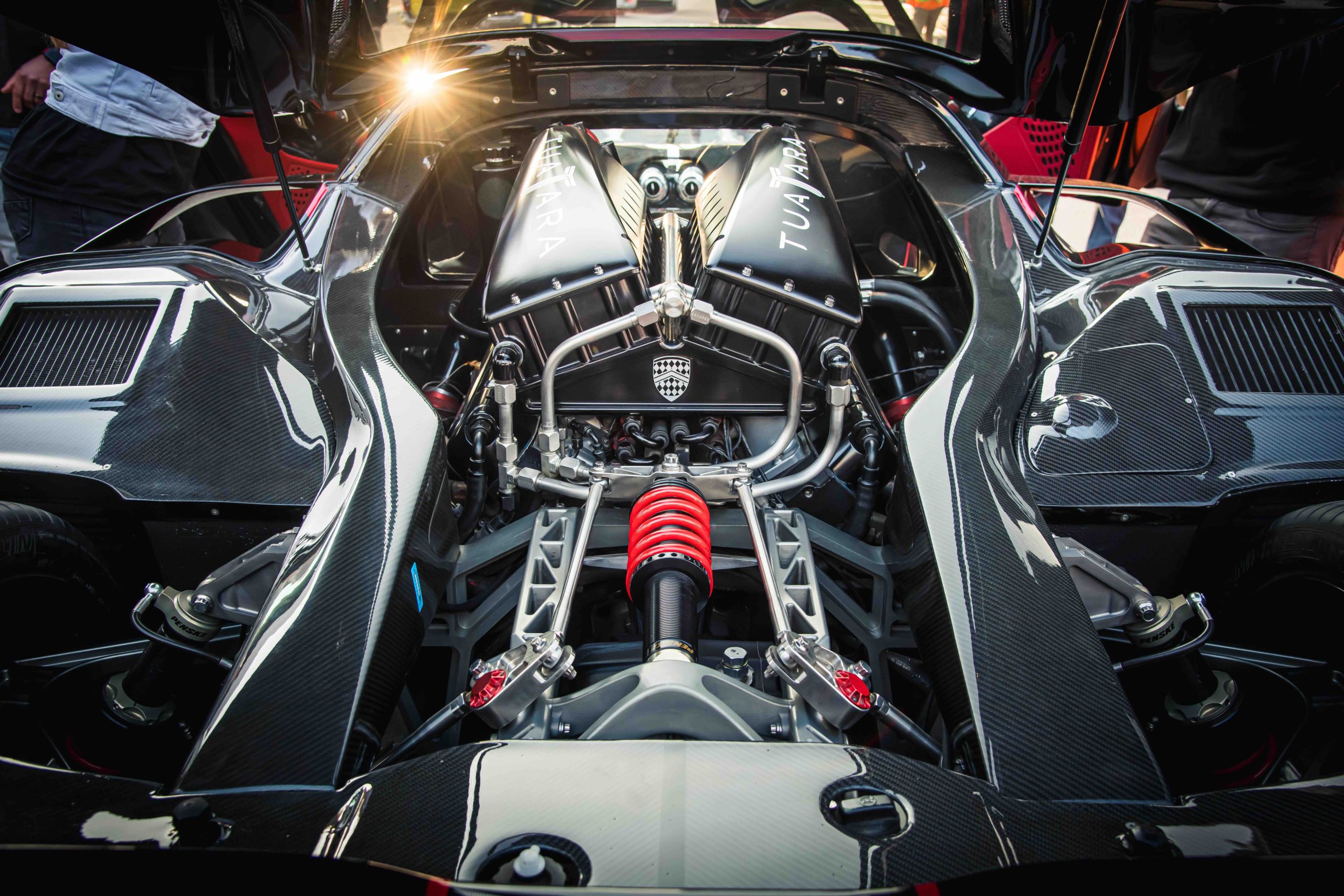 Besides being slippery through the air a huge amount of power is required to propel a car, even one that is only 2,750 lbs, to over 300 mph. The SSC Tuatara has a custom Nelson Racing Engines 5.9L twin-turbo, flat-plane crank engine putting down 1,750 hp on E85. A super-advanced “robotized” 7-speed transmission transfers all that power to the wheels, shifting in under 100 milliseconds. 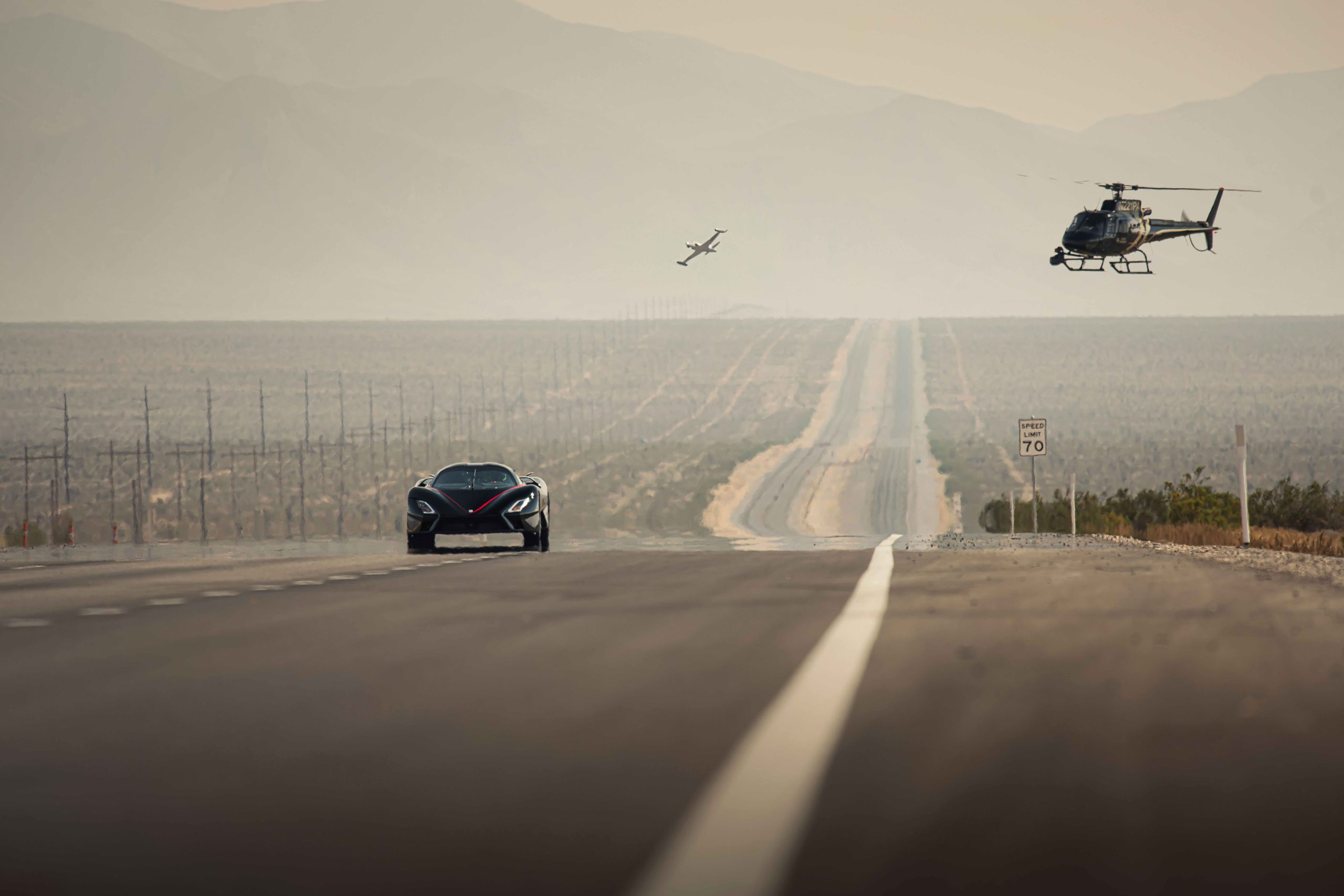 “There was definitely more in there. And with better conditions, I know we could have gone faster,” said Oliver Webb, who piloted the record run. “As I approached 331 mph, the Tuatara climbed almost 20 mph within the last five seconds. It was still pulling well. As I told Jerod, the car wasn’t running out of steam yet. The crosswinds are all that prevented us from realizing the car’s limit.”


10 Forgotten Classic Pontiac Models You Probably Never Knew ...
10 Cheapest Ferrari Cars And Why You Shouldn't Buy Them
The Volkswagen Golf GTI Clubsport Is The Most Powerful Produ...
25 Most powerful Ford cars of all time (from 235hp to 1,200h...
The Advantages of Buying Car Parts Online
Best of 2019 Kia

AutoWise Editor-in-Chief Bryon Dorr has been a life long automotive enthusiast. From the supercar posters on his childhood walls to the massive Hot Wheels/Matchbox collection, Bryon has been dreaming about automotive adventures his entire life. For the past decade, Bryon has pursued a career in automotive photography and journalism. He's worked for a wide range of the top outlets in the overland, off-road, adventure motorcycle, and general automotive media.