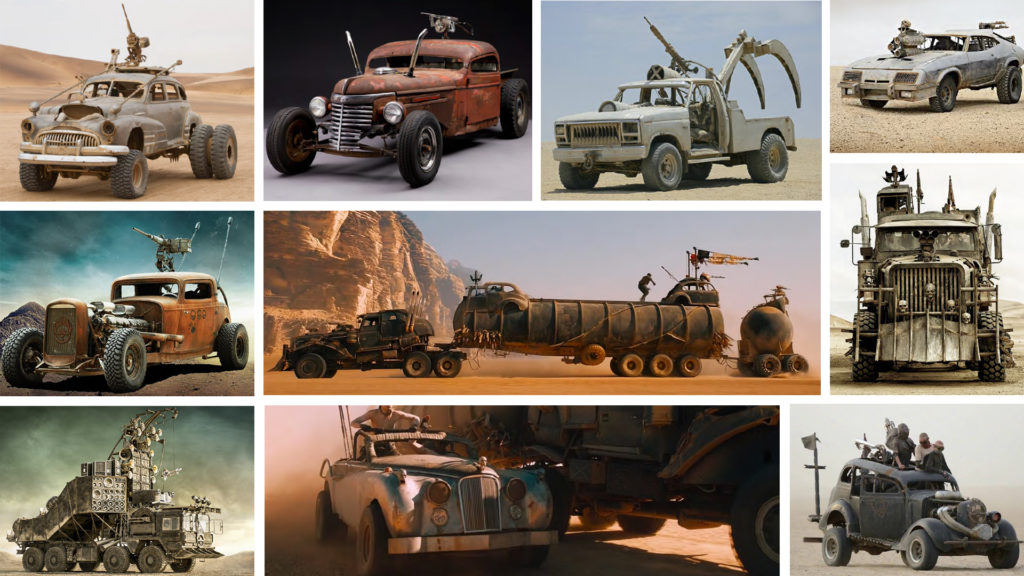 Is the apocalypse just not getting here fast enough for you? Do you fantasize about blazing a trail of violence through a barren wasteland populated by depraved steampunk future-people? Thanks to auction house Lloyds, you can take your apocalyptic cosplay on the road shortly. According to them, somebody found 13 ‘Mad Max: Fury Road’ cars in a barn and put them up for auction. The truck-and-trailer War Rig, the hulking Gigahorse, and Max Rockatansky’s Razor Cola itself are all among the enervating lot. Also up for auction, because I couldn’t not mention it, is the rolling doom metal stage, the Doof Wagon.

It’s all part of the auctioneer’s two-day Grand CARmada Event, which kicks off on Saturday, September 25. Blown? Yes. Supercharged? Yes. Weaponized? Ooh-la-la. Even better? They all run and drive — although road legality is questionable, at best. Here’s a quick guide to the vehicles up for auction.

If you’ve seen “Mad Max: Fury Road,” you’re aware that very little of the on-screen action is fake. Stunt drivers actually performed the chase scenes, driving actual vehicles. Production designer Colin Gibson and his crew custom-built each one for the film — over 150 of them.

During filming, the violence of the task at hand took its toll, and more than a few rigs got destroyed. The story goes that a handful of the survivors got transferred to a barn, where they were kept as a private holding.

The creations are beastly. Some are multiple cars fused together, all are rat-rodded and lifted, dropped, chopped, and otherwise modified beyond non-apocalyptic recognition. 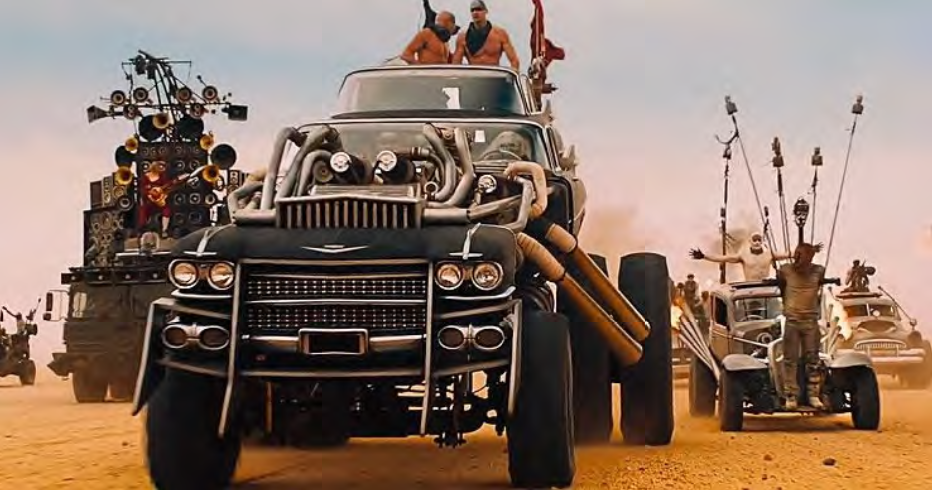 Perhaps more impressive is the Doof Wagon. You probably remember it: it’s the War Boys’ rolling speaker arsenal, with the gimp-esque guitarist strapped to the top. While that blind and disfigured muse, Coma the Doof Warrior, absolutely shredded on his flaming double-neck, four anonymous drummers hammered out the beat on massive timpanis in the back. The platform is an eight-wheel drive M.A.N. missile carrier. And it looks like it even comes with the guitar harness. 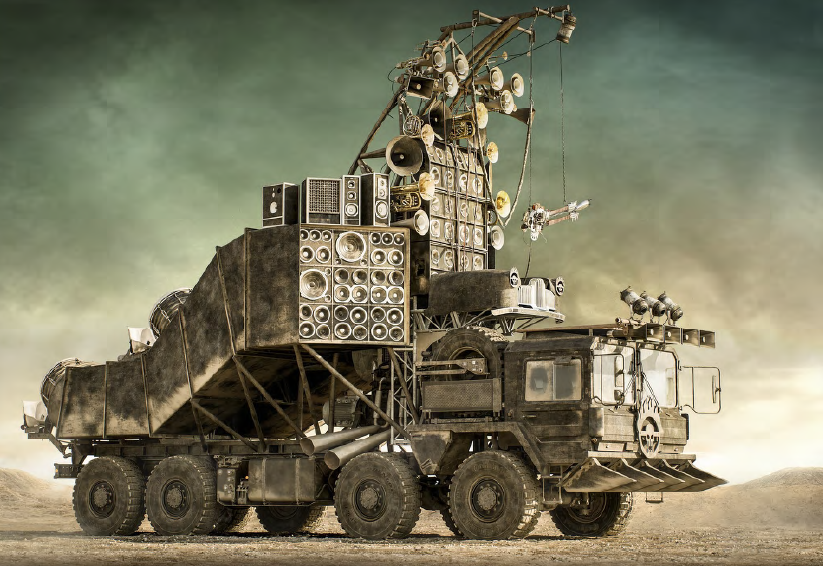 The fun doesn’t stop there; the pole car, which was one of the chopped station wagons with the 20-foot counterweighted poles for aerial gymnastics, joins the fray. It’s a 1956 Pontiac Safari with its rear wheels blown all the way out the back. Win the bid, and you’ll also own Mad Max’s Razor Cola, a 1973 Ford XB Falcon Coupe with a boss V8 blower and big angry down-angled stance. 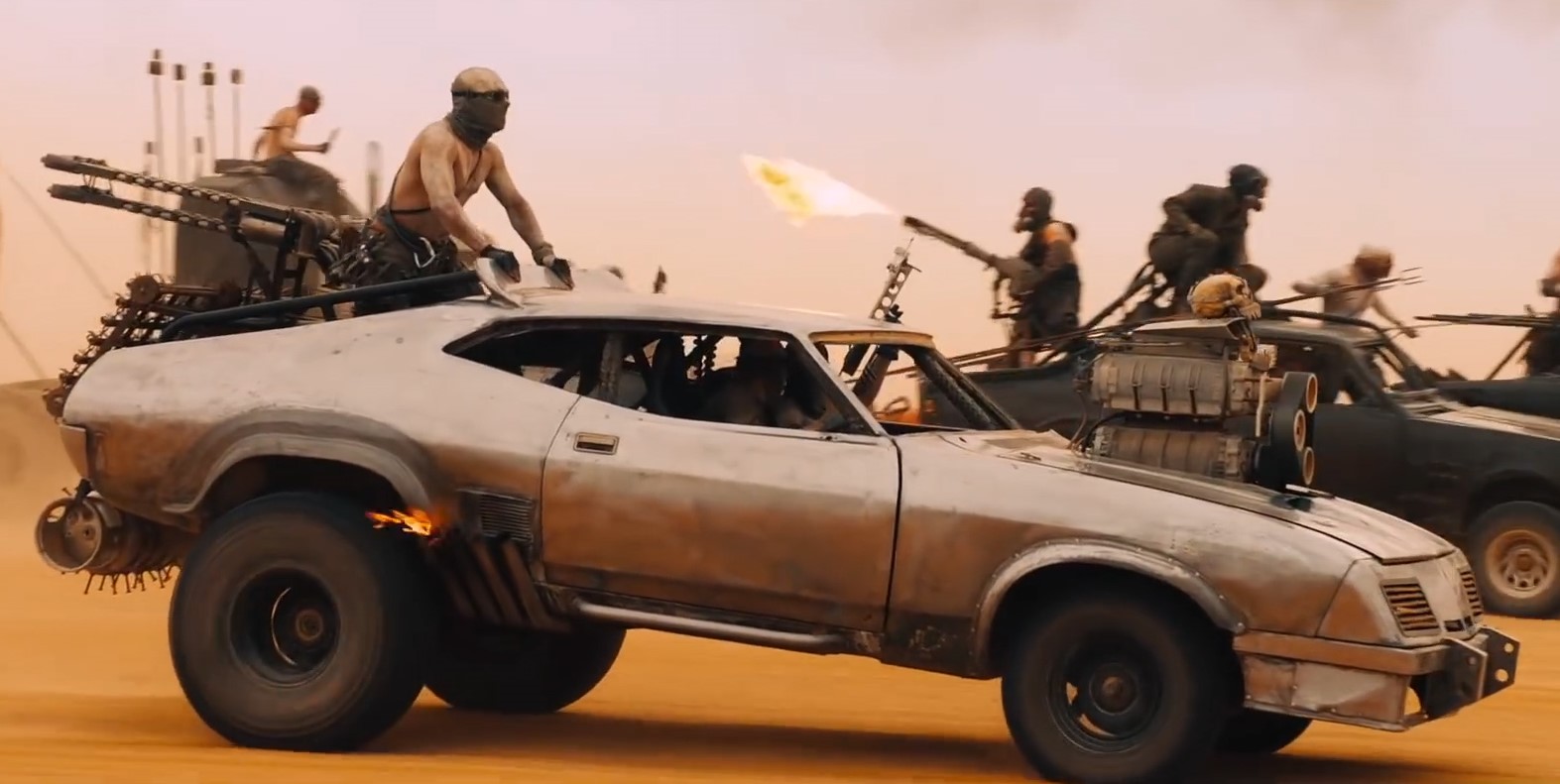 Fueling the fleet would be a task, whether gasoline was the sole global commodity or not. But happily, the auction also includes the War Rig, the armed-to-the-gills tanker that’s as much a lifeline as it is a harbinger of the end of days.

It all goes live at Lloyds Auctions on Saturday, September 25. If you’re in Australia, you can check it out at Lloyds HQ in Carrara or monitor the action via the live stream. Otherwise, just go to Lloyds’ website.