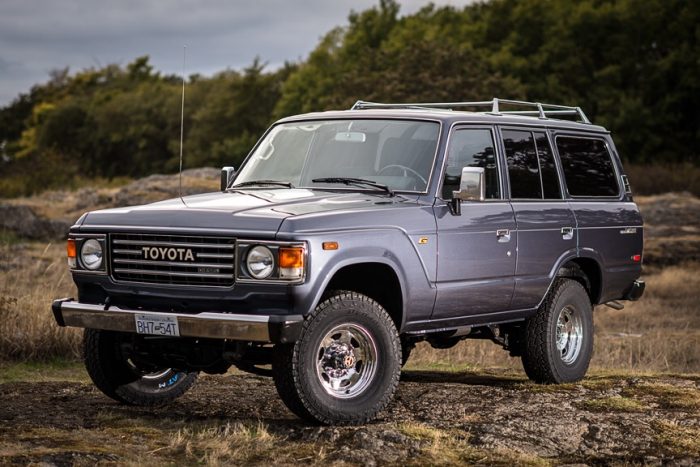 Diesel and vintage might sound like a bad combination, but when taken proper care of, a diesel engine will far outlast a petrol counterpart. A vintage diesel can even be a lot of fun – if you have the time and patience, that is. These rigs make onlookers jealous, monopolize your weekends and steal your extra cash. And that’s why we love them. These are the best vintage diesel SUVs that have stood the test of time. 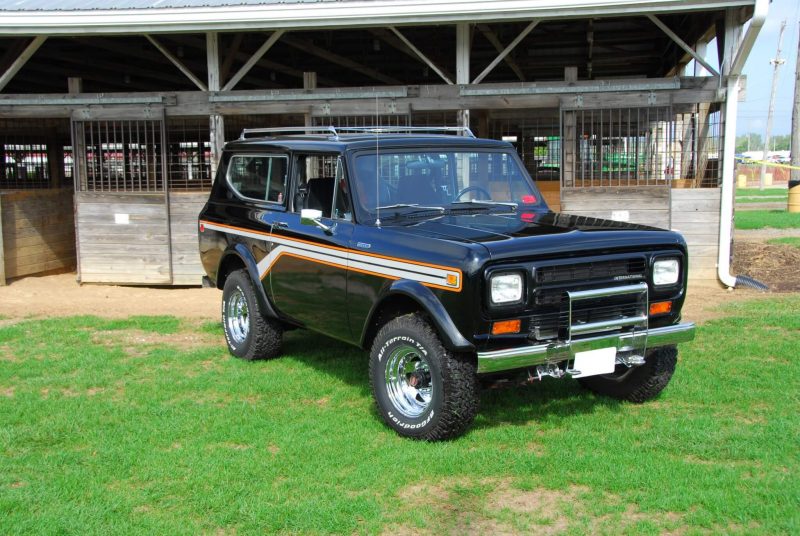 The International Scout is like the Saab 9000 of the SUV world – quirky yet loveable. From 1976 to 1980, the distinctive International Scout II got even better with the addition of a diesel engine. Interestingly enough, the SD33 diesel engine was built by Nissan. The mil had a displacement of 196 cid and made 86 hp. The best year for the diesel Scout, though, was 1980. This is the year when a turbocharger was added to the SD33 engine, changing its name to SD33T, and transforming the Scout II into something even more special. 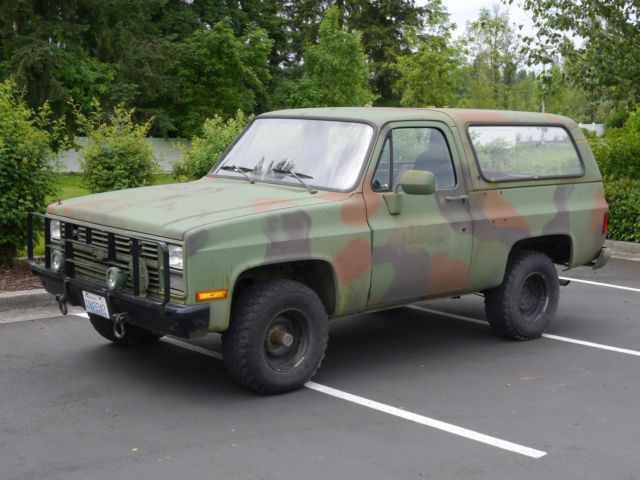 Admit it – Military trucks are cool. And few are cooler than the General Motors M1009 Blazer. In the early 1980s, GM produced its first light-duty military trucks since World War II. GM’s commercial utility cargo vehicle (CUCV) lineup consisted of a 1 ¼ ton pickup and Blazer.  Both were propelled by a gutless, yet reliable, 6.2L Detroit Diesel. The oil burner was rated at an anemic 155 hp and 240 lb-ft of torque.  A TH-400 Automatic transmission and 10-bolt rear axle completed the drivetrain.

To make them battle ready, these rigs were fitted with dual alternators and heavy-duty brush guards. And oh yeah, did we mention they’re covered in a badass camo paint scheme? 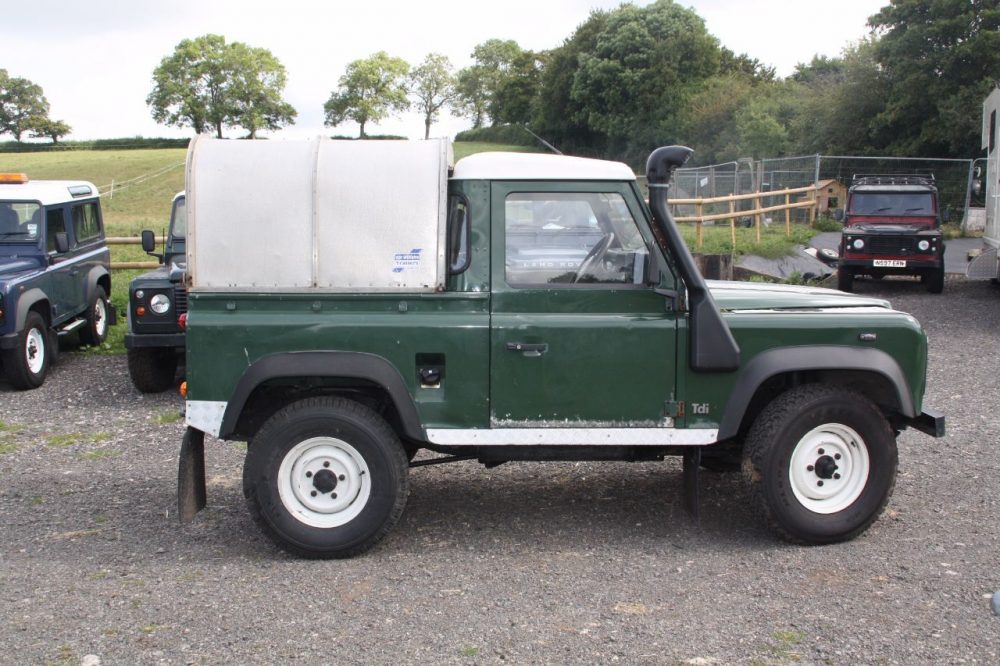 Most Modern Land Rovers come with options like air purifiers and seats that warm your bum. Instead of venturing into the wild outdoors, they’re confined to a strip mall parking lots. But there is one Land Rover built for off-road adventure – the Land Rover Defender. The Defender is a macho SUV that has earned celebrity status over the years. Collectors swoon over its utilitarian appearance and rugged capability. So much in fact, that the Defender has gotten to be quite collectible.

If you have the funds to buy a Defender, look for a diesel. The oil-burner was first made available in 1983 as a 2.5L four-cylinder. The engine made 68 hp in naturally aspirated form and 85 hp with a turbocharger. While these engines weren’t exactly powerhouses, they were bulletproof.  And even David Hasselhoff isn’t as cool as a Defender with a compression-ignition engine. Unfortunately, they weren’t sold in the United States. 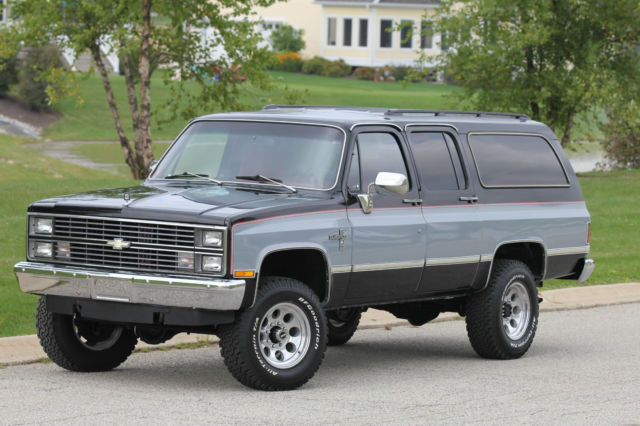 At over 18 feet long, the Chevrolet Suburban was big and bad – especially when fitted with the 6.2L diesel engine. Though the engine wasn’t powerful (it made just 130 hp), it could be fitted with a readily available Banks turbo to increase the ponies. Plus, with a Suburban, you can take up two or three parking spots, making you king of the road. It might not be the best used diesel SUV you can pick, but it’ll be easy to drive and maintain. 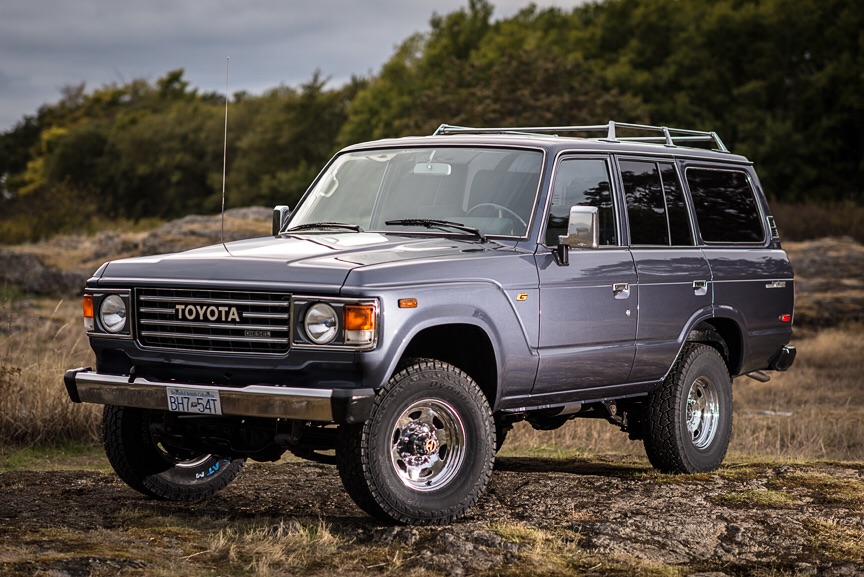 The Land Cruiser 60 Series was sold around the World. It featured incredible off-road ability paired with Toyota dependability. It also had an unforgettable, four-door wagon appearance. Few other rigs could compare. In 1985, the 12H-T turbodiesel was added to the Land Cruiser engine lineup. The only problem? Like the Land Rover Defender, the 60 Series diesel wasn’t sold in the United States. But, if you really want one, we’ve got the internet nowadays. Anything is possible. 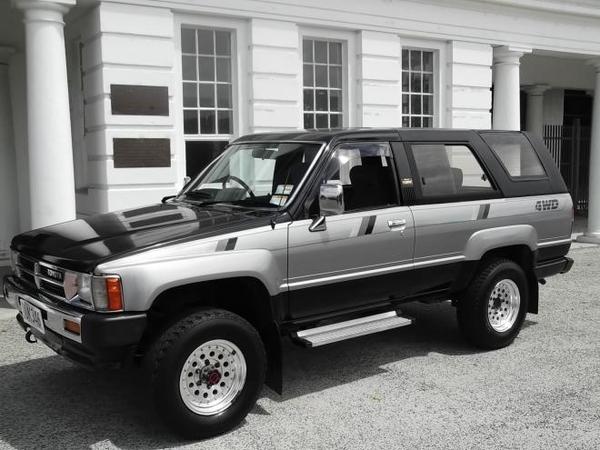 Like the Land Cruiser, a diesel variant of the 4Runner never made it to the states. That’s a shame though because the diesel option made the iconic 4Runner even cooler. The 2.4L diesel engine made its 4Runner debut in 1984, with a turbo version arriving in 1985. This made 1985 the best year since it was also the last time the 4Runner was offered with a solid axle suspension. The naturally aspirated version of the diesel engine made 86 hp, whereas the blown version put out 91 hp. Sure, a smart car makes more power, but it can’t take you off-road while serenading you with the sound of diesel clatter. 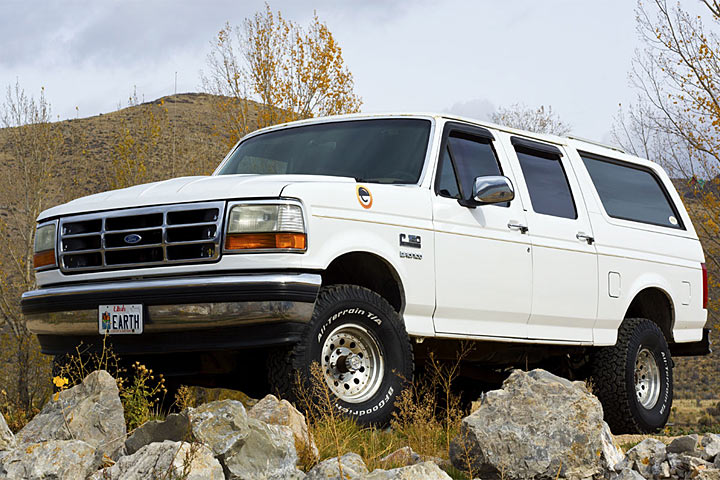 For some reason, Ford wasn’t capable of producing factory-built competition for the Suburban in the 1980s. So instead, the company cobbled together the Centurion. Fortunately, this made-on-the-fly variant of Ford Bronco was pretty cool. It featured four doors and a wheelbase the length of a school bus.

One of the engine options was the venerable 7.3L liter Powerstroke diesel. The surprisingly capable mill put out 210 hp and 425 lb-ft of torque – not bad for the days of MTV and parachute pants.

So, ask yourself – what are you doing driving a wimpy, gas-powered SUV? If you want to stand out from the crowd (in a good way) you need a classic, diesel-powered SUV. Don’t wait any longer, get on Autotrader and find yourself an oil burning, soot-belching machine – because the best used diesel SUV models make for an incredible drive experience.


Watch A Toyota GR86 Drift Around an Abandoned Mall
Supercharger vs Turbo: What is the Difference and Which is B...
Top 17 Hottest 2016 Supercars
10 Best Female Race Car Drivers In Motorsports History (1920...
Let Us Introduce Ken Block's New Audi Hoonitron
What Happened to the British Automotive Industry and Where i...