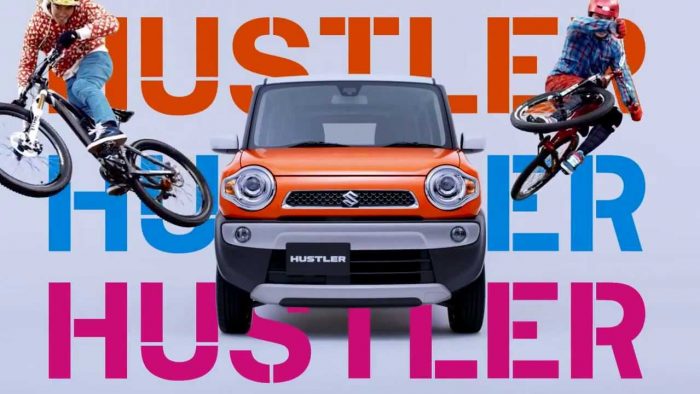 Apparently a random array of English words for a car model name is showroom magic in Japan. We’ve collected some of the most ridiculous combinations for you.

Now keep in mind that not every car sold in Japan has a wild or strange name.  Many use the same names on both sides of the Pacific. But every so often a particular product naming committee comes up with a string of English words that don’t even belong together. And who knows, maybe everyone in the room got to pick one word. But the results can be hysterical. These poor Japanese cars never stood a chance… 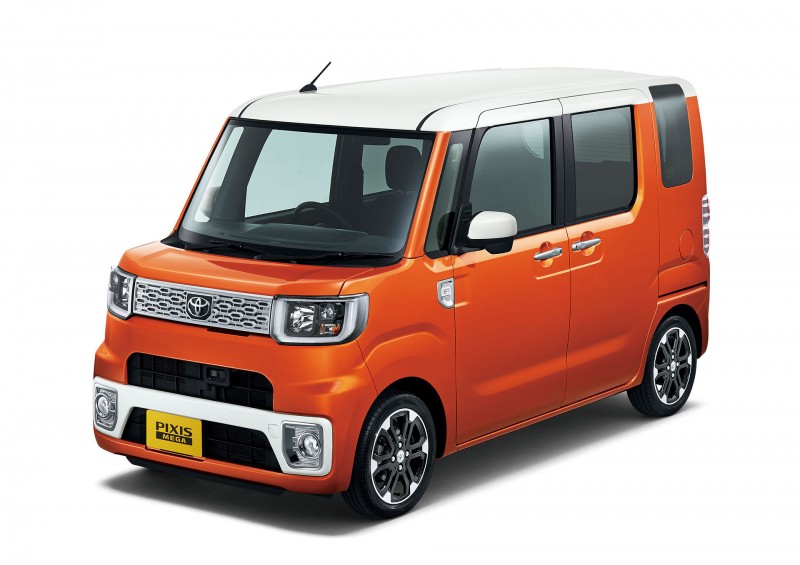 Hey, if Isuzu had sent us the Mysterious Utility Wizard instead of the Rodeo, maybe they might have sold some. Oh wait, they’re the same SUV. Not so mysterious. 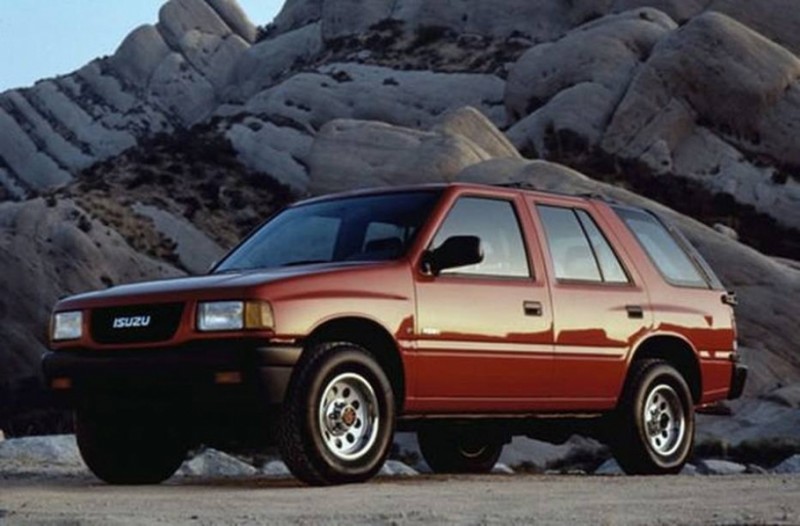 And who wouldn’t want a super-long homy? 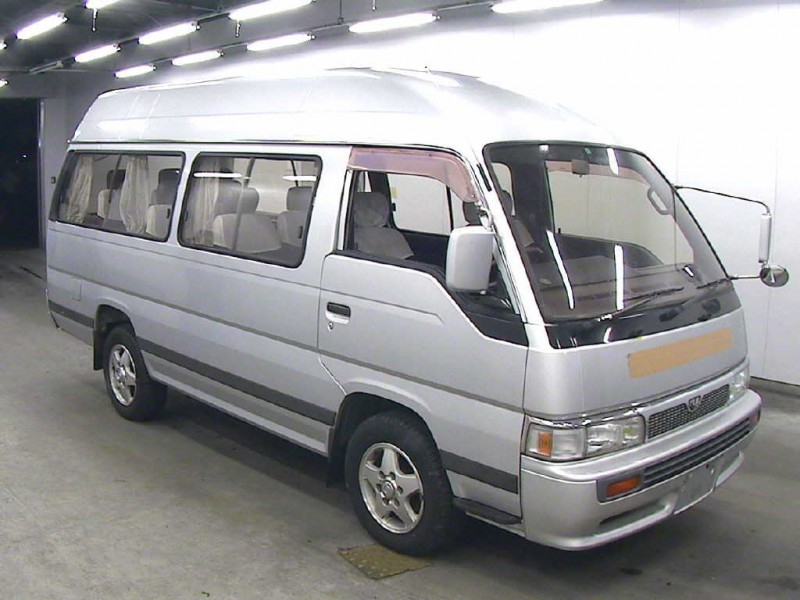 This cool little AWD camper from Mazda is pretty neat, but how of earth they came up with the name is a big question mark. Perhaps the Friendee part is because it’s really only suitable for two people (bring along your friend-e?). Your guess is as good as mine on the Bongo part. 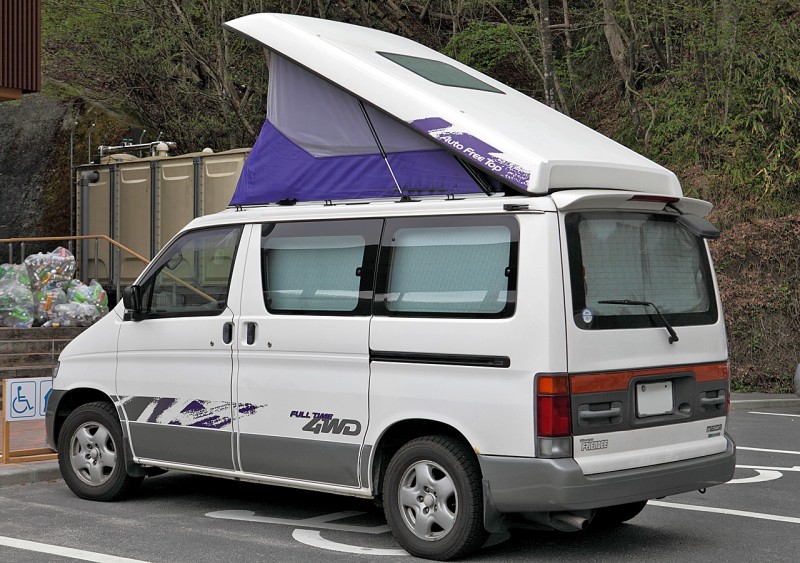 When Honda offered an upgrade package on its small Life car, for some reason the name Dunk was chosen. The only explanation I can come up with is a misunderstanding of the American term “slam dunk”.  Like Honda, Toyota is also guilty of a weird name or two…as you’ll see below. 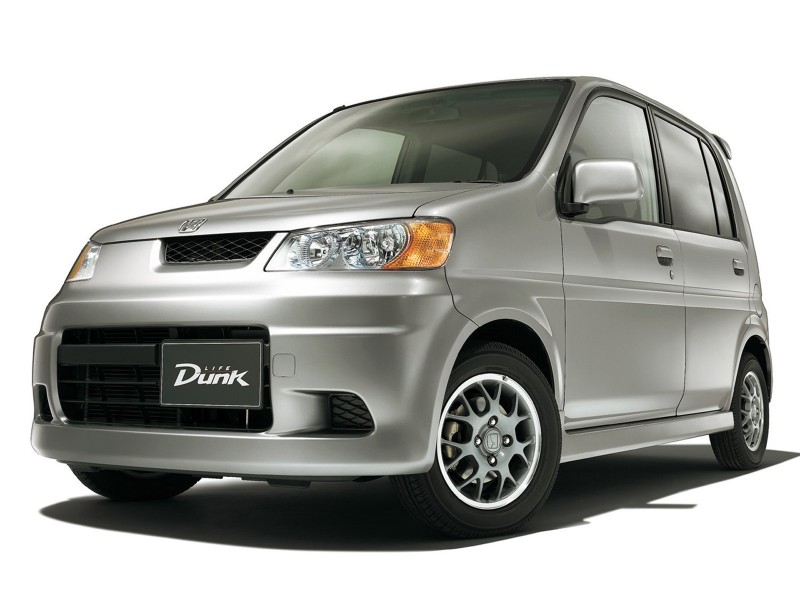 My guess here is that this van was not developed for sandwich shops to use to make deliveries, but rather the name is a portmanteau of the words “delivery” and “boy”. It probably didn’t occur to the group at Toyota that the name could also refer to a teenager working at Subway. Unlike other Japanese car brands though, Toyota can get away with questionable names because the Toyota logo is so good that nothing else matters. 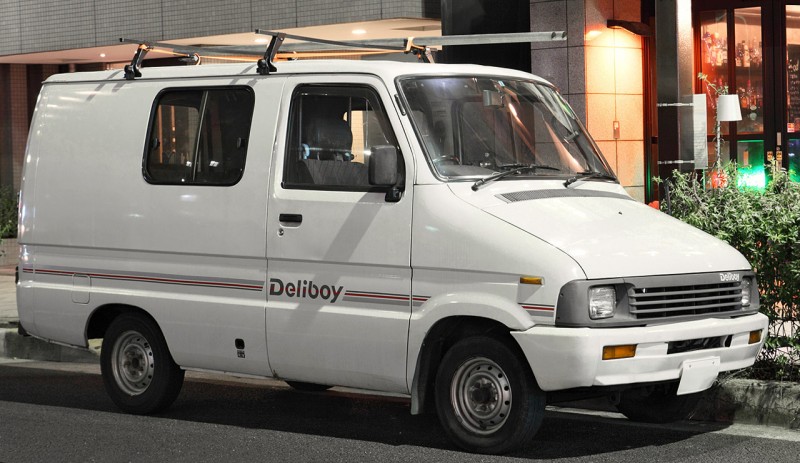 Mitsubishi MUM 500 Shall We Join Us?

Despite the fact that the name makes no sense grammatically, its odd on top of that – but you should expect nothing less from Japanese automakers. To whom are they addressing their question? I thought perhaps this was just a bad translation, but there are the words spelled out in English on the side of the car. Not only does it have a weird name, it’s also one of the weirdest looking cars in the world too. So, shall we join us? 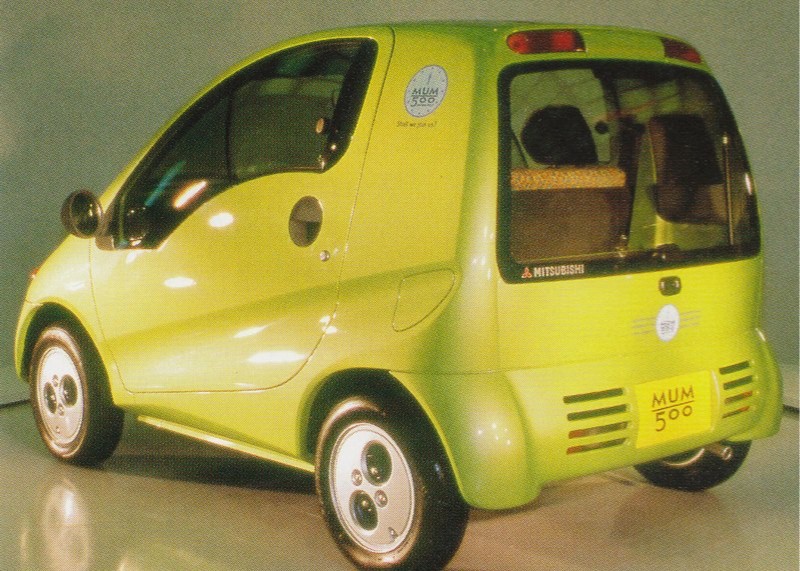 The Every is a small van produced by Suzuki. As if its name weren’t vague enough, there was a version created called the Joy Pop. I’ll leave it to your own imaginations what vision comes to mind when you read that name.

So what is it? A Light Dump or a Giga Dump? 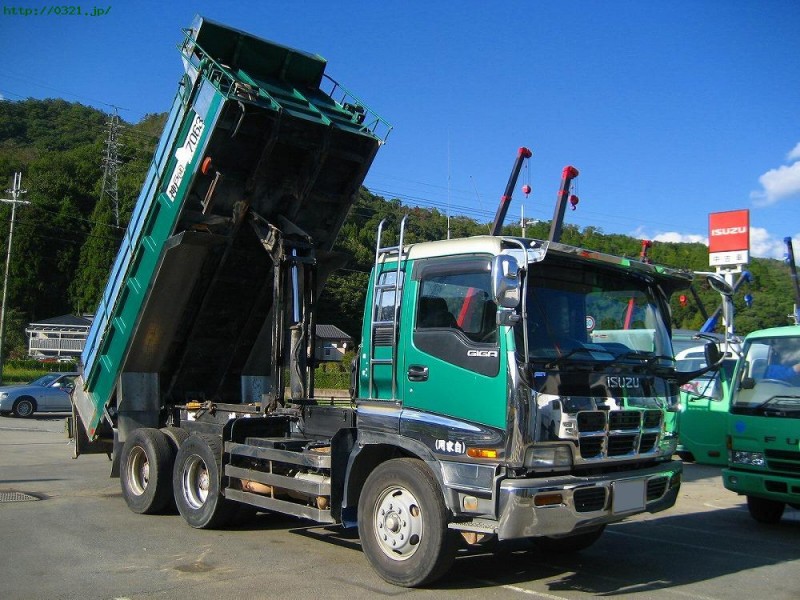 Alright, Mitsubishi: I get the Minica as a contraction of Mini and Car, but where did the name Lettuce come from? Was the name picked during a lunch meeting or was there an attempt to appeal to vegetarians? When you think of the word “lettuce” do you think of Japanese car companies or a salad? 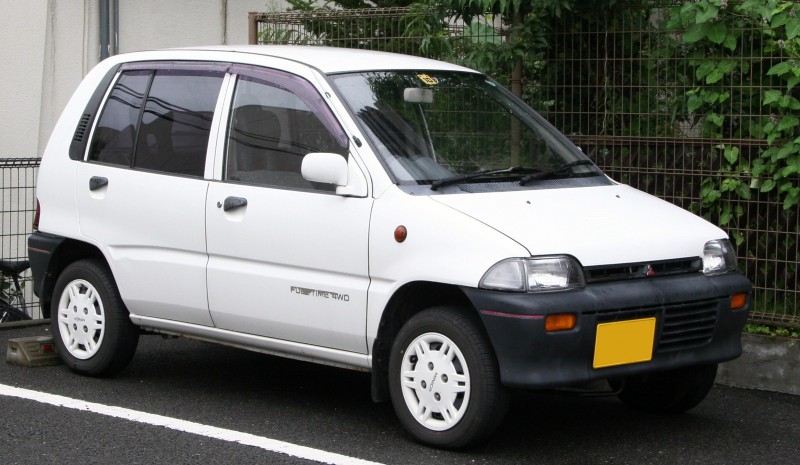 Actually not a bad names for a Japanese auto that’s seen stripped down to the basics, both on the interior and the exterior. Unlikely to work in the US, though. (And by the way, we’re all naked when we’re brand new). 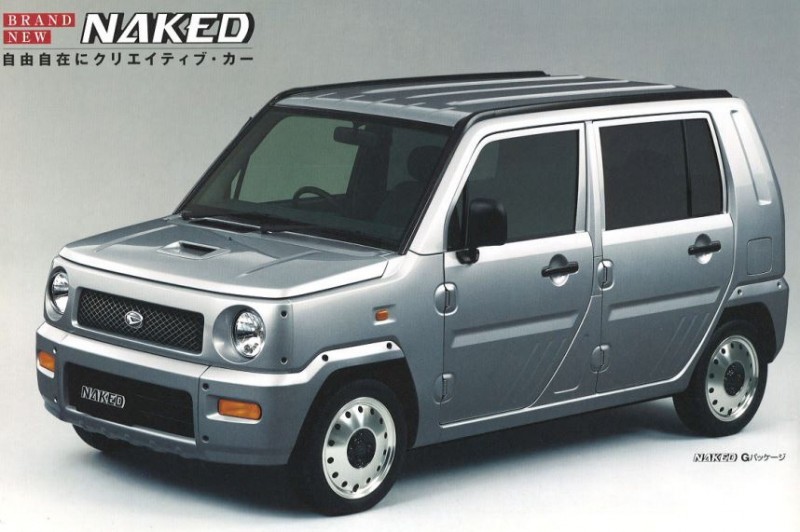 The Legnum was the five-door (station wagon) version of the Mitsubishi Galant. The roots of its name is a mystery but I can imagine that after a company executive riding in the cramped back seat was asked about the car, to which he replied “leg … numb.” This car manufacturer can’t seem to catch a break in the naming department. 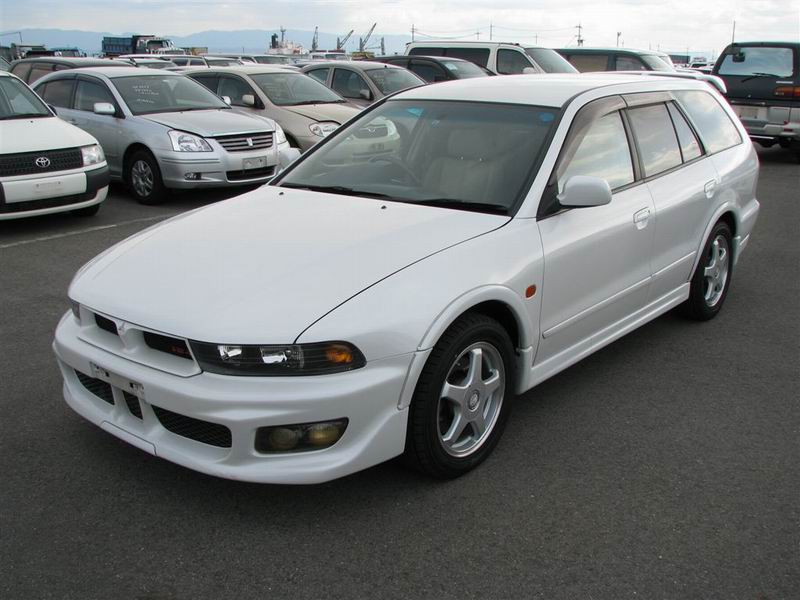 For a period Daihatsu attempted to sell their Charade small sedan in the United States. Perhaps it failed in this market because it was missing its Social Poze. 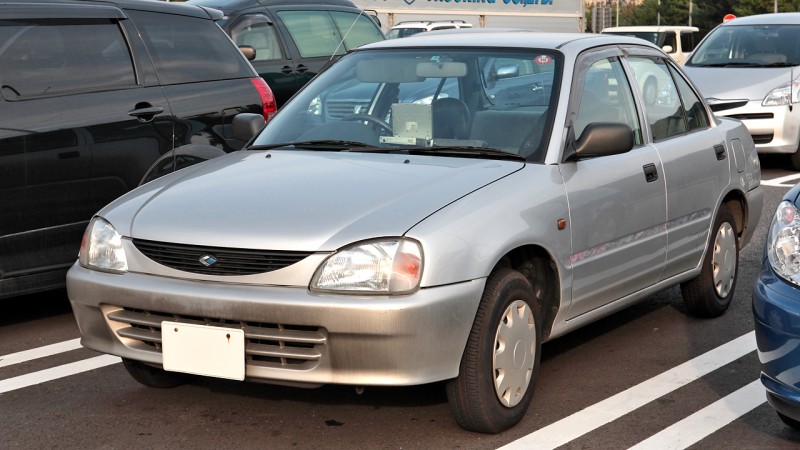 For a period Daihatsu attempted to sell their Charade small sedan in the United States. Perhaps it failed in this market because it was missing its Social Poze.

This very practical looking five door mini-van that appears both nicely styled inside and out has been given the unfortunate name of the Chariot Gandis Super Exceed. It’s sort of like hanging out at the playground and hearing a parent call to their child “Gaylord, come here”, or “Elmo, pick up your toys”. Make me shiver thinking about it. 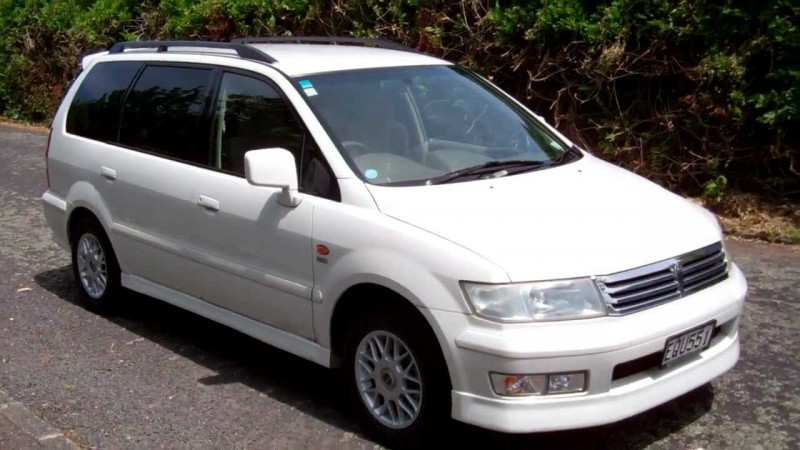