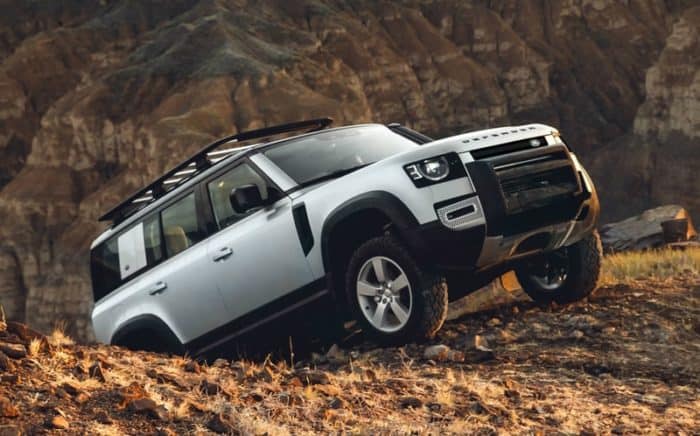 The iconic Defender nameplate wasn’t absent for long. Discontinued in 2016 (in 1997 when it comes to the U.S. market), the off-roading legend is back for MY 2020. Unlike the spartan SUVs of old, the all-new Defender is much more contemporary in every sense of the word. It combines the iconic model’s unparalleled off-road capability with the next-gen Land Rover models’ comfort and tech-savviness. 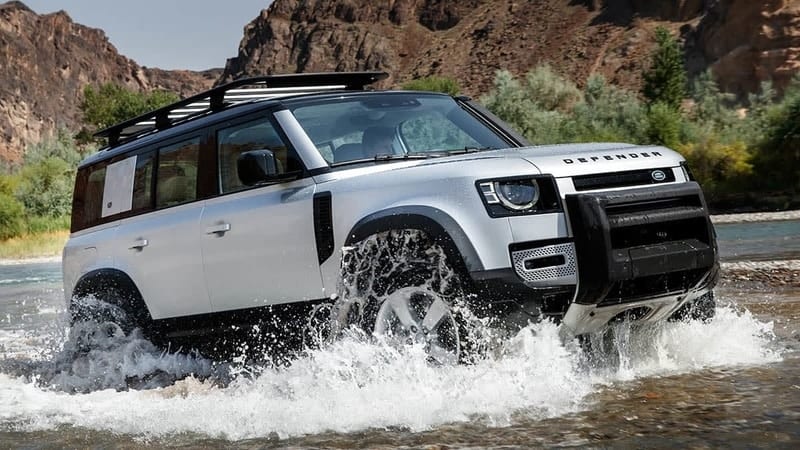 The 2020 Defender borrows design cues from other models within the Land Rover range, but still differs to some extent. It sports a boxy shape with sharp edges all over which is practically a hallmark feature for the iconic SUV. The new Defender also switches to the D7U aluminum unibody platform shared with the Range Rover and Discovery. The Brits have assured us there’s nothing to fear for when it comes to Landy’s off-road performance. Like before, there are two models available: the shorter 2-door Defender 90 and the longer 4-door Defender 110. 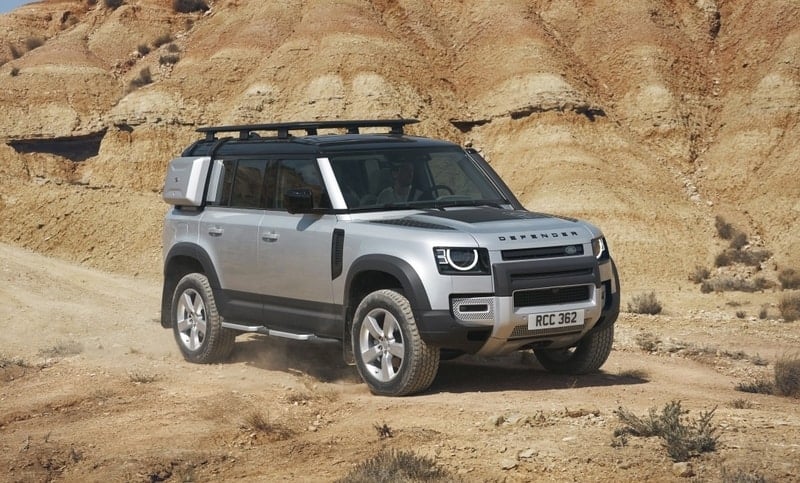 Needless to say, different wheelbases have a huge impact on interior space, but between the Defender’s high profile and extensive dimensions, no passenger should feel cramped inside one. The longer-wheelbase models offer three rows of seating although the third row is only meant for smaller passengers. Meanwhile, even the Land Rover 90 can accommodate up to six passengers by opting for the optional “jump seat” upfront which seats two passengers instead of one, and a second-row bench for three. Cargo space amounts to up to 78.8 cubic feet in the Defender 110 with rear rows folded. Meanwhile, the Defender 90 offers 58.3 cubes at most. The story is slightly different from all seats being upright as that way the 90 takes home the trophy with 15.6 cubic feet of room, while the 110 provides only 10.7 cubes of cargo volume.

The latest technology and driving aids are another important part of the next-gen Defender which aims to distance itself from the spartan past that made it popular in the first place. A 10-inch screen dominates the center stack which is also populated by a shift lever and climate controls. As mentioned above, the 2020 Land Rover Defender is much more comfortable and luxurious than its predecessors, with materials being on-par to those of other plushier models within the Land Rover lineup. 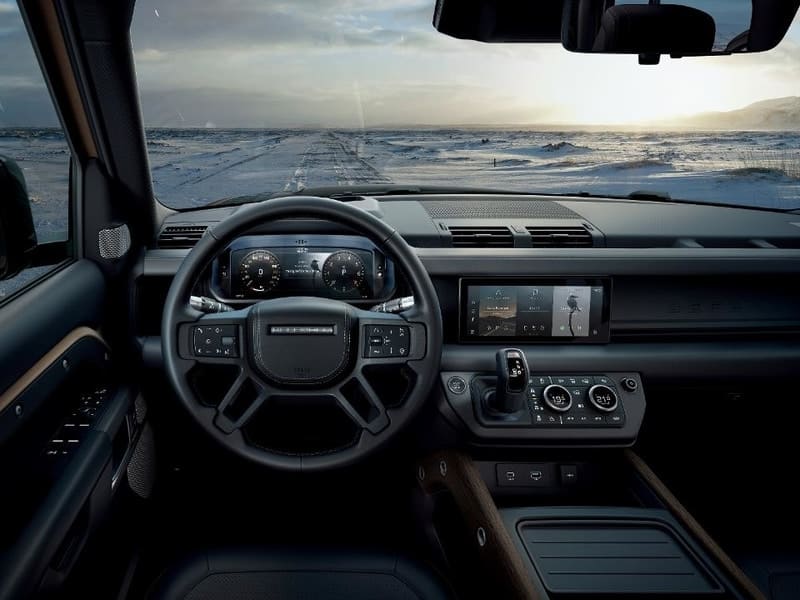 Speaking of advanced driver’s aids, blind-spot monitors are standard across the range, but you’ll still have to pay extra to get pretty much everything else including automatic emergency braking, active lane control, parking sensors, adaptive cruise control, and a surround-view camera. There’s also a new camera system that virtually removes the hood – perfect for off-roading.

The initial U.S.-spec Defenders are powered by a familiar Ingenium 2.0L turbocharged 4-cylinder engine with 296 hp and 295 lb-ft of torque. Later on, the British will add a more powerful 3.0L turbocharged straight-six paired with a permanent-magnet electric motor and a lithium-ion battery pack for combined 394 hp and 406 lb-ft. Naturally, both engines come with mandatory all-wheel drive setups and a smooth-shifting ZF 8-speed automatic transmission coupled with a 2-speed transfer case. They can also tow up to 8,200 pounds of trailer. Overseas markets will also get a couple of diesel options, one of which might or might not make it stateside.

The next-generation model sports a fully independent suspension (double wishbones up front and a rear independent integral link at the back) for improved comfort and ride quality, with air suspension being optional, but don’t fear for its off-road capabilities – they’re as legendary as ever. With 11.5 inches of ground clearance and 10 inches of front suspension travel, the new Defender can ford water 3 feet deep and its wheels can articulate more than 20 inches. All these stats are better than comparable Jeep Wrangler Rubicon figures.

What the British are also about to bring our way is the first hybrid Defender in history which, however, won’t be ready for MY 2020. Whether a mild-hybrid or a full plug-in setup, the all-new Defender won’t be able to defend itself from the imminent electrification process. The former option might mean a shared engine with the aforementioned Range Rover Evoque, while the latter might mean the new Land Rover Defender will get the Range Rover’s 398-horsepower setup. Even a fully electrified new Defender shouldn’t come as a surprise, but we’ll probably have to wait a few more years to see one. 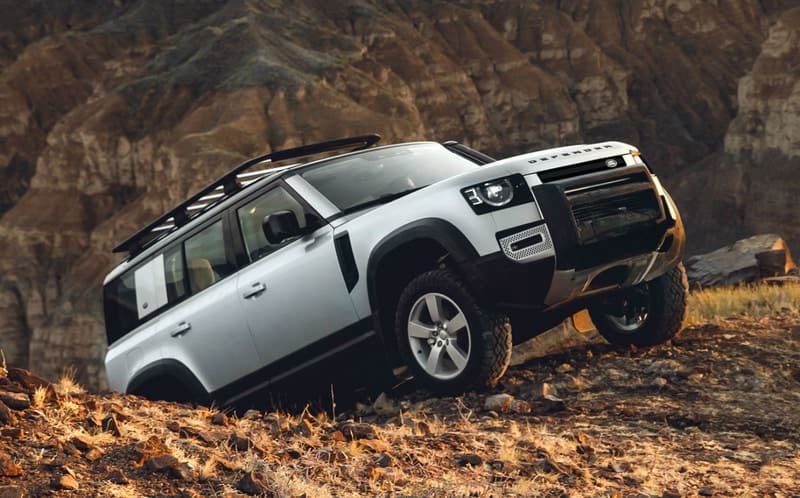 The EPA still hasn’t gotten ahold of the new Defender but the British are promising around 21 mpg combined for both engines. Prices start at $50,925 for the long-wheelbase Defender 110 and can easily work its way to beyond $80,000, while the 2-door Defender 90’s sticker still hasn’t been disclosed. The former arrives in early 2020 while the latter won’t be available until later in the year.

The 2020 Land Rover Defender returns after a short overseas hiatus and a particularly long U.S. one and instantly retakes the spot reserved for the most capable off-road SUV on the market; at least in theory. How will that turn out in practice, remains to be seen? 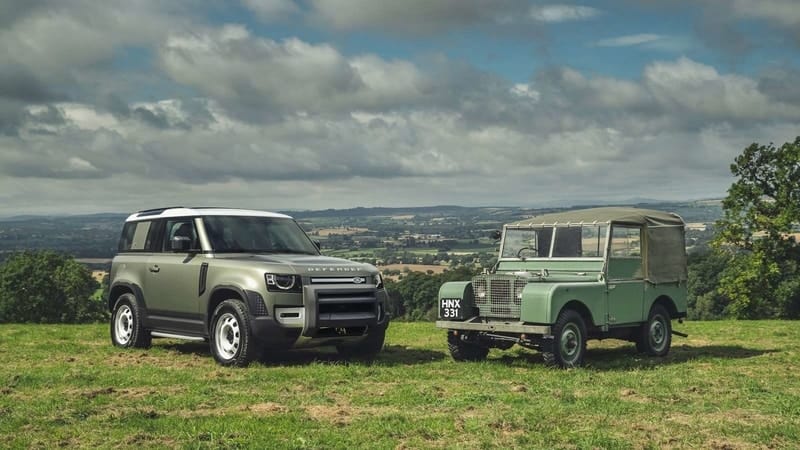 
The Best of 2021 Kia
The Best of 2021 Maserati
Only Big Supercharged V8s For All 2022 Jaguar F-Type Cars
The 2022 Acura MDX Is Not a Frumpy Family Hauler
BMW Electric Wingsuit: Publicity Stunt Done Right
The Coolest CAR-B-Q Grills Around for Cooking Out this Holid...