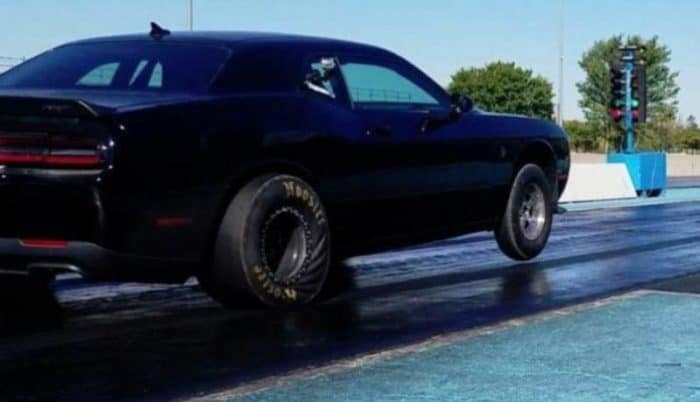 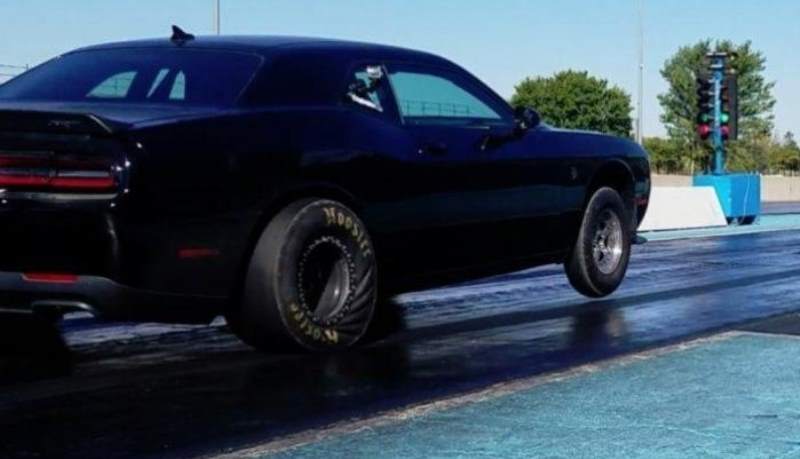 We have heard about this Hellcat before when it reached the quarter of a mile checkpoint at 9.06 seconds in May this year. Obviously, Epling Garage made some tweaks and made the car even faster.

Term “stock” was used quite loosely these days. While some do consider this Challenger Hellcat to be mainly stock, there are some serious mods and power aids which make it possible to break into eights on the drag strip.

Is the Fastest Challenger Around Stock, or Isn’t It?

As I found out, this Dodge Challenger Hellcat stretches the word stock as much as possible. In that regard, the mods Epling Garage made include a serious supercharger upgrade. Now, with slightly thinner pulley, it provides the engine with more boost. New fuel system, on the other hand, feeds the engine with more fuel. And then there’s a freaking Nitrous setup. All that complemented with a Q16 race gas tune.

Other important changes include the introduction of the Liberty racing manual transmission, Liberty shifter, and special clutch to transfer all that power to the drive shaft of the world’s fastest Hellcat.

Sure, this made the Challenger Hellcat quite different compared to the machine that left the production line. Furthermore, it received smaller brakes in order to enable the small 15-inch wheels to fit the front and back. One would need a lot of grip with it obviously.

Honestly, the only thing “Stock” in here is the engine which has not been opened since leaving the production line despite so much added parts to it.

Additionally improving its straight-line performance, guys at Epling Garage seriously lightened the fastest Challenger by removing the seats. Still, the car weighs in at a rather massive 4,000+ lbs. 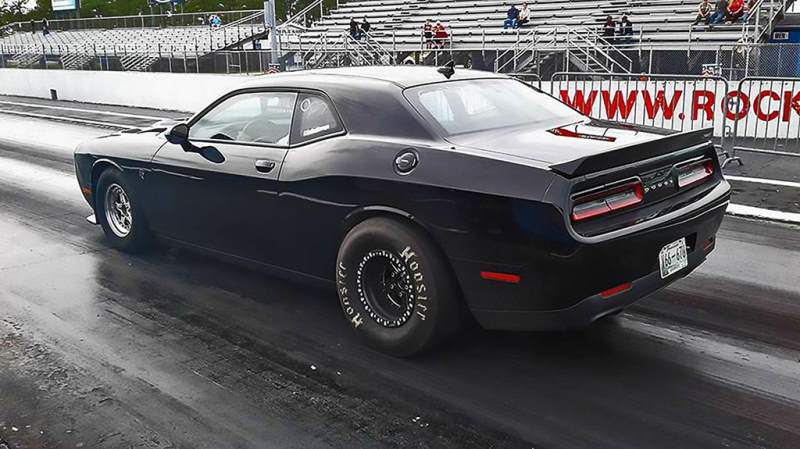 Interestingly enough, the changes to the car since its 9.06-second stint haven’t been that profound. Apart from the fastest Hellcat receiving a two-step ignition and a new ECU setup by High Horse Performance, everything else remained the same. Except for the drivers which had a whole lot more driving time to develop their skills and learn how to best utilize this fantastic Dodge Challenger Hellcat by Epling Garage.

I do not want to leave you disappointed, so here is what the fastest Challenger accomplished regarding speed: 156 mph! I cannot wait to see the next tryout.