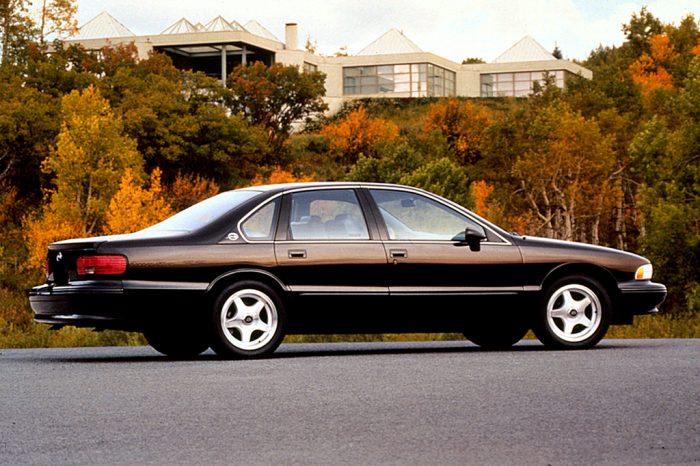 Not all Muscle Cars are wrapped in a coupe or fastback body. Some have their massive engines lurking in the engine bay of an innocent looking sedan, waiting to pounce on the unsuspecting.

Arguably America’s first muscle car, the 1949 Oldsmobile 88 combined the new 135 HP, 303 CID overhead valve Rocket V8 engine topped with a dual plane manifold and a two-barrel carburetor from the bigger, heavier Olds 98 into a lighter, more streamlined design which was just 202-in long, almost the same as a 1970 Chevelle.

Its top speed was just 97 mph, and a lesiurely13 seconds would pass until the car reached 60 mph (not much of a problem as work didn’t start on the US Interstate Highways until 1956). The full potential of the engine was limited by the fuel of the day – finding 88 octane gas called for a cold beer – so the compression ratio was a low 7.5:1. By 1953 as better gasoline became more widely available, a four barrel carb was could be ordered with a compression ratio of 8.0:1 for 165 HP.

However, with the introduction of the new Chevy V-8 in 1955, it was clear that spotlight would soon shift away from the Rocket 88 to the small block Chevy, where it’s remained since. 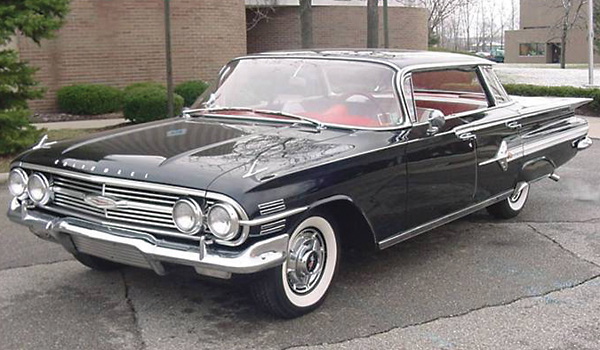 You’ll probably have wondered by now why the 1955-1957 Chevrolet models have been skipped. Certainly the styling of the Tri-5s have endured, and they introduced the small block Chevy to the world, but there was nothing particularly performance-oriented about them.

The next step was the introduction of the big block in 1958 and the Impala Sports Sedan of 1960. It could be ordered with a 350 HP 348 CID V-8 with 11.25:1 compression ratio and topped with three Rochester two-barrel carbs. A close-ratio manual transmission  was available as well as a Posi-traction differential. The car was capable of a low 7 second 0-60 run. 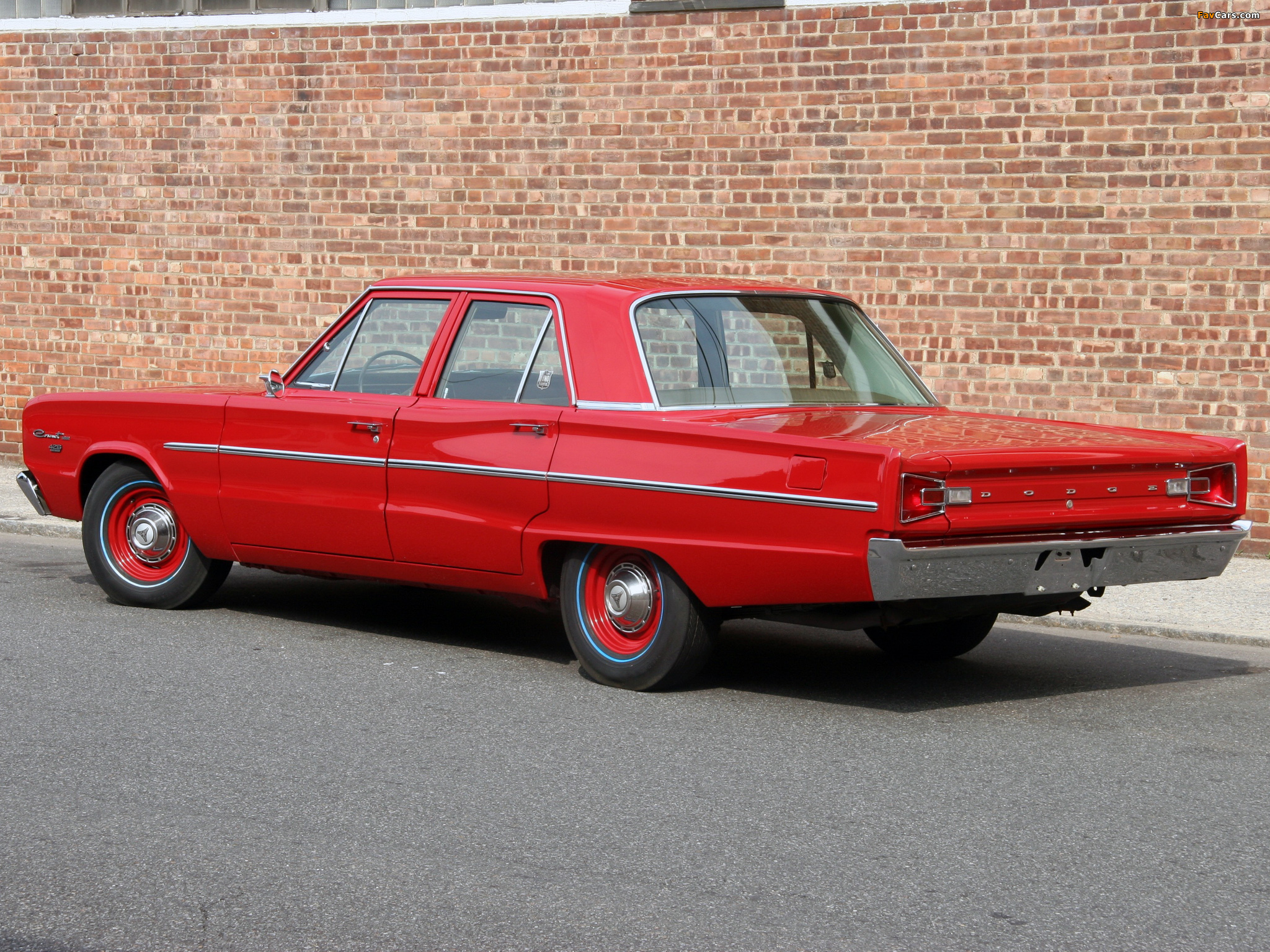 Chrysler never intended to sell the 426 Hemi to the public. It was designed primarily for NASCAR racing but was not allowed to compete in the 1965 season due to its lack of availability in production vehicles sold to the general public. So Chrysler introduced the “Street” Hemi in 1966 for its intermediate range of cars and sold the required number of Hemi engines to the public to qualify for NASCAR and NHRA competition.

The Street Hemi was the basically the same as the racing Hemi but with lower compression 10.25:1 down from 12.5:1. The Street Hemi version was rated at 425 HP with two four barrel carburetors, which had been verified by independent tests. Needless to say 0-60 is impressive, a very quick 6.1 seconds (the same as a Ferrari 250 GTO).

The 426 CID Hemi for the 1966 model year could be ordered in any Dodge Coronet model or trim level. No Hemi-powered Coronet wagons have been verified, but a few Coronet Deluxe four-door sedans are known to exist. A total of just 136 Coronet 500 Street Hemis were built for 1966 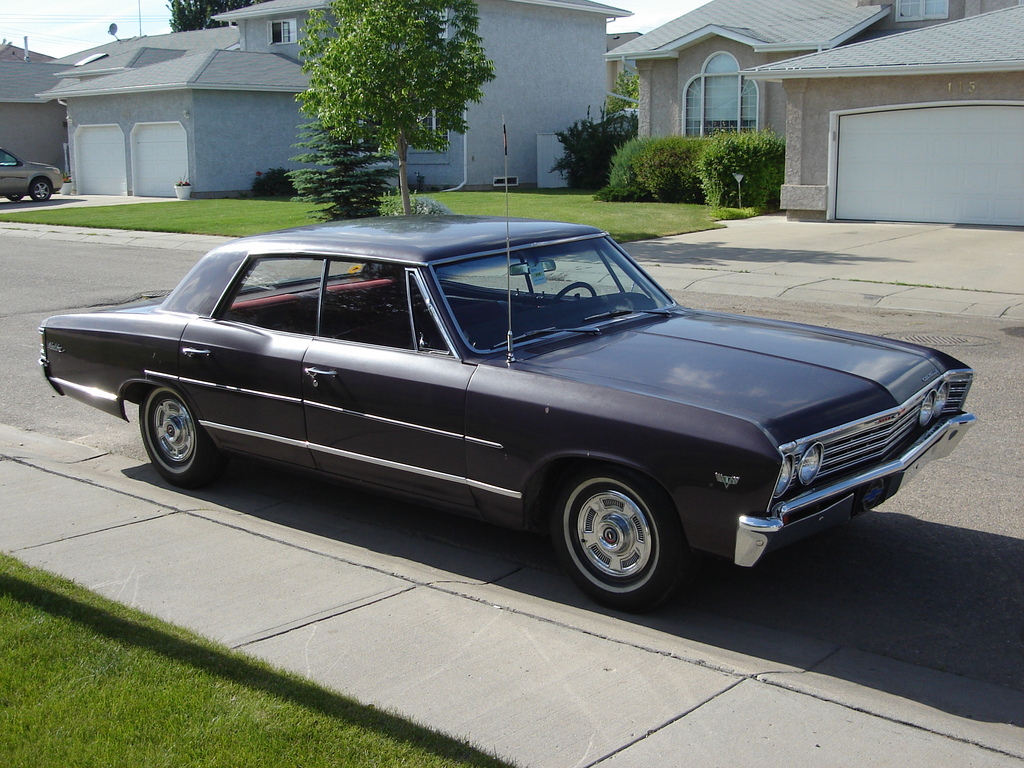 By 1967 the Chevy block had matured into the excellent L79 performance engine. Available in just about every version the 1967 Chevelle, the 327 V-8 – the first with a hydraulic high-performance cam –  produced 325 HP and was available backed by a four-speed manual transmission. 0-60 took just 6.6 seconds (remember, narrow bias tires and no traction control other than the driver’s foot). Quarter mile times were a respectable 15.1 seconds (again on narrow OEM rubber). Dad, can I borrow the car? 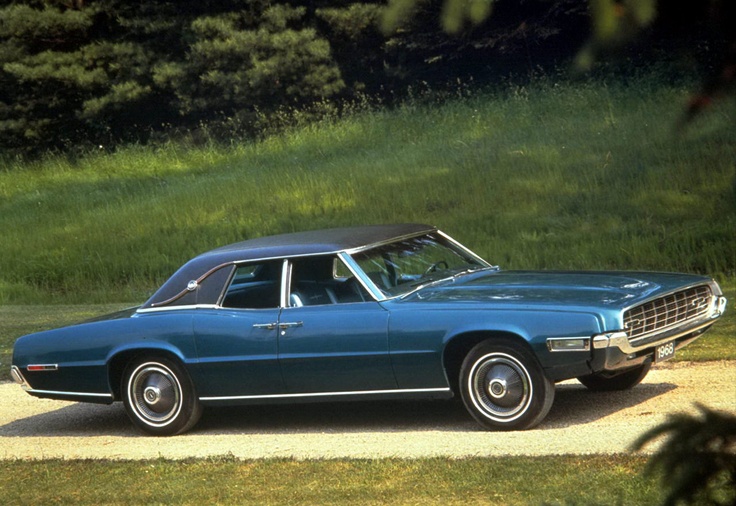 Okay, I know your first thought it, what is a Thunderbird doing in a list of Muscle Sedans, and your immediately second thought is, weren’t Thunderbirds mostly two doors, anyway?

For a brief time, just a minute before Federal regulations weigh down cars with heavy bumpers and strangled power through emissions control, Ford built a slightly longer four-door version of the Thunderbird, which they embarrassingly named the Fordor, from 1967 to 1971. It featured smaller suicide doors to access the rear seats, with small rear side windows to retain the large vinyl-covered C pillar with its faux Landau irons.

What made this ‘bird special was the motor:  the brand-new “385” series motor, the 429 Thunder Jet. With a cylinder head design similar to the venerated Boss 302 and 351 Cleveland engines, a four-barrel carb and 11.0:1 compression ratio, the Thunder Jet produced a conservative 360 HP and could be ordered with a  3.00:1 rear axle ratio with a limited-slip differential. At a bloated  4563 lbs curb weight and an 8.8 second 0 – 60, it wasn’t going to win any drag races. But I bet it was a fun car for blasts through Montana. 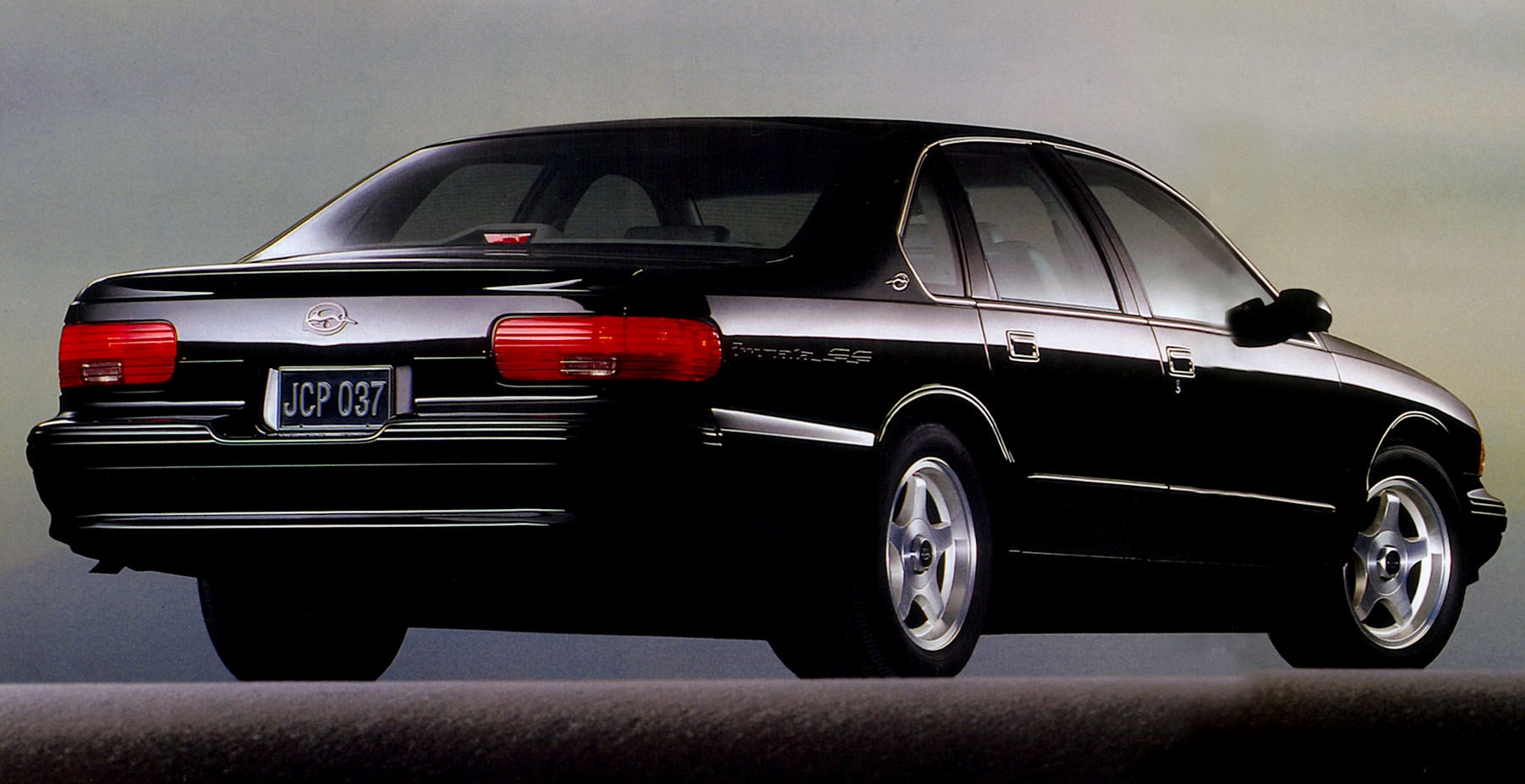 The 1994 Impala SS was, in essence, a high-performance version of the Caprice. From a mechanical standpoint, it used the Caprice police package as its base, which was formerly available only to law enforcement agencies. This included a heavy-duty suspension with reinforced shocks and springs, a high-capacity reverse flow cooling system originally from the Corvette’s LT1, larger diameter four-wheel disc brakes, automatic transmission cooler, a dual exhaust system , among others. Unique to the Impala SS were its 17″ alloy wheels and tires.

The 5.7L LT-1 engine was similar, but not identical to, the Corvette. The Impala SS motor gave up the aluminum cylinder heads, four bolt main bearing block, and camshaft that the Corvette and Camaro shared. Impala SS, at 260 HP, came in 40 HP below the base Corvette. These are not huge numbers in today’s environment but it did begin to signal to enthusiasts that performance was returning to standard sedans. 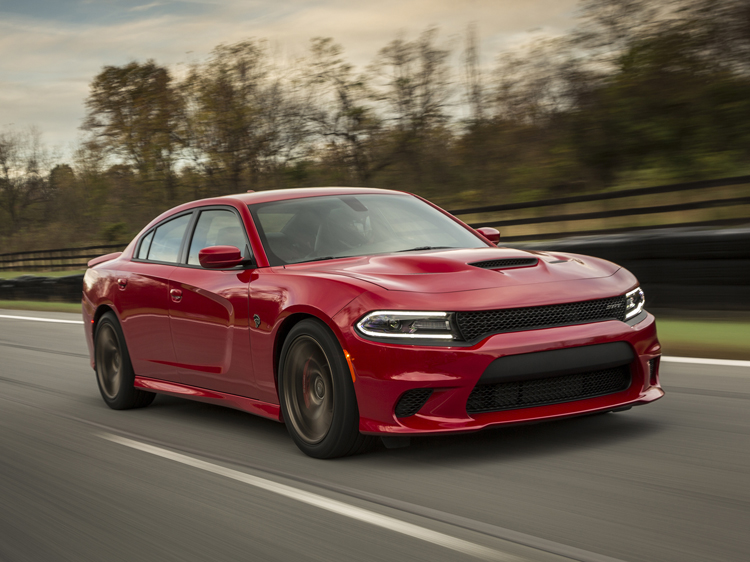 It’s difficult to believe that after the gutting of performance from cars starting in 1971, to the first glimmers of hope in a 260 HP sedan from Chevy in 1996, to the 707 HP Dodge Hellcats and the uproar they’ve created. Will the Dodge Charger SRT Hellcat be the ultimate four-door muscle sedan? Let’s hope not and that there’s plenty more to come.