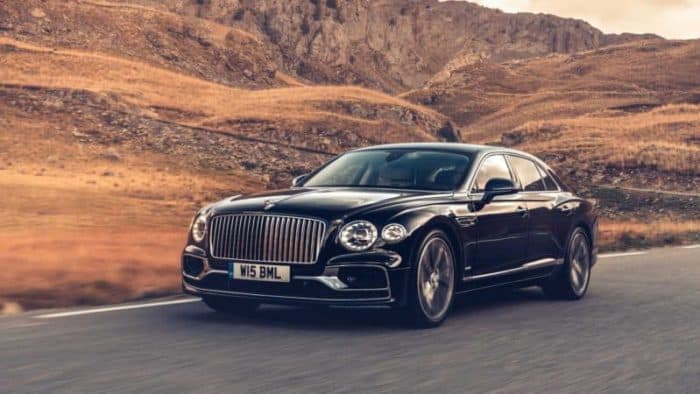 The ultra-luxury British brand doesn’t boast a volume brand’s sales figures, but still manages to market around 10,000 vehicles on a global scale. At least it could until a worldwide decline in sales of 9.5 percent finally reverted Bentley’s sales into a four-digit territory in 2018. What’s more, compared to a year before, one of two Volkswagen group’s ultra-luxury automakers also came up short by 6.5 percent in 2017. Can the 2021 Bentley lineup finally reverse the British car maker’s fortunes? It’s too early to tell.

The issue in 2018 wasn’t the fact Bentley’s models were ill-perceived by the buyers, but supply shortages across specific models including the new Continental. The British were facing supply issues for the better part of the year and the end result is actually encouraging when you come to think of it. Especially considering how the momentum has swung in company’s favor once again during their centennial year of 2019.

Moreover, not only did they face issues with the all-new Continental GT, but with the 4-door Flying Spur as well. The full-size luxury car’s production was officially ceased in 2018 and the all-new third-generation models have only recently made their debut. Model year 2021 should give us the all-new Flying Spur Speed with an extra edge, alongside the remainder of the current Bentley range.

As mentioned above, Bentley isn’t wasting any time working on the high-performance version of its latest model. The base Flying Spur made its debut during the second half of 2019 as a 2020 model while the most powerful iteration of the ultra-luxury 4-door sedan is expected to arrive a year later as a 2021 model.

The 2021 Bentley Flying Spur Speed won’t differ much from its conventional counterpart. A subtle and classy 4-door is one of the most stylish vehicles in its segment and a few more horses under the hood won’t change that for the Speed iteration. The high-performance Flying Spur will, however, receive a mesh grille treatment and lose most of its chrome accents in favor of gloss black trim. Likewise, there’s now a quad exhaust treatment around the back, but all of that has been expected. One last detail caught on the test mules suggests the Flying Spur Speed will actually be a hybrid. It’s a second filler cap on its rear-quarter panel, of course.

Inside, the Speed variation of Bentley’s 4-door sedan carries over mostly unchanged. Of course, in order to stick with the performance theme, the Flying Spur Speed receives different materials and accents.

The engine behind the Flying Spur Speed hybrid is still a mystery. The most plausible of options is a 4.0L twin-turbocharged V8 paired with an electric motor – the same setup used in the Porsche Panamera Turbo S E-Hybrid. This setup generates 671 ponies and 627 pound-feet of torque which is more than what the regular Spur makes. However, the base model would still offers more torque if this turns out to be the case.

Another option is a revised 6.0L twin-turbo V12 from the regular model, but that’s unlikely. The all-new Bentley Flying Spur Speed will likely make its official debut during the Summer of 2020 and arrive to dealerships a few months later. The regular models start from around $215,000 and the Speed moniker will undoubtedly push that digit further. 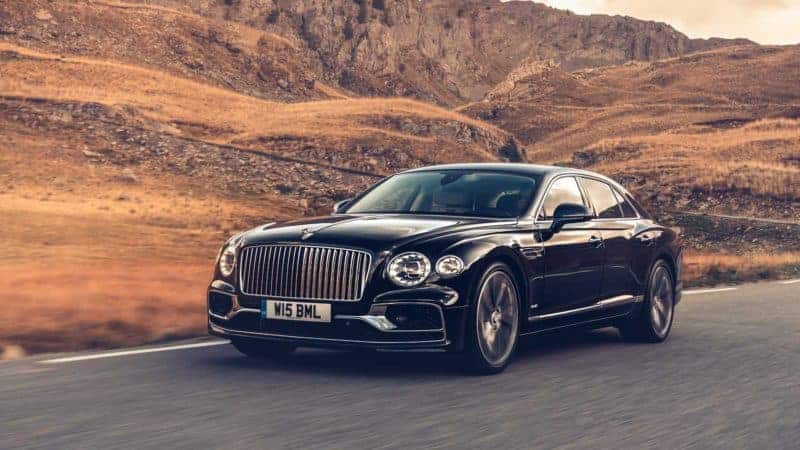 The current, third-generation Bentley Continental GT is available as either a coupe and convertible, representing one of the most expensive ways of owning both body styles. Having already been expanded to its limits, the Conti lineup is expected to remain unchanged for MY 2021. Still, this doesn’t undermine its value going forward as it’ll remain one of the coolest Bentley cars for foreseeable future.

The third-gen Continental GT is slightly lighter than its predecessor and boasts an extended wheelbase to boot. It shares its platform with the Porsche Panamera but similarities pretty much end there. Nothing is expected to change in 2021, hence the current models will carry over as they are. Granted, the Continental GT is one of the most beautifully, yet subtly designed ultra-luxury grand tourers out there and there’s no need changing it so soon after its arrival to the markets.

It’s Conti’s interior where the grand tourer showcases the full extent of its potential, however. Saying that its interior is premium is an understatement since the Continental GT’s cabin materials range from luxury to lavish. At the same time, the grand tourer retains its mostly analog gauge cluster with a large digital display on the center stack. Not to mention all the available tech and convenience features.

As mentioned above, the Bentley Continental GT lineup is more or less rounded off, hence there are two engines to choose from as well. The initial models were fitted exclusively with the powerful 6.0L twin-turbo W12 capable of putting up 626 hp and 664 lb-ft of torque. Later on, they were joined by a 4.0L twin-turbo V8 mostly used in Audi’s. The smaller engine cranks up still more than respectable 542 hp and 568 lb-ft. Both are paired with an 8-speed dual-clutch automatic transmission which sends all that power to all  four corners.

Prices aren’t expected to change by much when 2021 arrives, hence the Continental GT V8 will continue to retail for either around $201,000 or $221,000 depending on a chosen body style. At the same time, the W12 engine will add close to $20,000 to the V8 model’s price tags. Not to mention the extras which can rack up additional $60,000 in expenses and all the insurance extras, but that probably doesn’t concern a Bentley owner. 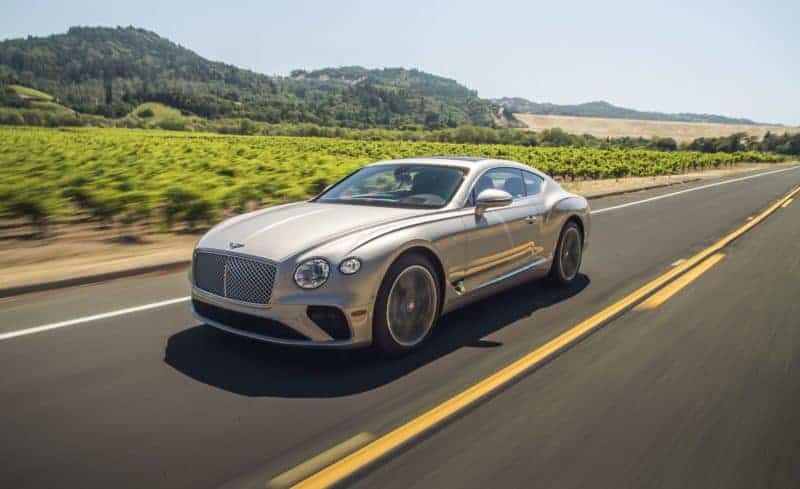 The best-selling and arguably most important of Bentley vehicles has singlehandedly begun transforming the entire brand by boosting company’s sales to five digits for the first time in history. After five years on the market, the time has finally come for the luxury SUV’s facelift. Test mules have already been spotted and the revised Bentayga is expected to arrive sometime during 2020 – just in time for MY 2021.

The refreshed Bentayga won’t bring any revolutionary changes to the overall design, however. Minor changes to both the front and rear include the usual bumper and grille tweaks, but four headlights will be carried over. Other than that, the 2021 Bentley Bentayga will continue more or less unchanged in terms of exterior design.

Things will, however, change at a different pace on the inside, and not a moment too soon. The facelifted Bentayga will receive a new infotainment system from the new Continental GT and Flying Spur. In order to accommodate the new displays, some tweaks to the dash will also have to be incorporated. At the same time, a range of advanced driver aids and active electronic safety gear is expected to be expanded – at least in base models.

The best-selling Bentley model is currently available with three distinctive powertrains and in four different states of tune (not counting the diesel which is only offered overseas). The lineup starts with a 4.0L twin-turbo V8 with 542 hp and 568 lb-ft of torque and continues with the well-known 6.0L twin-turbo W12 which develops a whopping 600 hp and 664 lb-ft of torque. The newest addition to the lineup is a 3.0L turbocharged V6 which pairs with an electric motor in the Bentayga Hybrid. This setup raises a combined 456 hp and 516 lb-ft of rotational force. Finally, the most powerful Bentayga Speed squeezes as much as 626 horsepower out of burly W12 while the torque output remains the same. Also, all the aforementioned figures are subject to a slight boost once the refreshed models arrive.

As mentioned above, the facelifted Bentley Bentayga will likely arrive as an early 2021 model by mid-2020 at the latest. Prices are expected to remain mostly in place which means between around $156,000 for the hybrids and $235,000 for the ultimate Bentayga Speed which, although sporty, isn’t exactly personification of a true British sports car. 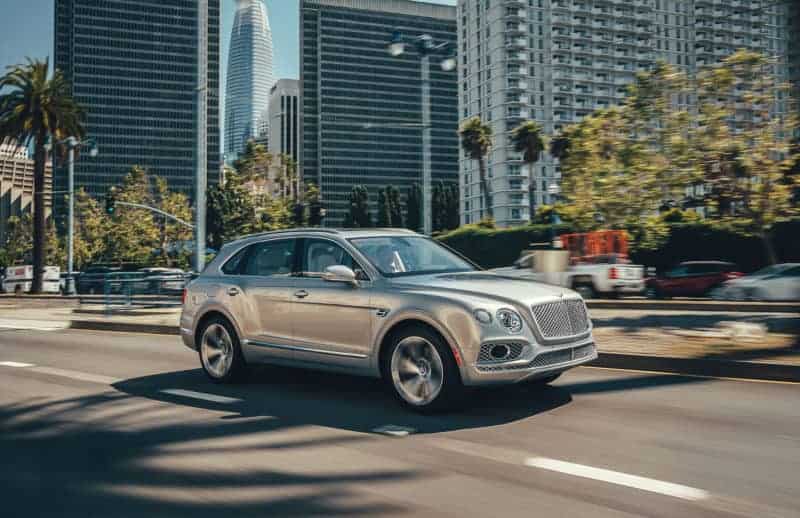 What’s Not in the New 2021 Bentley Lineup

Having been virtually unchanged since its inception back in 2010, the Mulsanne is now one of the oldest-running models in its class – not to mention the fact it’s by far the oldest of Bentley models. The British company, however, isn’t prepared to give it an extensive overhaul an bring it in-tune with the rest of its range. They’re currently mulling upon the future path the Mulsanne is supposed to take and this could take a while. We expect that the next-gen model could finally arrive in 2022 and we expect it to be altogether different than the current models. This means that the 2021 Bentley Mulsanne will be carried over without any significant changes once again though.

The current-gen Mulsanne sports a traditional British luxury car styling which fuses boxy and streamlined panels into one unique entity. This probably isn’t about to change even after the proposed overhaul as the most luxurious of Bentley’s needs to retain some uniqueness in order to distinguish itself from the rest of the pack.

Likewise, Mulsanne’s interior is on a different level compared to the remainder of Bentley range. However, some won’t appreciate the blend of quilted leather, wood veneers, and advanced tech gear which can be found in it. This concept is likely in for a major overhaul post-2021, but that has very little to do with the 2021 Mulsanne models.

Powering the flagship Bentley car is a venerable 6.75L twin-turbocharged V8 mill capable of making 505 horsepower and 752 pound-feet of twist. Although extremely powerful, the in-house engine won’t convert this land yacht into a sporty machine. There’s the Mulsanne Speed model for that but even its 530 hp and 811 pound-feet won’t do much in that regard. All Mulsannes come with an 8-speed ZF automatic gearbox and a rear-wheel drive configuration.

Before the next-gen models arrive (which could take the all-electric route), we’ll have to remain content with a richly adorned $310,000 Mulsanne which looks like it’s come from another age (likely because it actually has). The more powerful Speed iteration requires additional $30,000. 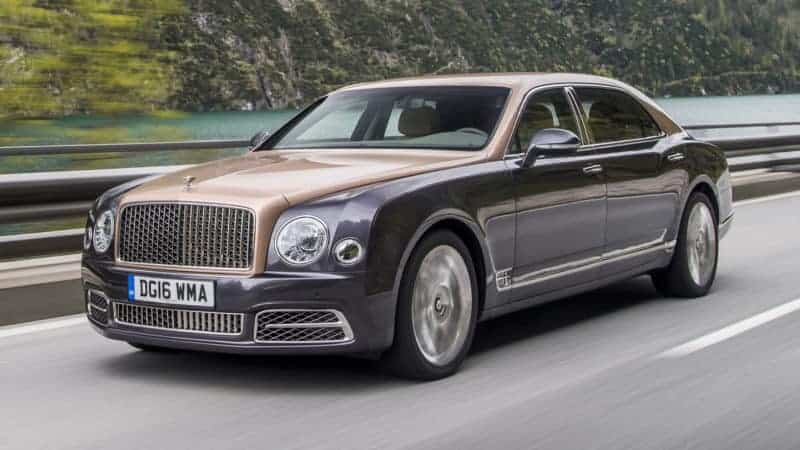