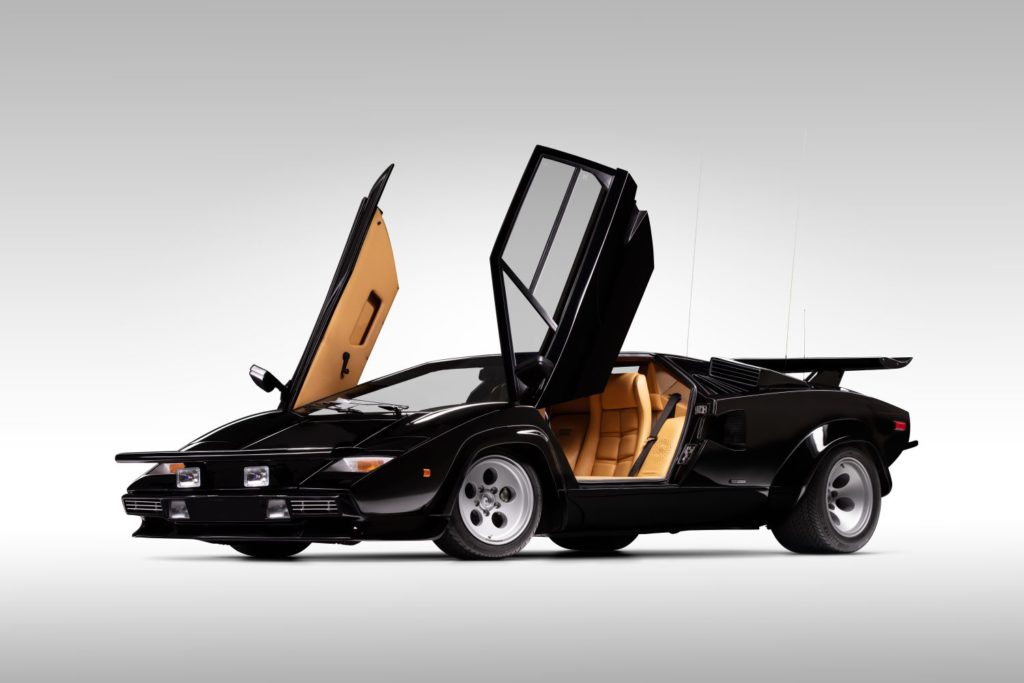 The Lamborghini Countach nameplate will be revived this year with a limited production run of this well-known supercar. The Countach LPI 800-4 hybrid, which will roll out in late 2021, marks the 50th anniversary of the debut of the original Countach. And most recently, the Countach become only the 30th vehicle ever to make it into the Hagerty Driver’s Foundation National Historic Vehicle Register. 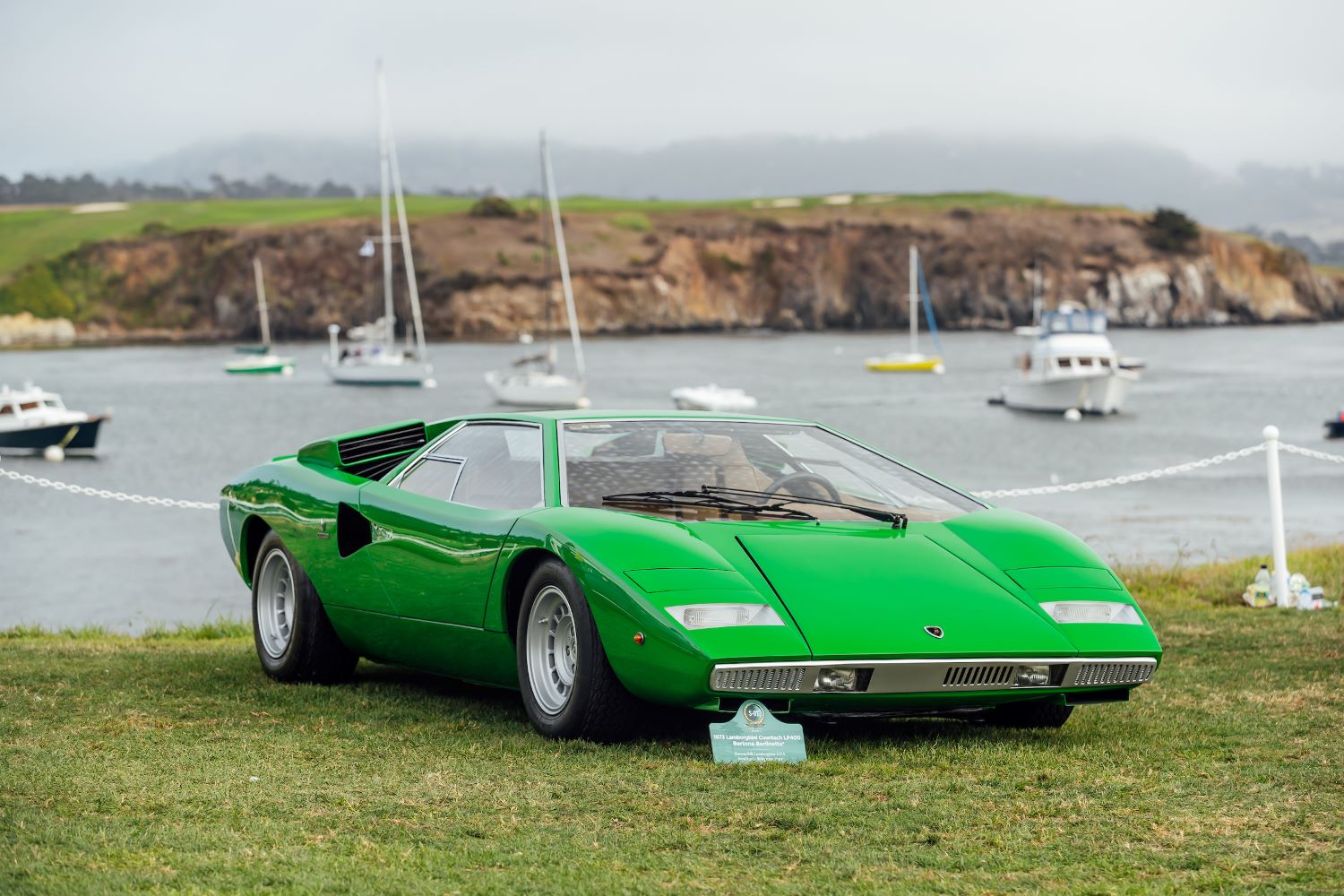 The Lamborghini Countach LP400 roared onto the supercar scene in 1971. The Lambo was immediately eye-catching with its horizontally hinged scissor doors that lifted out and up for entry. The original Countach LP400 came with a 3.9L V12 engine that made 370 hp. Over the years, five models of the Countach were produced by Lamborghini.

The Countach’s were not originally offered for import into the United States, as they did not meet safety and emissions requirements. This changed with the 1985 Lamborghini Countach LP5000 Quattrovalvole. Some earlier years of the Countach also make it to the States thanks to individuals who imported them and then retrofitted them to meet U.S. standards. 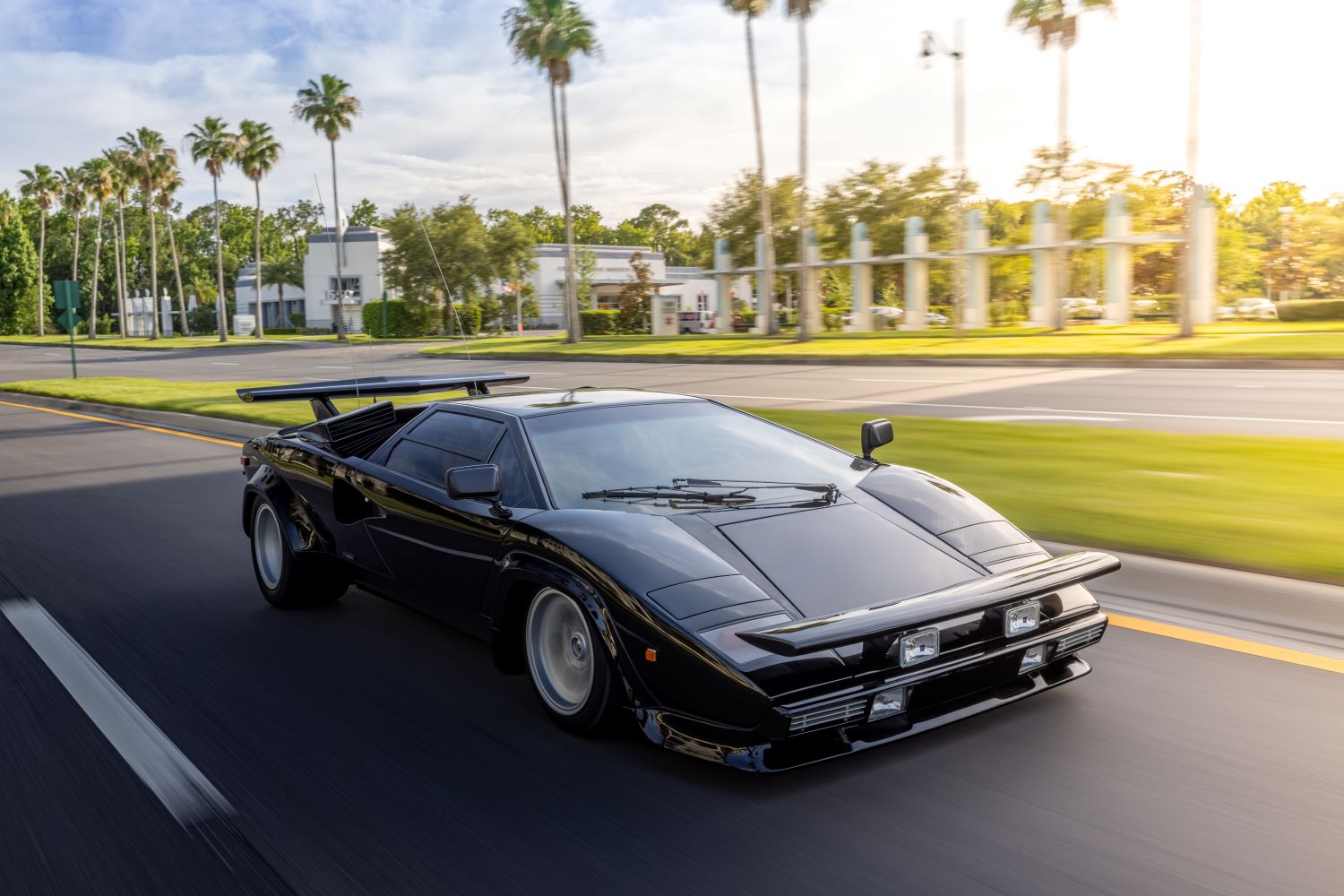 It didn’t take long for the Lamborghini Countach to become a fabled supercar — the kind that automotive enthusiasts hung posters of around their garage. But in the pre-Internet era, avid fans had to settle for short articles in car magazines and an occasional photo in a luxury car feature to get their Countach fix. 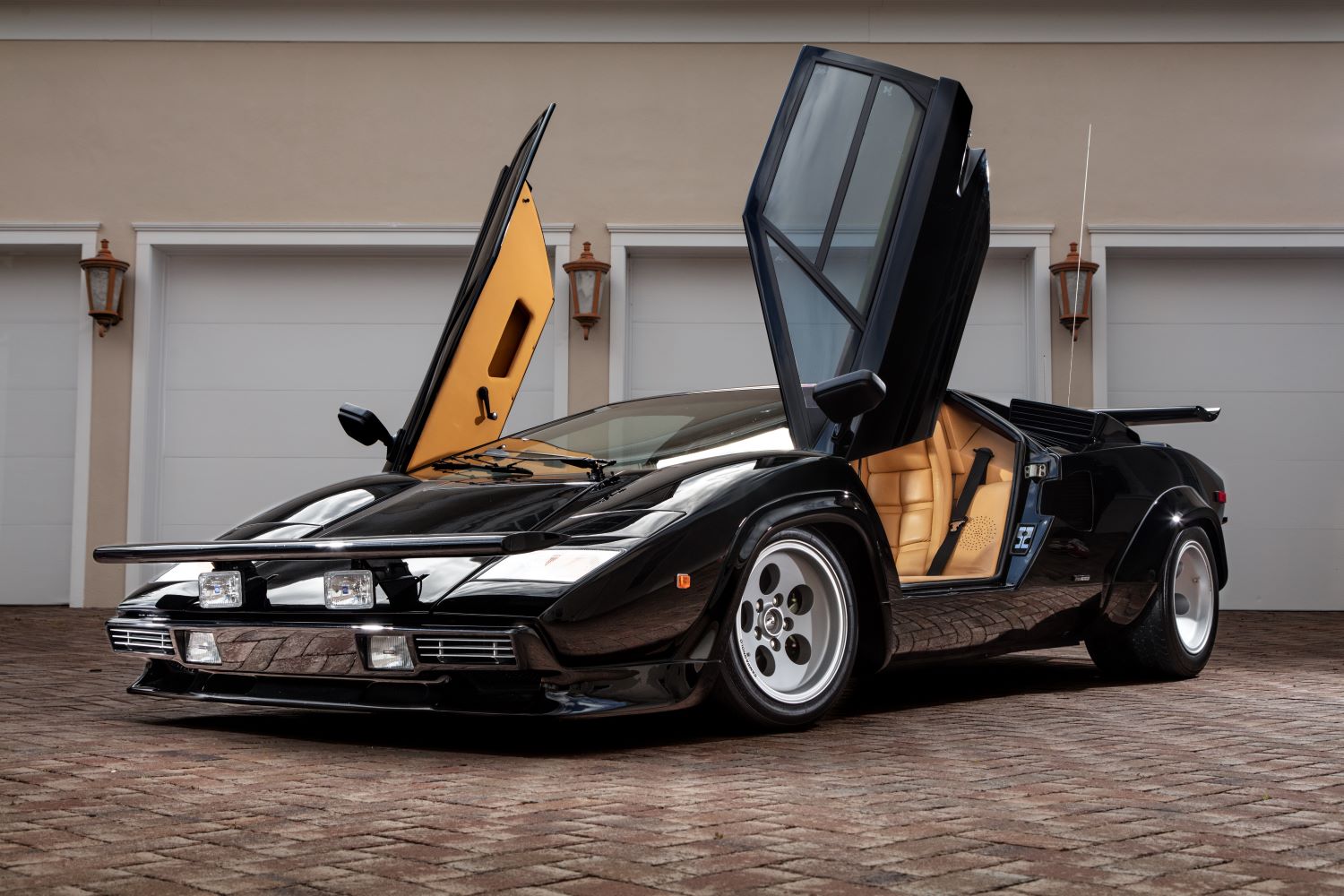 Luckily for Lamborghini lovers, the 1981 comedy film “The Cannonball Run” starring Burt Reynolds, allowed viewers some more intimate footage of the fabled Countach. The film was loosely based on Brock Yates’ Cannonball Baker Sea-To-Shining-Sea Memorial Trophy Dash coast-to-coast race. In the film, the black 1979 Lamborghini Countach LP400S was driven by two women in the race. 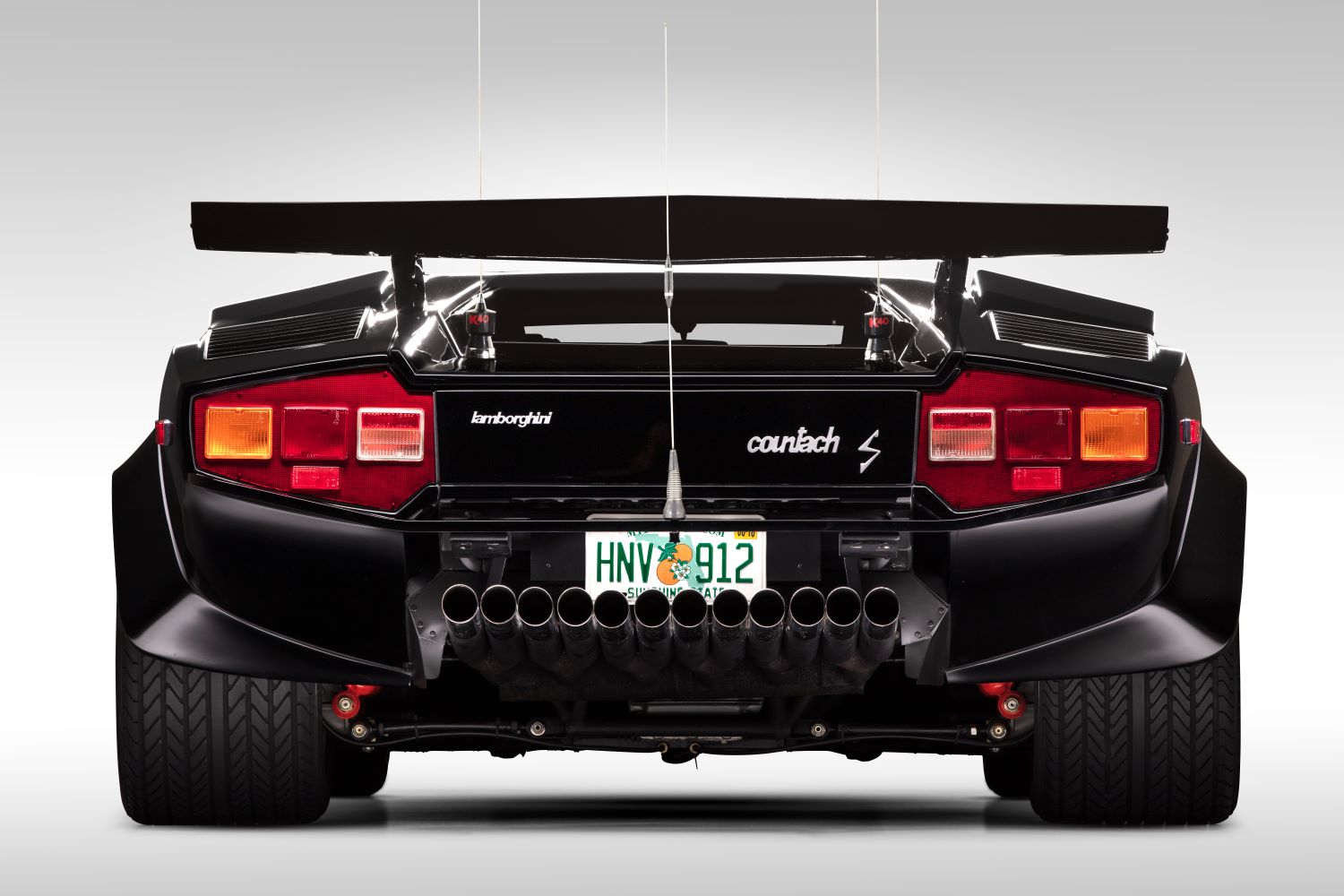 It seems fitting that the 1979 Lamborghini Countach that was a major “actor” in the 1981 film “The Cannonball Run” was recently selected by the Hagerty Drivers Foundation as the 30th entry into the National Historic Vehicle Register, a registry that preserves and showcases cars that are deemed historically significant. 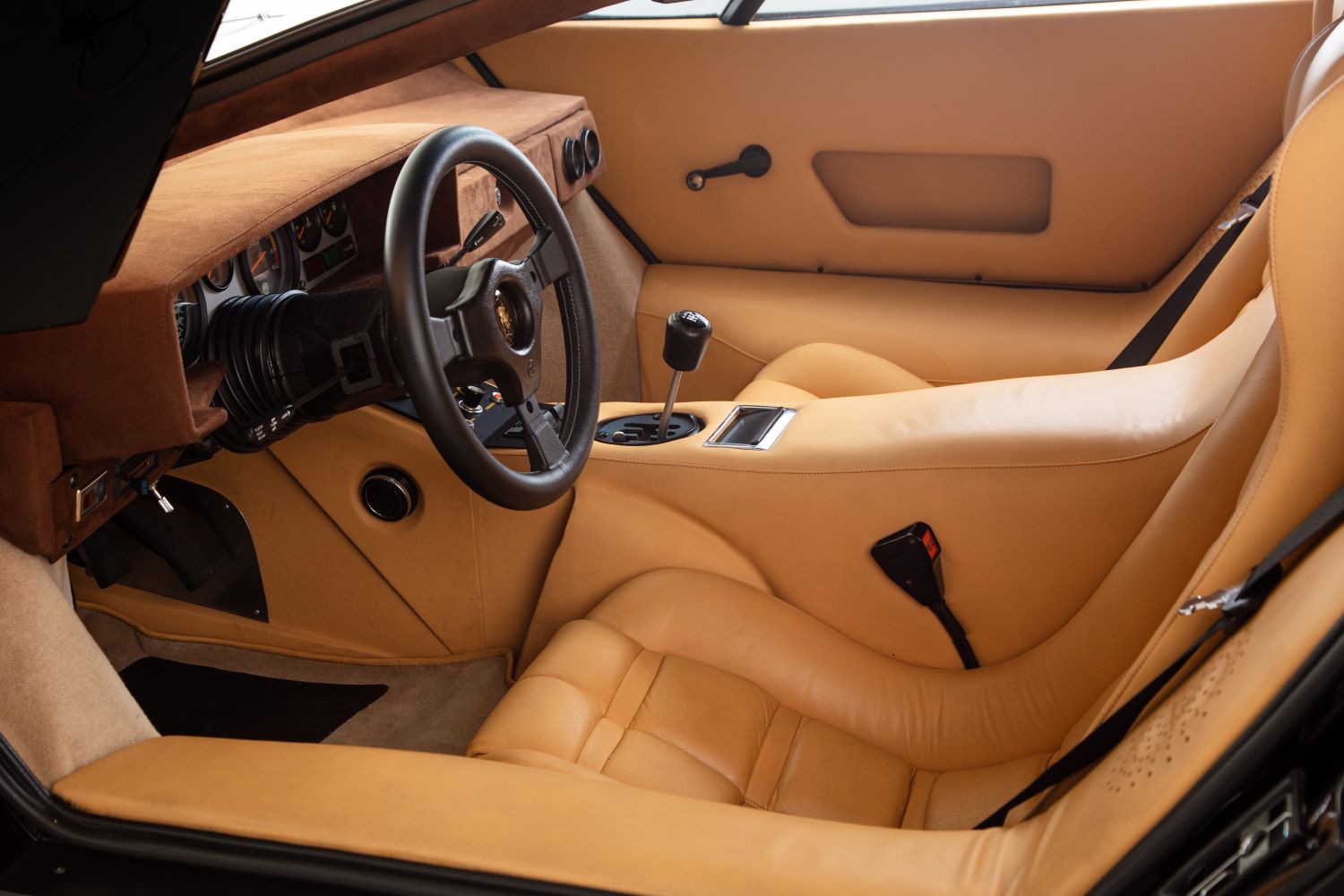 This 1979 Lamborghini Countach has gone through only three owners and was restored to its filmed condition with a tan interior. It even features a front wing that was the car’s “bumper” to allow its legal use in the United States. It also sports a few extra CB antennas as seen in the film. 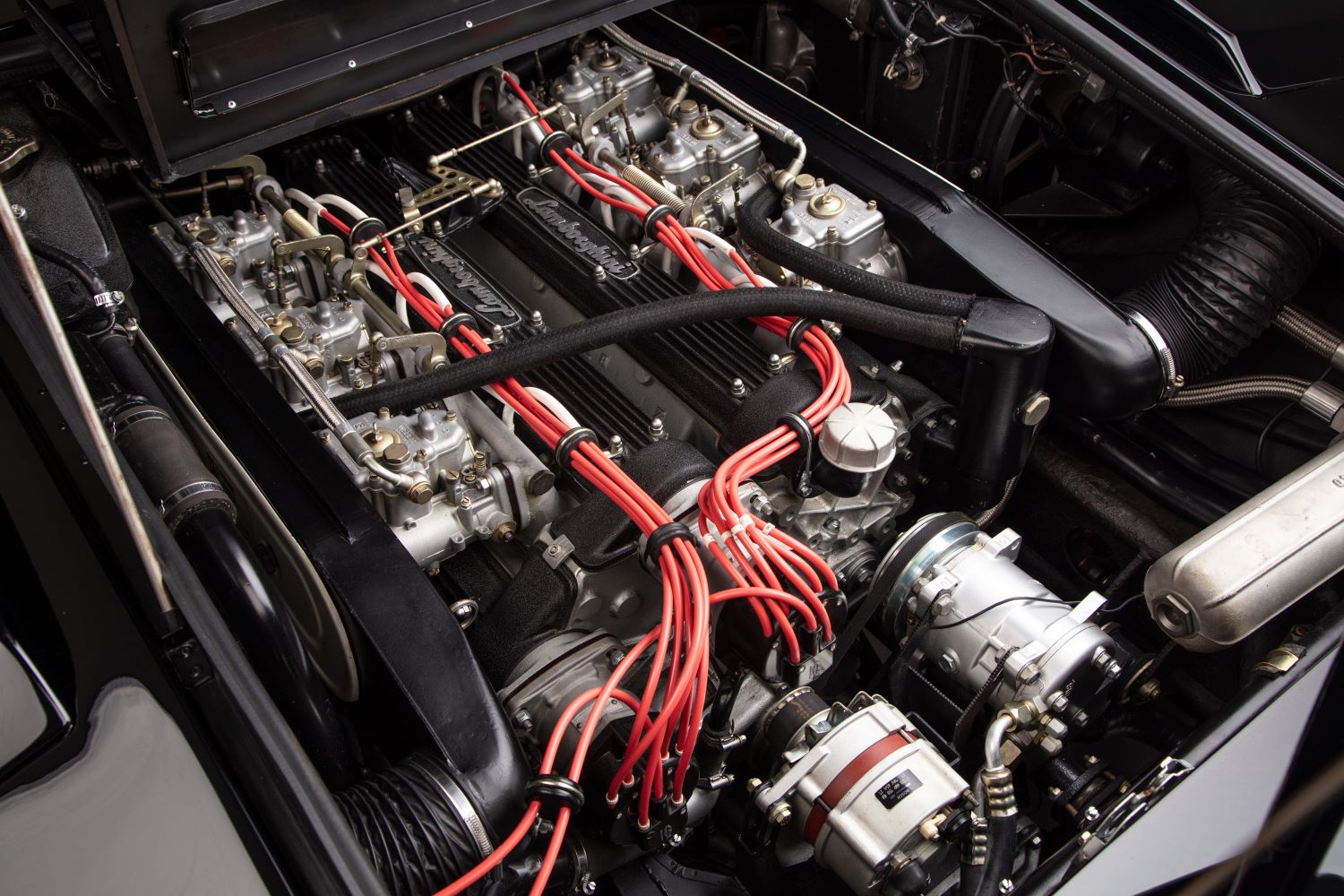 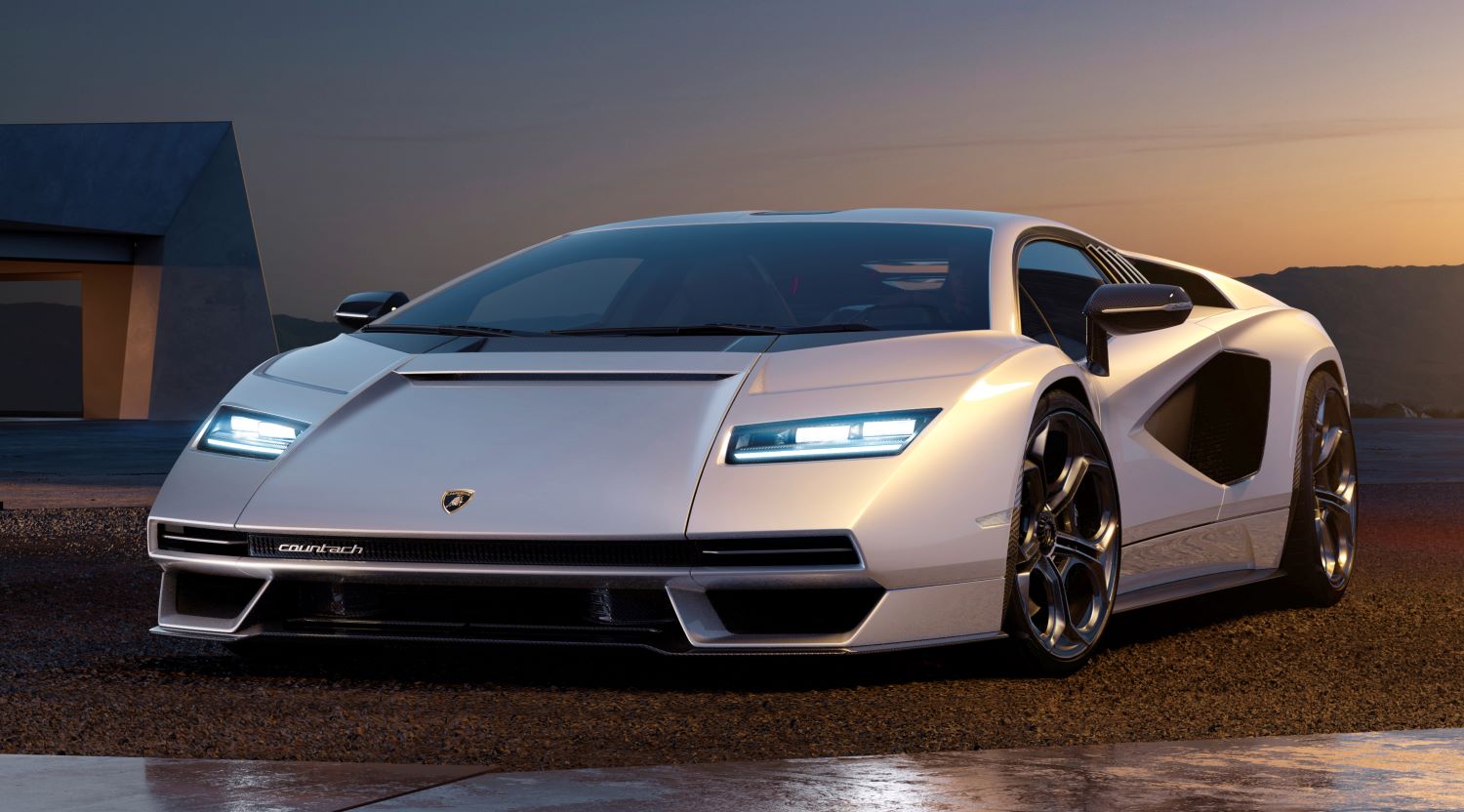 The recently-introduced Countach hybrid will come with a rear-mounted 6.5L V12 and a 48-volt electric motor offering 800 amps of additional power. A 7-speed transmission and all-wheel drive allow for 0-62 mph in a neck-snapping 2.8 seconds. The top speed is expected to be around 221 mph. The carbon fiber body rests on a carbon fiber monocoque with aluminum front and rear frames. Only 112 of these supercars will be produced with an expected price tag of over $2 million.

The car relies on the Lamborghini Sian for its hybrid engine. Uniquely, it utilizes a supercapacitor for its electrical storage instead of a lithium-ion battery which means the 2021 Countach can store ten times more energy. A four-wheel steering system and active steering suspension allow for a stable and agile ride.

Though we might not see this new Countach at our local cars and coffee event, it seems fitting that Lamborghini resurrected the nameplate on the 50th anniversary. The Countach of the ’70s set a high bar for styling and performance. And it seems this new version continues that tradition.


Best of 2019 Mazda
The Best of 2021 Chrysler
Future Electric Cars: 10 Things to Expect in 5 Years
Perfect Wheel Spin: Ferrari Launch Control Patent
Top 10 Worst States to Get a DUI
10 Most Stolen Cars In The U.S. And How To Keep Your Car Fro...