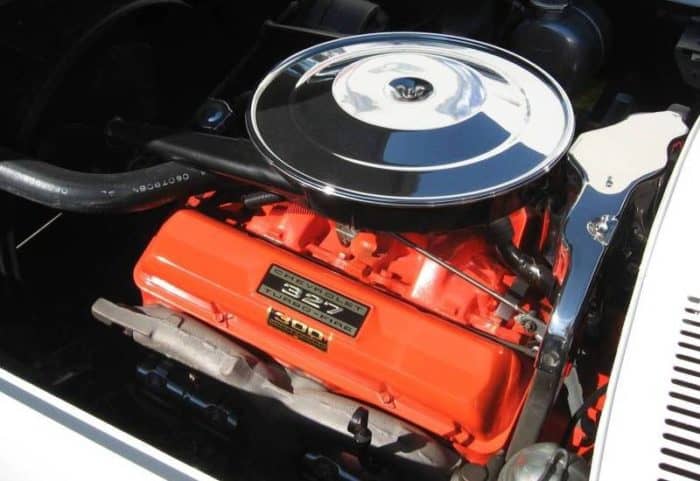 Designed by a talented group of engineer led by the late Ed Cole, the engine that started the small block legacy, the 265, was Chevrolet’s first foray into affordable V8 performance in an entry-level sedan, and in doing so created an almost ideal platform to build that basic engine into versions unimaginable in 1954. 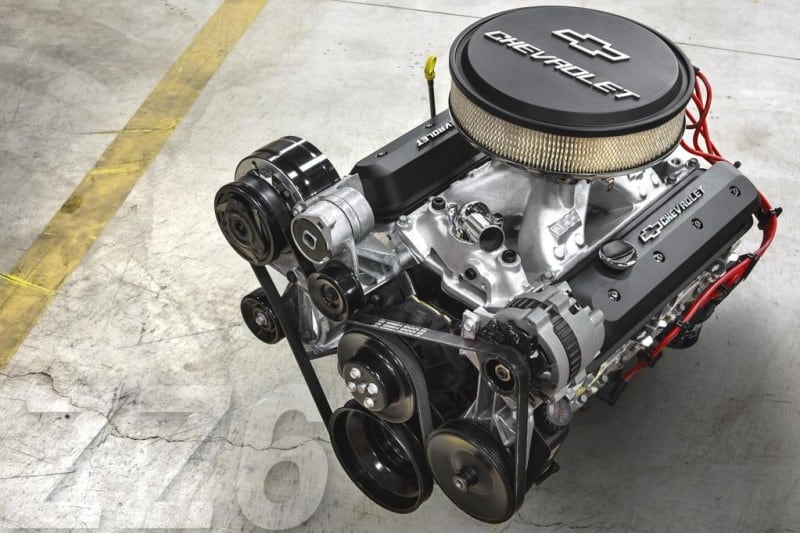 Today, the small block Chevrolet is the mainstays of the United States hot rod industry. From all types of rods, boats, small aircraft, kit cars,  dragsters, sprint cars, road racers, and on and on, the small block Chevy is a legend not due to its numbers but its achievements. So let’s begin.. 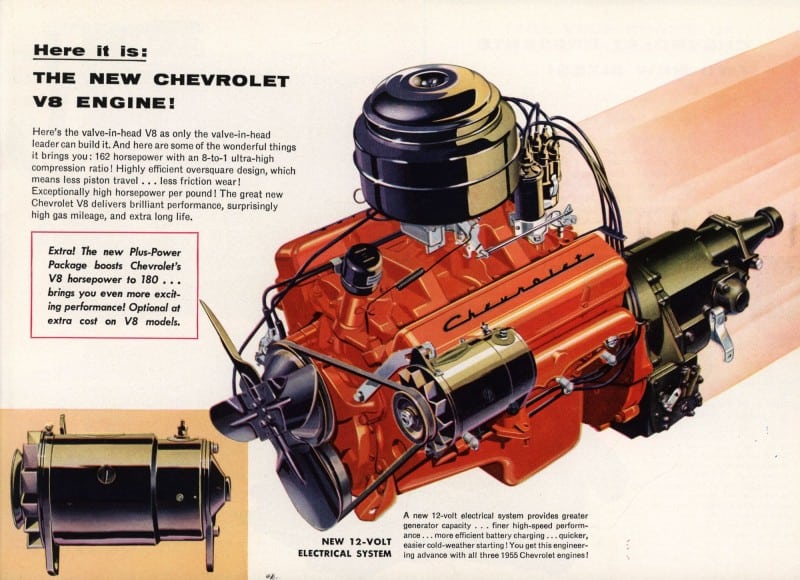 The original 265 can trace its existence back to the Corvette division, where the demanding engineers were seeking an upgrade over the current Corvette motor, Chevy’s “stove bolt” inline-six. Lead engineer Ed Cole and Corvette  guru Zora Arkus-Duntov developed the light, simple motor in just 15 weeks time.

The 265 small block was released in the all-new for ’55 Chevrolet models with either 162 hp or 180 hp,  depending upon carburetor and camshaft. Despite a rather significant shortcoming (no oil filter) The engine provided so popular it was carried over with changes into 1956. It was an available option for all Chevrolet passenger cars, pickups, and was key in raising the status of the Corvette. 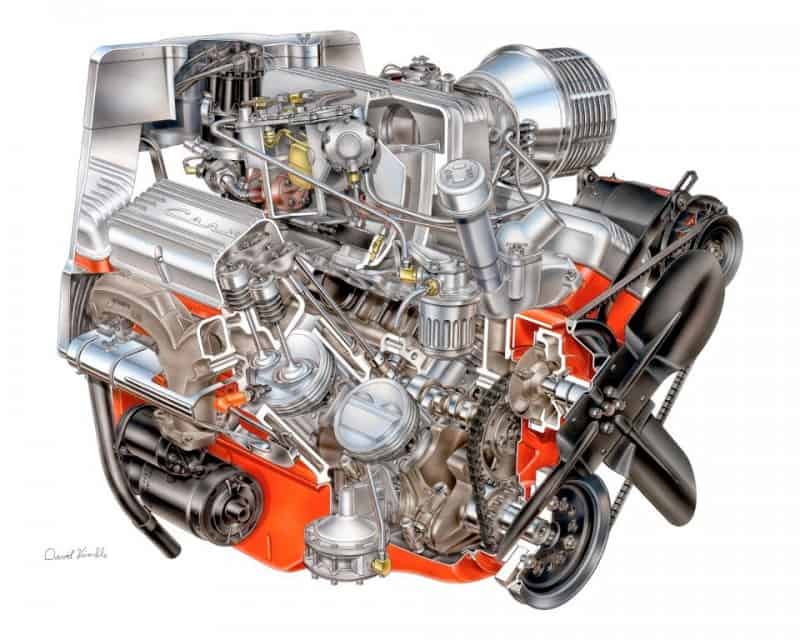 For  1957 Chevrolet originally had plans simply to over-bore the 283 engine to  265 CID, but  found that the previously-cast block’s walls were thin. A thicker-cast block needed to be produced (which also became the first engine block that hot rodders began using). Also in 1957, the 283  was the first Chevrolet engine which offered factory fuel injection, helping the motor develop the magic 1 hp-per-cubic inch output.

Five variations of the 283 were made available in 1957 alone, ranging from 185hp to 283hp thanks to the option of a single, dual carburetor or the  Rochester mechanical fuel injection system, which produced the magic 1 hp per cubic inch. The fuel injected version of the 283 was also an available option on the passenger car line as well as the Corvette, making any vehicle equipped with this advanced fuel delivery system a collector’s item today. 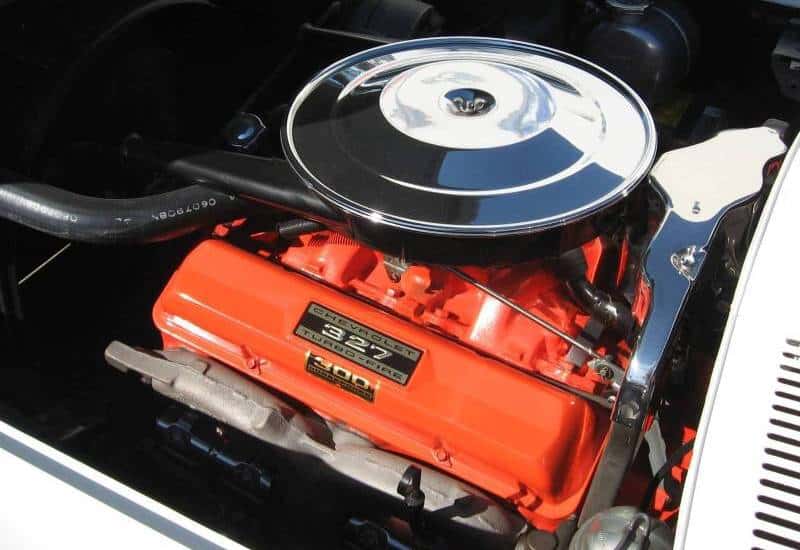 Introduced in ’62 and available on all models from the Chevy II to the Corvette, the high-revving 327 came in a variety of specifications throughout its short-lived lifespan ranging in horsepower numbers of 210 to 375, respectively.

The 307 was the last of the Generation I small blocks that link back to the original motors of the mid-1950s. Produced from 1968 to 1972 it utilized the same 3.875″ bore  as the very first Chevy small block, but with a wider journals to accept the 327 crankshaft. It was used widely in the Chevy II / Nova and Chevelle models. 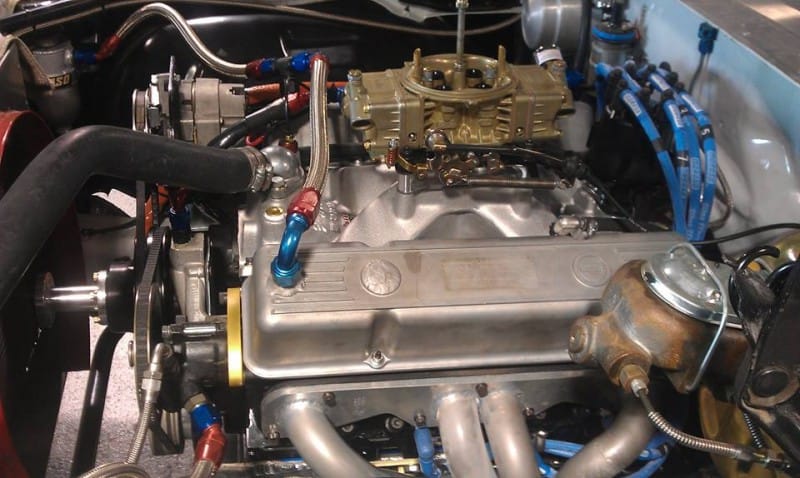 Only being available for three model years, and offered exclusively as the standard engine in the Z/28 Camaro of ’67-’69, the high-revving 302 combined components from the 283 and the 327, respectively, having been designed to meet the 5.0 L capacity limit  of the SCCA Trans-Am Championship. Despite using stock rods and crankshafts (carefully inspected and shot-peened) the components were used to 7000 rpm during Trans-Am races, producing about 440 hp. 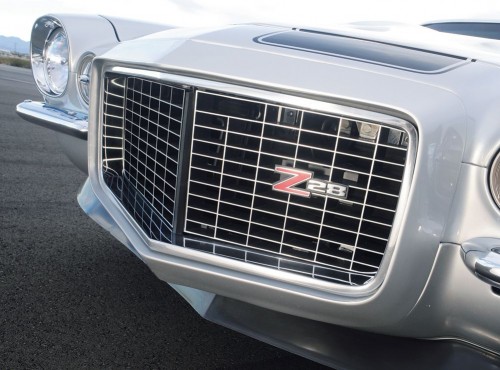 The 350 holds the record as the longest produced small-block Chevrolet engine made, and it’s powered just about everything imaginable. It was introduced as the 300 hp L-48 in the ’67 Camaro, and over the years found its way into all of the other Chevy models. The high point of this powerhouse was the 360 hp LT-1, the low point following shortly after during the mid-‘70s to the early ‘80s, when the Corvette made due with the under-powered L-82, producing around 200 hp, depending on year. There are eight other 350 variations (L65, LM1, ZQ3, L81, LT-9, L83, L05 and L31), but most have little interest to enthusiasts. 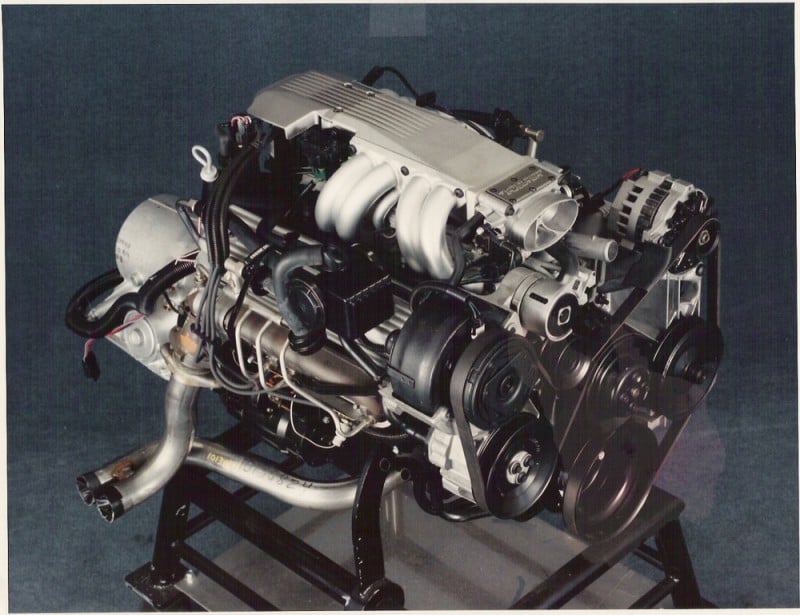 To improve the performance of the Corvette and F-body cars, the L98 cylinder heads (developed through the motorsports program) were offered on the 350 small block.  The aluminum versions  were limited to the Corvette, although an iron casting was standard on the IROC-Z and Z/28 Camaro, Trans Am, and Corvette starting in 1985.  Horsepower levels ranged anywhere from 215hp to 250hp, depending on year and application. 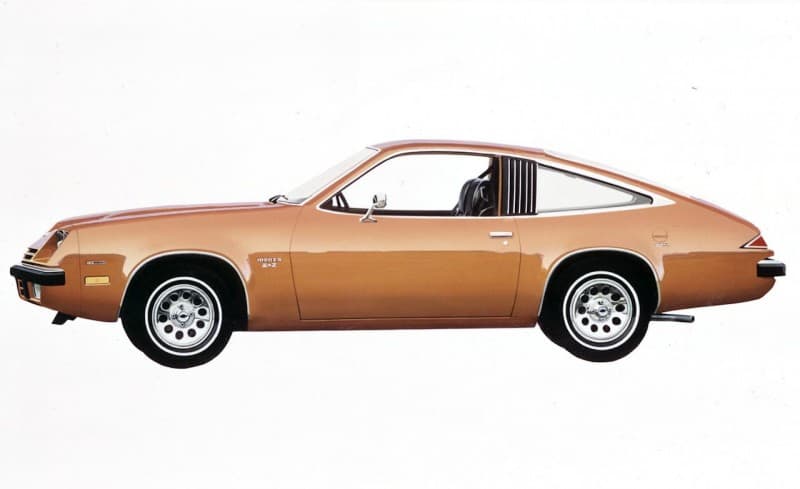 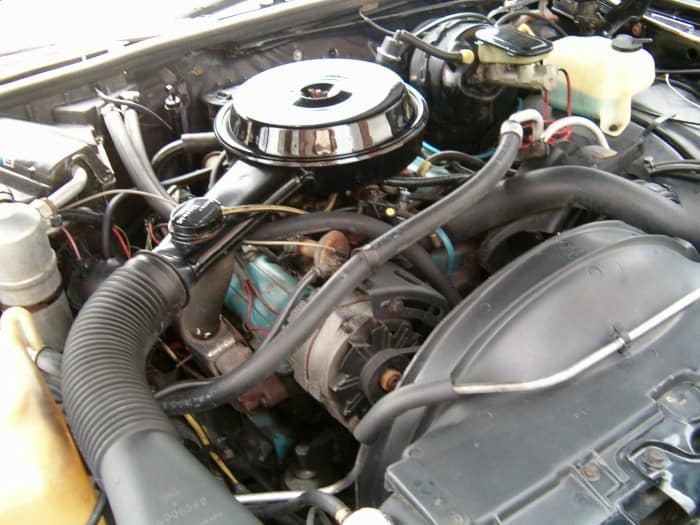 The 267 was introduced in 1979 for the Camaro, Monte Carlo, El Camino, and Malibu Classic and also used on GM B-body cars (Impala and Caprice models). The 267 CID engine had the 350’s crankshaft stroke of 3.48″ and the smallest bore of any small-block, 3.500 inches. The 267phased out after the 1982 model year due to inability to conform to emission standards, and  Chevrolet vehicles switched to the 305 as their base V8 engine.

Using a very different bore/stroke ratio than the earlier performance-oriented 302 V8 found in the Z/28 Camaros, the 305 was GM’s economy engine through much of the 1980s. It was fitted into car models from all of GM’s divisions. Depending upon year and carburetor, the engine was rated from between 130 hp to 160 hp. 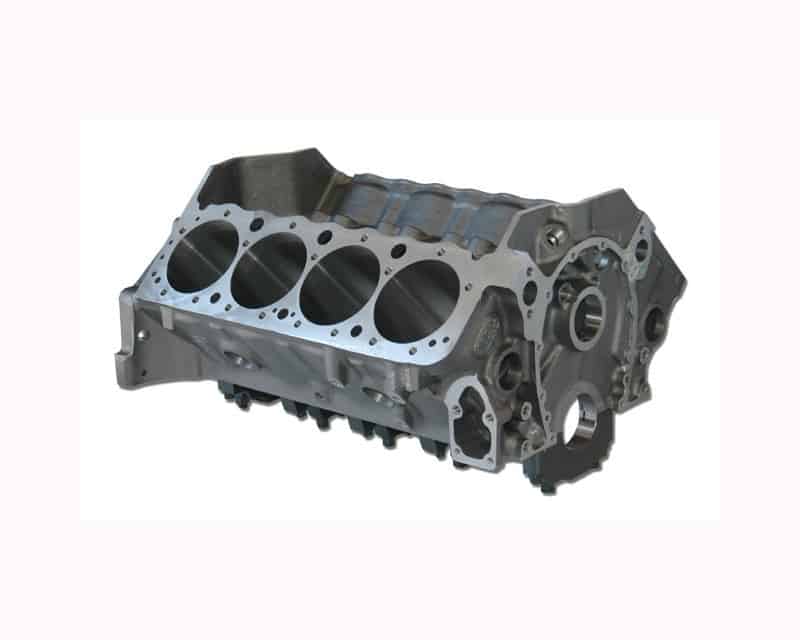 Never intended for high performance , the 400 was the solution to the problem of maintaining horsepower levels while slashing compression ratios. The 400-cubic-inch small blocks arrived in ’70 with 265 gross horsepower, before being dropped after the ’76 model year when it produced 175 hp. It was installed in everything from mid-sized cars to full-sized pickups. Their shortcoming was that to remain the bore centers the cylinders had to be siamesed, with no water passage between them. 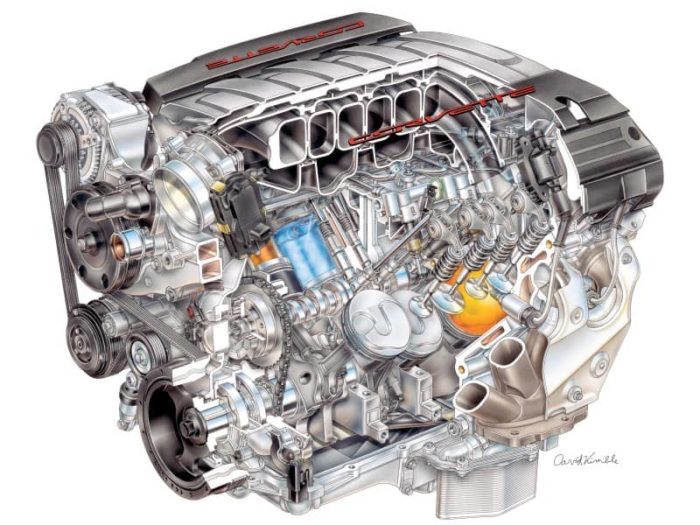 The Small Block Chevy has an incredible record and reputation among enthusiasts. Here’s some amazing facts about the incredible engine now over 50 years old.

While the original first generation Chevrolet Small Block V8 is no longer being installed in new cars and trucks, its replacements rely heavily upon the original architecture set down by Ed Cole and his design team in 1954, and improved upon further by engineers inside GM as well as motorsports professional tweaking the motor for racing purposes. 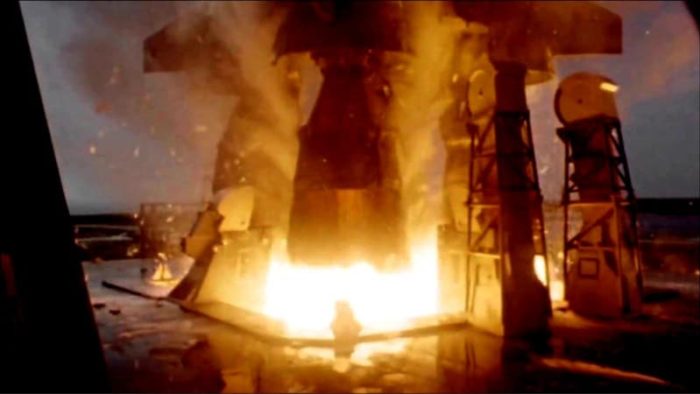 At an average of 230 horsepower per engine, the collective output of all 100 million small block engines is 23 billion horsepower. Compare that to a Saturn V rocket used in every NASA manned moon mission, each of which produced 32 million horsepower.

It Saved the Corvette 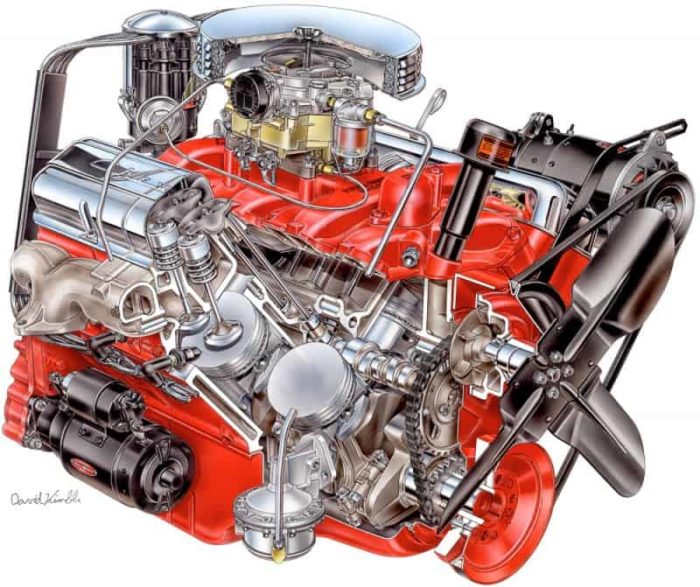 The introduction of the Small Block block V8 in the 1955 Corvette is widely credited among insider at GM with saving the car from cancellation. The 1953 model, with its 136 hp straight six was a slow seller and Chevrolet was supposed to be GM’s economy brands. Any hopes of keeping the Corvette alive hinged on the new lightweight V8 engine in the Corvette. So much so  that Corvette Czar Zora Arkus-Duntov worked side-by-side with Ed Cole on the development of the engine. 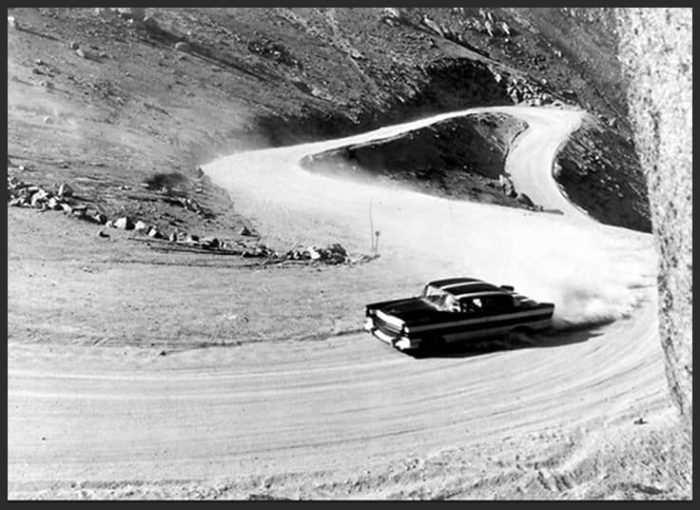 So involved was Arkus-Duntov in the Small Block development program that he offered his considerable race driving skills to the team and drove a heavily-disguised 1956 Chevrolet with a Small Block Chevy in the 1955 Pike Peak Hillclimb, not only winning the Stock Car class but beating the record by more than two minutes.

With More Success In France 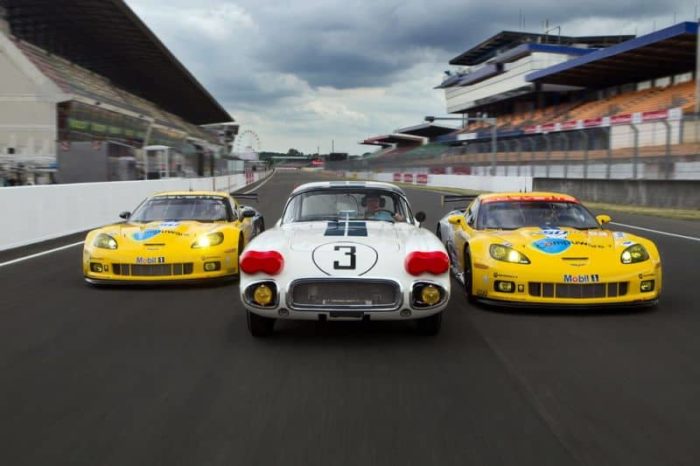 Corvette took its first class win at 24 Hours of Le Mans in 1960 with a Small Block engine and won its eighth title at the famous French race in June 2015,  with the latest generation of Chevrolet Small Block engine. 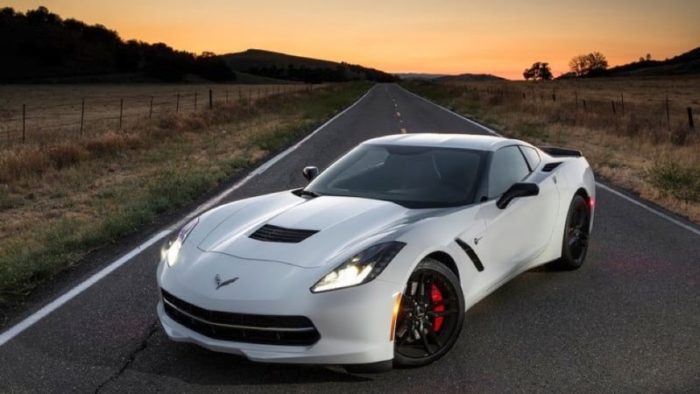 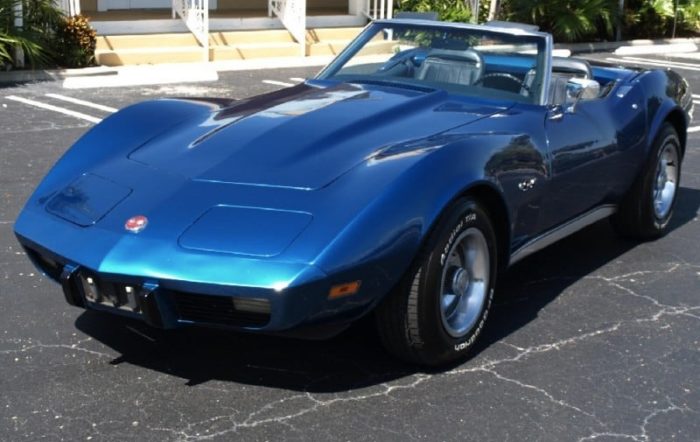 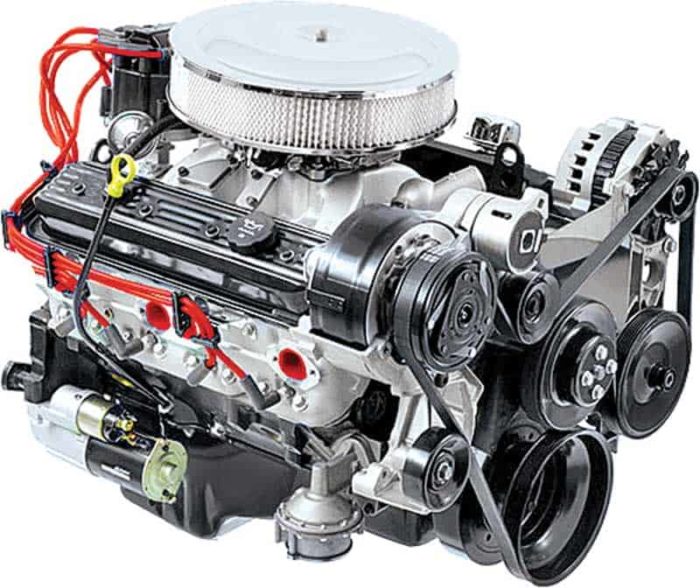 Original-architecture Small Block engines are still produced as crate engines for Chevrolet Performance and manufactured for marine and industrial applications. In fact, there are 37 versions of the various generations of Small Block available as a crate engine available from Chevrolet Performance, including 11 based on the original base engine small Block architecture. Further. its actually possible to build a Small Block entirely with aftermarket components like aluminum heads, or cast iron equivalents, engineered connecting rods, compression ratio improving systems, and other high performance parts without a single GM component.


Best of 2020 Fiat
The Top 10 Quickest Ever Ford Factory-Built Mustangs (#7 is ...
18 of the Weirdest, Wildest Rat Rods From Around the World
What is Rally Racing and Why Isn’t it Bigger in The USA?
Best 4 Seat Convertibles of 2021
4 Cursed Cars That Brought Terror To Their Owners