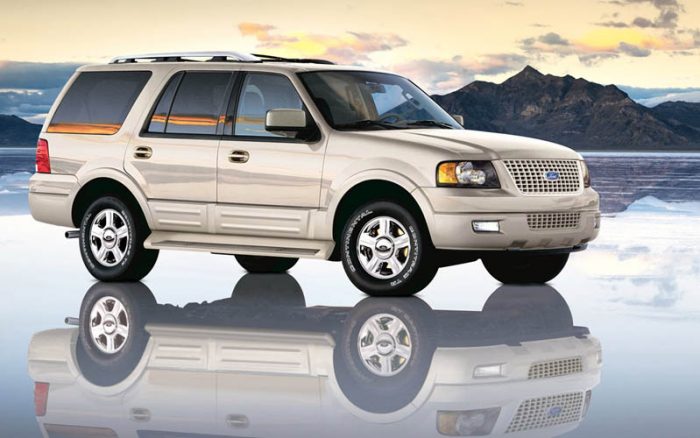 If you are not into replacing cars every so often, you should definitely check out this list of longest lasting vehicles. Thanks to a massive iSeeCars study, we gained fantastic insight into the world of used cars. We list here 20 of the longest lasting cars as identified by an iSeeCars analysis which included 13 million cars. In short, they researched all the cars that changed hands in 2016 which were produced from 1981 and have at least 200,000 miles on the odometer.

American trucks dominate the list. Although the research was concluded ten months ago, it is still very much credible.

200,000 miles may seem like quite a feat, and may leave some of you scratching your heads as to why the bar has been set so high. Before the days of planned obsolescence, however, any car worth it’s salt should be more than capable of handling that mileage with ease. 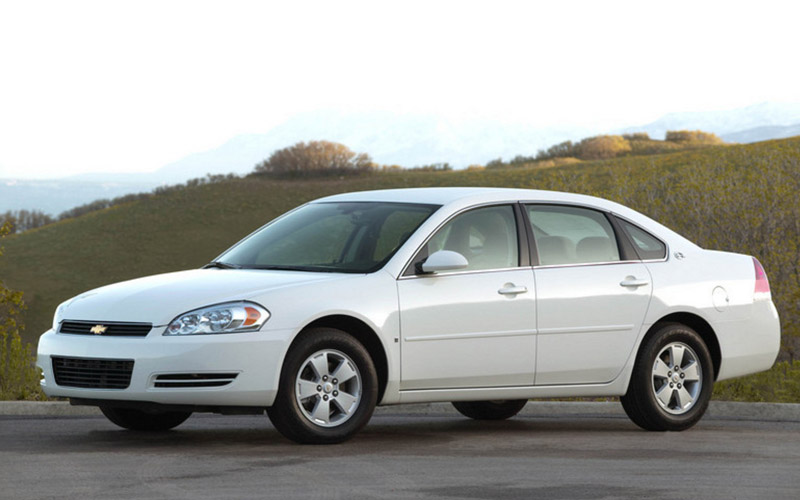 iSeeCars reported that Chevrolet Impalas are rather durable machines, many of which had more than 200,000 miles on the odometer when changing hands. While we do not have the exact number of sold used Impalas in 2016 or in 2017, we do know that 1.5 percent of all had more than 200,000 miles on the odometer. Obviously, opting for a low-mileage car could give you access to reliable and relatively cheap transportation. Stay away from the 2010 Chevrolet Impala though. At least if you believe Consumer Reports assessment more than your local mechanic. 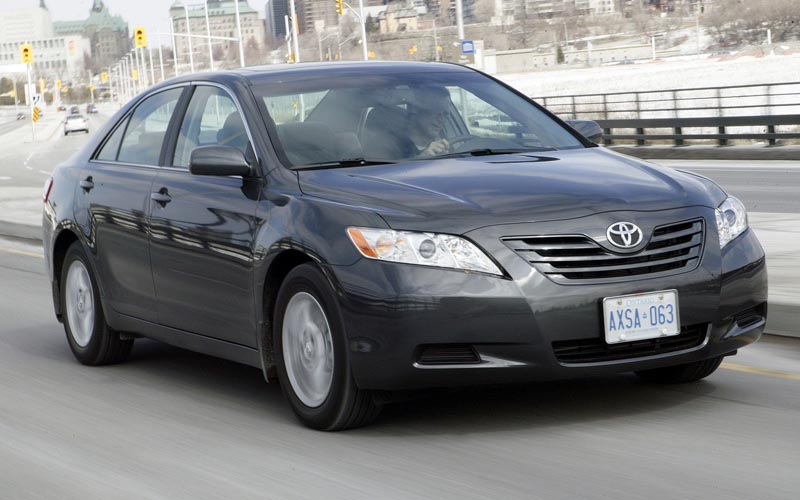 While it is far, far away from anything thrilling, the Toyota Camry may be the epitome of simple and reliable A to B transportation. No wonder it reached this list of the 20 longest lasting cars. Modern iterations of the Toyota Camry are so US-centered that they became one of the most popular cars on the American market. It did so despite the fact that the production of the Camry is actually cheaper in Japan than in the US. 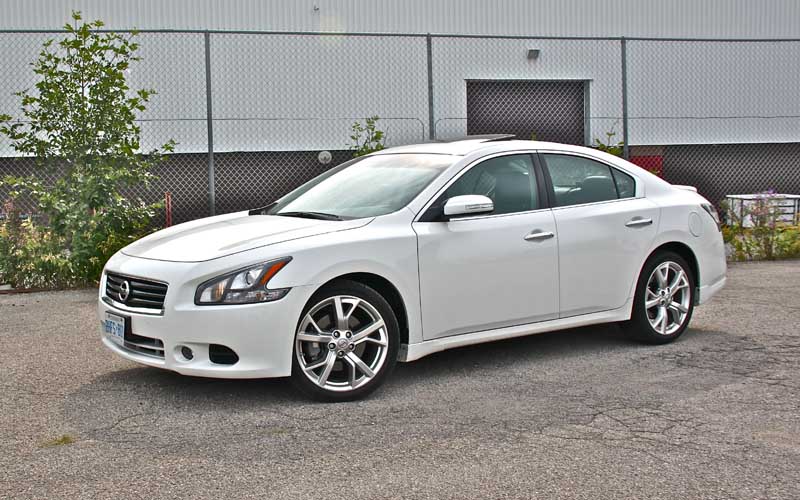 Ok so we’re three cars in and still no sign of SUVs and trucks, but bear with us. The 18th place on the list is occupied by another Japanese sedan – the Nissan Maxima. Not many find it beautiful or particularly appealing, but as is the case with the Camry, the Nissan Maxima is reliable transportation at its best. To support the claim, we can say that Consumer Reports never listed the Nissan Maxima on the list of cars to avoid. Also, 2012 and 2014 Nissan Maxima cars seem to be the best. 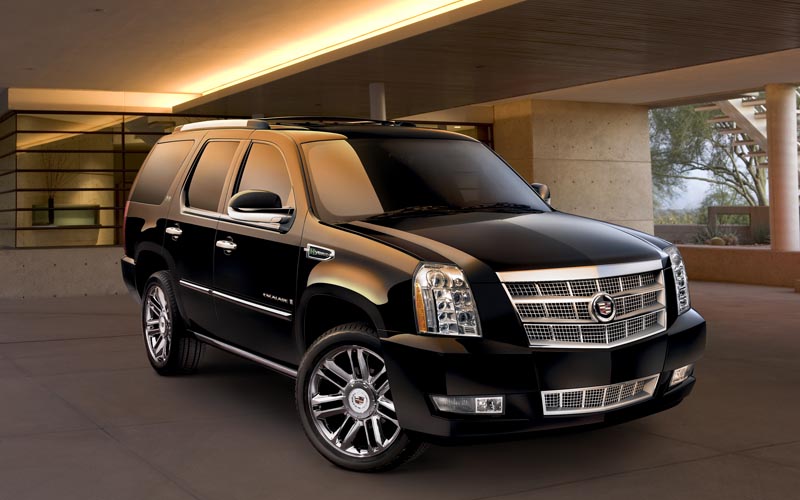 Luxury SUVs may not be the first pick for someone who wants a reliable long-term commuter. However, the Cadillac Escalade actually ranked rather well in iSeeCars’ research. Research revealed that as much as 1.6 percent of all used Cadillac Escalade cars that changed hands in 2016 had more than 200,000 miles on the odometer. As these full-size SUVs are usually parts of massive car fleets, we are not surprised to find out that many of them covered these distances. Nevertheless, while some suggest newer models aren’t as astute as older cars, it seems that buying the Cadillac Escalade can actually be reasonable. 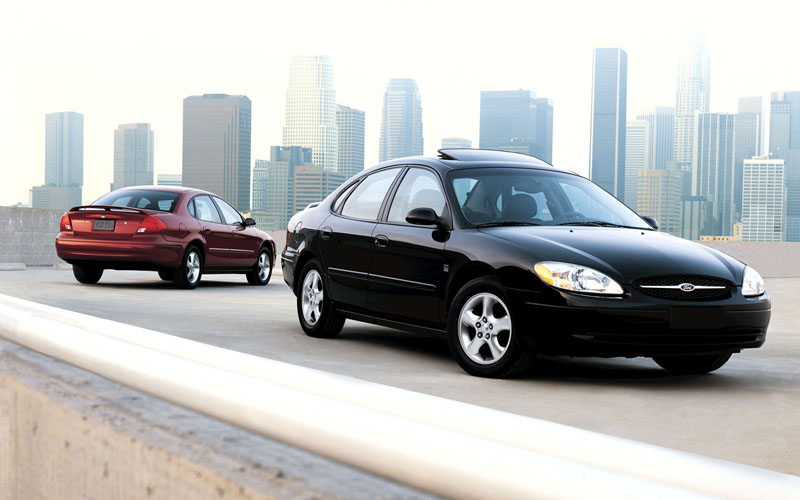 Another sedan. This is the Ford Taurus – a car known for its longevity. Interestingly enough, 1.9 percent of all used Taurus cars sold in 2016 had more than 200,000 miles on the odometer. As iSeeCars suggests, that is double the standard purchase rate of sedans that covered 200,000+ miles. The Ford Taurus is available across seven generations, though the older models are likely to be the most reliable. 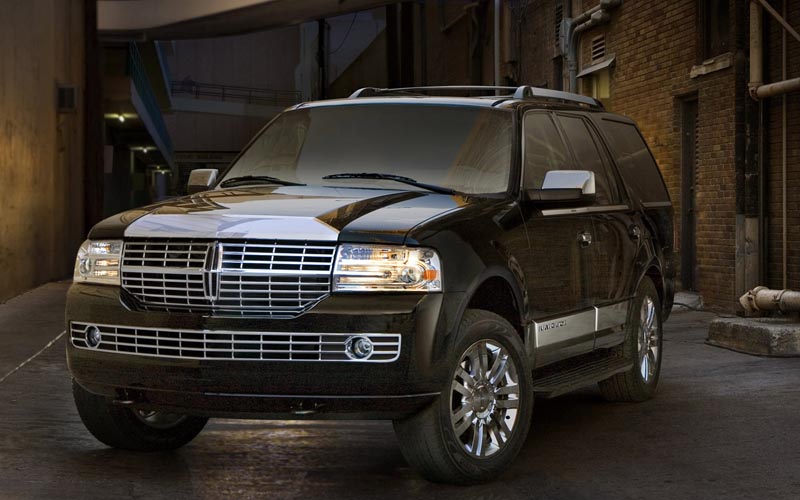 Similar to the Cadillac Escalade, the Lincoln Navigator is yet another luxury SUV capable of covering hundreds of thousands of miles and still being in an appealing condition. 2 percent of all Lincoln Navigators sold actually covered more than 200,000 miles. The Navigator is the best-positioned luxury vehicle on this list. Heck, twice as many Navigators with more than 200,000 miles switched hands compared with the closest Mercedes (who couldn’t cut it on the list). 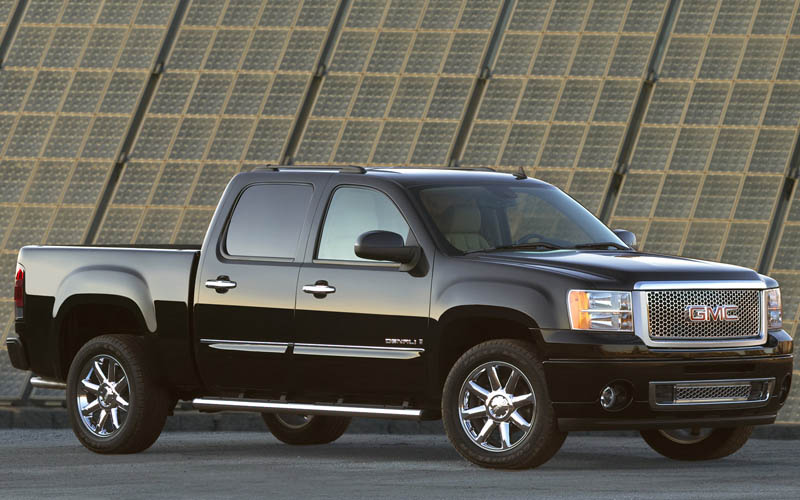 This is the first truck on the list. Don’t worry though – all important ones will be here as well. With millions of trucks sold in America every year, it is not exactly a surprise to see one of the most popular ones on the list of 20 longest lasting cars. In fact, 2 percent of all used GMC Sierra cars sold covered more than 200,000 miles. 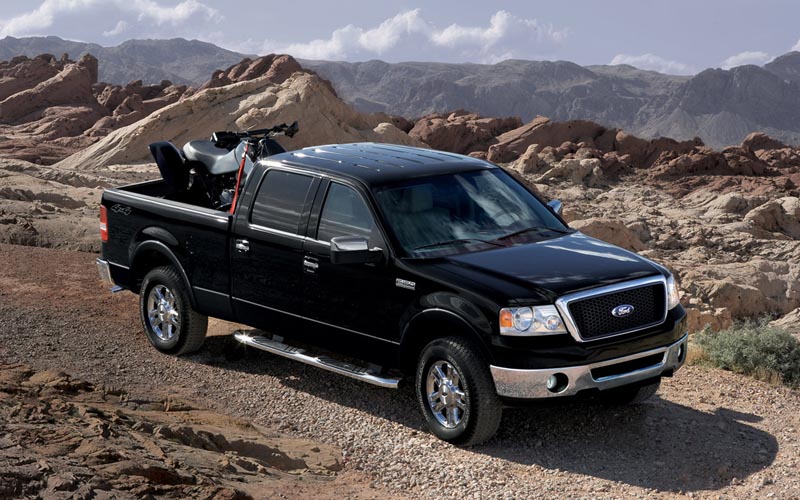 Sure, the American best-selling truck is here as well. The Ford F-150 reached the list thanks to 2.1 percent of all used models sold having covered more than 200,000 miles. Thanks to its famed reliability and a lot of units out there, the Ford F-150 easily reached the list. 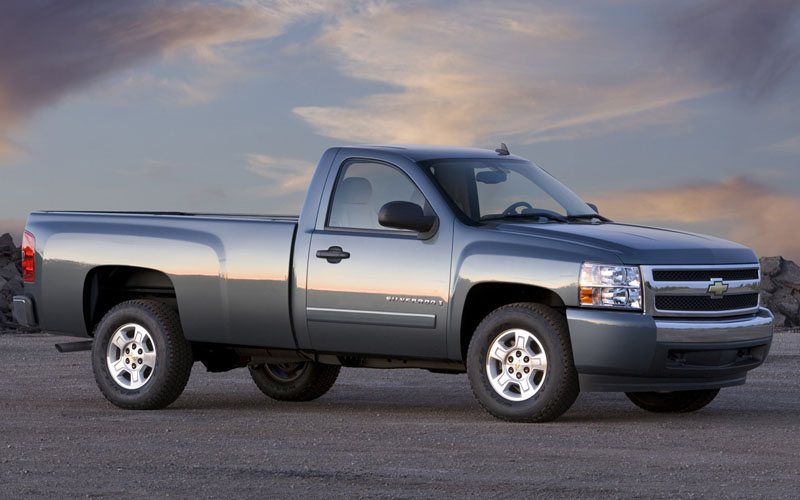 The Chevy Silverado 1500 proved to be one of the best trucks in general. It is one of the most sought-after pickup trucks in the US and with as much as 2.2 percent of used ones sold in 2016 having covered more than 200,000 miles. we can see why it is on the list. Although the Ford F-150 is the best selling new truck, the Chevrolet Silverado actually had the highest percentage of pickups that passed 200,000 miles. It is the best placed big pick up truck on the list. 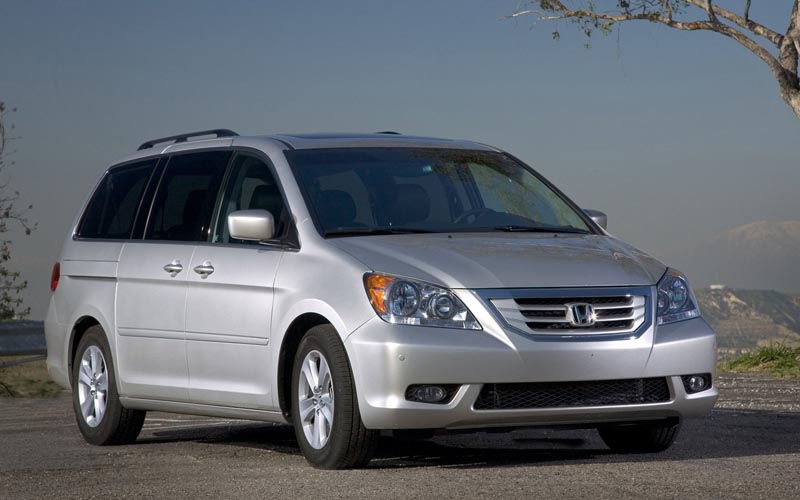 This iconic people carrier found its place on the list of 20 longest lasting cars as well. Although SUVs replaced MPVs on the wishlists of new car buyers (or any buyers really), Honda continued to produce the exceptionally practical Odyssey. Not only practical but reliable as well. With famed Honda dependability, buyers of used models do not exactly run away from high-mileage models. 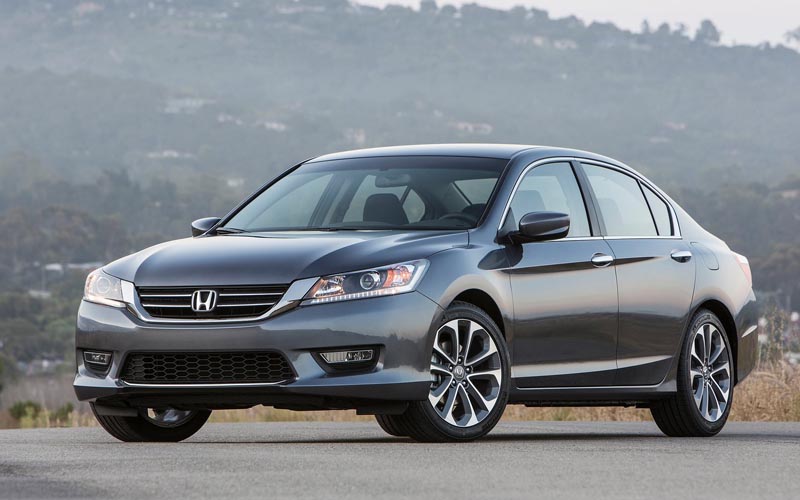 Honda dependability and reliability is definitely well earned with bulletproof sedans like the Accord. Accord managed to get the tenth place of the 20 longest lasting cars list. In 2016, 2.3 percent of all Accords sold had around 200,000 miles on the odometer. According to iSeeCars CEO Phong Ly, Accords are known to stay in the same family for quite some time – even for two generations. 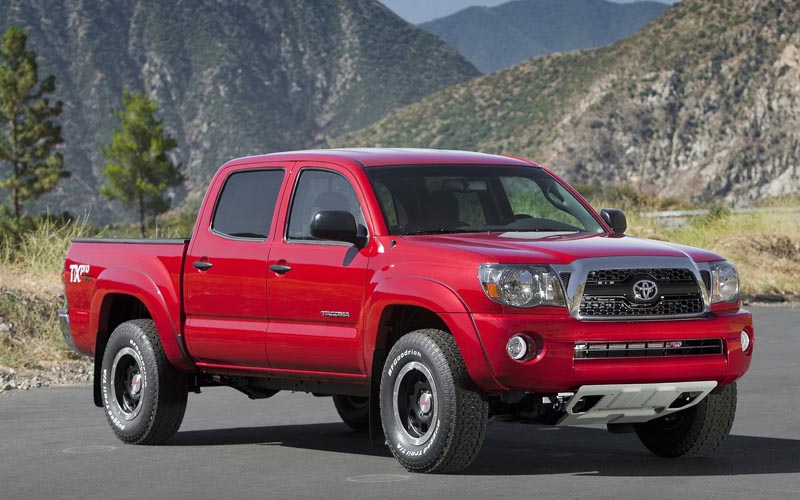 The Toyota Tacoma is the best-placed truck in the iSeeCars research. Sitting proudly in ninth place, this midsize truck is known for its flawless electric systems, dependability, and reliability. The pickup is a testament to Toyota reliability. Some even say that in the last decade it would be hard to find a better vehicle on sale altogether. 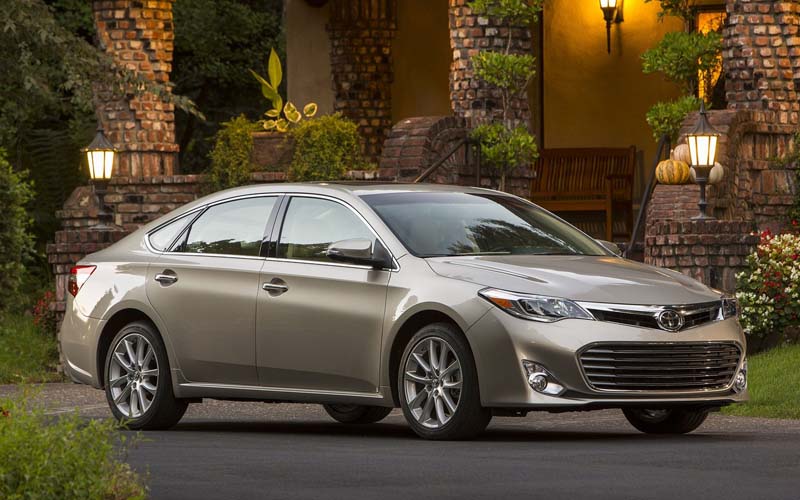 Another Toyota. This time we have the Avalon sedan. With 2.6 percent of the used ones covering close to or more than 200,000 miles, the Avalon sedan became the best-placed car of all passenger cars in this analysis. Also, if you zoom a bit around the Consumer Reports reports, you may find out that the Avalon has one of the most outstanding reliability histories of all cars. 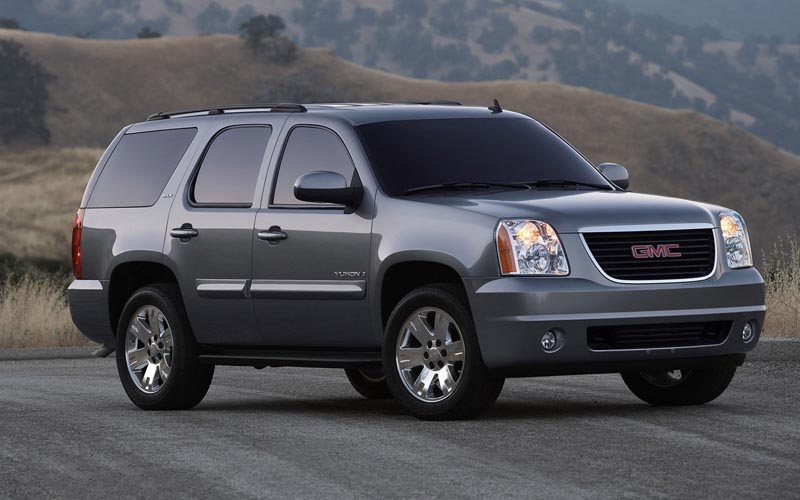 Three percent of all GMC Yukon cars sold in 2016 actually had more than 200,000 miles on the odometer. Of course, as per the iSeeCars study.

Nevertheless, the GMC Yukon has been regarded as quite a reliable SUV by almost all drivers, journalists, owners, and mechanics. This especially goes for models produced from 2011 to 2013. 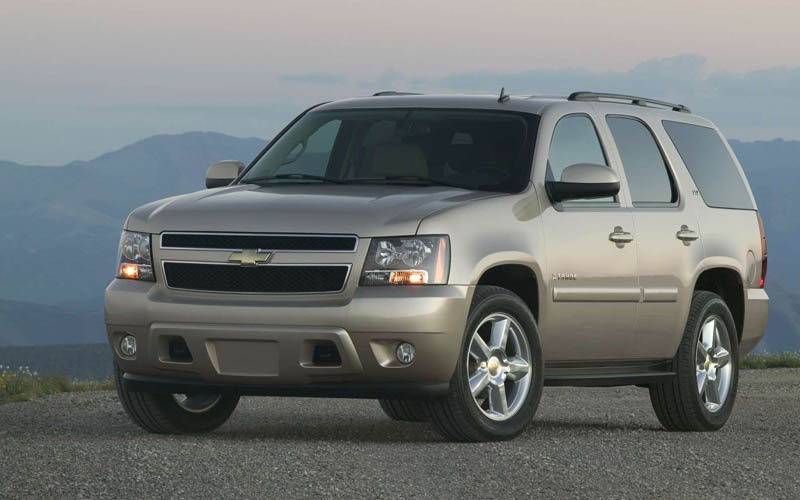 No wonder the Tahoe is really close to the Yukon on the list. Actually, it is in between the Yukon and the Yukon XL. These three are basically the same cars with only superficial differences. Nevertheless, 3.5 percent of Tahoe buyers actually opted for a unit that covered more than 200,000 miles. 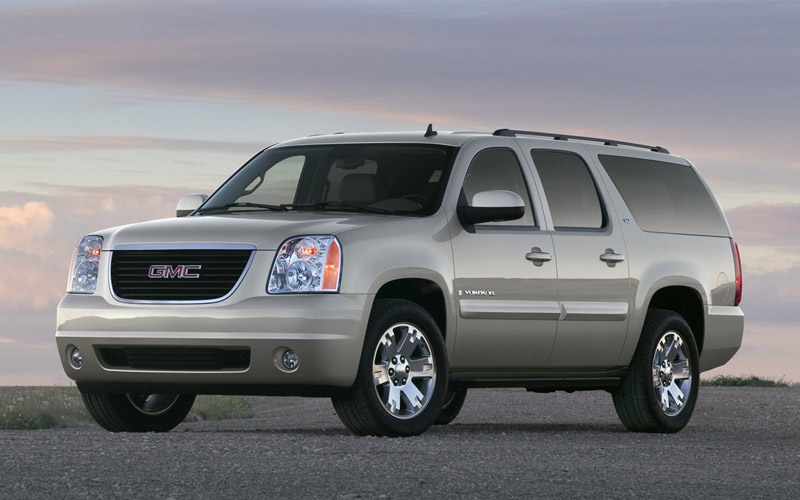 Again, we have a GM gem here – the GMC Yukon XL. Basically the third iteration of the same architecture underpinning the Tahoe and the Yukon. Although it is not exactly a beauty, GMC Yukon XL buyers actually pick high-mileage units more than is the case with the Tahoe and the Yukon. 4.2 percent of all models sold, in fact, had more than 200,000 miles on the odometer. As it is the case with its GM brothers, the best models to choose from were produced from 2011 to 2013. 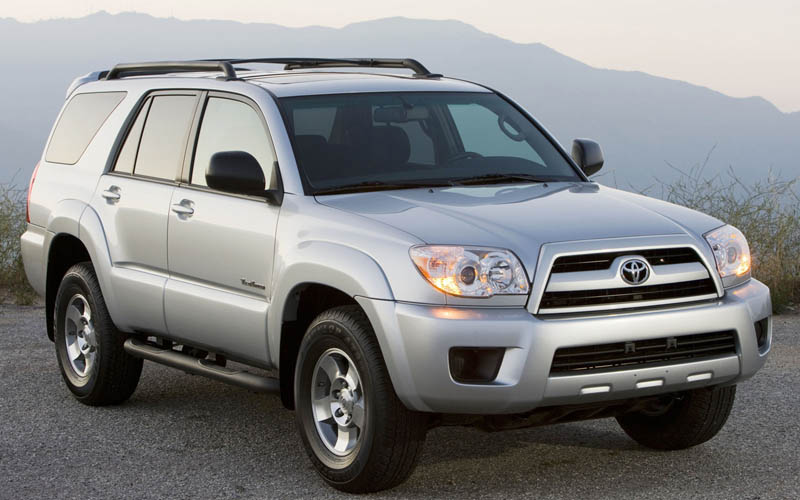 This is not the last Toyota on the list. Let me just say that.
The 4Runner is like a perfect off-roader. It goes far without any issues whatsoever which is witnessed by a reliability score of “well above average” in almost every Consumer Reports research ever done. As for the people buying used ones, as much as 4.7 percent of them actually bought one with more than 200,000 miles on the clock. 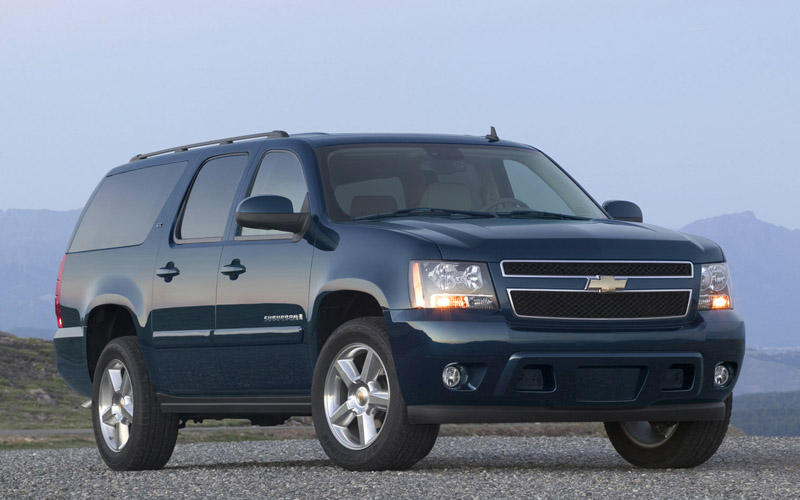 The GMC Yukon XL, the Chevy Tahoe, and the Cadillac Escalade have another brother on this list. It is the Chevrolet Suburban. As it is cheaper compared with the Escalade, buyers are actually quite content choosing units with higher mileage. As much as 4.8 percent of buyers opted for models with 200,000+ miles on the odometer. 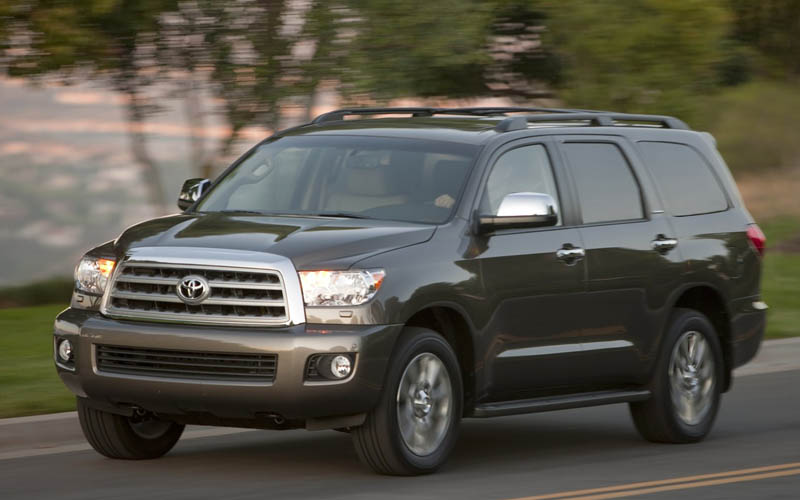 Finally, the last (and fifth) Toyota on the list. This car is so well built and bulletproof overall that buyers do know they are not getting themselves into trouble if they buy a high-mileage model. In fact, 5.6 percent of buyers did choose a high-mileage model in 2016. 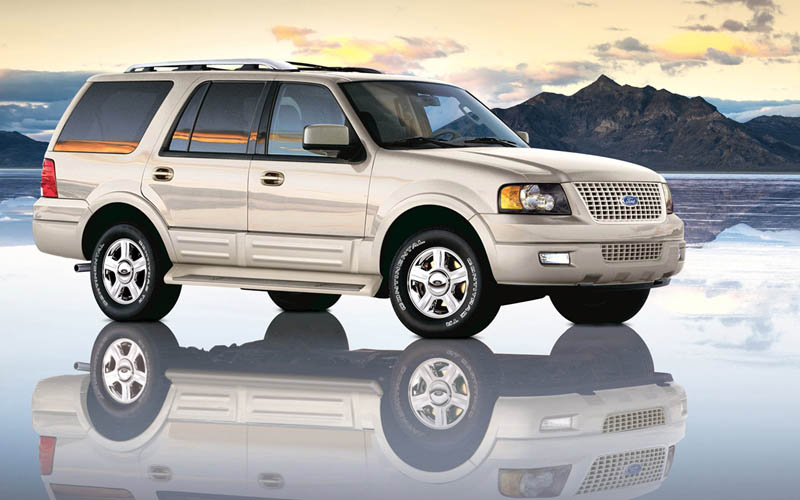 “Super-sized SUVs such as the Ford Expedition…are often workhorses for families,” said Ly. “For those parents who don’t want to drive a minivan, these vehicles transport the kids from one activity to the next.”

As much as 5.7 percent of buyers opt for high-mileage models with many of them praising models from 2011 and earlier and newer models from 2014 and 2015.