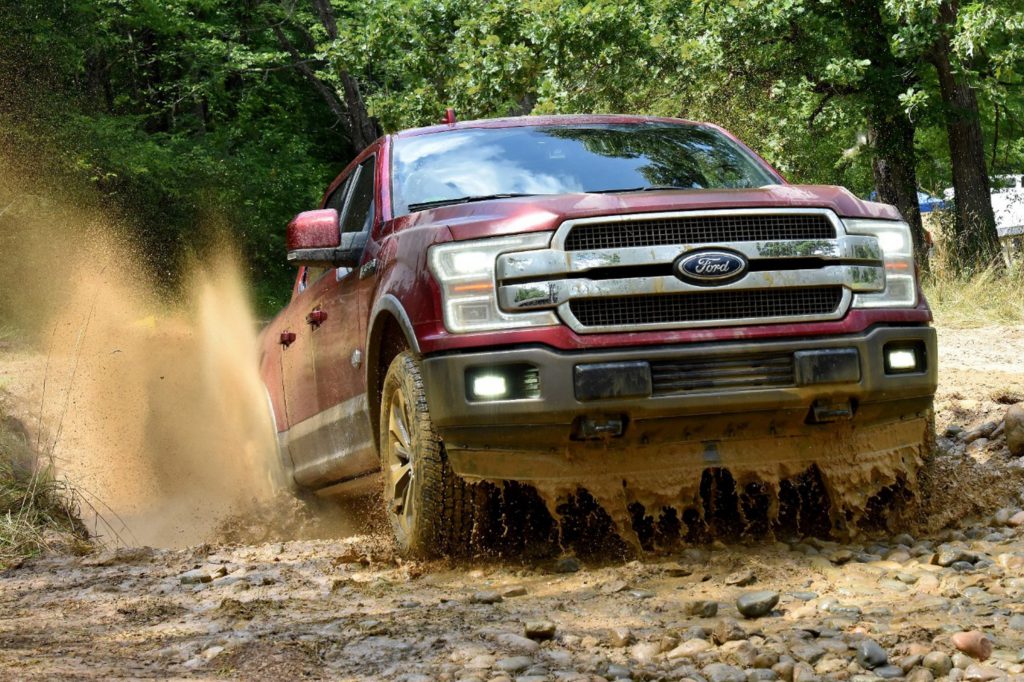 The Ford F-Series has been the best-selling pickup on the road for decades. It’s been on the market for more than 50 years, entering its 14th generation for 2021. If you’re shopping for a late-model used Ford F-150, you’re probably looking at a 13th-generation version of the truck and will want to be on the lookout for these Ford F-150 common problems.

The 13th generation launched in 2014 and was on sale from model year 2015 through 2020. Ford sold millions of copies of this pickup truck, ranging from single cab work trucks and luxury Platinum dualies to the off-road-ready F-150 Raptor.

Through building that many trucks, and the tens of millions of trucks that came before, Ford was able to design and build an exceptionally rugged vehicle. Still, there are some potential issues you will want to be aware of when shopping for used F-150s.

We’ve read through owner’s groups, forums, and even government databases to bring you the common problems with the 13th-generation, 2015-2020 Ford F-150. We weren’t able to find many issues with the trucks that popped up more than a few times. Here are some of the issues we were able to find. 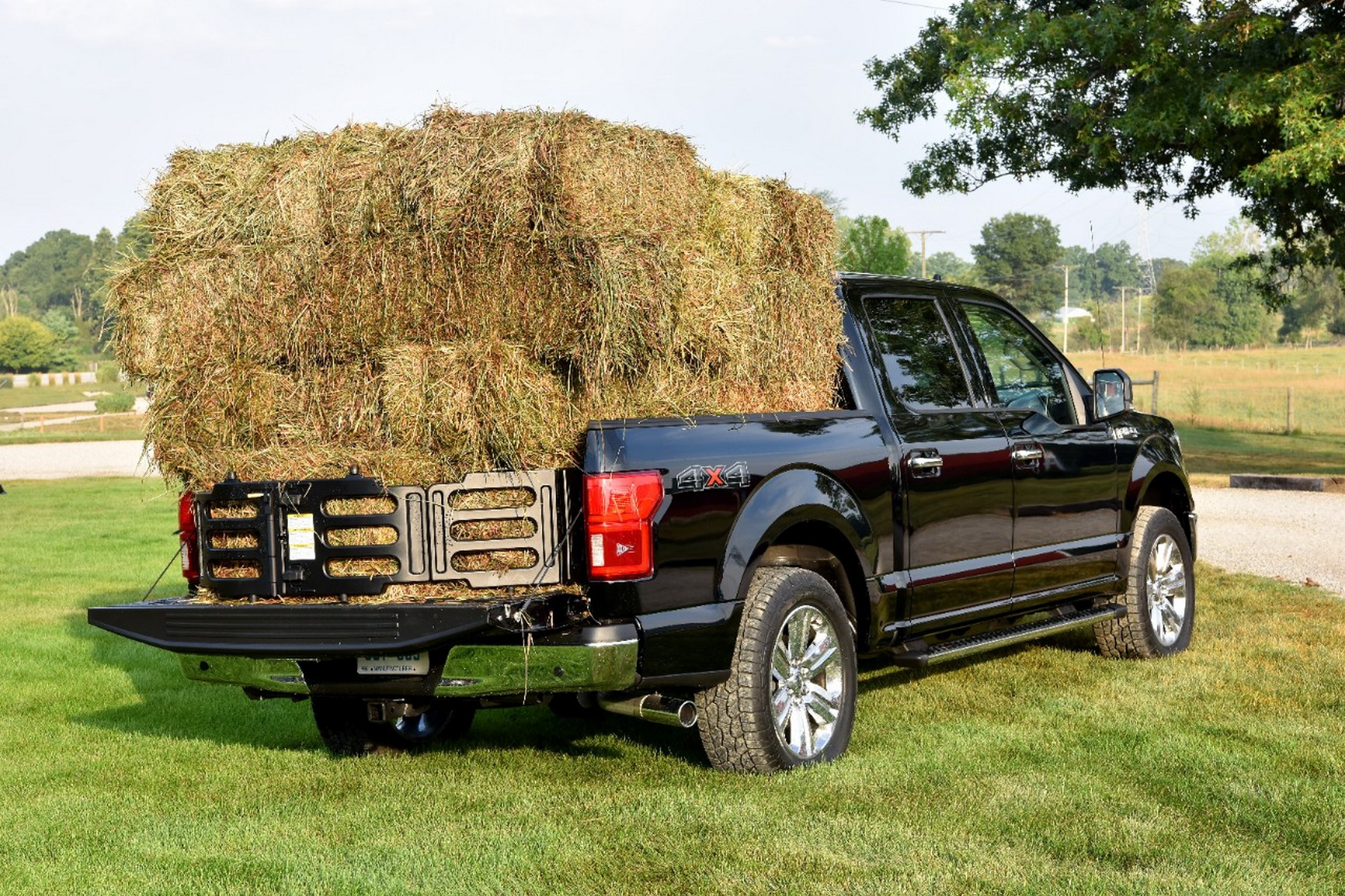 The 13th-generation Ford F-150 was the first version of the pickup to have an entirely aluminum body. The metal was lighter than and at least as strong as the steel it replaced, allowing for better fuel economy and higher towing and payload ratings.

When the trucks were first launched and still new, there were concerns about the durability and cost to repair the aluminum body. Six years and millions of F-150s later, we can find no complaints about body durability or repair costs. It’s also the only current pickup where you won’t have to worry about body rust.

And while the aluminum body of the 13th generation F-150 appears to have held up well to the test of time, there were a few other areas with issues. 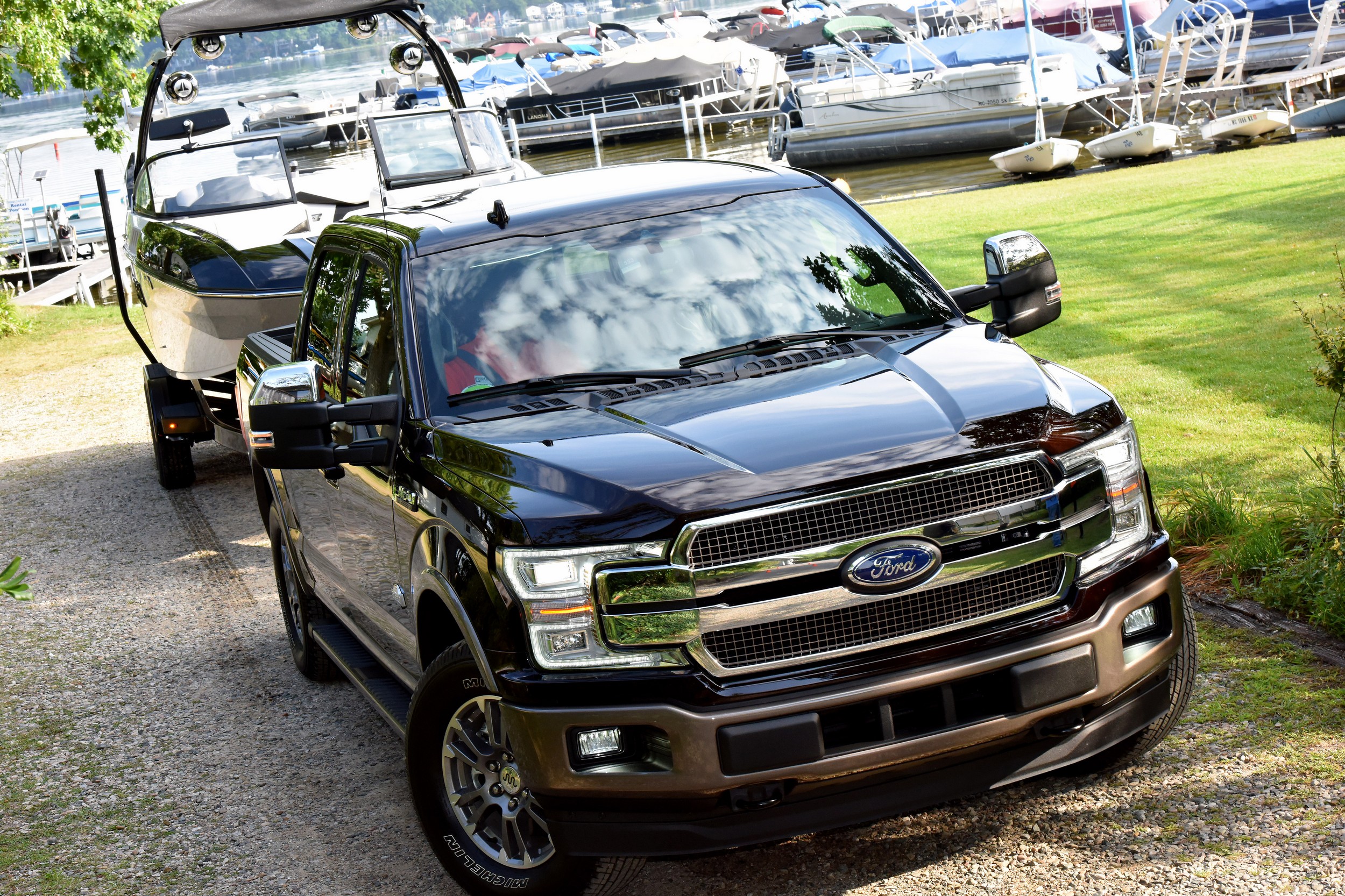 Electronic throttle bodies in the trucks can fail. A failed throttle body can mean sudden low or no power or can put the truck into limp mode. Replacing the throttle body is an easy fix, but we’ve seen reports that high demand means it can take some time to get the part.

Turning the truck off, waiting, and then turning it back on again can give you a temporary fix to get you home or to the shop, but you could suddenly lose power on the drive, so calling a tow truck is probably a safer bet.

Some 3.5L EcoBoost and 5.0L V8 Ford F-150 truck owners have reported issues with the cam phasers. Cam phasers are part of the variable valve timing system and operate when the camshafts open and close the valves. Symptoms of bad or worn phasers include a loud and rough idle, especially during a cold start.

Ford has issued some warranty extensions and service bulletins on these parts to give owners added coverage. Failure of the parts can lead to a stretched or failed timing chain and reduced power. It can also result in serious internal engine damage if not addressed. That said, given the number of these engines on the road, the risk of failure seems low. 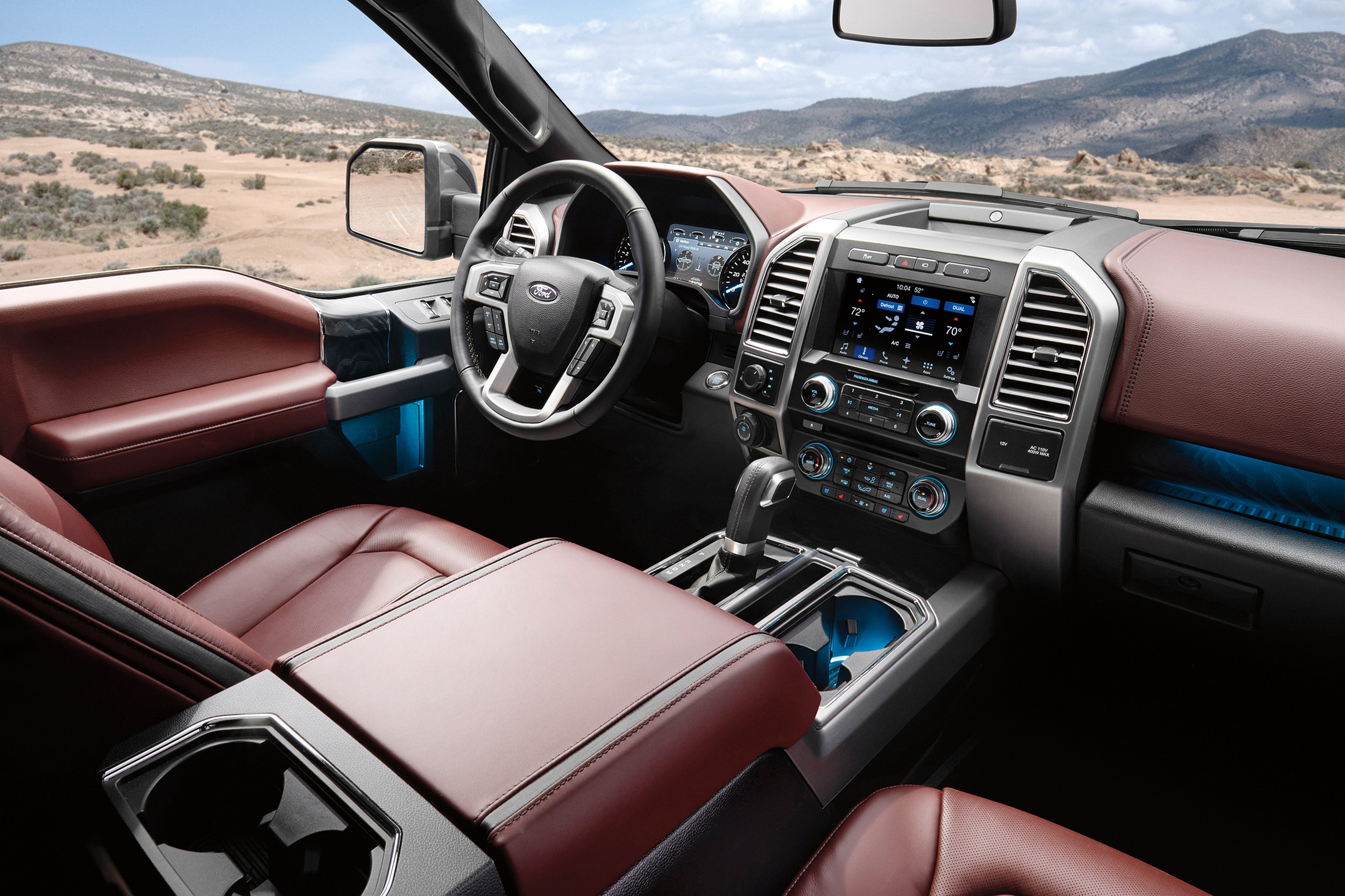 Owners of some higher trim level trucks have reported that the seat ventilation doesn’t working properly to cool the seatbacks. The reports suggest that the seat bottom is cooled, but the backrest seems to become warmer. This may be the result of a disconnected duct inside the seat, which is a straightforward fix. If that’s not the fix, then you’re likely going to have to replace some of the seat internals.

Ford uses a two-piece lug nut on many of its vehicles, with a chrome cap over the inner nut. Some owners, especially in salt belt states, have reported that the two parts corrode and come apart. This won’t cause your lugs to loosen; rather it will stop you from loosening your lug nuts and removing them at service time.

If you see corrosion on your lug nuts at tire rotation or during your seasonal tire change, replacing the lug nuts with a conventional one-piece design before they become a problem is a common fix.

Lastly, we’ll mention one issue we’ve seen reported but haven’t seen any reported fixes. Some owners of 2015-2020 Ford F-150 trucks have reported vibration starting in what feels like the driveline of their trucks. Reports indicated the vibration was only under acceleration or deceleration, with fixes like ball joints, drive shaft mounts, and other common solutions not working. This may be related to tires, but if you’re on a test drive and notice a strange vibration, you’ll want it addressed before you sign on the dotted line. 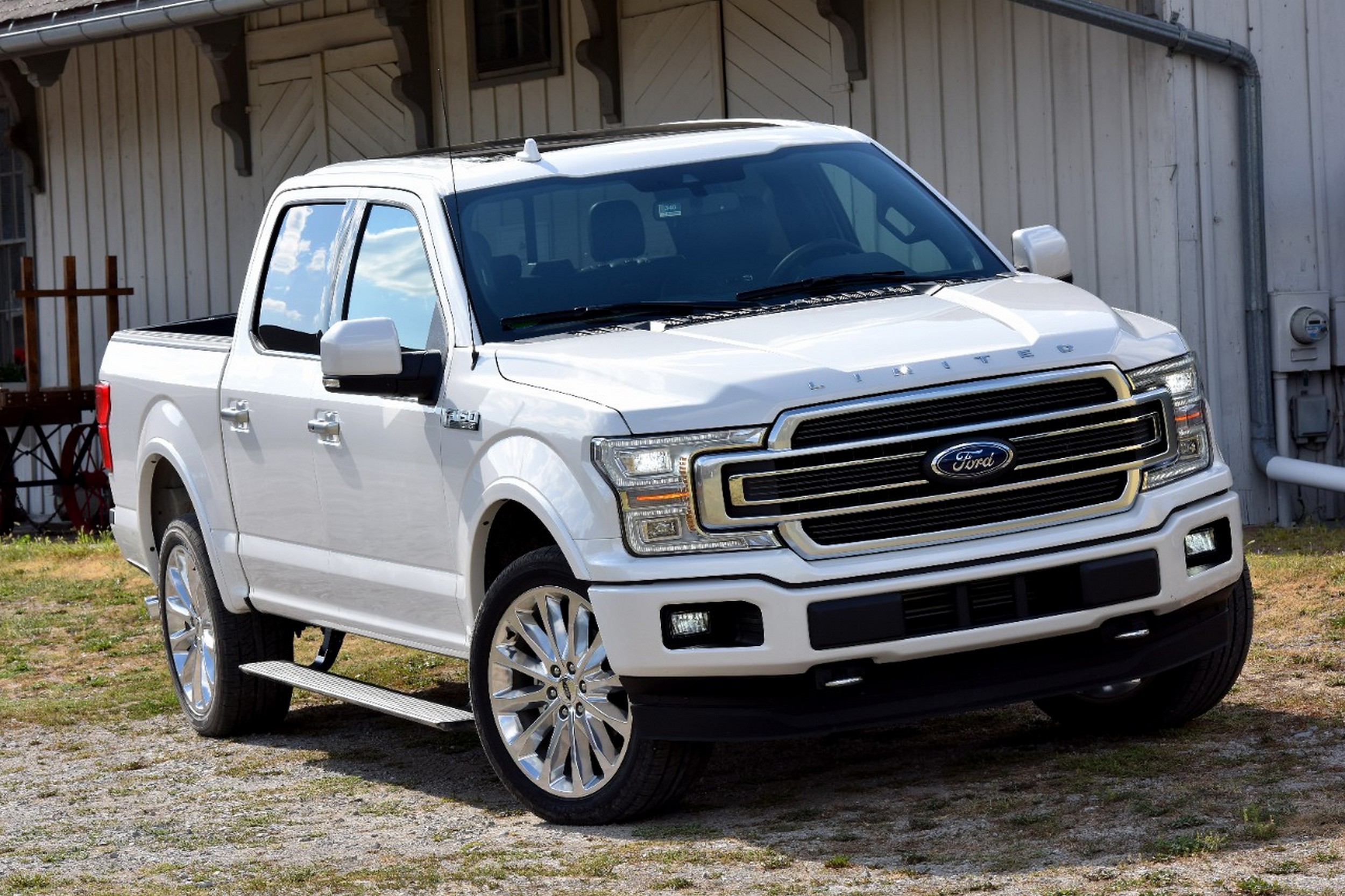 Plenty of common issues with any production vehicle, especially if they’re related to safety, end up in the hands of the National Highway Traffic Safety Administration. If the NHTSA investigates and confirms an issue, then they, along with Ford, issue a recall telling all owners how to fix the issue. When shopping, ask if there are any outstanding recalls. Normally, even if it’s been a few years, you can still get the fix for no charge.

Widespread recalls (note that this isn’t an exhaustive list as some recalls affect only a handful of trucks) on the Ford F-150 include an issue with certain 2014-2017 F-150 trucks with the 3.5L EcoBoost V6. Some of these trucks have a brake master cylinder that could leak fluid into the brake booster, causing braking problems. This recall campaign, 20S31, started in October 2020, and Ford dealers will inspect and replace the master cylinder. It affects 292,311 trucks.

18S45 and 19S11 involve F-150s built from 2015-2019 that were equipped with a block heater. The block heater connection could let water and contaminants in, leading to corrosion and damage. Dealers will replace the cable for free.

18S27 affects certain regular and SuperCrew F-150 trucks from 2015-2018 and requires removal of the B-pillar and swapping insulation for heat resistant tape, related to a seatbelt pre-tensioner issue.

17S33 covers 2015-2017 trucks where a door latch can have faulty cables or can freeze, leading to doors coming open while driving.

18S10 affects 2018 models with the 10-speed automatic transmission and affects the gear shift cable. The clip may not be properly seated causing the truck to be in a different gear than selected. Again, dealers will inspect and repair the issue.

With such a large number of 13th generation Ford F-150 trucks sold, we’ve found a surprisingly small number of common issues, which might be part of what makes this best-selling truck so popular. Like all vehicles, occasional issues can occur, but this list covers the most common problems with the 2015-2020 Ford F-150 and should address potential issues to keep in mind when shopping for or owning one of these popular trucks.