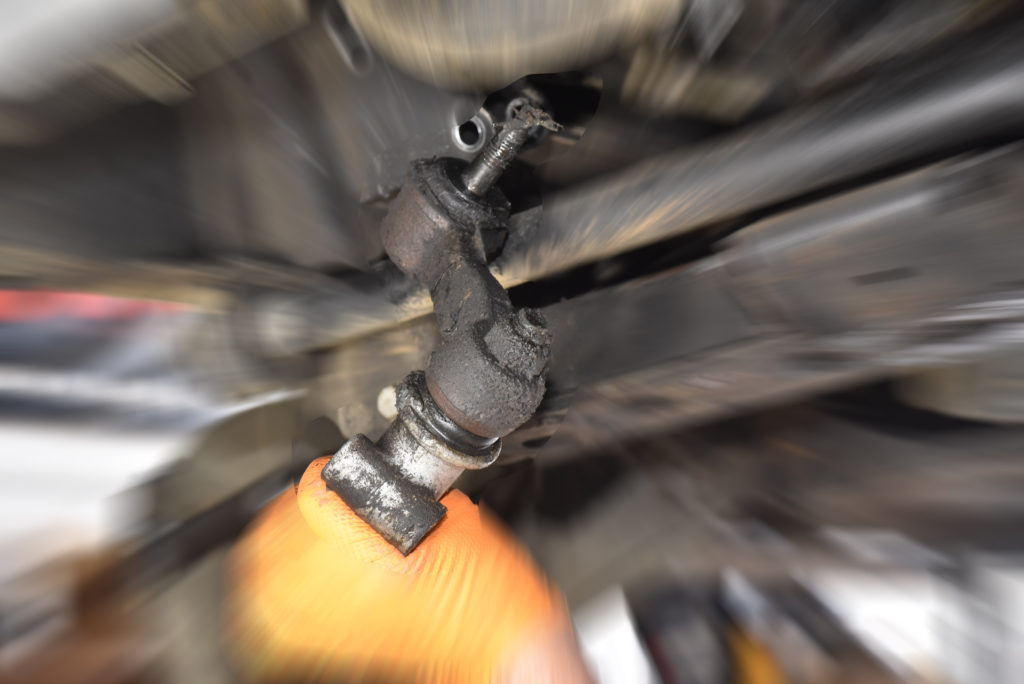 Play in the steering wheel, wander on the road, rut tracking, and inconsistent steering response are typical handling complaints owners of Chevrolet and GMC pickups and SUVs experience when the miles start adding up on the odometer.

These handling ills are normal and are among the many reasons owners head to repair shops when vehicles accumulate mileage and years. There’re tremendous forces at work in a vehicle’s steering system trying to keep everything up front on the straight and narrow, especially for pickups and full-size SUVs subjected to a lot of towing. 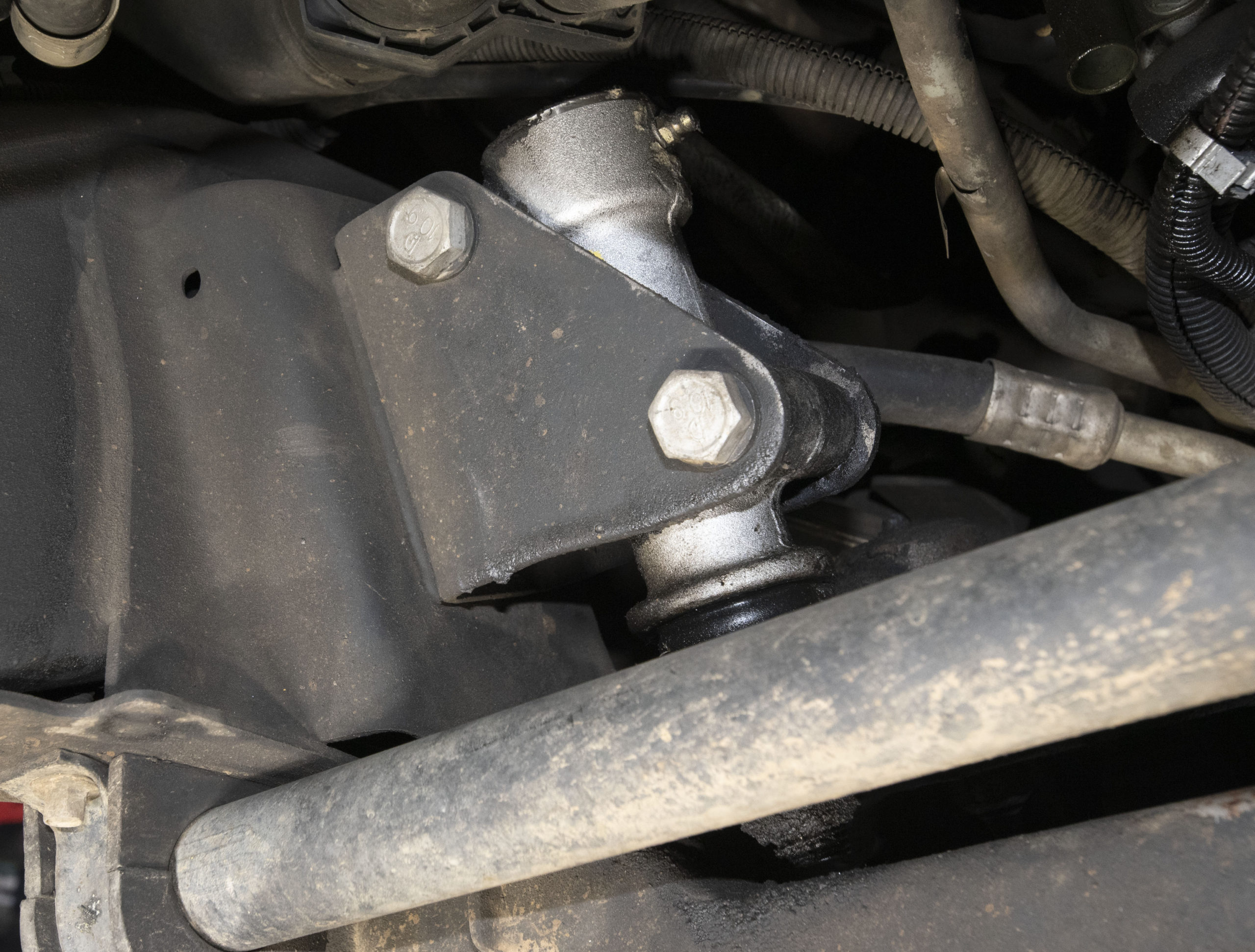 Sloppy steering is usually the result of excessive wear in the idler arm pivot support, also known as the “bell crank,” and worn tie-rod ends. This type of wear in the steering system is common on 2001-2010 GMs, most of which are now getting high in both miles and years. The factory idler arm pivot support can be found on the passenger side above the front axle and directly above and behind the sway bar.

Whether on a 2WD or 4×4 GM pickup, a 1500, 2500, 3500, stock or lifted, excessive wear in steering-related parts, especially the idler pivot support assembly that keeps the front end steering linkage secure, need to be addressed.

Replacing the factory idler pivot support is easy, and, if you don’t need the optional weld-in gusset, just about any do-it-yourselfer can do it with basic hand tools. Having the pickup on a lift to do this job is nice but not mandatory.

John Henderson at Henderson’s Line-Up in Grants Pass, Oregon, and the parent company of SuperSteer, recommends installing the heavy-duty SS175 SuperSteer Idler Pivot Assembly. The SS175 Idler Pivot Assembly is a beefy, cast-aluminum unit with sealed, tapered roller bearings that outlasts and outperforms any other factory or aftermarket replacement.

The bolt-in SuperSteer unit reduces steering play, rut tracking, and overall road wandering for an MSRP of $223. The SuperSteer SS175 Idler Arm Support, with the optional weld-in gusset, is designed as a heavy-duty bolt-in replacement that takes steering wheel play out of 2001-2010 GM pickups from 1500 2WDs to 3500HD 4x4s. 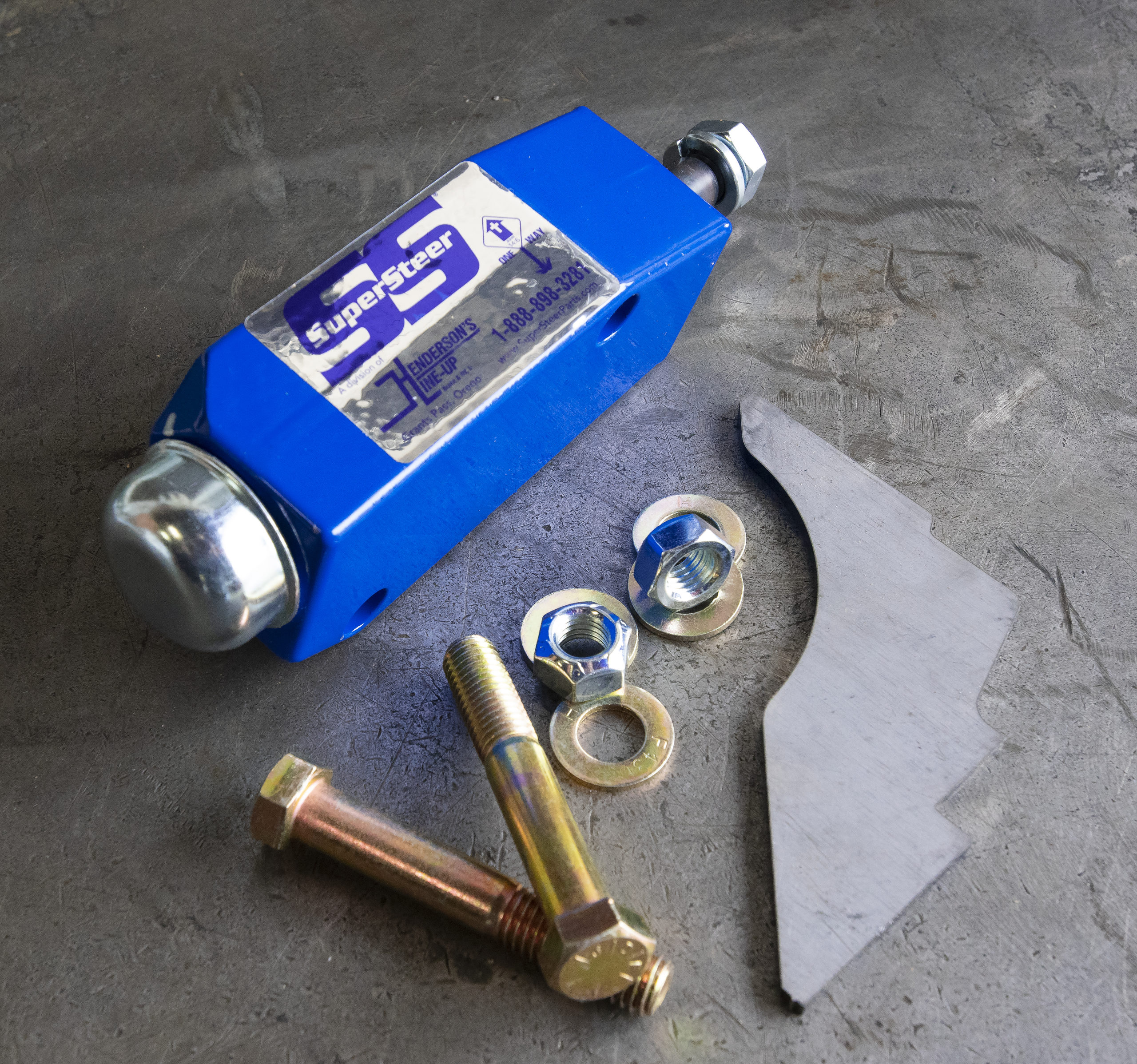 SuperSteer recommends adding their optional SS102 weld-in gusset on GM HDs running a lift and bigger tires. This gusset prevents the thin steel GM mounting bracket from flexing, which is an issue on customized trucks, especially those towing trailers.

A Step-by-Step Guide to Install The SuperSteer Idler Pivot

We installed the SuperSteer Idler Pivot on a 2007 Silverado 3500 Duramax 4×4 with more than 210,000 miles on the clock. I didn’t lift the truck, but it had seen plenty of time towing a 35-foot trailer on interstates, country, and mountain roads throughout the Pacific Northwest.

The excessive play in the steering wheel was very noticeable, and the Silverado exhibited all the symptoms of worn steering components.

Installation took about an hour; removing the tie-rod from the idler support was the most difficult step. A large-mouth tie-rod separator did the job very effectively. Don’t have one in your toolbox? You can rent them from many auto parts stores such as Auto Zone. 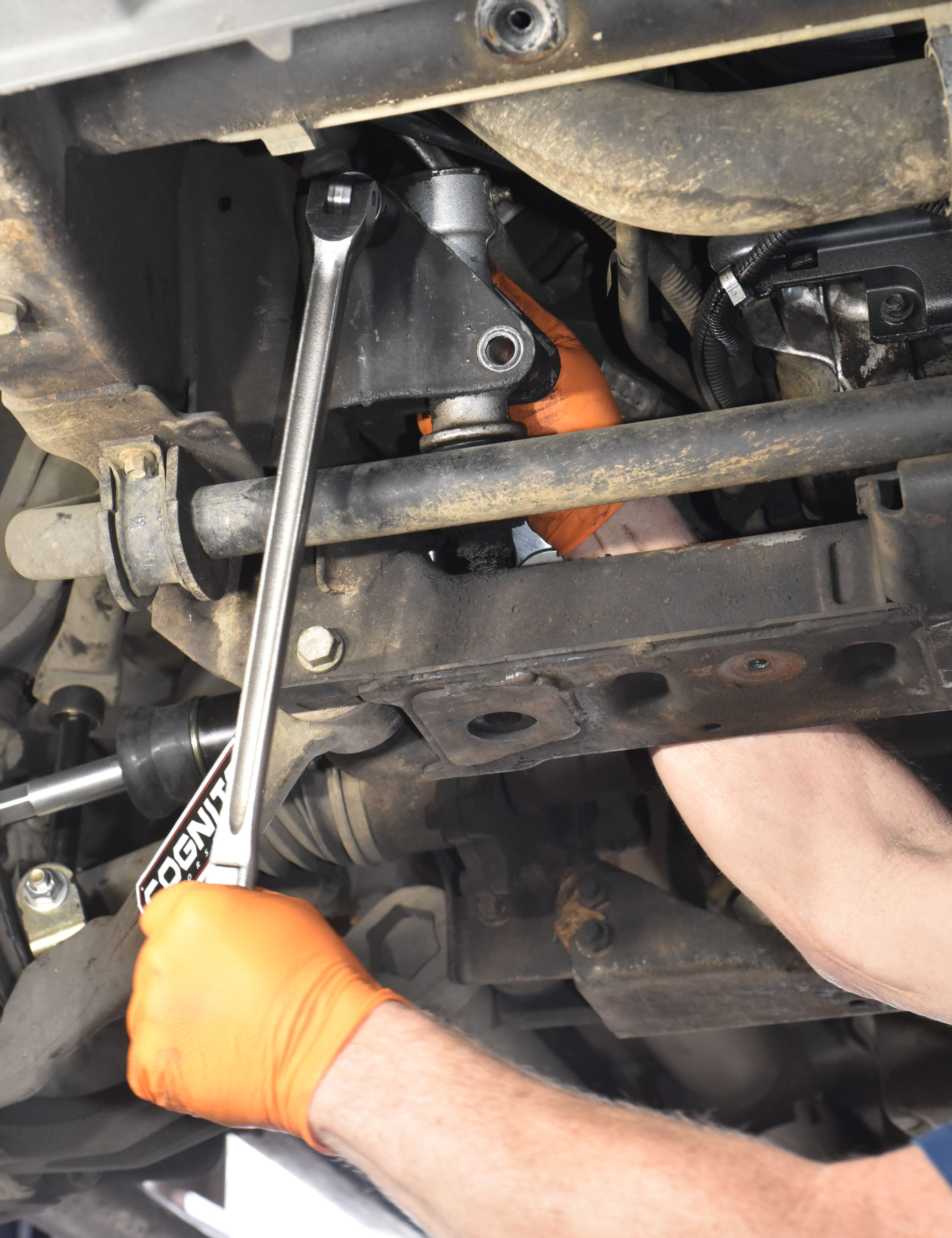 The rest of the installation involved unbolting the OEM idler assembly, bolting the SuperSteer replacement in its place, and re-installing the tie-rod.

Henderson also recommends installing their weld-in gusset (MSRP $21) on lifted 4x4s because the GM bell cranks are notorious for flexing at their mounting location when the added steering load of taller, heavier tire/wheels are added to the mix. Flex at the bell crank contributes to road wander. SuperSteer’s bracket cured that problem.

The answer to keeping the new idle pivot assembly from moving under heavy steering loads, like those found in lifted 4x4s, is welding the optional gusset to the front mounting bracket. The frame needs to be cleaned before welding. 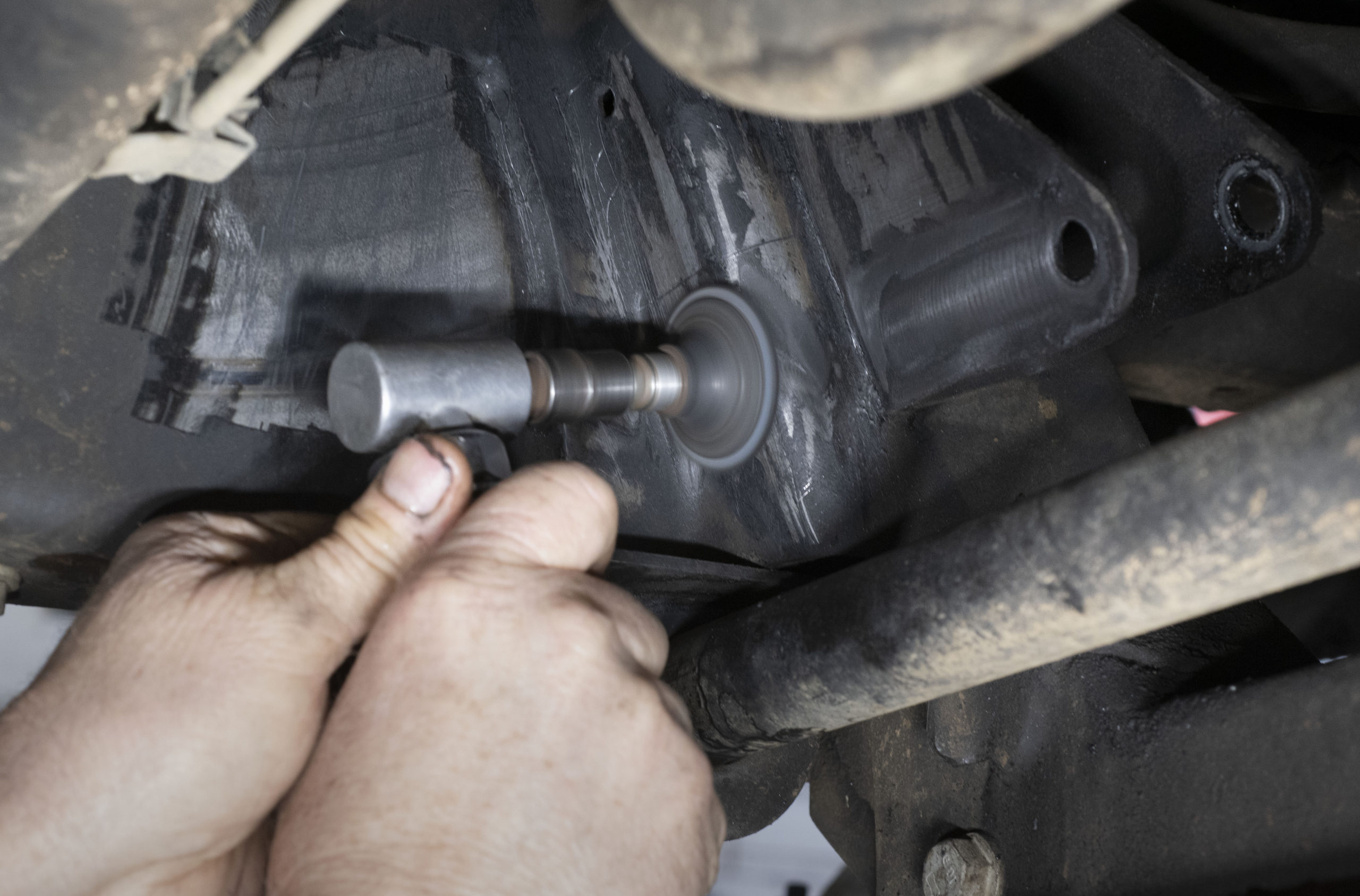 Once cleaned, welding the optional support gusset is simple if you have a welder on hand. This added gusset is useful on pickups that have lifts and are running bigger tires. It’s not necessary on stock 2001-2010 GMs. 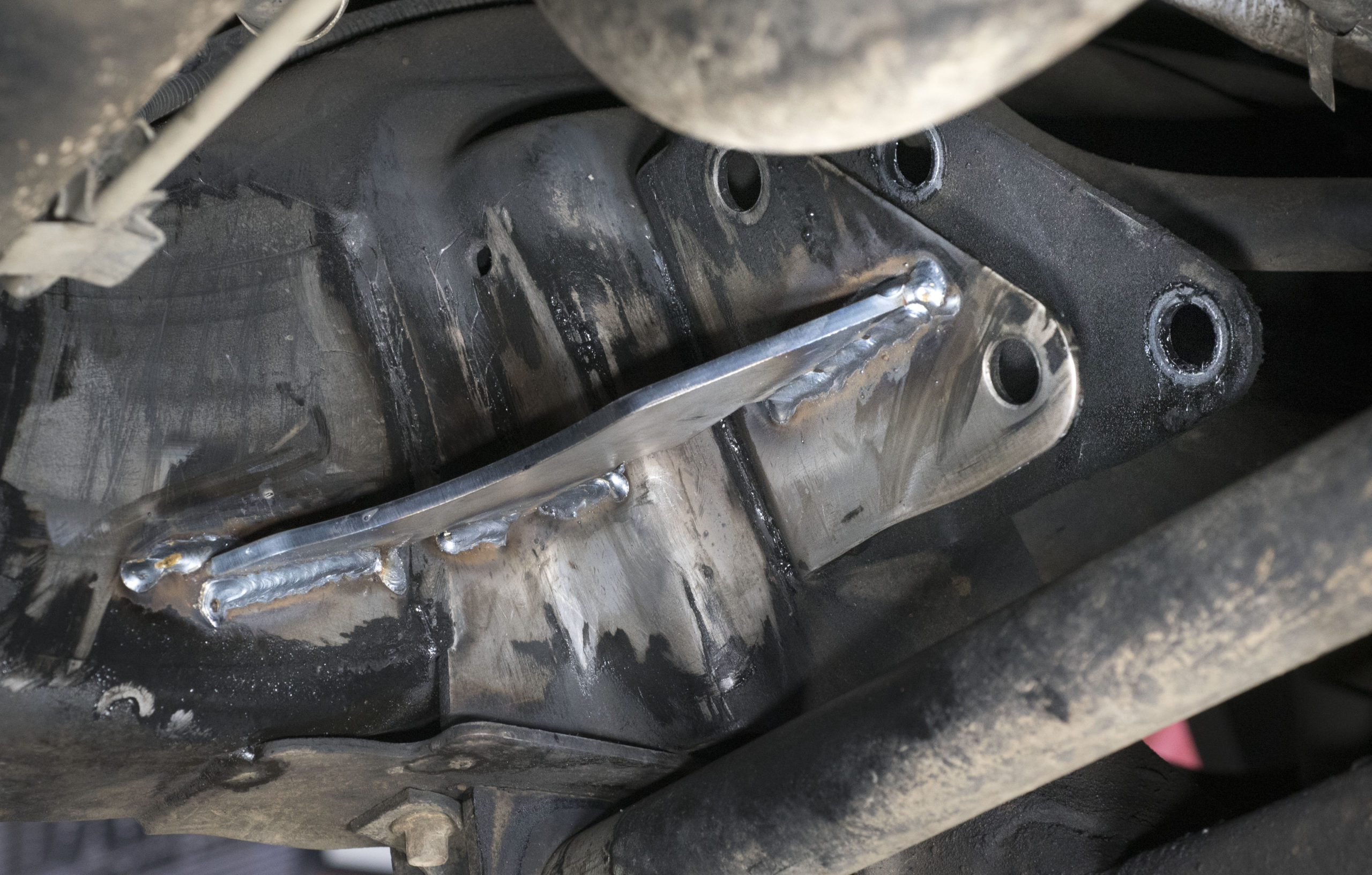 After installing the support gusset, I installed the SuperSteer Idler Arm Support Assembly by reversing the OEM unit removal steps, using the 9/16″ Grade 8 bolts, flat washers, and locknuts that came in the SuperSteer kit. I torqued these fasteners to 100 ft.-lbs. and re-attached the idler arm to the Idler Arm Support Assembly using the new lock washer and nut supplied, which were torqued to 100-125 ft.-lbs. Finally, the front-end alignment was checked and adjusted as necessary. 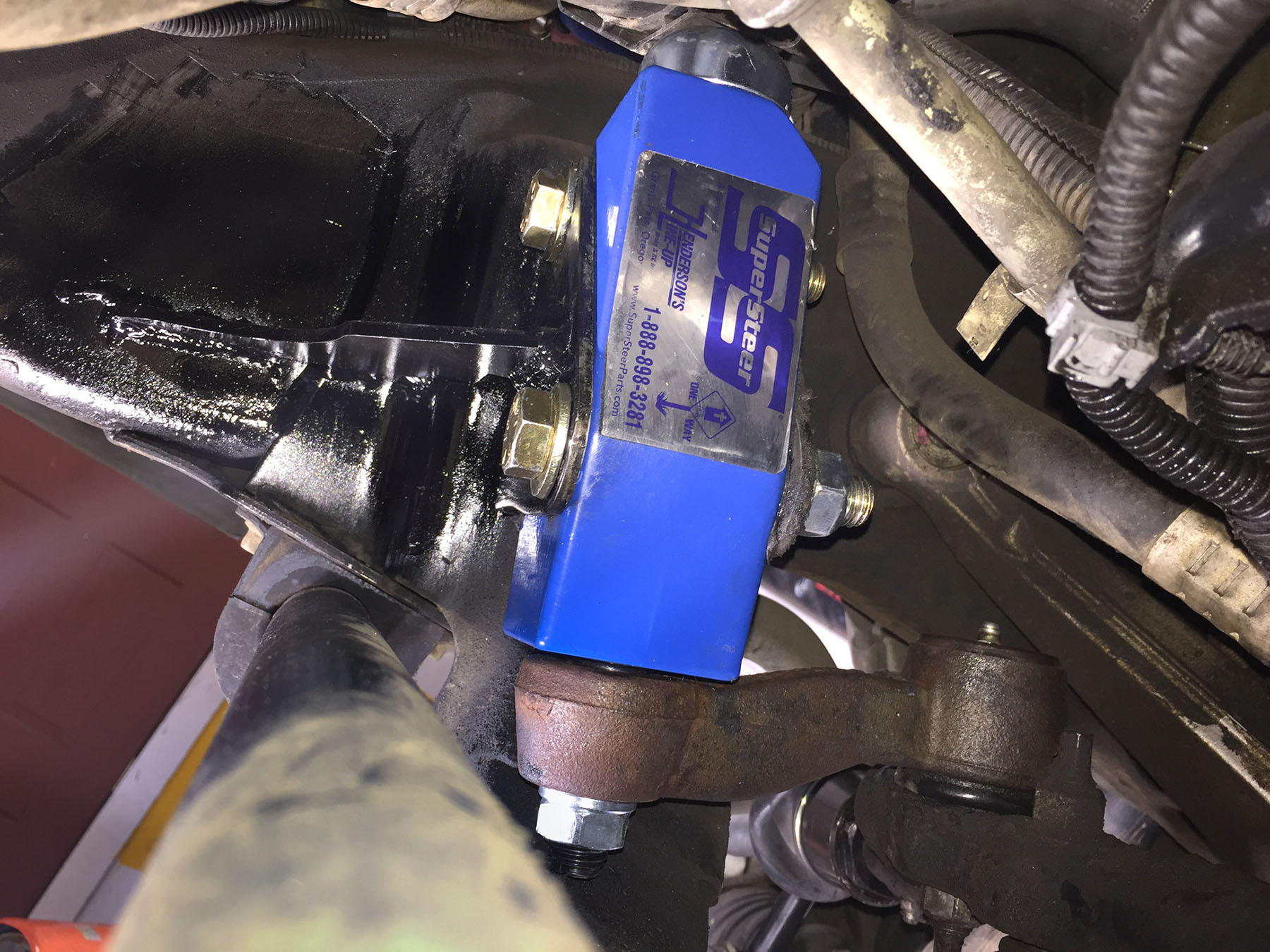 Laying the OEM idler arm support (left) next to the heavy-duty SS175 SuperSteer replacement illustrates the difference in size and strength between the OEM part and the SS175. SuperSteer utilizes sealed roller bearings and much stouter components overall. 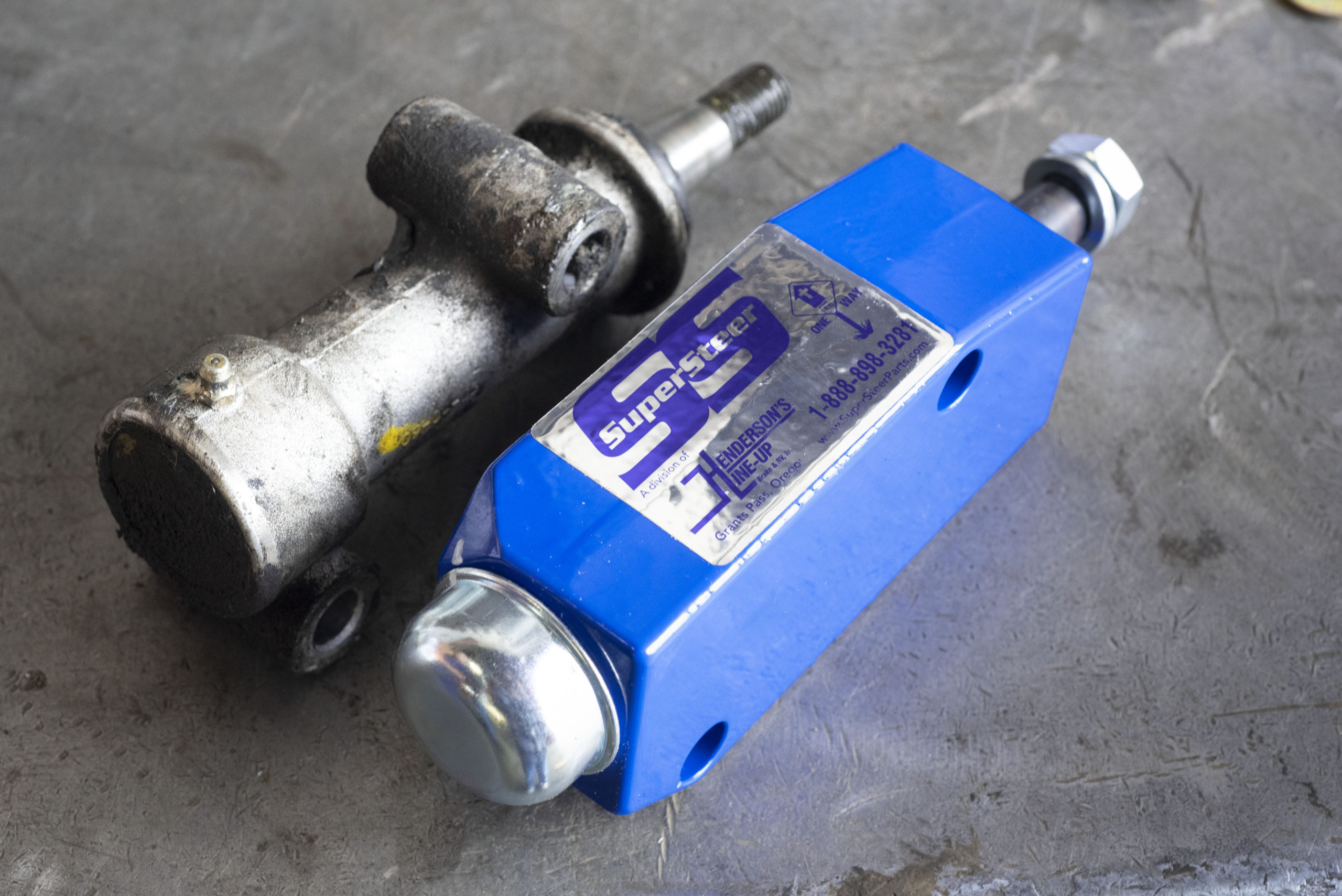 After we’d installed the SuperSteer idler pivot, we took the Silverado 3500 for a test drive. The difference in steering before and after the SS175 Idler Arm Support installation was significant: Steering wheel play was minimal and probably tighter than it was from the factory; there was no wander going down the highway, and the pickup didn’t dart unexpectedly into those big rig ruts that are common on most asphalt highways. The steering control felt just as stable with a toy hauler in tow. 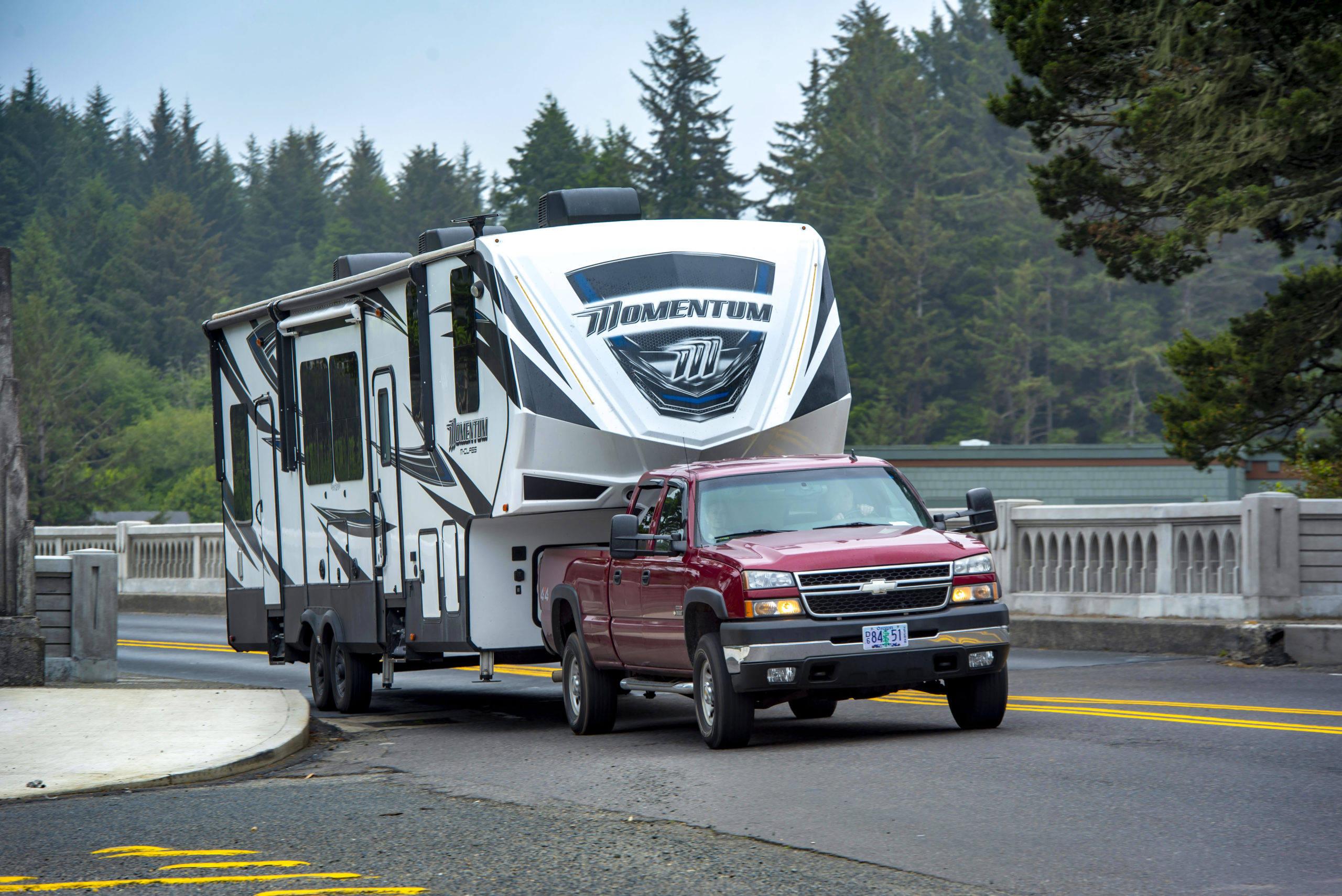 So, now you know how to fix GM pickup steering wheel play. Addressing this issue on older, higher-mileage, 2001-newer Chevrolet and GMC pickups, SUVs, and vans isn’t just about putting on new parts—it’s about putting on the right parts. The SuperSteer SS175 Idler Arm Support is one of those quality parts.