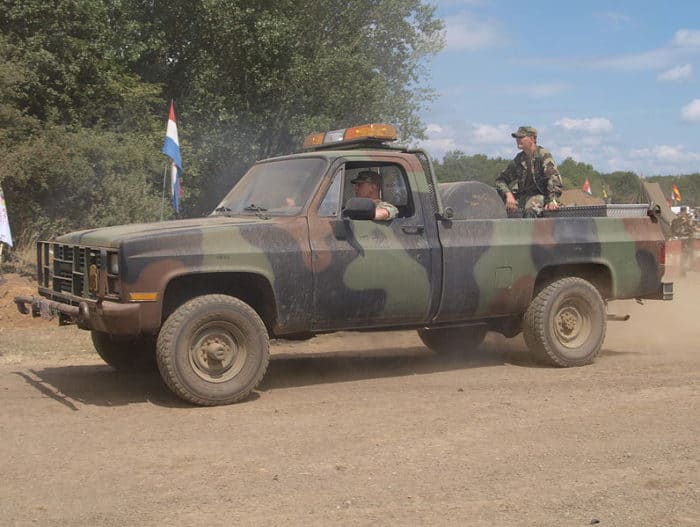 If you can’t afford a Humvee, check out General Motors “Kuck Vee”. From stout diesel engines to heavy-duty axles, these militarized versions of GM pickup trucks are ready for battle – or a weekend of off-roading with your buddies. 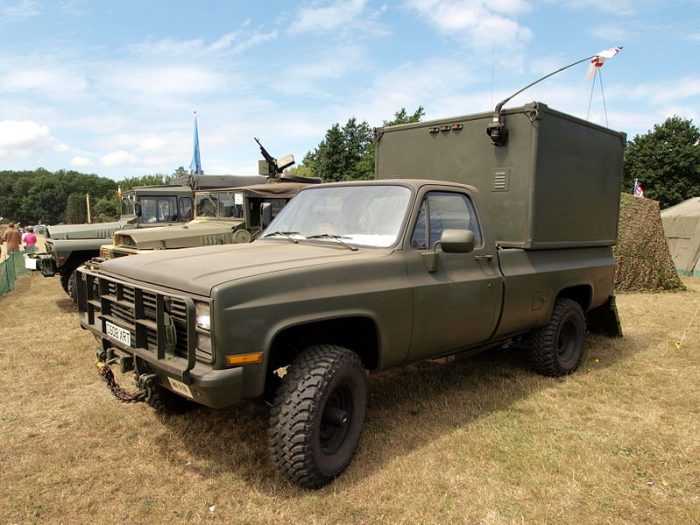 In the early 80s, the U.S. Military commissioned GM to build a fleet of 1 ¼ ton Commercial Utility Cargo Vehicles aka CUCVs (pronounced “Kuck-Vee”). Mostly, the government did this to save money. Modifying a civilian vehicle is cheaper than building a military rig from scratch.

GM’s CUCV came in four basic body styles: pickup (the CUCV M1008), utility (CUCV M1009), ambulance (M1010) and chassis cab (M1031). The trucks served faithfully in each branch of the military until being phased out in 1987. GM convinced the Government to go another round with the CUCV II, but the second generation of trucks never really caught on. By the time they were introduced, the powerful Humvee was already the motorized weapon of choice.

What makes the M1008 army truck so cool

There’s a lot more to an M1008 truck than just a camo paint job. Under the long, square hood, you’ll find a durable (albeit underpowered) 6.2L Detroit Diesel V8. Top speed is listed as only 65 MPH, but when you’re in a rig as cool as the M1008, what’s the rush?

Torque is sent to the wheels through a bullet-proof TH400 automatic transmission and NP208 transfercase. Both ends of the army truck are fitted with heavy-duty axles – a Dana 60 front axle and a 14-bolt rear axle with Detroit locker.

The CUCV M1008 trucks also have a number of upgrades that set them apart from wimpy, civilian trucks: 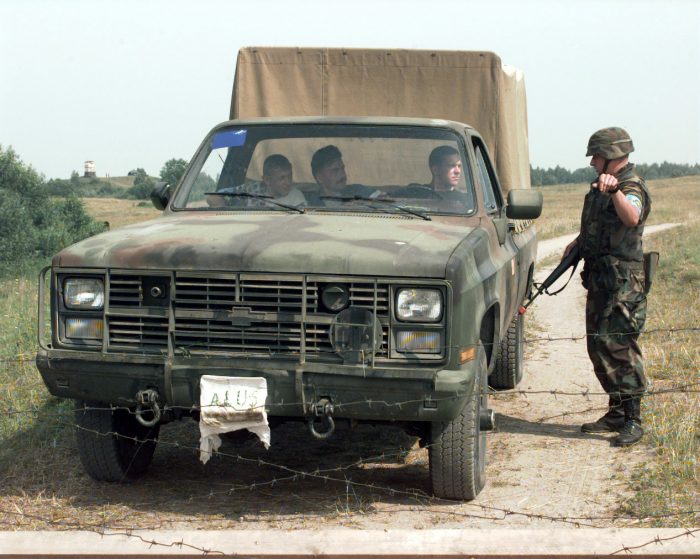 Where you can find one

Since M1008 trucks don’t have the presence of a tank or Humvee, they often slip past military collectors. That means off-road enthusiasts have the opportunity to score a great deal on a surplus CUCV. Government liquidation websites and auctions are one way to find an M1008. They also pop up occasionally on civilian websites, such as Craigslist or eBay. If you look long enough, you’ll find one. There are a surprising number of these rigs still around, waiting for a second life.  According to a 2010 article from Military Trader, depending on the condition, an M1008 can set you back anywhere from around $1000 to $10,000. 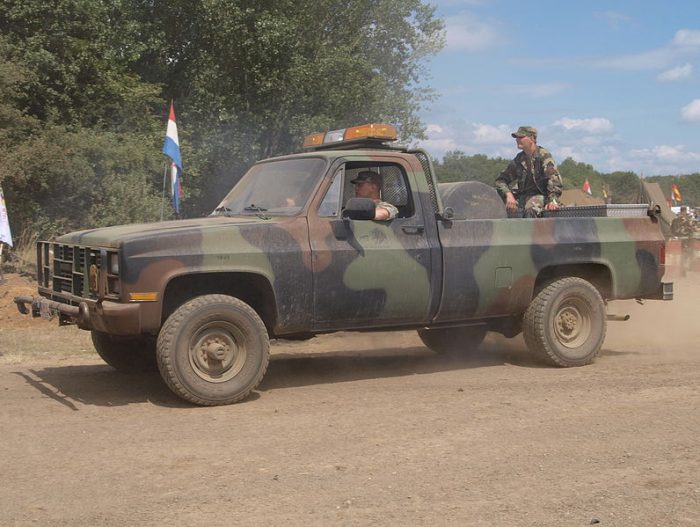 How you can modify one

Since the M1008 trucks share running gear with civilian ¾ ton and 1 ton pickups, modification is cheap and easy.

Get ready to hit the trail

Once you’ve found and secured the M1008 army truck of your dreams, it’s time to hit the trail. Not only do these pickups climb like mountain goats, they also draw attention wherever they go. Expect to get bombarded with thumbs-up from fellow off-roaders. Few vehicles are a rolling piece of military history, like the M1008.