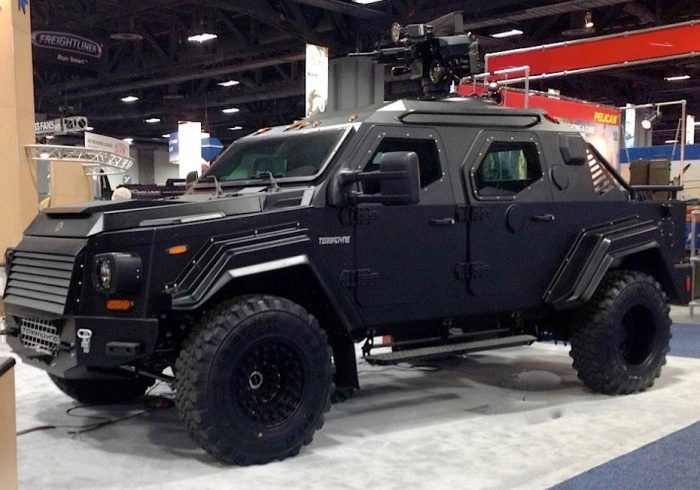 When it comes to armored vehicles, there can be no compromise. Armor needs to be bulletproof, sturdy, tough, heavy, and above all – it needs to look bad-ass. In fact, it needs to look so intimidating that you’ll probably slide your Civic or Fiesta off the road when it passes beside you. Hell – even people in heavy duty pickups don’t have anything to do on the road when one of these babies closes in. 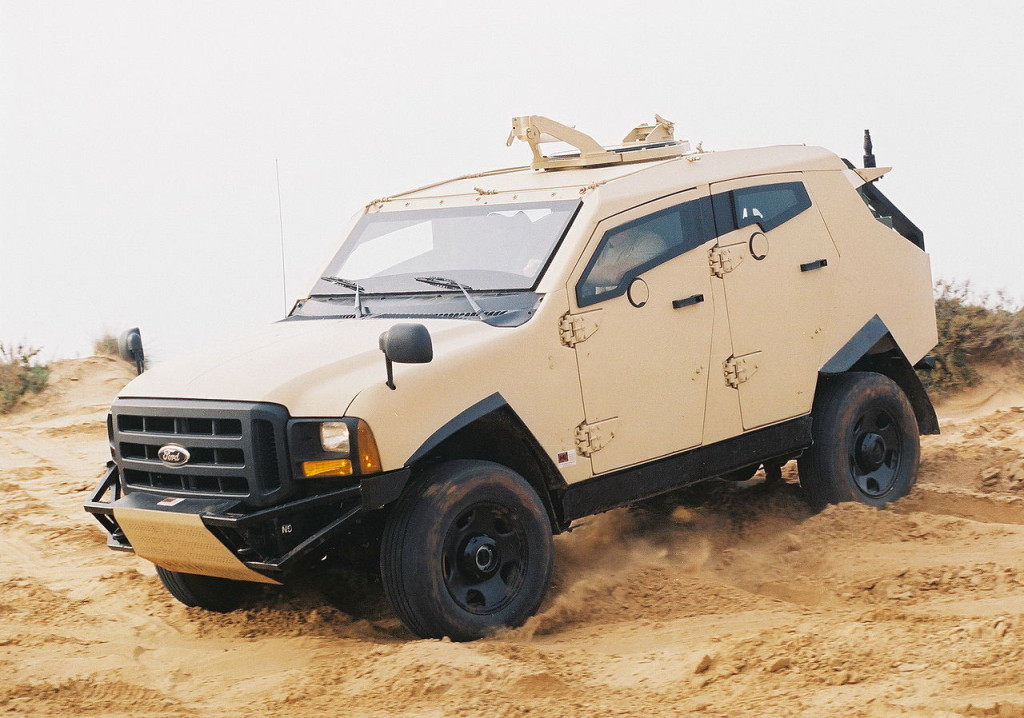 We’ll obviously exclude the heavy armor from this list. After all, it’s really a no-brainer figuring out that military heavy armor fits a class of its own. Light military armor, security armor, SWAT armor and similar vehicles on the other hand, are perfect fit for our meanest looking armored vehicles on the road list. Without further ado – let’s hit next and find out what’s hidden behind these bulletproof behemoths.

Let’s start with Canadian Streit Group and their armored vehicles, shall we? Hunter 6X6, as its name suggests, is a six-wheel drive armored vehicle spacious enough to be used for passenger transport. 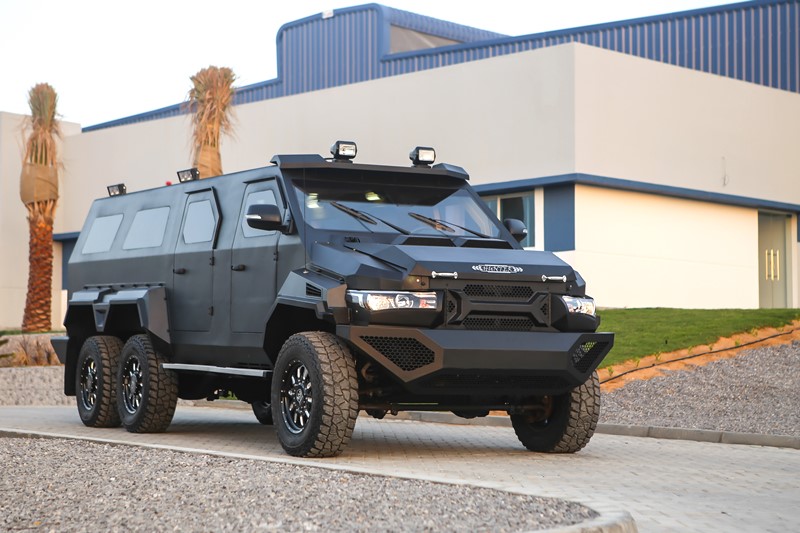 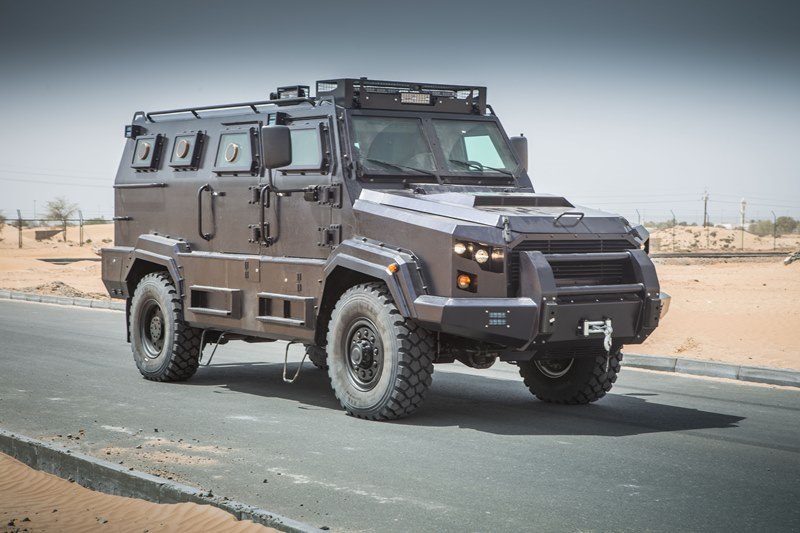 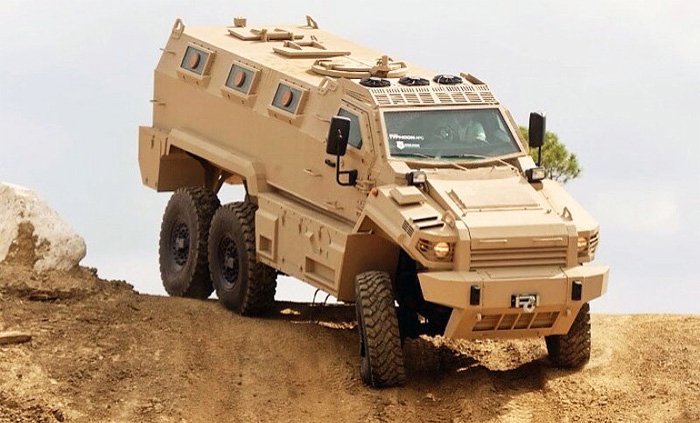 Let’s conclude this Streit Group block with Scorpion. Like Typhoon, it too is MRAP armor designed to tactical response teams. This APC is fully armored up to STANAG Level 2. 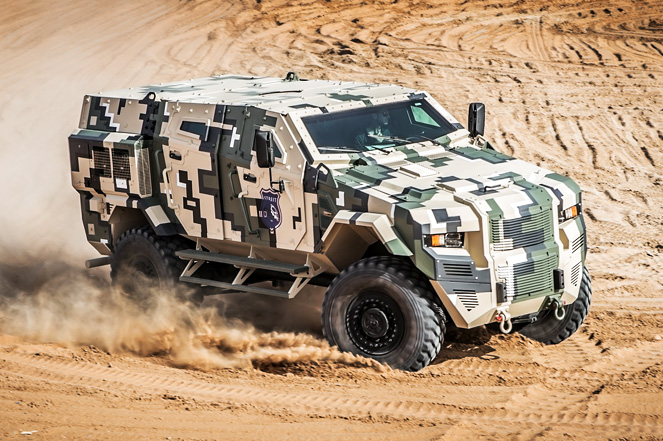 Built in South Africa, Marauder APC has been designed to carry up to 10 passengers. It’s available with both four and six-wheel drive, and it reaches cruising speeds up to 75 mph. Superb speed for an armor, coupled with sturdy and heavy hull usually spells trouble. If you, by chance, see Marauder steaming towards you – run away and don’t look back! 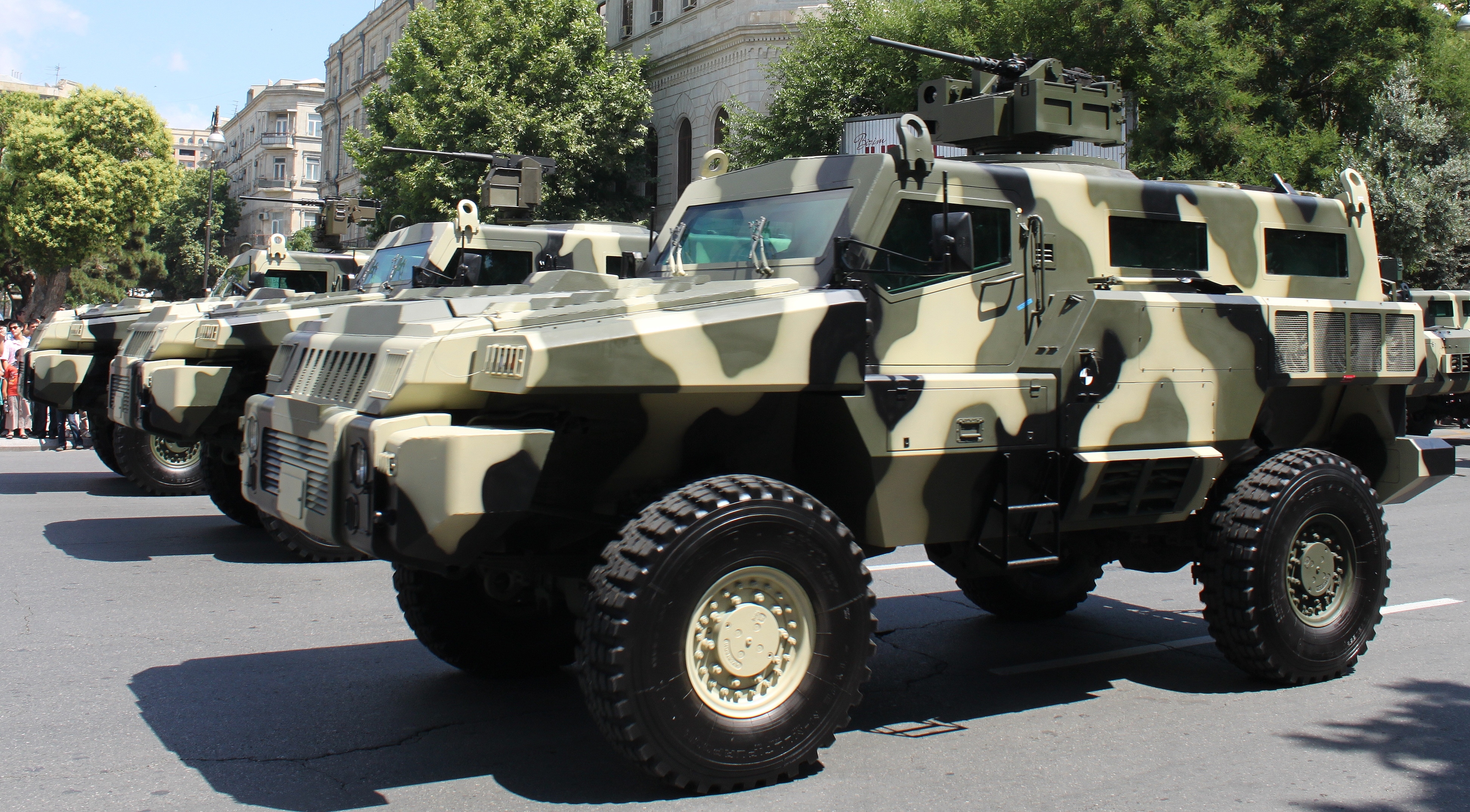 Evade has been built on Ford F-550’s chassis, and that already speaks a lot. All Conquest’s vehicles emphasize luxury, so interior is usually fit for a king. Besides, Evade’s exterior is a tough as they come, and mean looking as well. 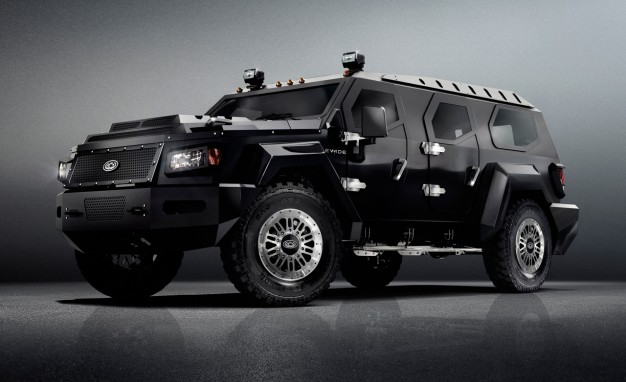 Knight XV is Conquest’s upcoming flagship armor. This ultra luxurious vehicle will feature abundance of hand-crafted items made of high-quality materials. However, it’ll be limited to 100 copies only and should cost around $800,000. Another available info on it says that Knight XV will be powered by 6.8L V10 engine capable of running on bio-fuel. 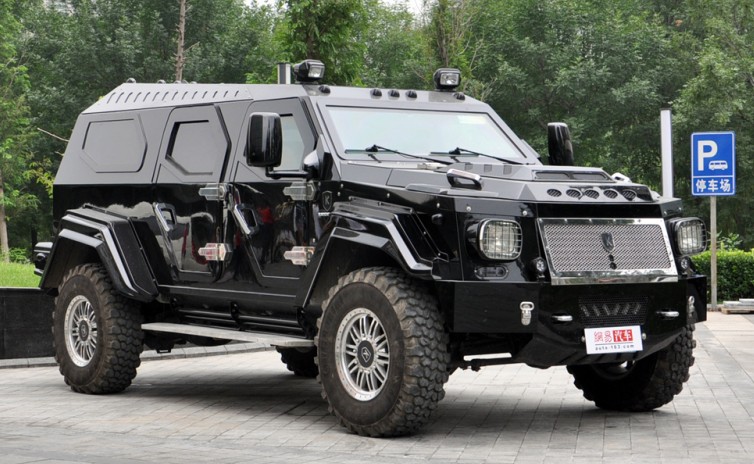 Latvian armored car makers have managed to create one of the most epic armored vehicles on the road. Prombron used to be available in nine different versions, one of which (Monaco Red Diamond Edition) achieved a price north of $1 million. Current lineup has been narrowed down to couple of models, but more on that after you hit the next button. 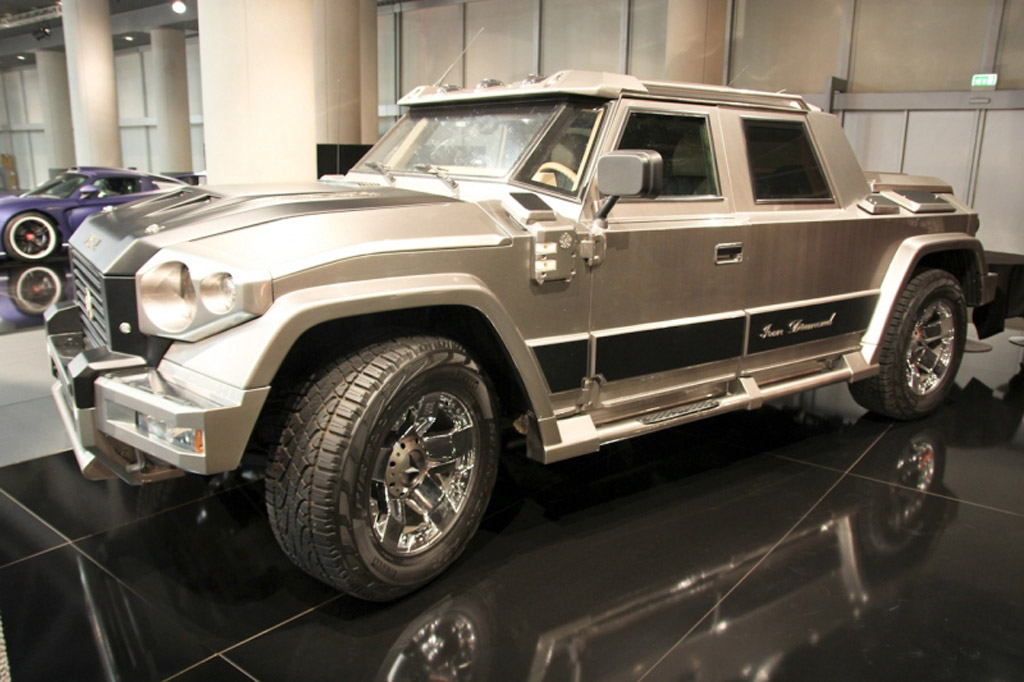 Black Shark is basically a new generation Prombron (together with Black Snake). This highly luxurious armored vehicle is built upon Mercedes-Benz GL platform and packs as much as 1,500 hp thanks to GL65 AMG’s 6.0L V12. Add to that a mean black look, and you’ll see why Dartz is making a killing with their armors. 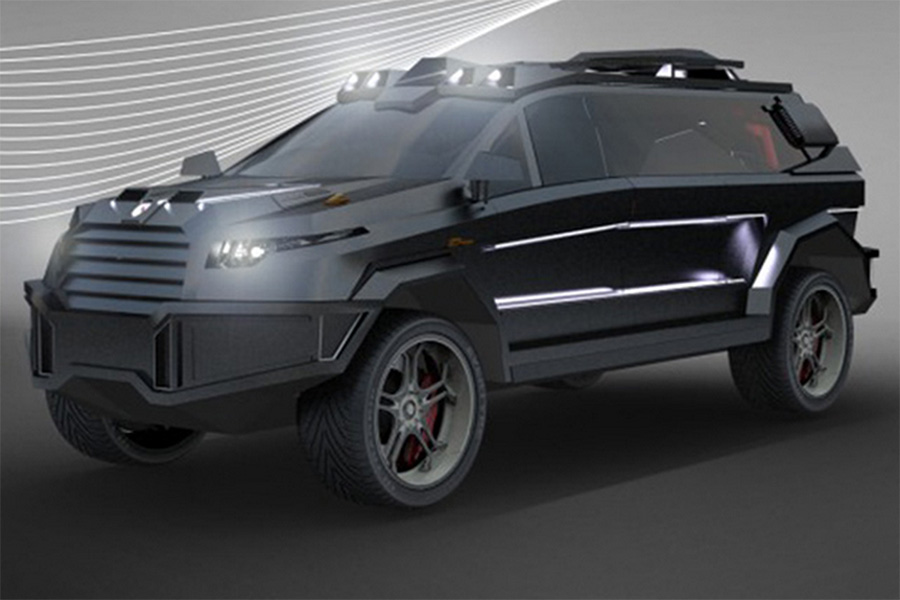 Lenco armored vehicles can be utilized for military, law enforcement and other purposes. BearCat is based on Ford F-550’s chassis, but packs much more muscle than super duty truck. It carries up to 10 people and has NIJ Type IV armor level. That’s armor-piercing bullet protection, you know!

BEAR is Lenco’s largest vehicle, and BearCat’s older and bigger sibling. It seats up to 15 people and features more cargo space, but ultimately doesn’t differ that much. Like BearCat, BEAR too can be fitted with optional rotating roof turret and all-wheel drive system. Needless to say, NIJ Type IV armor is standard here as well.

BATT or Ballistic Armored Tactical Transport is Armored Group LLC’s flagship armor considering it’s utilized on many fronts. This APC comes in many shapes and packages, but hulking XL model takes the biscuit. Completed with 300-horsepower diesel engine, NIJ Type IV armor and plethora of custom upgrades, BATT-XL simply owns any road upon which it treads. 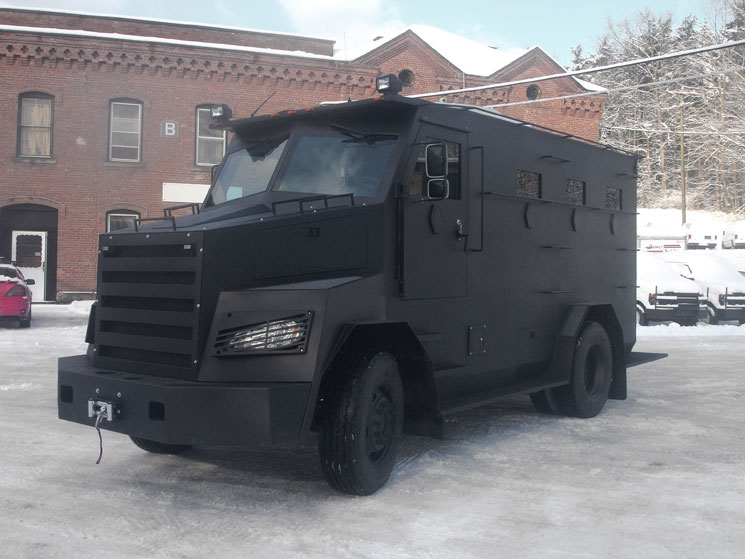 International Armored Group’s Guardian XL APC has been offered in many variations over the years. What’s equal for all of them are high levels of ballistic protection, 6.7L V8 diesel or 6.8L V10 gasoline engine and many optional goodies that are available to military, government and law enforcement only. 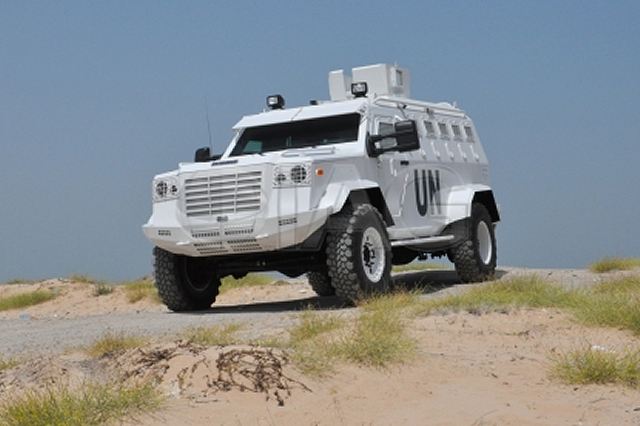 Another IAG’s armored vehicle – Sentinel is intended for tactical response teams. It’s fitted with NIJ Type III armor, but armor-piercing Type IV level is available as an option. Like Guardian XL, Sentinel too is powered with either diesel V8 or petrol V10 powertrain. 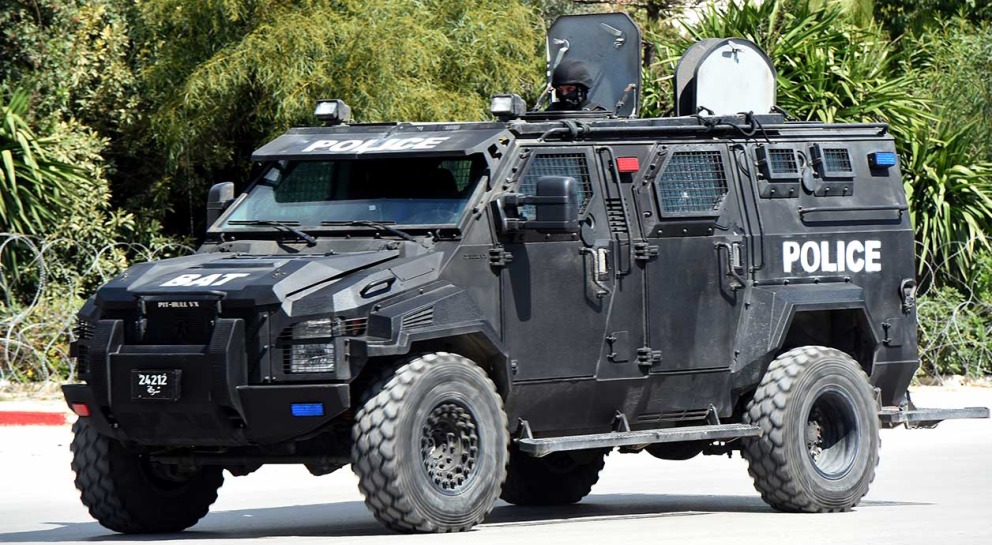 Trio of TAV Gurkha’s models (LAPV, RPV and MPV) are all built upon Ford F-550’s chassis and feature the same 6.7L turbo diesel V8 engine with 300 hp and 660 lb-ft of torque. Actually, not much of Ford’s original driveline has been changed as 6-speed automatic gearbox and all-wheel drive are standard across the range as well. What’s unique here, are ballistic protection armor, new bodywork and general bad-ass aura emanating from the vehicles themselves. 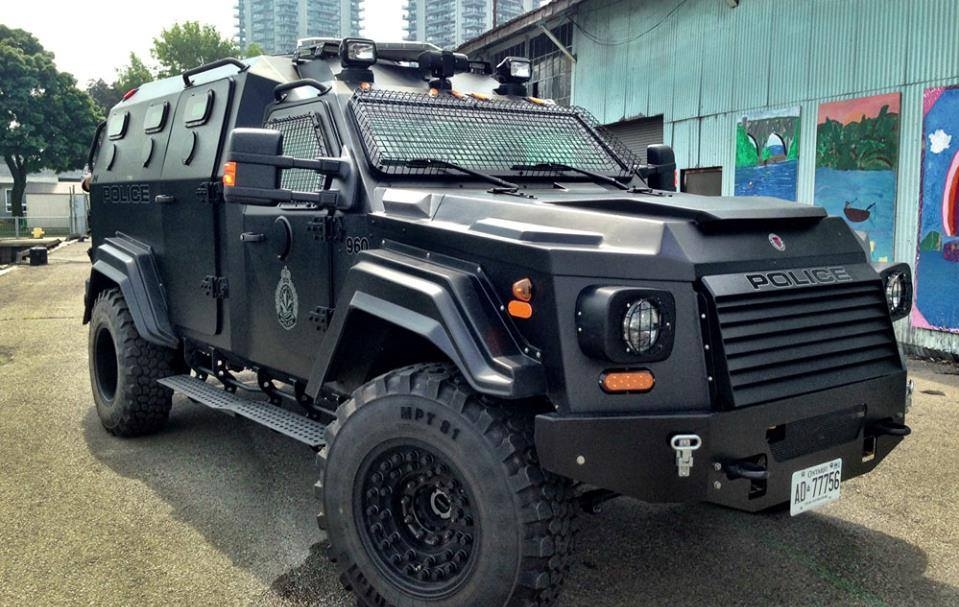 Like many armored vehicles out there, Inkas’ APC/LAPV too is built upon Ford F-550’s platform. APC/LAPV is mostly utilized by police forces and SWAT teams, but many security agencies have it in their portfolio as well. 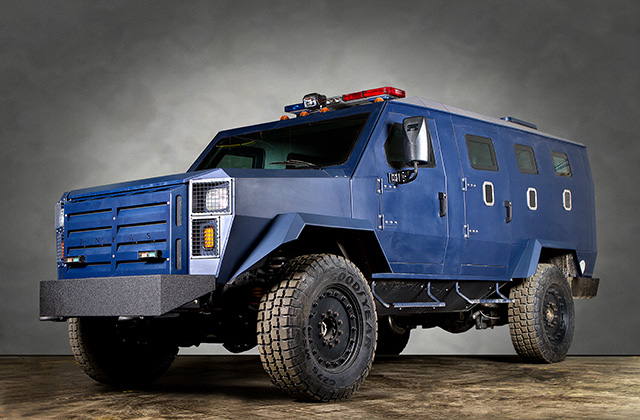 This list of armored vehicles just doesn’t seem to end, does it? There’s not much to go now, though. There are many Riot Control Vehicles with similar outlook out there, but we have chosen Inkas’ one. This special purpose behemoth is powered by Cummins 8.3L straight six diesel engine and rounded off with a water cannon atop of it. Thanks to front bumper-mounted ram, it can easily break through almost any blockade. If you see one coming your way, you’d be advised to start running. 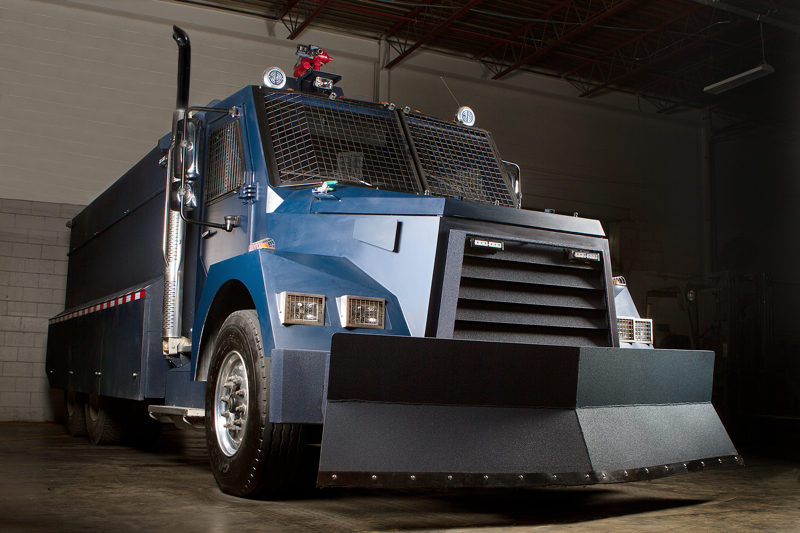 Huron APC is the meanest looking Inkas vehicle without a doubt. It’s built to sustain heavy damage thanks to its NIJ Type III armor (level 6 ballistics standard). Roof-mounted gun turret only comes as extra protection and so do all remaining optional features that come with it. 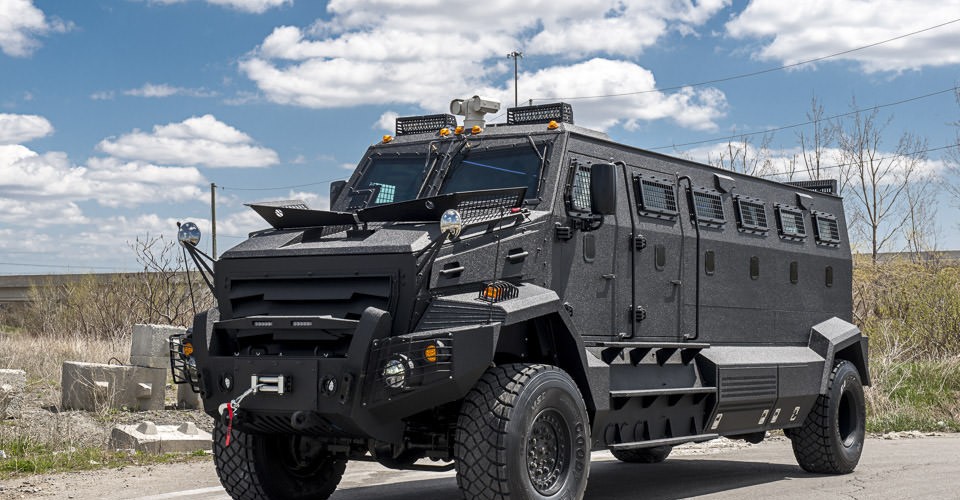 Armour Group, inc. has a whole range of Rhino armored vehicles in their portfolio, but we have decided to go with something different for this article. Rhino RUNNER is one of the meanest and toughest buses in the world, and it more than proved this in combat. A vehicle that can accommodate up to 40 passengers, comes with four or six-wheel drive and has NIJ Type IV armor isn’t  something one should take lightly. Not to mention that it can withstand the blast of 250-pound bomb without casualties. 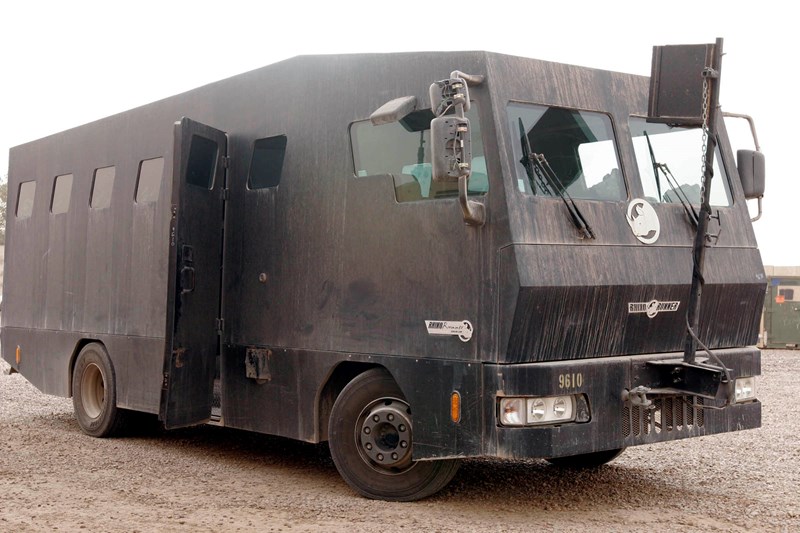 We’re finally at the end of this meanest armored cars list. Alpine’s Pit Bull XL is basically beefed up Ford F-550 with all that comes with it. It comes in few variations depending on buyer’s requirements. That way it can have either B6+ or B7 ballistic protection armor, 47 or 72mm thick/polycarbonate construction, etc. All in all, Pit Bull XL doesn’t only feature menacing name, but corresponding framework too. 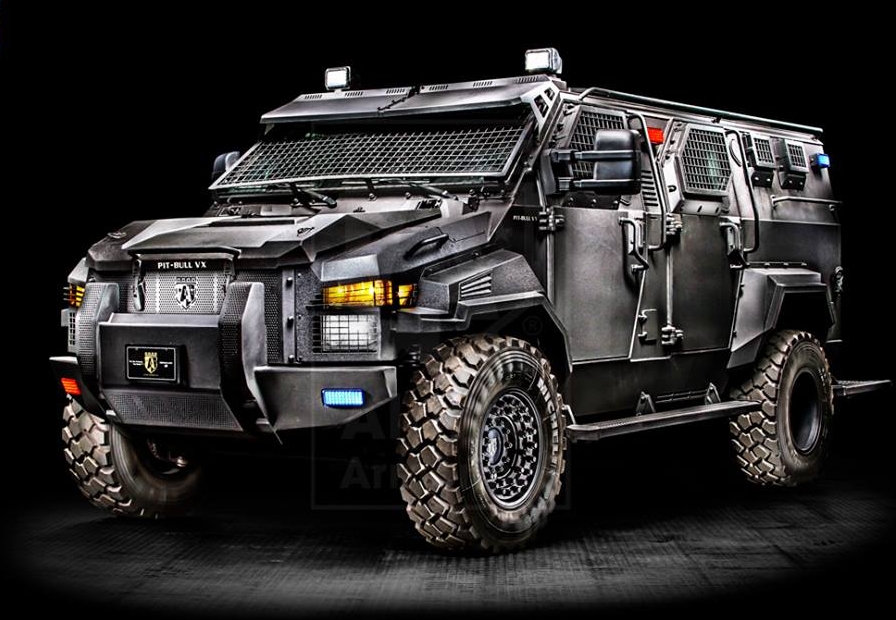 
10 Longest Produced American V8 Engines
13 Drop-Top Caddys You Must See
Ford Focus RS vs. Honda Civic Type R vs. Subaru WRX STI
The Best of 2021 Jaguar
The 20 Sexy Cars Everyone Lusts For
Mustang Baja Off-Road Racer Is An Idea So Wrong It Is Right