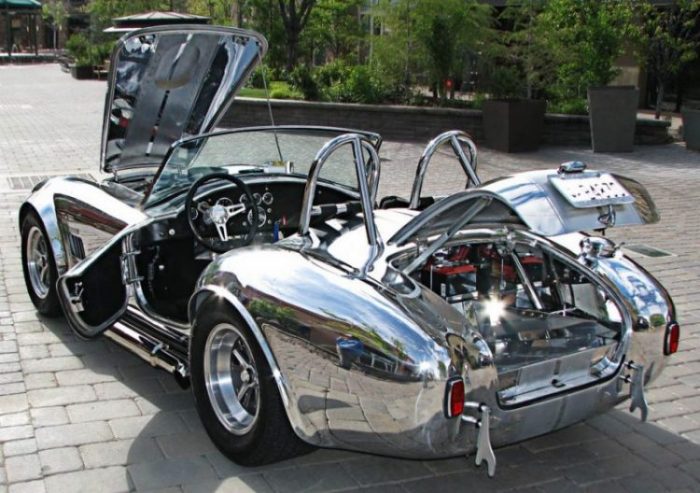 Although a lot of classic cars have been well preserved, 50 years old (or older) cars are still maintenance headaches. Expensive and often non existent parts, unfair insurance policies, and numerous limitations are only some of their issues. Luckily, there’s always a solution. This time it’s the replicar. While numerous copycats tend to draw a lot of negative attention due to their often poor quality, some replicars are more than welcome to our virtual garage. Some of them are so good in fact, that they often improve on the originals in some ways. And not to mention their prices which are more than a few times lower than those of the originals. There’s plethora of small companies, boutique carmakers and coachbuilders who’d be happy to provide you with one of such replicars.

What is the definition of replicar?

Essentially, a replicar is a custom made or limited production automobile that has been built to copy a vintage or classic car. The word is a fusion of the words “replica” and “car”. Replicars are usually copies of cars that no longer exist, are too expensive for regular car drivers, or something else completely. Here are 10 such nameplates that we deemed the worthiest.

The Best Replicar Models Out There!

The iconic Porsche 550 Spyder enjoyed a short but fruitful 3 year long production run. A car in which James Dean tragically lost his life was, however, good enough to warrant more than a few spinoffs. Beck 550 Spyder is one such replicar. It goes for around $25,000 less the engine which can be either 125-horsepower 2.0L mill worth $6,000 or 180-horsepower 2.2L unit worth $7,500. Numerous additional options can push the speedster’s price well into $40,000 range, however. That’s still quite a bargain considering the original Porsche 550 is one endangered specie whose numbers are in high double figures, but whose stickers always come with six figures. 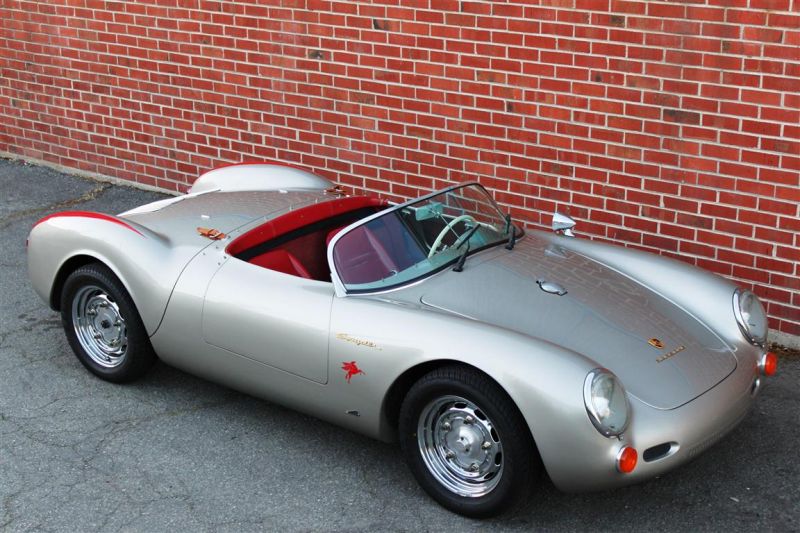 It’s only natural for one of the most famous race cars ever produced to have numerous spinoffs today. There’s the fiberglass Superformance Cobra with meticulous attention to detail that’s very similar to the original car. Then there’s the Factory Five kit that ultimately depends on the amount of money and work invested by the builder, which has its advantages. No need mentioning the Shelby American continuation series.

But the best of all is arguably the Kirkham Motorsports Cobra. It’s all aluminum and can be commissioned with either the old fashioned 289ci V8 or the larger big-block 427ci V8. What’s best, their own suspension and brakes are standard, while old school originals warrant additional funding. It’s nice having the original, but since it’s already a replicar, why not take advantage of modern technology? Moreover, Kirkham makes body and frames for Shelby American’s continuation series which speaks plenty about their reputation and quality. Their biggest downside is the price. All models cost $99,995 at least, but upgrades such as copper or bronze body instead of aluminum one can push the prices upward by more than $50,000. 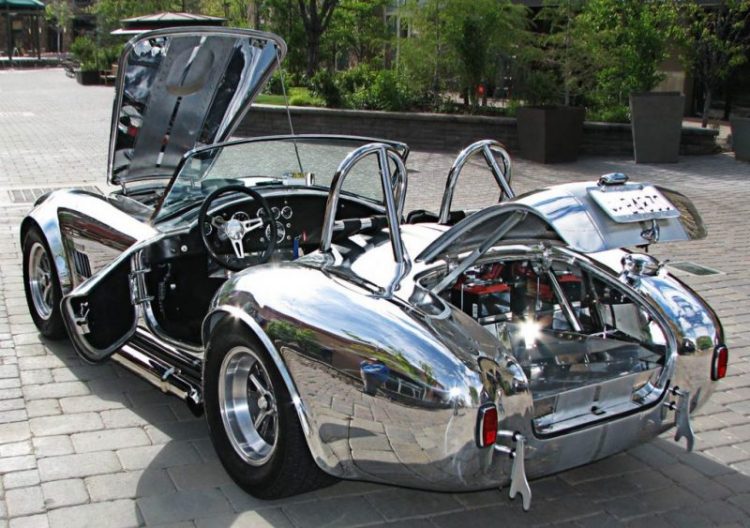 Since we’ve awarded the best Cobra replicar to Kirkham, it’s only fair to award Superformance with the best Ford GT40 makeover. Superformance’s version contains high portion of interchangeable parts that are compatible with the original car from 50 years ago. In fact, two thirds of the replicar are interchangeable, including the monocoque chassis. Mk I and Mk II that are currently available all feature fully independent front and rear suspension, Bilstein coil over progressive shocks with H&R Springs, and four-wheel vented disc brakes with Wilwood calipers. They’re available with either small-block or big-block V8, but larger Roush 427ci with 530 horsepower seems like a better choice. Base price starts at $125,000. Although it’s more affordable than the original, no one said it’s gonna be cheap. 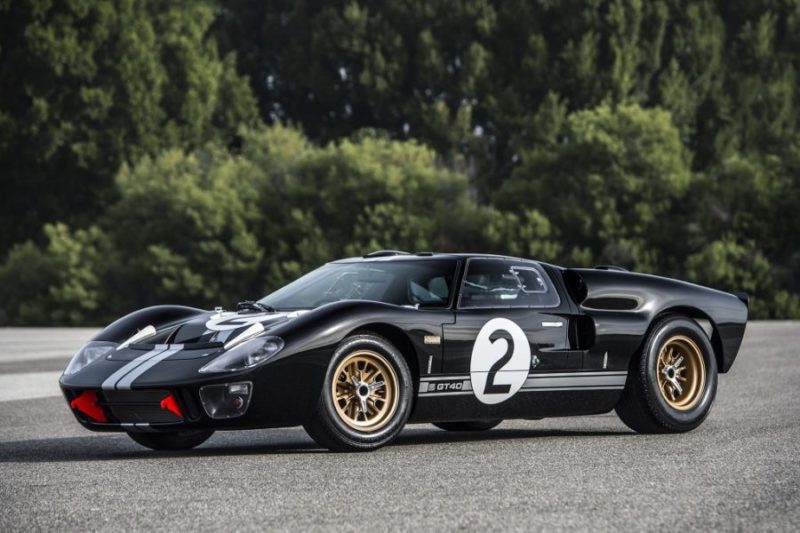 The simple yet elegant open-wheel Lotus Seven used to rule the race tracks back in its day. It was so good that numerous manufacturers offer its replicas today – just like they do with the Cobra. Arguably the best iteration is the one coming from Caterham. It’s production started in 1973, immediately after the original bowed and went off the stage. They’ve had more than 40 years to grow and hone their skills and that’s the reason Caterham Seven is as good as its role model. Another reason are no less than seven (coincidence?) performance levels spanning from 80 hp to 310 hp (six of them are offered in the US). Or you can assemble the car using your own imagination. Most affordable models start from around $25,000, but that all depends on options, end even paint is one of them. 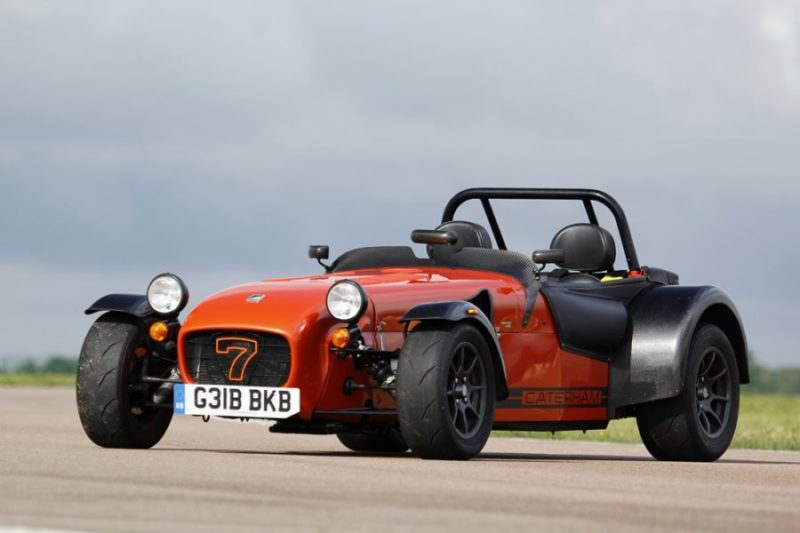 Porsche 356 was the role model to the aforementioned 550. Intermeccanina Roadster “D” is the most enjoyable way of getting its 1959 replica and that pleasure costs $51,300 and up. Italian company isn’t just another replicar coachbuilder, however. They’re the best Porsche 356 copy makers, and they offer two more iterations of the German classic in their portfolio. 356-A “S” is based on 1958 model, while 356 Pre-A “S” represents the 1955 model reproduction. They start from $48,300 and $49,600 respectively. All three are initially offered without the engine or transmission, but Porsche 911 air cooled six-cylinder shouldn’t be too hard to obtain. They can even be stuffed with modern liquid-cooled 911 engines, but that pleasure costs around $60,000 less the engine and tranny themselves. 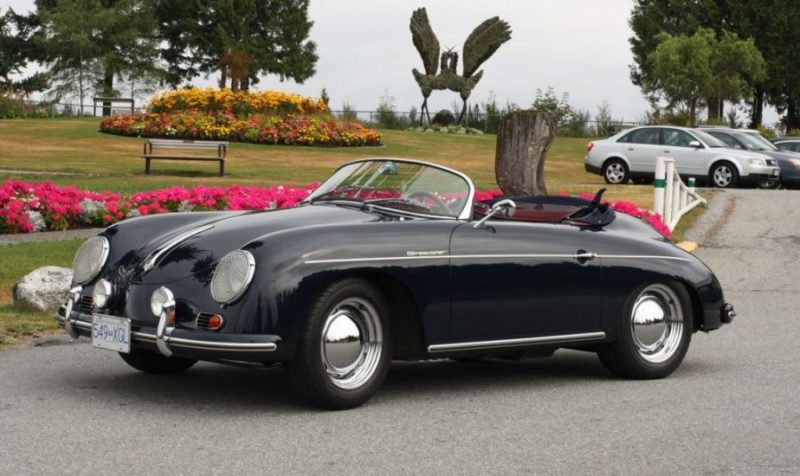 The iconic Lancia Stratos is still one of the most radical rally cars ever produced, if not “the most”. 18 WRC wins in 7 years wouldn’t be enough to put it among the greatest, but its sublime wedge shape certainly had something to do with this. Needless to say, there are numerous Stratos replica manufacturers out there these days. Napiersport and Hawk out of UK are doing a great job at that, but we’ll go with their compatriots this time.

ListerBell will sell you two versions of the kit car. STR is the basic model compatible with numerous engines (including the base Alfa Romeo 166), while STR-M has been specially developed in order to be mashed up with Ferrari Mondial. In other words, they’ll easily stuff either 3.0L or 3.2L V8 in it, together with all accompanying drivetrain components. STR costs around $65,000 on average and it’s available with both RHD and LHD. 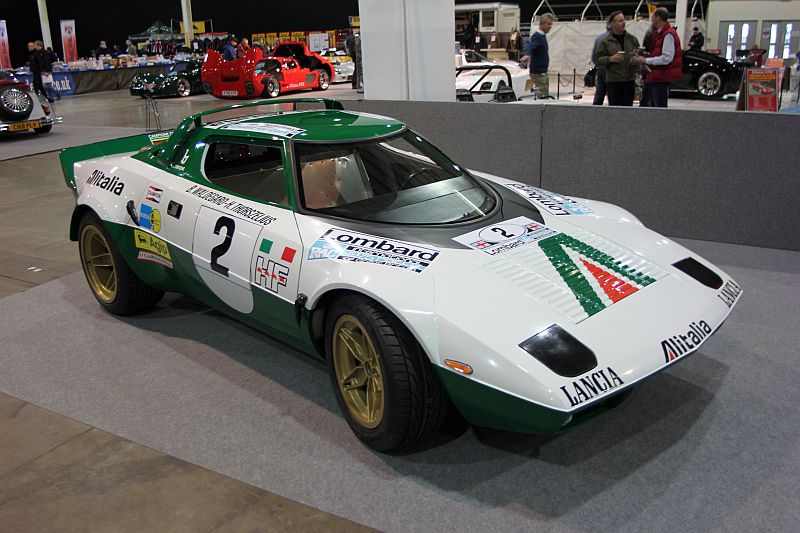 The Jaguar C-Type didn’t really have a long production run, hence its rarity. Only 53 of them have been produced between 1951 and 1953. Luckily, we have replicar manufacturers to address this injustice, and Proteus is among the best in the business. Their C-Type is a modern classic with all the looks of the original and most technological advantages of the modern day. Two time Le Mans winner replica is powered by XJ 4.2L Jaguar straight-six engine making 260 hp. It also gets Willwood disc brakes and Tremec T-5 tranny. Whether the price is right can be discussed, but around $180,000 is still much less than a few million which the remaining originals usually warrant. 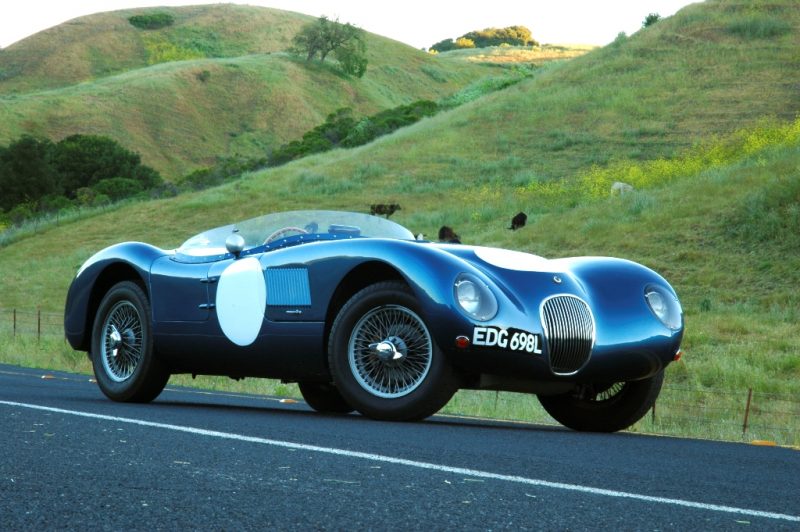 Early fifties Allard J2X was one limited-production sports roadster as pretty much every one of its coevals from this list. After it was discontinued in 1954, it took until early eighties for replicar concept to start brewing. Since 1999, however, Roger P. Allard builds officially recognized replicas backed by the Allard Register.

After years of production based out of Montreal, Canada, new J2X Mark III replicar is now assembled in Valencia, California. It’ll be limited to 100 units a year tops, but it’s bound to be even more refined than its very successful predecessor, the Mark II. Just like before, engine options will include numerous Cadillac, Hemi and Corvette V8’s yielding between 350 hp and 700 hp. Willwood discs, limited slip differential, independent front & rear suspension, coil-over adjustable shocks, and contemporary Tremec 5-speed manual are also in the mix. Mark II used to cost around $140,000 at least, so don’t expect Mark III to be any cheaper. Furthermore, 50% of the total needs to be provided up front. 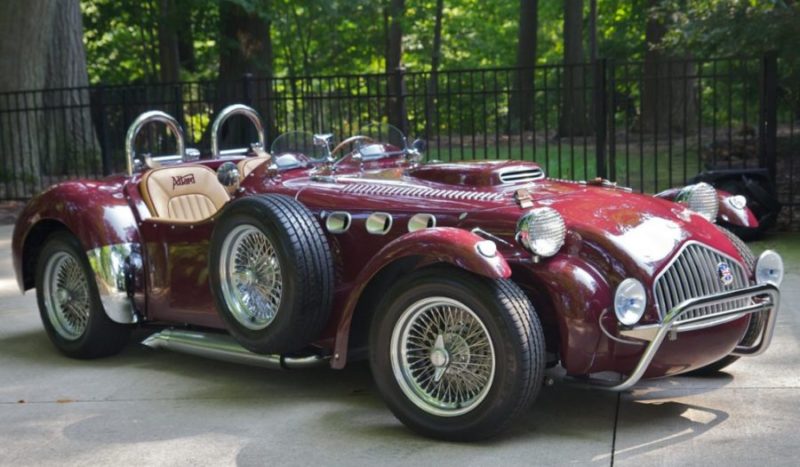 If 50 or so copies is rare, how does 5 cars total sound? That’s the exact number of Aston Martin DBR1 Le Mans racers ever made, and DBR2 is even rarer having been made in only two examples. Thanks to the AS Motorsport out of UK, these poor sports cars have finally gotten expanded family of somewhat genetically modified siblings. ASM R1 replicas can be ordered in either fiberglass or aluminum form and export is not the issue – provided all costs are funded by the buyer. Engine choices mostly consist of Jaguar XK family units displacing between 2.4L and 4.2L, but Aston Martin engines are also available. A list of transmissions is also quite intriguing with Borg Warner, Getrag, Tremec, ZF, Moss and Supra all being available. Willwood discs, rack and pinion steering, and fully independent suspension are there to enhance ASM R1’s cornering performance. 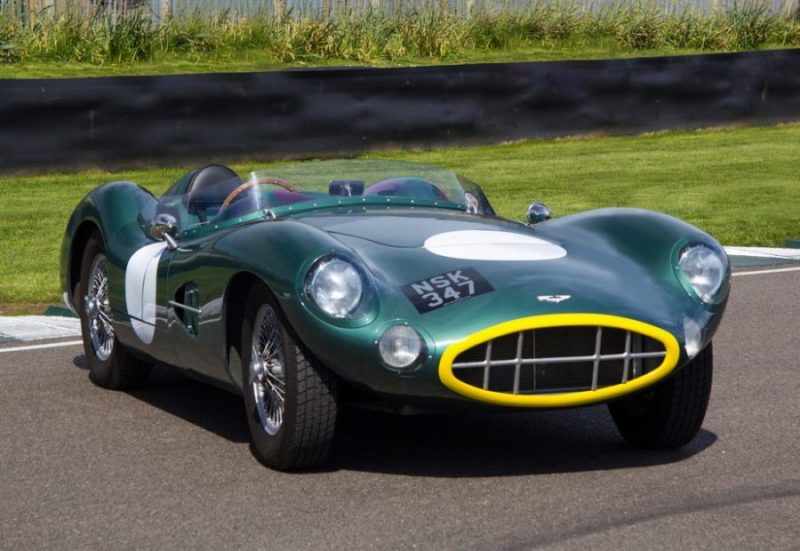 We started out with Chuck Beck’s first replicar, and we’re gonna end the list with his latest project. Like any other homologation special, 904 was downright rare sight on the streets. Officially known as Carrera GTS (due to Porsche/Peugeot naming misunderstanding), race car was manufactured in 119 total units: 105 four-cylinders, 2 six-cylinders and 12 eight-cylinders (including 5 spyders). Beck’s version is laid out from fiberglass – just like the original. It has boxed/tubular chassis, dual tubular front and independent rear suspension, and it’s 3 inches longer and wider. Beck has decided to put a 3.2L six-cylinder in it which helps the car achieve even better results than the original, although being almost 300 pounds heavier overall. Beck 904 packs 250 horsepower and costs around $65,000. A bit pricey, but still a bargain compared to the original Porsche Carrera GTS which might set you back more than $1 million. 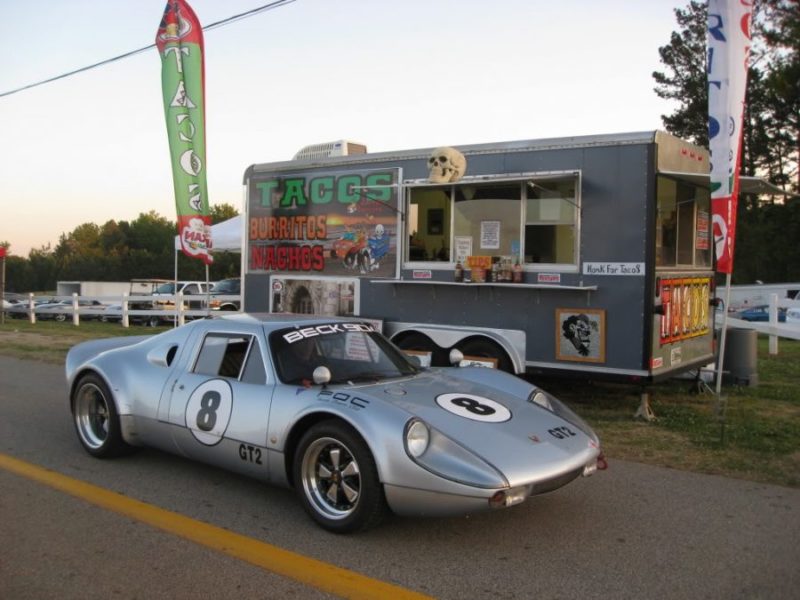