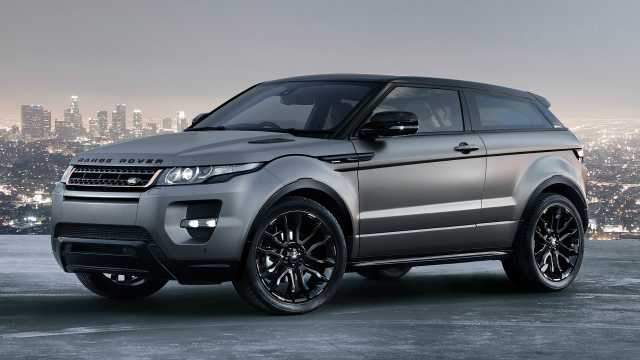 Compact SUVs and Crossovers have taken over the roads in a big way. At first, they were not given the warmest reception by the enthusiast community. Even now it is uncommon to find Crossovers at car meets, at least in big numbers. That’s because, at first, Small SUVs and Crossovers replaced minivans as the go-to vehicle to buy when you settle down and start being more practical and less fun. 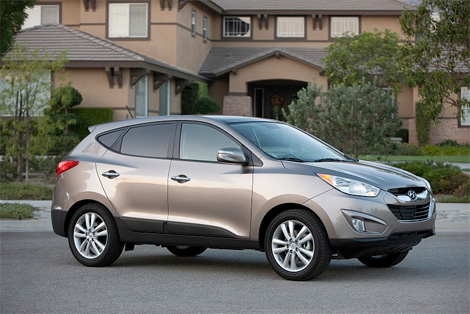 They were an easy way for manufacturers to shove slushy continuously-variable transmissions and weak engines from compact cars into bloated hatchbacks and charge a premium for the service. But then, something neat happened. So many compact SUVs and Crossovers flooded the market that it started to get competitive. Manufacturers had to start making cars that people actually wanted. Is 2017 finally the year most small SUVs are actually enjoyable? 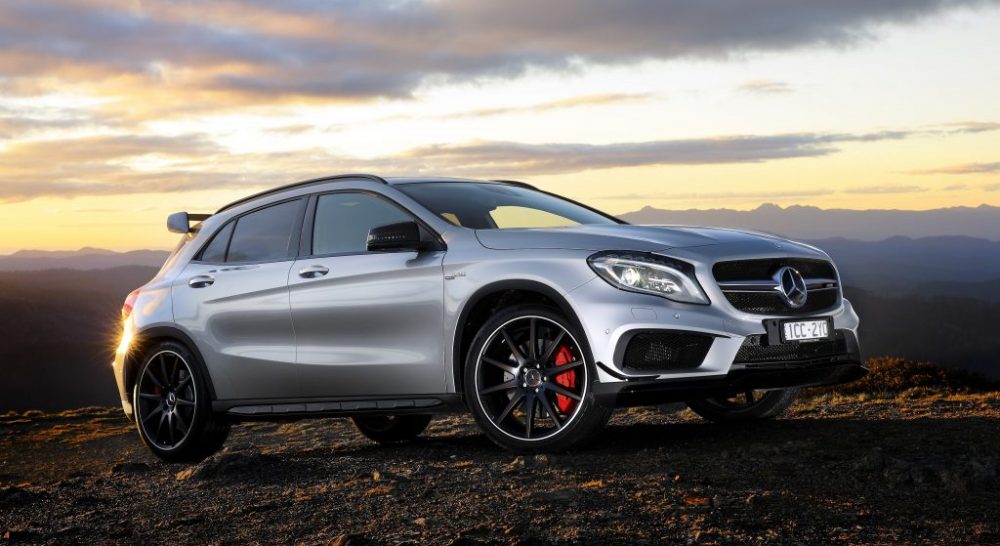 The Juke from Nissan has been out for a few years now, and still remains my favorite shamelessly fun Crossover out there. The 2017 Juke does not disappoint either, with a couple of models made specifically for fans of the Juke. But what makes it so fun? 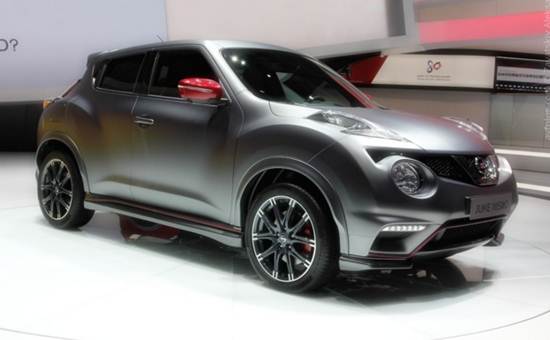 For one, just take one look at this car and see if you aren’t at least intrigued. It is designed to be fun to look at and it exudes a certain light-up sneaker type of style that tells onlookers that you have a flair for the whimsical and don’t take car ownership all too seriously. Having four doors and five seats means that the Juke still fulfills its role as a practical family car as well. 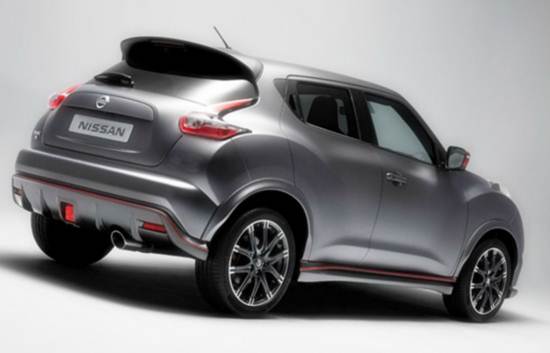 The service Nissan has done for fans of the Juke this year includes two performance models, the Juke Nismo and the Juke Nismo RS. The 2017 Nismo RS model comes with 215 horsepower, a six-speed manual transmission (available only with FWD, AWD model is CVT only— lame), lowered sport suspension, and sporty bucket seats. Despite the upgrades, nothing short of the insane Juke-R will ever be a real sports car with a Juke body. Still, it’s nice to add a little fun to your practical little Crossover.

The Hyundai Tuscon has, for year, been the poster child for boring choices and compromises we make to ourselves for the sake of practicality in everyday life. It has always been a good car, with a good price point and good storage capacity. Nothing wrong with good. What the 2017 Tuscon brings to the table takes a sizable step past “good.” 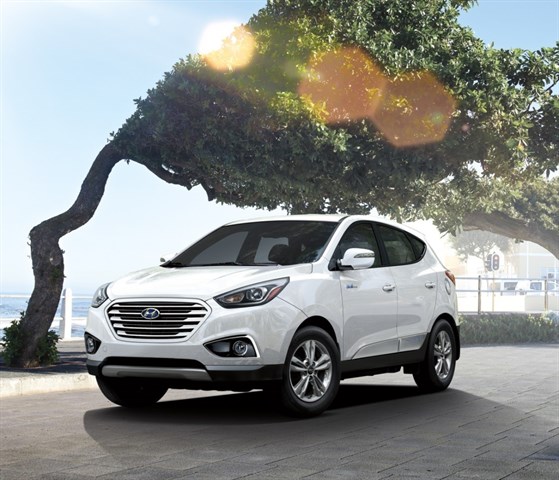 I will preface this by mentioning that the Hyundai Tuscon Fuel Cell is only available in California currently. That distribution should improve as the availability of hydrogen increases across the country. On this side of the world, the Tesla being the go-to for every green-conscious consumer in America, it’s easy to forget that there is a war going on between proponents of electric vehicles and those who prefer hydrogen-electric hybrids. 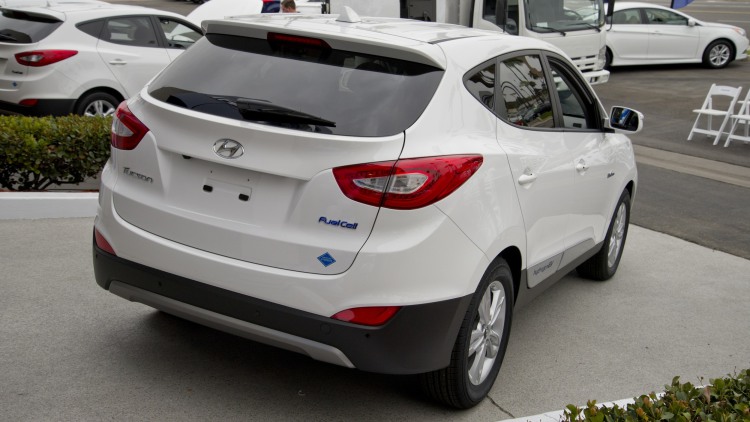 It comes down to range. Will batteries ever be able to offer consumers the ability to travel non-stop for thousands of miles? Hydrogen can do that as long as there is hydrogen gas available along the way. Time and technology will decide the winner of that battle, and Hyundai is looking to give American consumers a taste of what the other side has to offer with the 2017 Tuscon Fuel Cell.

Long before anyone else thought to make a small SUV cool, BMW was making the X5. Their long-time formula of “looks like an SUV, feels like a car” seems to bring them pretty consistent attention from consumers looking for consistency and good road feel in a small 4×4. The 2017 X4 is a bit smaller than the original X5, but that’s not necessarily a bad thing. 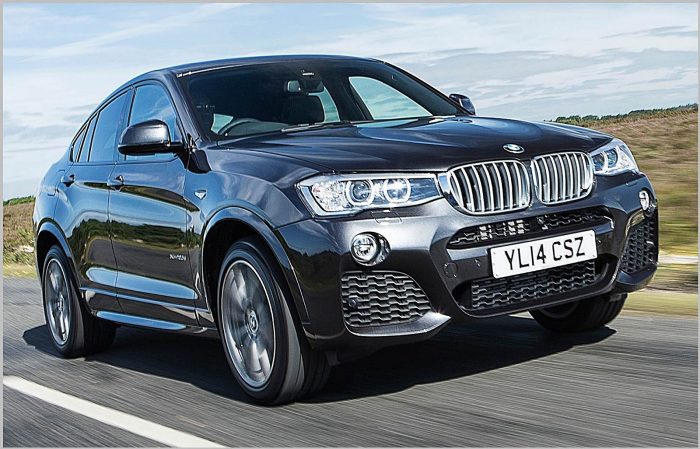 The X4 is a coupe version of the X3 Crossover and boasts similar performance numbers. Rear seat headroom is understandably reduced, but out of all of the SUVs taking on the coupe look, the 2017 BMW X4 is one of the best looking. 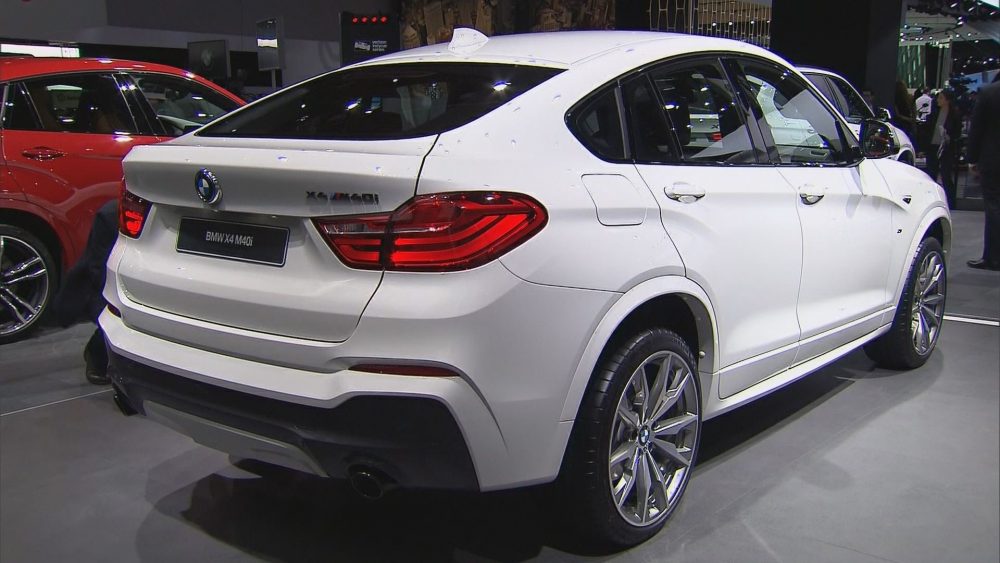 It is basically a fun, fast hatchback for grown-ups who need something a bit more substantial. In the highest trim level, the X4 boasts 355 horsepower and can go from 0 to 60 in 4.4 seconds.

The 2017 Lexus NX is surprisingly cool for a practical little Crossover. Under the surface, it’s nothing too special. No crazy performance specs to boast about, and the price is even fairly reasonable for a brand like Lexus. But when it all comes together, the NX becomes more than the sum of its parts. 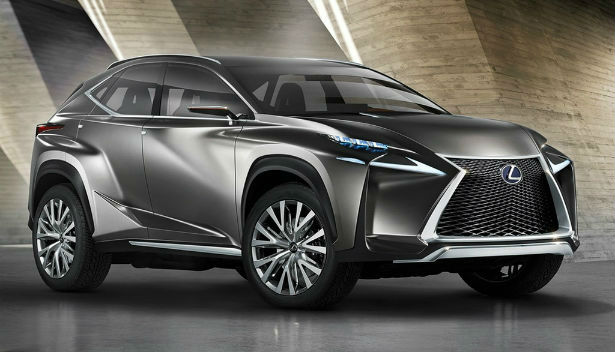 The NX is cool for the same reason stylish sneakers, raincoats, and backpacks are cool. They are items that you basically have to have to carry out the duties of your everyday life, so why not make them look interesting? And the 2017 NX achieves that and then some. 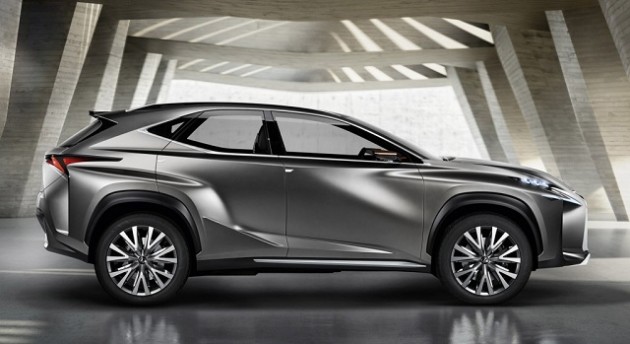 The 235 horsepower 2.0 liter engine takes the whole package up to 60 miles per hour in 8.8 seconds. But that works in this car. The NX is reliable, practical, and cool looking. If you are going to compromise, look good doing it.

In a world where every Crossover and compact SUV has to have some unique styling or fun gimmick to make sales numbers, it’s nice to have one good, neutral option for those of us who just really want the added practicality of a larger vehicle. Meet the 2017 Volvo XC60. 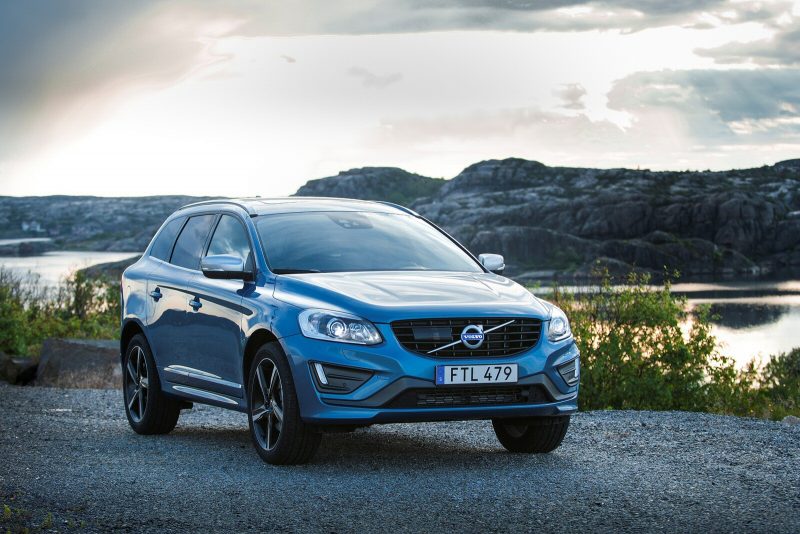 It is available with up to 302 horsepower and takes the 0-60 leap in a respectable 6.4 seconds. Not bad at all for an SUV. The styling is more normal than that of its many competitors, and that is a blessing to those not looking to make a statement with their vehicle choice. 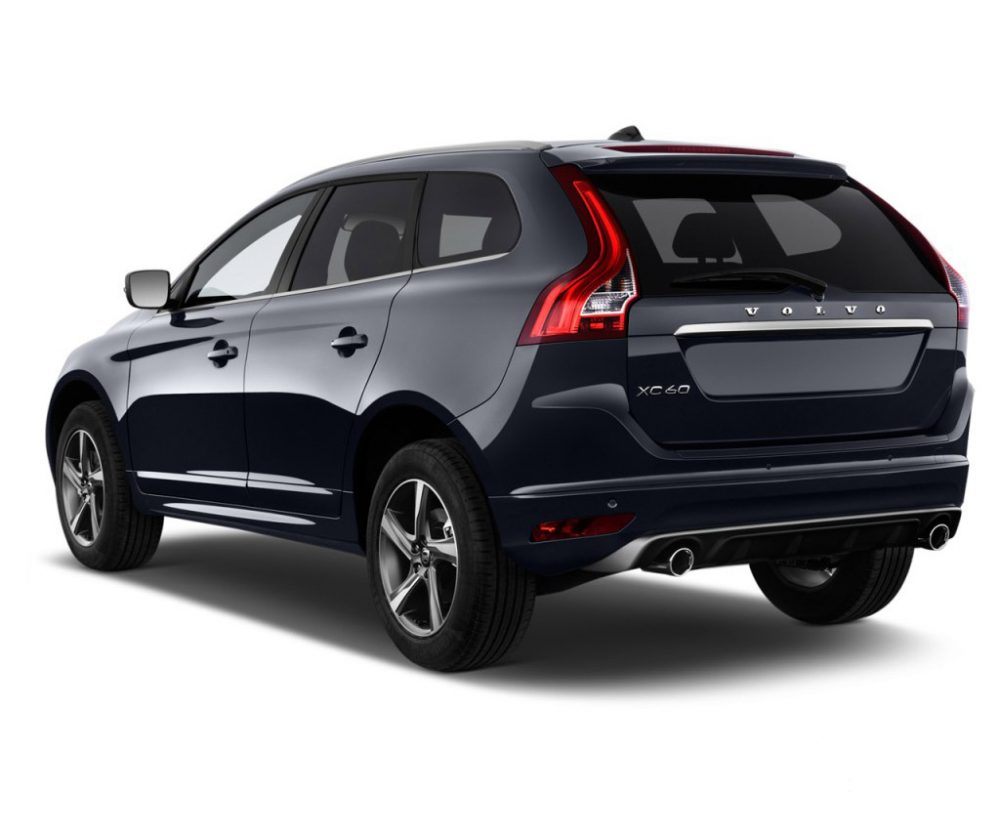 On top of good performance and all-wheel drive, the XC60 has ample cargo storage and comfortable seating areas for passengers. Safety an convenience technology covers the interior, as one would expect in an modern Volvo. The XC60 may not be the wildest compact SUV we see in 2017, but it is certainly the best for normal people looking for a good, normal SUV.

The two most athletic cars on this list; the Audi SQ5 and the Porsche Macan Turbo, both have something in common. They are both manufactured by companies owned by VW. So that means that tech can be shared between Audi, VW, Porsche, and even Bentley SUVs. 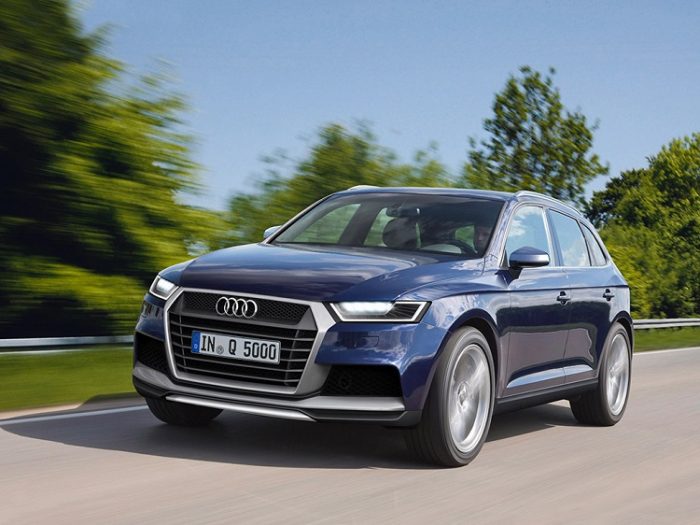 The 2017 SQ5 utilizes these connections in a couple of ways. Aside from making the interior more ergonomic and comfortable, the Bentley connection has allowed Audi to employ advanced performance features, like an electronically-assisted turbo that can spool up in a fraction of a second.

So aside from being safe, capable, and high-tech, the 2017 SQ5 is quick as well. 0-60 takes just 5.2 seconds in the top 352 horsepower trim level. It doesn’t even look much sportier than the standard Q5, so don’t worry about speeding tickets either. This car is good at blending in while delivering a nice driving experience.

Where would any ‘best of’ list be without an entry from Mercedes? They have the best habit of making powerful, over the top vehicles that boast more muscle and style than their competitors. Their efforts with the GLC series in 2017 are no exception. 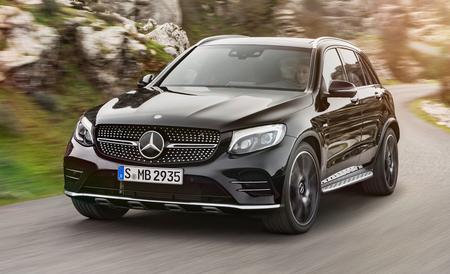 This compact SUV has the normal mix of comfortable interior, edgy styling, sufficient power (even in the base 2.0 liter model), and adaptive suspension to make the GLC awesome. It even comes in a coupe version. 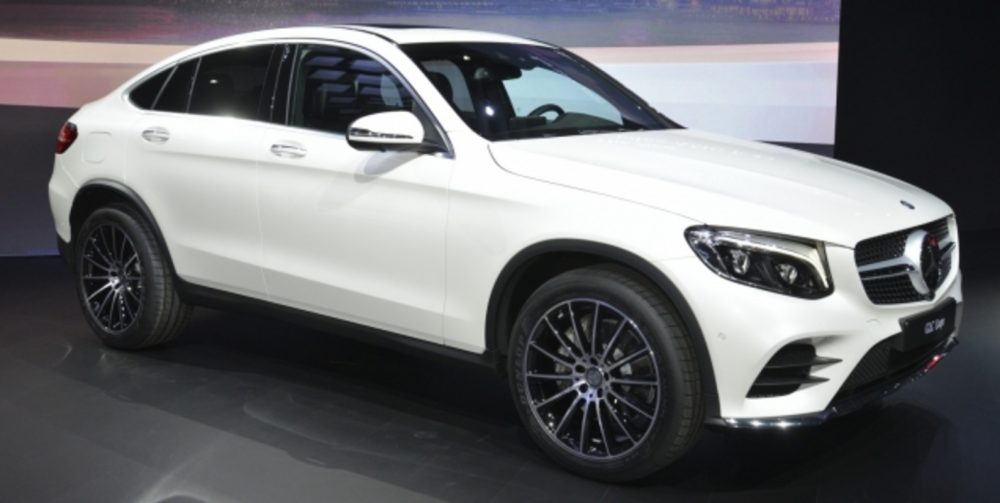 The AMG version is available with a twin-turbo V6 that puts out 362 horsepower, which is paired with special sport suspension that promises better performance in the bends.

Out of every car here, the 2017 Range Rover Evoque is the most likely to surprise you. The bold styling and funky 2-door design will make it stand out wherever you go. The Evoque is also made in four-door and drop-top arrangements. But the 2017 Evoque brings a lot more to the table that just that.

The suspension is adjustable based on the terrain you happen to find yourself on, and will perform reasonably well both on and off pavement. The suspension, consequently, is a bit stiff in the more high-performance settings and not nearly as nimble in off-road mode. The 240 horsepower engine takes it from 0 to 60 in 8.1 seconds. 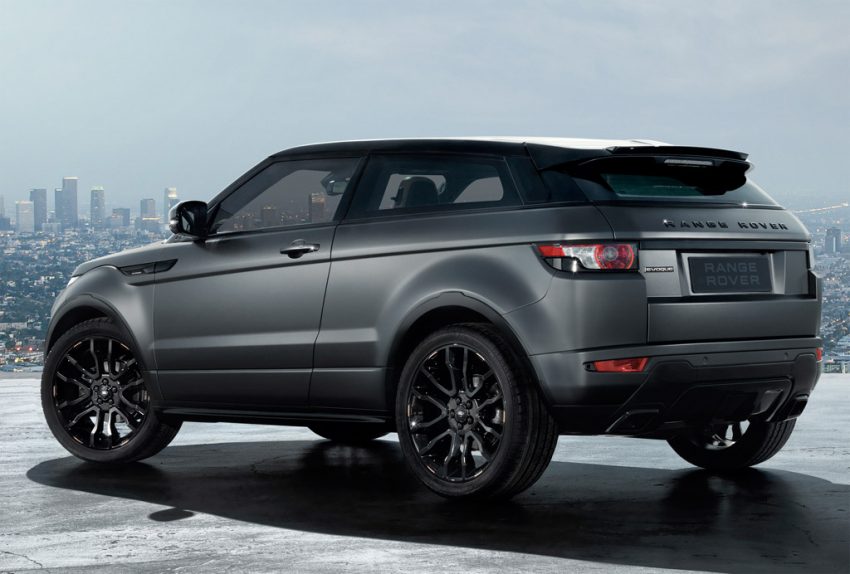 But that is a moot point when you consider that this is really the only luxury Crossover out there with off-road capabilities. The styling is loud and you will definitely be noticed wherever you go, but you will certainly get there, no matter the terrain.

It was difficult to decide between the top two cars on this list. The Porsche Macan is the vehicle that first made me like small SUVs and turn a more sympathetic eye towards Crossovers in general. The whole thing, against all logic, just works so nicely. The 2017 Macan Turbo is no exception. 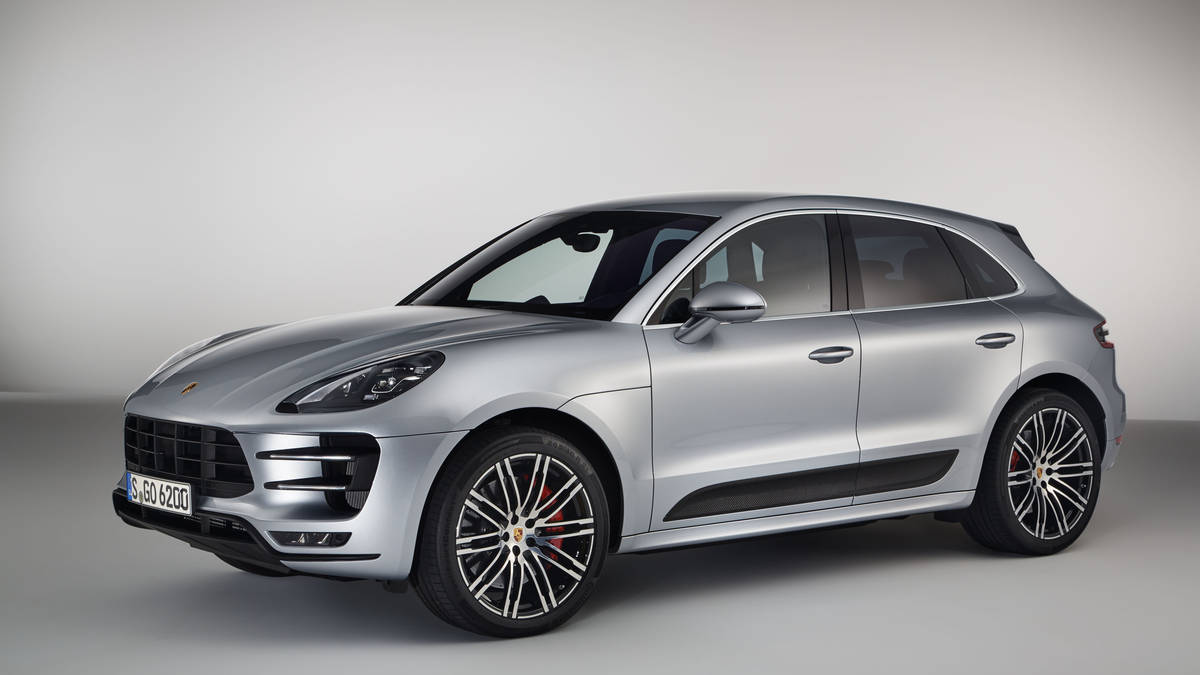 The styling is unmistakably Porsche and the SUV uses its footprint so effectively. There is good visibility, the wheels are way out at all four corners to improve stability, and the stubby nose and rear making parking that much easier. The interior is surprisingly spacious and well designed. 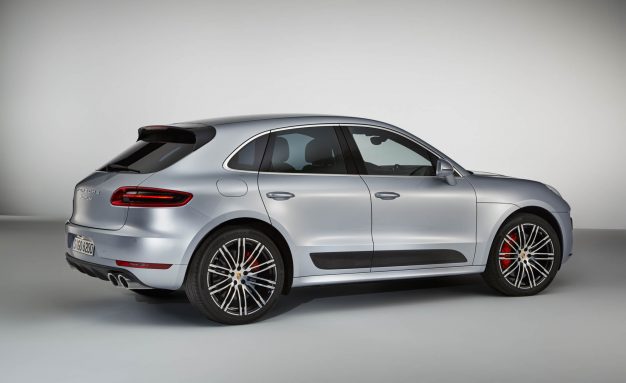 All of those high points don’t even touch he main appeal of the 2017 Macan Turbo: the ridiculous performance it offers. In top trim the Macan Turbo makes 440 horsepower and reaches 60 miles per hour after only 4.2 seconds. You can get the interior covered in Alcantara and have big ceramic brakes installed from the factory. This is an absolute athlete of a vehicle and still manages to do everything an SUV should.

So What Is the Best Small SUV?

It’s hard to say exactly why the 2017 Jaguar F-Pace is the best compact SUV this year. Competition is fierce and the F-Pace doesn’t offer anything particularly groundbreaking. What it does manage to do is fulfill what automakers have been trying to create for decades: a luxury SUV that is distinctly its own. 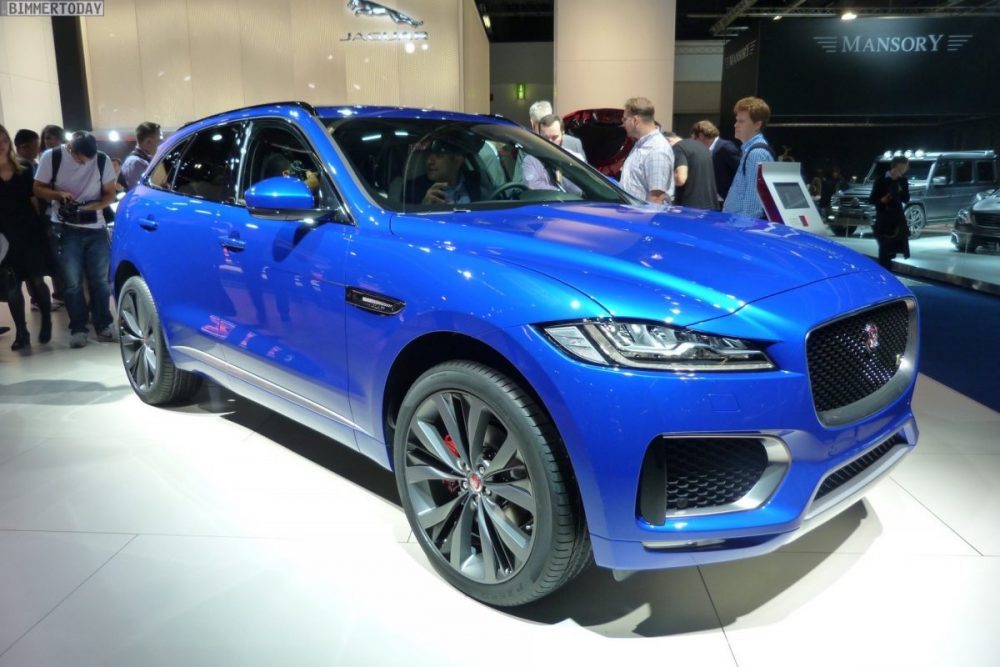 While it seems like a simple concept, SUVs are just not optimized to be unique or really have any character. They all have to be fairly large and offer practical features like different drive modes, all-terrain capabilities, and good cargo capacity. Because of this, we end up with a bunch of different looking versions of the same car all over the roadways. The 2017 F-Pace is somehow able to avoid this. 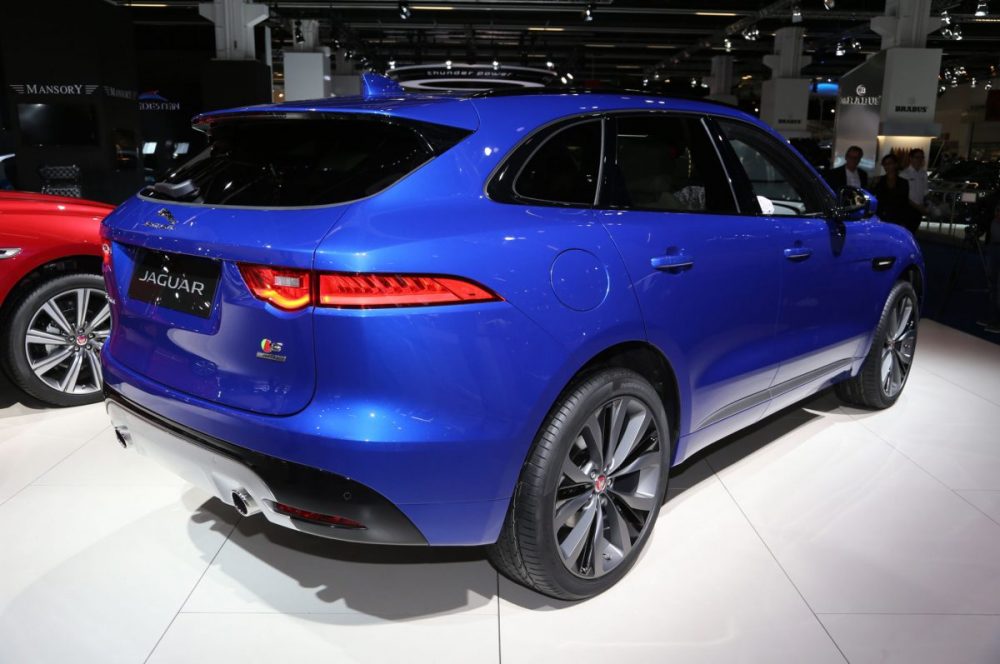 For one thing, the proportions all just work so well together. Seeing it, you would never guess that is Jaguar’s first attempt at an SUV. It looks great in photos and great in person. It is available with up to 380 horsepower and can achieve 60 miles per hour in 5.1 seconds. This is one SUV that I feel we will be seeing a lot more of in the years to come.


Buyer’s Guide to Purchasing Salvage Lamborghini Machines
9 Best Antifreeze and Coolant Car Products
2020 Land Rover Discovery Sport
Top 10 Best Used Cars Under $10,000 For Teenagers
The Best of 2021 Chevrolet
10 of the Most Powerful American Cars Ever Made