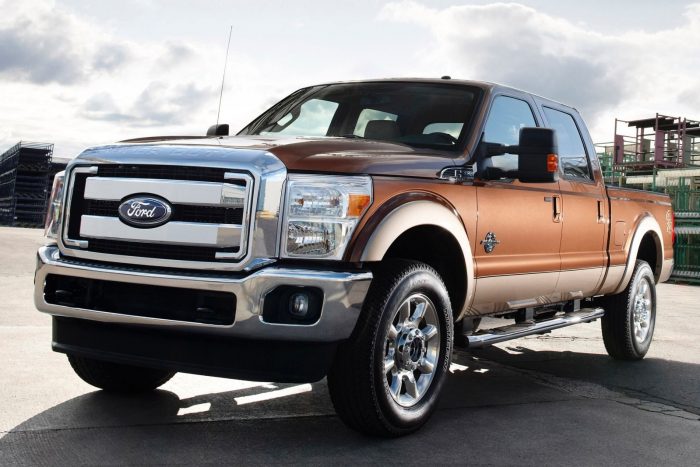 Pickup trucks used to be pretty basic workhorses that were designed to do a job, and do that job with little or no fuss. However, although you can still get a comparatively no-frills truck for the construction site or farmyard, plenty of us now want a pickup as a lifestyle vehicle or a daily driver. This has therefore led to more and more features and equipment being made available to truck buyers that you’d normally associate with luxury sedans or SUVs. Add the heavy-duty suspensions, four-wheel drive systems and powerful engines that are often vital components of today’s pickups to an opulent array of luxury features and equipment, and you can start to rack up some pretty hefty price tickets.

We’ve arranged the models in price order, starting with the least expensive and ending up with the most expensive. However, we have taken a bit of a liberty but putting the F-150 outside of strict price order, but you’ll see our explanation for that when you get to it.

So, if you’re looking to buy a pickup truck that’s as luxurious and well-equipped as it is durable and capable, here’s our list of the ten most expensive pickup trucks you can buy in the world right now. 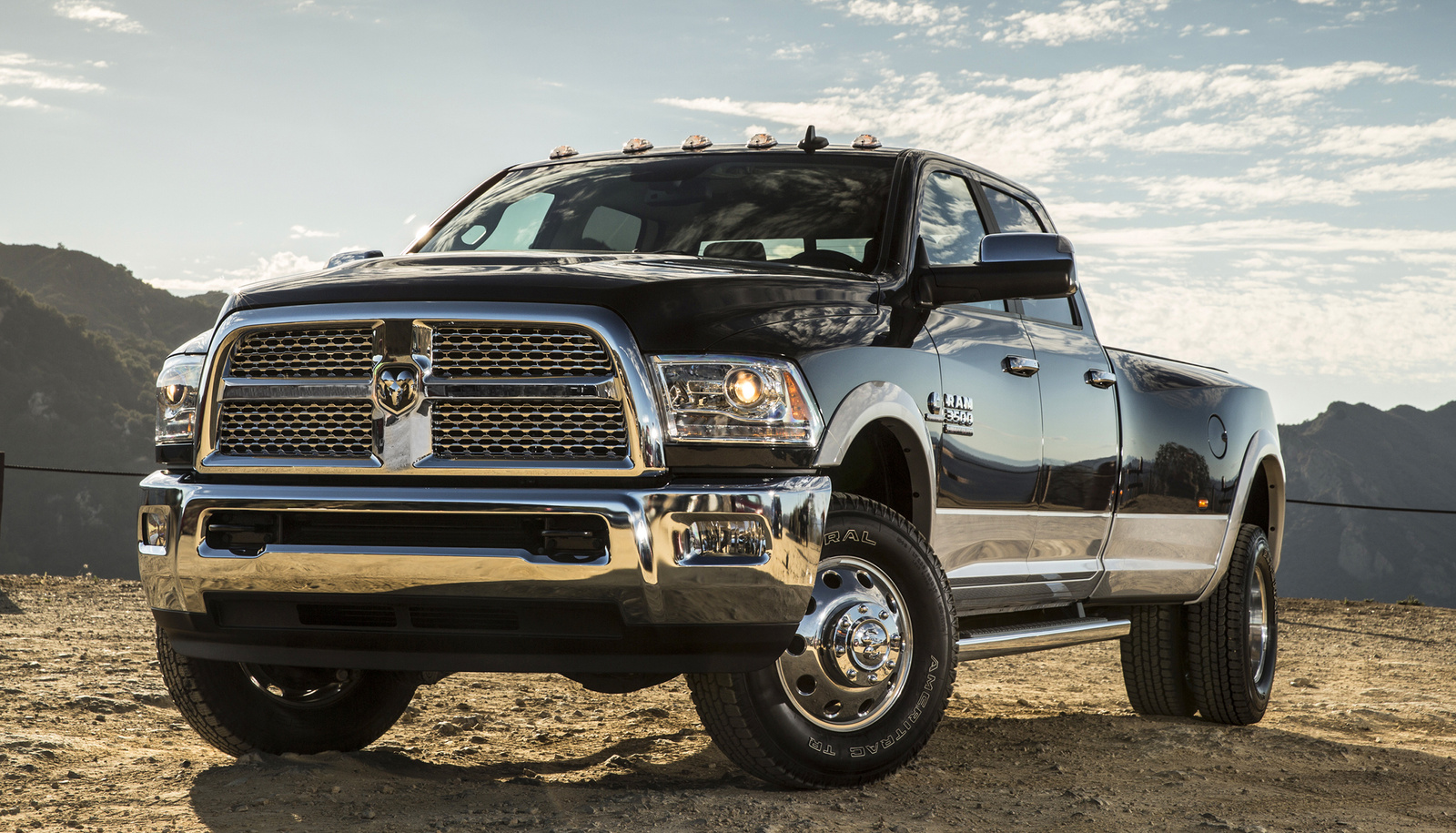 The Sierra is the more rugged cousin of GMC‘s hugely popular Silverado, and in its four-wheel drive Crew Cab 2016 Denali trim it comes with and MSRP of $54,540. If you’re feeling really extravagant you can chose the optional 6.2-liter Ecotec V-8 engine and Denali Ultimate package to take the cost of your 2016 Sierra to an eye-watering $63,485. Admittedly, that’s an awful lot of truck, but remember this is 1500 and not even a heavy-duty model. 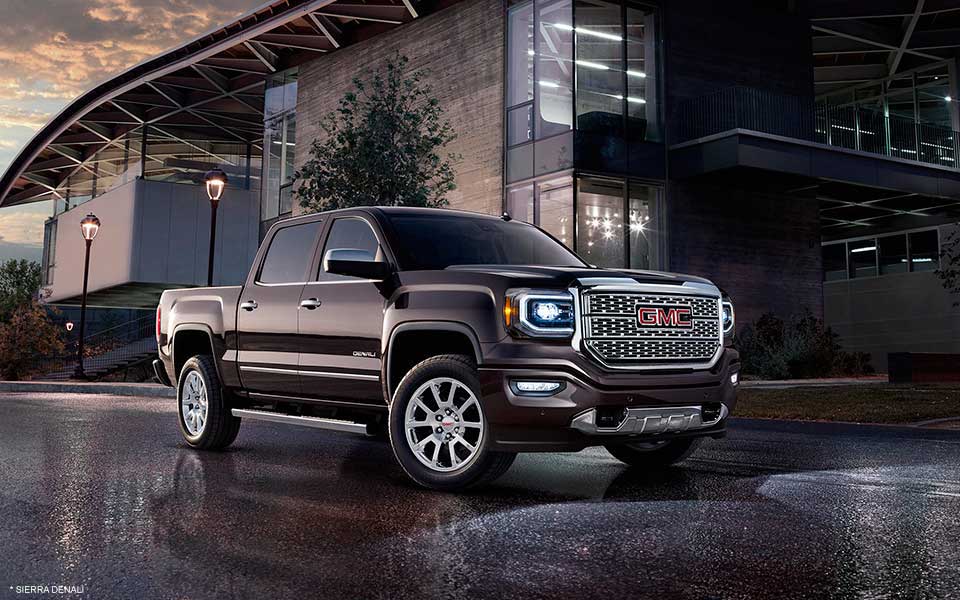 The Chevrolet Silverado 3500HD sees us getting into some seriously heavy duty trucking, and the most expensive version of the 3500HD is the High Country, which has a MSRP of $58,280 including destination. The Duramax diesel and the necessary Duramax Plus Package takes that price above $66k, and you can lift that higher with additional options. 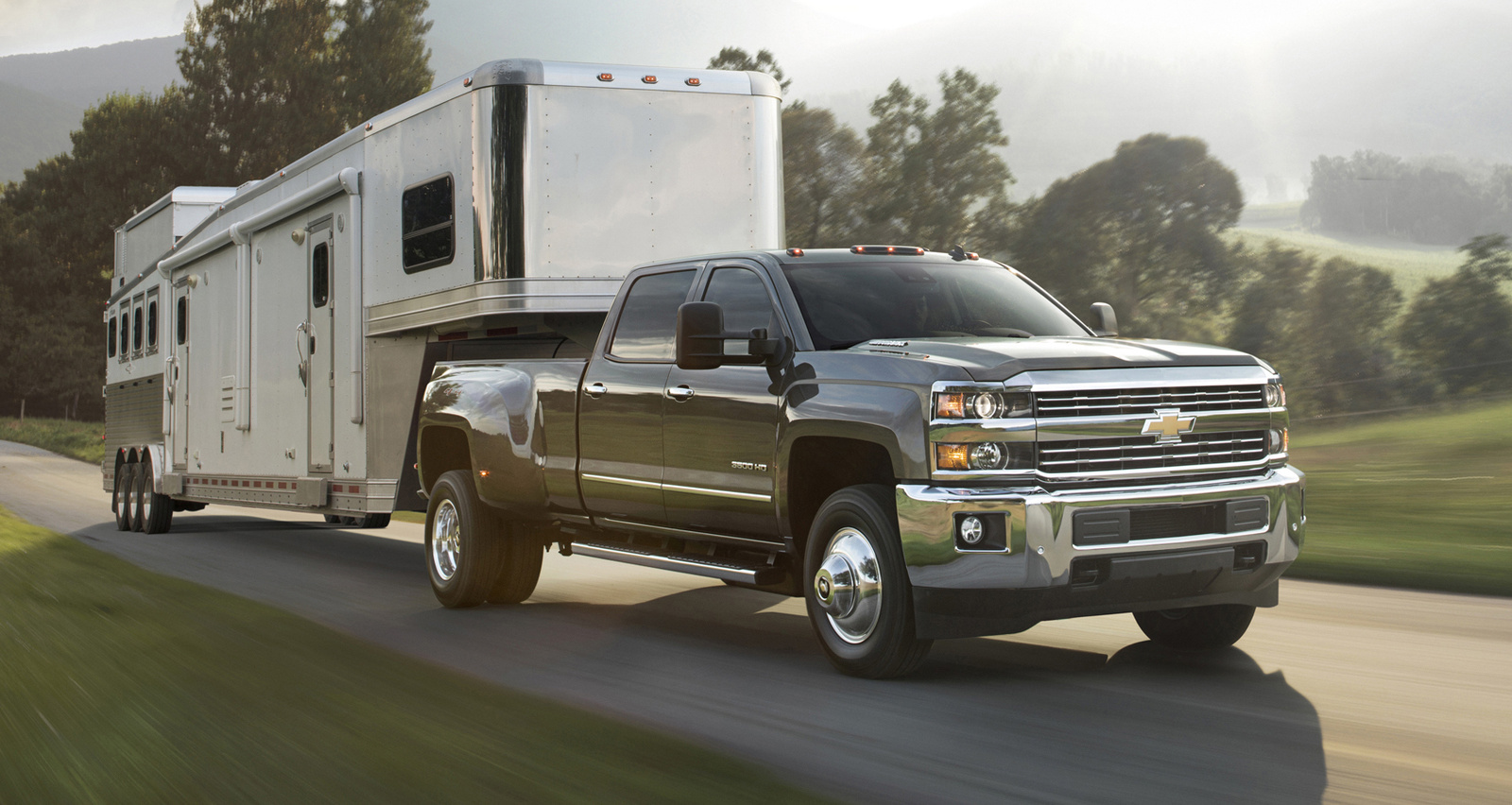 Power Wagon is an iconic name in Mopar truck lore that dates back as far as the 1940s. Today the Ram 2500 Laramie Longhorn has now overtaken it as the most expensive Ram 2500 you can buy in 2016 with an MSRP of $58,775. However, if you want a Cummings diesel version of the four-wheel drive, Laramie Longhorn Crew Cab, it will actually cost you $66,225. It may not give you quite as much power as it does in the bigger 3500 due to the lack of the Aisin transmission, but you won’t find too many tasks beyond its capabilities with this one’s 370 horsepower and 800 lb.-ft. of torque. 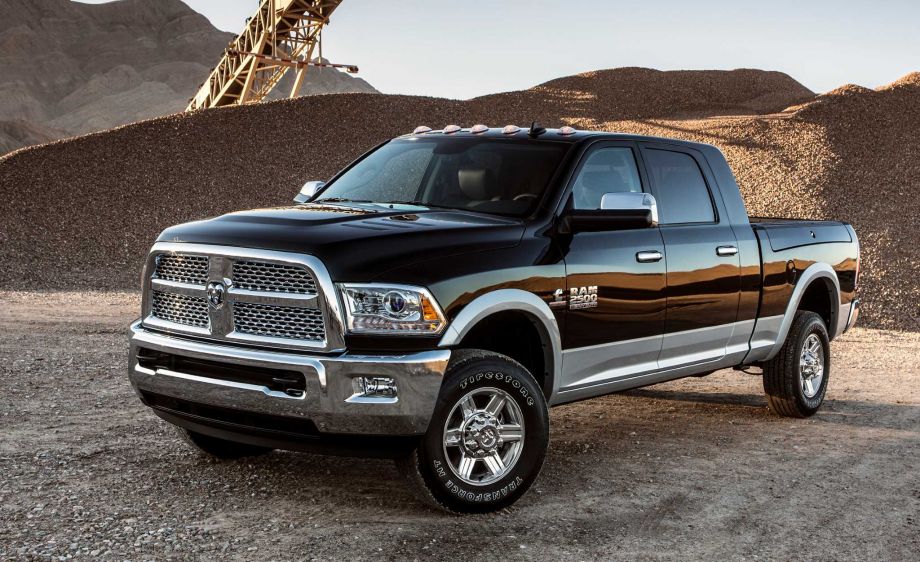 The entry into the Sierra’s heavy-duty family of trucks is the two-wheel drive Regular Cab version of the 2500 at just $34,730. The bells and whistles version is the Denali though, and that can see the bill for your new truck rise to $58,985. Once again, choosing a diesel will see that price rise to $66,530, but there are plenty of other options you can add to raise that price even further if you want. 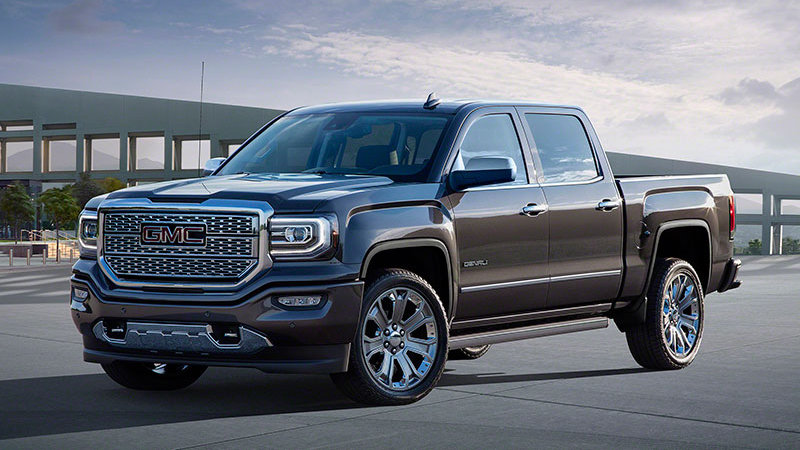 The Limited is now the top of the F-150 range. If you want the comfort and luxury of a Mercedes or but with the capability to haul a big load or tow a boat or a trailer, this is one to consider. The MSRP for this all-singing, all-dancing Ford F-150 is pretty serious at $62,195, but don’t forget this isn’t a heavy duty truck and doesn’t pack a powerful turbo diesel. It’s obviously not the most expensive truck here and it is out of price order here, but it’s definitely the most expensive model for its size and capability, which is why it makes fifth place on our list of most expensive trucks. 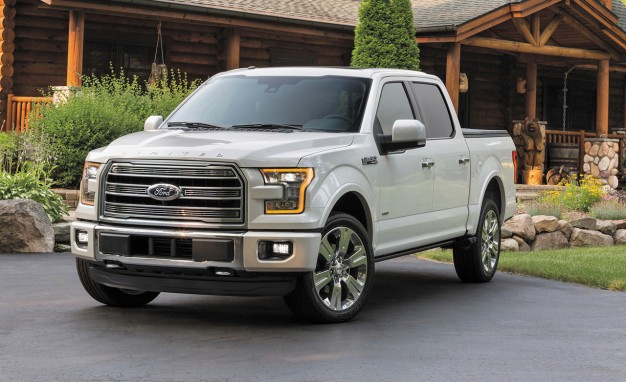 This version of the Sierra 3500 checks all the boxes when it comes to features and capability. It’s got four-wheel drive, it’s got that hugely powerful Duramax diesel and it’s got the luxurious Denali trim. It’s hard to imagine you wanting to add much to what you get here for a mere $66,865, but if you check out the options list you could take it very close to that $70k threshold. The Denali name is synonymous with luxury, and if you check one of these out you’ll quickly realize why that is. 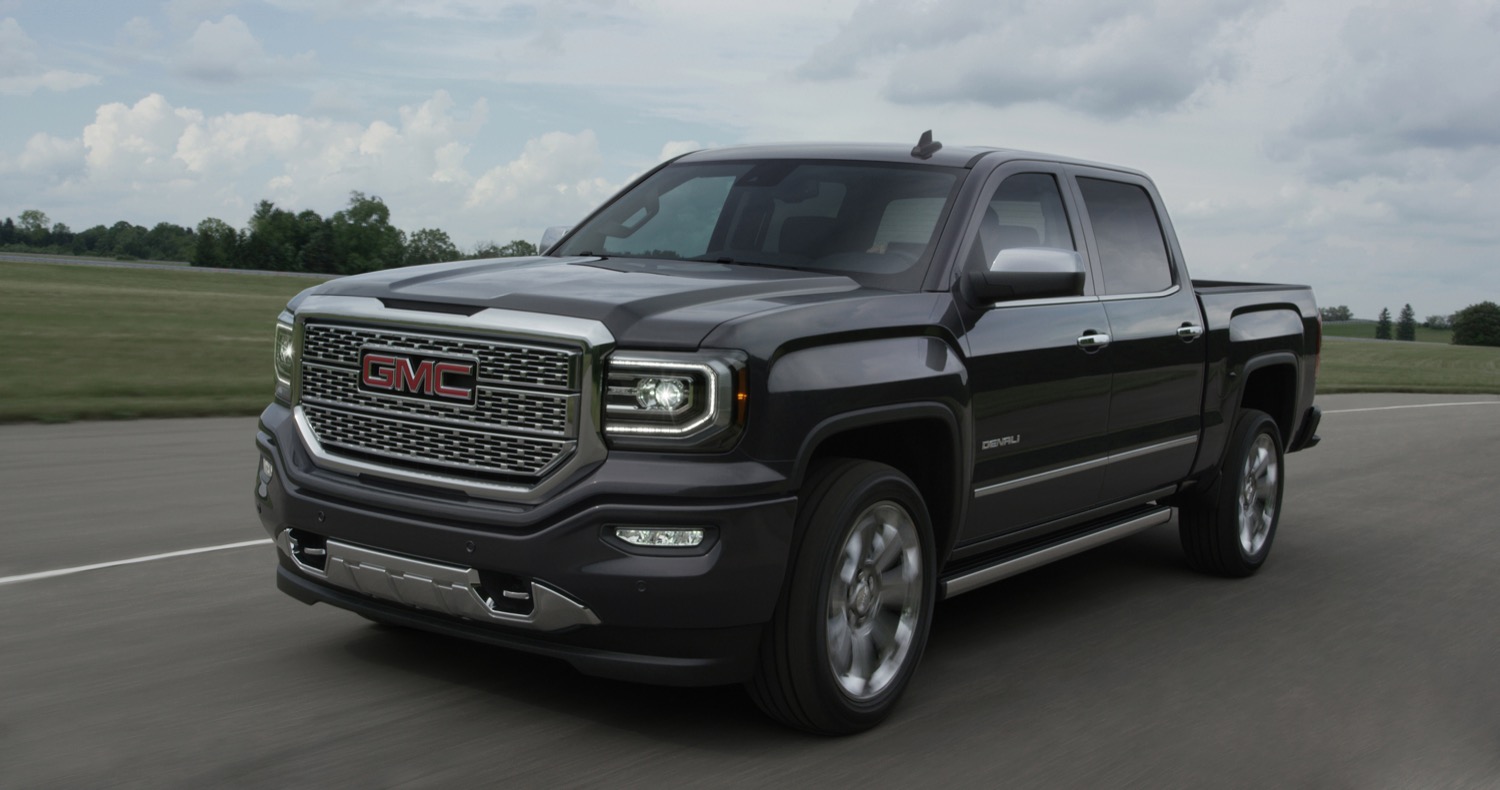 The F-250 is the smallest of Ford’s Super Duty lineup of trucks, although the use the word “small” should come with an advisory note as this isn’t a small truck by any standard. The top-of-the-pile model in the F-250 family is the four-wheel drive Crew Cab Platinum model that has a starting MSRP of $58,435 including destination. Go for the 6.7-liter PowerStroke turbo diesel engine option and see that price rise to $66,915, but you are getting yourself 440 horsepower and an extremely substantial 860 lb.-ft. of torque at that. 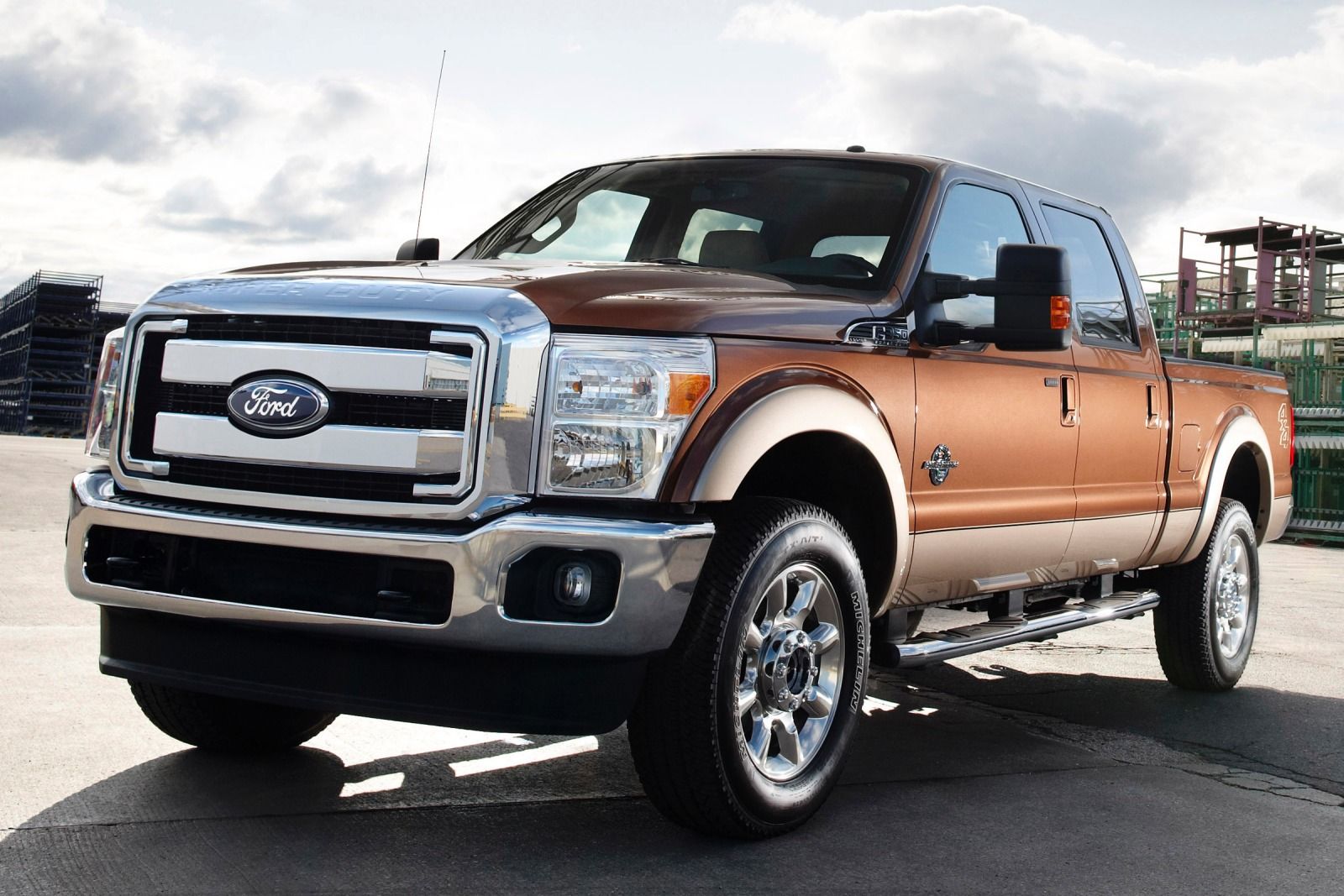 The evergreen Chevrolet Silverado is a great example of how much you can jack up the price of a truck by heading to the top of the range and choosing the most expensive engine option. In its basic form, this entry into the Chevy truck heavy-duty truck range will cost you a mere $34,150 with destination charge. At the other end of the scale, the 4×4 High Country will set you back as much as £67,445 if you want the 6.6-liter Duramax turbo diesel engine option that then requires the Duramax Plus Package. 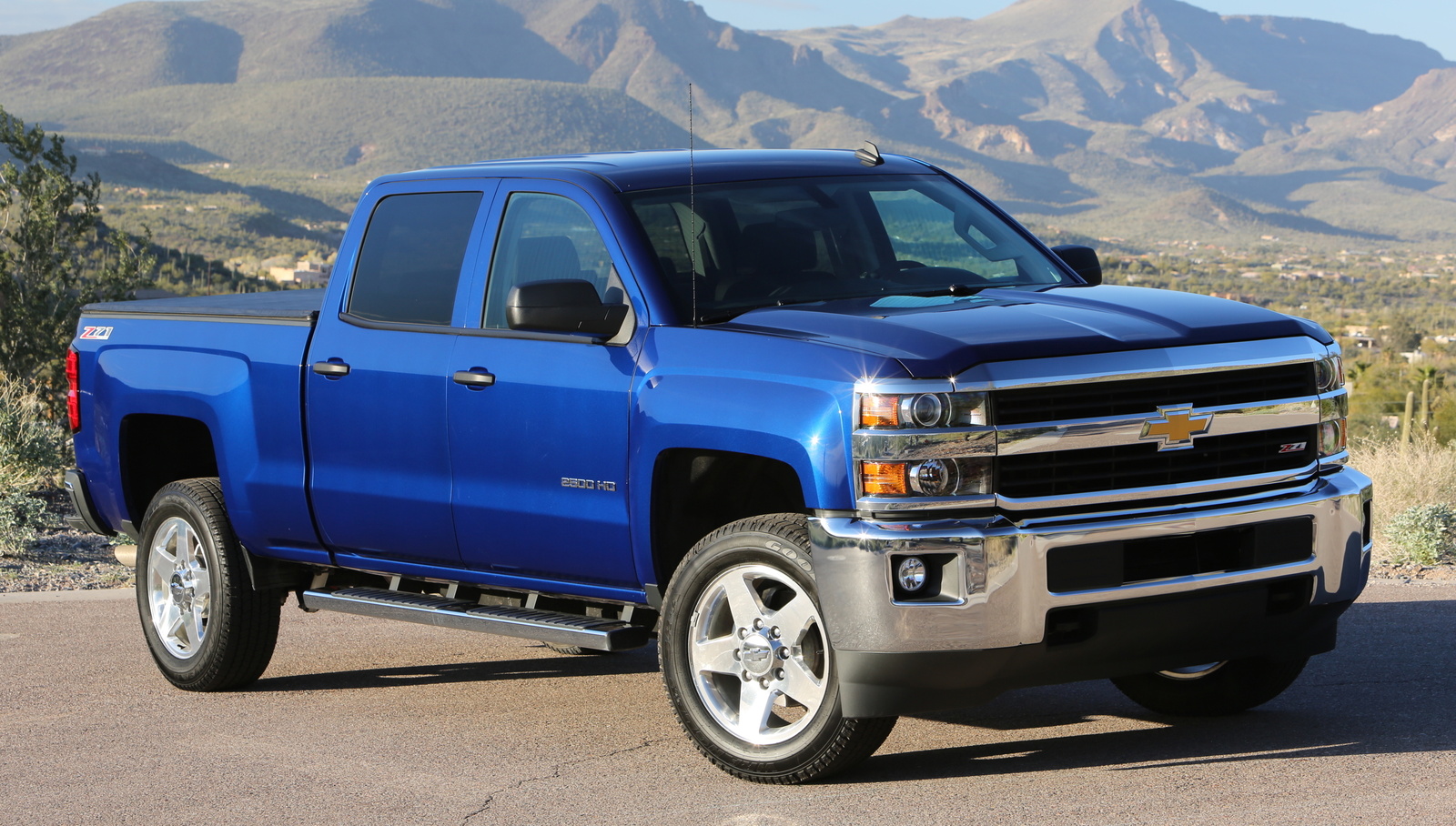 If you look hard enough in the brochure, you may be able to find things like towing hitches and the like that can increase the price of the Ford F-450 beyond its basic MSRP, but you won’t find much. Just about everything you can think of is included with this beast of a truck, but then again it should do at an MSRP of $72,515. You don’t even have to close your eyes when checking the diesel option box as this beauty only comes with a 6.7-liter Power Stroke V-8 diesel. 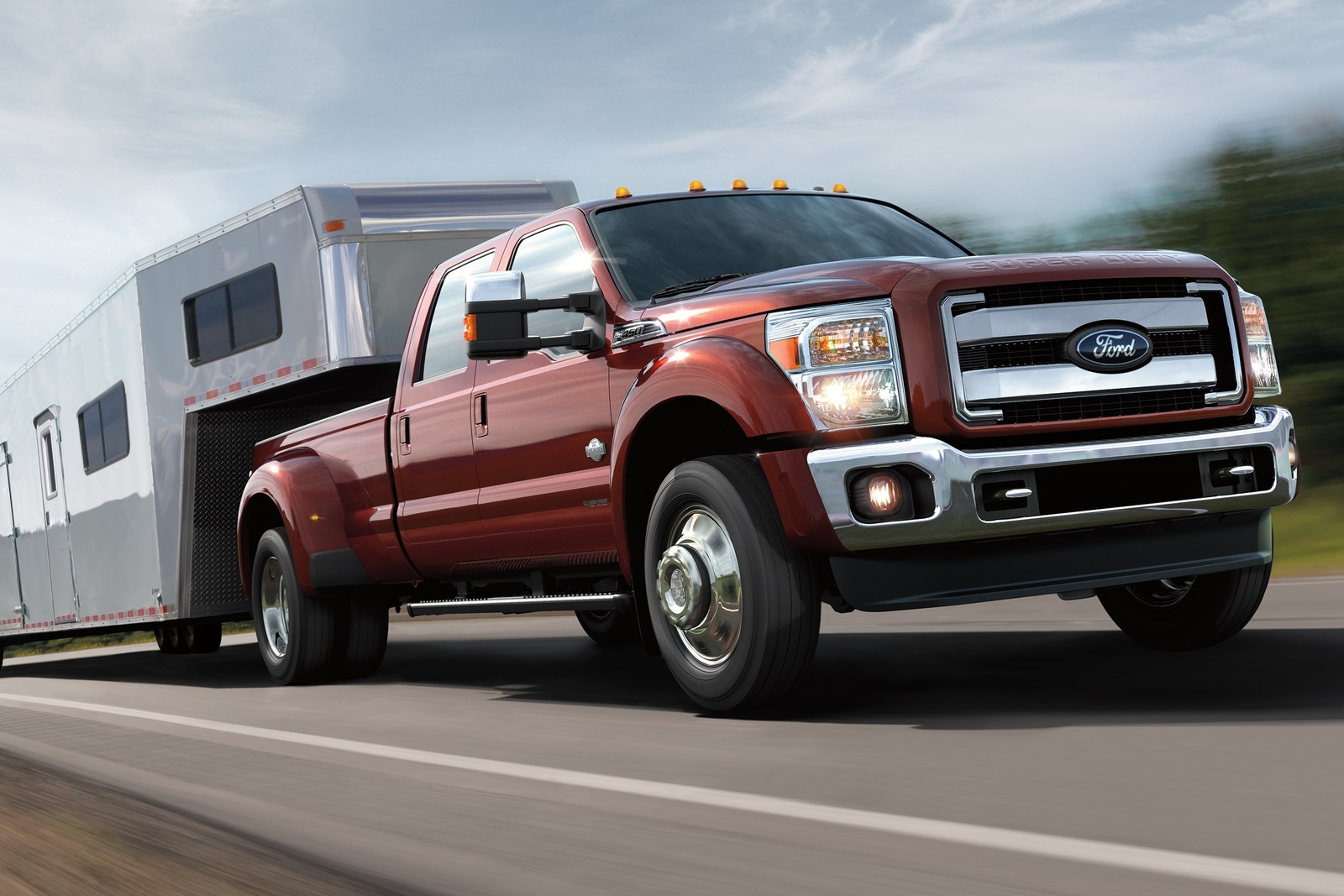 The Ram 3500 Longhorn Limited is the second of our two trucks that send you north of the $70k mark in its diesel, four-wheel drive Mega Cab form at $74,645. The horsepower of this diesel brute may sound low by muscle car standards at just 385 horsepower with the Aisin auto transmission, but it’s the almost ridiculous 900 lb.-ft. of torque it offers that really gets the job done. To be fair, you’ll be hard-pressed to find many things this truck can’t cope with. That is, apart from being able to fit into anything resembling a regular-sized parking space that is.